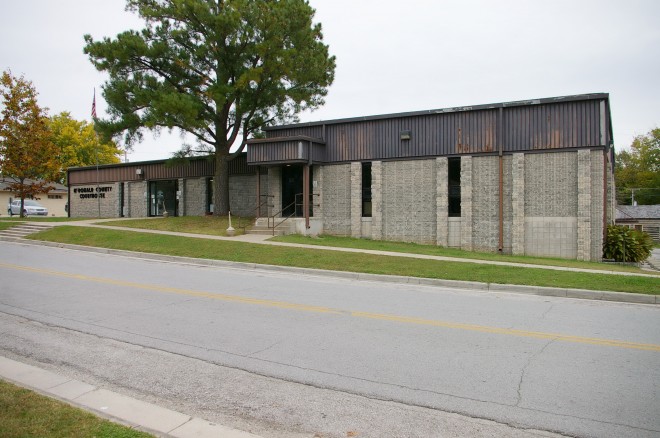 McDonald County is named for Alexander McDonald, who was a soldier in the American Revolutionary War. 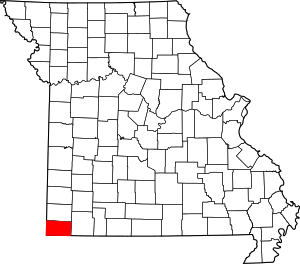 Description:  The building faces west and is a one story stone and concrete  structure. The building is located on landscaped grounds in the center of Pineville and is 72 feet by 84 feet. The south section of the building extends west with narrow vertical windows and an entrance with small canopy above. The north section has wide glass doors. A wide band of metal trim follows the flat roof line. 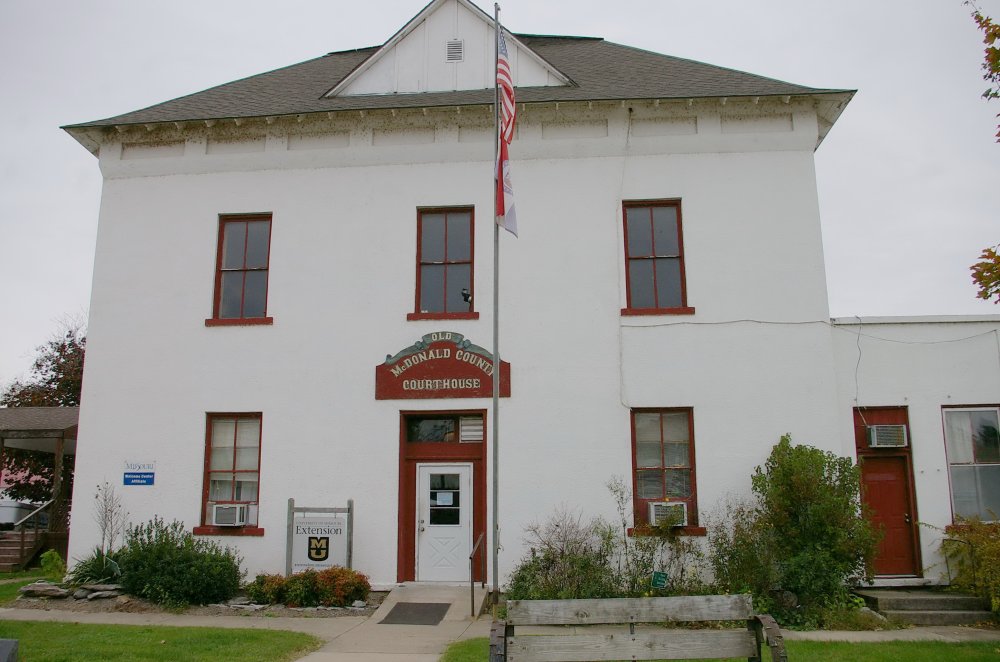 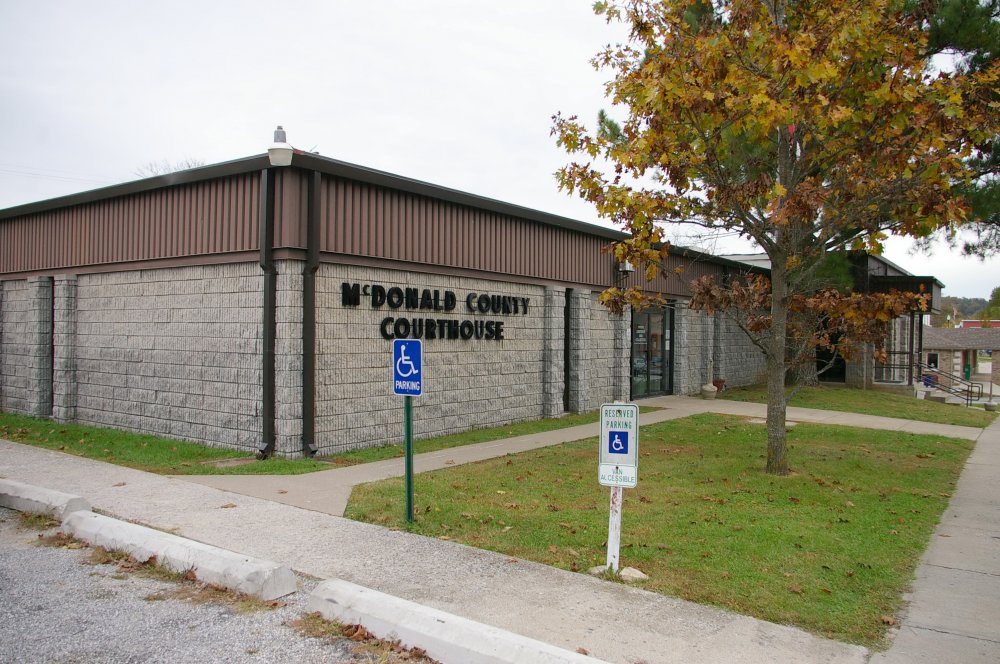 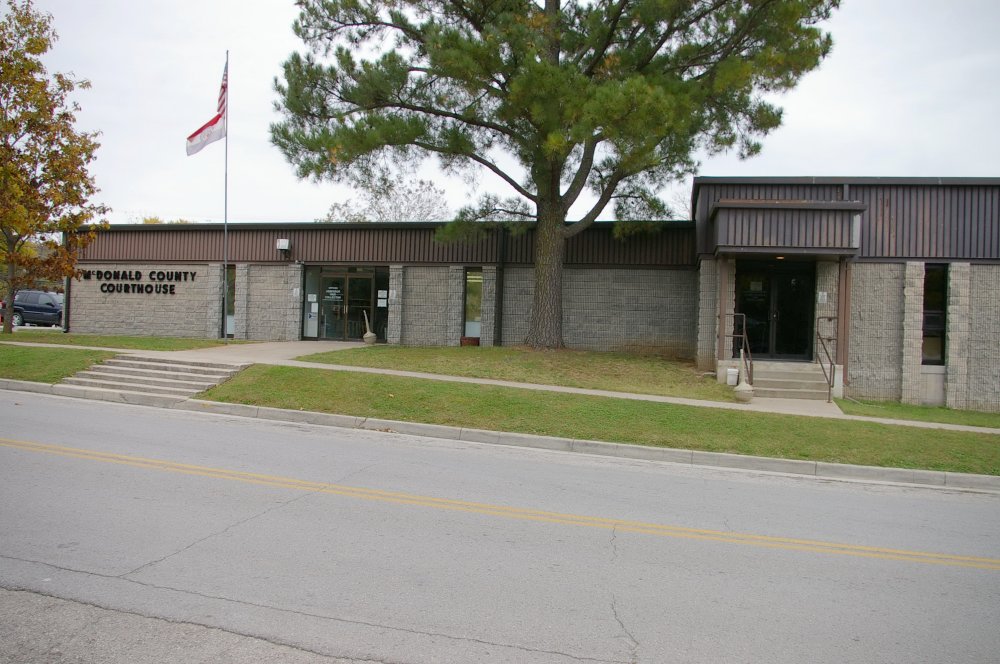 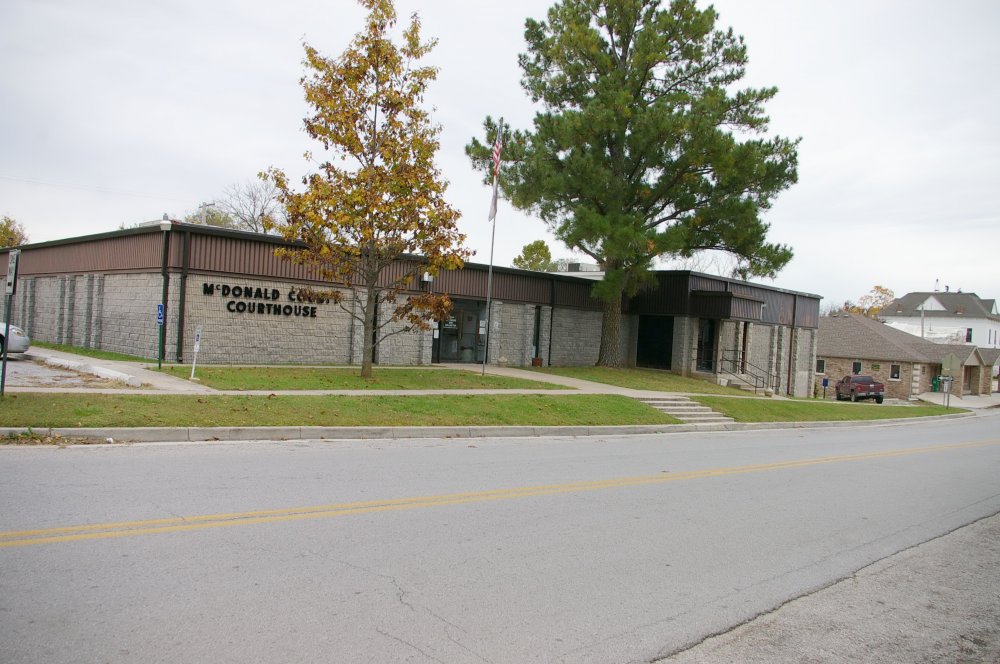 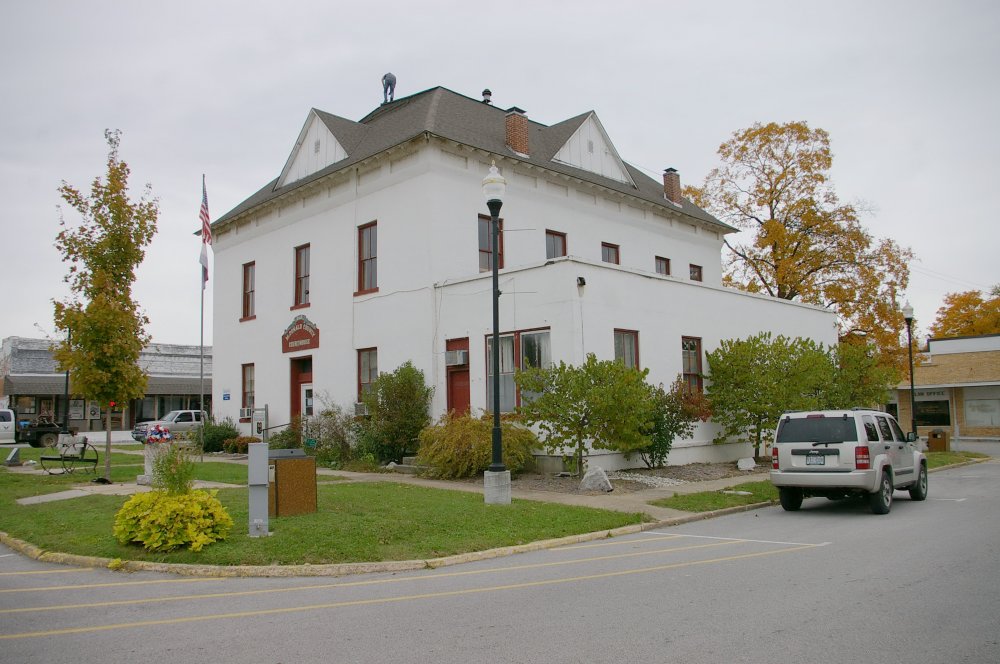 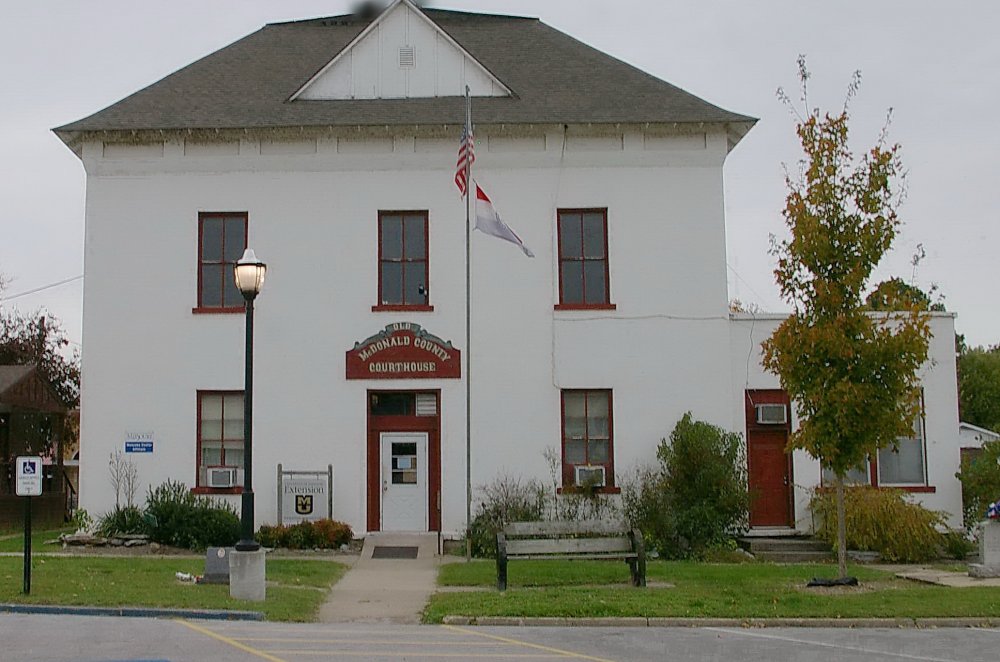