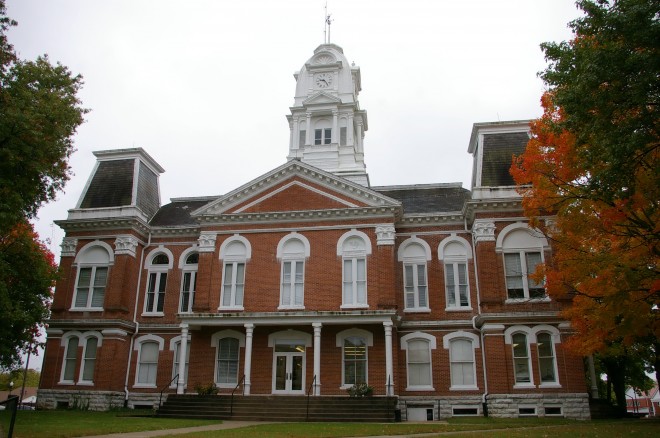 Howard County is named for Benjamin Howard, who was the first governor of the Missouri Territory, a Congressman from Kentucky and who fought in the War of 1812.

Description: The building faces southeast and is a two story red colored brick and stone structure. The building is located on the landscaped grounds of the Courthouse square in the center of Fayette. The center section on all four sides project with wide porticoes on the first story with four columns and three arched windows on the second story. Above are wide pediments. Other windows are arched with limestone trim. On each corner is a square red colored brick tower with mansard roof. The foundation is course stone. On the center of the building is a high white colored wood cupola with clock. The building houses the County Circuit Court. The superintendent was James Simpson. The building was renovated in 1968 to 1970. The architect was Carroll Hutchens of Frangkiser & Hutchens and the contractor was Don L Bron. A fire gutted the building on December 31, 1975 and the exterior walls were retained. 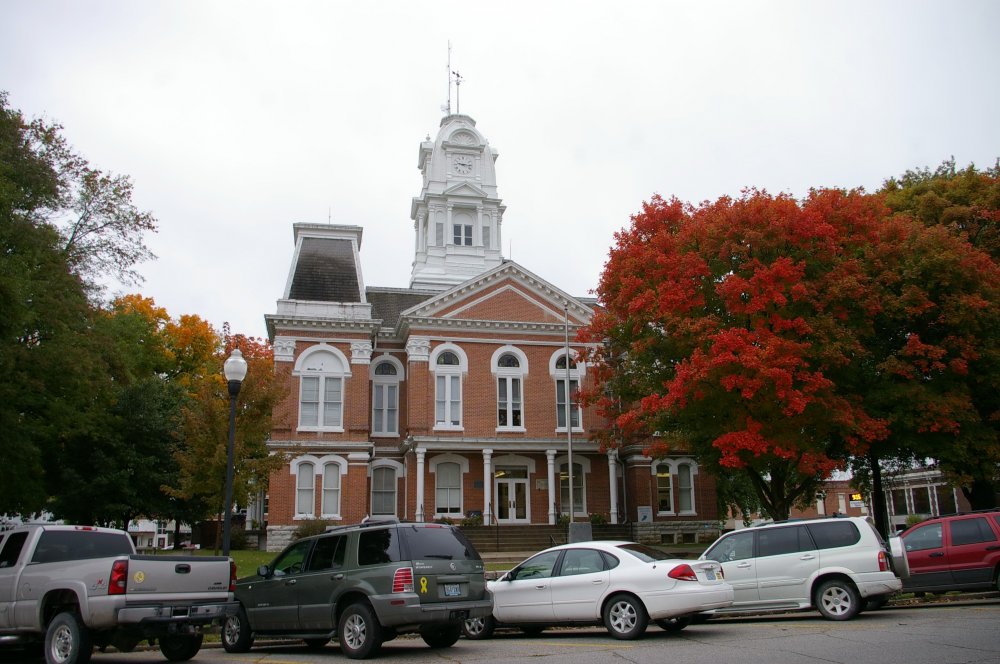 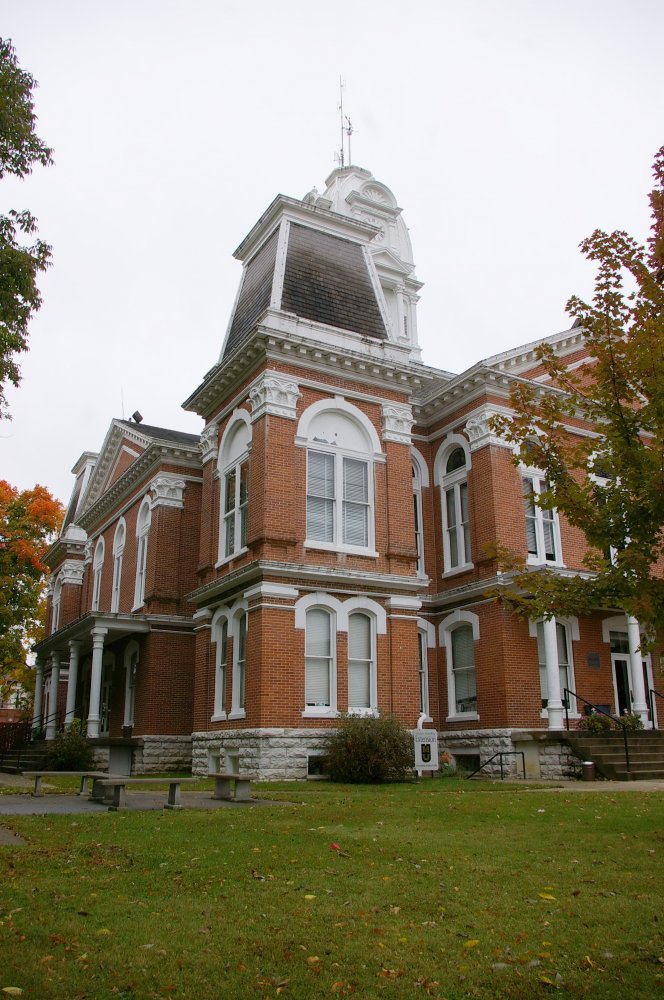 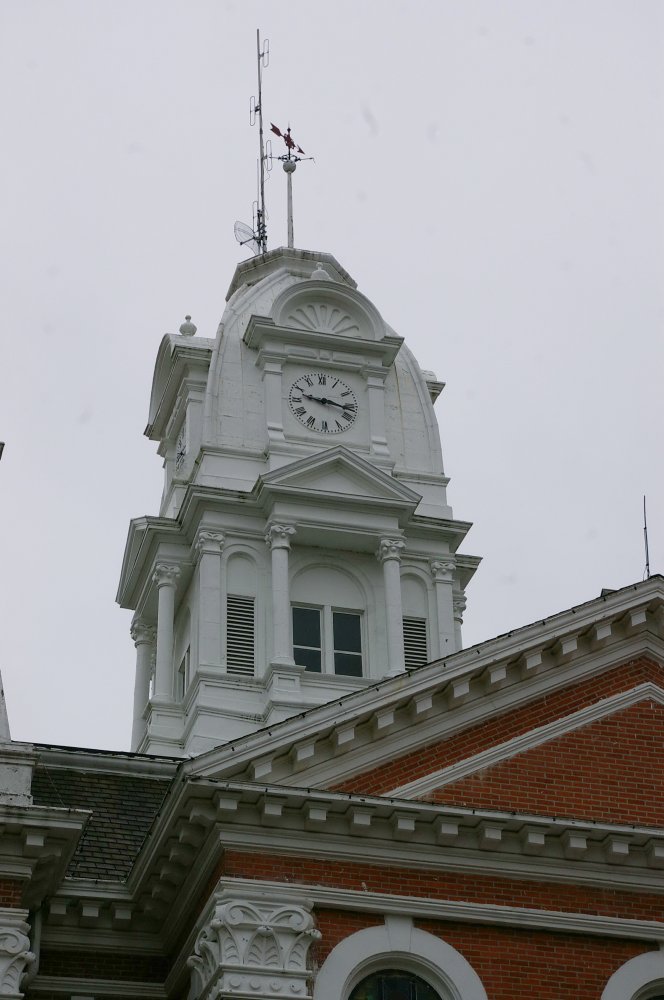 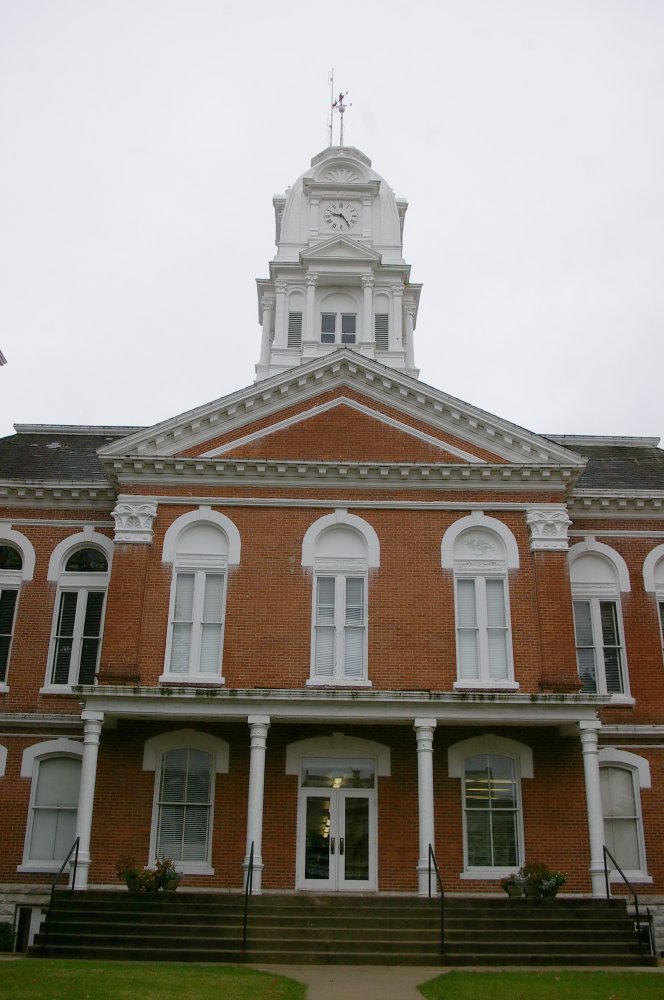 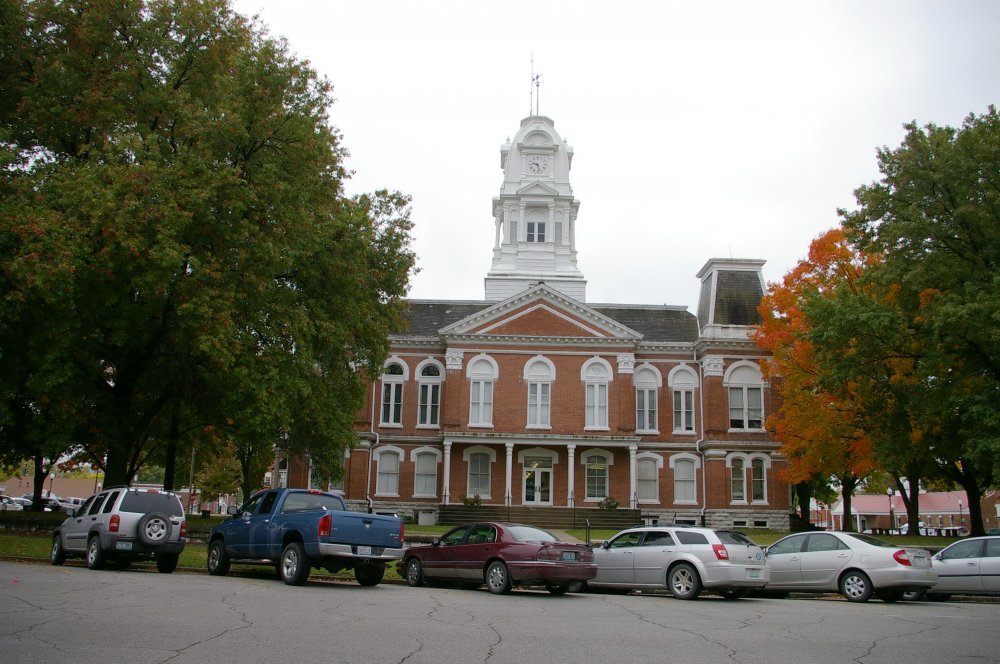 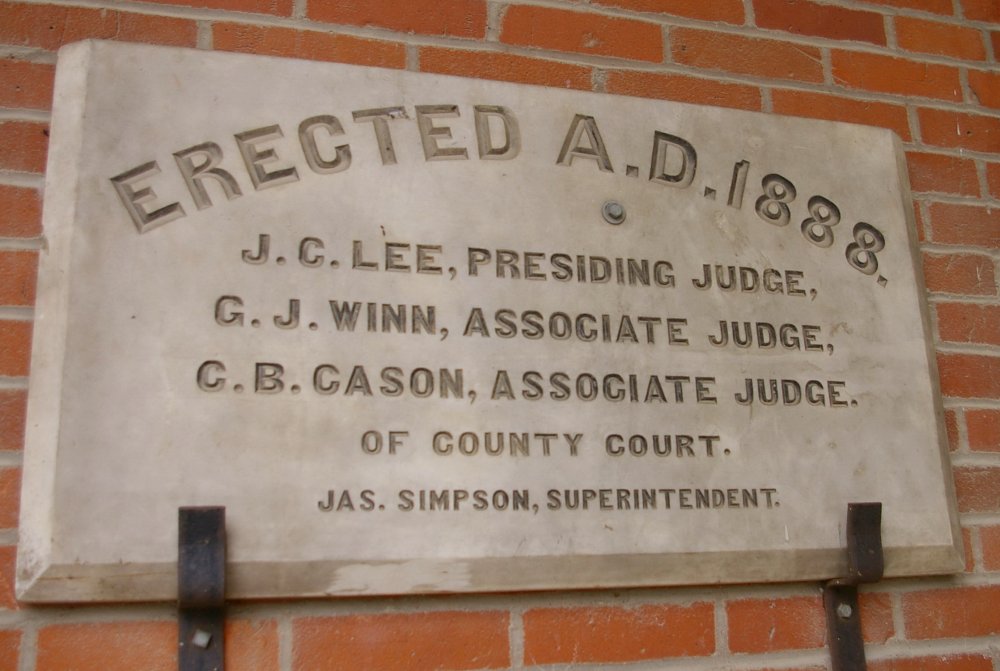 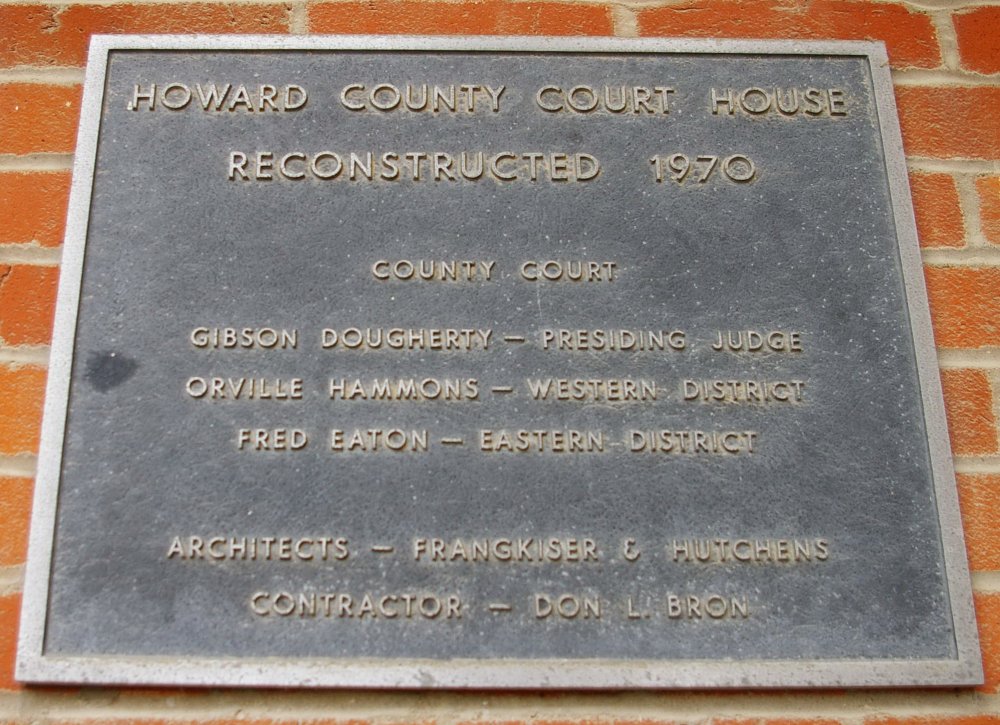 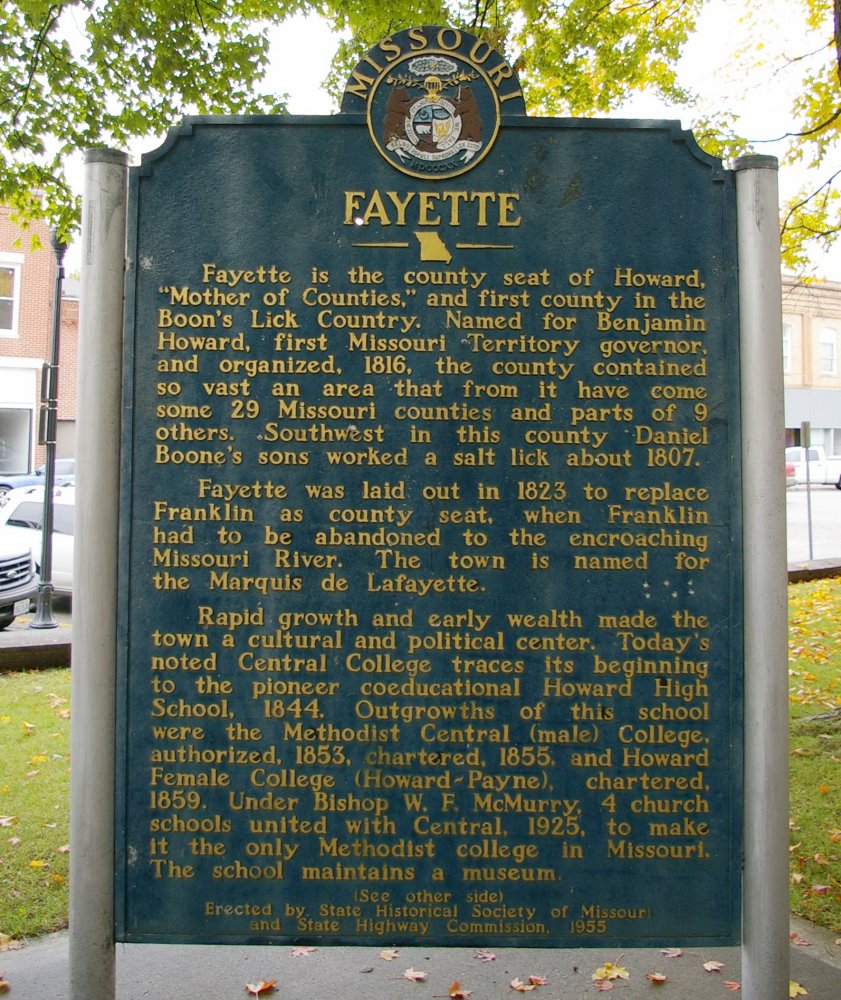 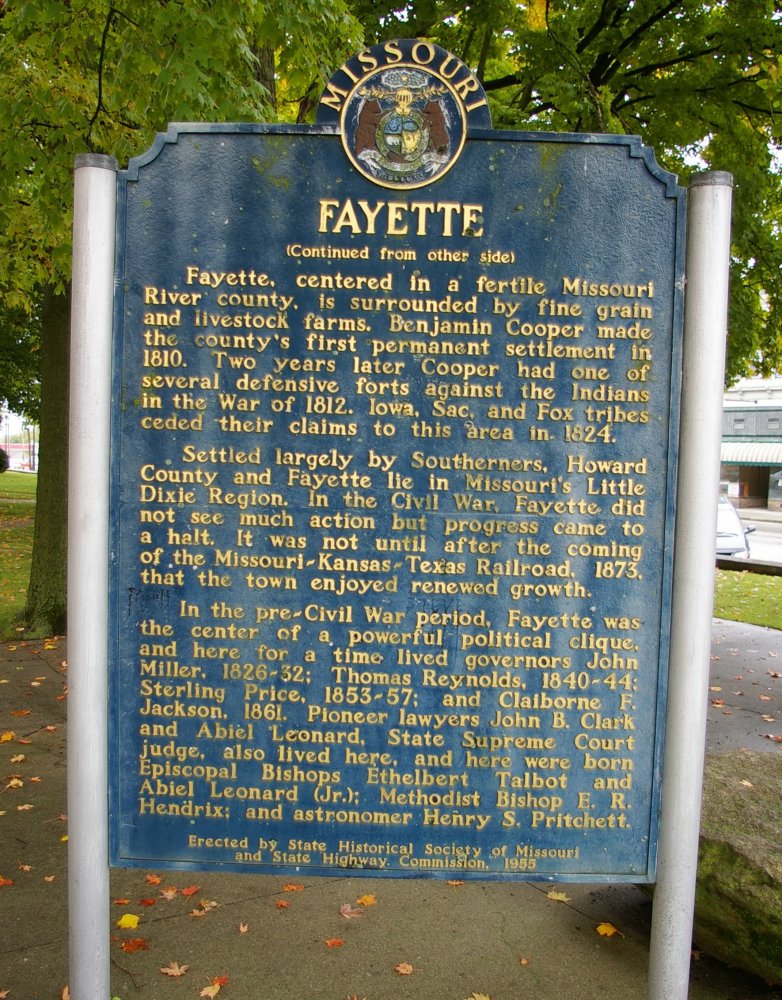