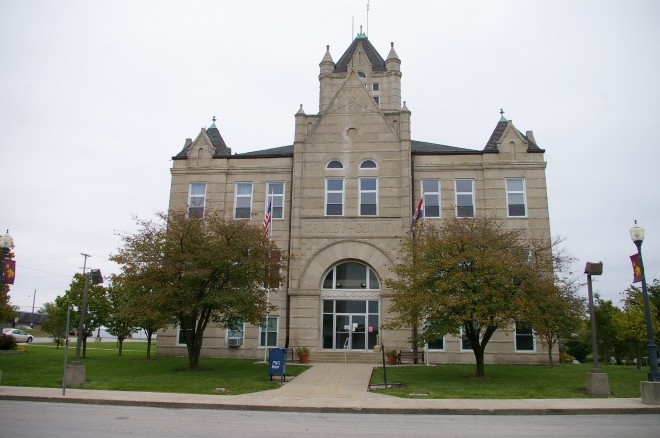 Description: The building faces northwest and is a three story cream colored Bedford stone and concrete structure. The building is located on landscaped grounds in the center of Trenton. The building is 79 feet by 84 feet and has alternating courses of rough and smooth stones. The west front has a large arch at the first story entrance and rises to a peak above the roof line. There is a square stone tower on each corner with peaked roof. On the center of the roof rises a large square stone tower with peaked roof. In the interior the Circuit Court courtroom is located on the third story and is 31 feet by 52 feet. The building houses the County Circuit Court. On the north side of the courthouse is the old County Jail.

History:  The county was created in 1841 and Trenton was selected as the county seat. The first courthouse was built by William Collier, Larkin Richardson and Joseph Thompson of Howard County under the supervision of Andrew J Walker in 1842 to 1844 at a cost of $6,000. The second and present courthouse was constructed in 1903 to 1905 at a cost of $60,000. 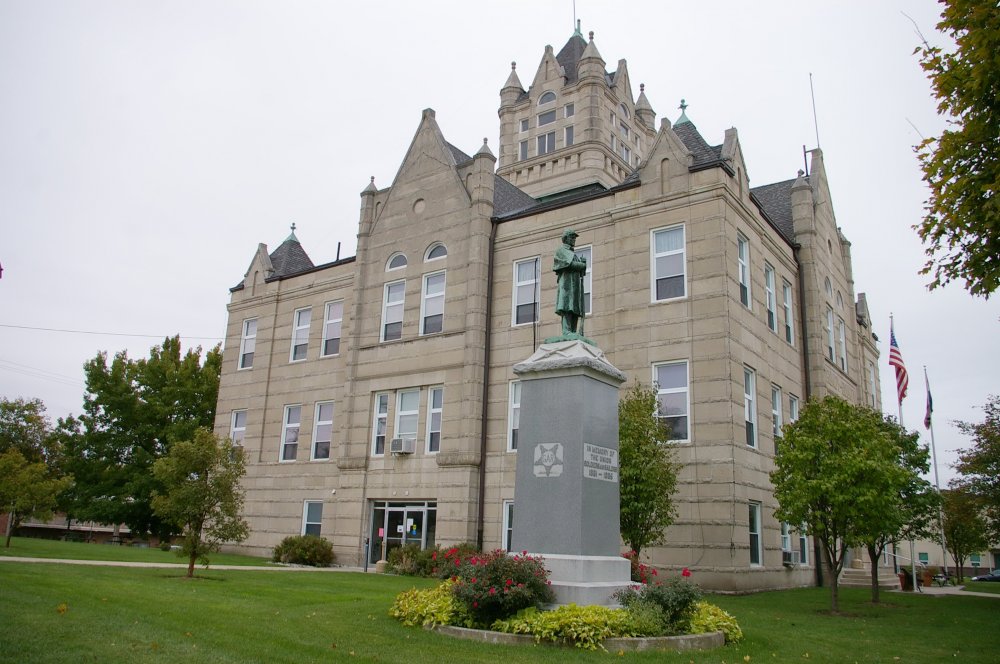 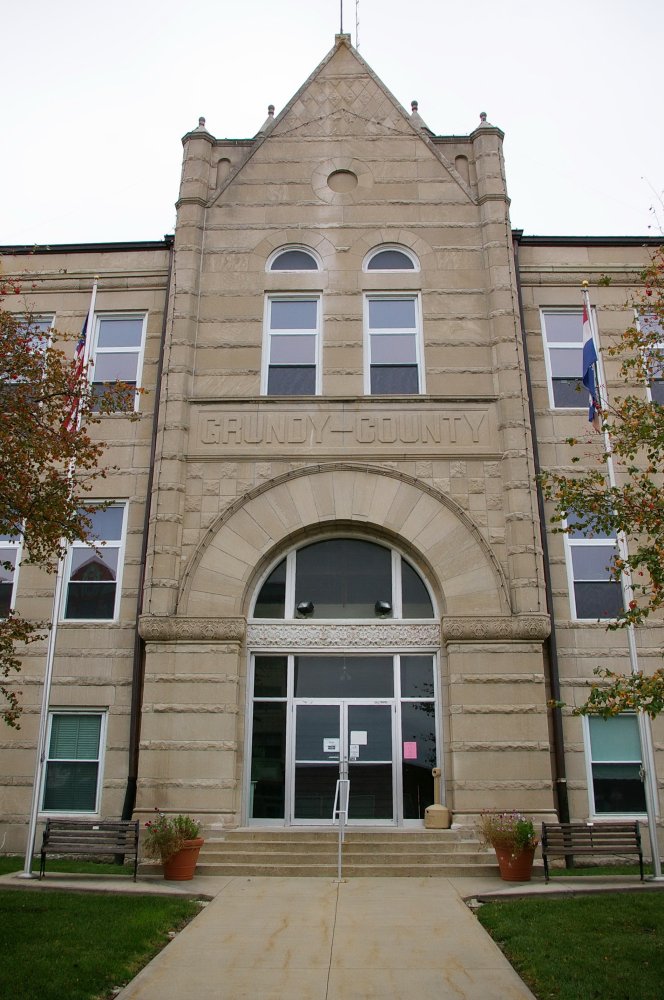 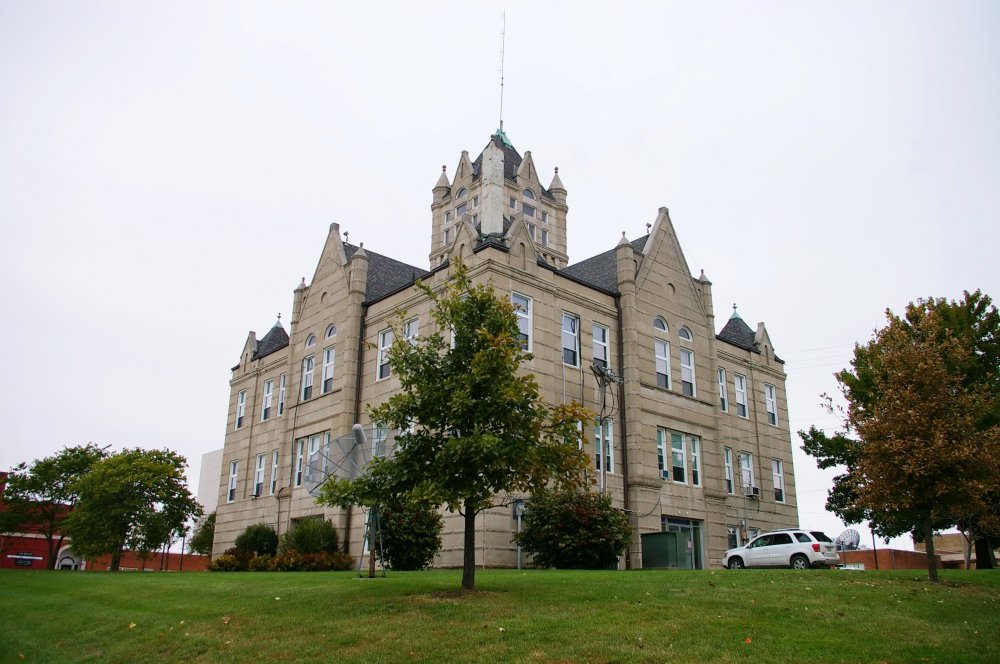 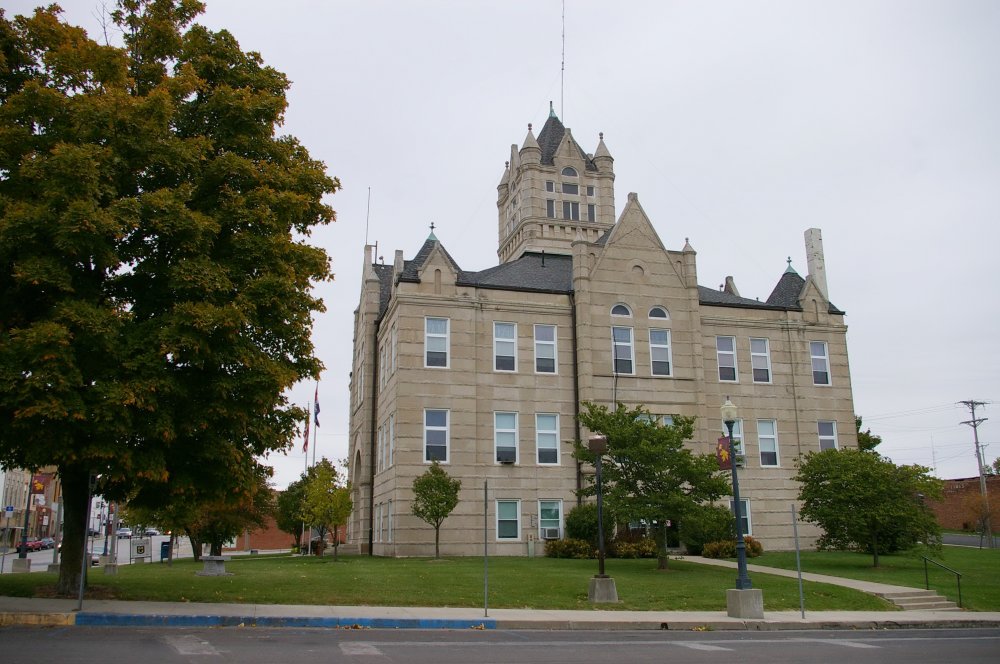 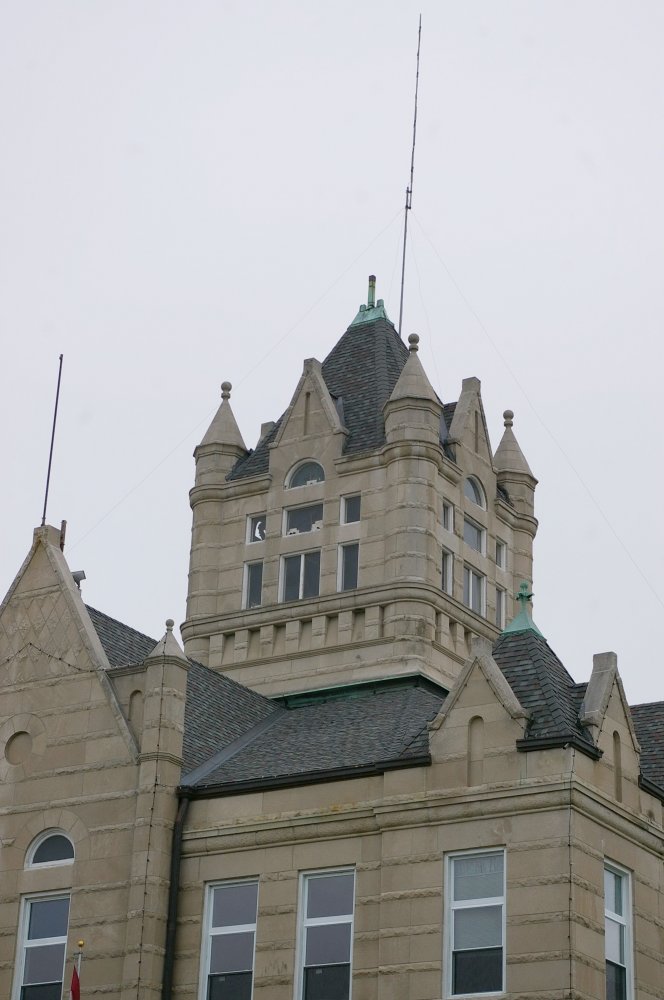 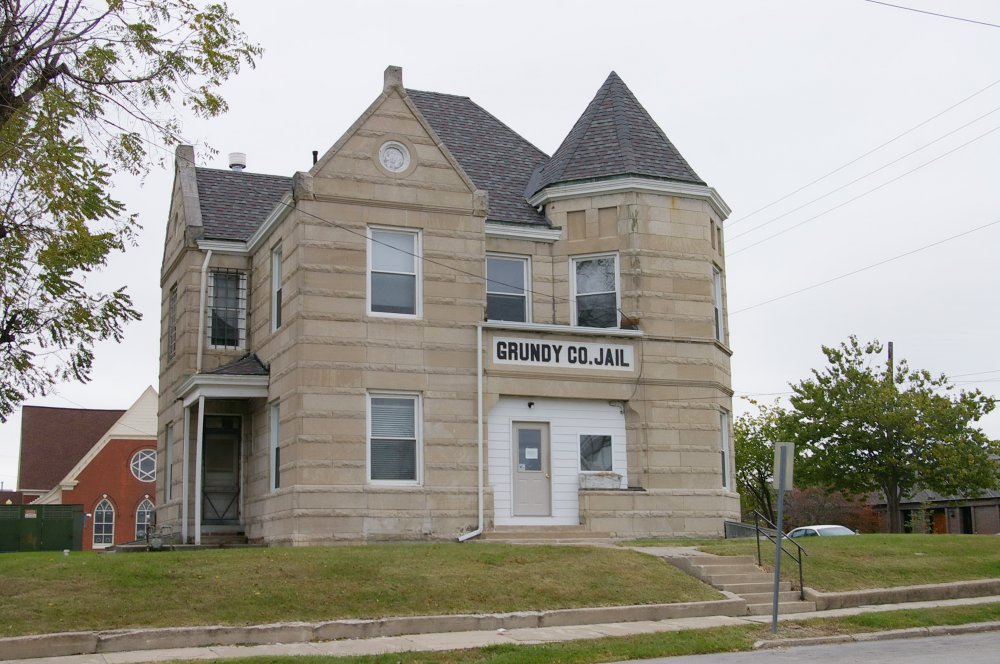