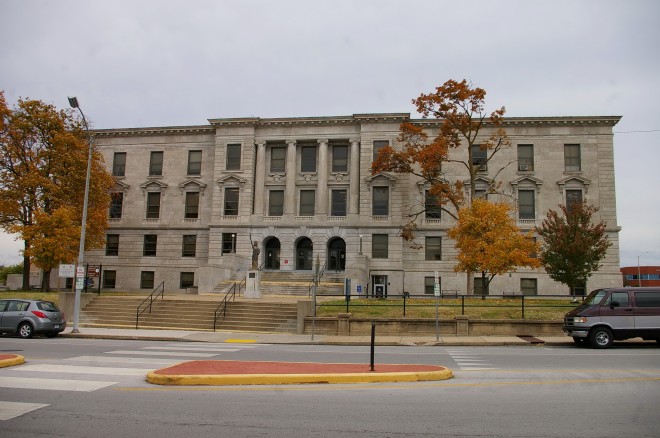 Greene County is named for Nathanael Greene, who was a general in the American revolutionary War. 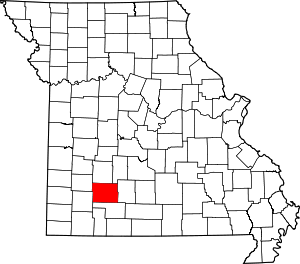 Architect:  A N Torbitt of Miller, Opel and Torbitt of Jefferson City

Description: The building faces south and is a three story Greene County Phoenix stone and concrete structure. The building is located on landscaped grounds in the center of Springfield and is rectangular being 100 feet by 200 feet. The south front has three arched entrances on the first story and four columns rising from the second story to the top of the third story. The center section projects from the main building. A belt course runs between the first and second floors. The second floor windows are elaborately ornamented with carved stone balustrades matching the balustrade above the entrance doors, and pediments supported by ancons. The interior has retained its integrity in the public spaces. The main entry doors on the south facade are surmounted by leaded glass arched windows with ancons centered over the interior of each arch. This entrance leads into the first story vestibule with marble floors and walls. The walls have dentils above the structural columns between the doors. Oak and glass doors lead into the rotunda. The rotunda floors are marble with a contrasting hexagon in the center. Stairs on the east and west sides of the rotunda lead up to the second and third stories. The courtroom is located on the second story. 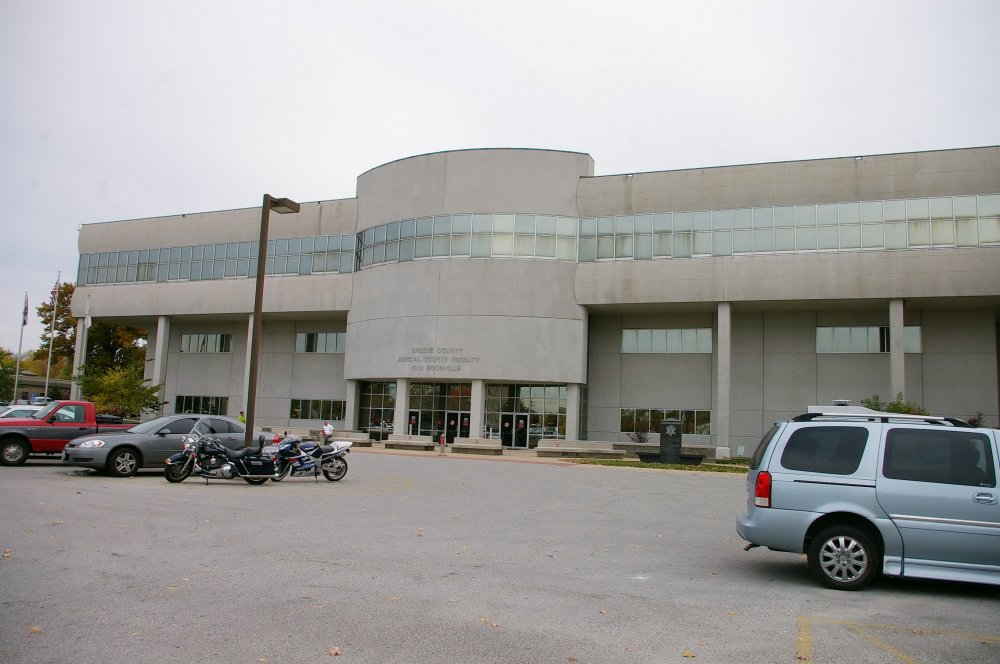 Description: The building faces west and is a four story light gray colored stone, concrete and glass structure. The building is located on landscaped grounds in the center of Springfield on the north side of the courthouse. The west front has a semi circular section in the center with four columns on the first story with the glass entrance behind. Five high columns support the third and fourth stories. Horizontal glass windows run across the upper part of the building. The building is named as the County Judicial Courts Facility.On the south side is the County Justice Center. 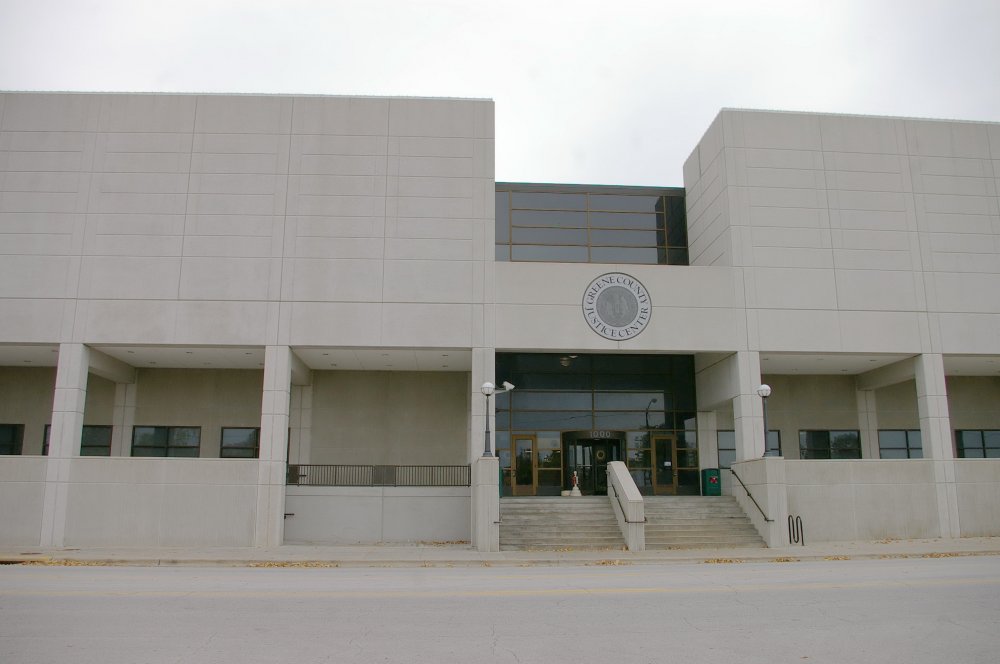 Description: The building faces west and is a two story precast concrete structure. The building is located in the center of Springfield on the north side of the courthouse and on the south side of the County Judicial Courts Facility. The west front has a projecting center section with recessed porch on the first story with central entrance. There are no windows except on the west side. The roof line is flat. The building houses the Sheriff’s Office and the County Jail.

See:  Located in the county is the Missouri Court of Appeals – Southern District 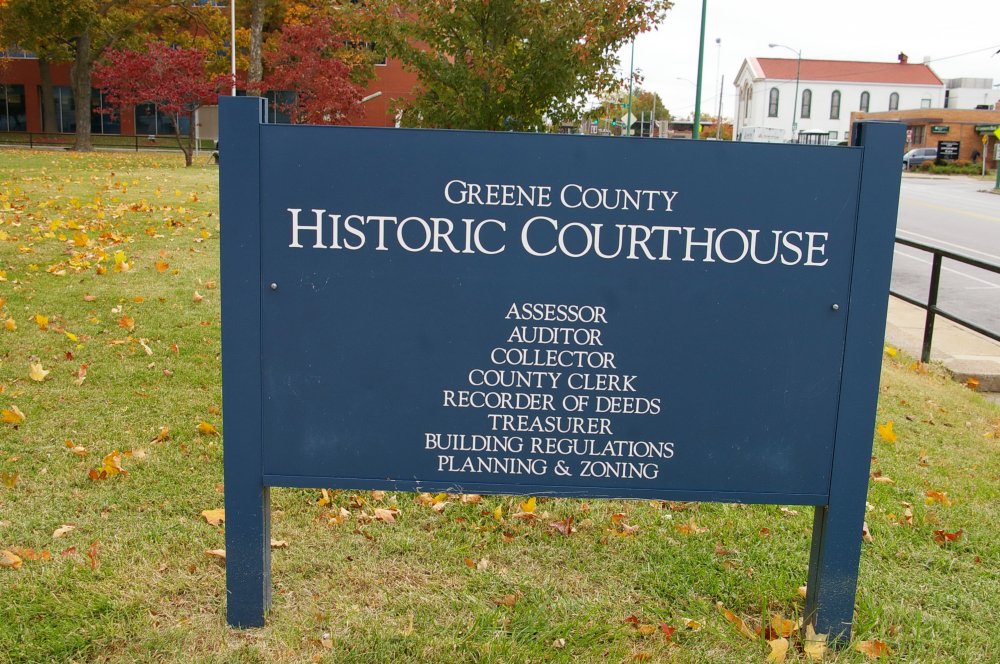 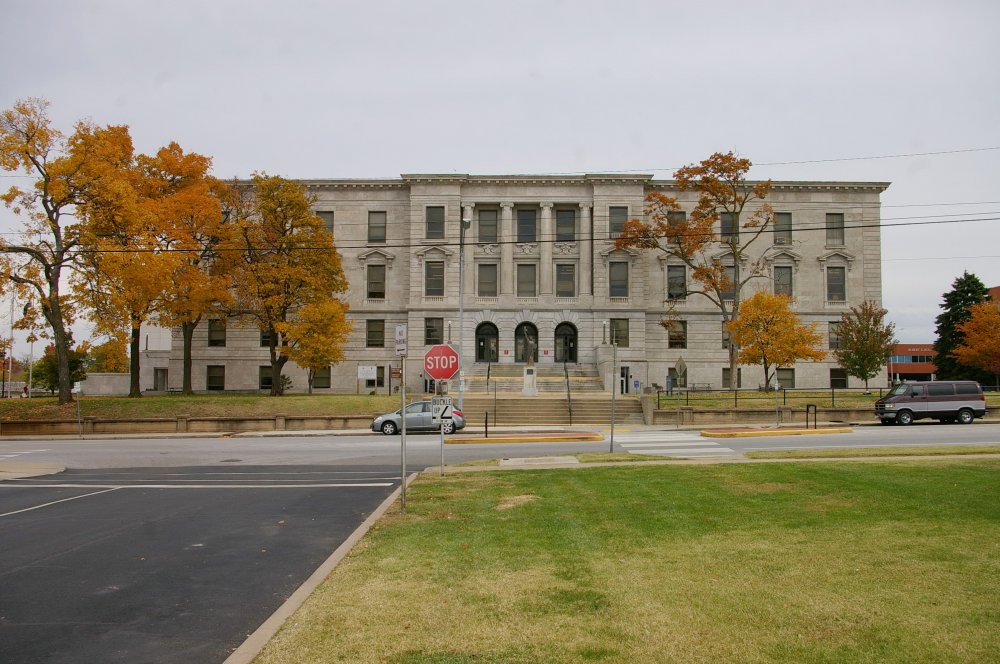 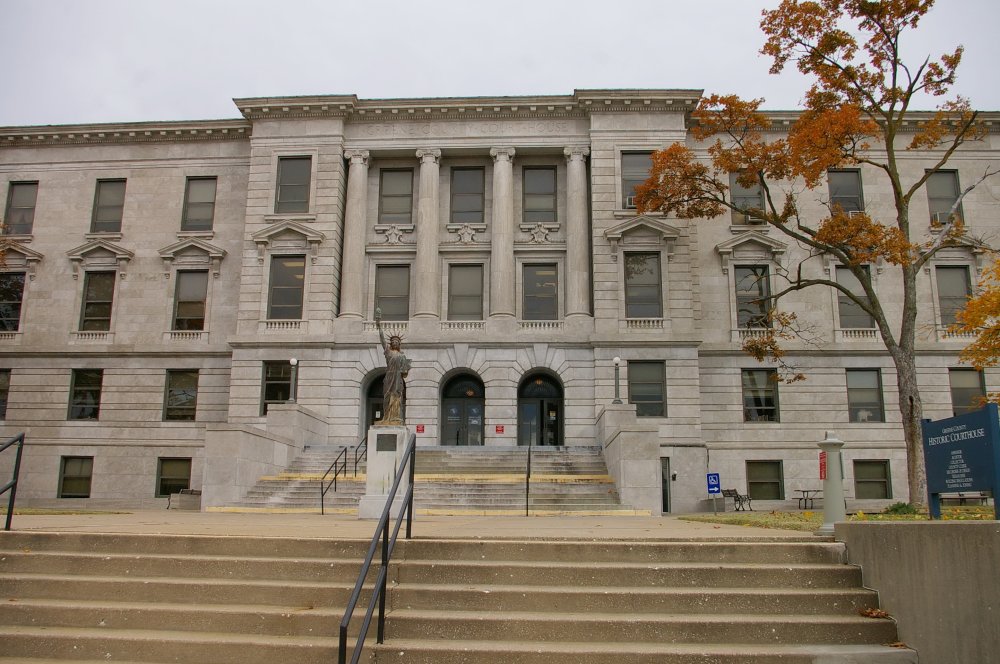 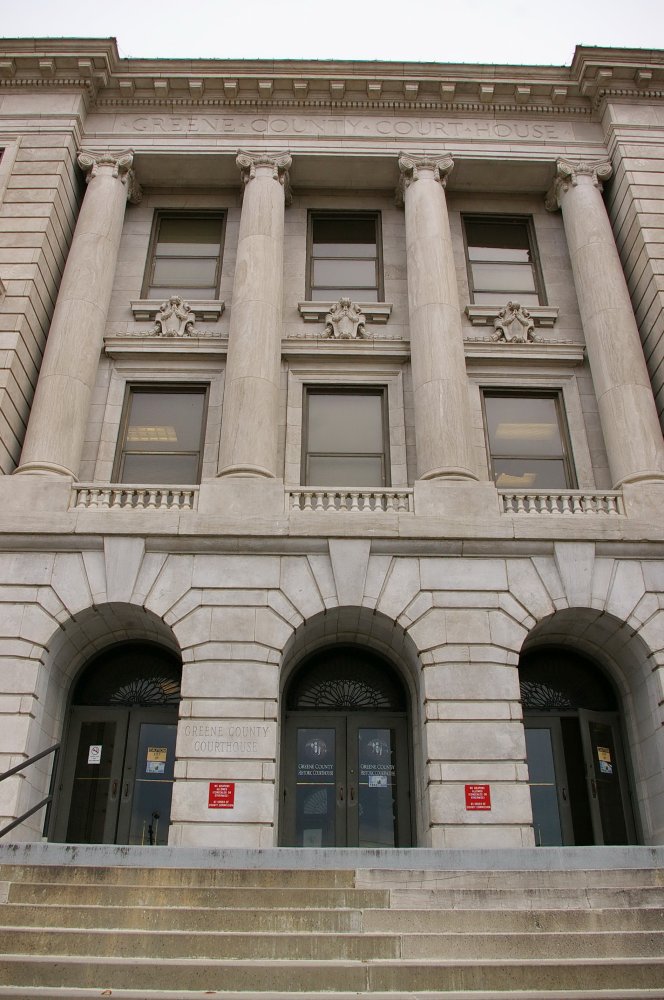 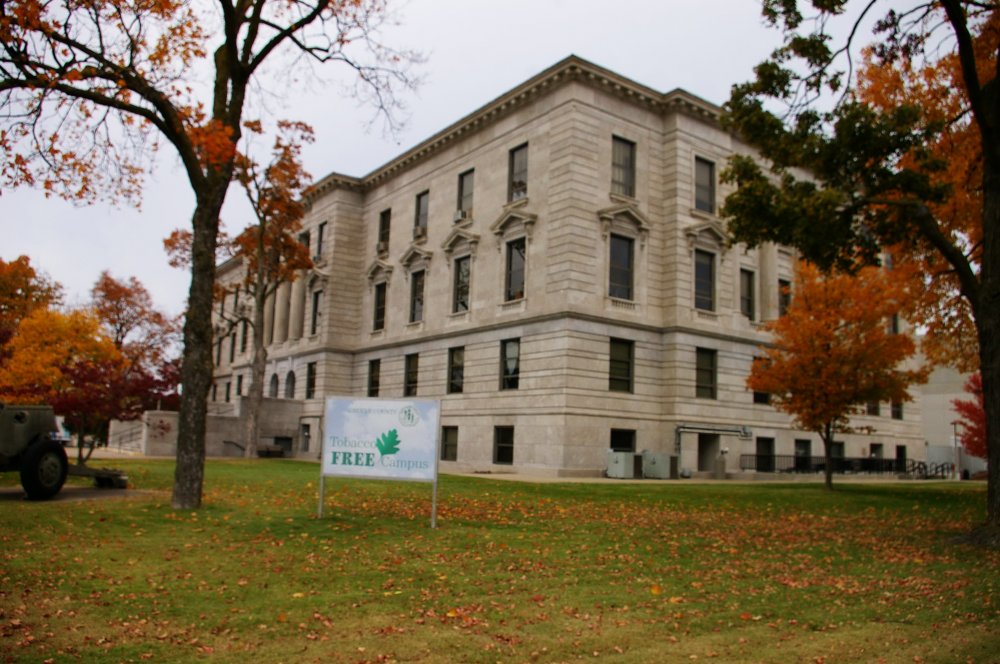 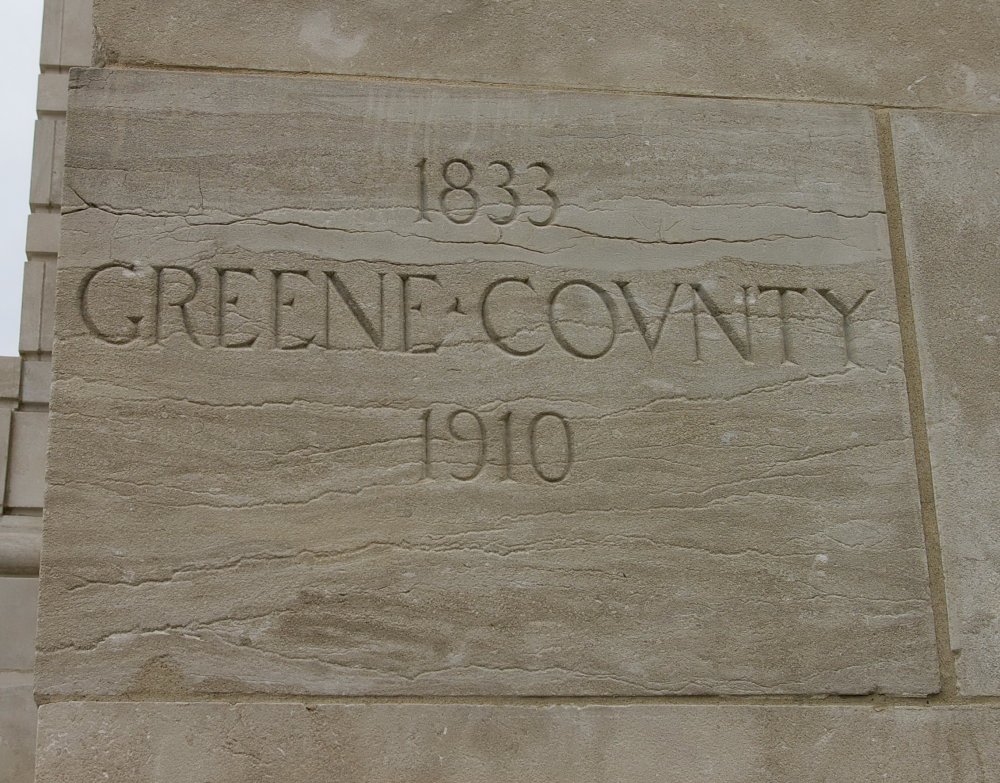 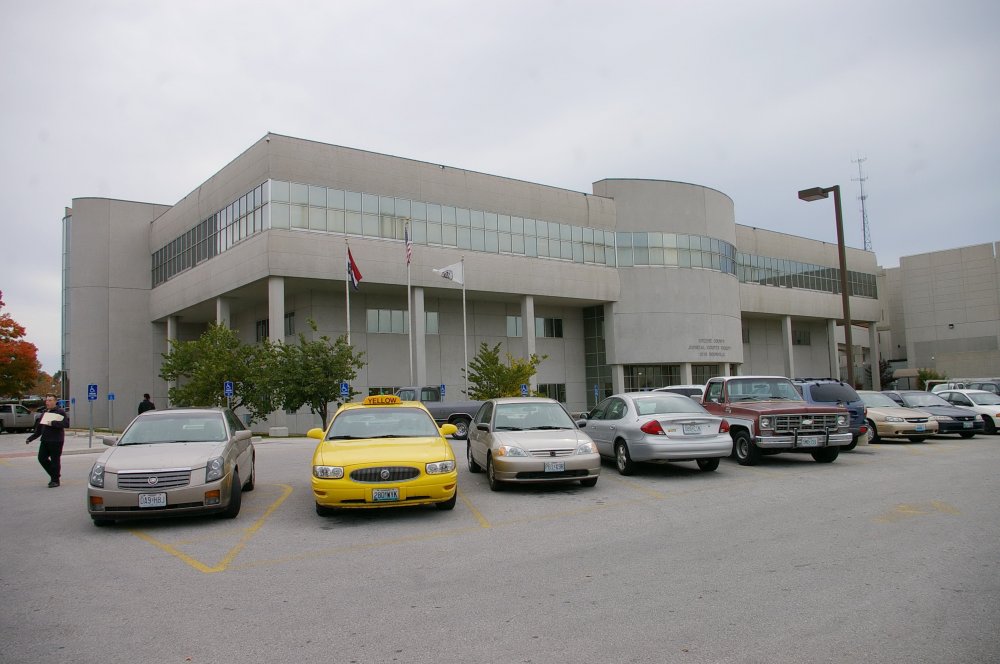 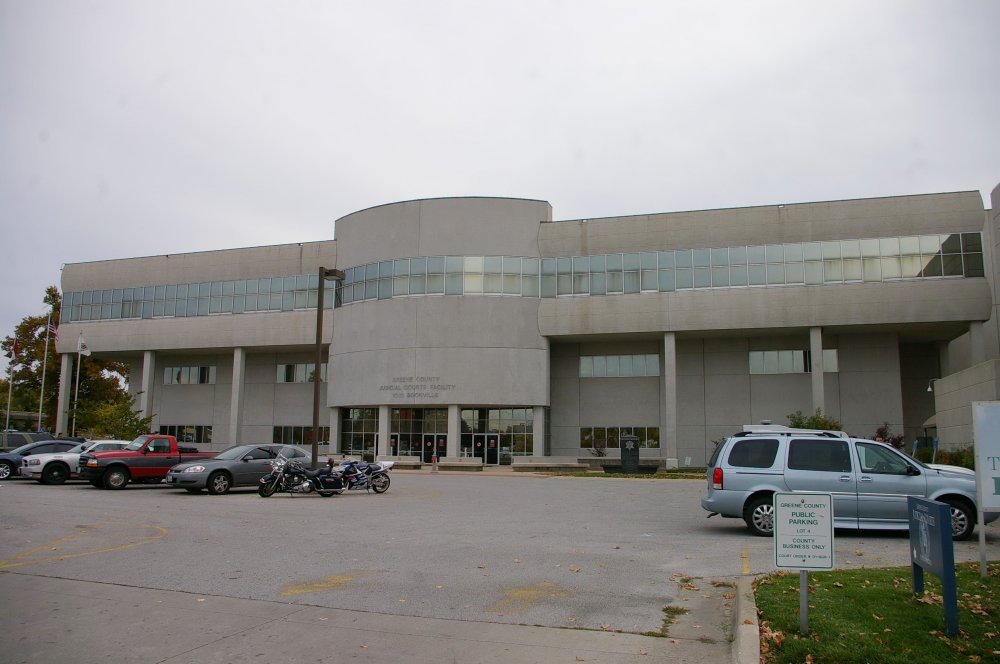 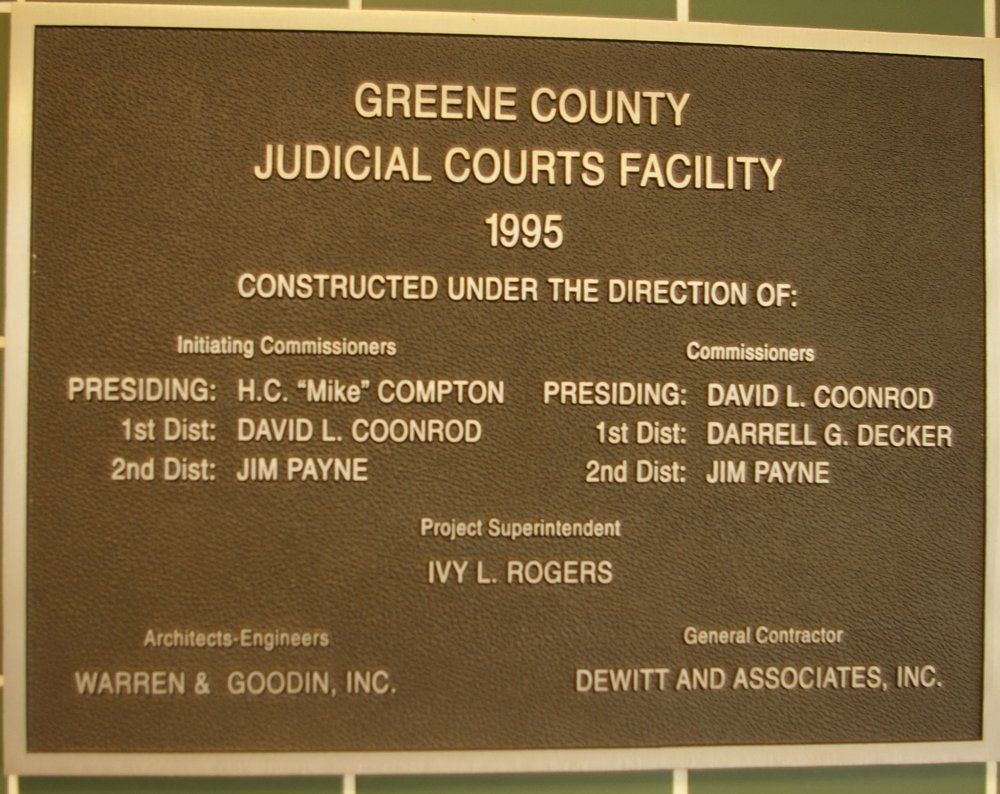