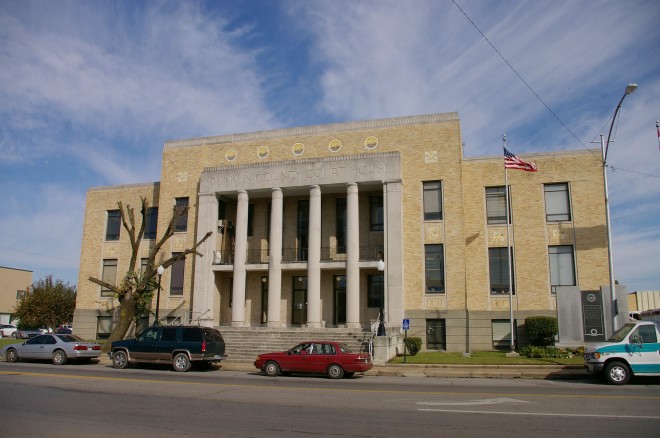 Dunklin County is named for Daniel Dunklin, who was a Governor of Missouri. 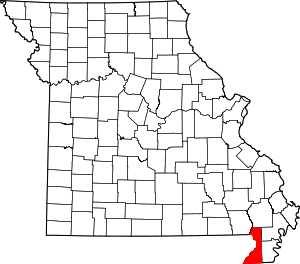 Description:  The building faces south and is a two story buff colored brick, stone and concrete  structure. The building is located on the landscaped grounds of the Courthouse Square in the center of Kennett. The building is 116 feet by 75 feet. The south front has a large porch with four large columns rising to a wide stone header. Around the porch is brick with narrow vertical windows on either side of the porch. The building extends outwards from the main section. The roof line is flat. In the interior, the courtroom located on the second story is finished in black walnut with walnut wainscoting. A map of the county is executed in the terrazzo floor. This was a Works Project Administration project.

Description:  The building faces east and is a two story white colored brick, metal and concrete structure. The rectangular shaped building is located on landscaped grounds to the north  of the center of Kennett. The building is a former warehouse converted into a jail in 2006 and converted into the County Justice Center in 2012 to 2014.  The main entrance is located at the northeast corner with a recessed glass paneled section on the first story. The windows on the first story are horizontal. The roof line is flat. In the interior are two courtrooms. The building houses the County Circuit Court of the 35th Judicial Circuit.

Note:  The lowest point in Missouri is the St. Francis River at 230 feet ( 70 meters ) which is located in the county. 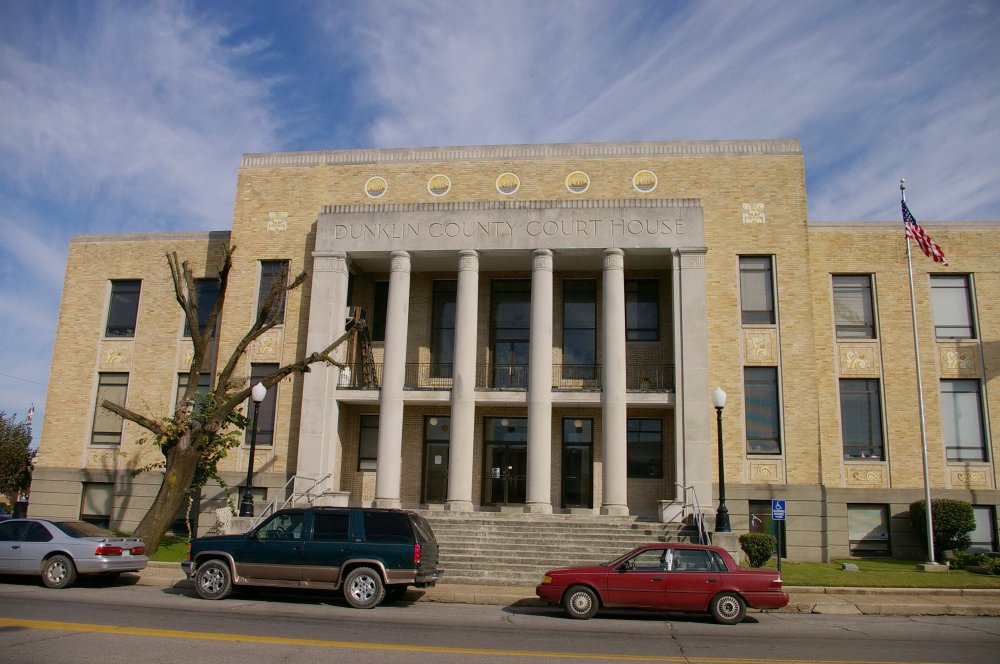 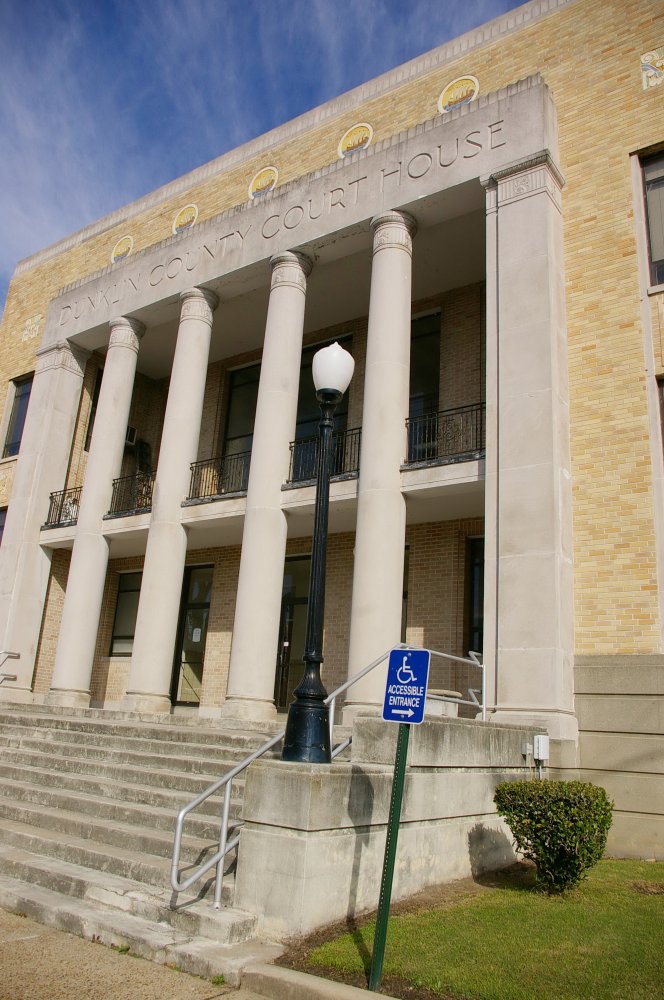 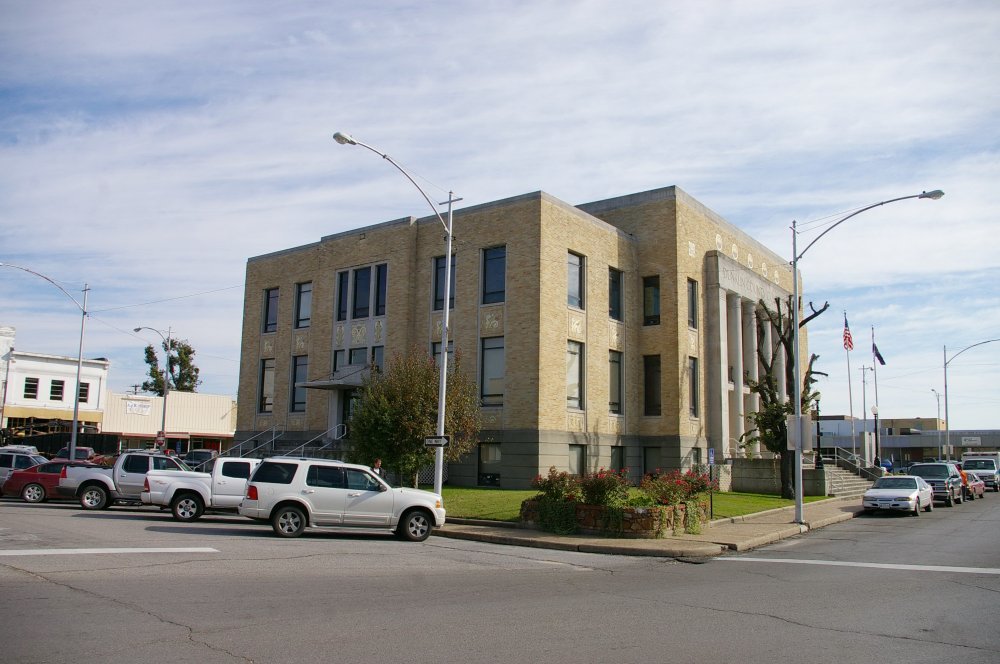 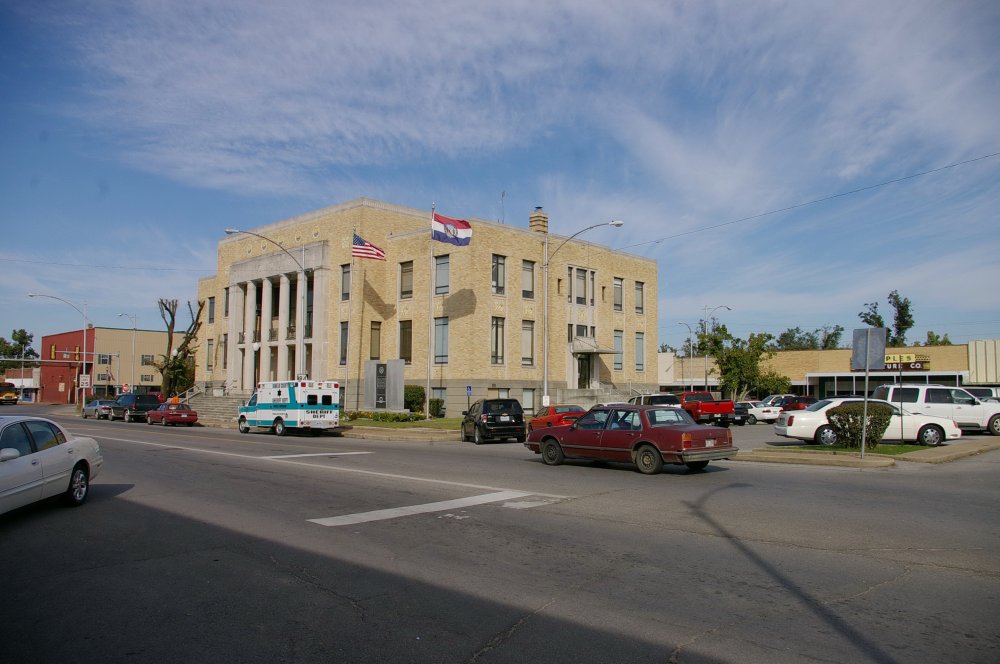 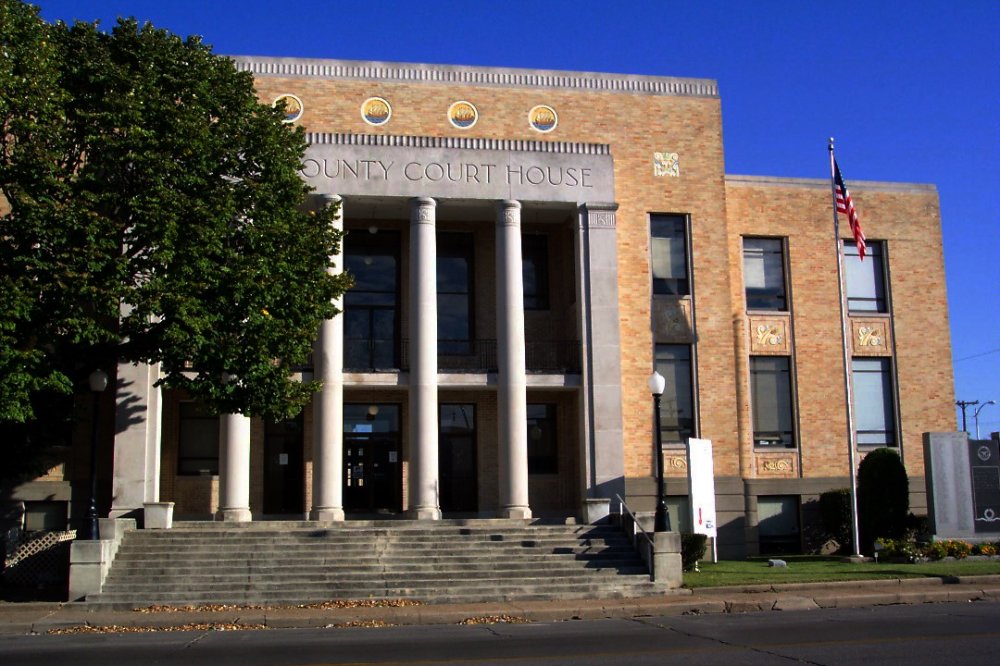 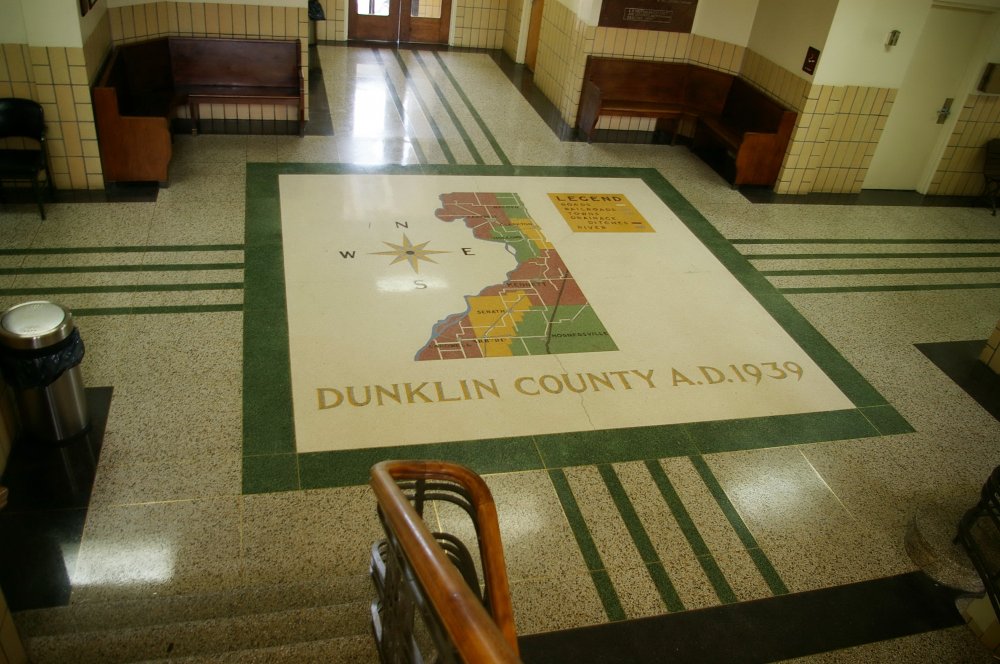 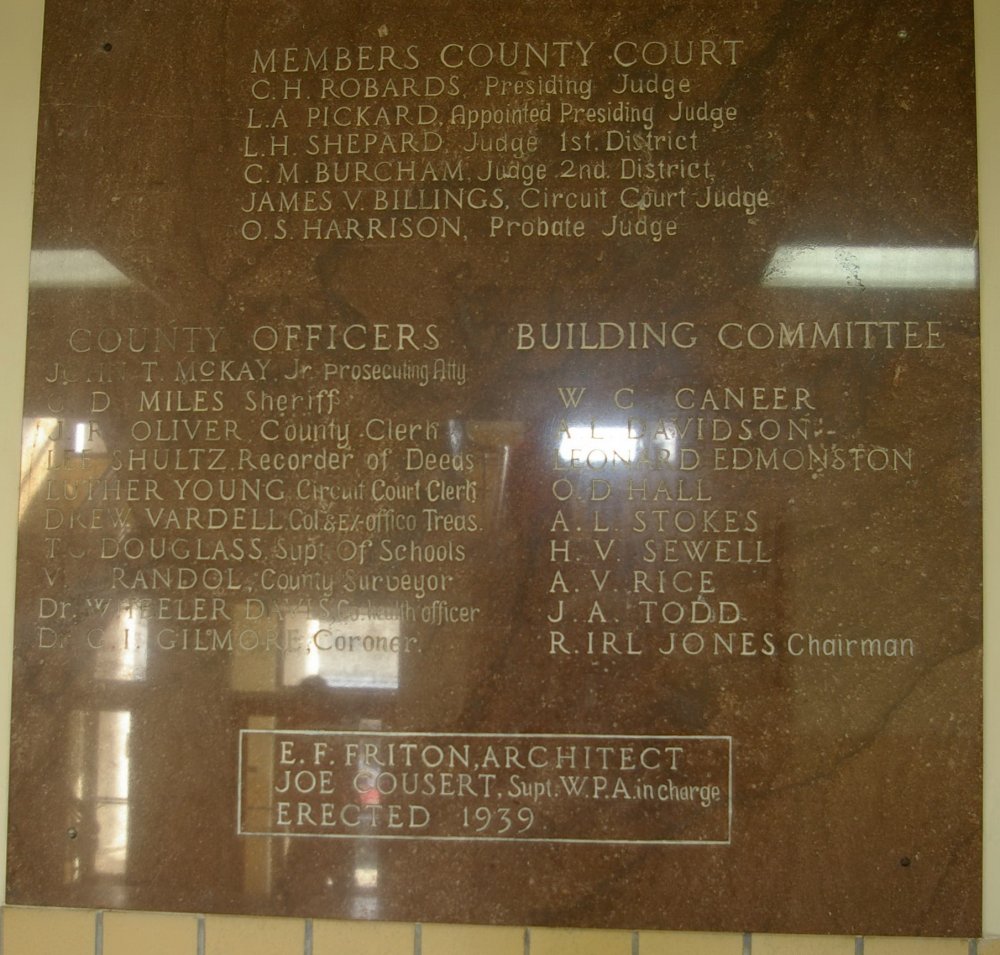 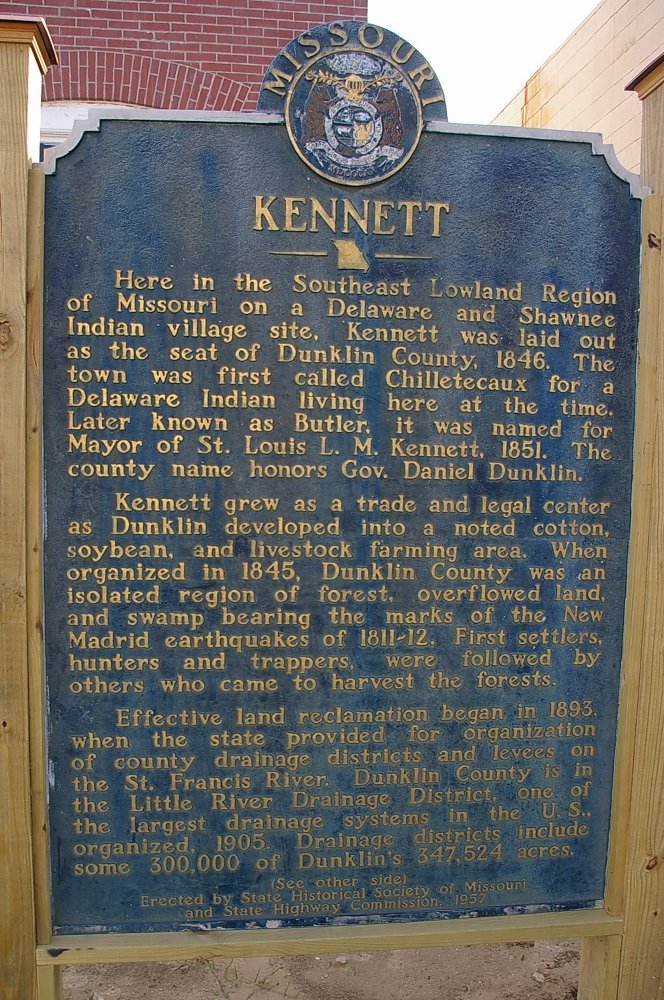 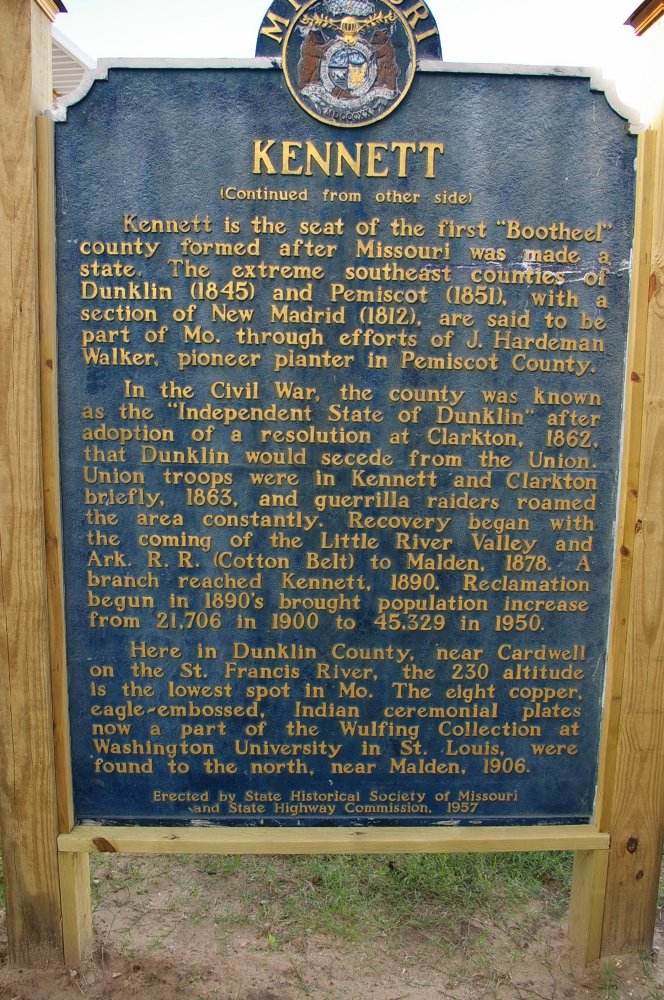