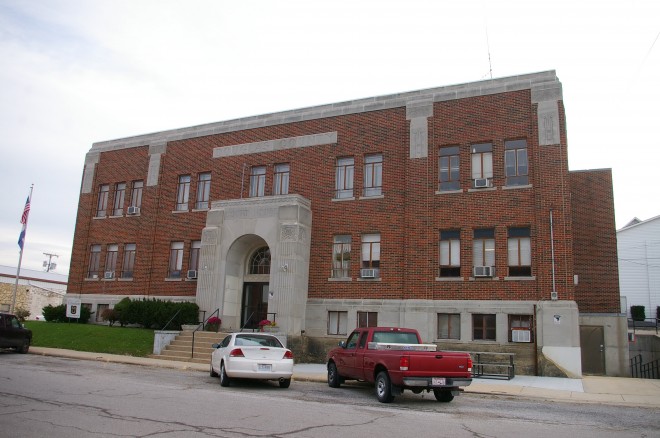 Douglas County is named for Stephen A Douglas, who was a politician from Illinois and Democratic nominee for President in 1860.

Description: The building faces north and is a two story red colored brick, concrete and stone structure. The building is trimmed with “cast” stone made with Carthage stone chips, crushed and mixed with cement, cast into blocks and polished. The north front and west side have stone trim around the central entrance. Stone trim also runs along the roof line with vertical ornamentation. The roof line is flat. 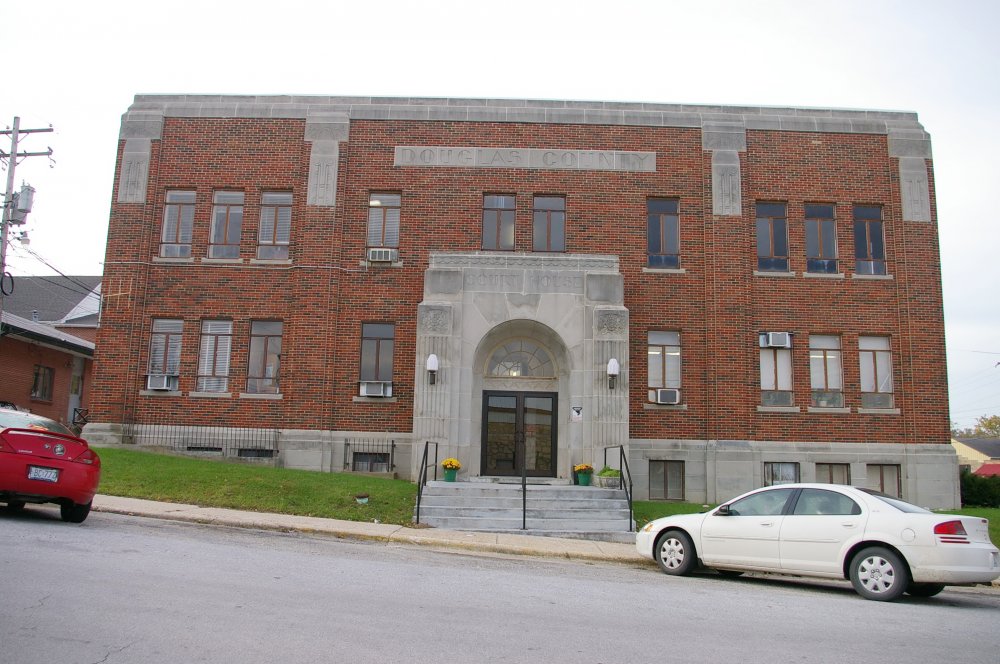 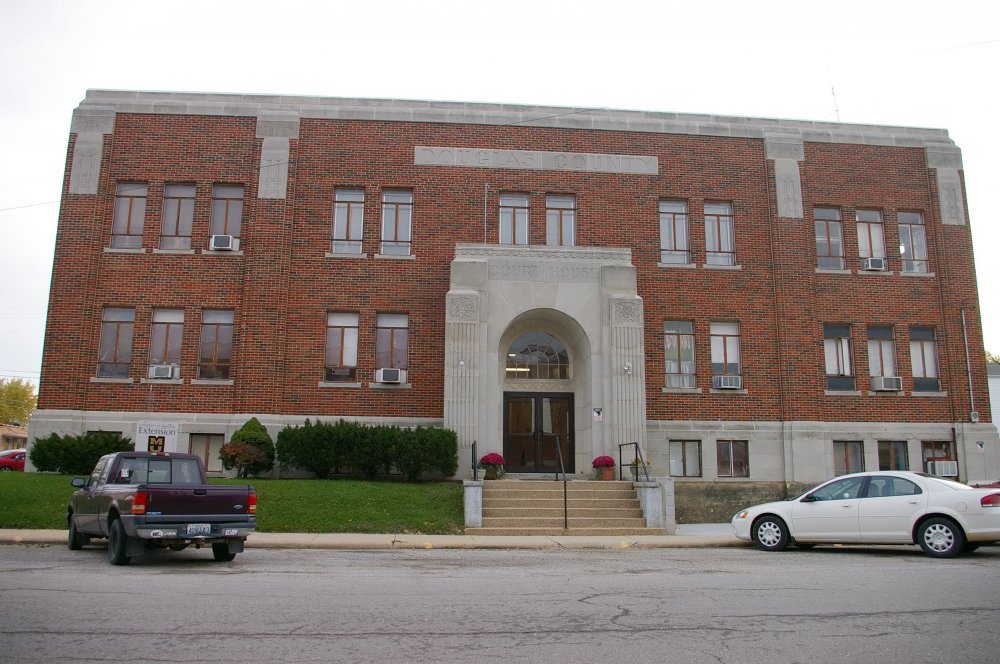 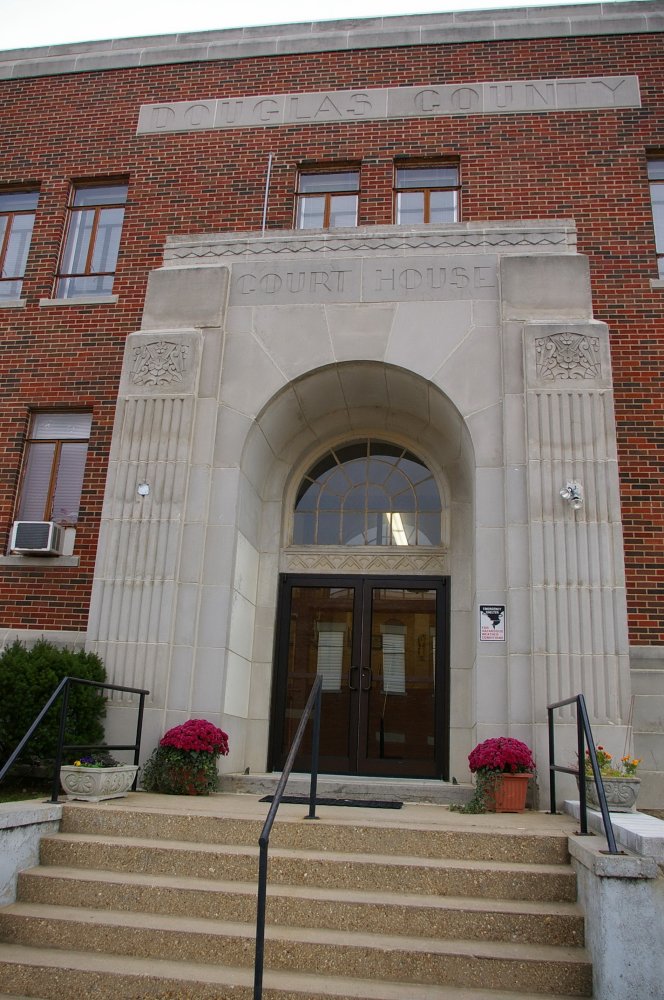 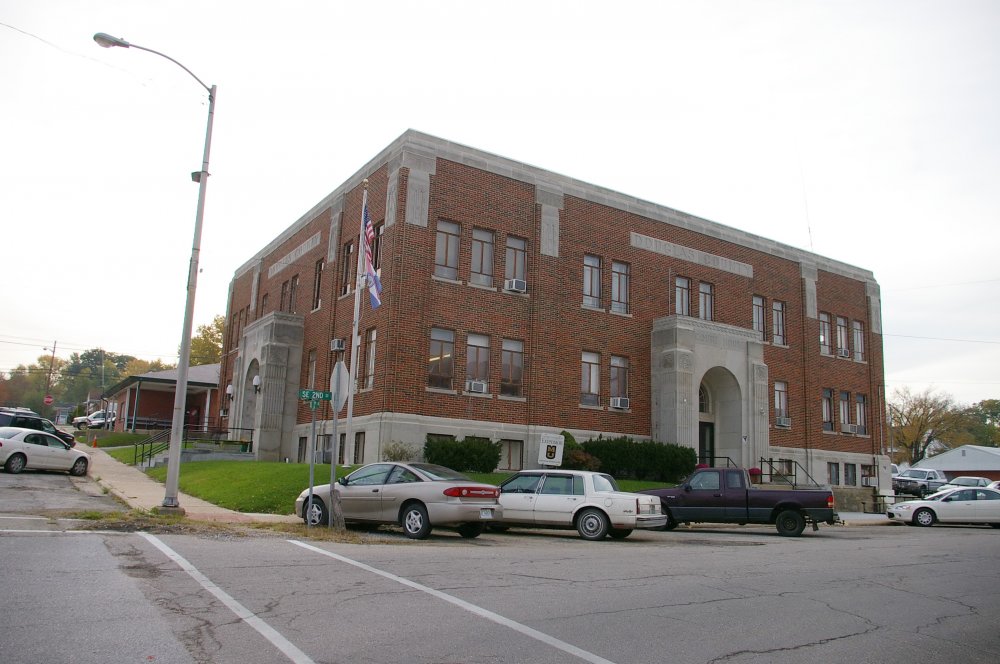