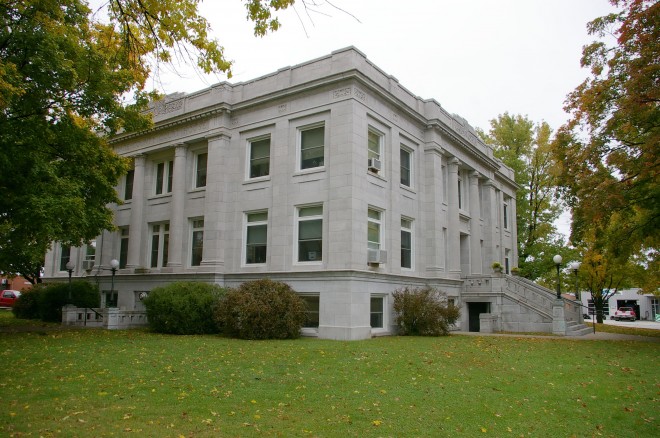 Dade County is named for Francis L Dade, who was a Major in the United States 4th Infantry Regiment during the Second Seminole War.

Description: The building faces east and is a two story gray colored Carthage stone and concrete structure. The square shaped building is located on landscaped grounds of the Courthouse Square in the center of Greenfield. The building  isd 70 feet by 70 feet. The east front and all sides have two inset columns rising to a header at the roof line. A cornice runs below the flat roof line. The courtroom is located on the second story. The building houses the County Circuit Court of the 28th Judiciall Circuit. This was a Works Projects Administration. 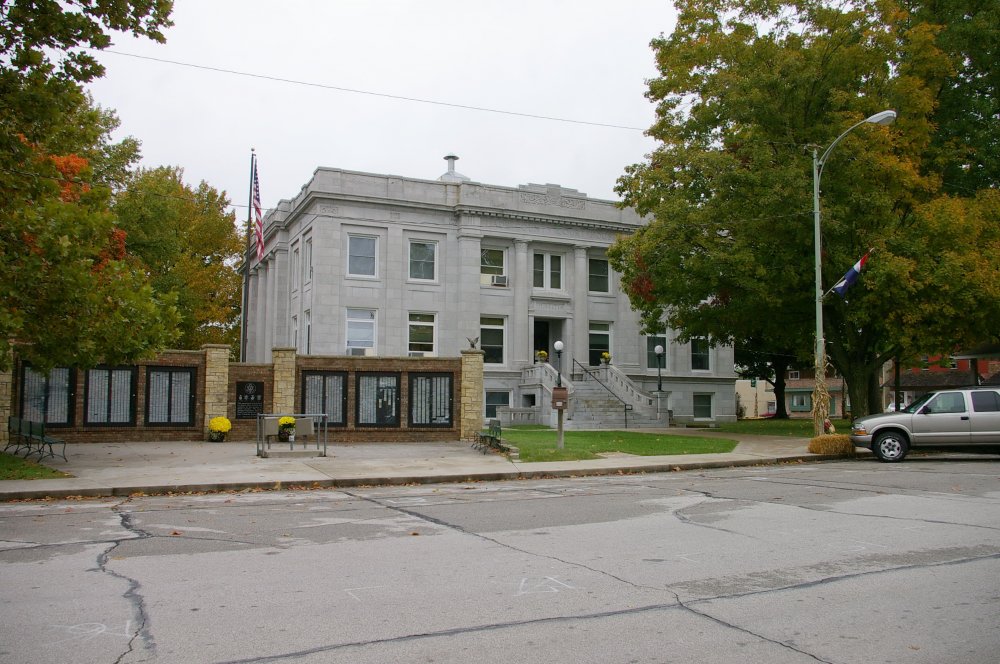 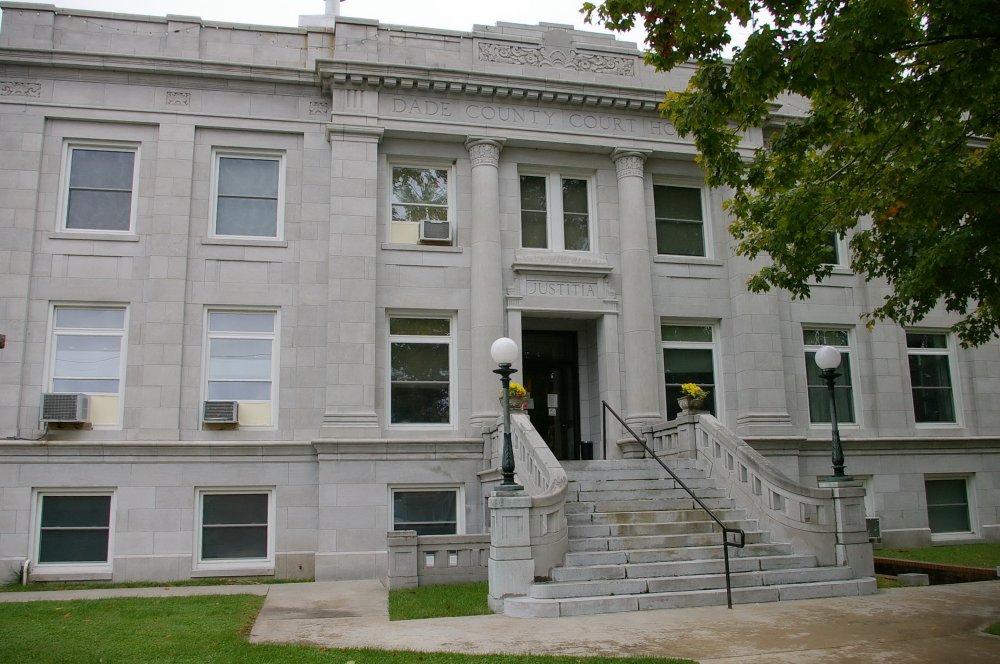 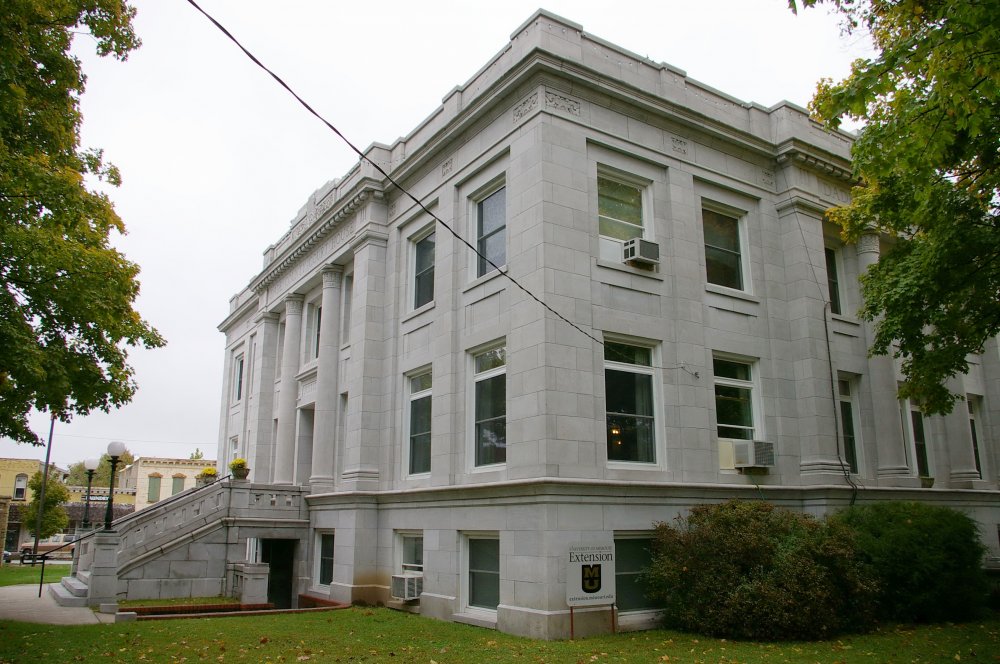 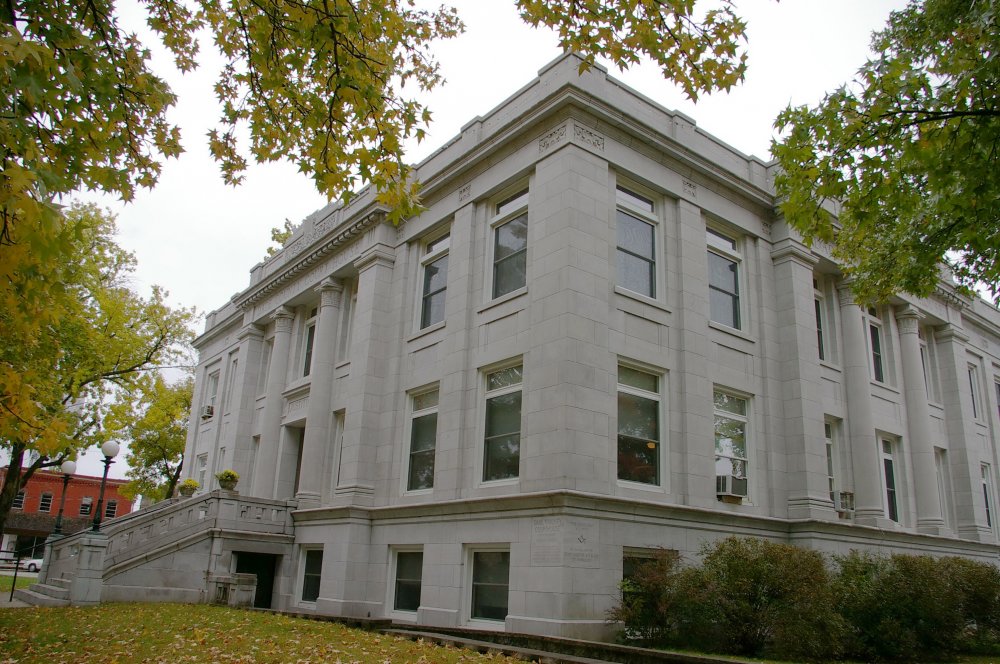 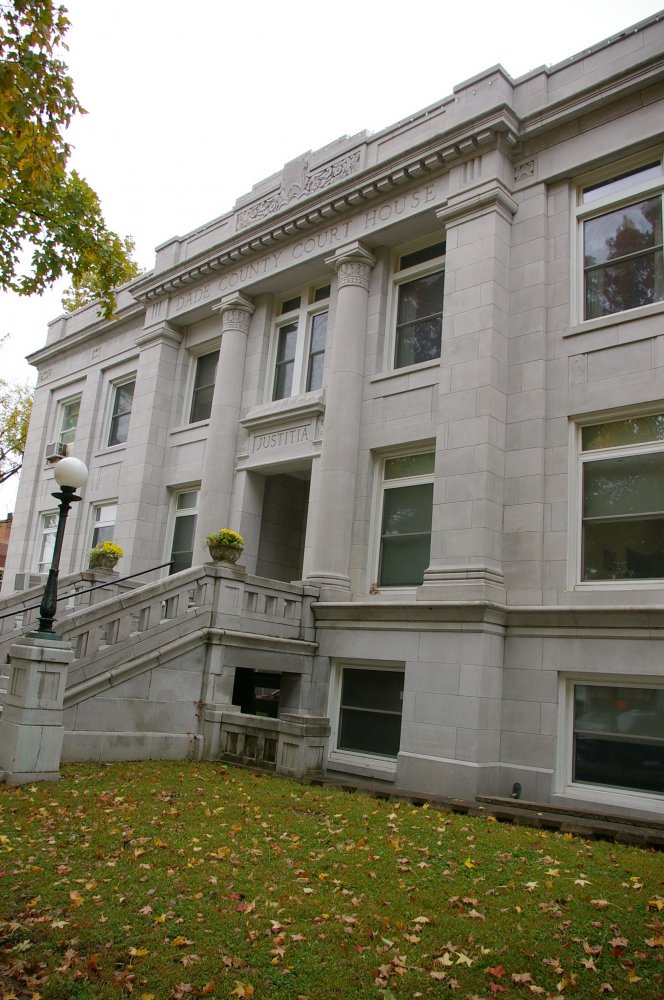 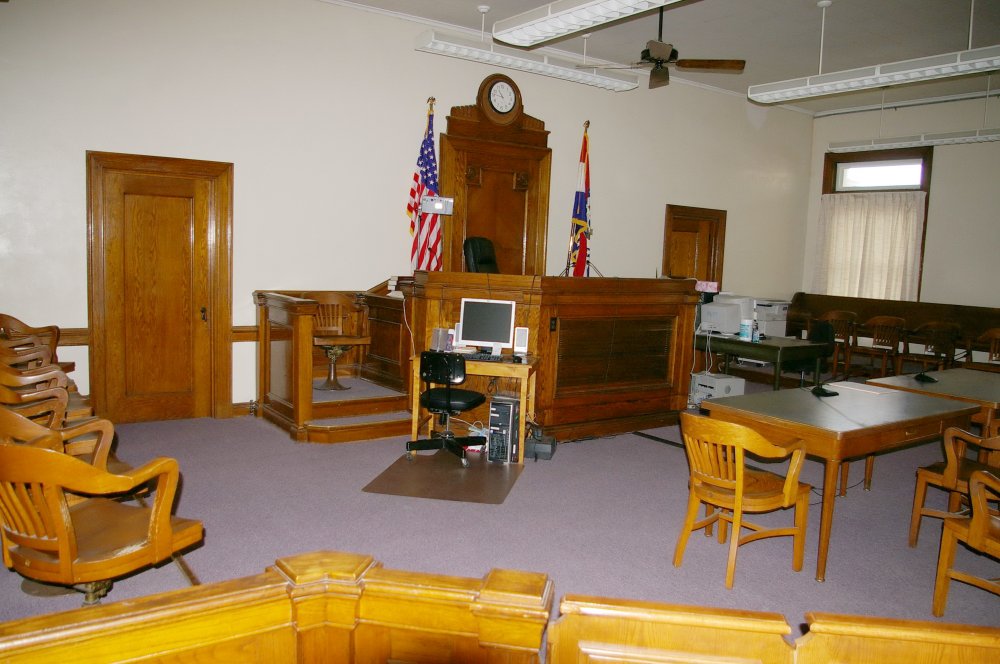 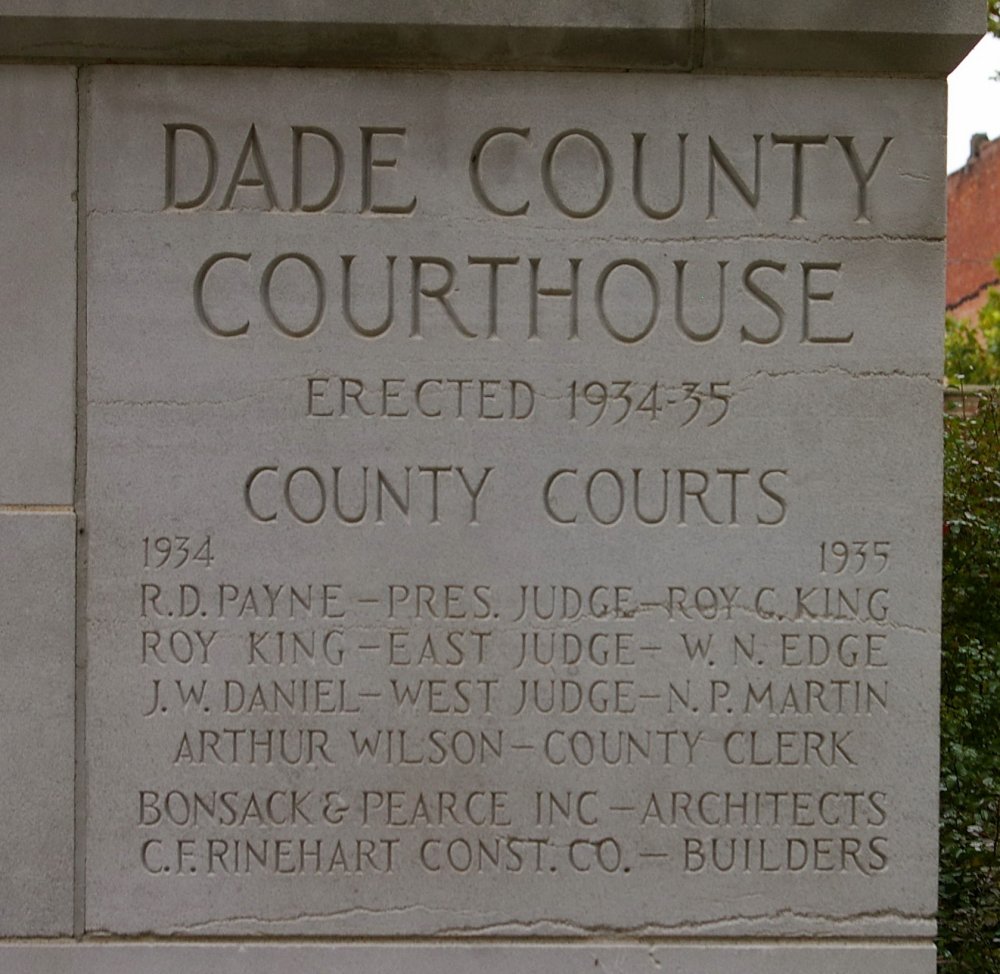