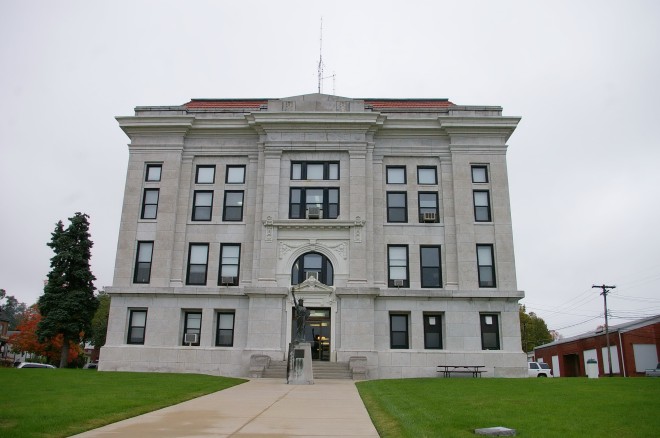 Cooper County is named for Sarshall Cooper, who was a frontier settler and who was killed by Indians near Arrow Rock in 1814. 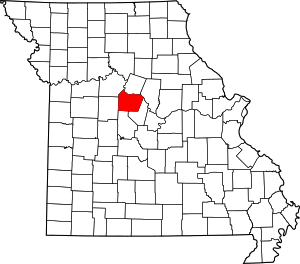 Description: The building faces west and is a three story gray colored stone and concrete structure. The rectangular shaped building is located on spacious landscaped grounds in the center of Boonville. The building is 80 feet by 100 feet. The west front has a slightly projecting center section with arched window above the entrance. On the third story is a large window. A wide cornice runs below the roof line and below the second story windows. The roof line is flat. In the interior, the courtroom is located on the west side of the second story. The building houses the County Circuit Court of the 18th Judicial Circuit.. 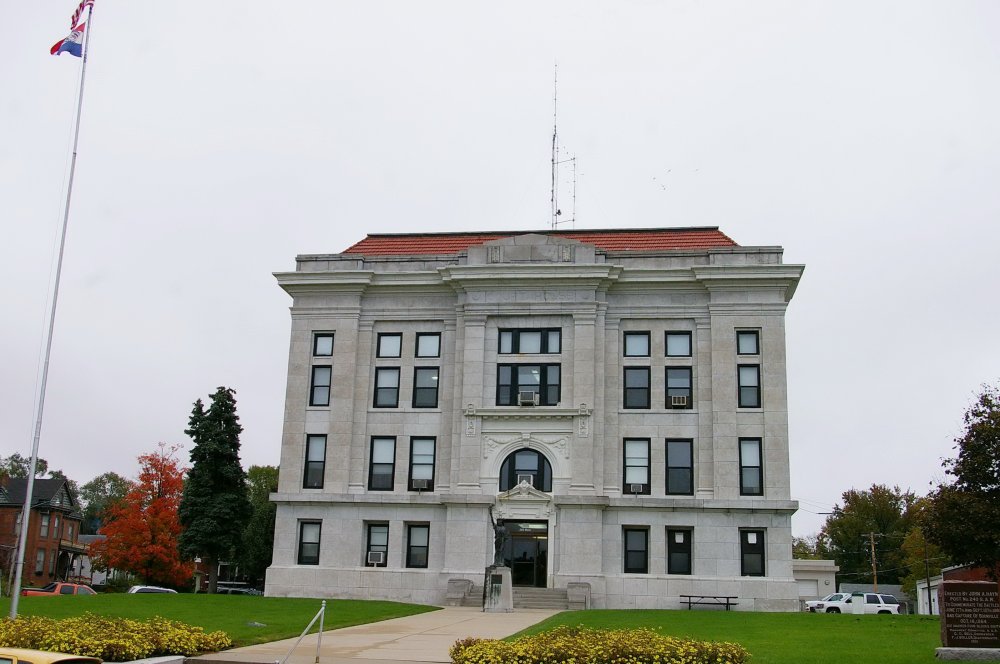 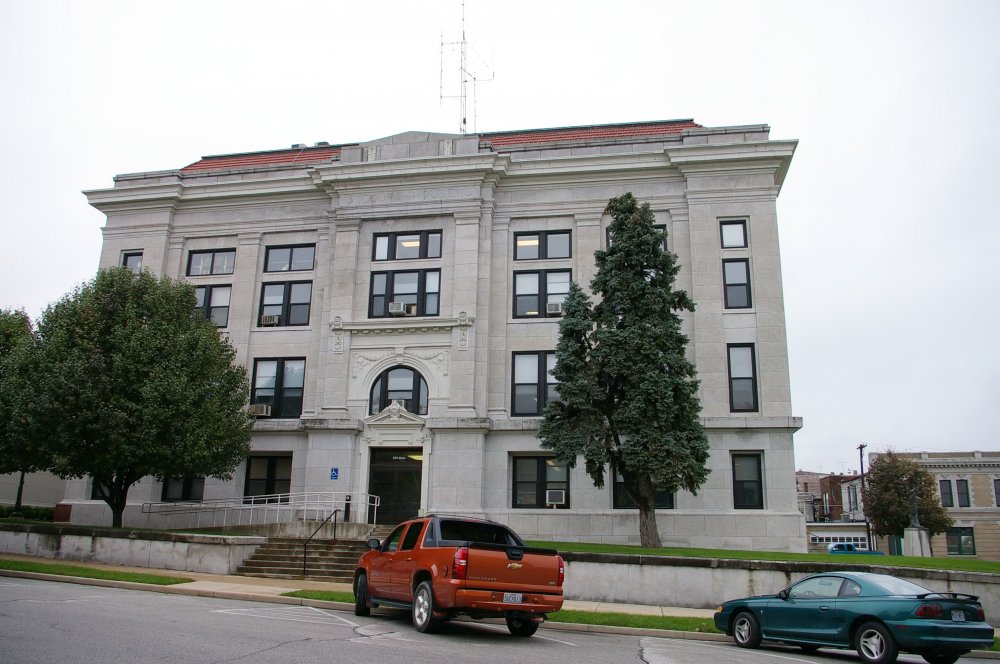 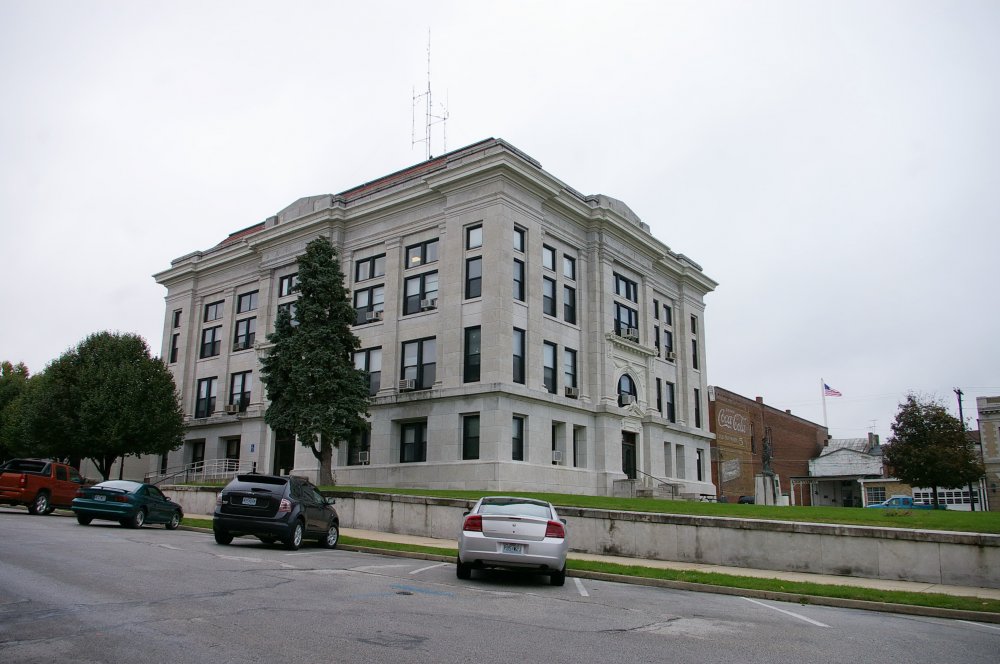 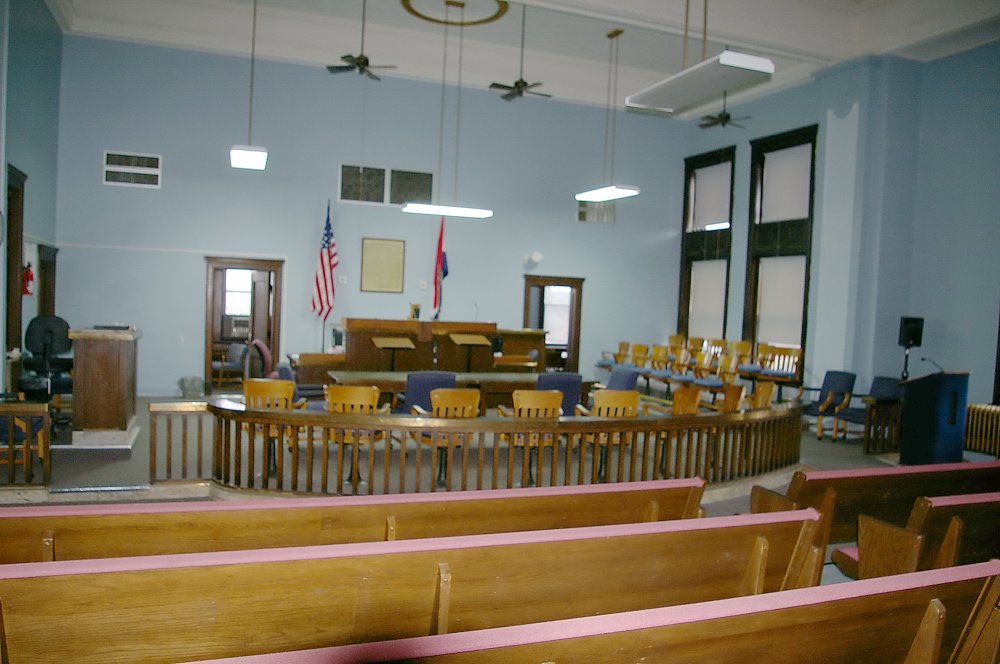 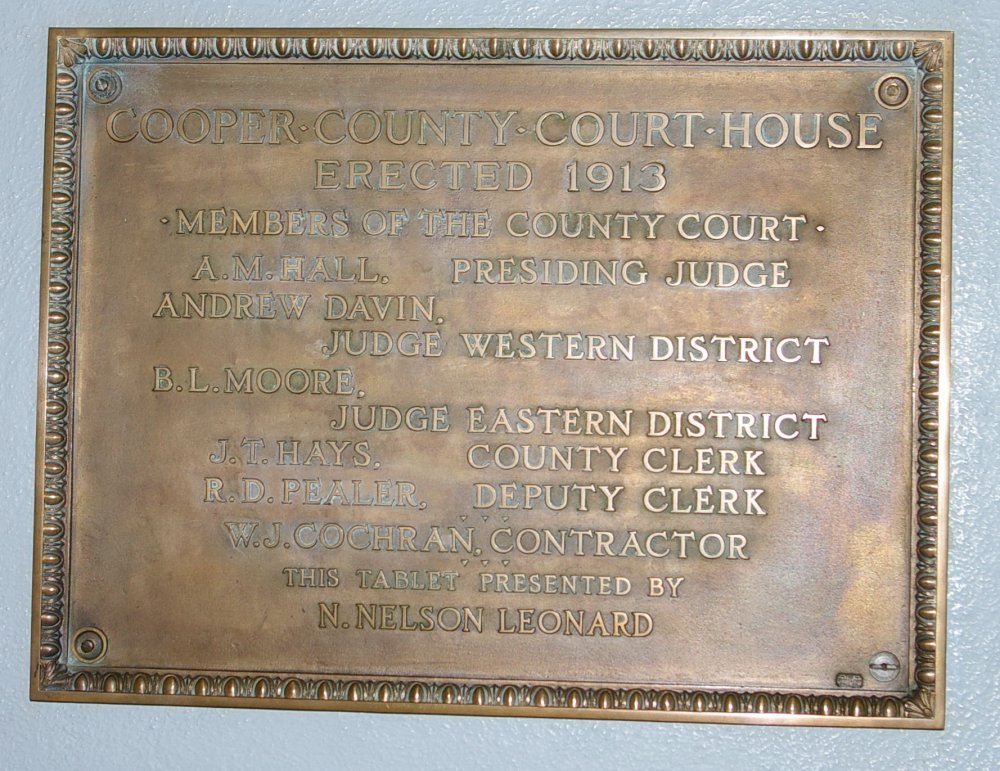 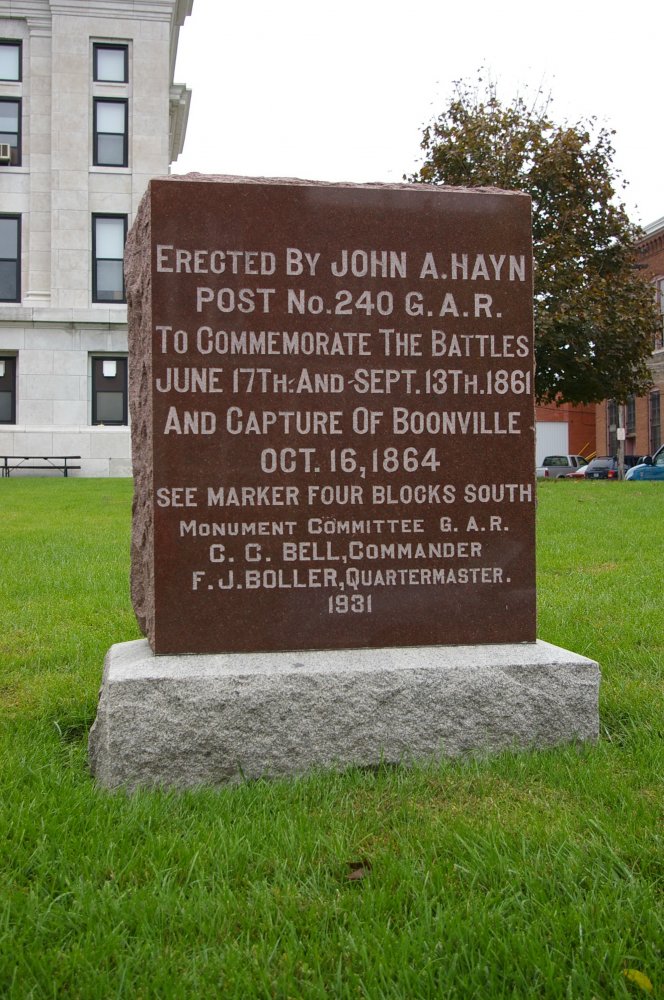