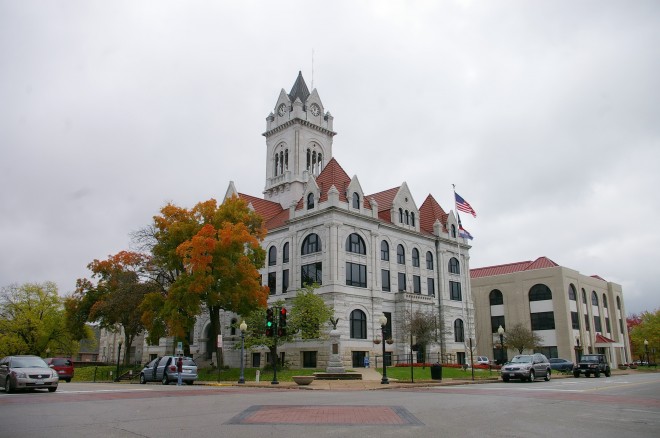 Cole County is named for Stephen Cole, who was a Pioneer who came from Virginia in 1807.

Description: The building faces northwest and is a three story gray colored Carthage stone structure. The first story is stone and upper story is pressed gray colored brick. There is copper and stone trim. The northwest front has a large stone arch at the first story entrance. On each corner is a large square stone tower with steep red colored roof. There are dormers at the roof line. On the center of the roof is a high square clock tower with steep roof. The red colored roof is hipped. The building was damaged by fire on March 14, 1918. The architect of the repairs was Frank Miller. On the east side is the modern three story Courthouse Annex. On the north side is the old Jail-Sheriff’s House.

See:  The Missouri Supreme Court is located in Jefferson City. 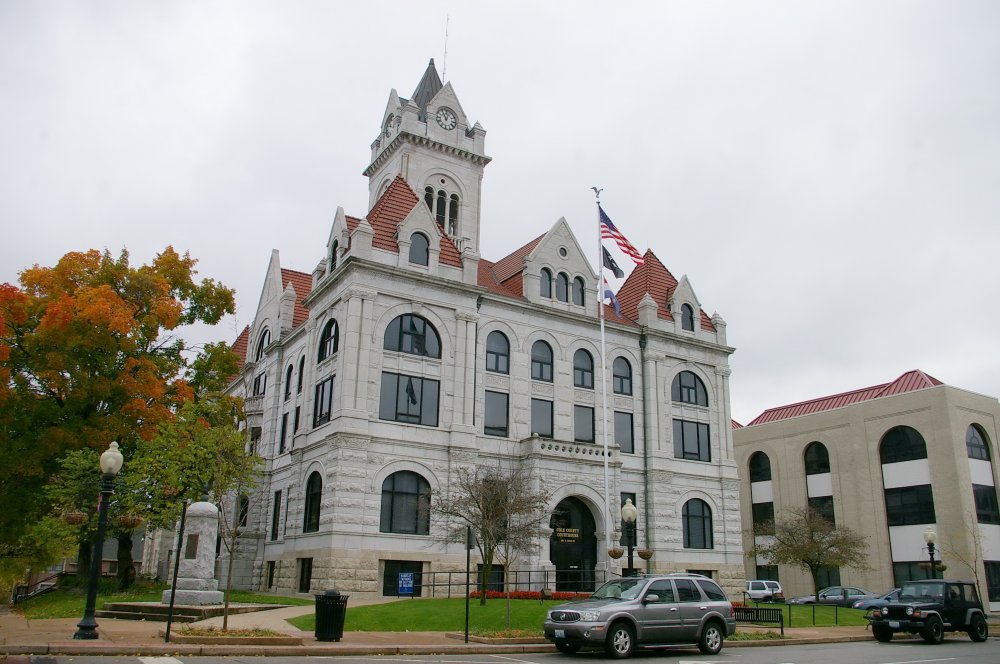 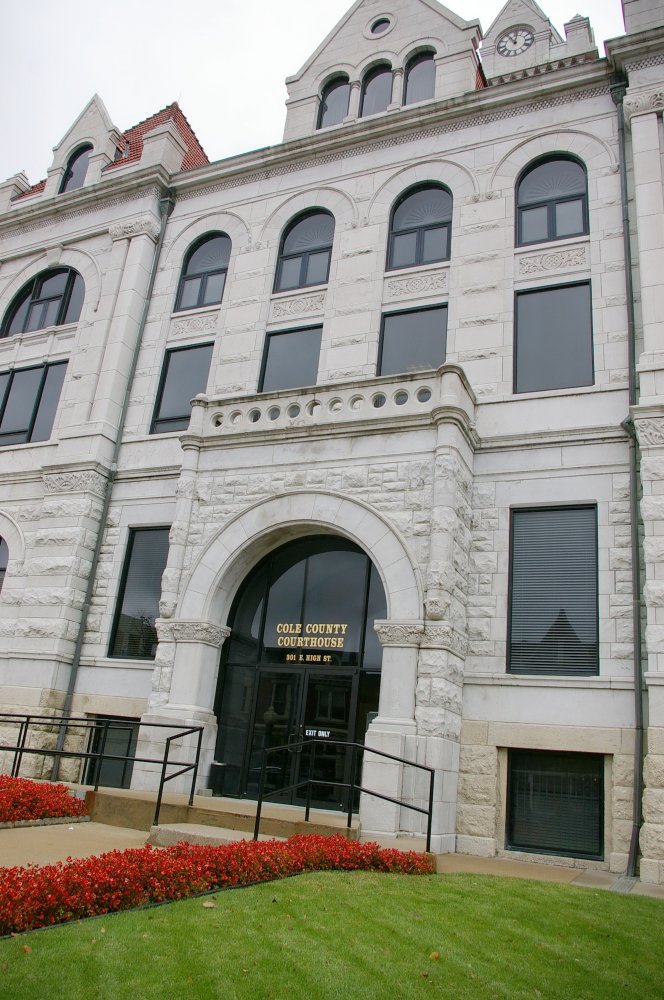 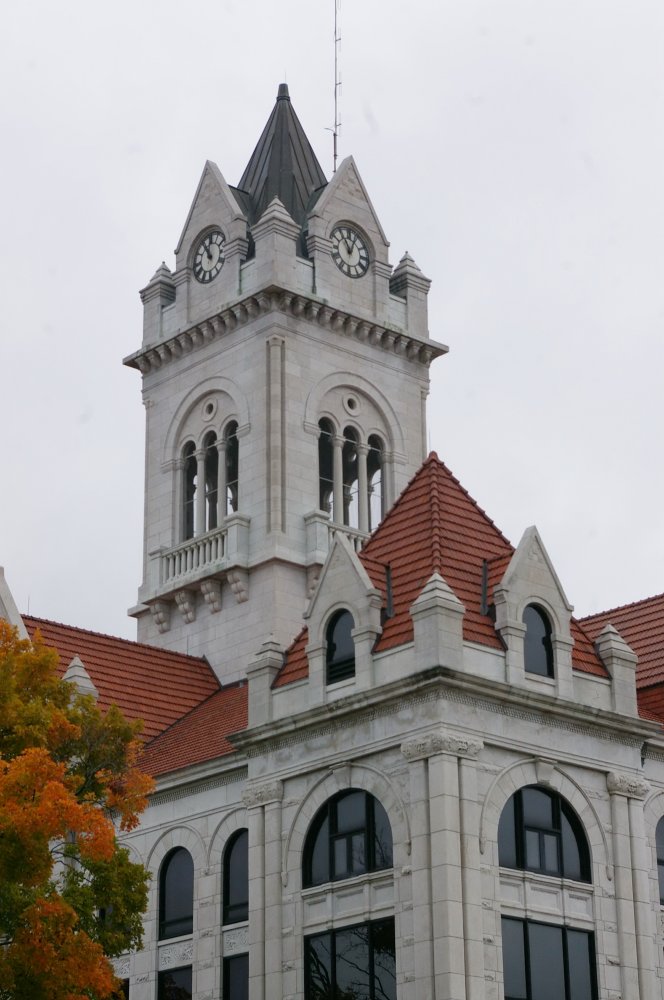 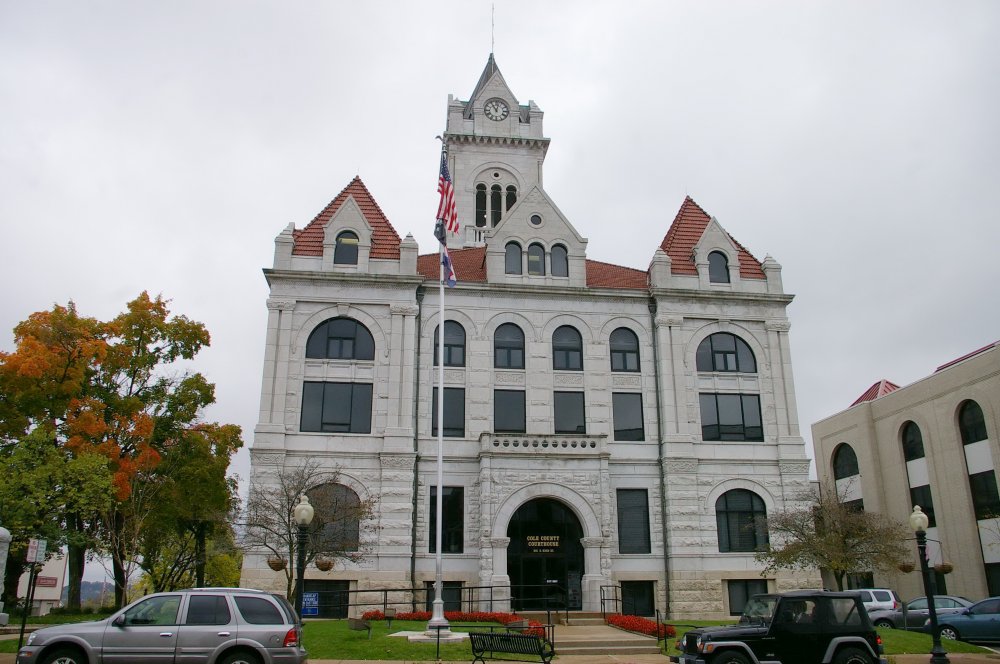 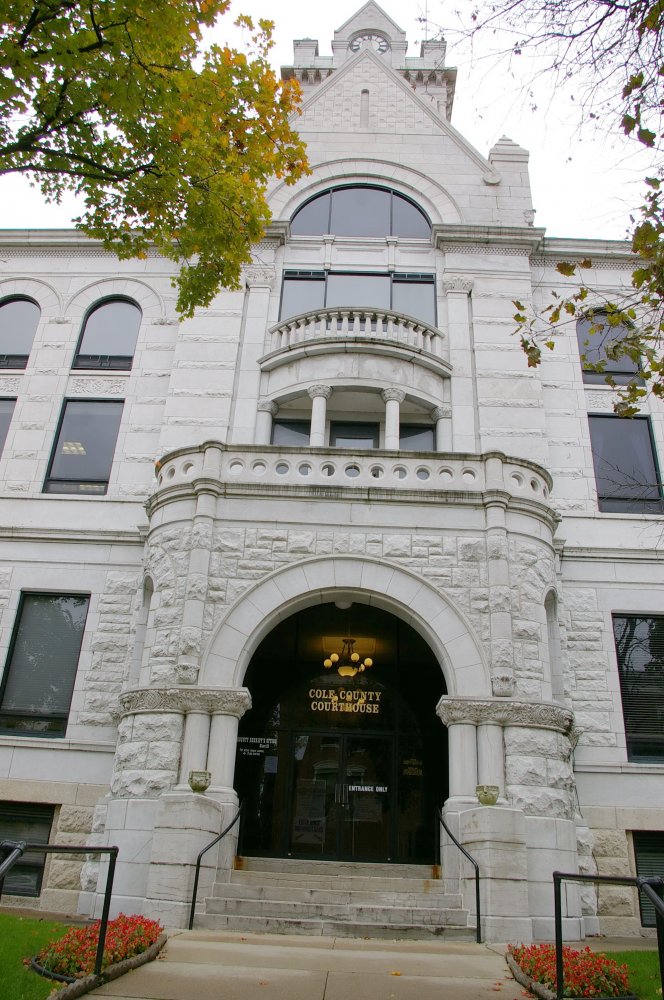 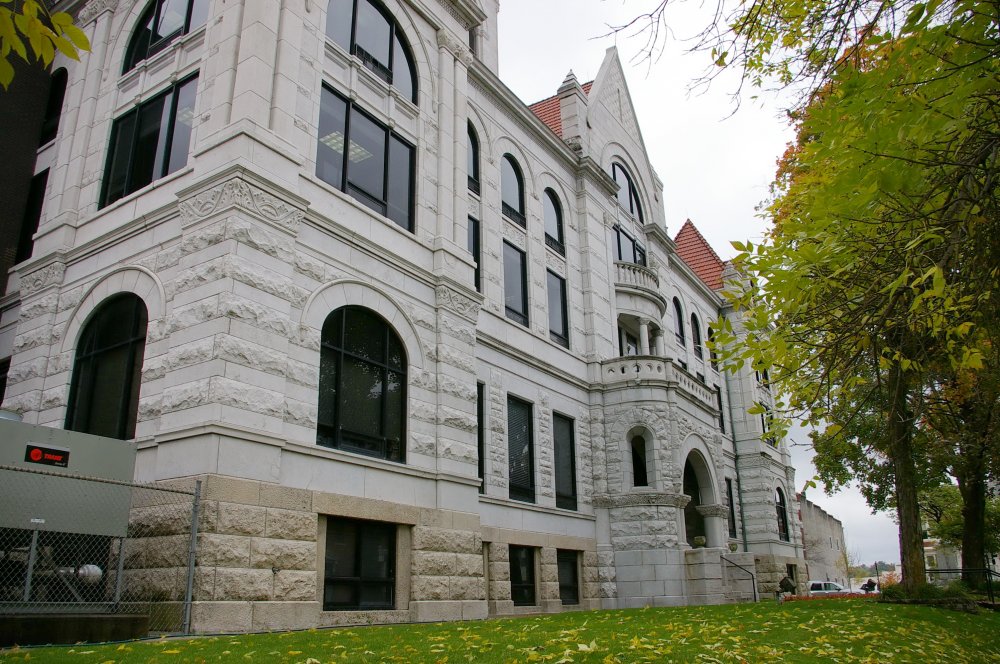 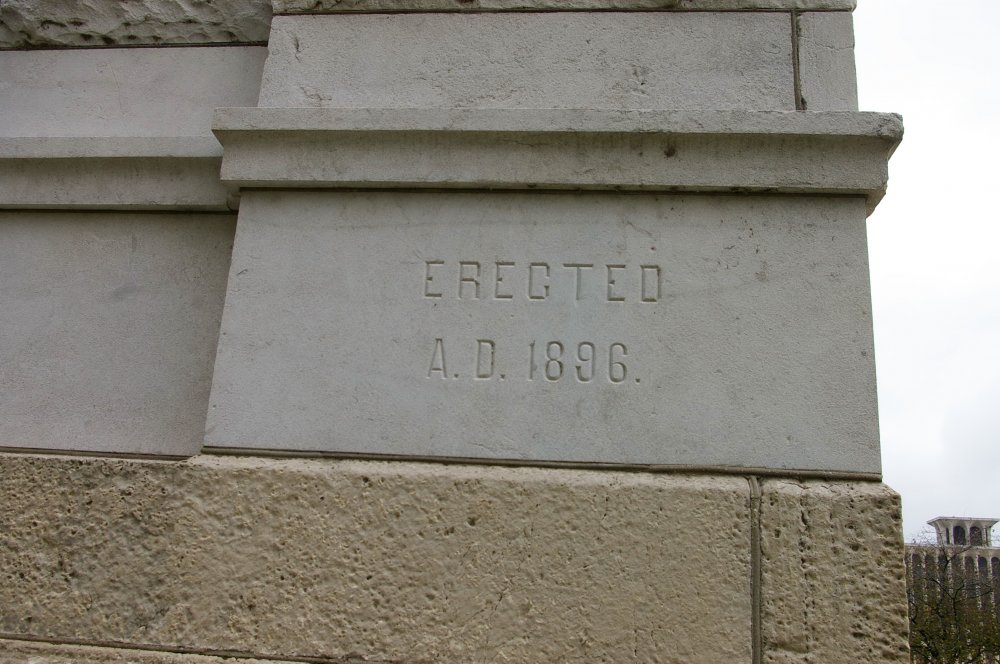 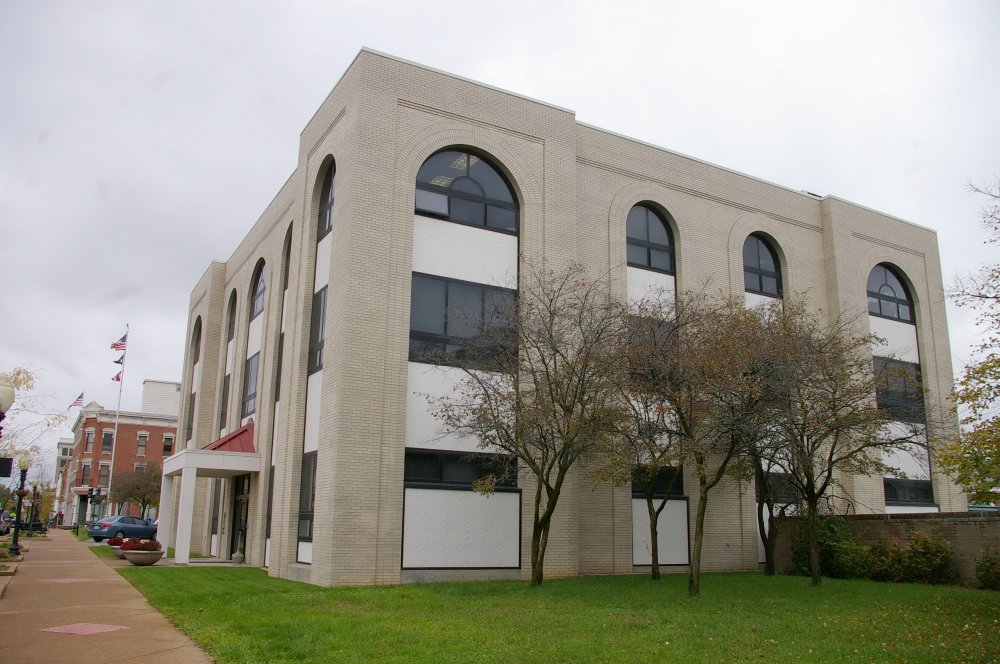 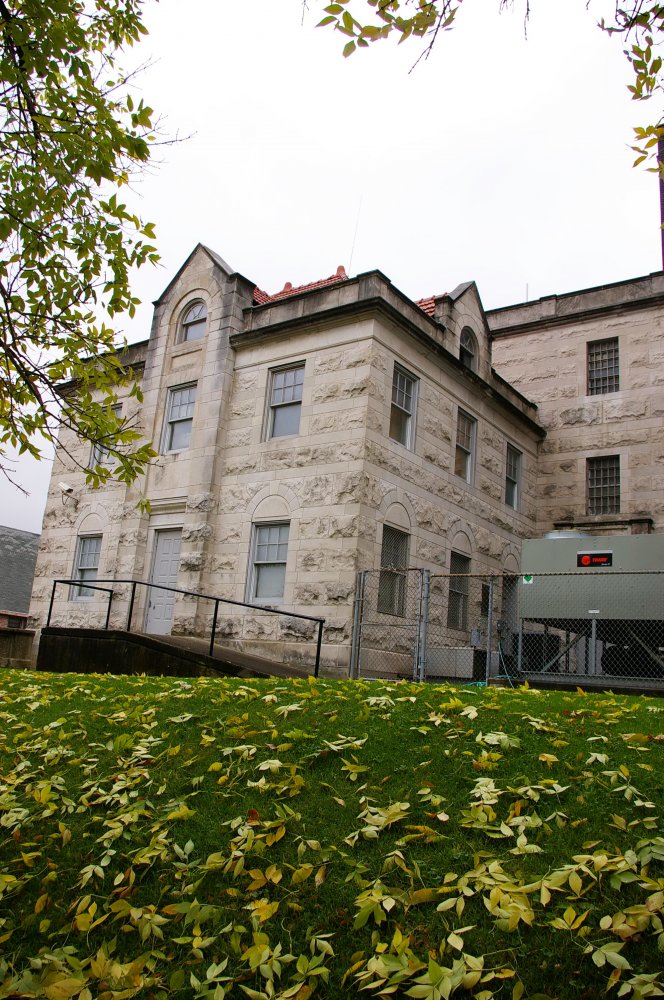