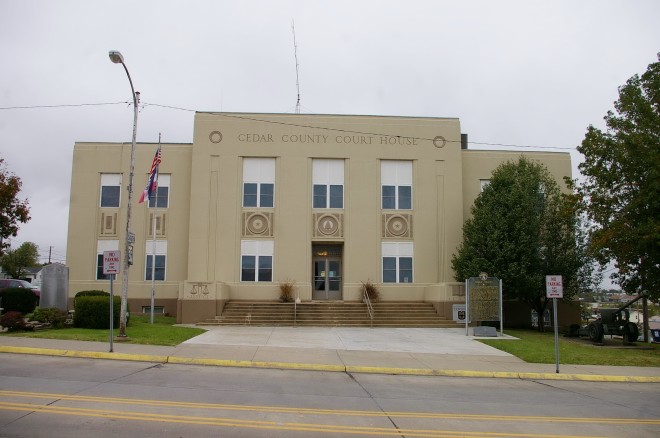 Cedar County is named for the abundance of cedar trees In the region.

Description:  The building faces east and is a two story monolithic poured concrete structure. The building is located on landscaped grounds in the center of Stockton. The east front has a projecting center section with three vertical openings for the center entrance and windows. There are decorative panels between the windows. The roof line is flat. This was a Works Projects Administration project. Hare and Hare, landscape consultants, assisted with the plan. On the west side is a three story addition. The building houses the County Circuit Court. 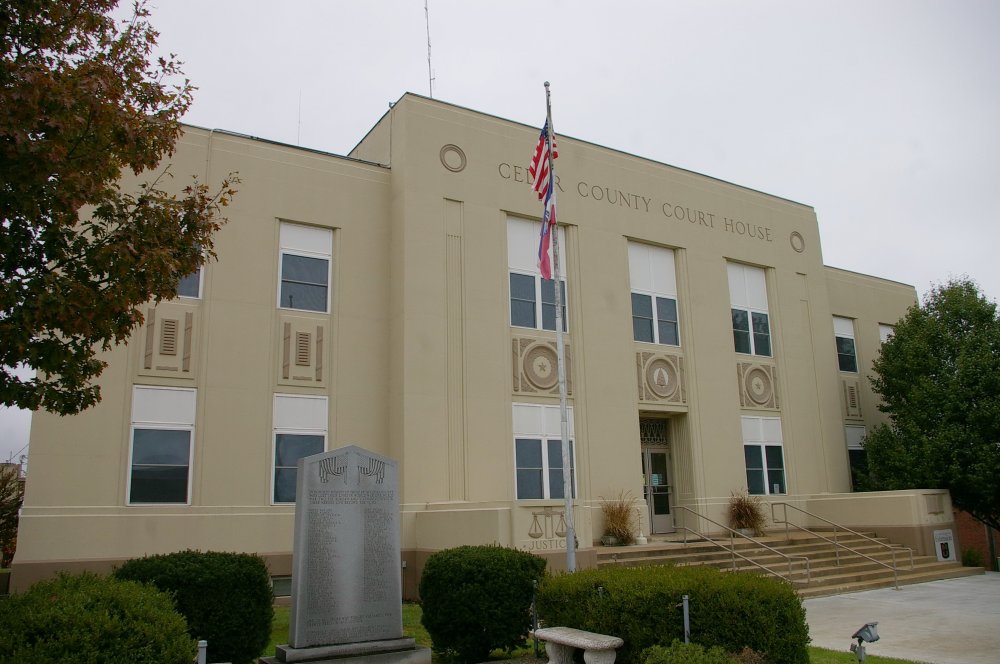 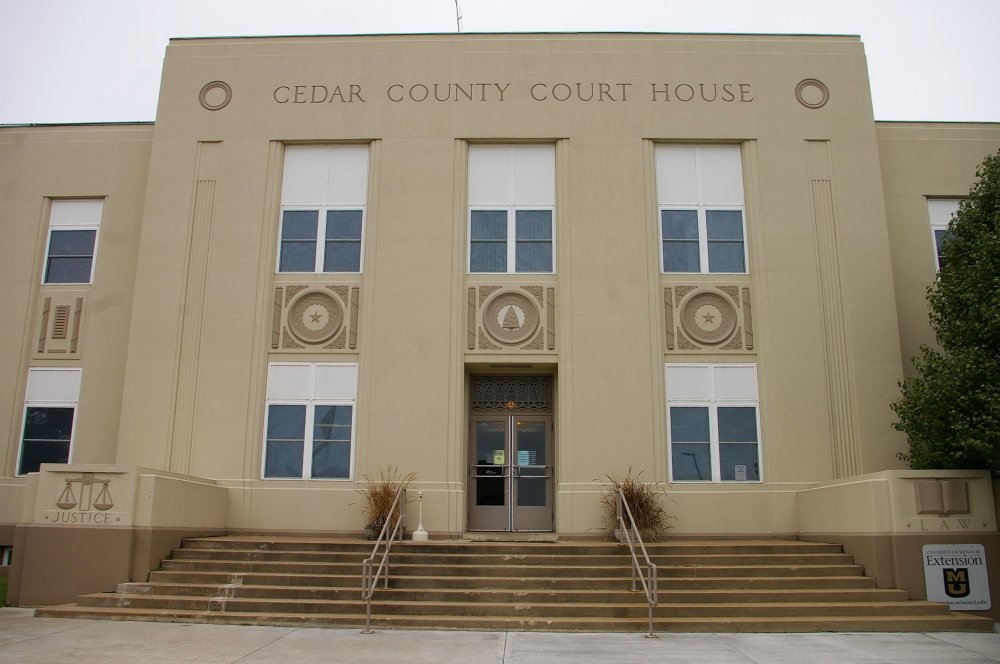 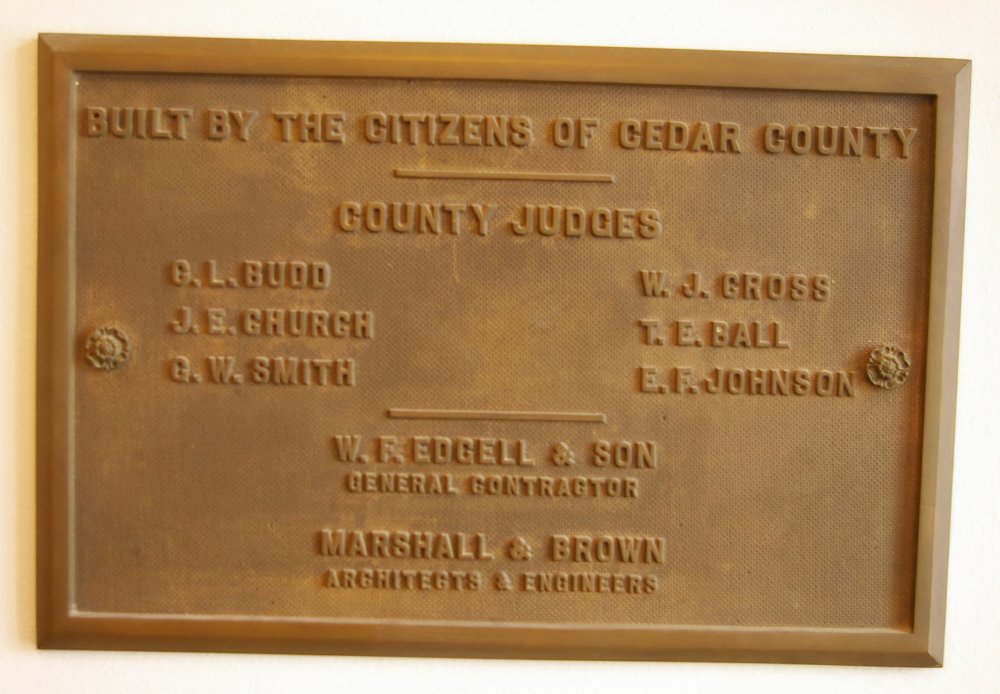 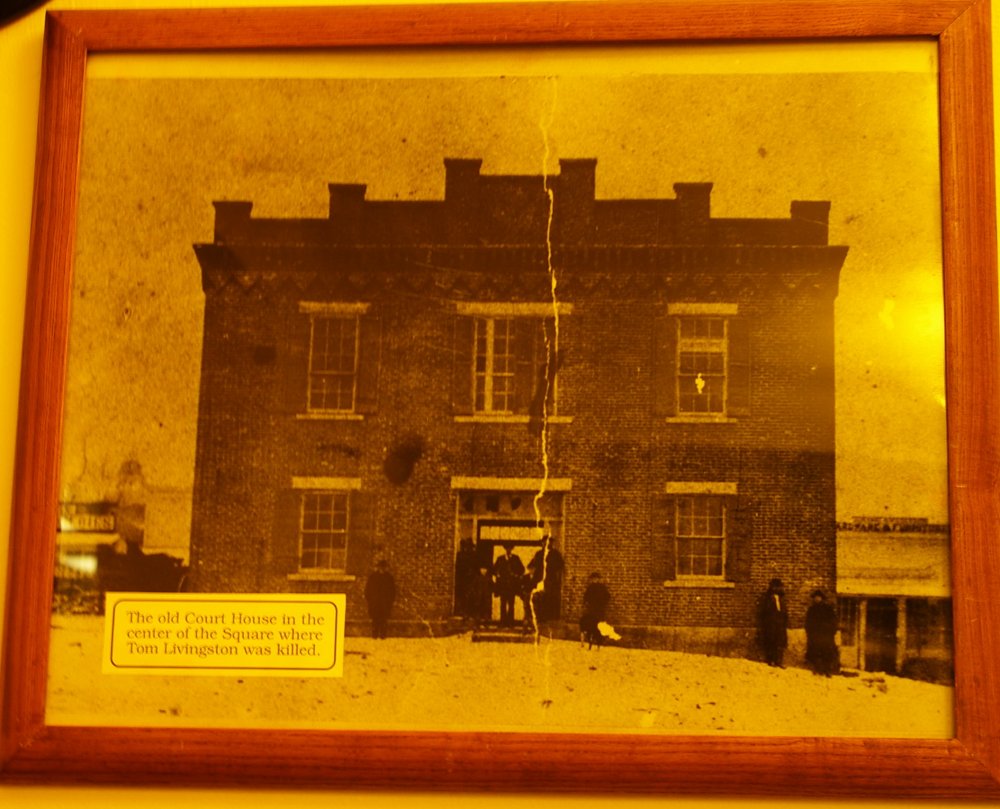 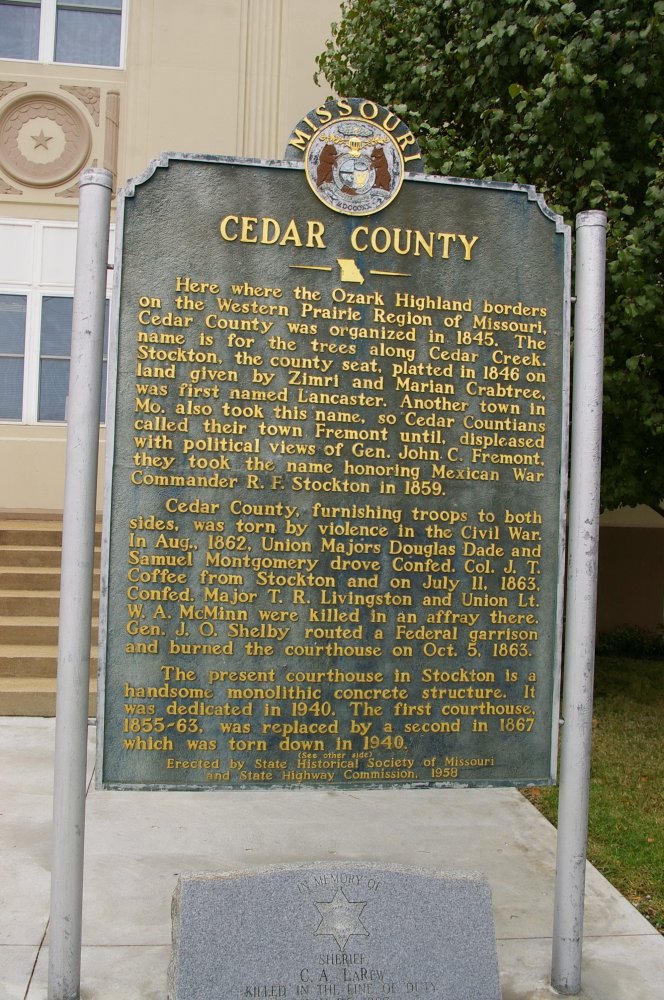 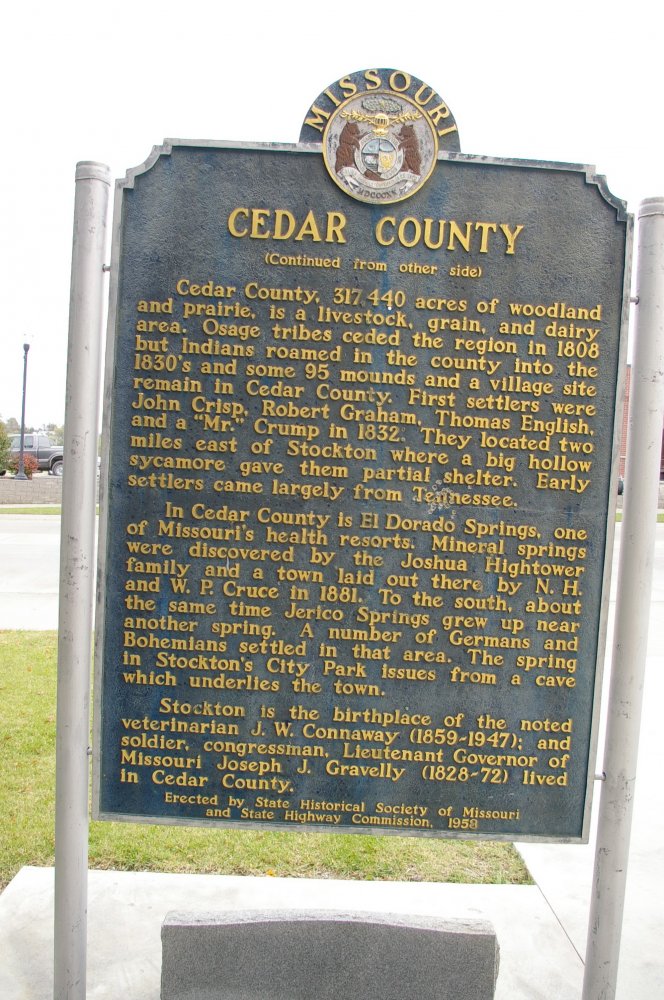