Cape Girardeau County is named for Sieur de Girardot, who was a French officer and an early explorer of the region.

Description: The building faces south and is a three story stone structure. The building is 81 feet by 108 feet. The south front has a large porch with two high columns and recessed entrance. There is a pediment at the roof line. A wide cornice runs below the roof line. On the center of the roof is a large square dome with clock and green roof.

See: The architect, Patrick Henry Weathers of Jackson, Mississippi, designed courthouses in Louisiana in Tensas Parish; in Mississippi in Lamar County, Lee County and Marion County; in Missouri in Daviess County and Stoddart County;  and in Oklahoma in Ellis County, Logan County and Washington County. 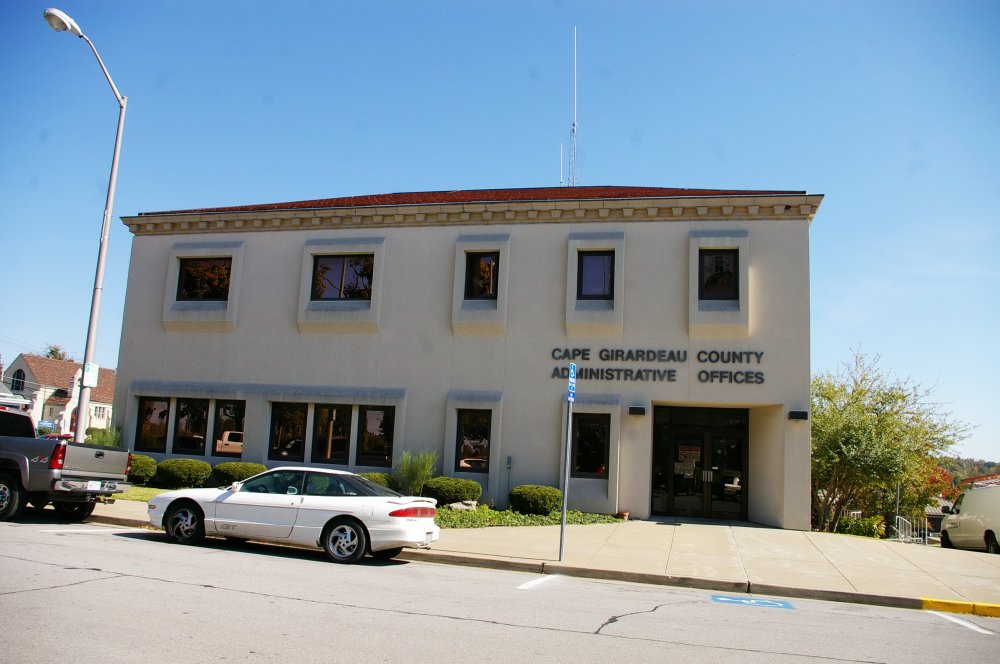 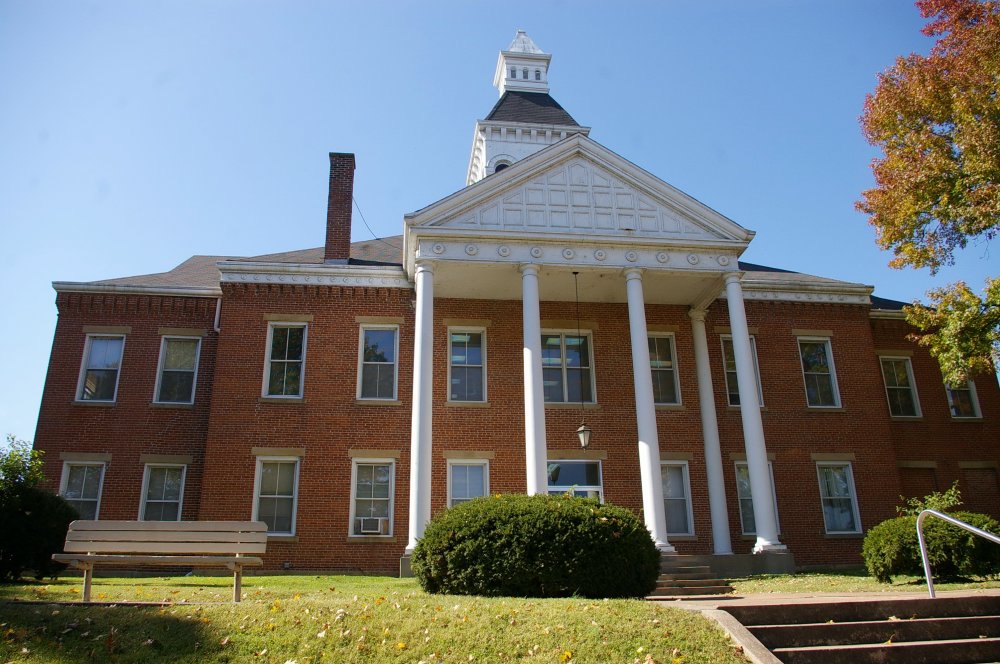 Description: The building faces east and is a two story red colored brick and wood structure. The building sits on a high bluff oveerlooking the Mississippi River. The east front has a large portico supported by four white columns rising to a pediment at the roof line. On the center of the roof is a square wood cupola. The foundation is limestone. The building houses the Cape Girardeau Court of Common Pleas. In 1888, the building was remodeled with two wings and a cupola added. The architect was Jerome B Legg of St. Louis. In 1959 a thirty foot annex was constructed on the west side of the building. The architect was John Boardman of Cape Girardeau. 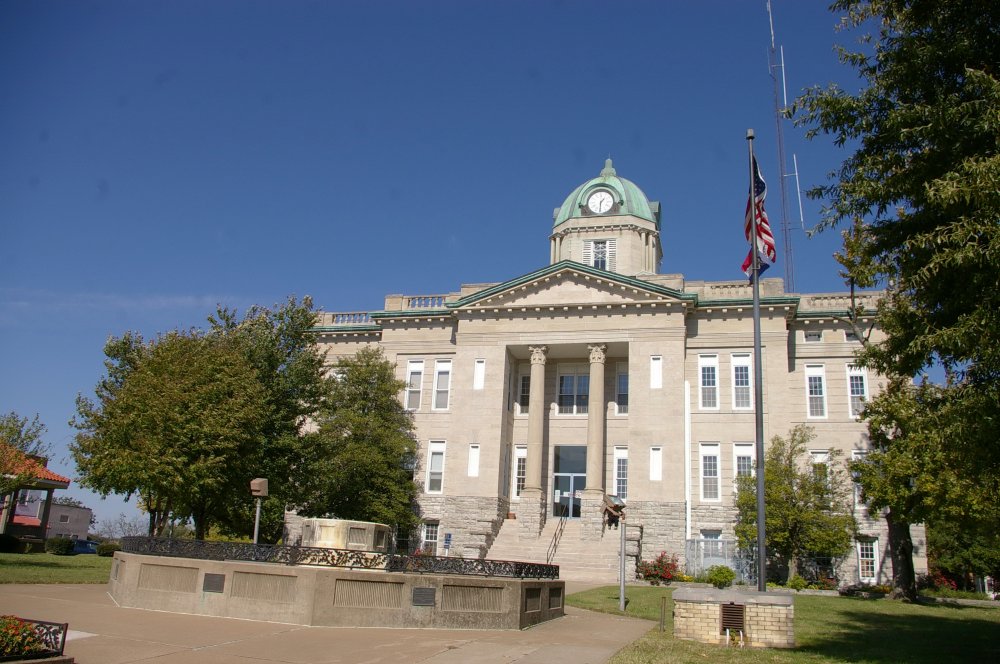 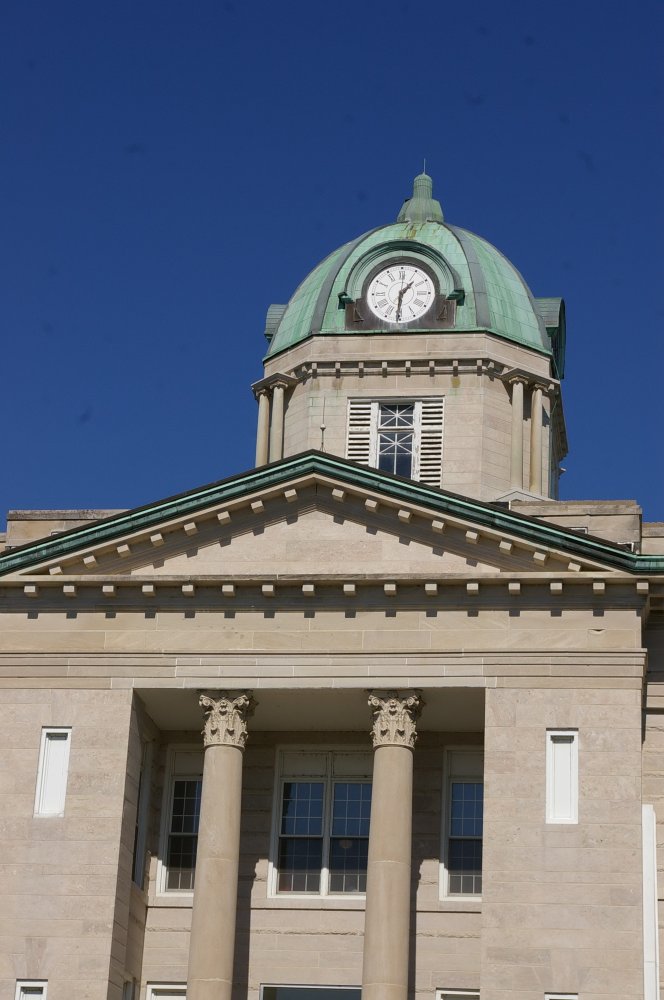 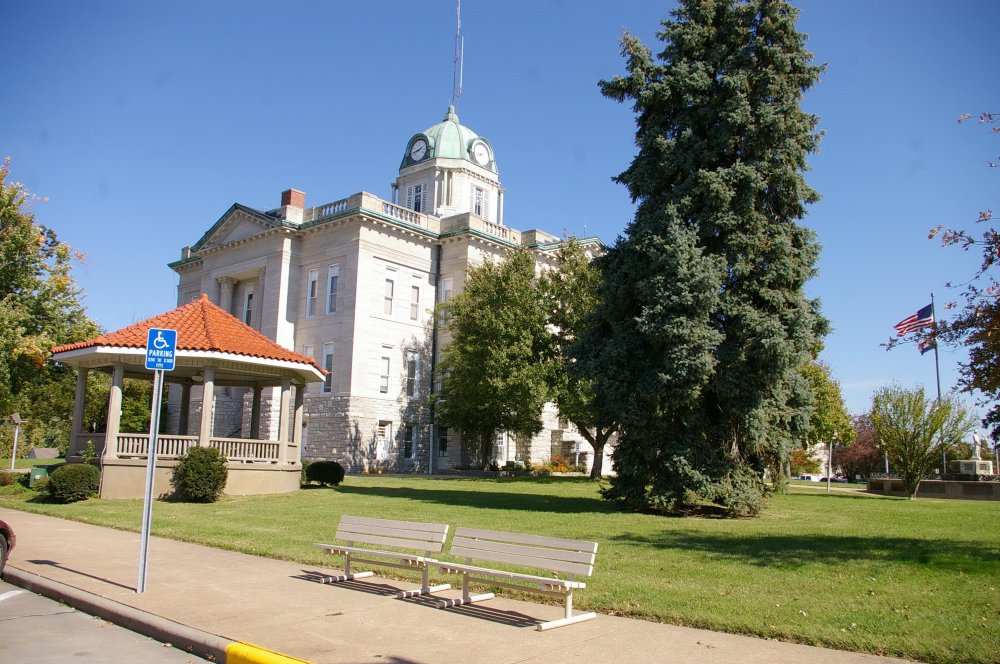 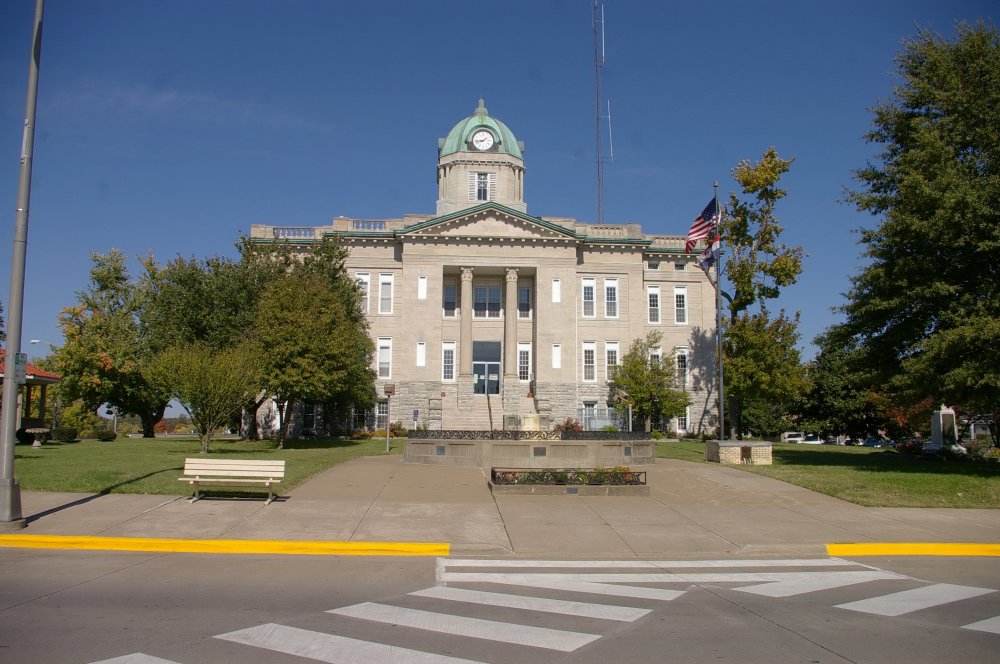 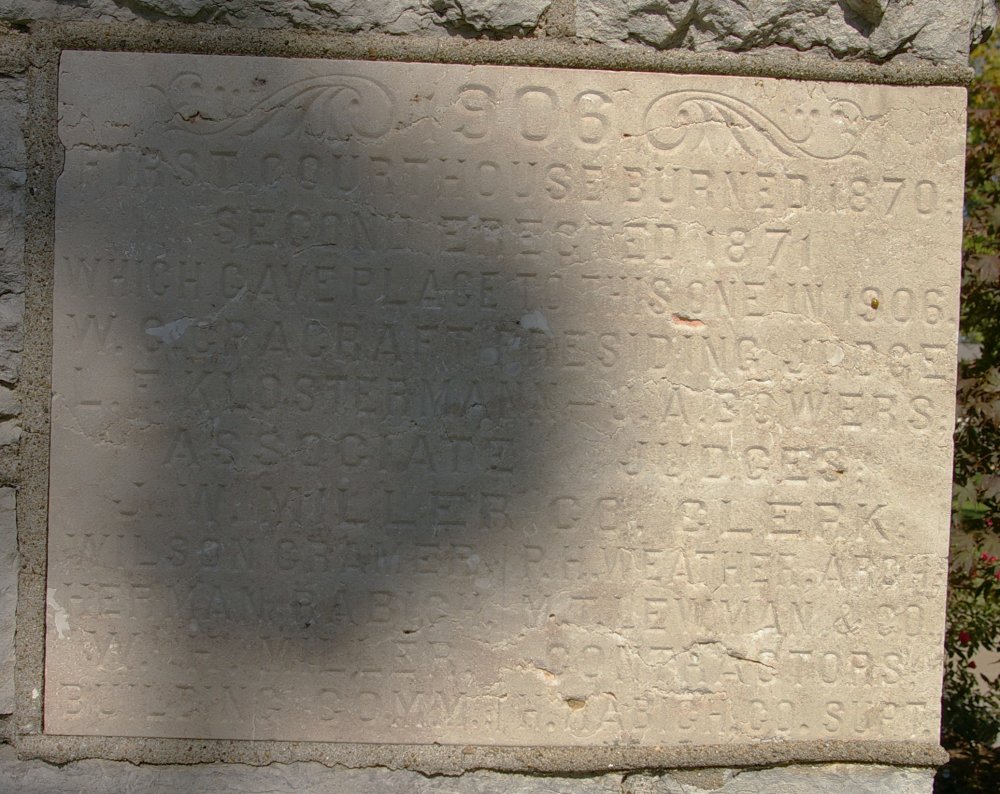 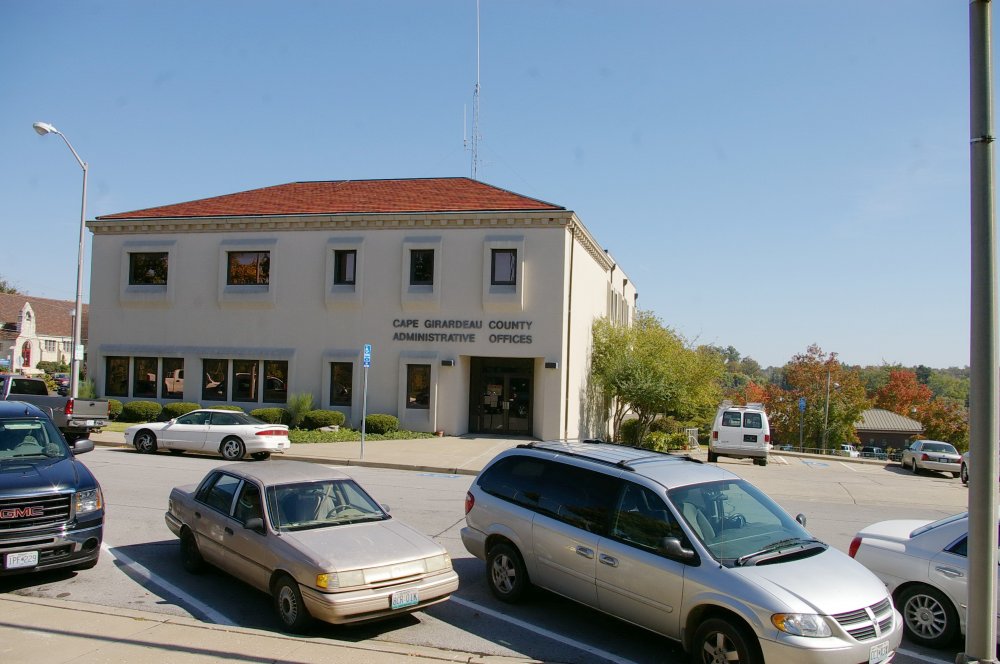 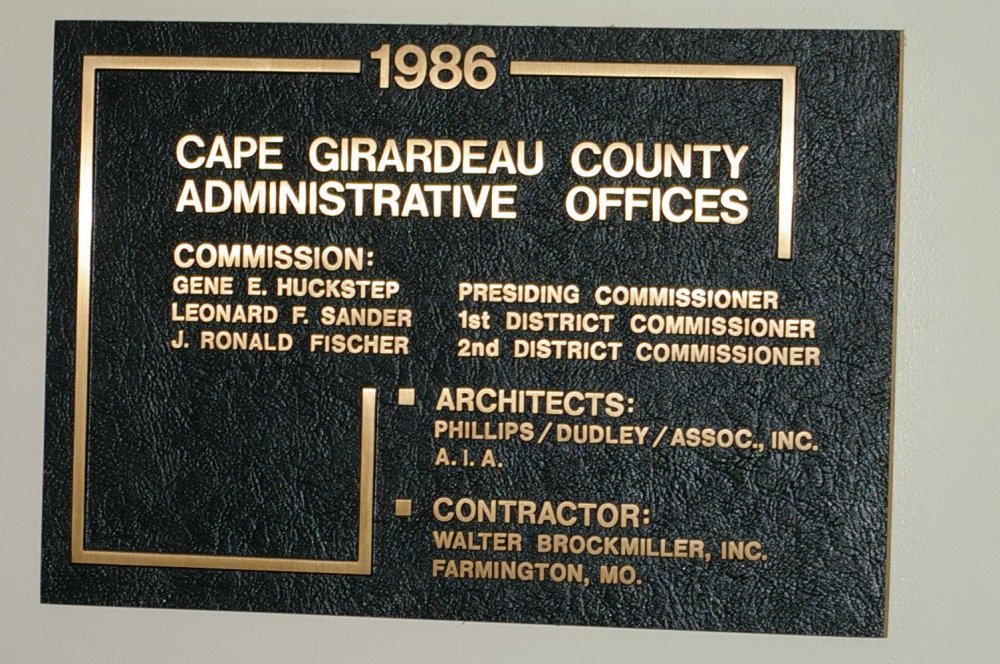 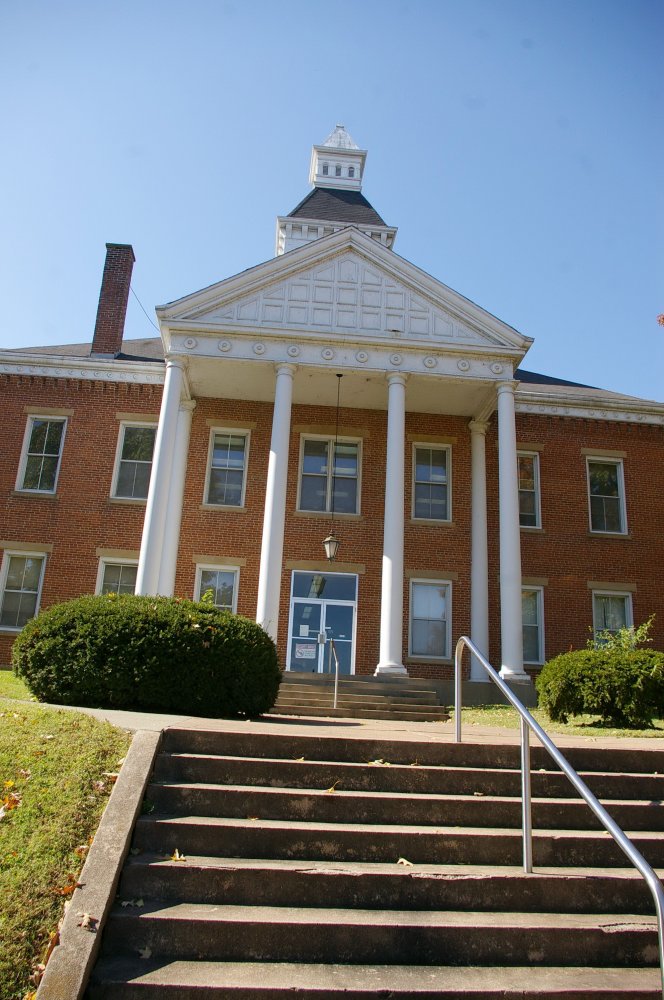 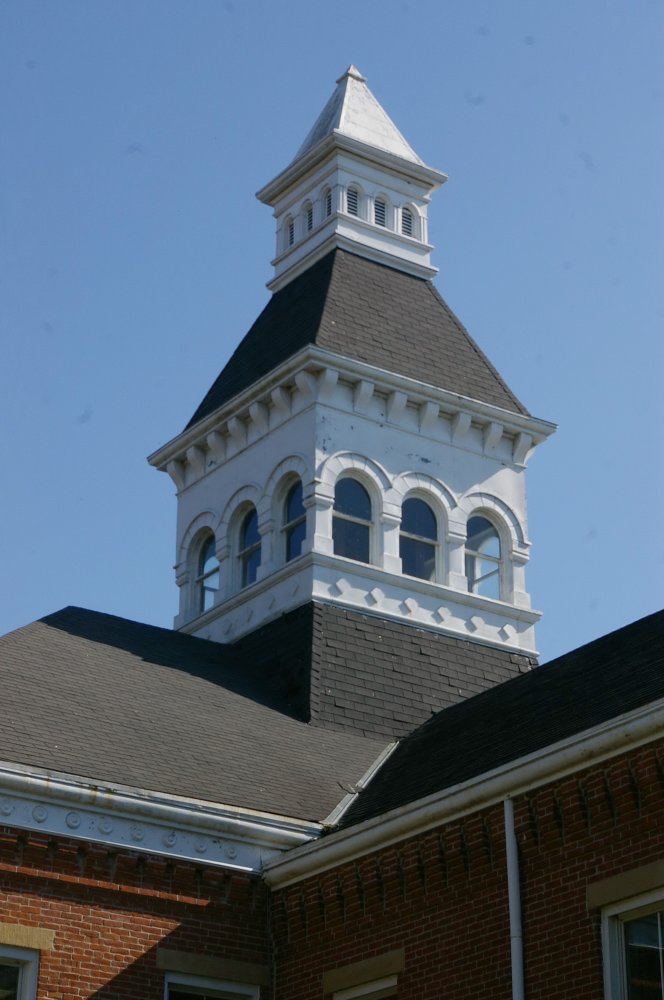