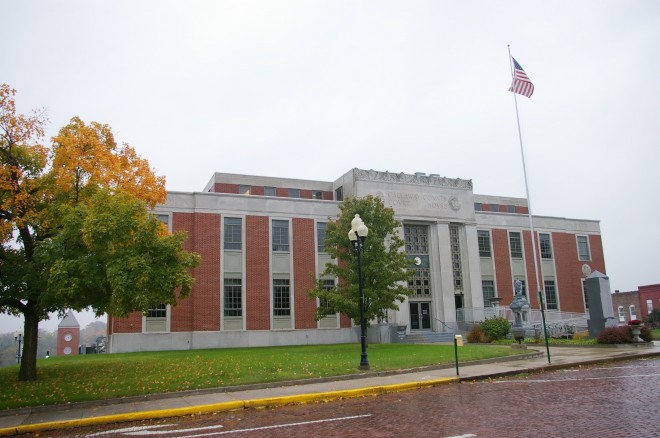 Callaway County is named for James Callaway, who was the grandson of Daniel Boone and who was killed in Indian fighting in 1815.

Description: The building faces north and is a three story red colored brick and cement structure. The building is located on spacious grounds and is 134 feet by 80 feet. The north front has four large vertical pillars with clock and a wide header rising above the roof line. Above the entrance are large windows. The windows are vertical with divider panels. The third story is recessed behind the north header.  The roof line is flat. The building was renovated from 1996 to 2000. The architect was Renner-Howell and the contractor was Huey Constuction (phase 1) and Glovcon, Inc. (phase 2). 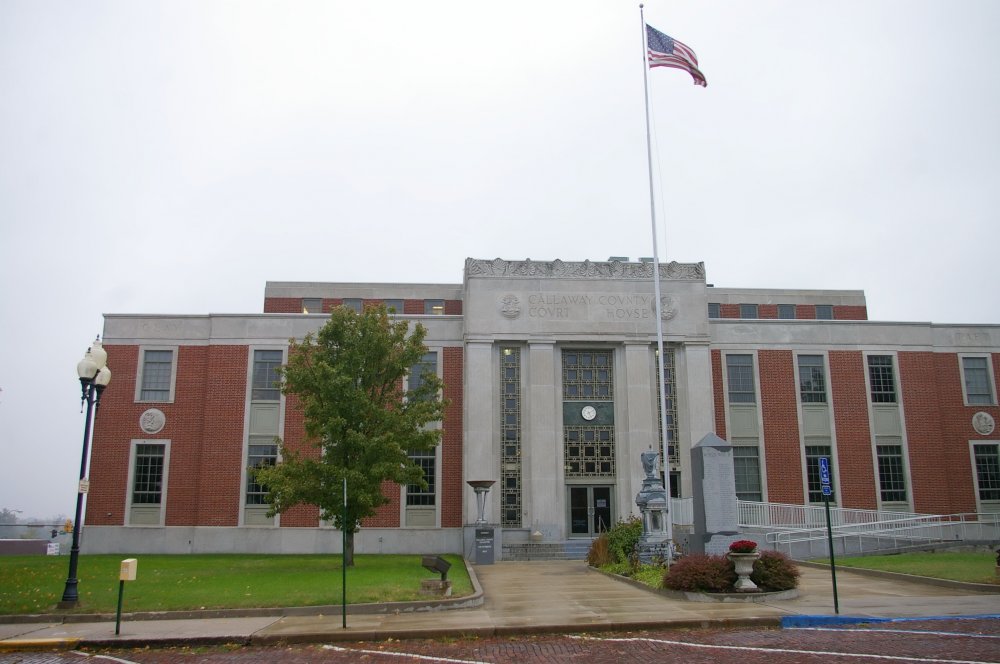 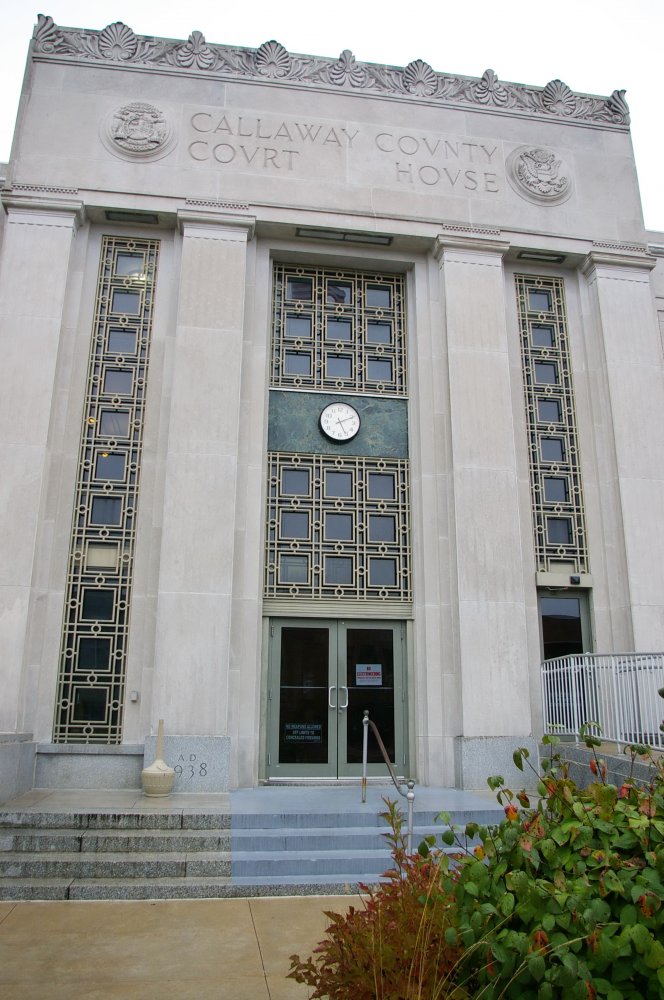 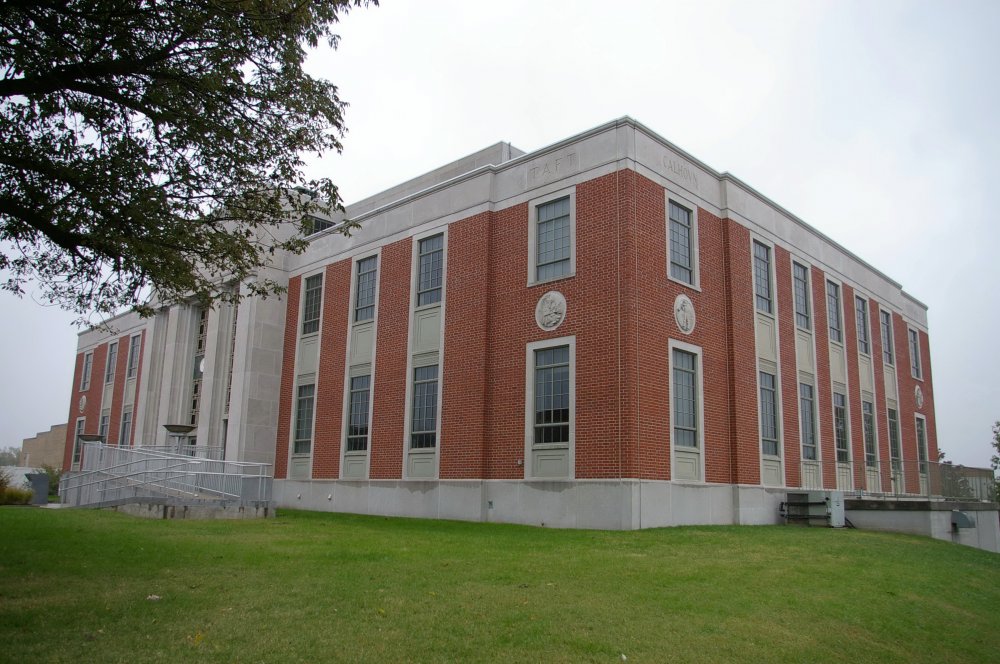 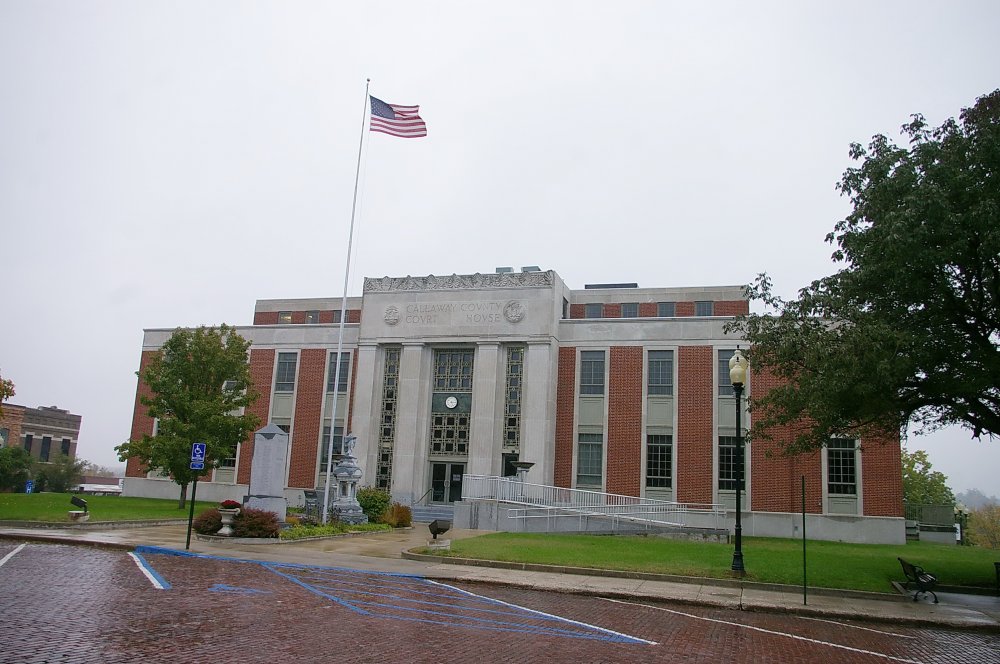 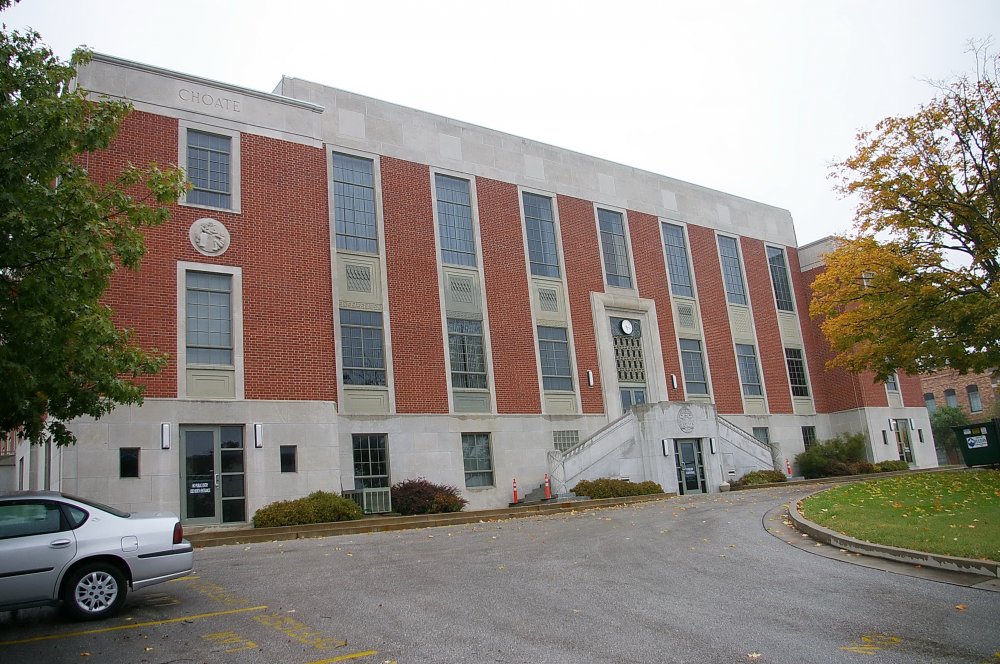 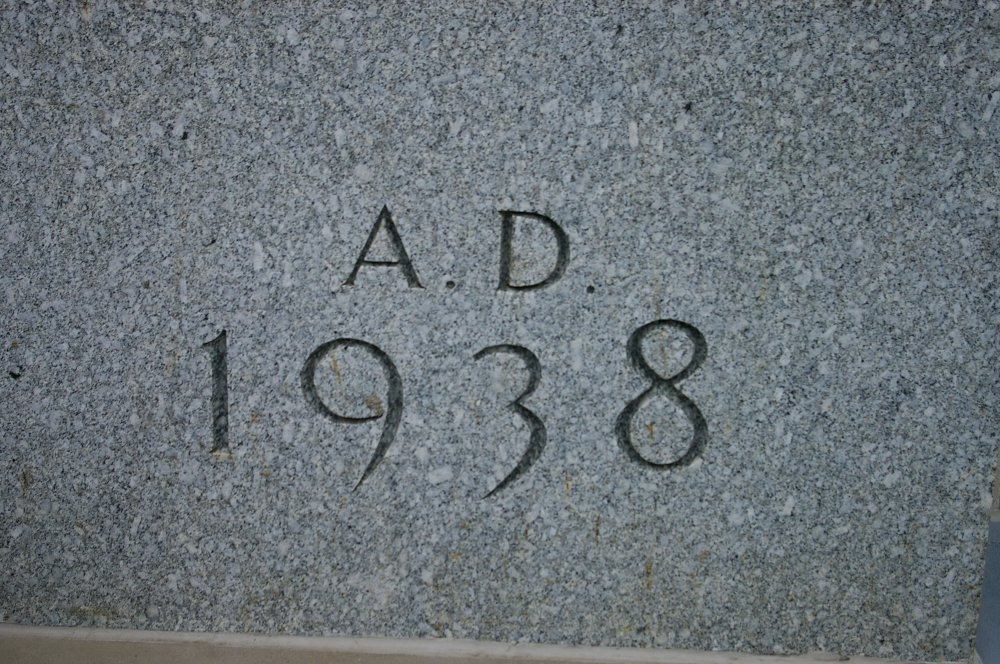 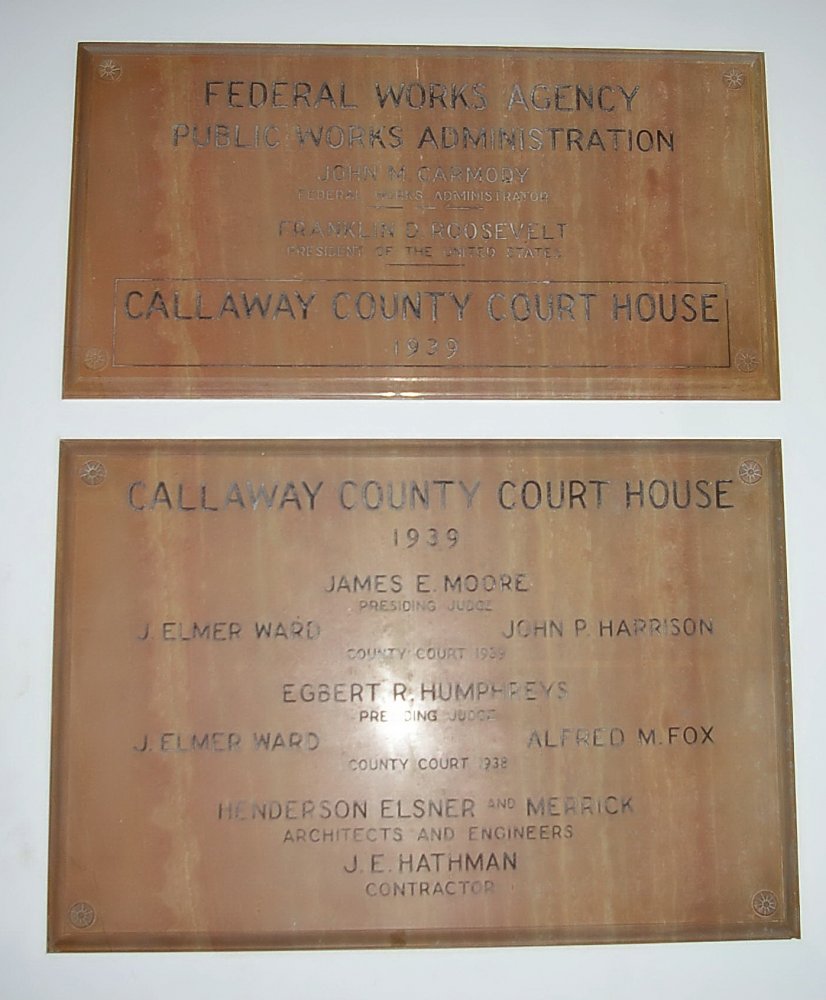 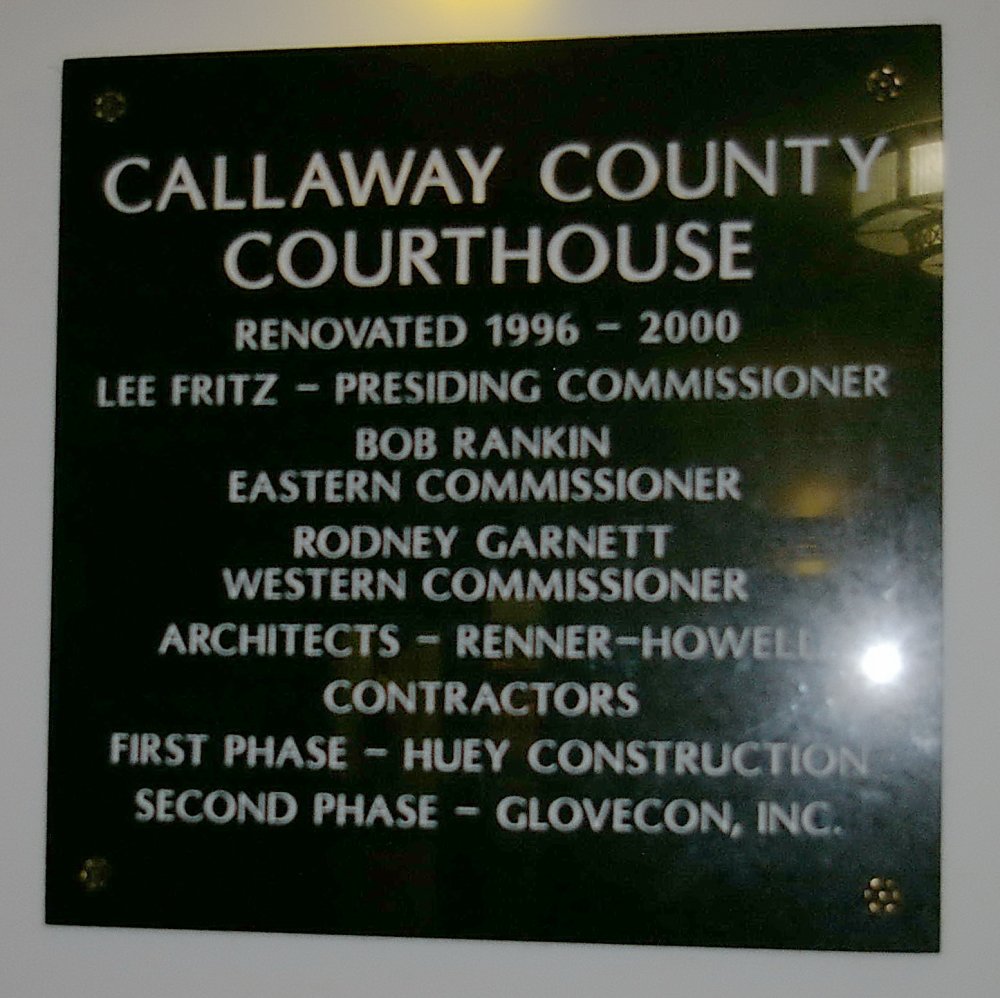 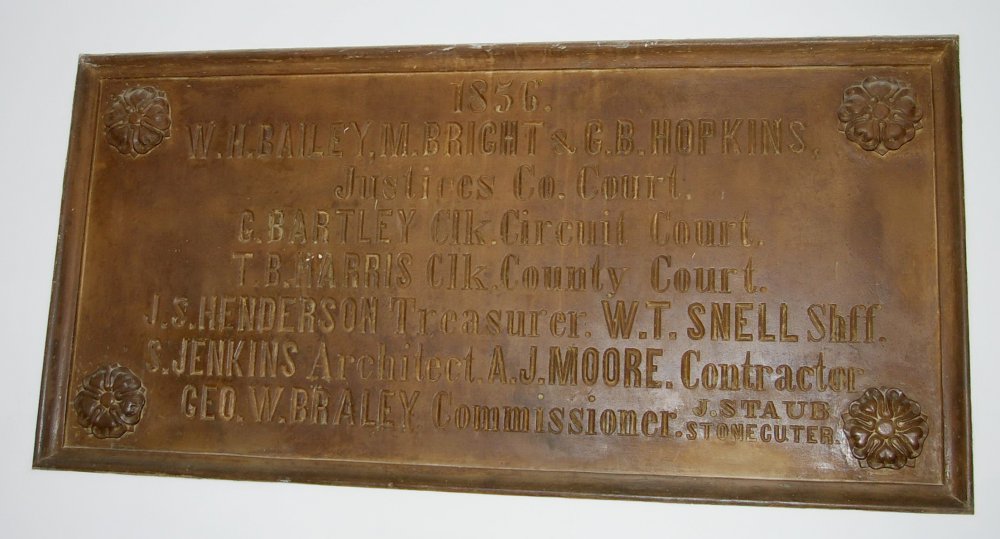