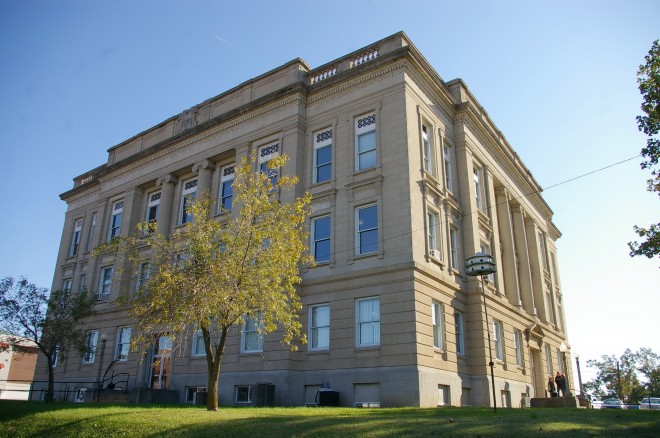 Butler County is named for William O Butler, who was a United States Representative from Kentucky and a candidate for Vice President. 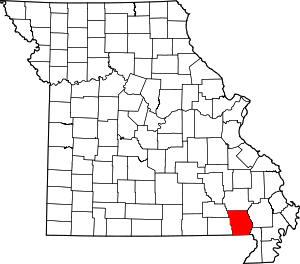 Description:  The building faces south and is a three story gray colored Bedford stone and concrete structure. The square shaped building is located on the landscaped grounds of the Public Square in the center of Poplar Bluff. The building is 100 feet by 100 feet. The center of the south front and the other building sides project slightly with two columns rising from the second story to the top of the third story. The first story entrance has a small pediment. The first story has horizontal stone work. There is a balustrade around the flat roof line. The interior lobbies have terrazzo floors and marble wainscoting. At the entrances are terrazzo stairs which lead to the lobby.The courtroom on the third story has terrazzo floors, Art Deco stencilling on plaster walls and egg and dart molding at the ceiling. The building houses the County Circuit Court of the 36th Judicial Circuit. The large courtroom is located on the third story. The architect was N S Spencer and Sons of Chicago, Illinois and the contractor was George H Gassman Construction Company. On the north side is the County Justice Center.

Note:  The Missouri Court of Appeals – Southern District has an office the the courthouse. 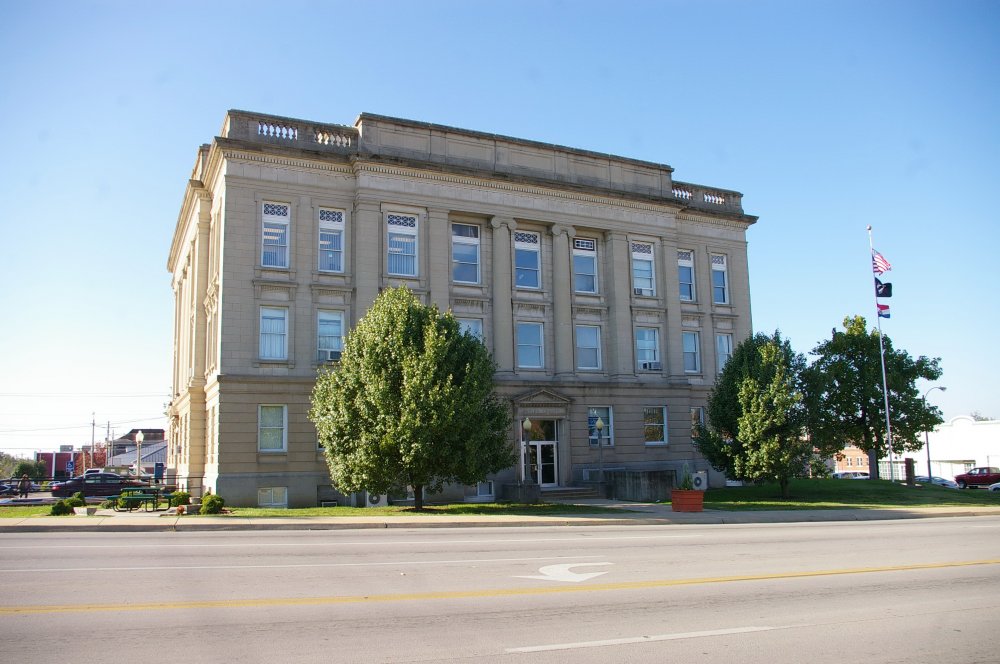 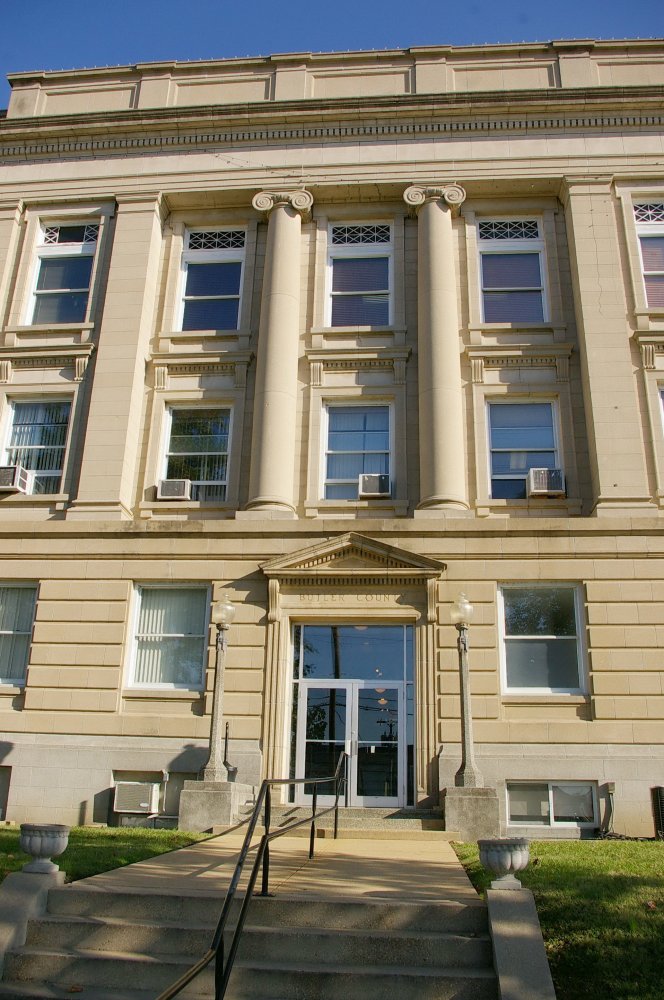 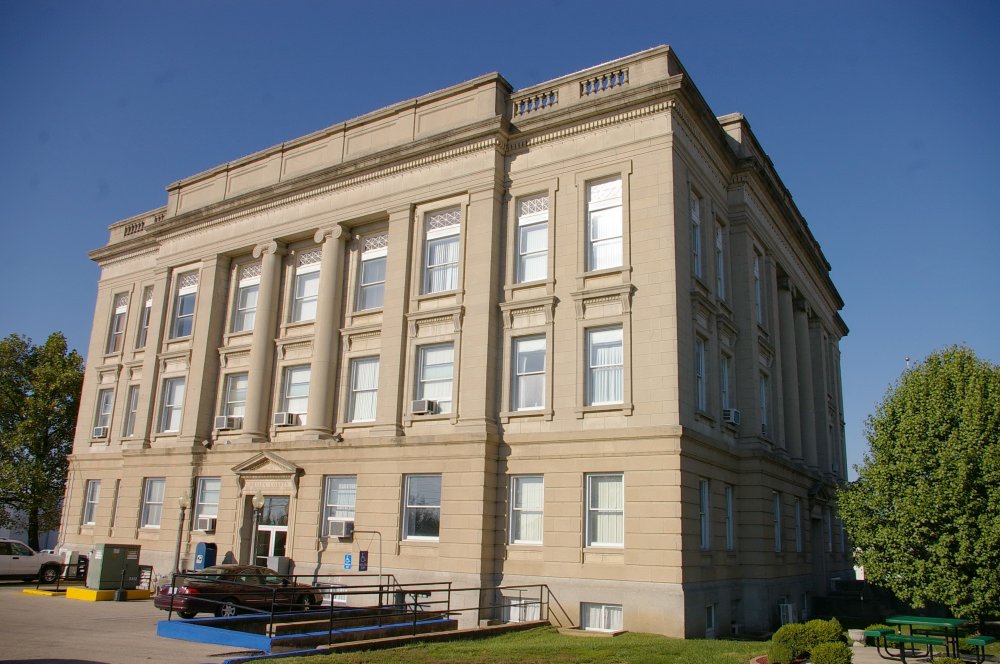 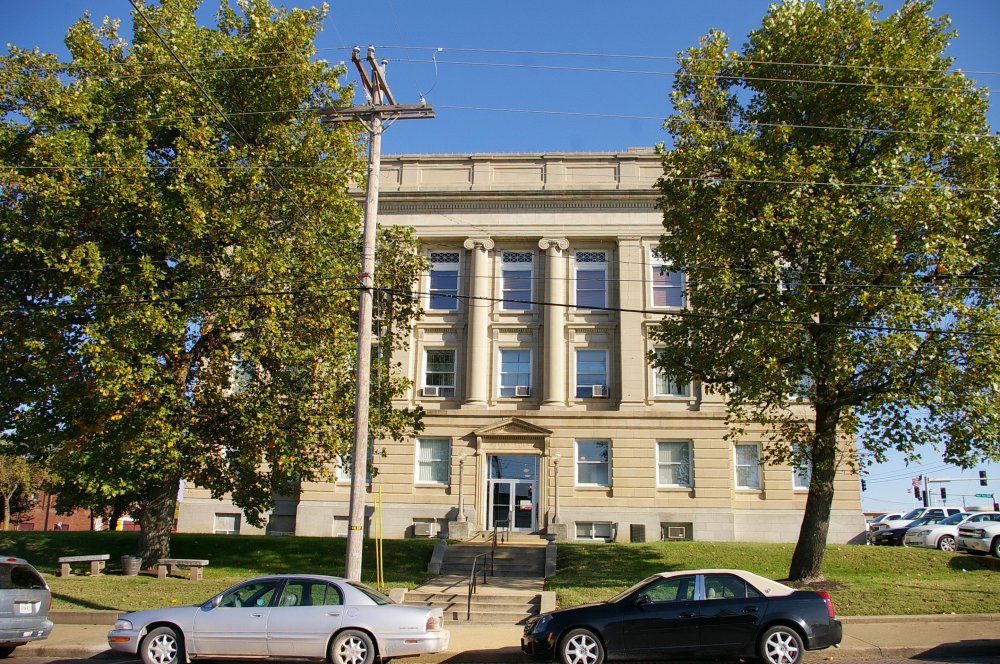 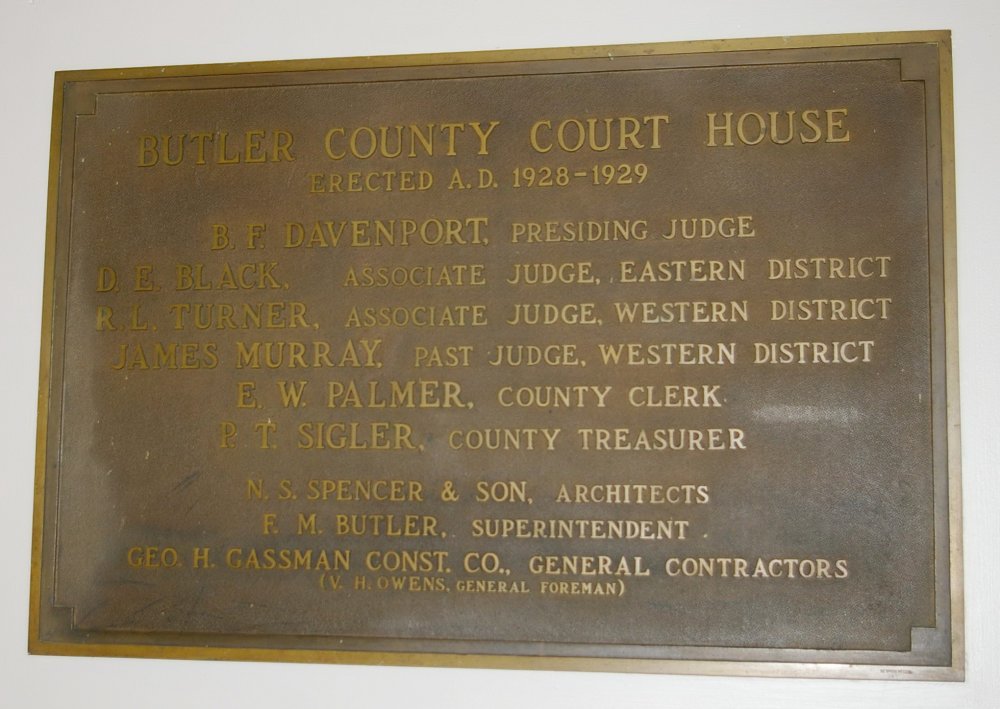 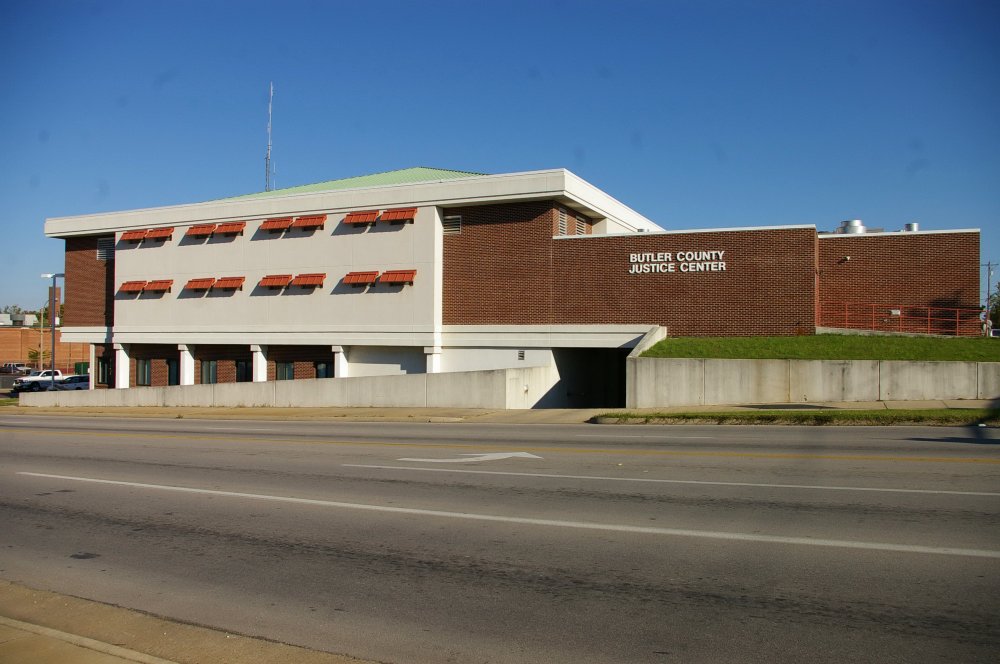 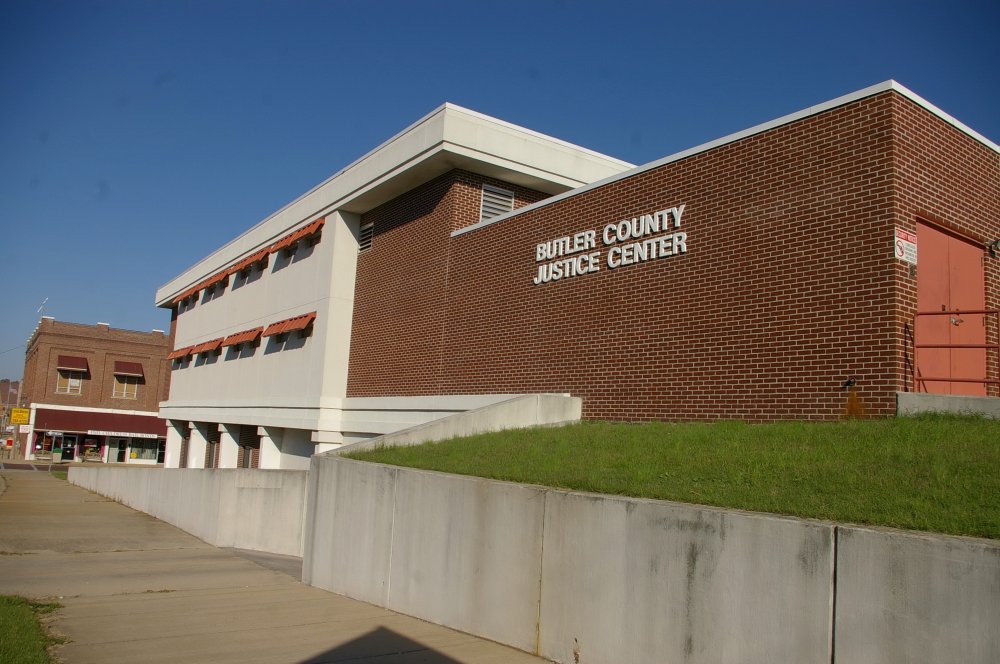 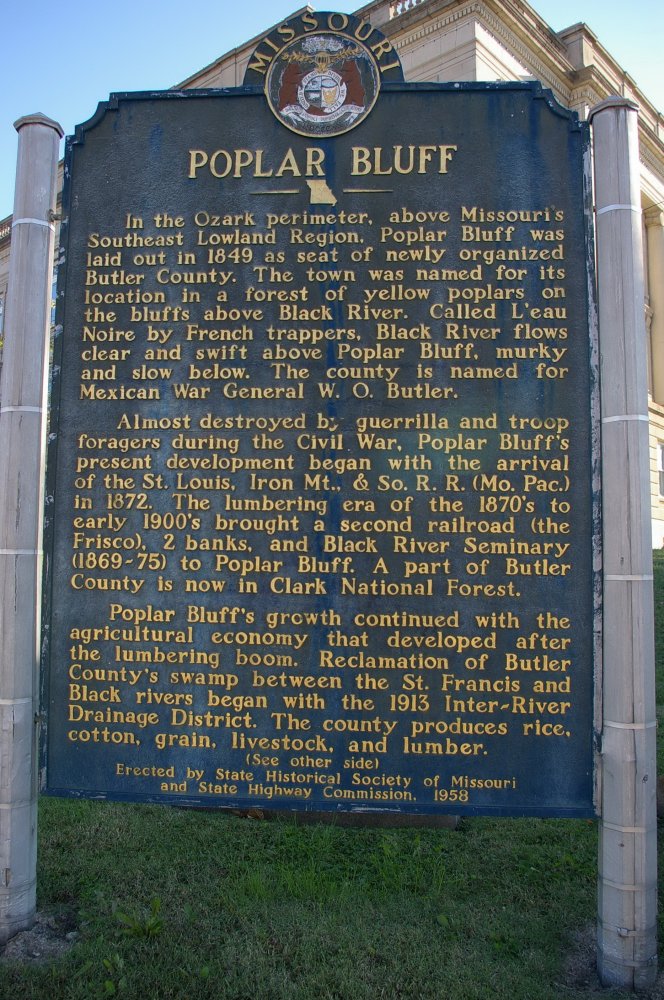 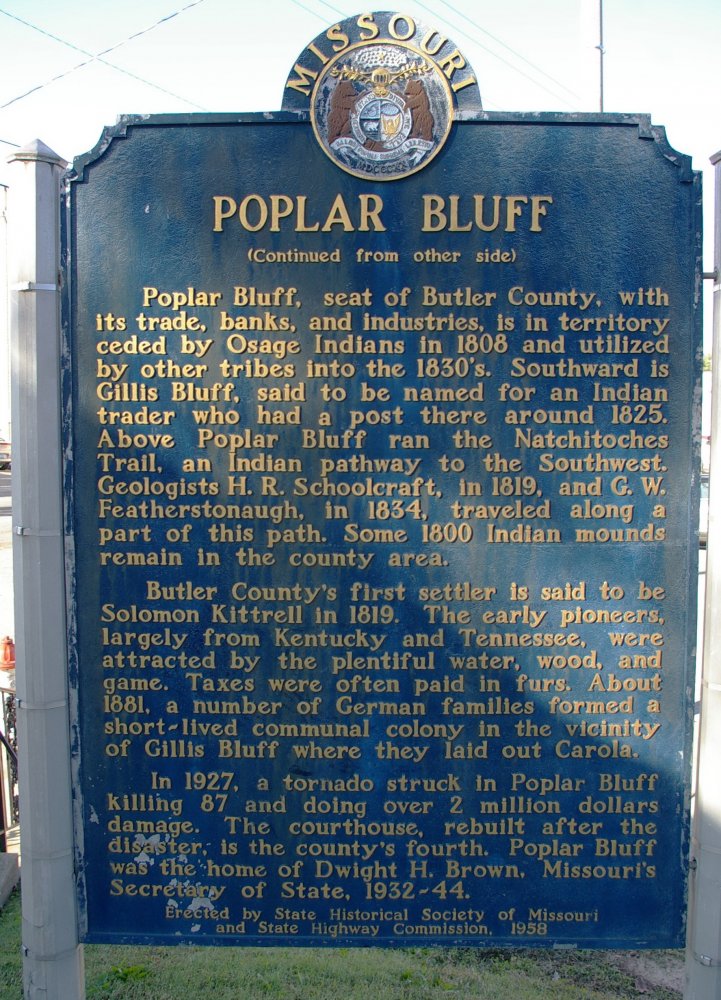