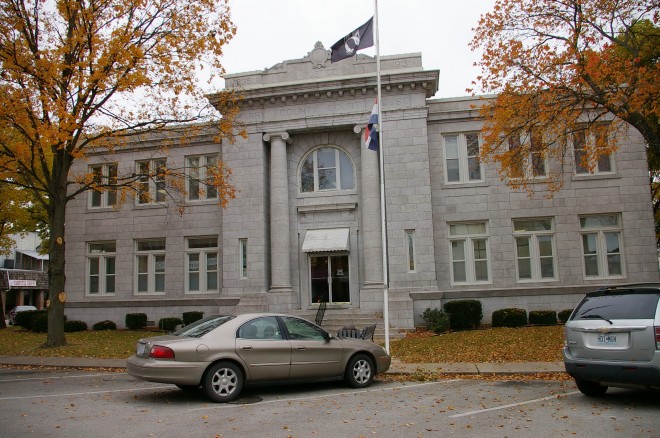 Barry County is named for William Taylor Barry, who was a jurist and the United States Postmaster General. 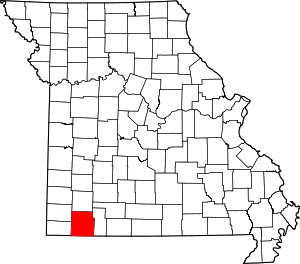 Description:  The building faces south and is a two story stone veneer and concrete structure. The building is located on landscaped grounds in the center of Cassville and is 84 feet by 100 feet. The south front has a projecting center section with two large columns rising to the top of the second story with a wide header which extends above the flat roof line. Cornices run below the roof line and below the first story windows. On the north side, a five window bay extends from the building at the courtroom. In the interior is the Grand Lobby off the south entrance. The courtroom is located on the north side of the Grand Lobby and is 53 feet wide and 55 feet long. There was a galley for spectators on the second story.

Description:  The building faces southeast and is a two story concrete structure. The building is located on landscaped grounds to the south of the center of Cassville. The entrance is located at the south end of the east front and has a canopy and high white colored section which rises above the roof line. The southeast corner is red colored concrete. The center of the east front is recessed with vertical concrete dividers. The roof line is flat.. The building houses the County Circuit Court of the 39th Judicial Circuit.

History:  The county was created in 1835 and Mount Pleasant was selected as the county seat. The first courthouse was built in Mount Pleasant in 1837. The county seat was moved to McDowell in 1839 and then to Cassville in 1845. The second courthouse was a frame structure built in Cassville in 1846 to 1847 for a cost of $510 with John O Burton as superintendent. The third courthouse was a two story brick structure built by William Young and Abner Neely for $4,995 in 1855 to 1858. The building was razed in 1910. The fourth and present courthouse was constructed in 1913 to 1914 at a cost of $45,720. The County Judicial Center was constructed in 2001 to 2003. 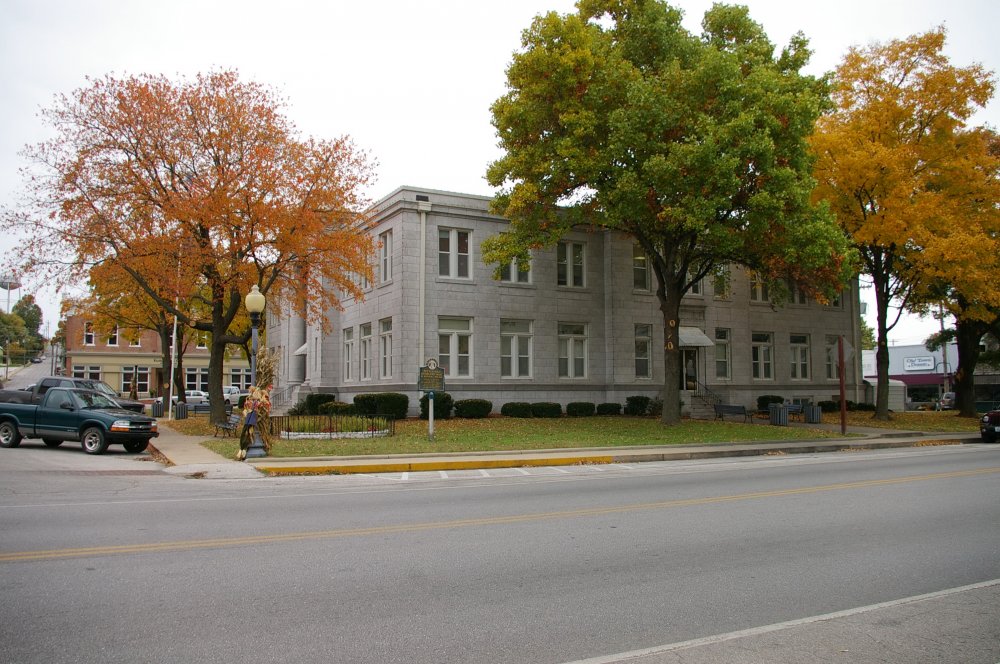 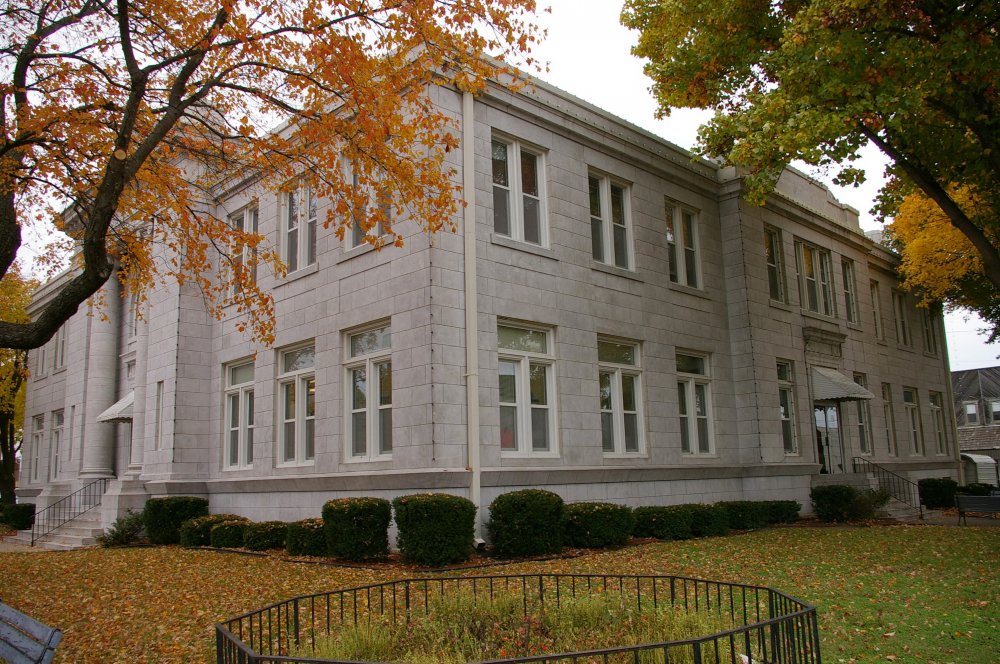 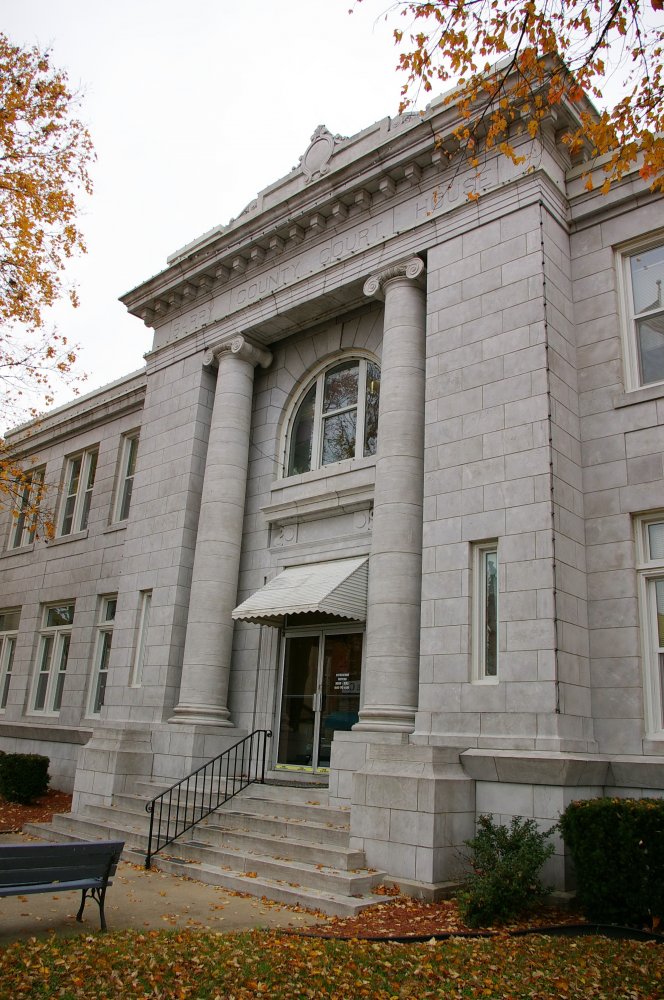 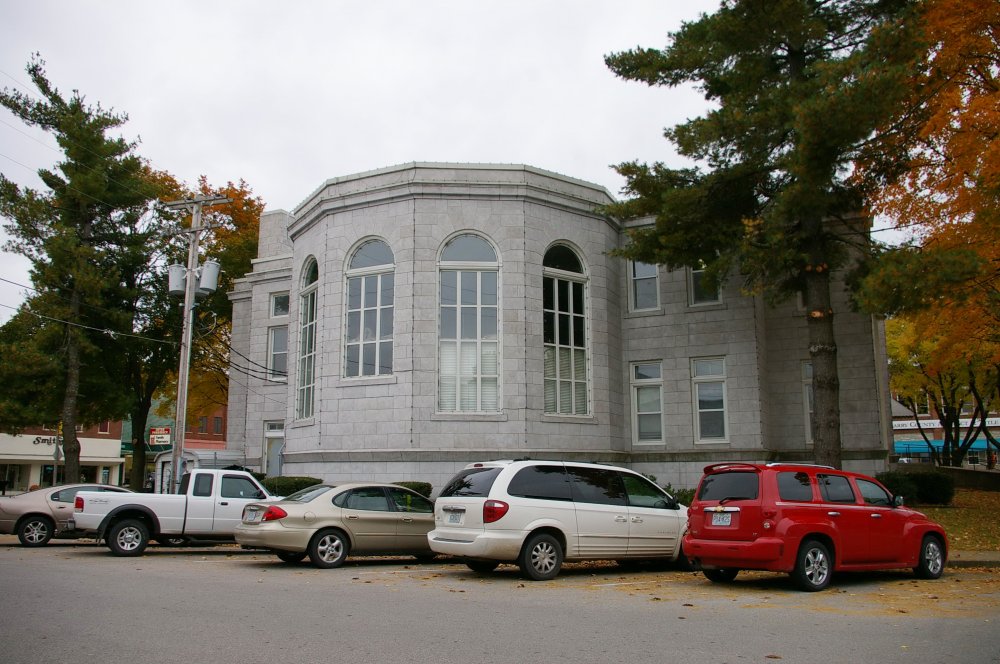 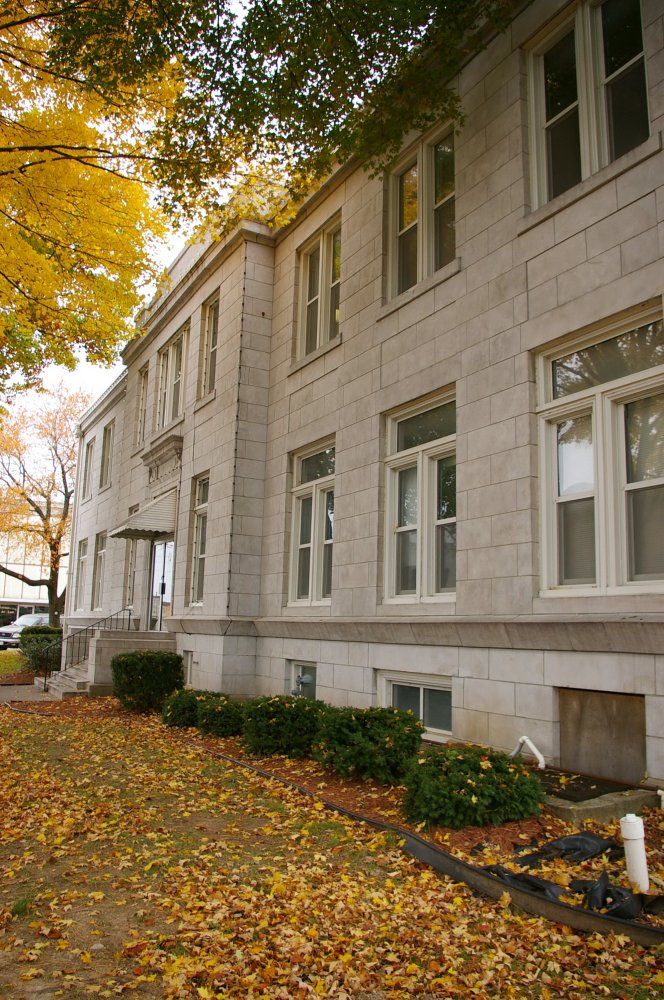 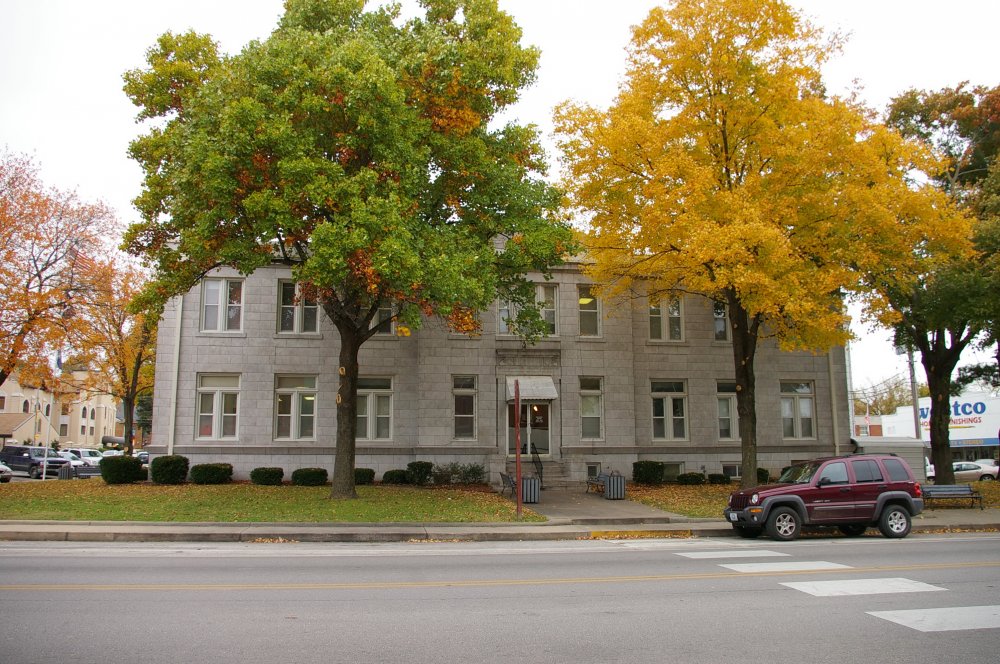 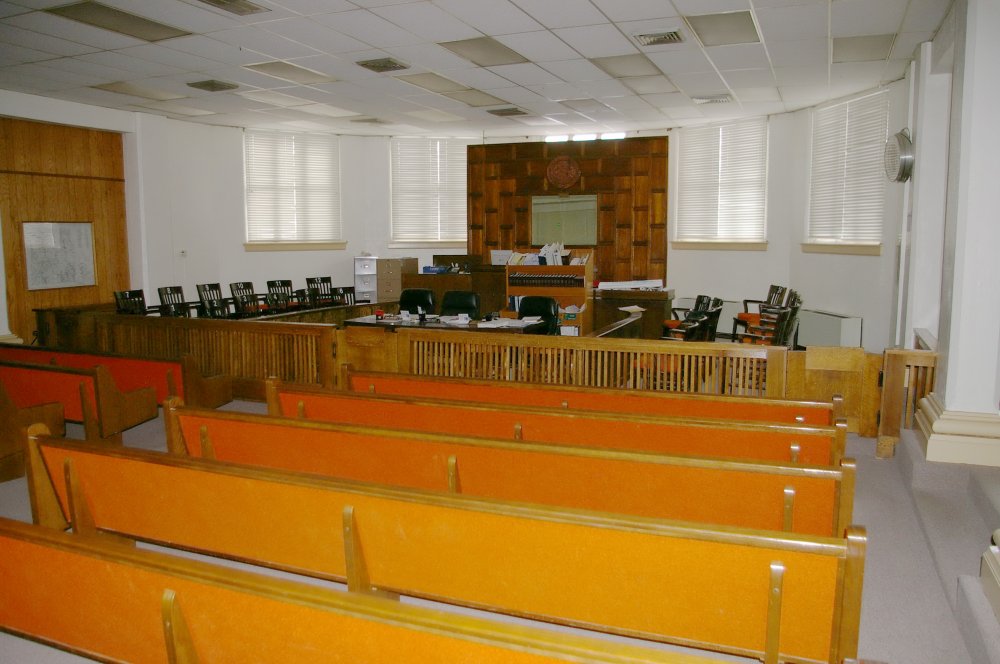