Wilkinson County is named for James Wilkinson, who was a soldier in the Continental Army.

Description:  The building faces north and is a two story buff colored brick and stone structure. The building is located on the landscaped grounds of Courthouse Square in the center of Woodville. The north front has brick pillars dividing the windows and rising to a peaked roof. The entrances are on the corners of the front. On the center of the roof is a large octagonal brick dome with clock. The building has an interior rotunda with two balconies and tile floor inlayed with county seal. The large courtroom is located on the second story. On the south side is a two story chancery and jail were constructed in 1973. The architect was Lynton B Cooke Associates and the contractor was J A Russ. 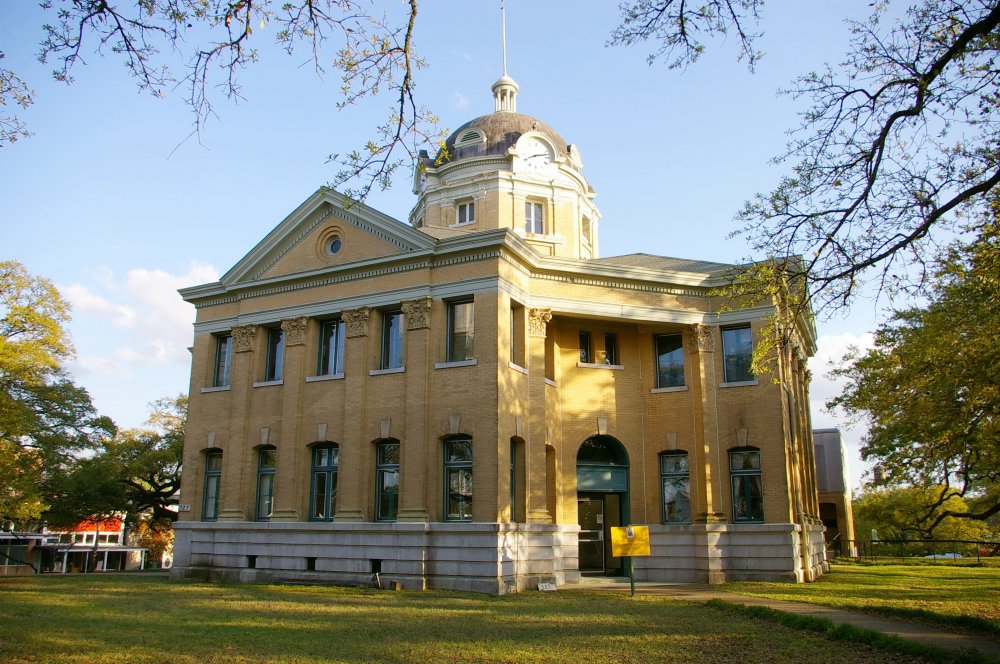 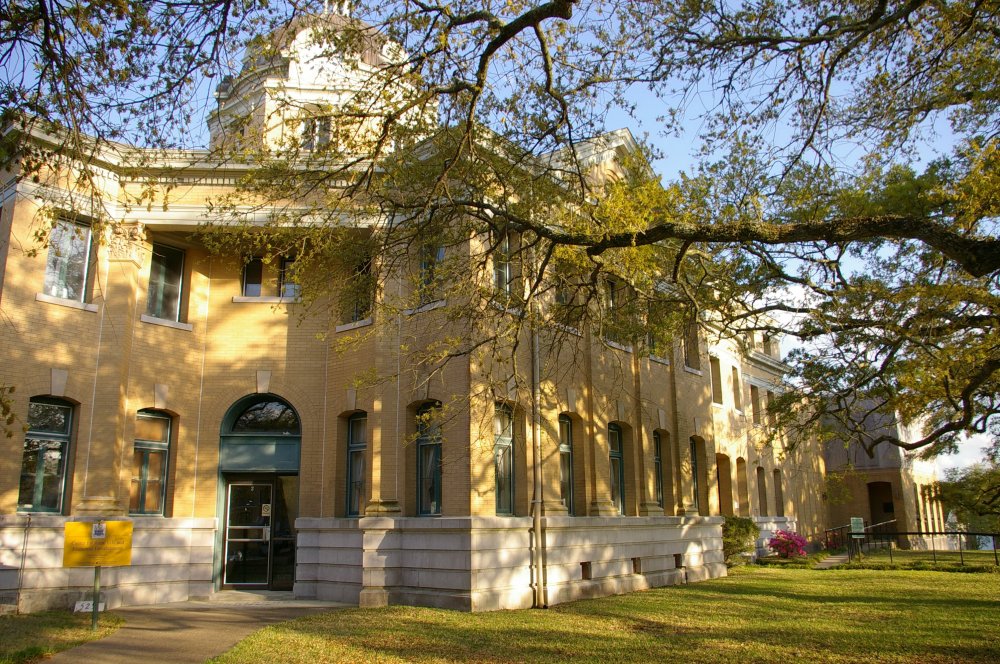 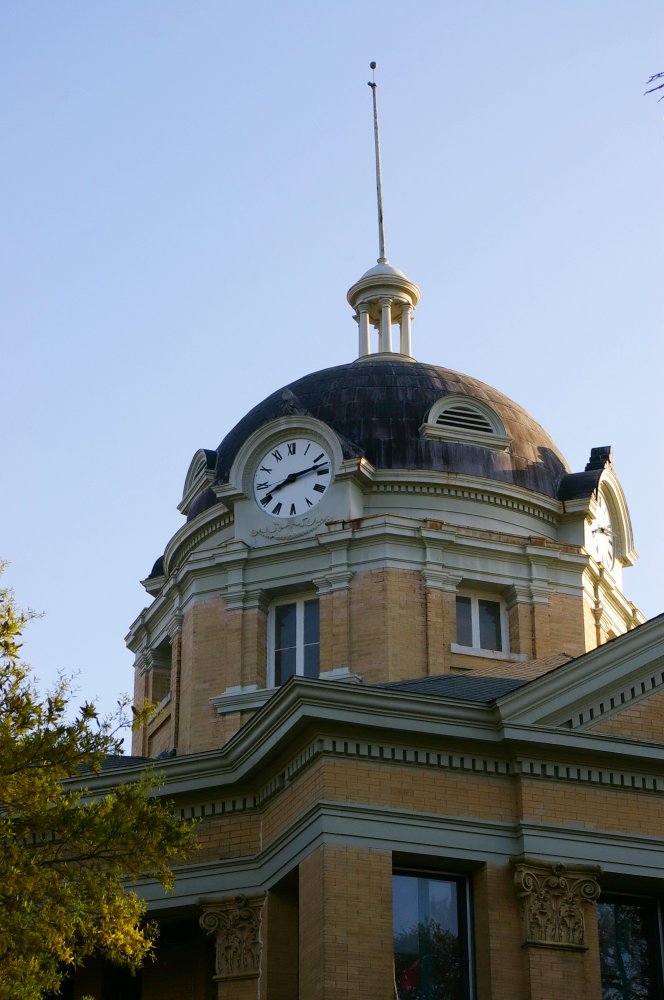 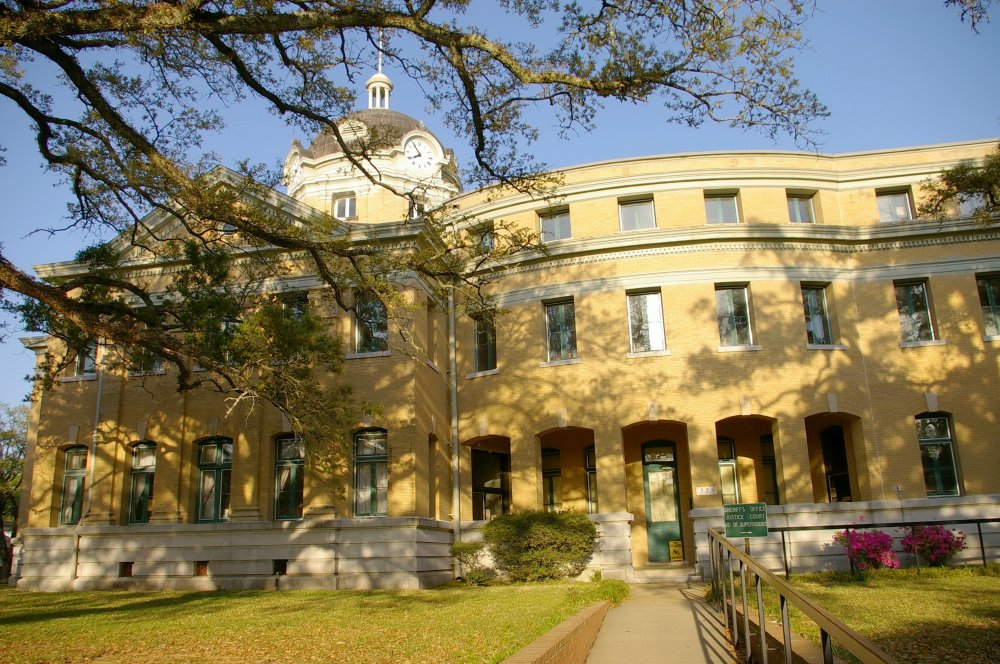 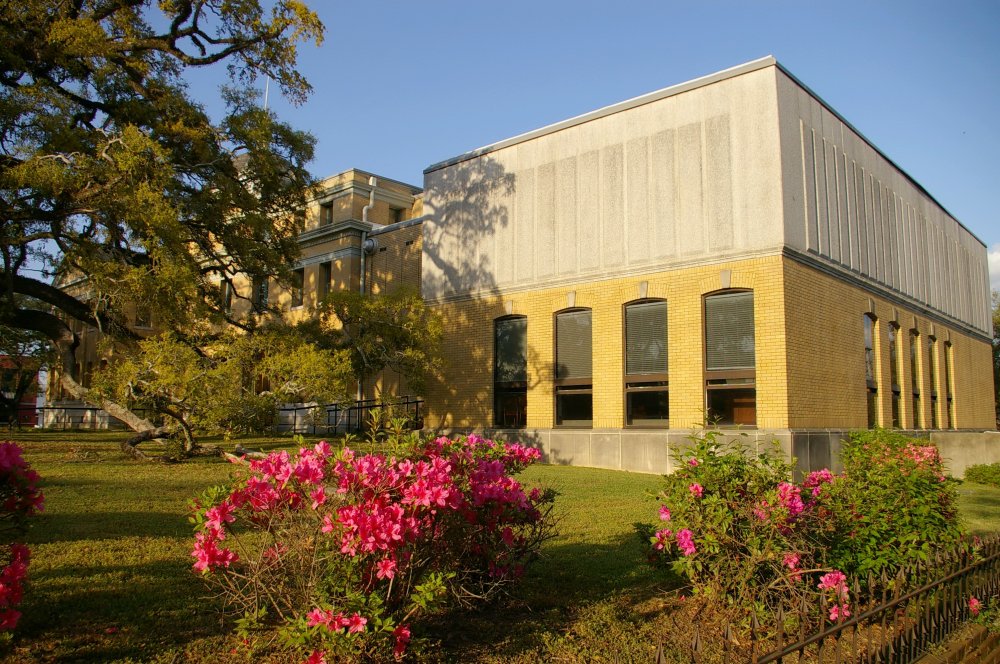 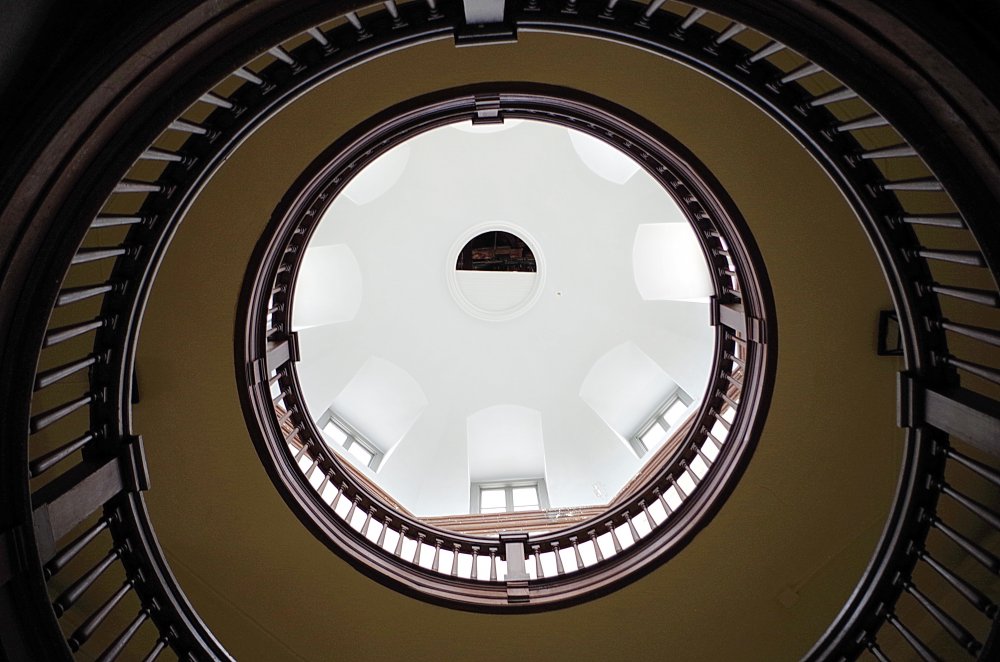 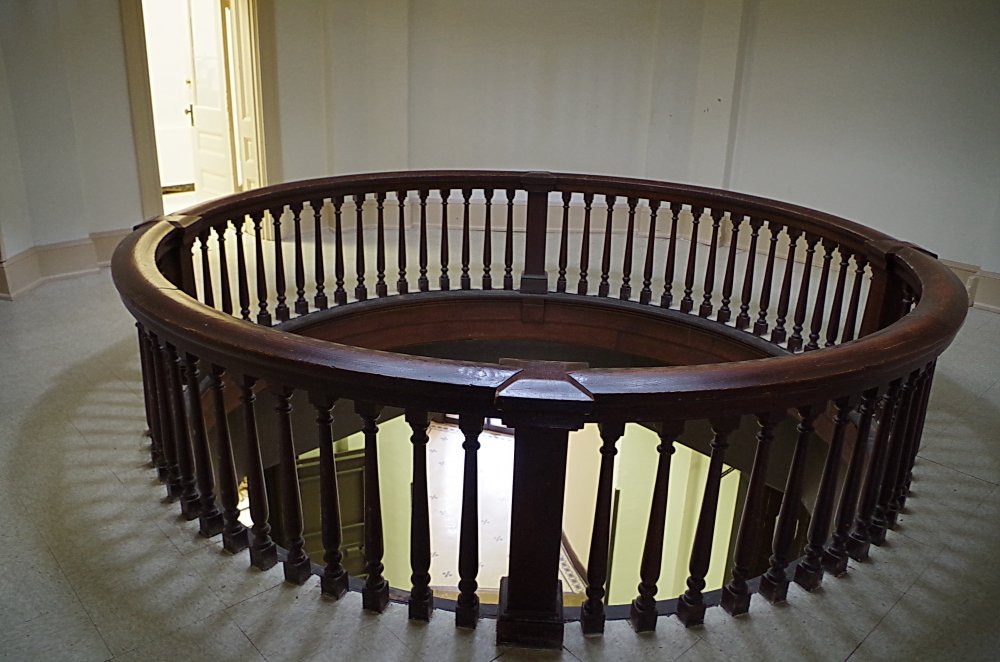 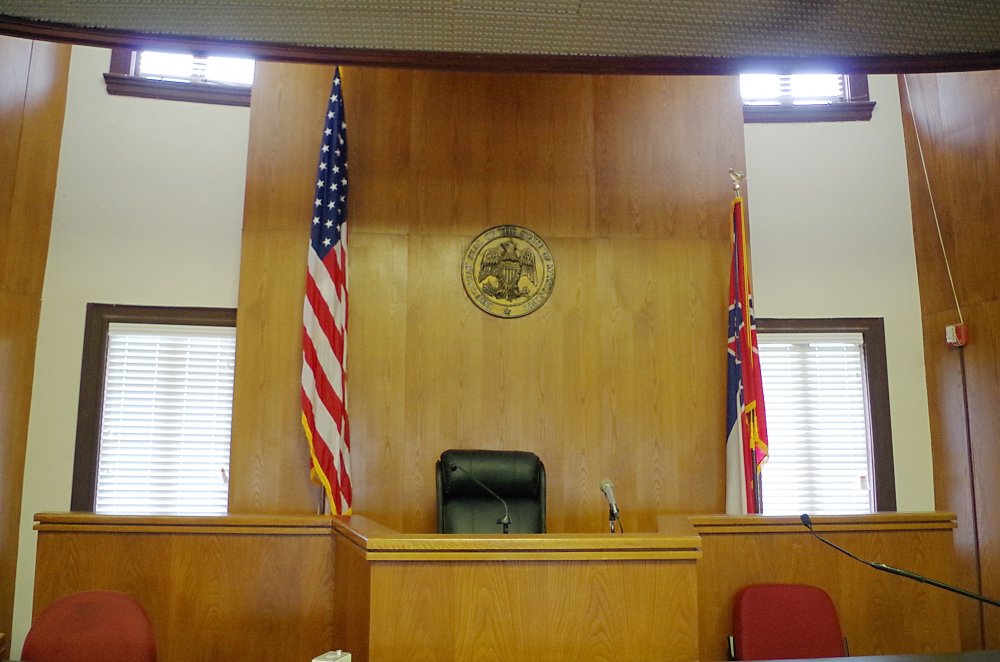