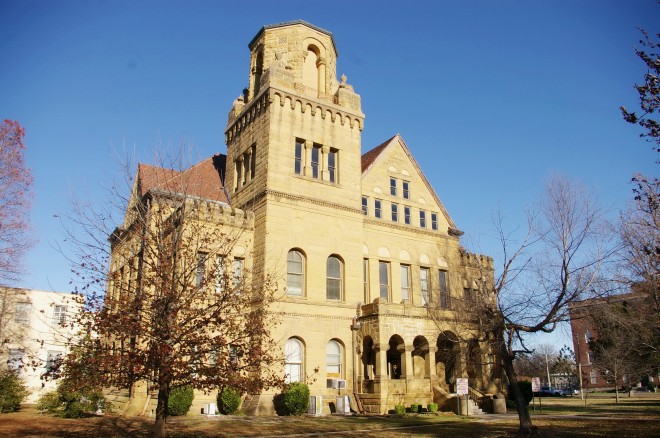 Description:  The building faces southwest and  is a three story buff colored stone structure. The building is located on landscaped grounds in the center of Greenville. The southwest front has a large square central tower with arched windows and rising to narrow vertical windows on the third story with castle-like battlements around the top. On the fourth story is an octagonal section with flat roof. To the east of the tower is a one story porch with arched center and two flanking arches. The main entrance is recessed within the porch area. Above, the building rises to a peak at the third story. On the west and east corners are low square towers with castle-like battlements around the top. The roof is hipped. The courtroom occupies the second story. The masonry was completed by Al Thomas. In 1930, the building was rebuilt and restored. The architect was John Manly Spain and the contractor was Lockard & Vaughan. In 1950 to 1952, the northeast Art Deco style addition was constructed. The architect was Spain & Biggers with Harold Kaplan as associate architect, and the contractor was G E Bass & Company. 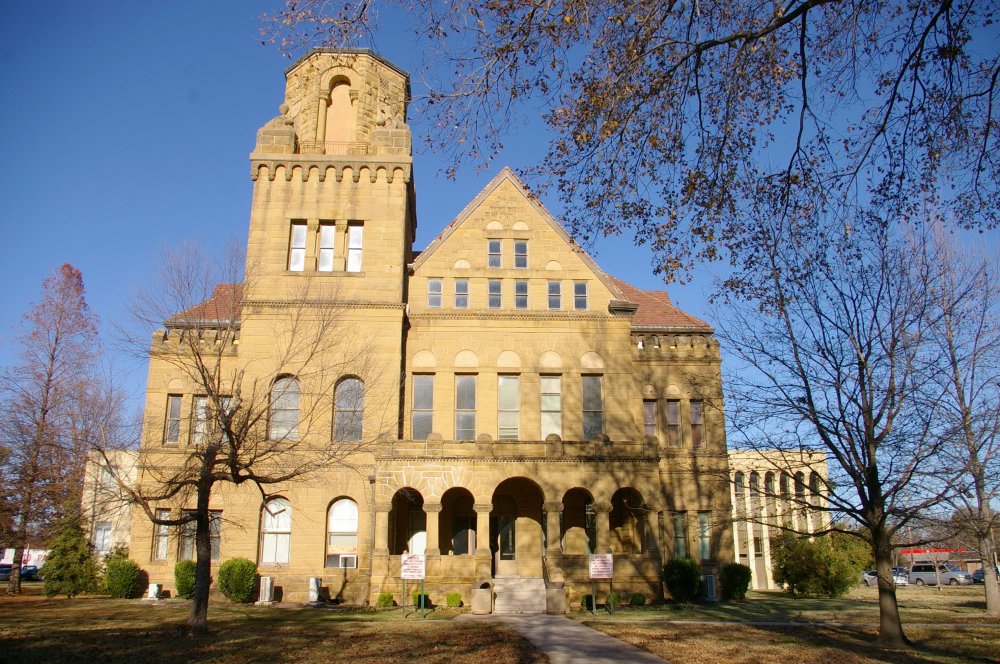 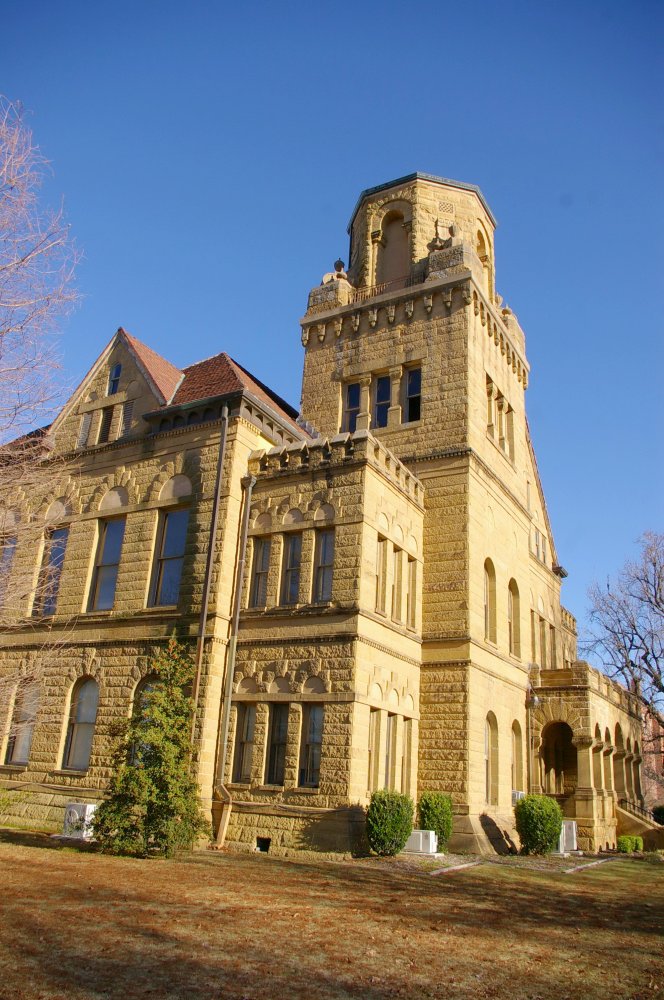 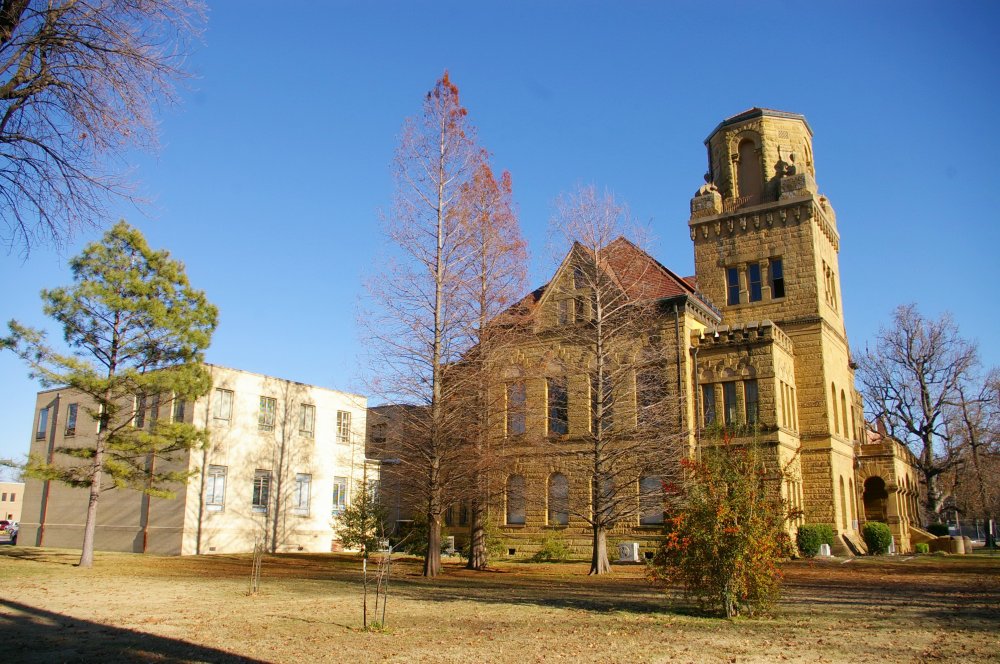 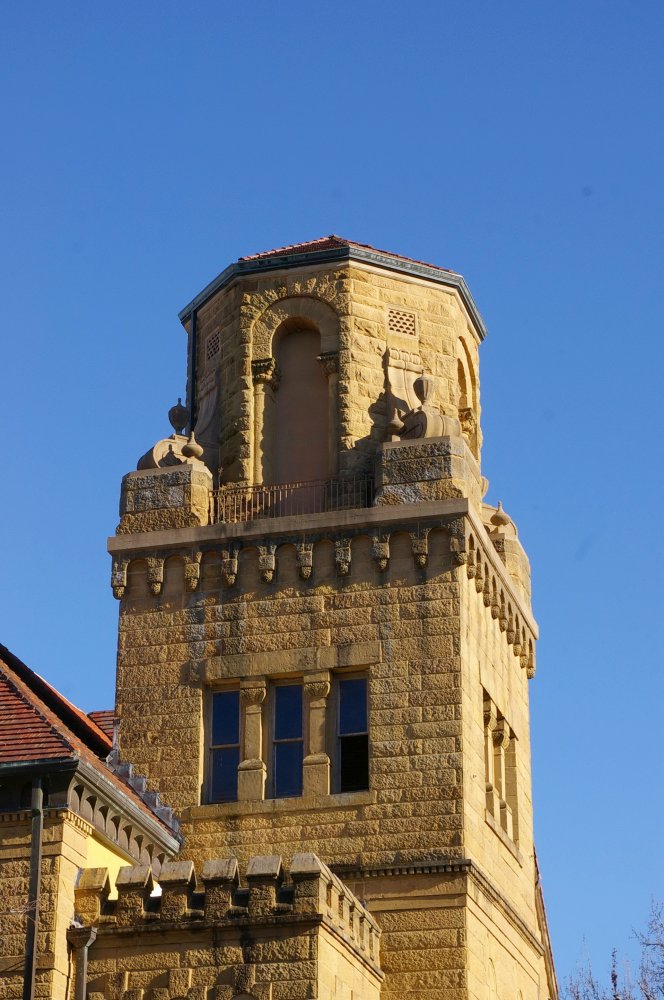 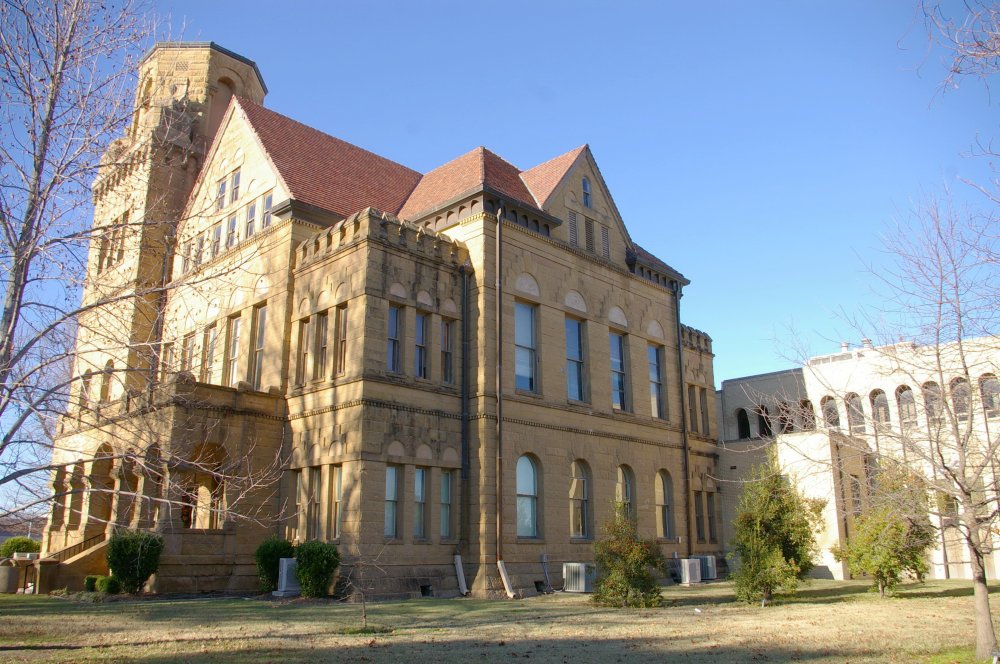 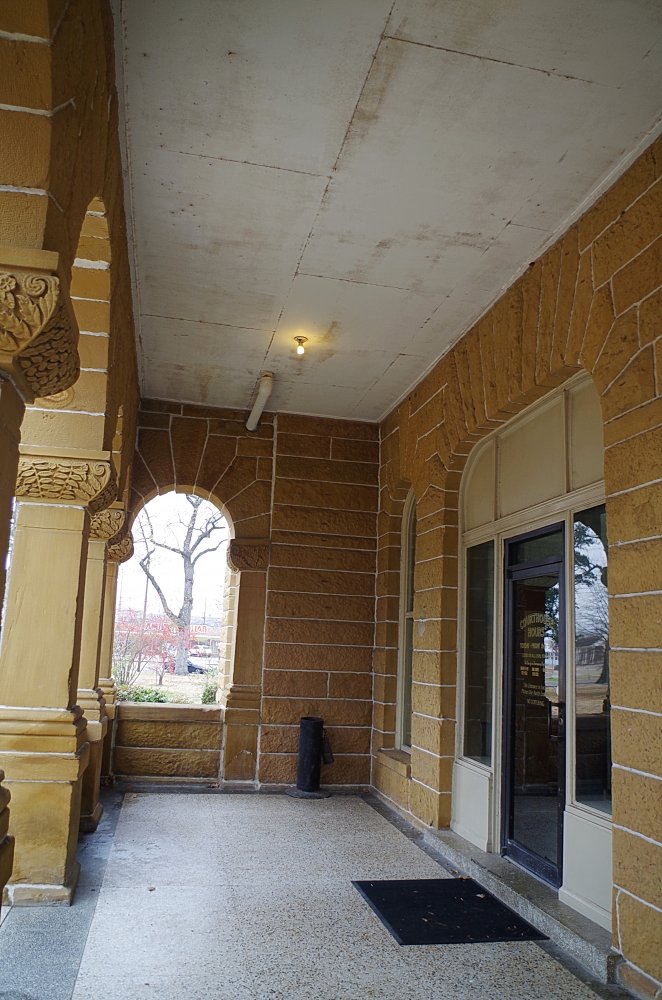 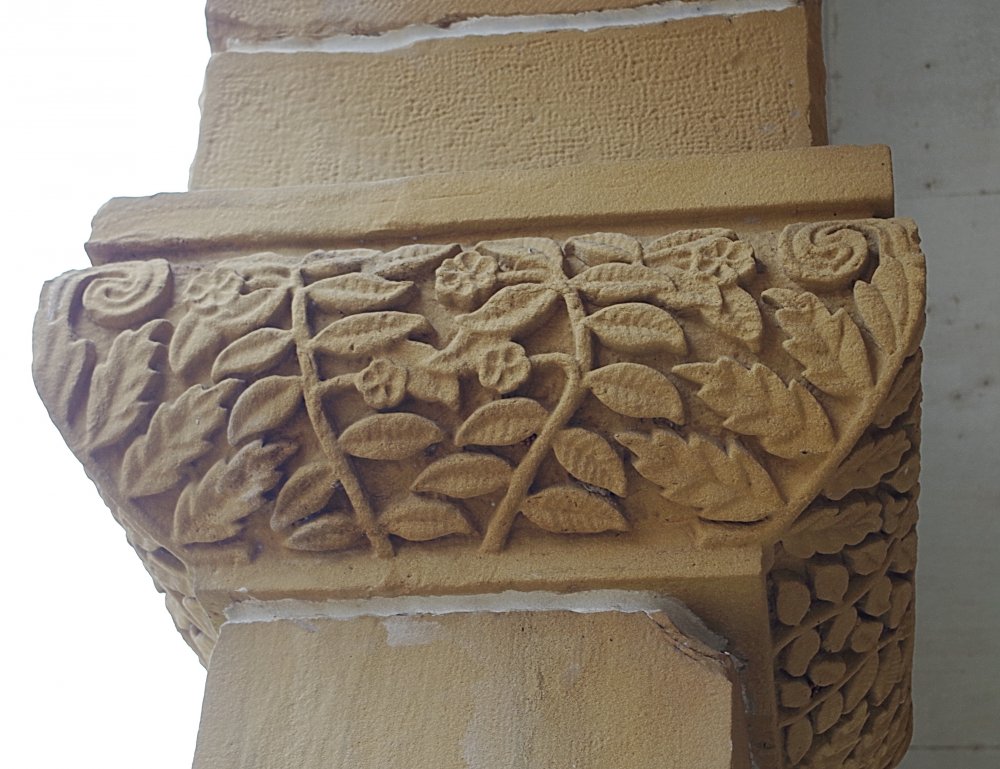