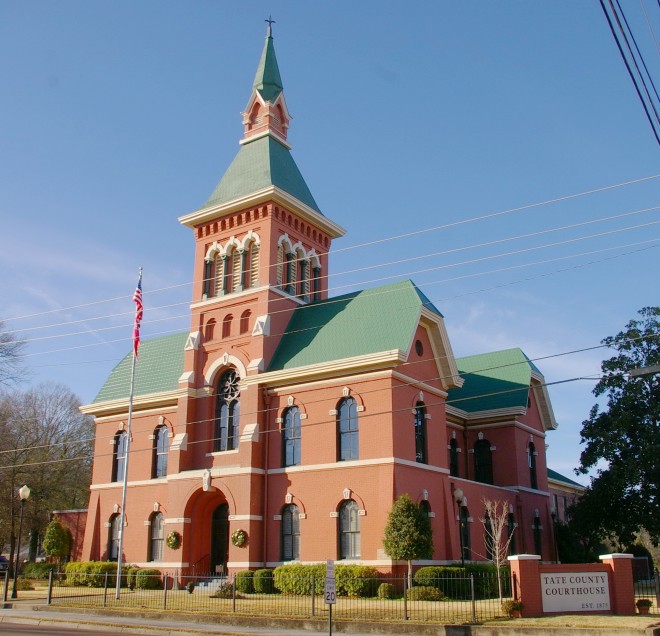 Tate County is named for Thomas Simpson Tate, who was a pioneer settler in the area.

Description:  The building faces east and is a two story red colored brick structure. The building is located on landscaped grounds in the center of Senatobia. The east front has a central tower with arched entrance on the first story. Above is an arched window on the second story with three arched openings on the third story and with steep green colored roof. The building has arched windows and a gabled roof. The courtroom on the second story has a decorative carved wood ceiling. The building was enlarged in 1904. The Chancery vault was built in 1956. On the south side is a low one story annex built in 1975. The architect was Brewer, Godbold & Associates Ltd. and the contractor was Wright Way Construction Inc. The building was restored and the west addition was constructed in 1999 to 2000. The addition contains a courtroom on the second story. The architect was Belinda Stewart Architects of Europa and the contractor was Panola Construction Company, Inc.

Note:  The courthouse is the first and only courthouse. Thee brick for the courthouse were made locally by William Quinn and Alan Tooms. The woodwork was done by Mr. Creagor, a mechanic from Memphis, Tennessee. The contract to construct the courthouse was $19,800. 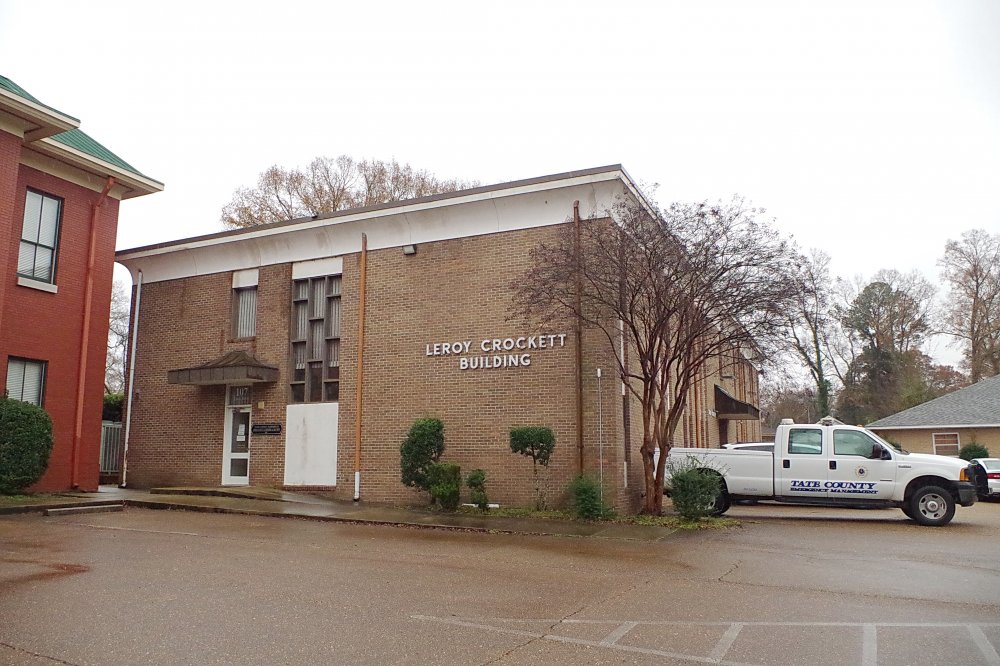 Built in 1977, the building is a two story buff colored brick and concrete structure. The The building is located on the west side of the courthouse in the center of Senatobia. The rectangular shaped building is named as the Leroy Crockett Building. The roof line if flat. 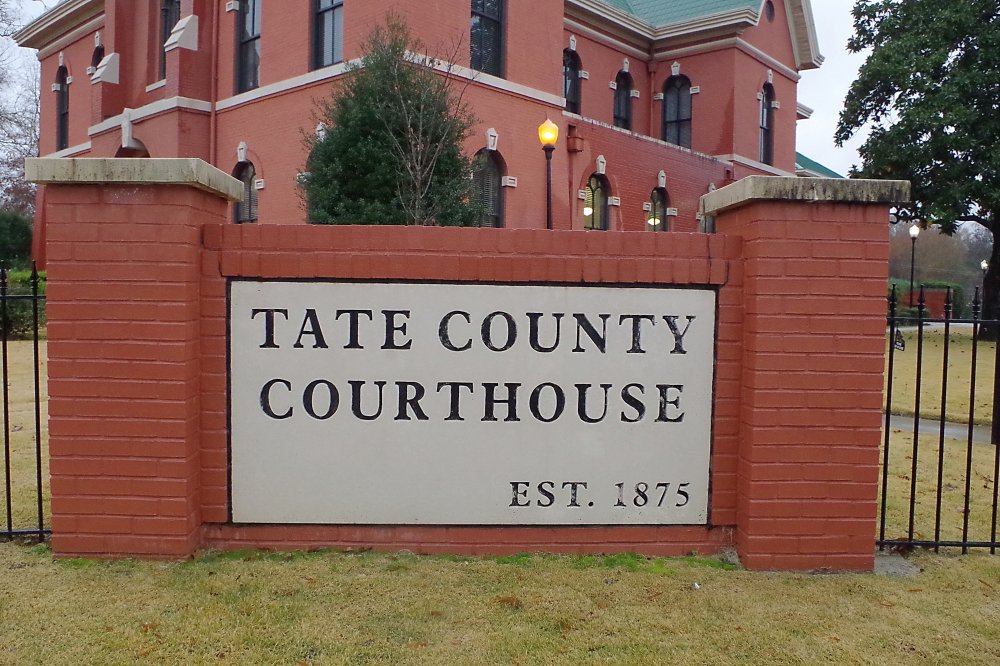 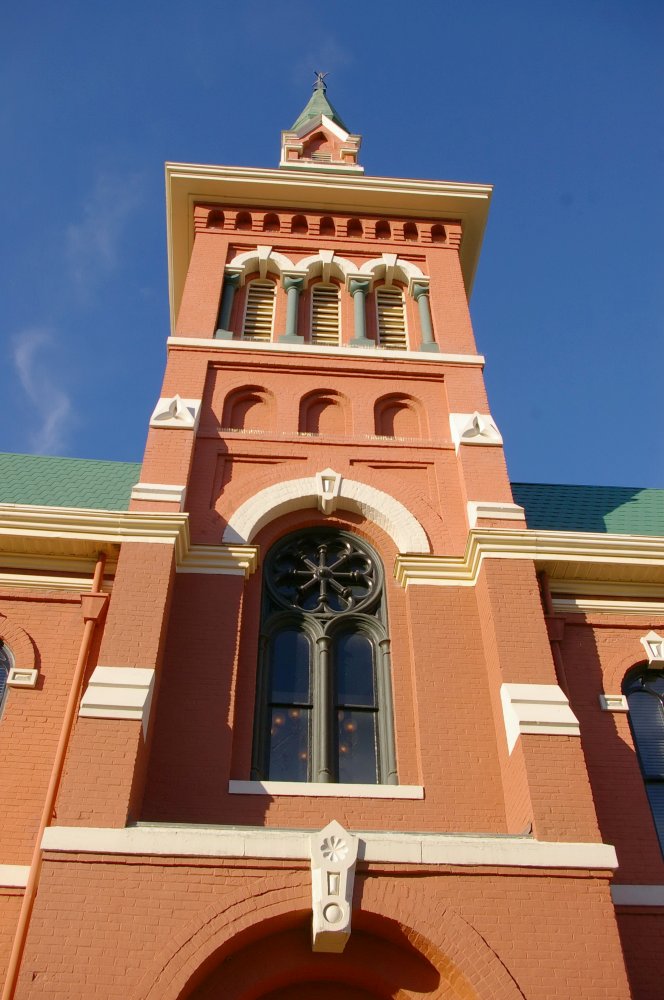 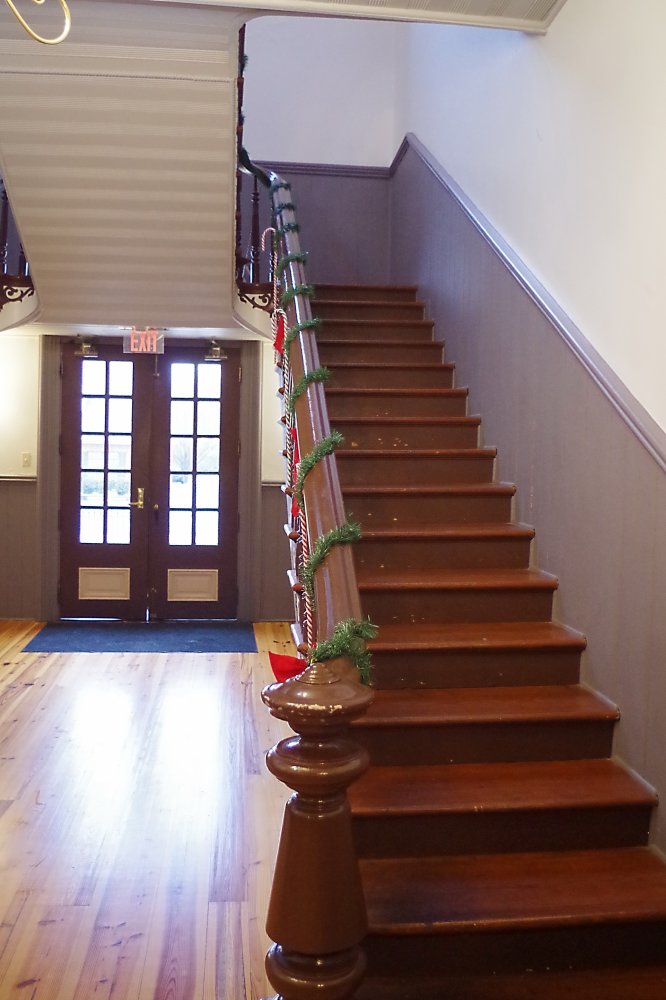 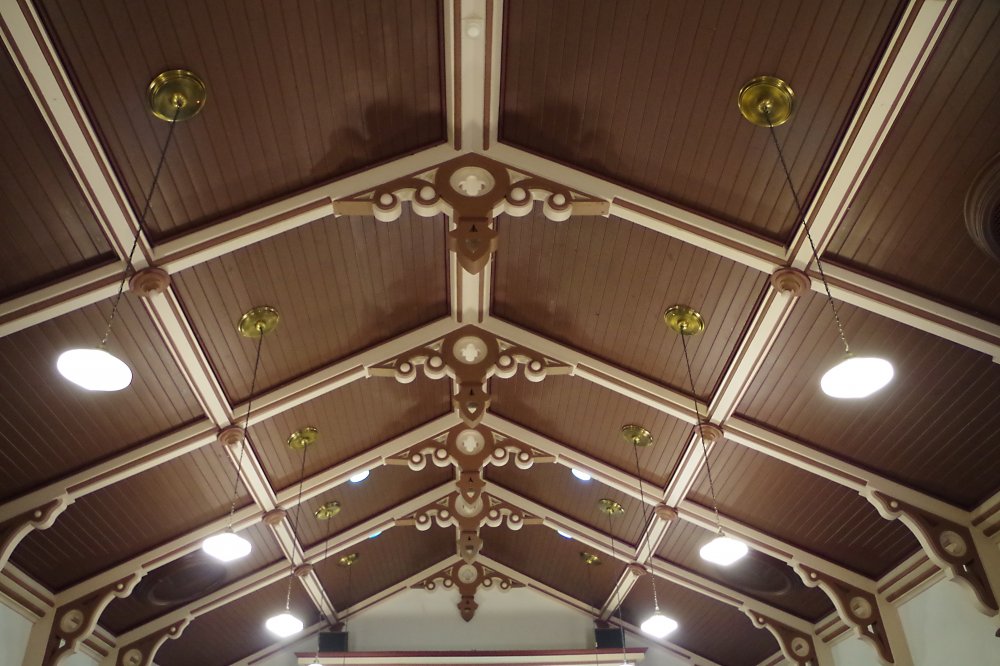