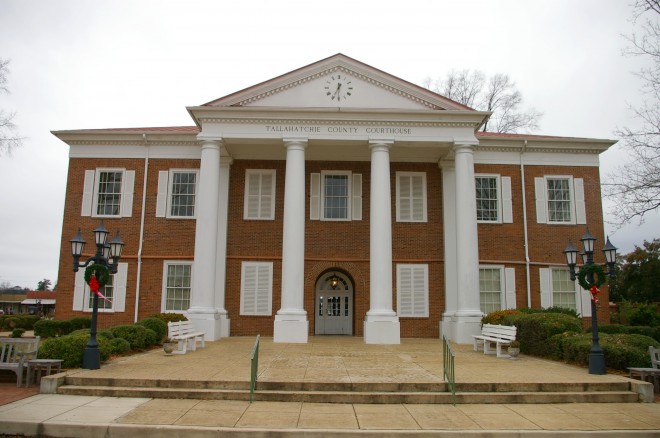 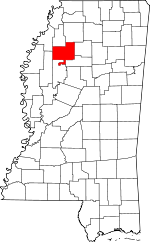 Description:  The building faces west and is a two story dark red colored brick and concrete structure. The square shaped building is located on the landscaped grounds on the Courthouse Square in the center of Charleston. The west and east fronts have a large portico with four white colored columns rising to a pediment with clock. The recessed central entrances are arched. The windows have white colored shutters. The roof line is hipped with a large railed platform at the top. The building houses the First District County Circuit Court of the 17th Judicial District, County Chancery Court, County Youth Court and County Justice Court.

Note:  On the courthouse grounds is the cornerstone of the courthouse constructed in 1900. The architect was W Chamberlain & Company and the contractor was J J Glenfield Construction Company. 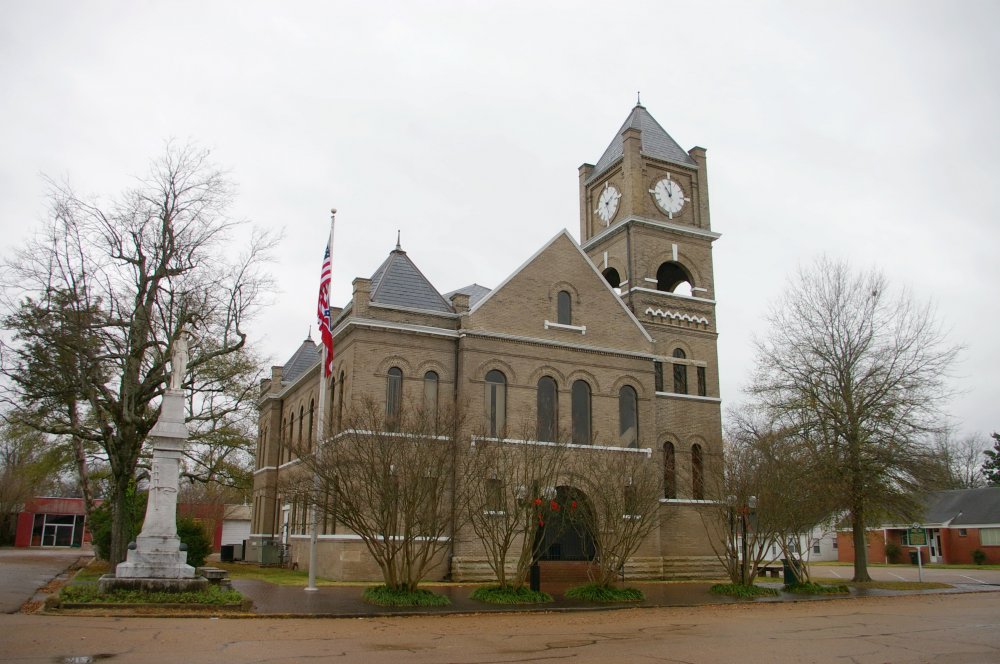 Description:  The building faces north and is a two story brown colored brick and concrete structure. The building is located on landscaped grounds in the center of Sumner. The north front has a projecting center section with large arch and recessed entrance on the first story. On the second story are four arched windows with the building rising to a peak at the roof line. On the northwest corner is a four-story square brick tower with openings at the third story and clock at the fourth story with steep roof at the top. On the northeast corner is a two story square tower with arched windows and steep roof. There are similar tower on the southeast and southwest corners. The roof is hipped. In the interior, the first story has a wide hallway with brick floor and high ceiling.  Stairs in the tower ascend to the second where the courtroom occupies most of the space. There are side walls with round arches that create an arcade on the east and west sidea of the courtroom. The building houses the Second District County Circuit Court of the 17th Judicial District, County Chancery Court, County Youth Court and County Justice Court. The architect was William Sharkey Hull of Jackson and contractor was F B Hull Construction Company. In 1973, the building was renovated. The architect was John Eldridge Decell, III. 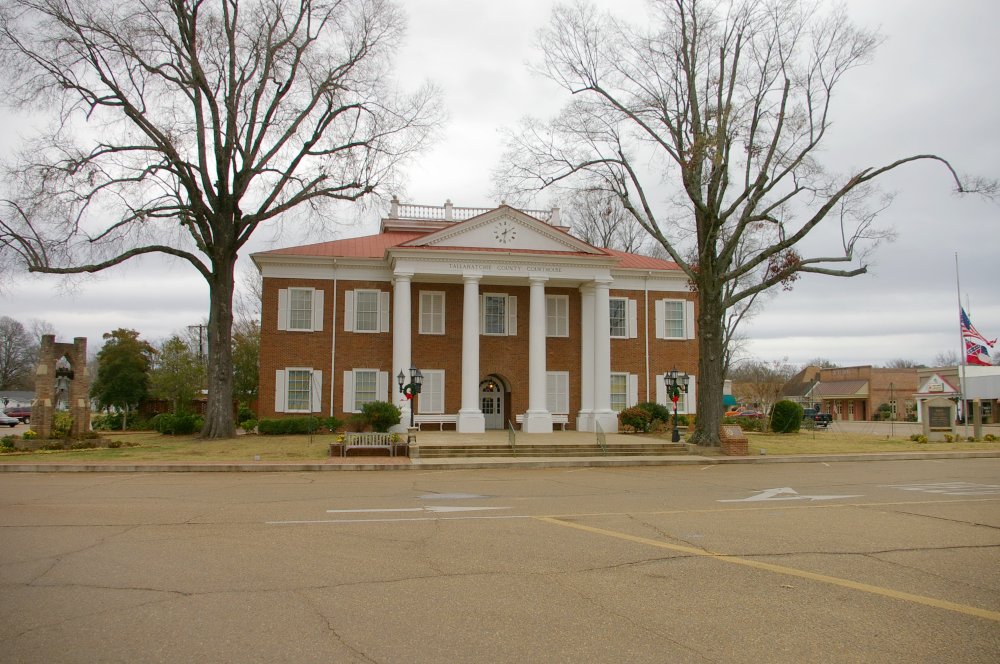 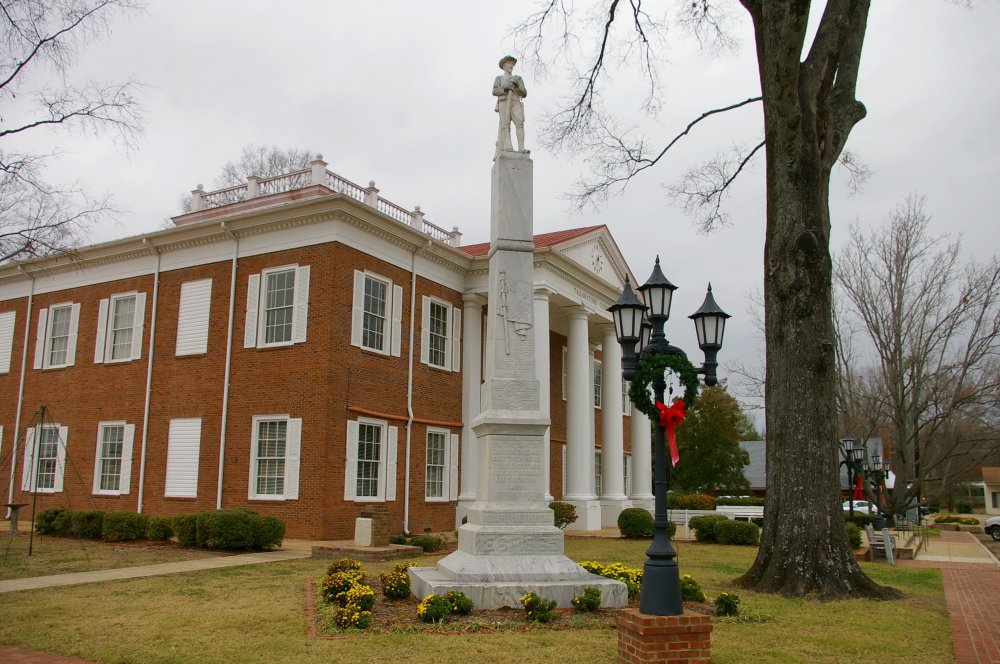 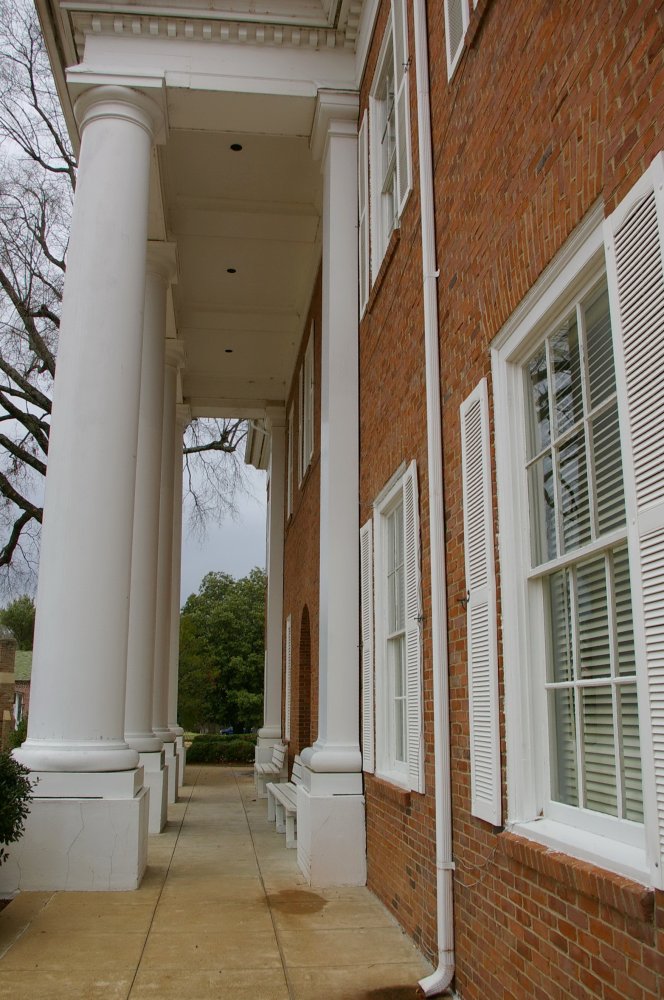 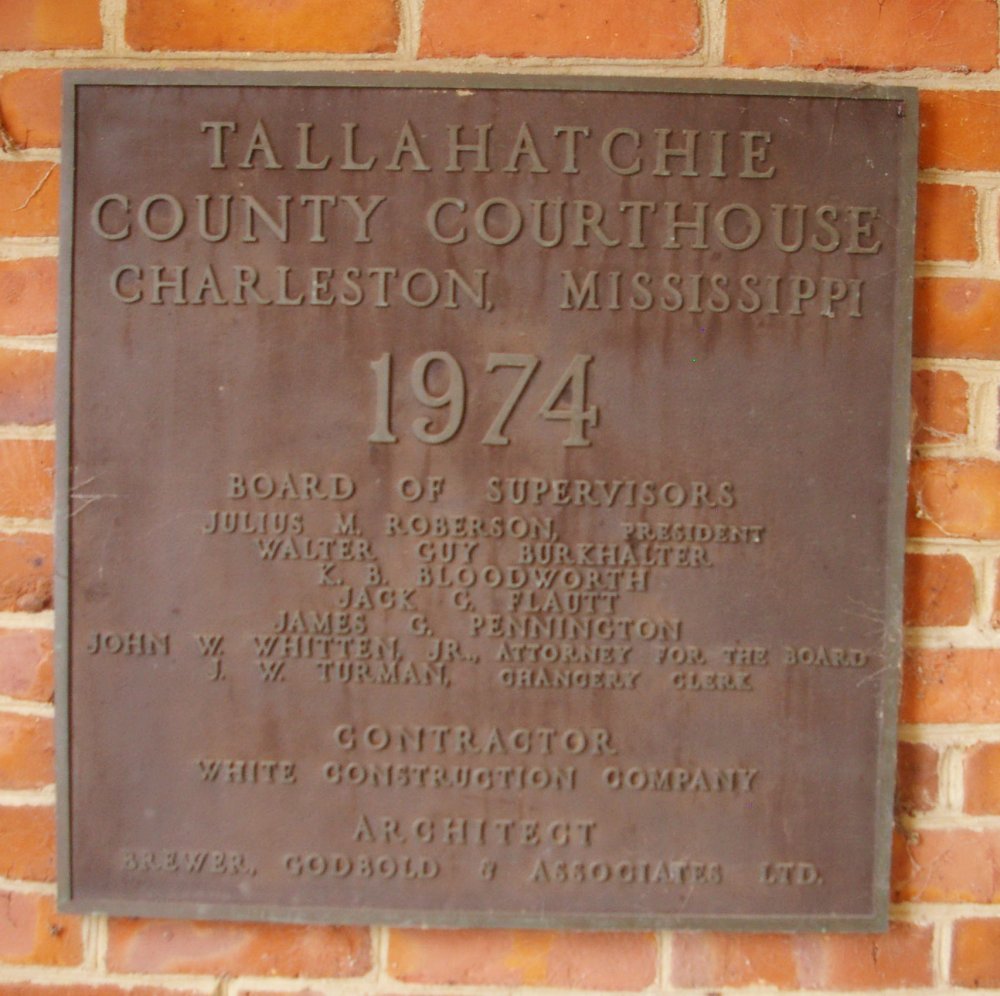 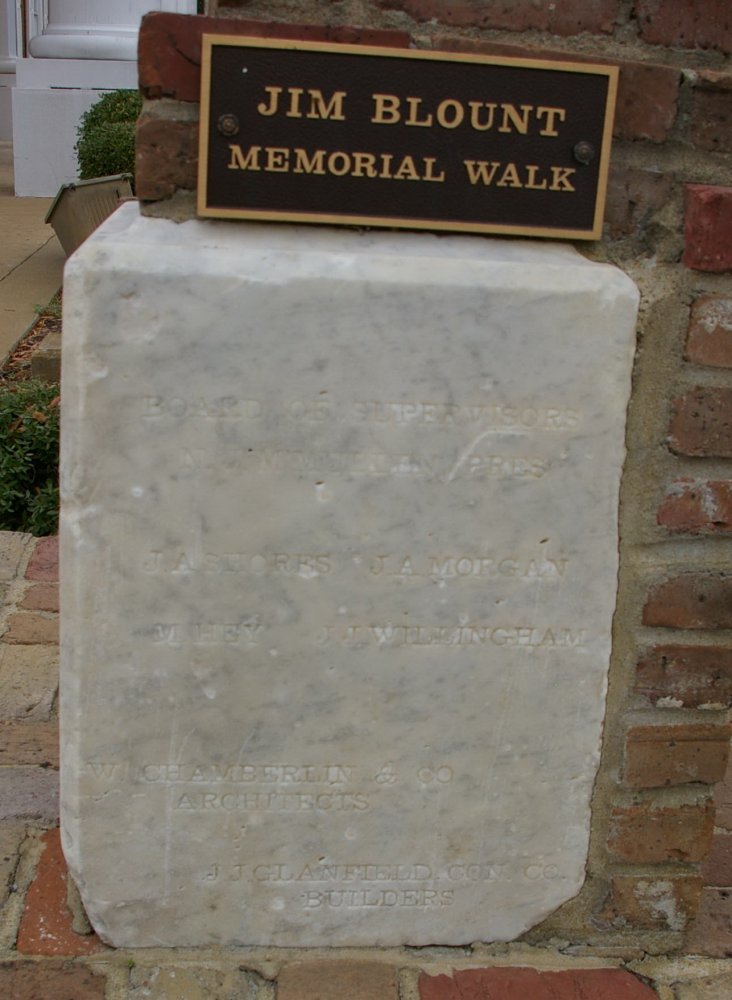 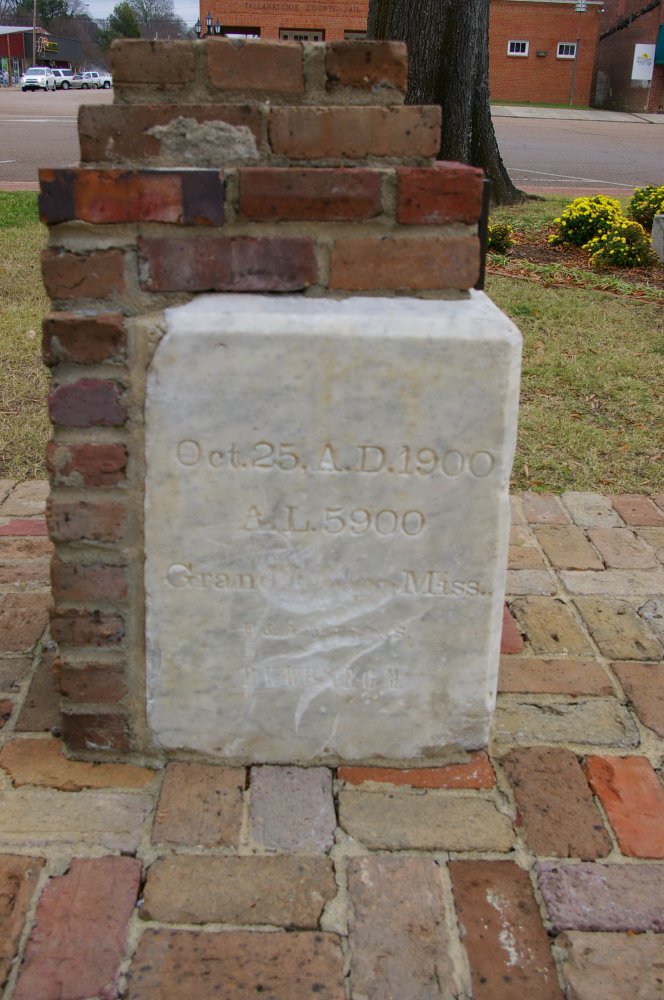 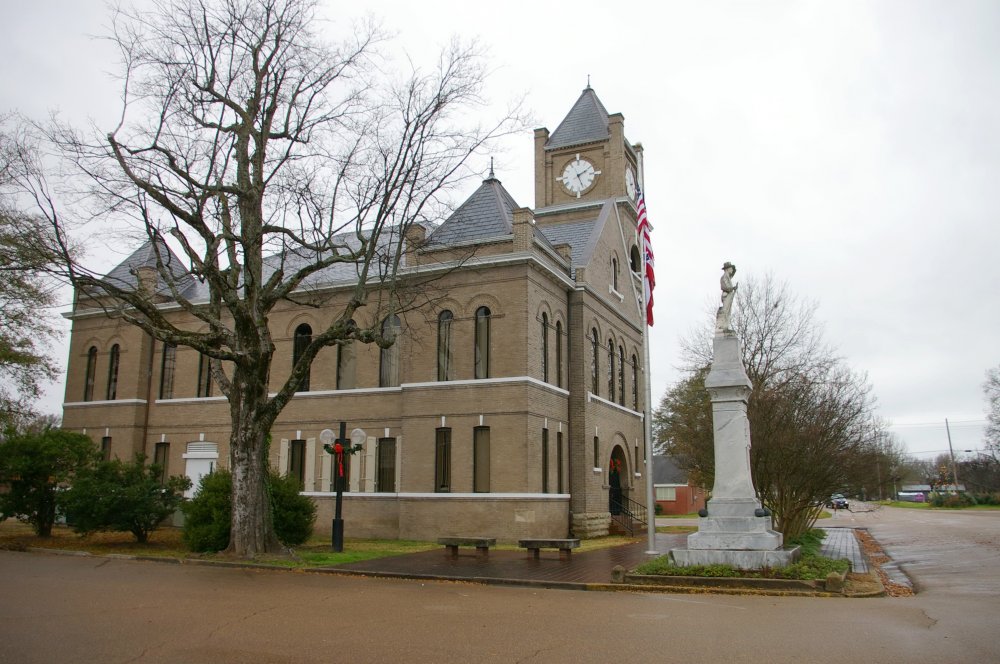 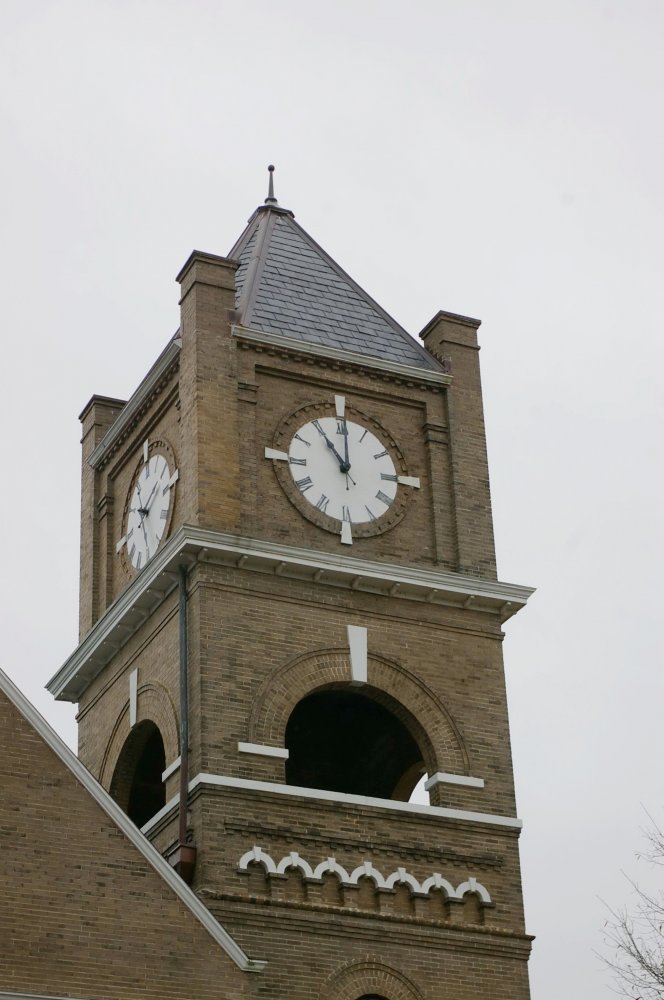 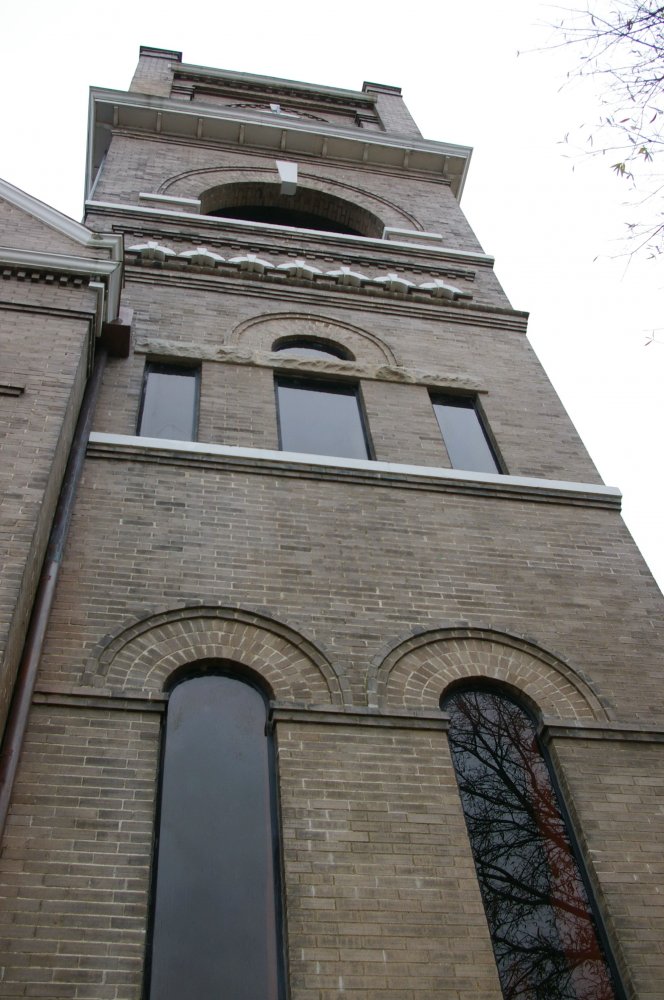 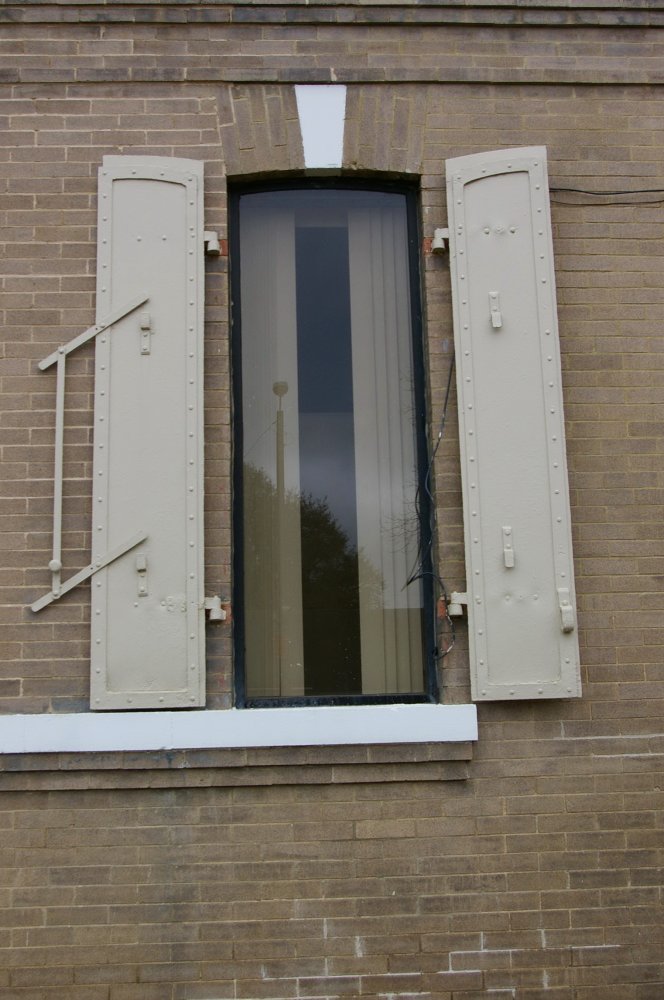 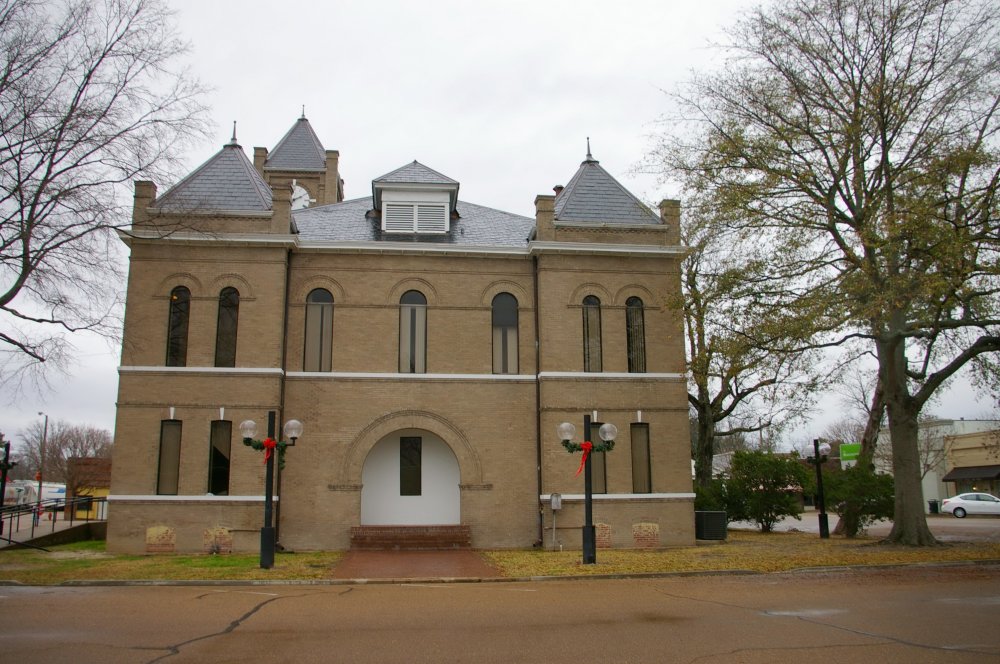 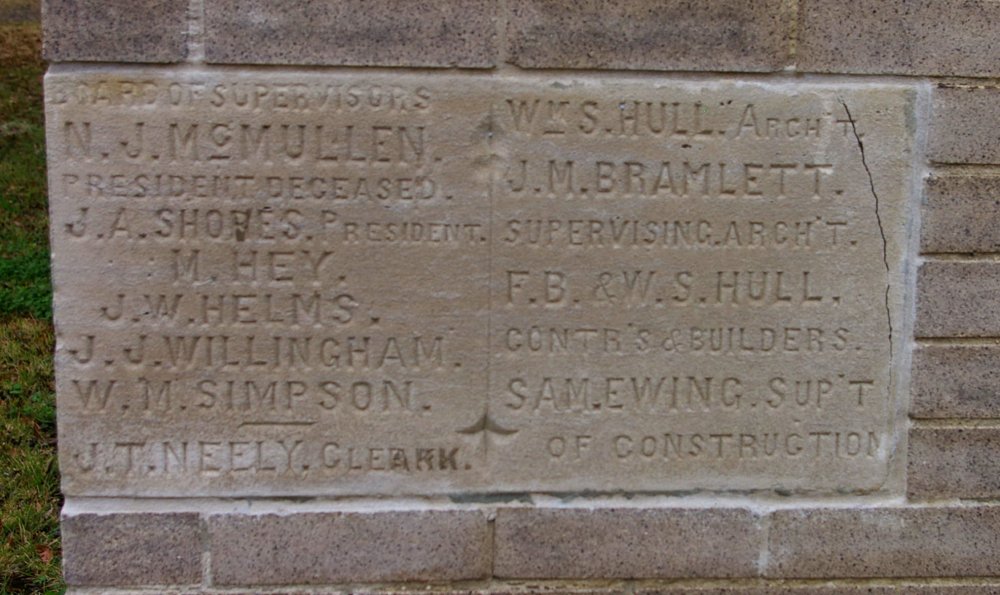 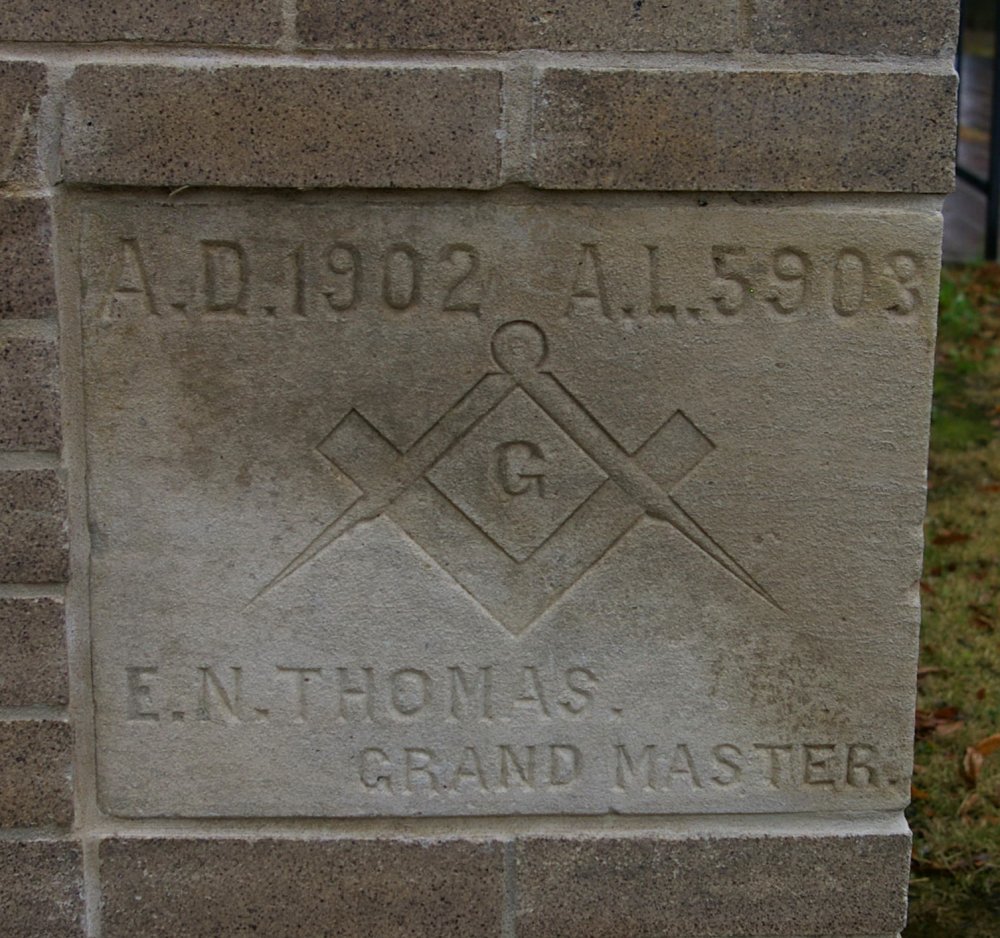 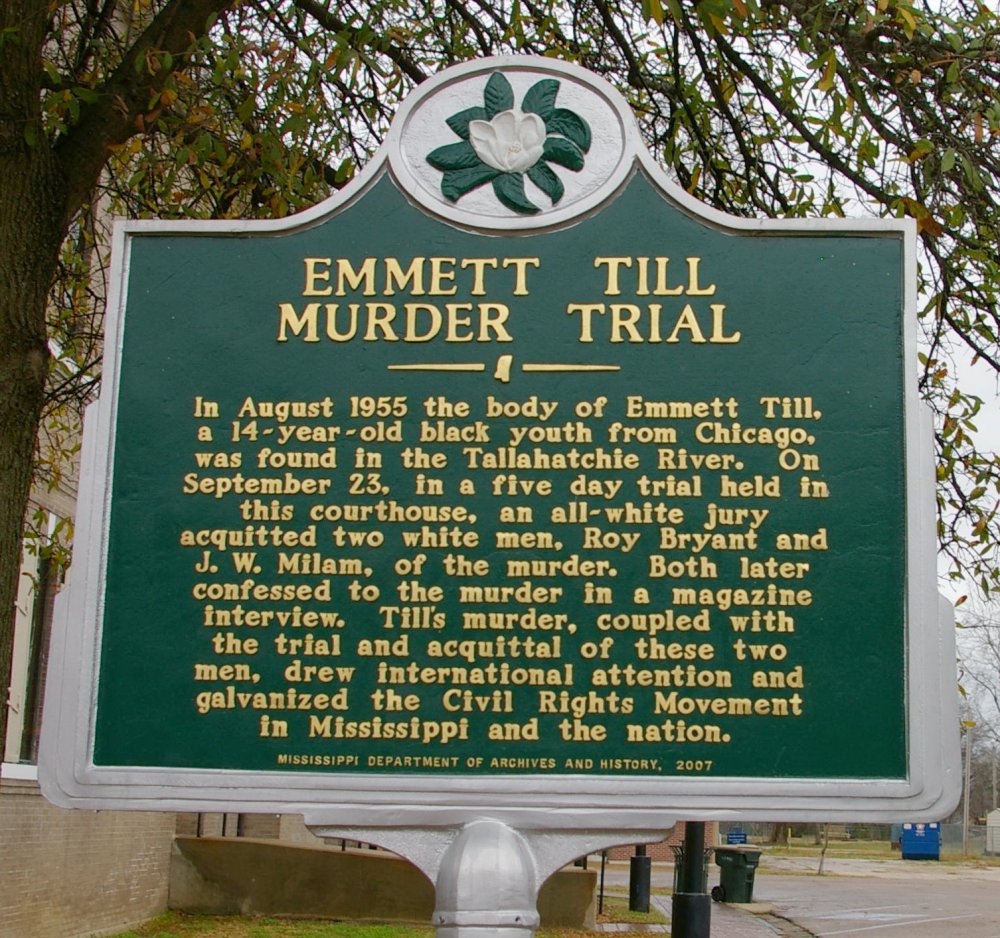