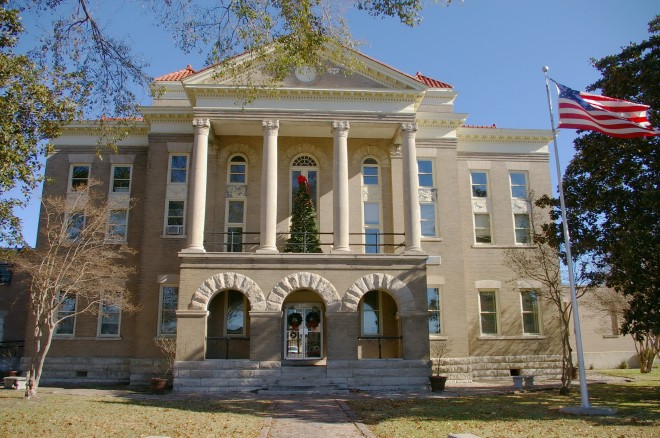 Sharkey County is named for W L Sharkey, who was the Provisional Governor of the State of Mississippi.

Description:  The building faces west and is a two story light brown colored brick,  stone and concrete structure. The building is located on landscaped grounds in the center of Rolling Fork. The west front has a large portico with three stone framed arches on the first story and four columns rising to a pediment at the roof line. The building has a course stone foundation. The north and south wings extend from the main building. The north and south sides are curved with a square section on the east side with two corner towers and a center dormer at the hipped roof. In the interior, the larhe courtroom is located on the second story. The building houses the County Circuit Court of the 9th Judicial District, County Chancery Court, County Youth Court and County Justice Court. The architect was William Sharkey Hull of Jackson and contractor was F B Hull and W S Hull. In 1965, additions were constructed on the north and south sides which are lower in height. The architect was Clarence Raymond Birchett and the contractor was B C Rogers Construction Company. The building was renovated in 2002. The architect was Robert Parker Adams.

History:  The county was created in 1876 and Rolling Fork was selected as the county seat. The county used rented premises until the first and present courthouse was constructed in 1902 to 1903. 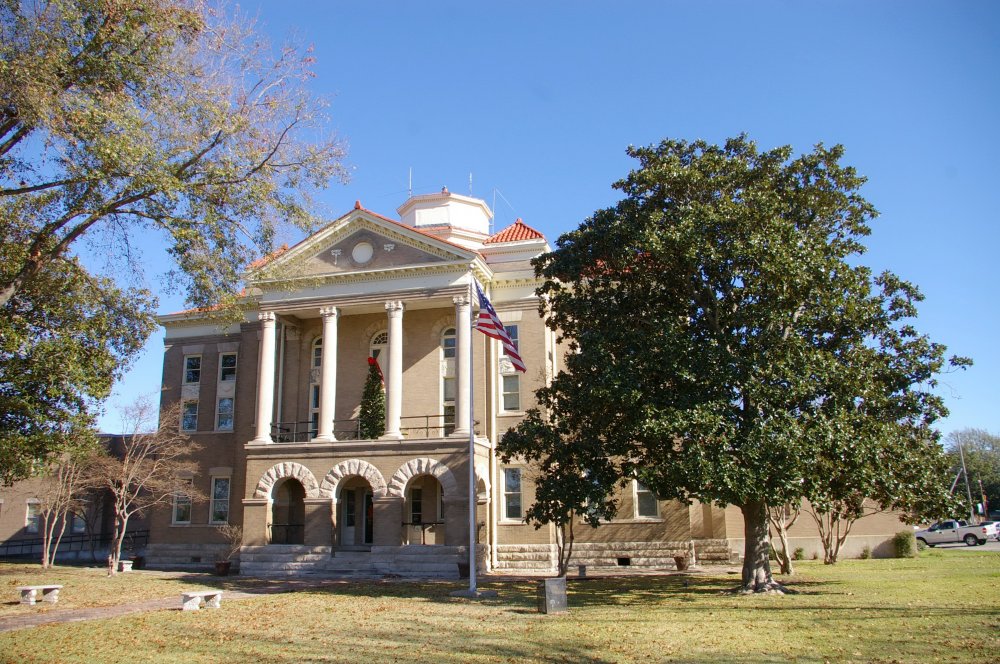 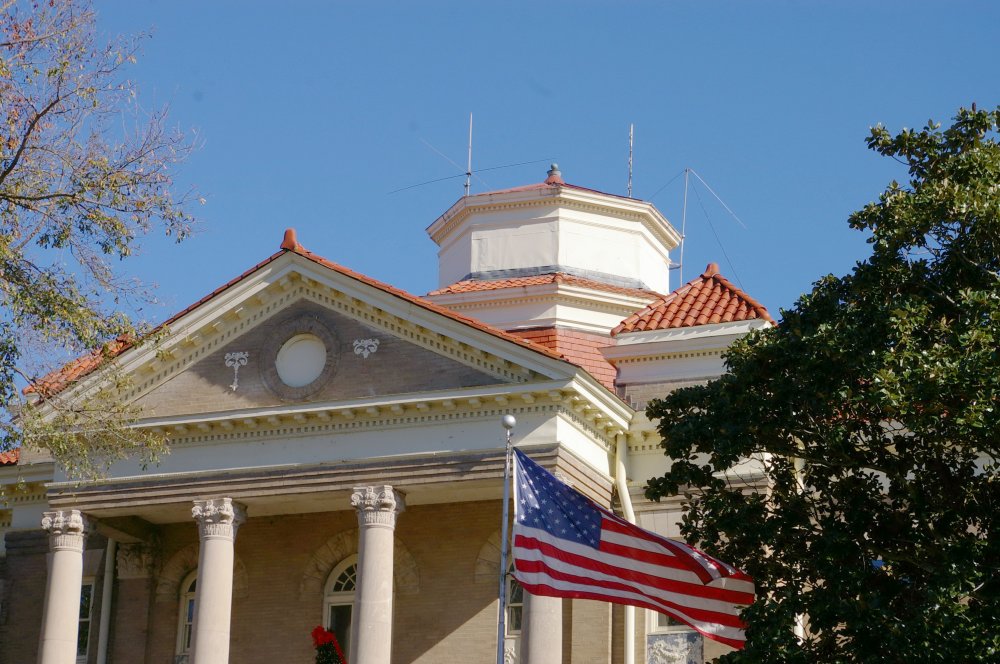 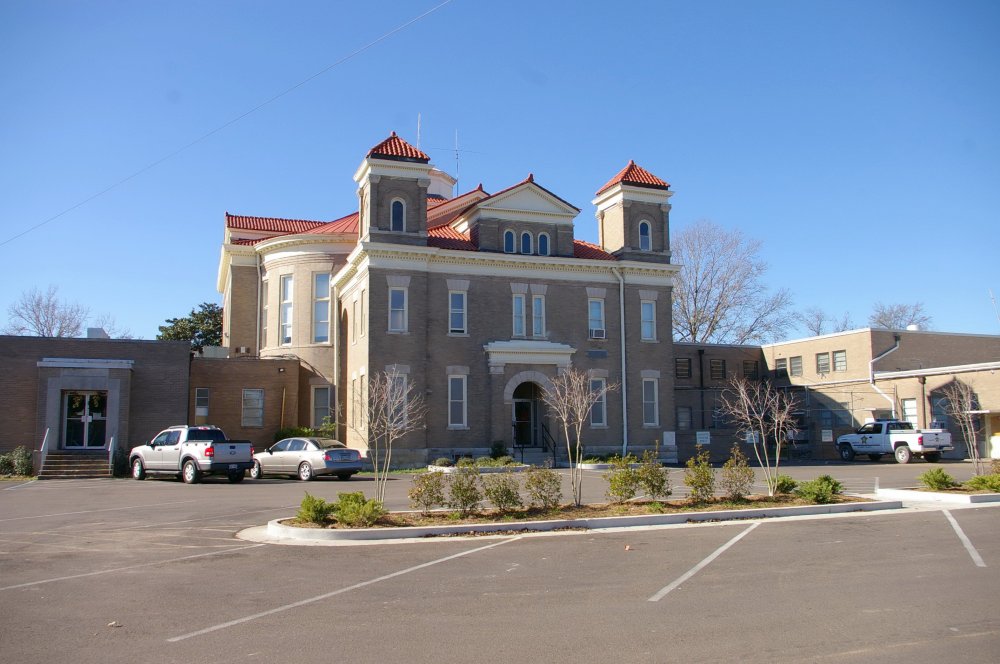 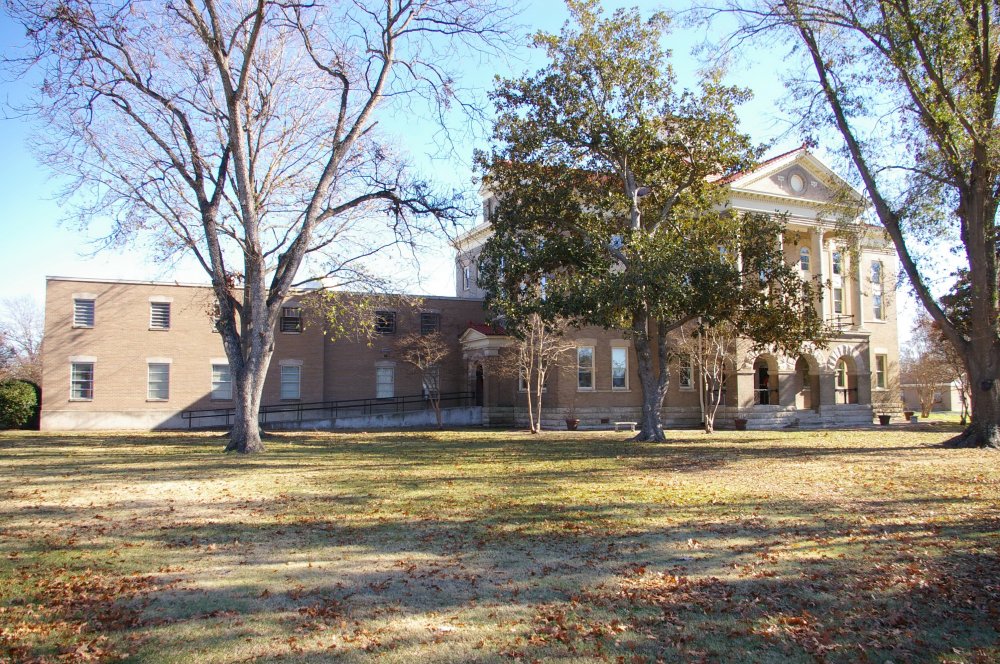 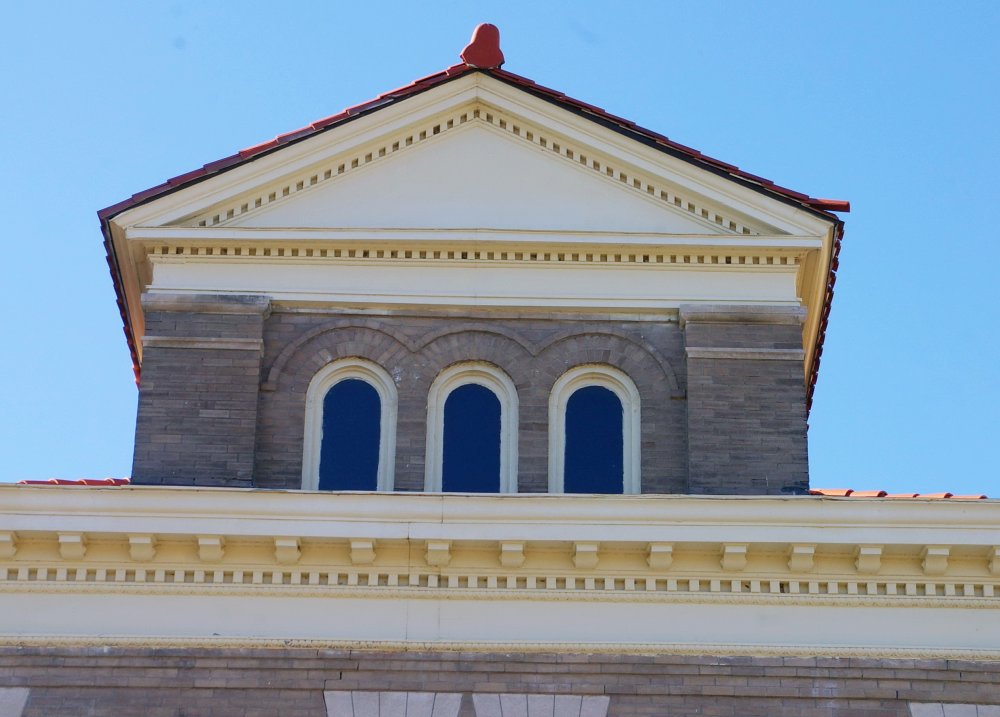 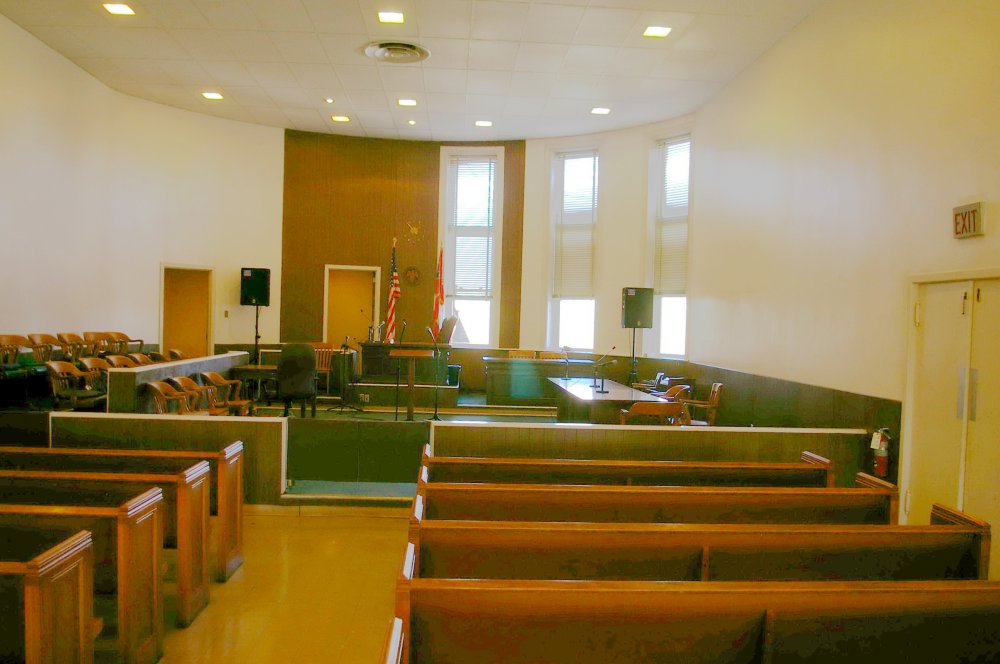 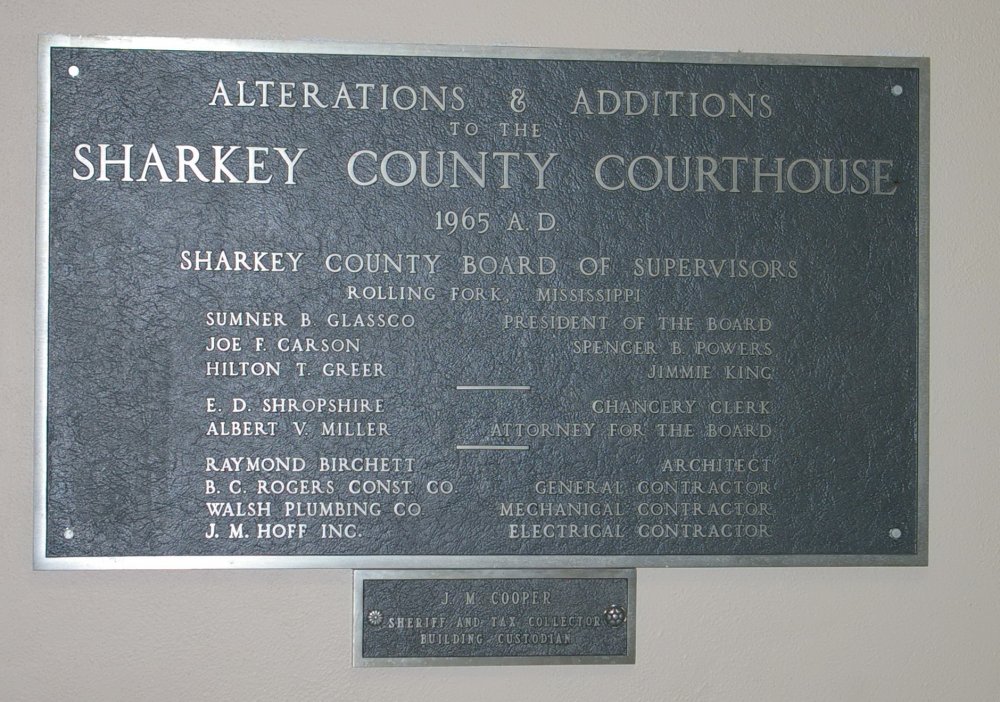