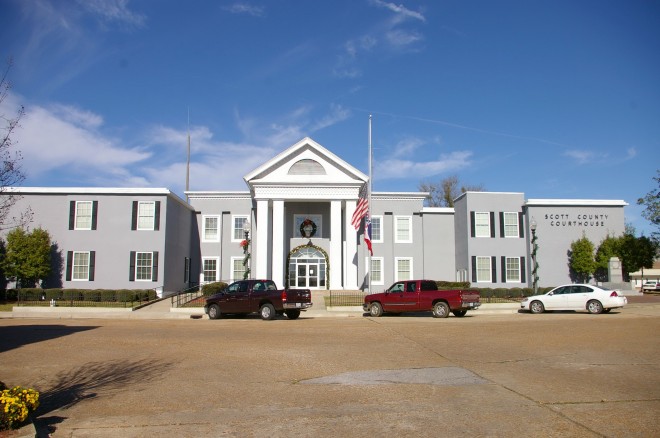 Scott County is named for Abram Scott, who was the seventh Governor of the State of Mississippi.

Description:  The building faces south and is a two story gray colored stucco and concrete structure. The building is located on landscaped grounds in the center of Forest. The south front has a central portico with four pillars rising to a pediment at the roof line. The recessed entrance is glass. There is a wing on the west which extends south. On the east side is a wing which also extends south with a further extension extending south. The roof line is flat. The building was remodeled in 1996 to 1997. On the north side is the old courthouse and jail built in 1938, which forms part of the present building. The architect was Krouse & Brasfield and the contractor was Currie & Corley. 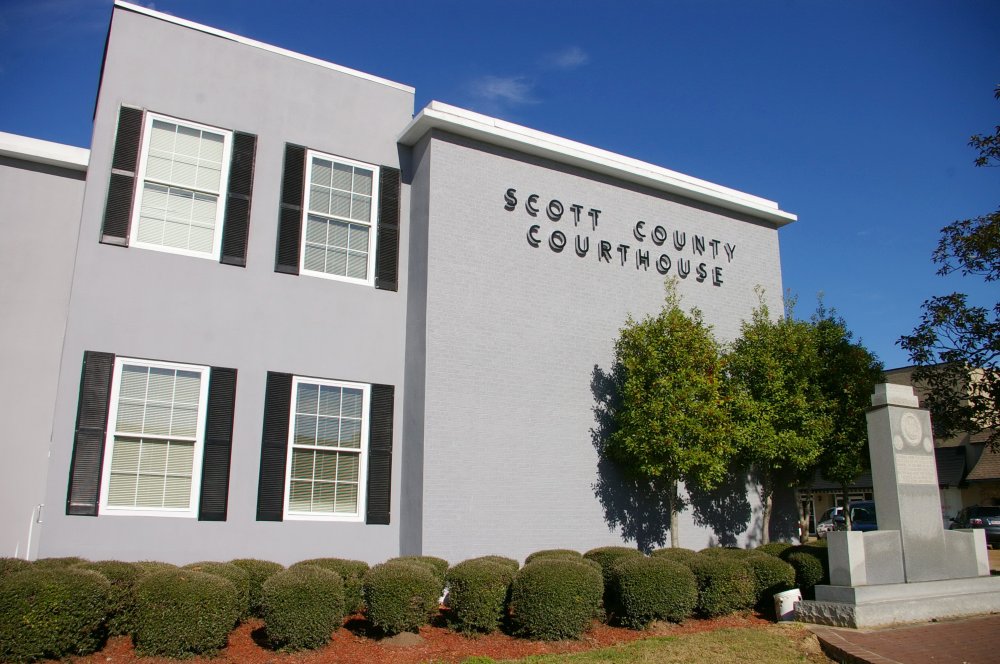 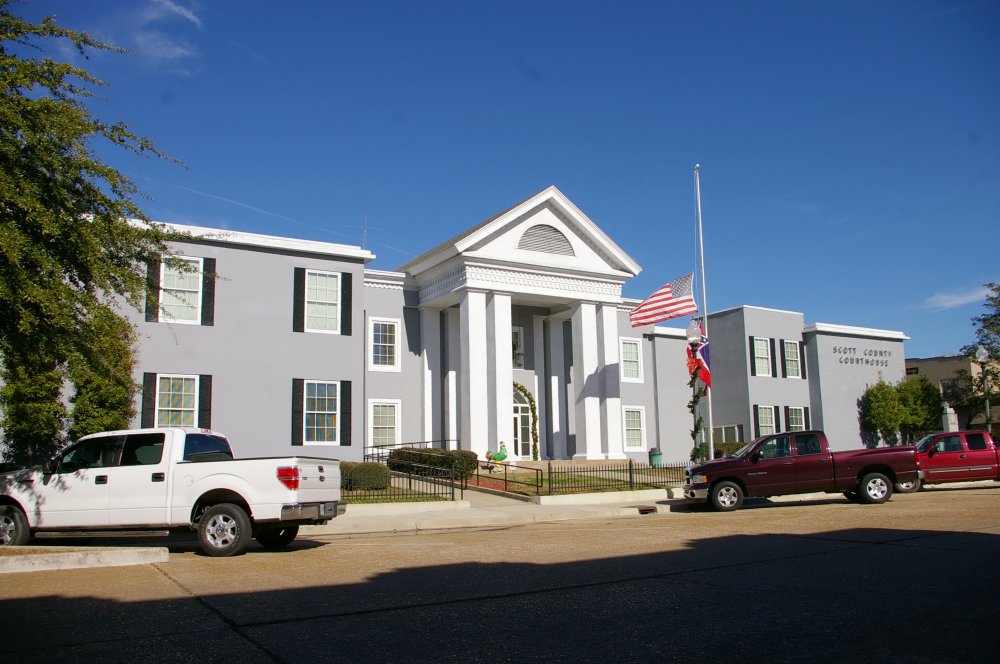 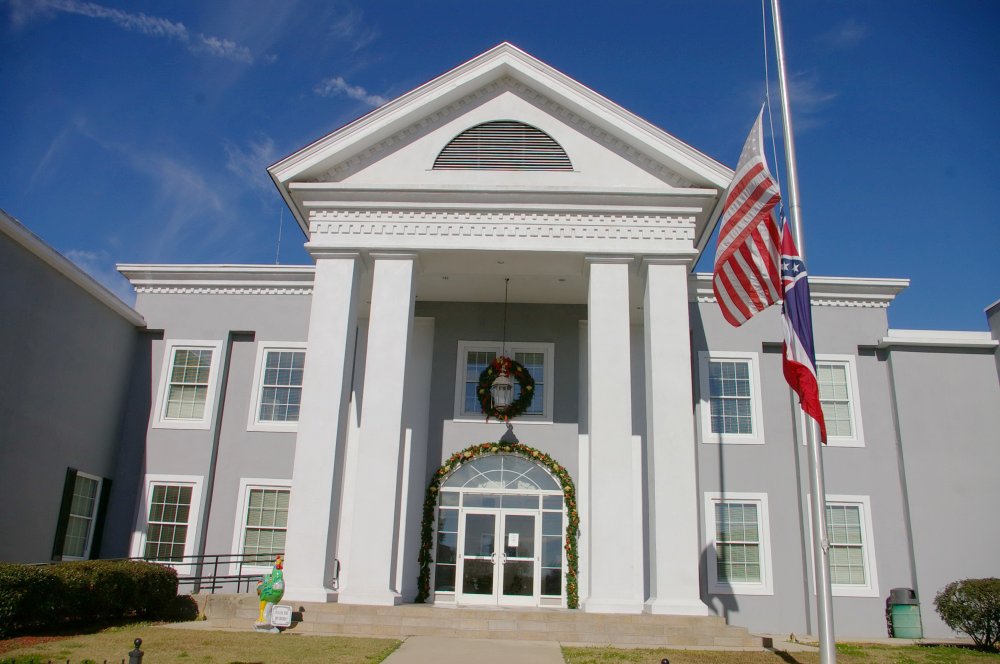 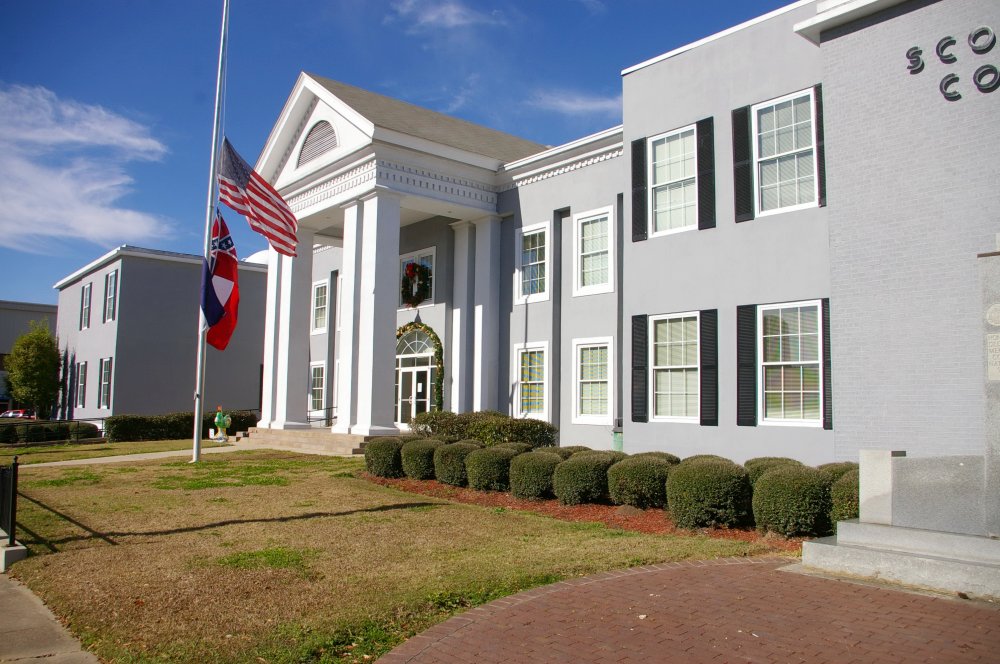 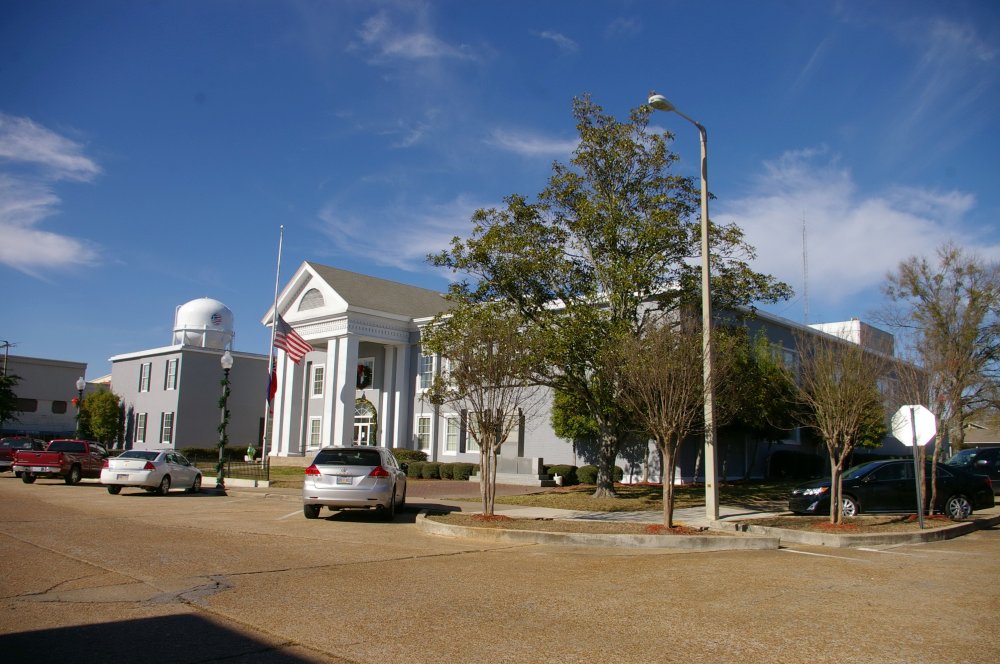 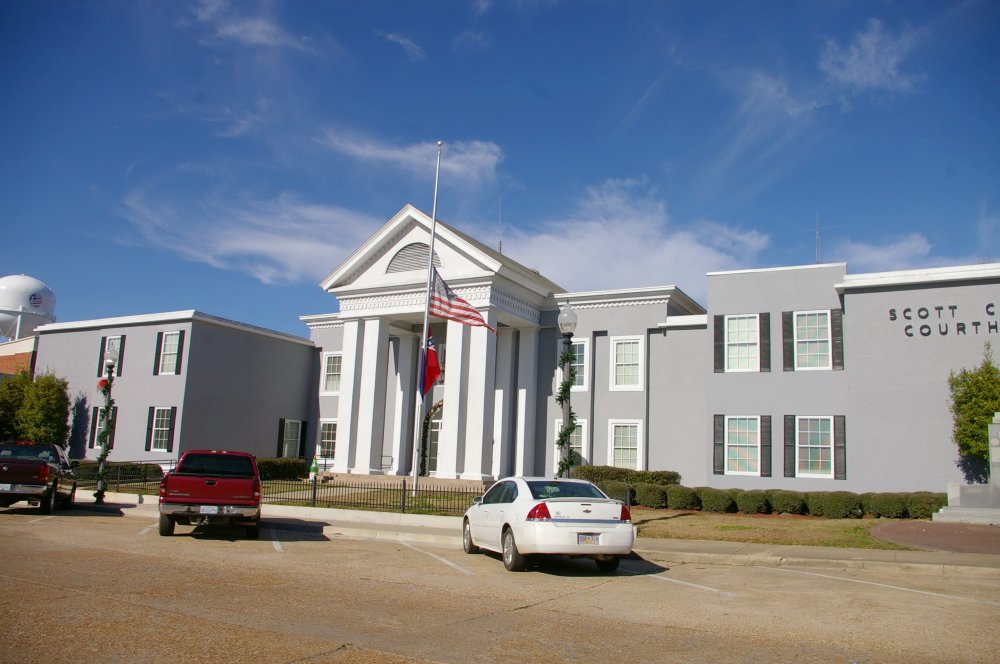 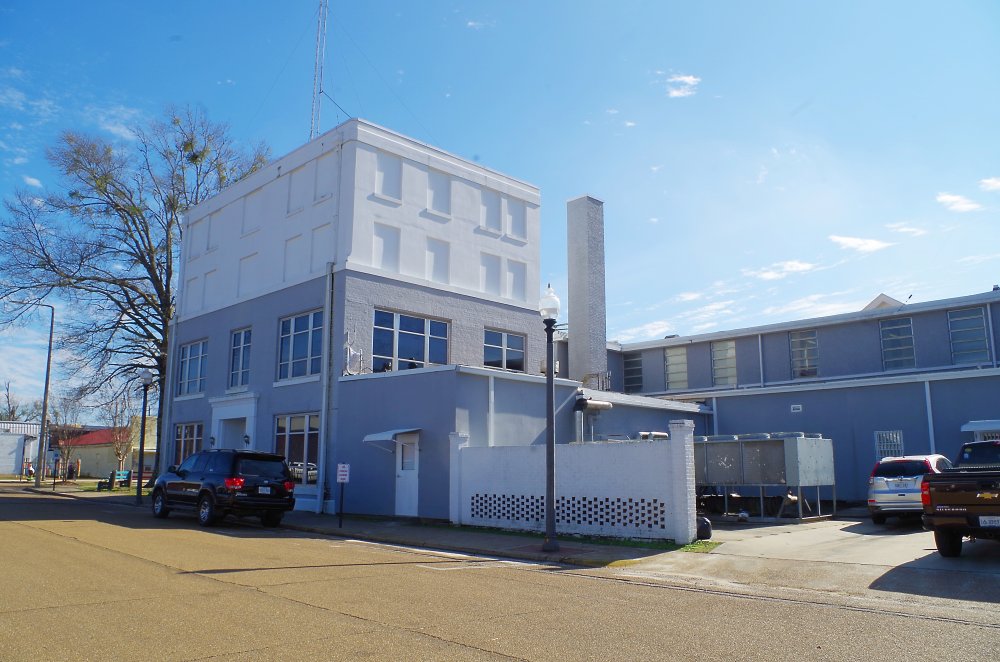 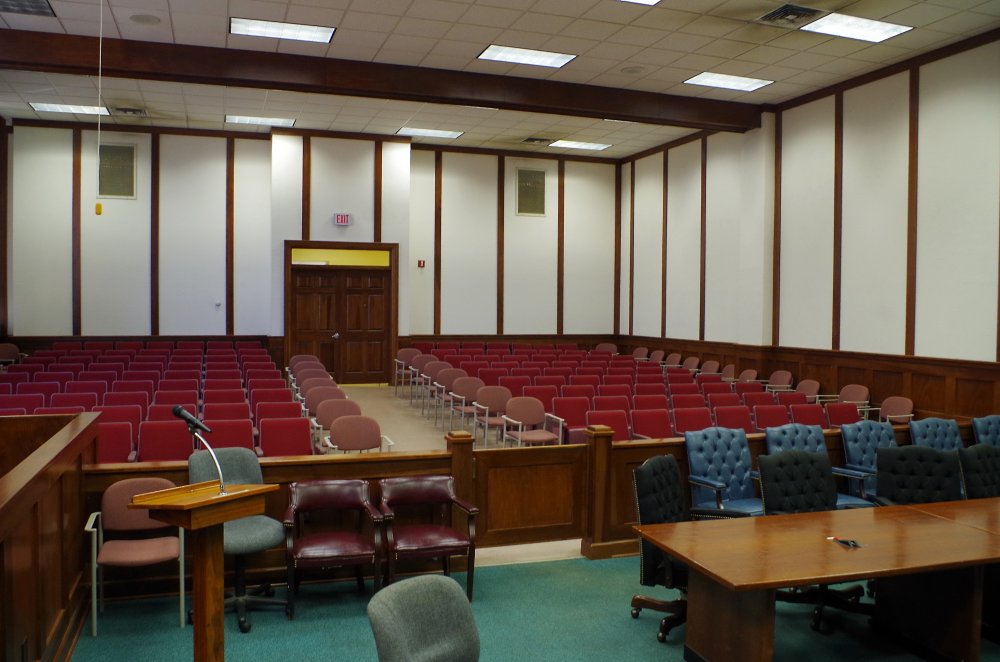 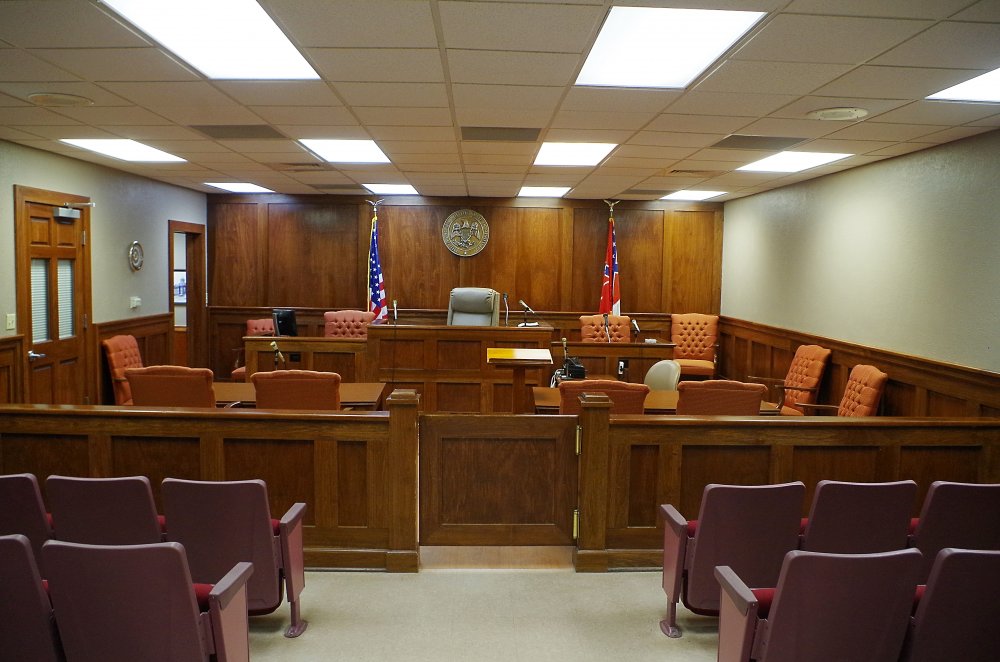