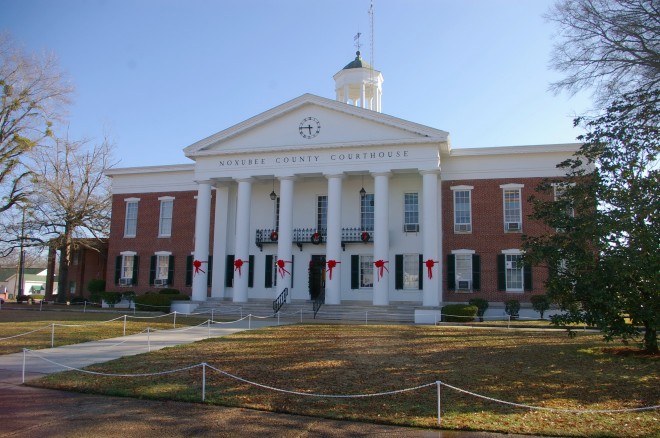 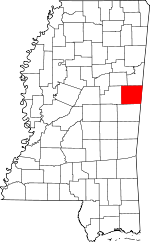 Description:  The building faces west and is a two story red colored brick and concrete structure. The building is located on landscaped grounds in the center of Macon. The west front has a large portico with six white colored columns rising to a wide pediment containing a clock in the center. A wide horizontal white colored band runs below the roof line. On the center of the roof is an open octagonal cupola. The courtroom is located on the second story.  The building houses the County Circuit Court of the 16th Judicial District. County Chancery Court, County Youth Court and County Justice Court. On the north side of the courthouse is the old County Jail built in 1907.

History:  The county was created in 1833 and Macon was selected as the county seat. The first court was held in the log house of Joseph H Firth at the site of Macon in 1834. In the late 1830’s, the first courthouse, a two story brick structure with porticoes and marble columns was built.  The second courthouse was designed by W Chamberlin & Company and the contractor was Jett Brothers in 1900 at a cost of $60,000. The building burned in 1951. The third and present courthouse was constructed in 1952. 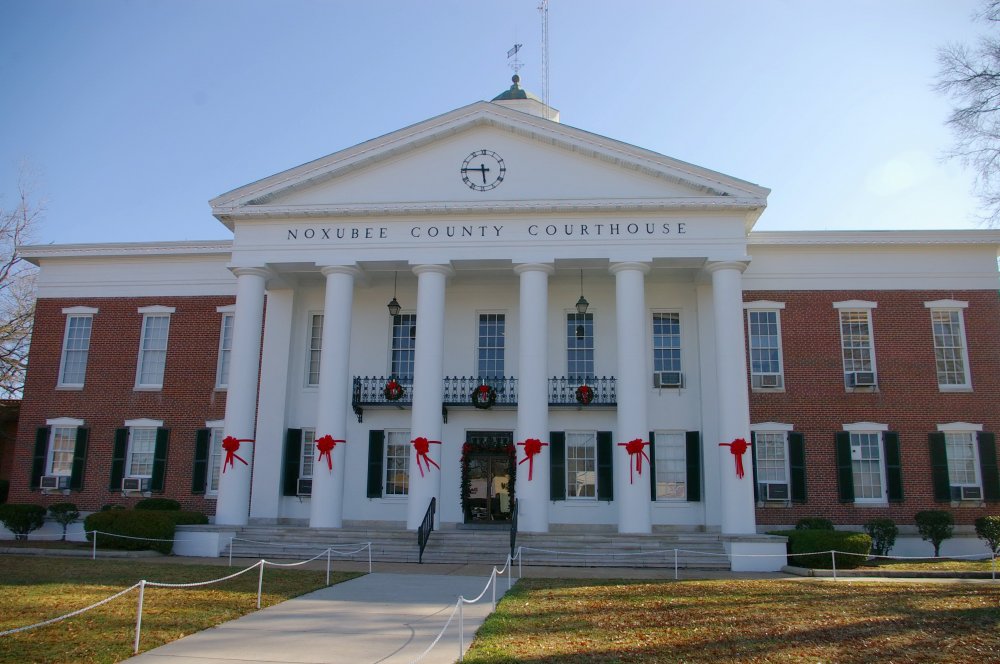