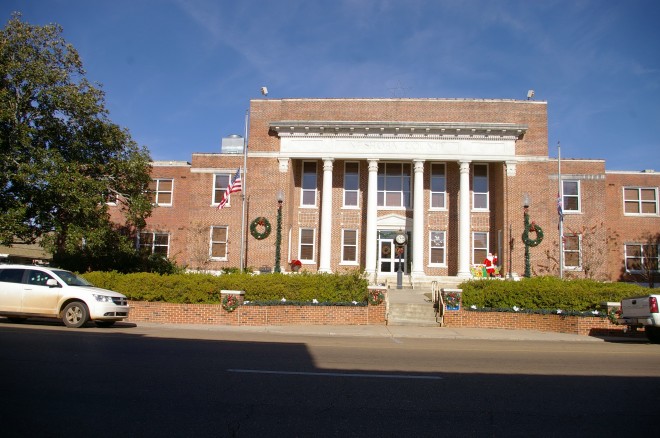 Neshoba County is named for the Native American word for “wolf”.

Description:  The building faces north and is a two story red colored brick and concrete structure. The building is located on landscaped grounds of Courthouse Square in the center of Philadelphia. The north front and south side have large porches with four Temple of the Winds columns rising to a wide header below the roof line. The foundation is raised concrete. The recessed entrances have small pediments above. The center sections of the building project from the main building, which also has a center projection with the main building extending east and west. The roof line is flat. The courtroom is located on the second story. The building houses the County Circuit Court of the 8th Judicial District and County Chancery Court. The lower east and west wings were constructed in 1954. The building was renovated in 2003. The architect was Foil Wyatt Architects and the contractor was O L Snowden & Sons Construction. 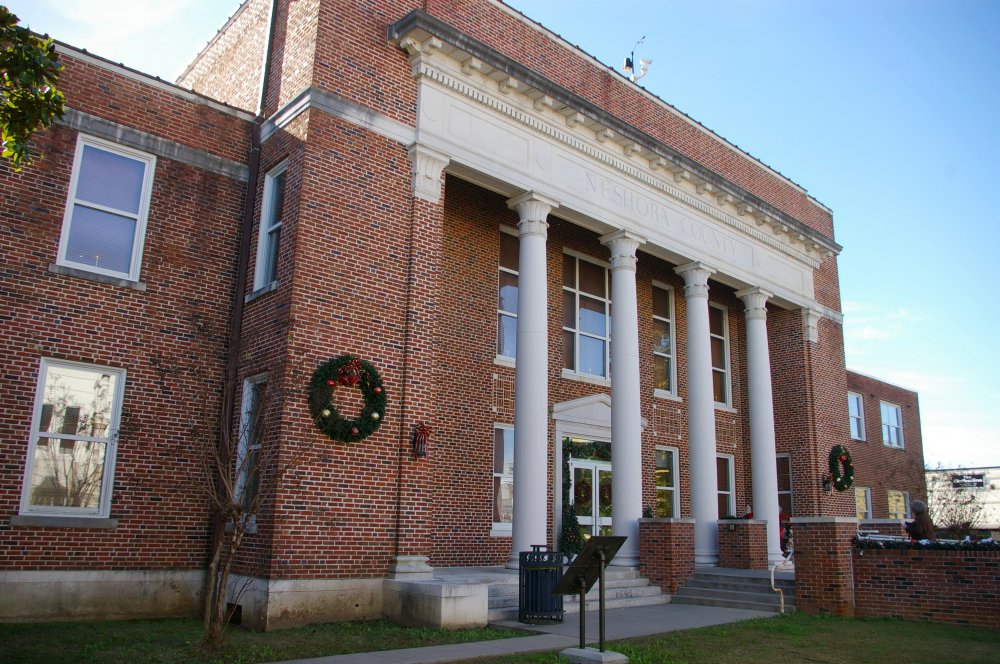 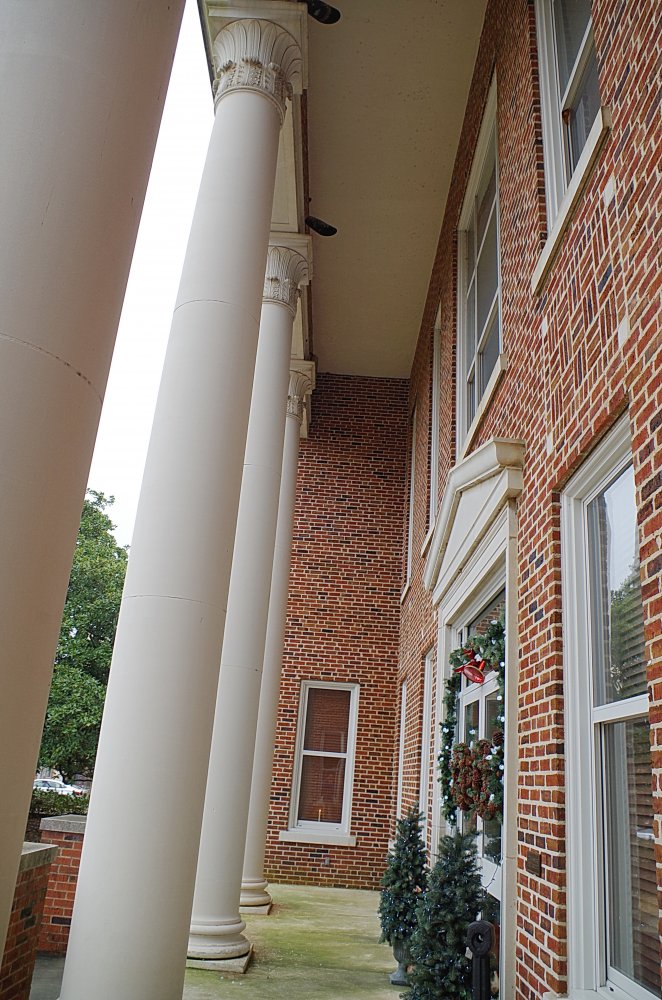 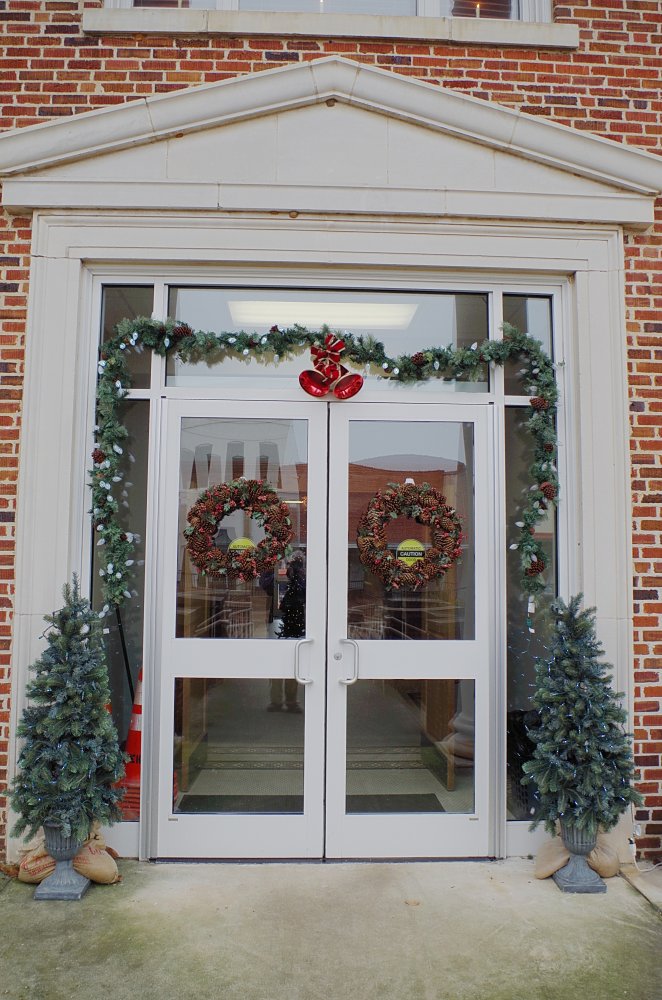 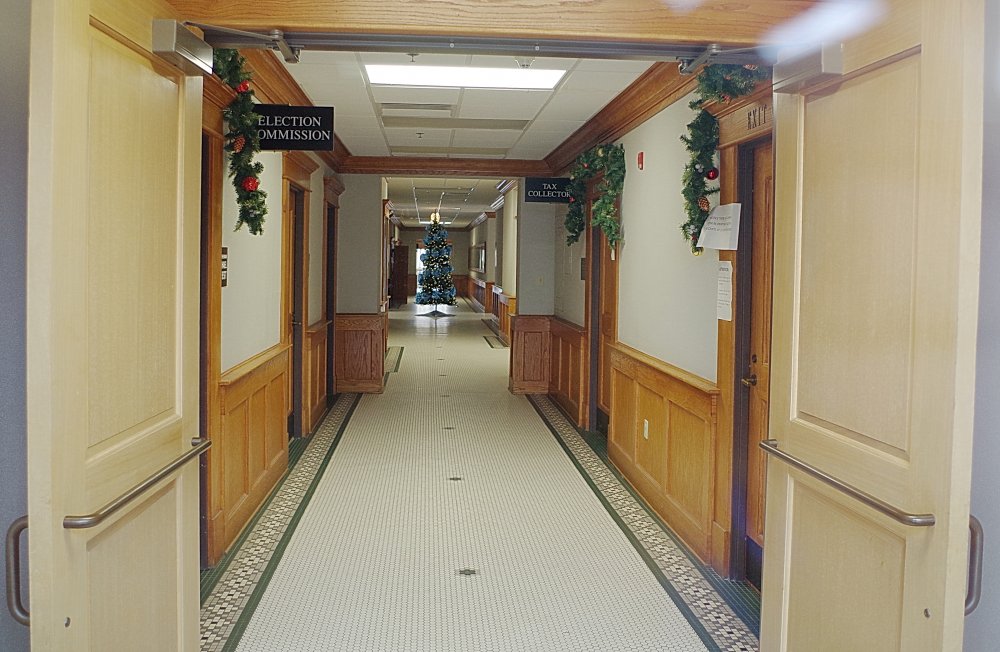 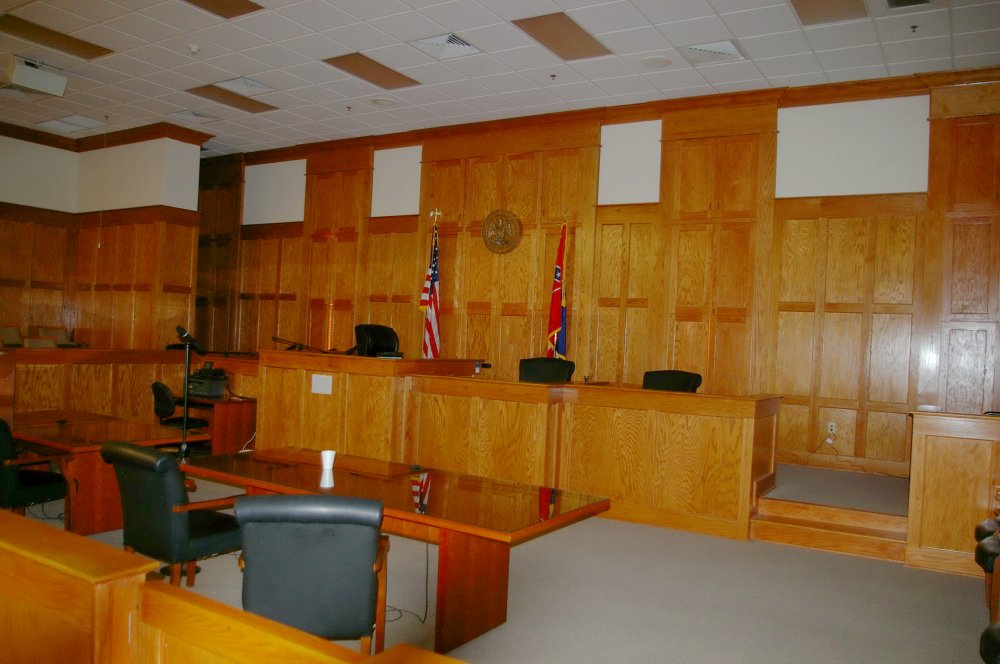 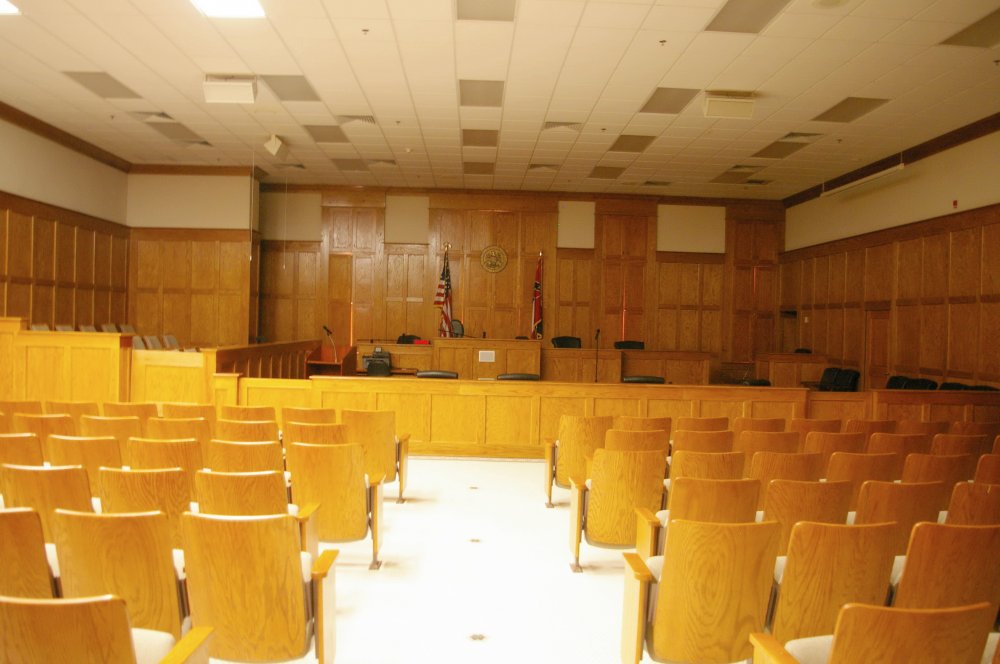 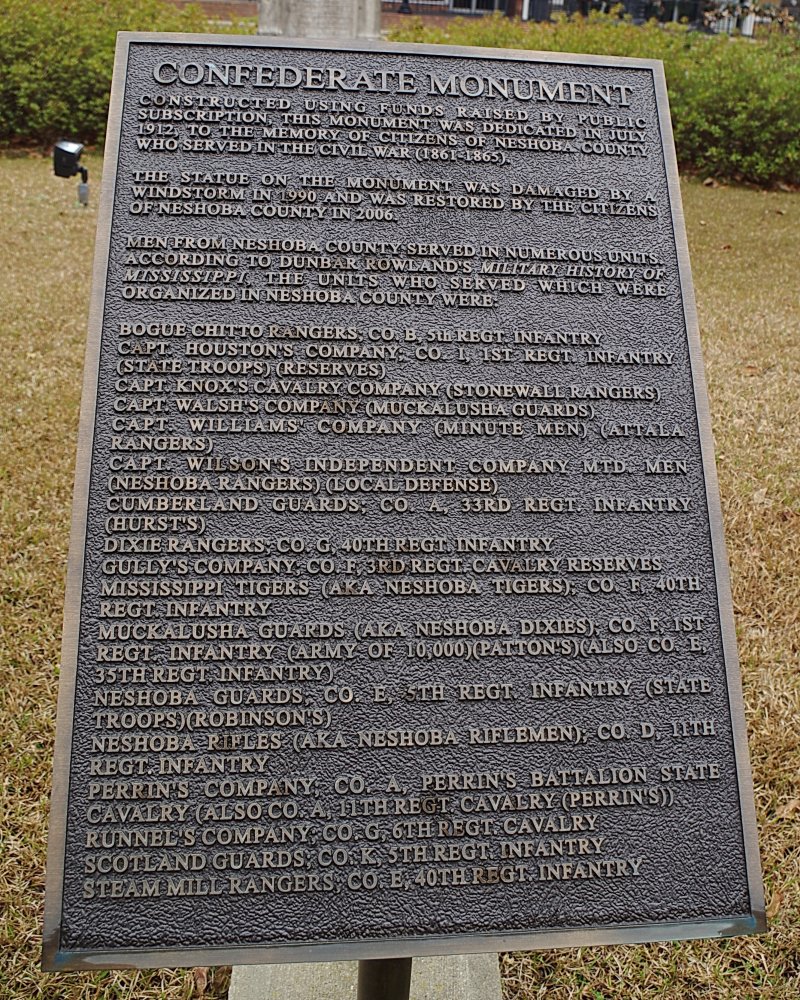