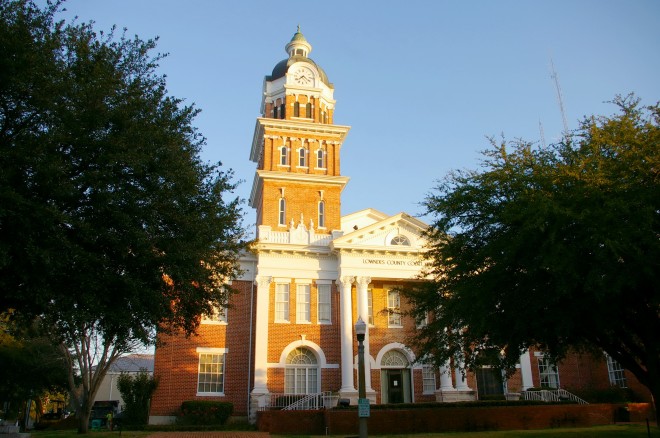 Lowndes County is named for William James Lowndes, who was a South Carolina Congressman.

Description:  The building faces south and is a two story red colored brick and stone structure. The building is located on landscaped grounds in the center of Columbus. The south front has a large portico with four columns rising to a high pediment with fanlight at the roof line. On the southwest corner is a five story square brick tower with large arched window on the first story and an octagonal shape on the fifth story. Above is the clock and a lantern at the top. On the southeast corner is a two story addition with five columns along the south side rising to the overhang of the flat roof. The roof is gabled. The courtrooms are located on the first and second stories with the main courtroom located on the second story. The building houses the County Circuit Court of the 16th Judicial District, County Chancery Court, County Court and County Youth Court. The building was remodeled in 1903. The architect was R H Hunt & Company and the contractor was D S McClanahan. The building was remodeled in 1974 to 1976. The architect was William I Rosamond & Associates and Virden-Roberson & Harrison Ltd. and the contractor was Harry C Terrell Construction Company. 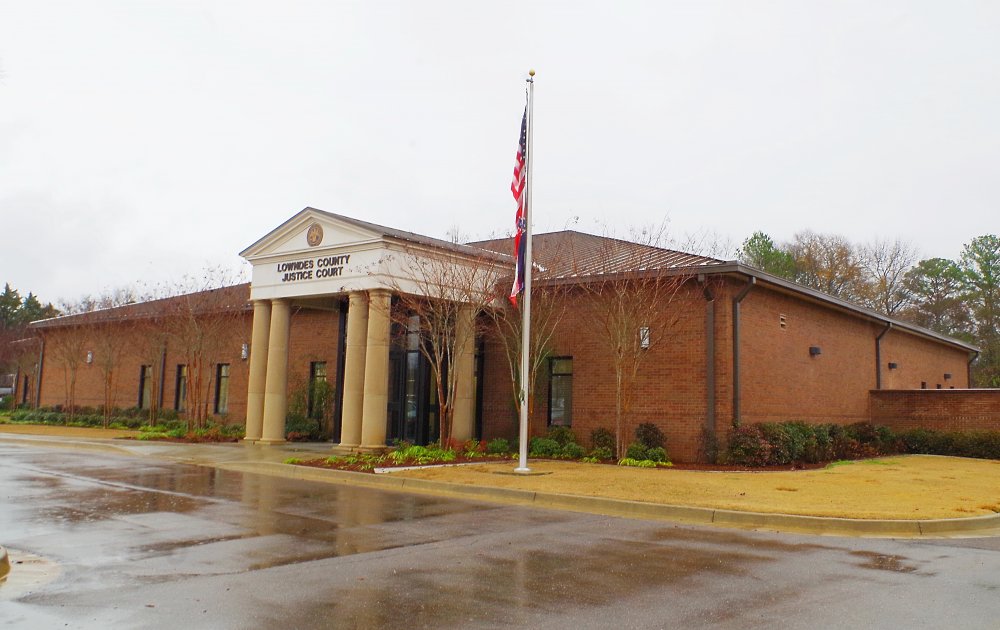 Description:  The building faces west and is a one story red colored brick and concrete structure. The building is located on landscaped grounds to the southeast of the center of Columbus.. The west front has a portico with pediment at the roof line and supported by six columns at the entrance towards the south along the front. The roof is hipped.  The building houses the County Justice Court.

History:  The county was created in 1830 and Columbus was selected as the county seat. The first and present courthouse was constructed in 1847 to 1848. 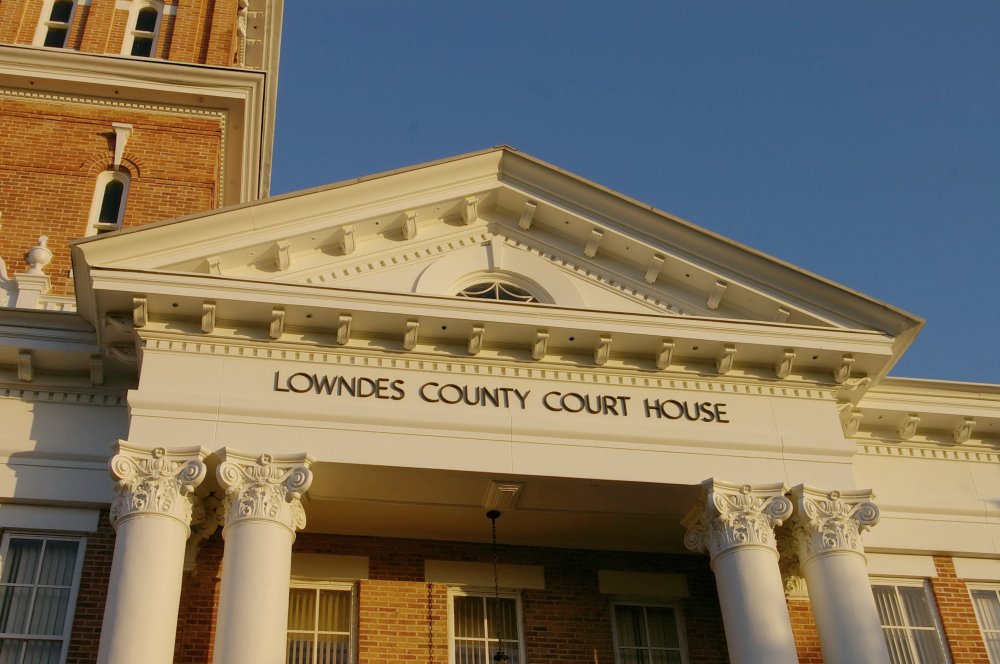 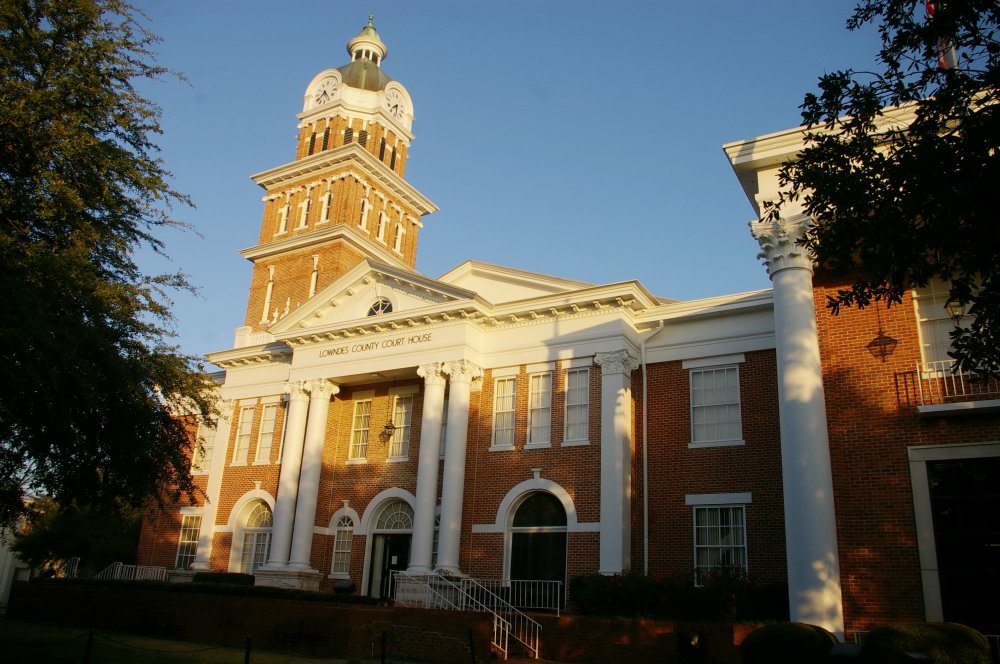 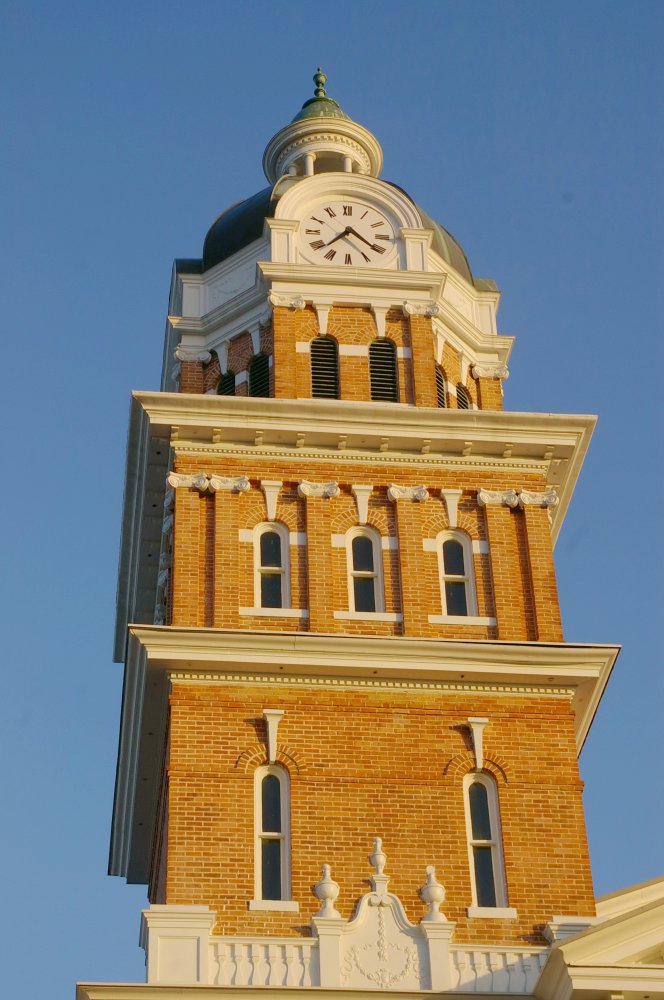 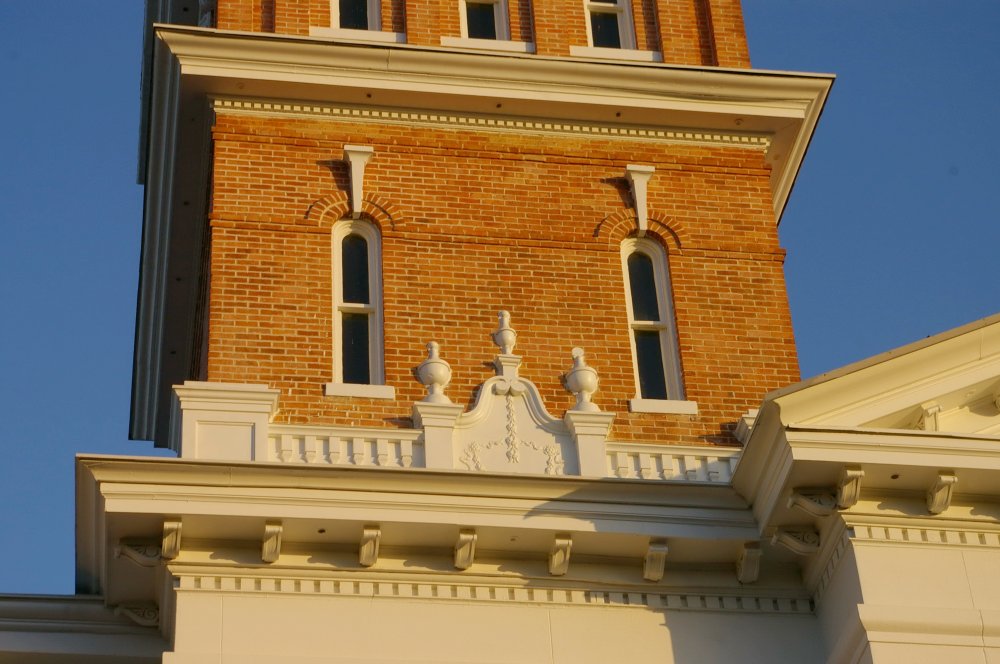 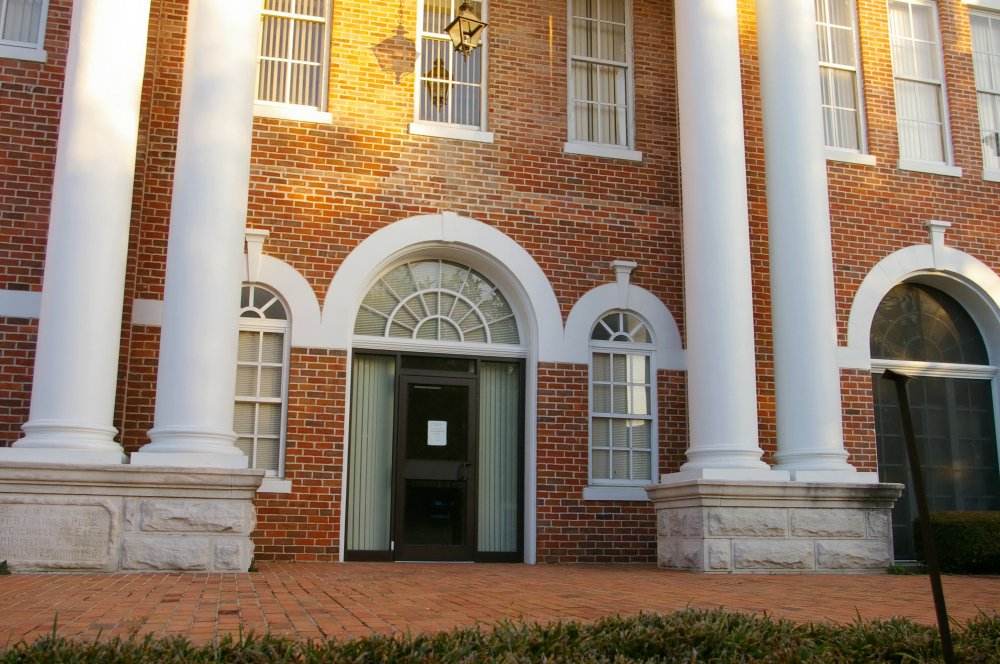 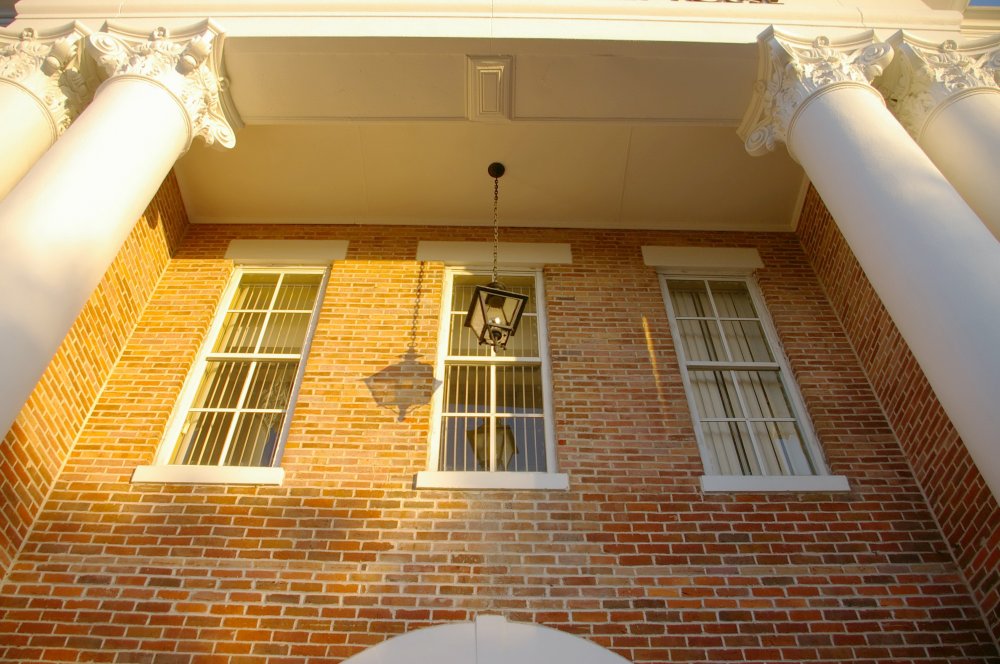 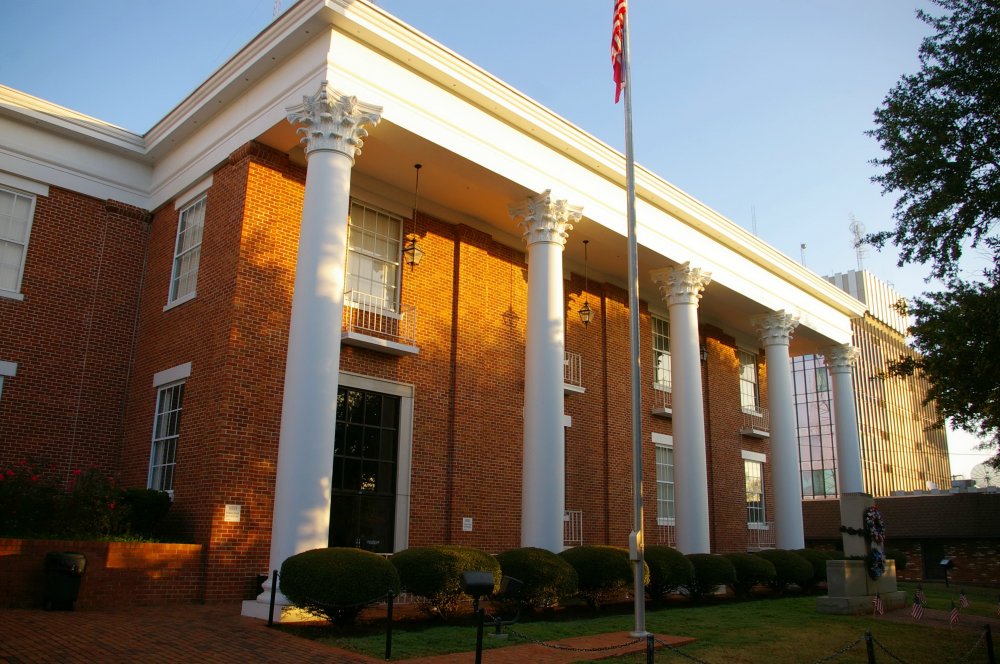 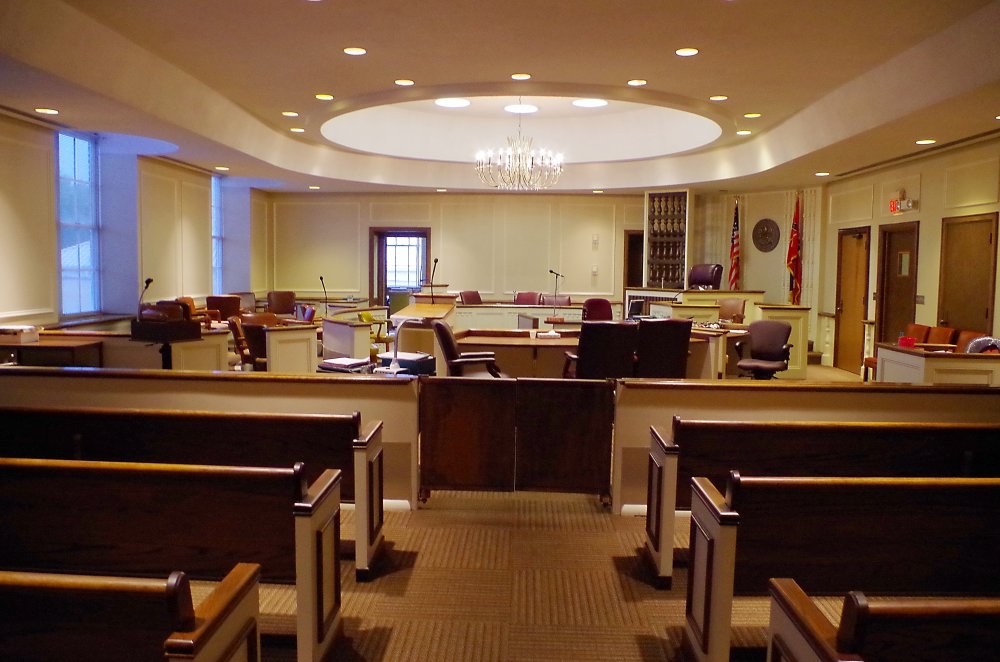