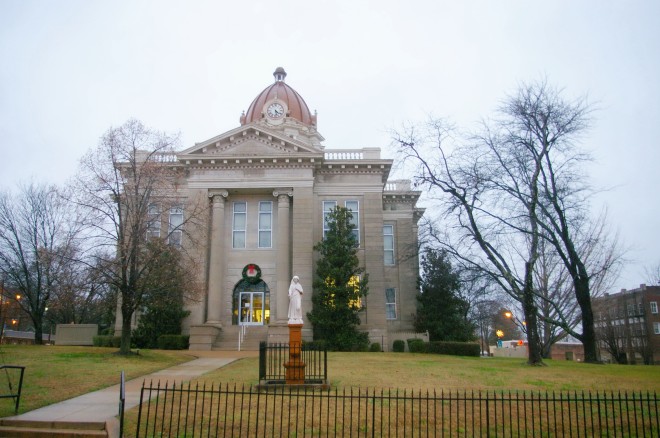 Lee County is named for Robert E Lee, who was a Confederate general in the Civil War, and who lived from 1807 to 1870.

Description:  The building faces south and is a two story cream colored stone-faced and concrete structure. The building is located on spacious landscaped grounds in the center of Tupelo. The building is rectangular with projections on the north and south sides. The south front has a high porch with two high Ionic columns rising to a pediment at the roof line. Most of the windows are narrow. On the center of the roof is an octagonal dome with clock, copper roof, Doric Columns and small lantern at the top. A balustrade runs along the roof line. In the interior, the hallways are intersecting north-south and east-west. The staircase in the eastern section ascends to the second story where the former courtroom is located. The building was renovated in 1966. The architect was Robert B McKnight and the contractor was Tupelo Lumber Company. The building was further renovated in 1977. To the north are the County Justice Center and the County Justice Court Building.

See: The architect, Patrick Henry Weathers of Jackson, Mississippi, designed courthouses in Louisiana in Tensas Parish; in Mississippi in Lamar County and Marion County; in Missouri in Cape Giradeau County, Daviess County and Stoddart County;  and in Oklahoma in Ellis County, Logan County and Washington County. 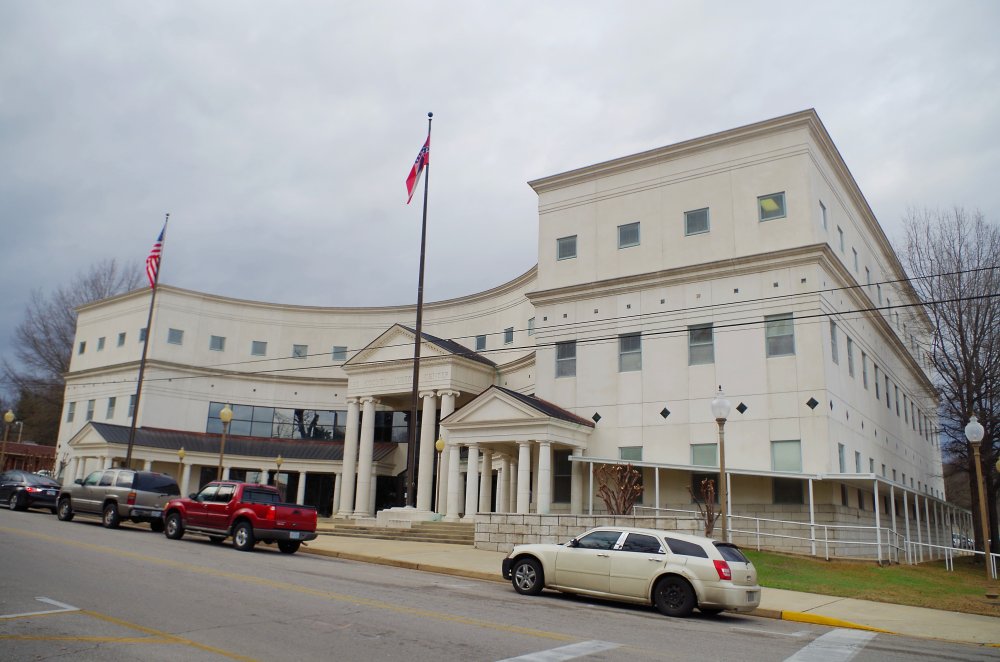 Description:  The building faces south and is a three story gray colored concrete structure. The building is located on landscaped grounds in the center of Tupelo on the north side of the courthouse in the center of the city and forms a “U” shape with a central portico with four columns rising to a pediment at the top of the second story. A projecting horizontal cornice runs between the second and third stories. The third story has small square windows. The roof line is flat. The County Circuit Court courtrooms are located on the second story. The building houses the County Circuit Court of the 1st Judicial District, County Chancery Court and County Court. 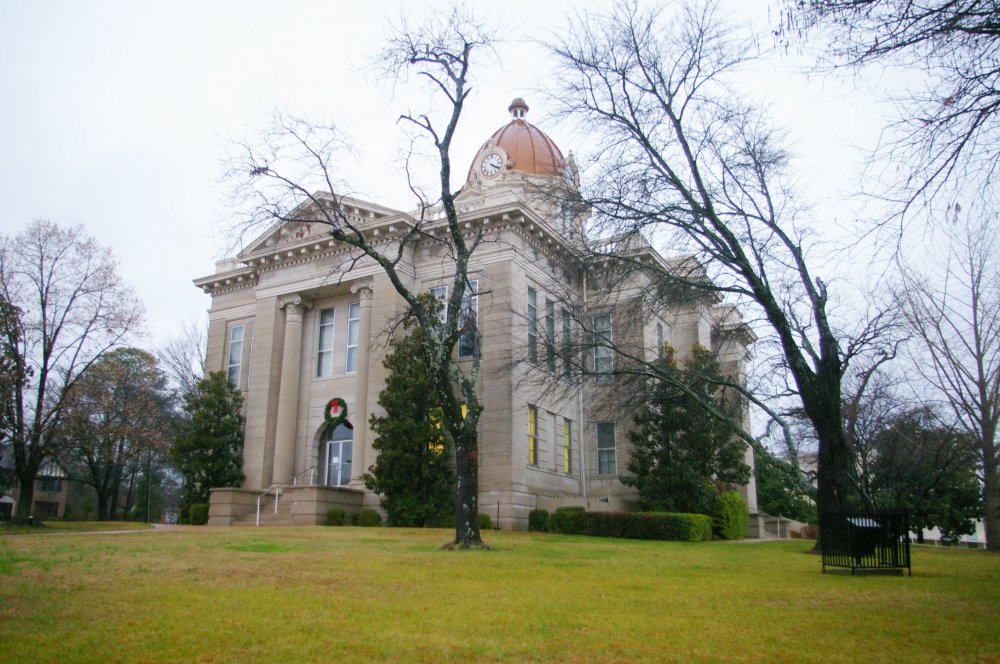 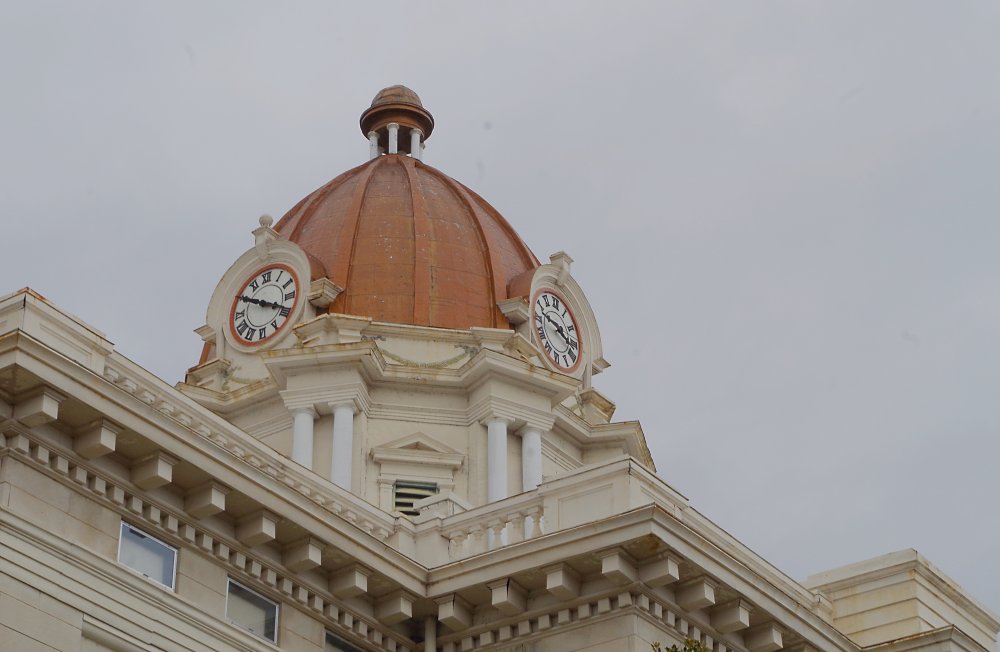 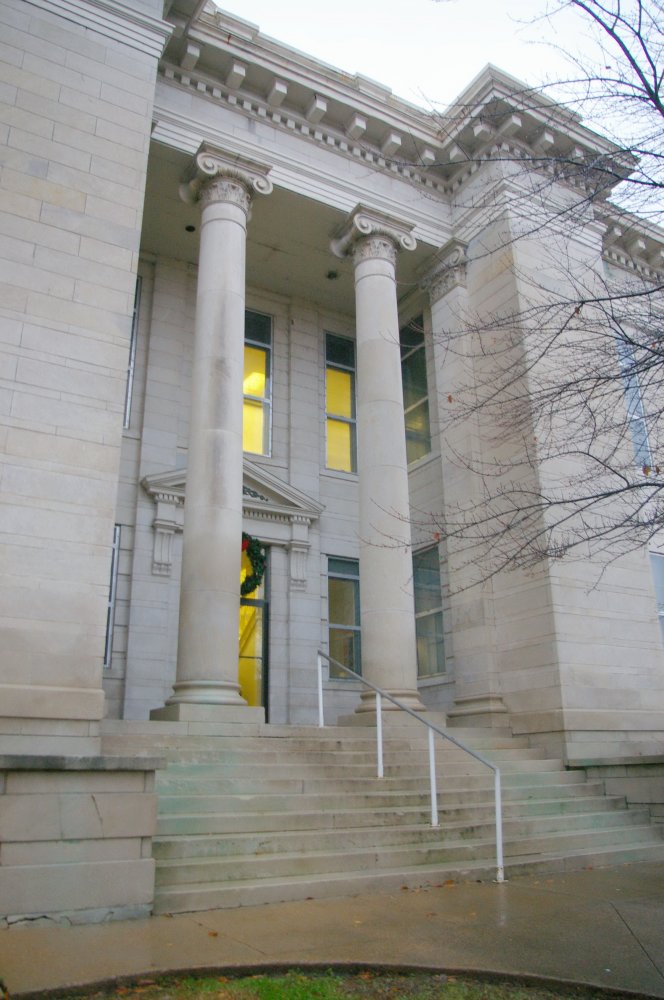 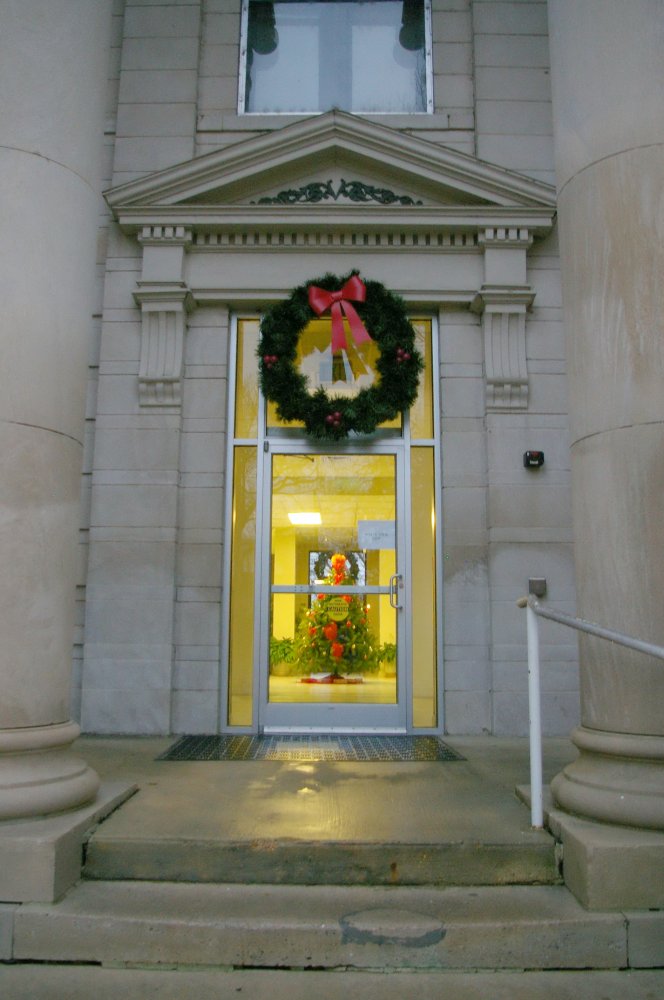 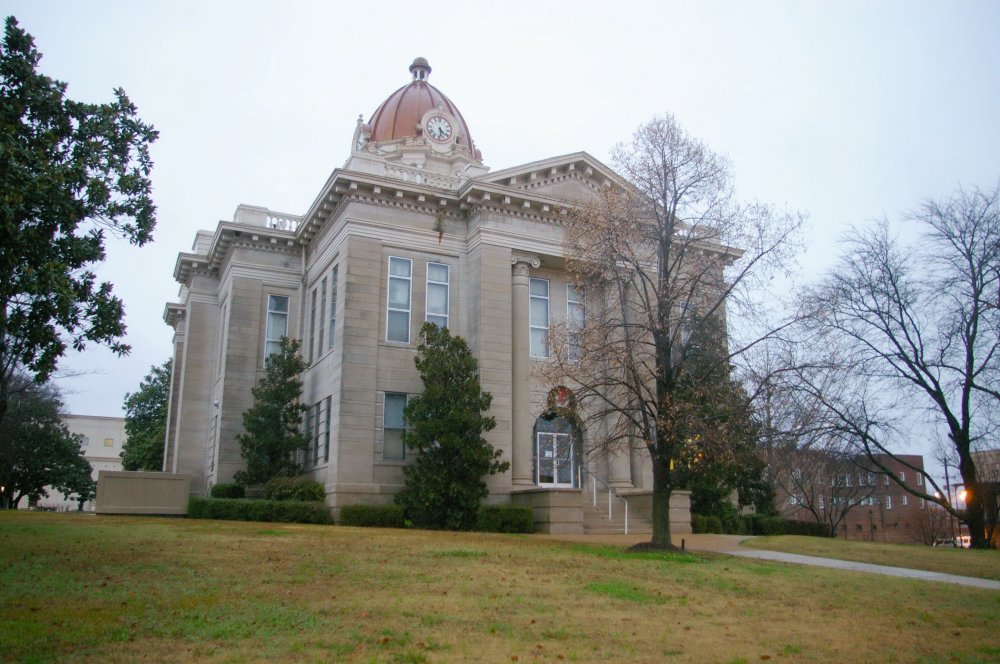 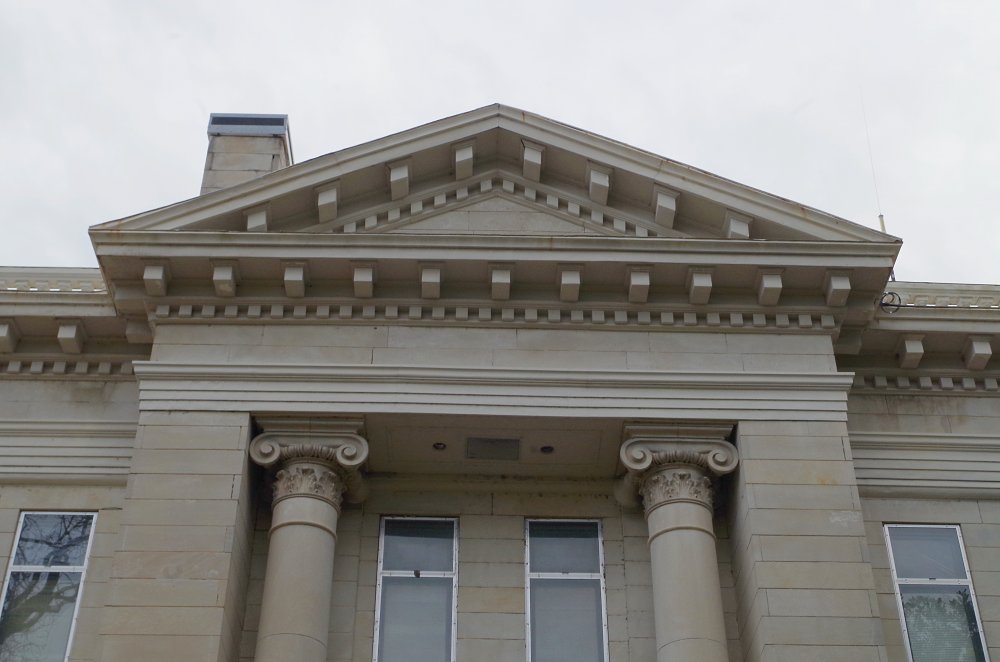 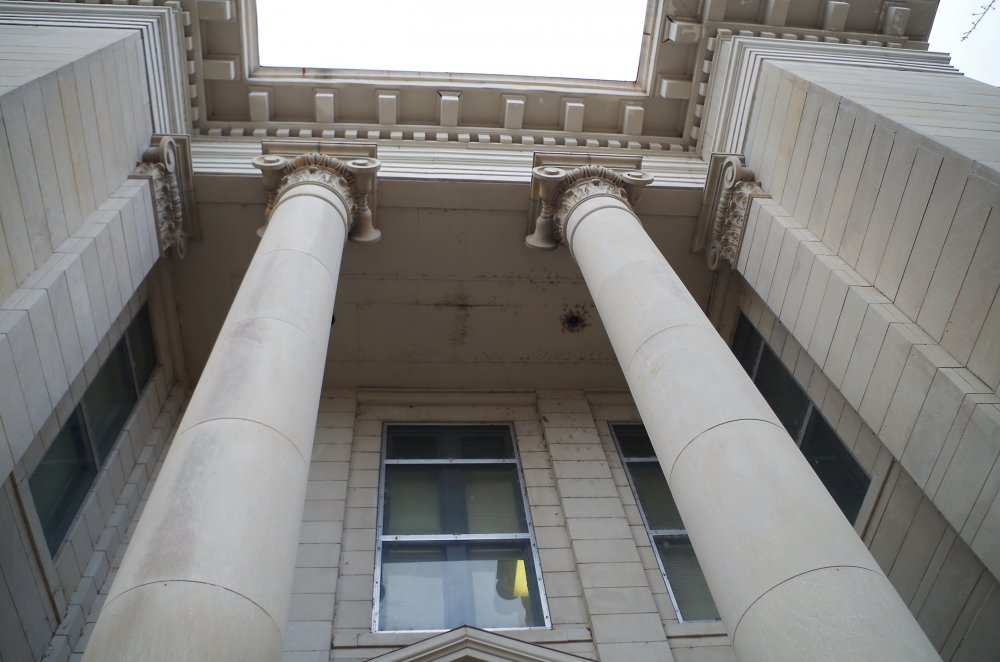 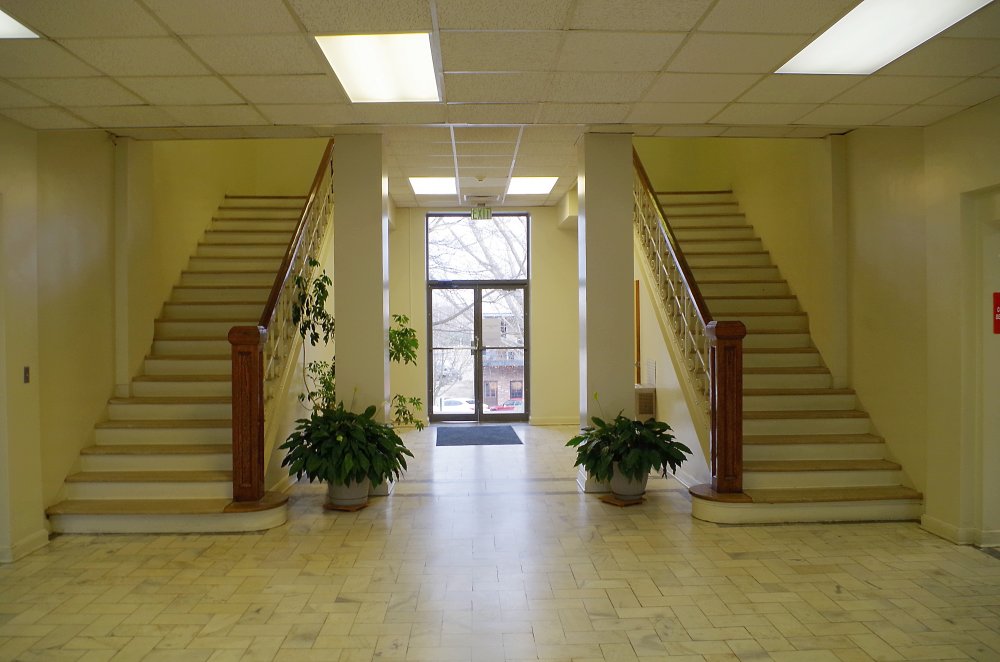 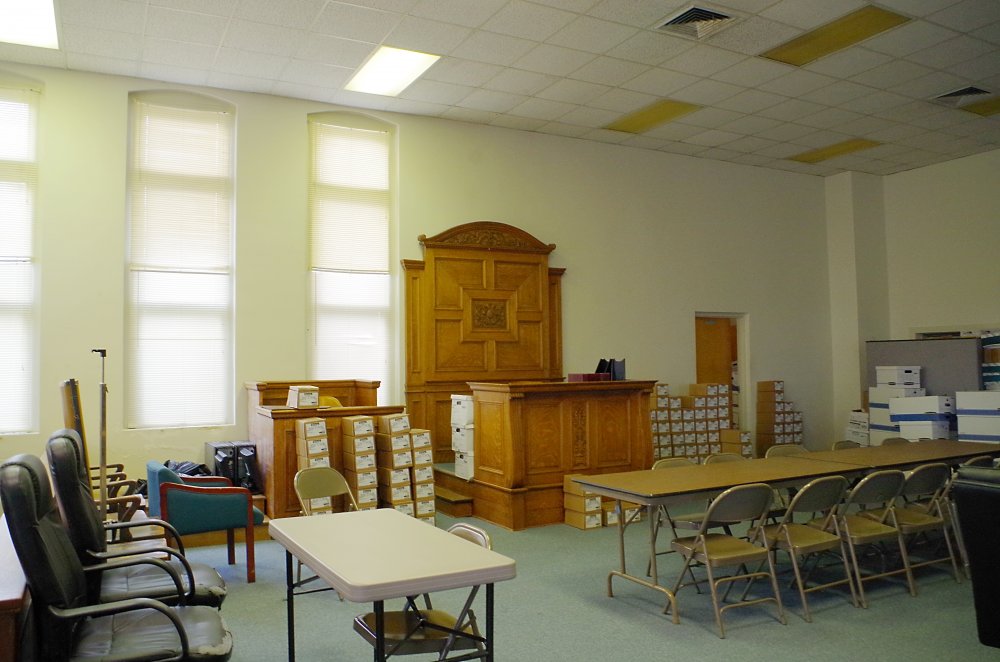