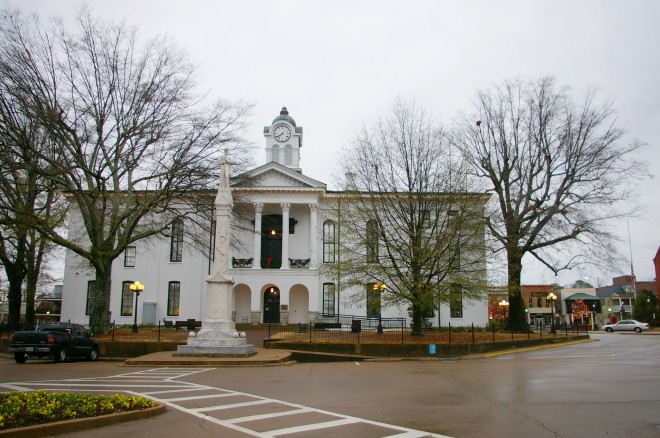 Description:  The building faces south and is a three story white colored stuccoed masonry structure. The building sits on the Courthouse Square in the center of Oxford. The south front has a central portico with three arches on the first story and four columns rising to a pediment at the roof line. There is a balcony on the second story. The north side has a similar portico. On the center of the roof is a high square white colored cupola with clock at the top. In 1952 to 1953, the east and west bays were added. The architect was Barton A England, Jr. The building was renovated in 1981. The architect was Godfrey Bassett Maisel and Tuminello and the contractor was Grantham Construction Company Inc. The building was further renovated in 2008. The architect was Howorth & Associates Architects and the contractor was Panola Construction Company.

Note:  In 1864, the original courthouse was burned by Union troops under the command of General A J “Whiskey” Smith. Following the Civil War the present courthouse was built and completed in January 1872. The Marshall County courthouse is a similar style as the architect and contractor were the same. 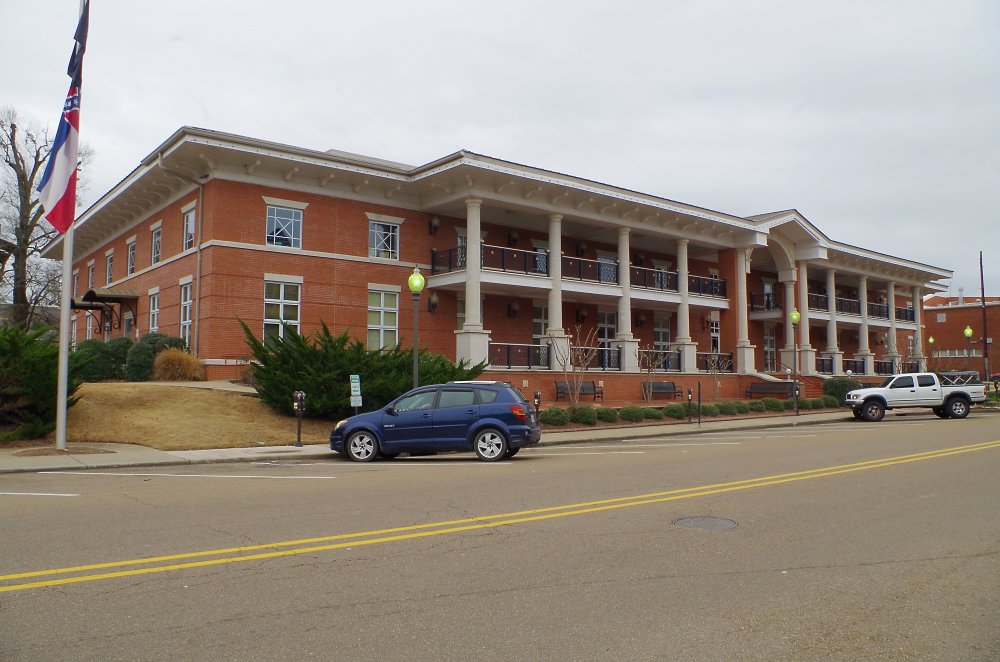 Description:  The building faces west and is a two story red colored brick and concrete structure. The building is located in the center of the city to the north of the courthouse. The west front has a central portico with four columns rising to the roof line. A long two story porch extends along the west side. The roof is hipped. 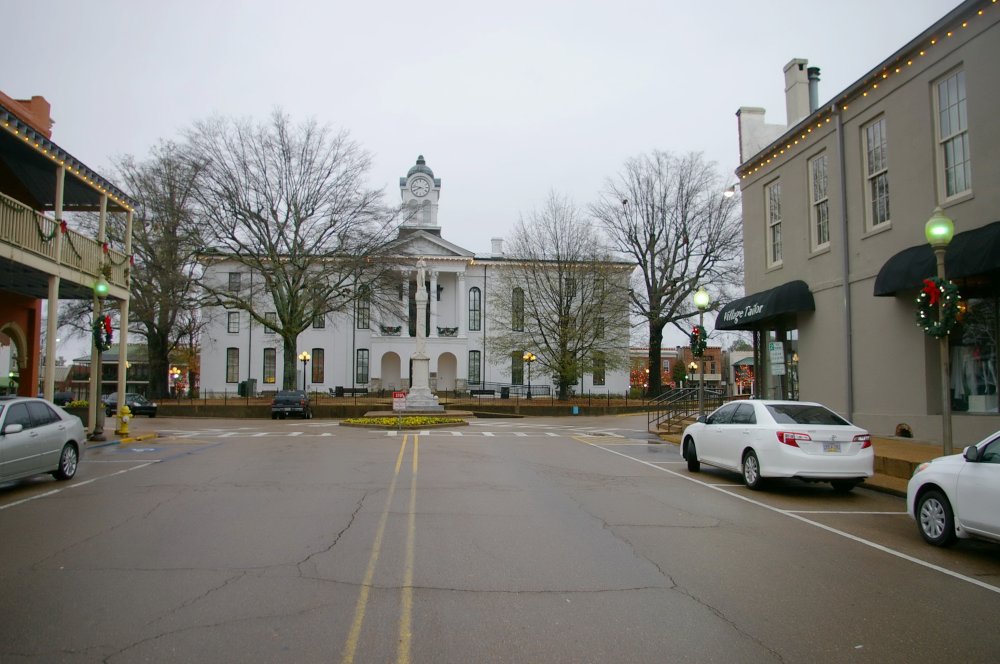 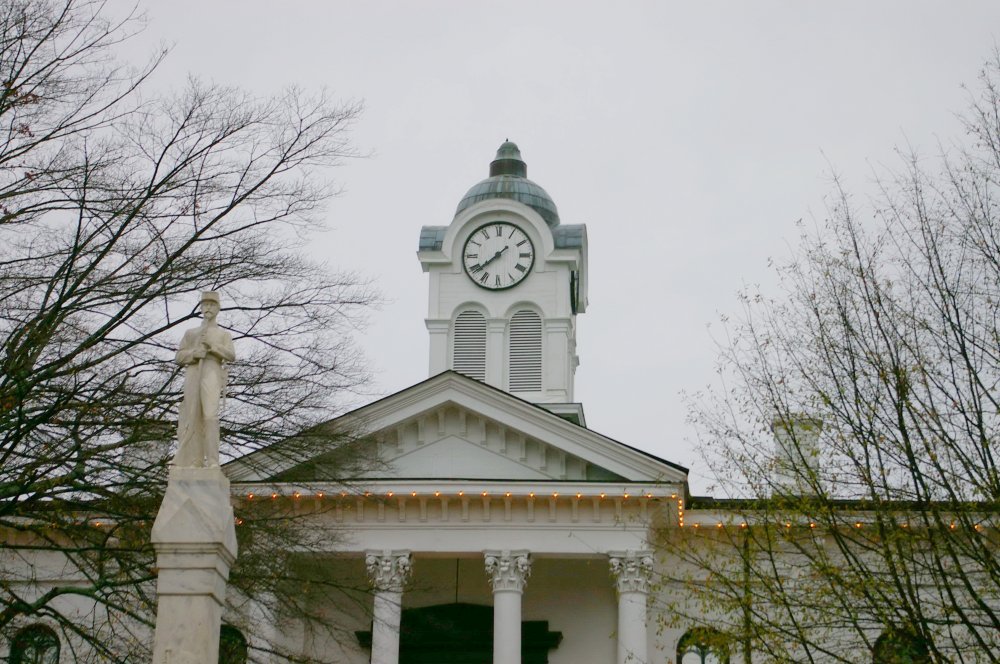 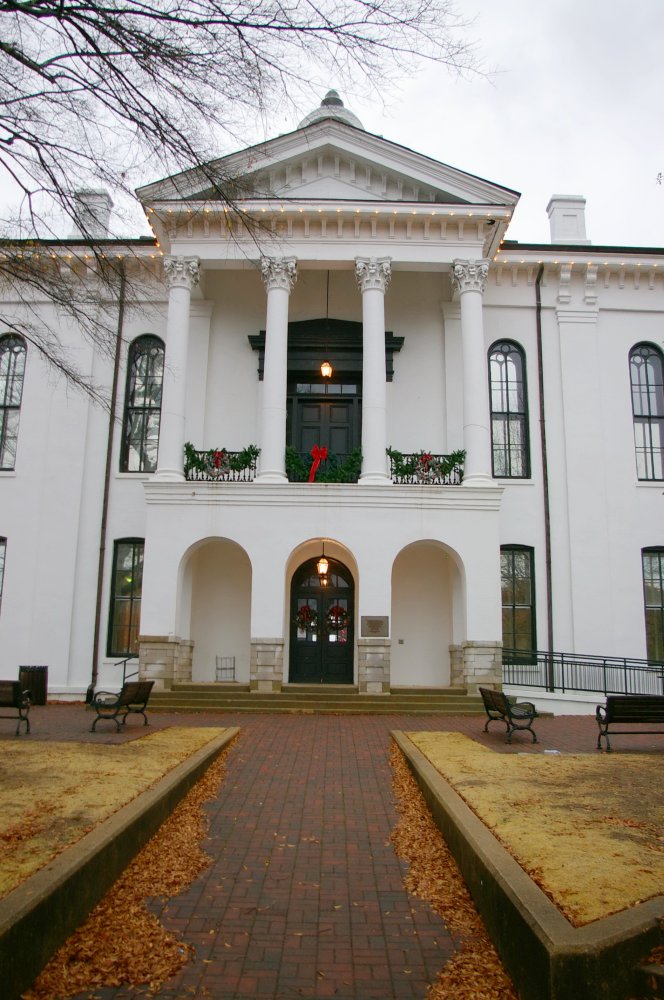 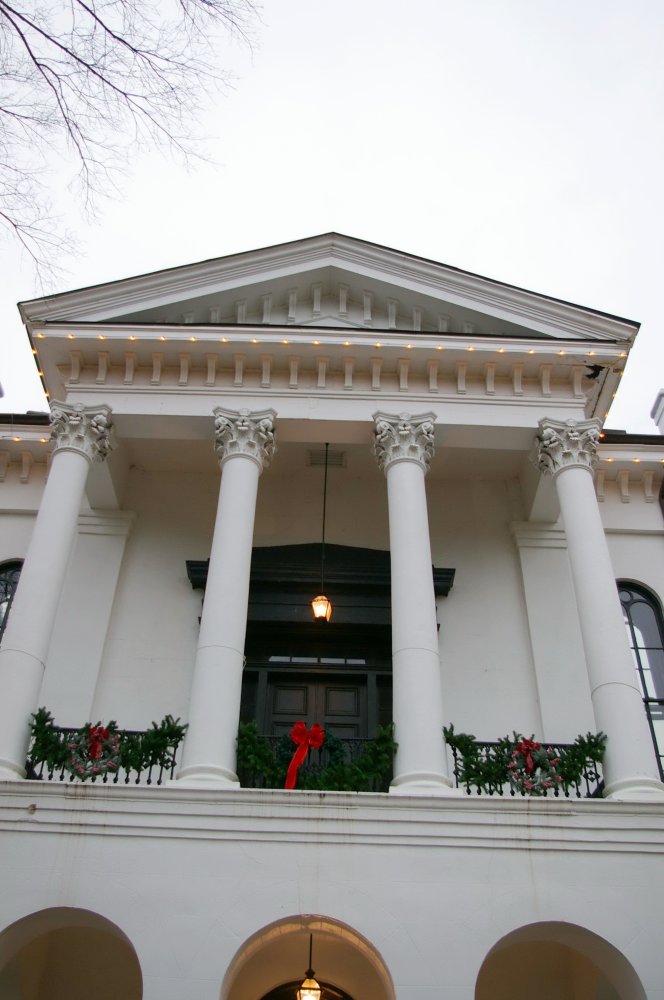 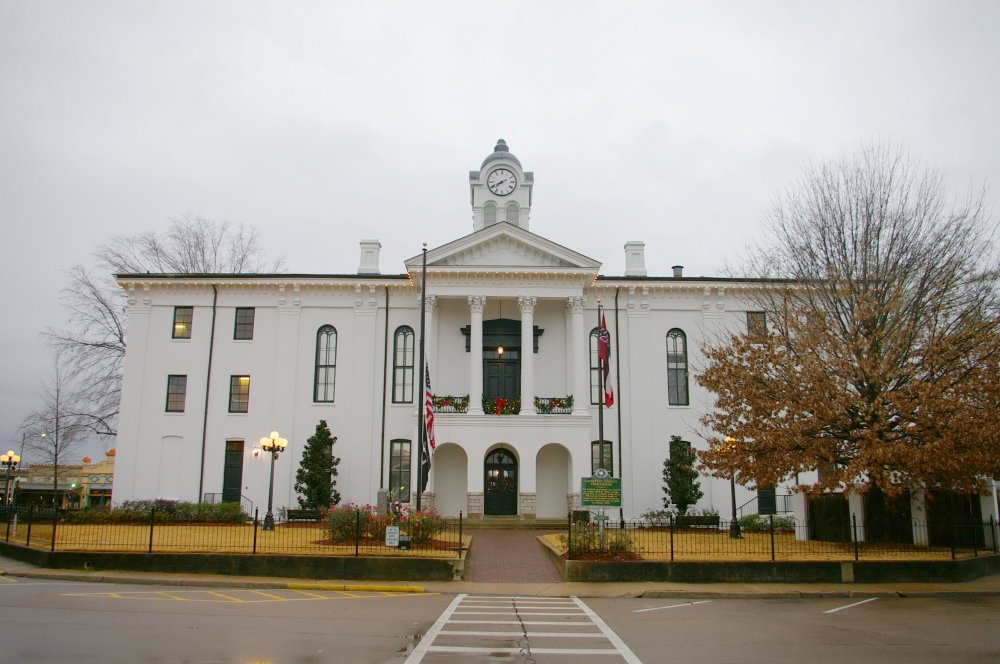 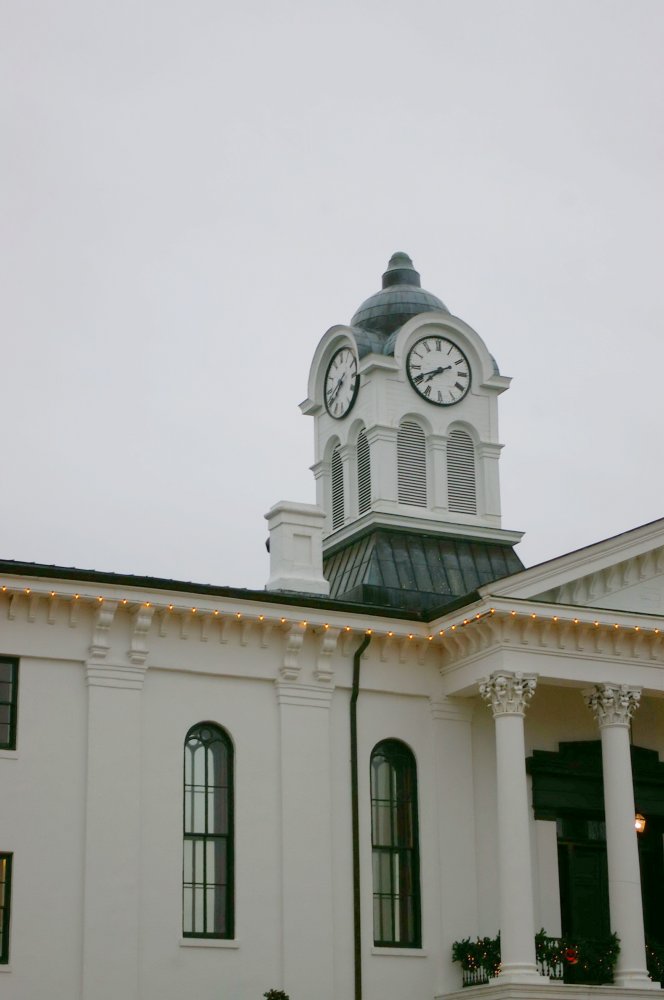 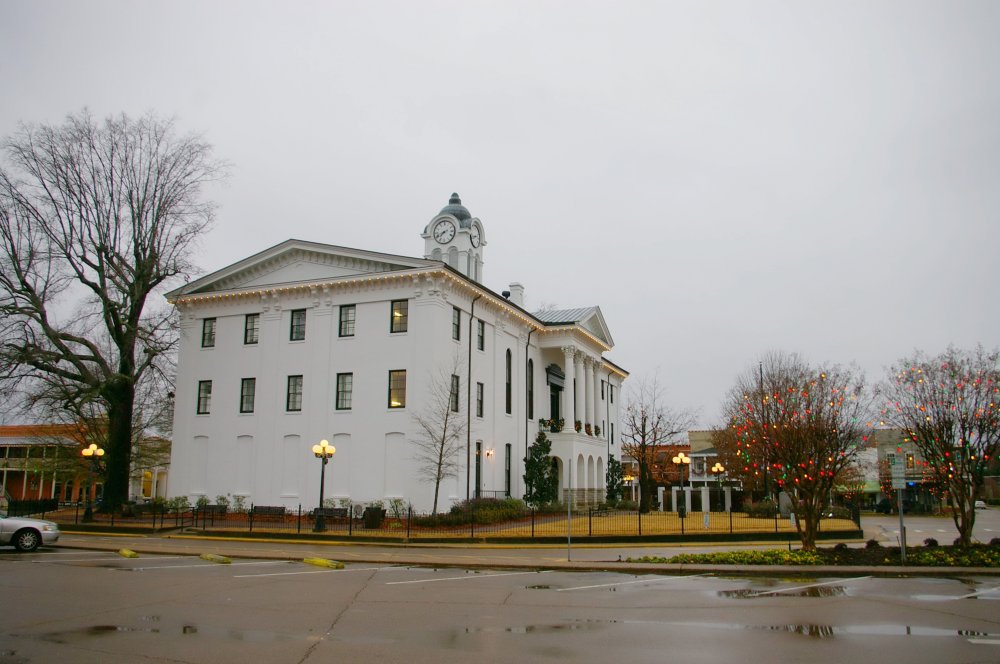 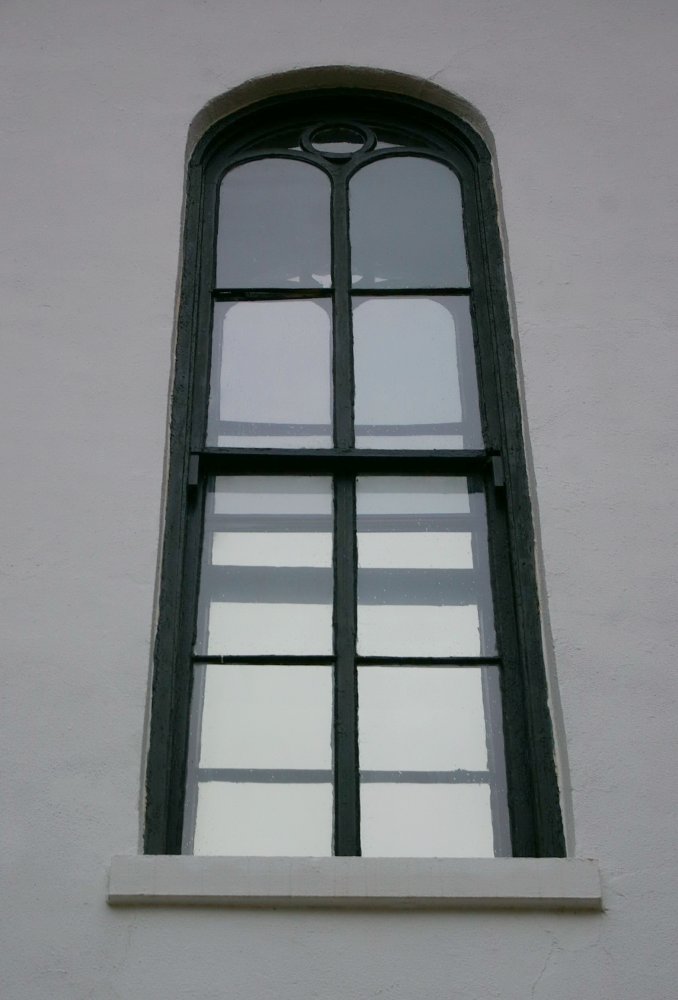 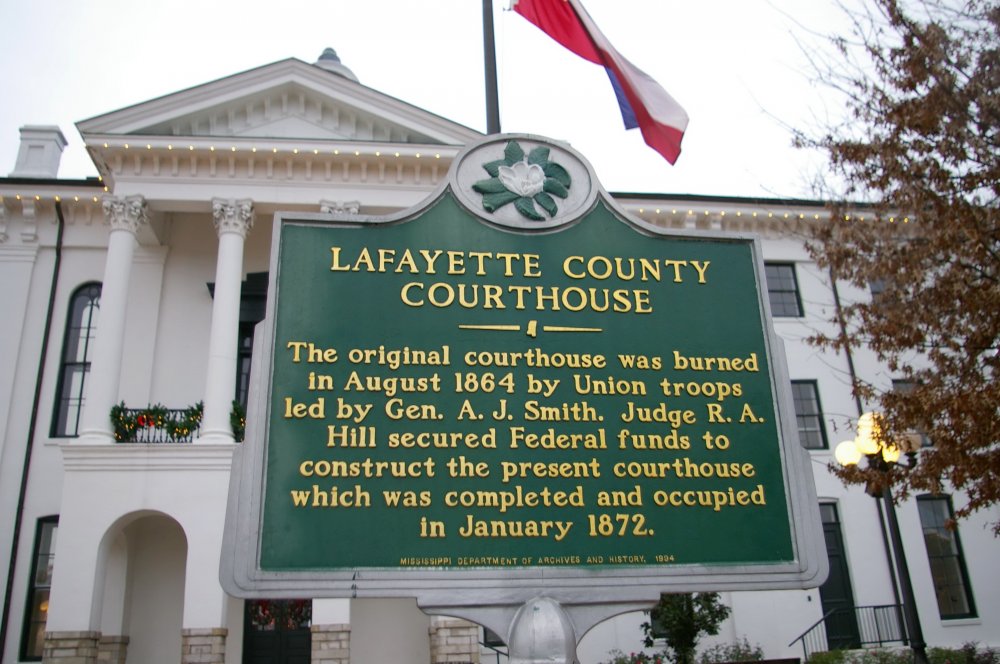 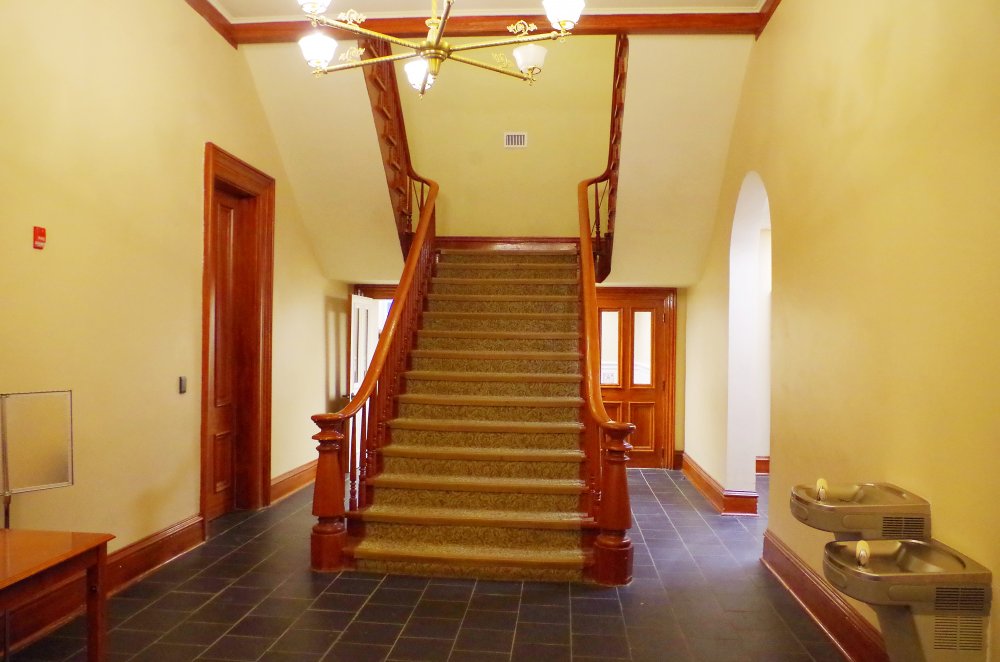 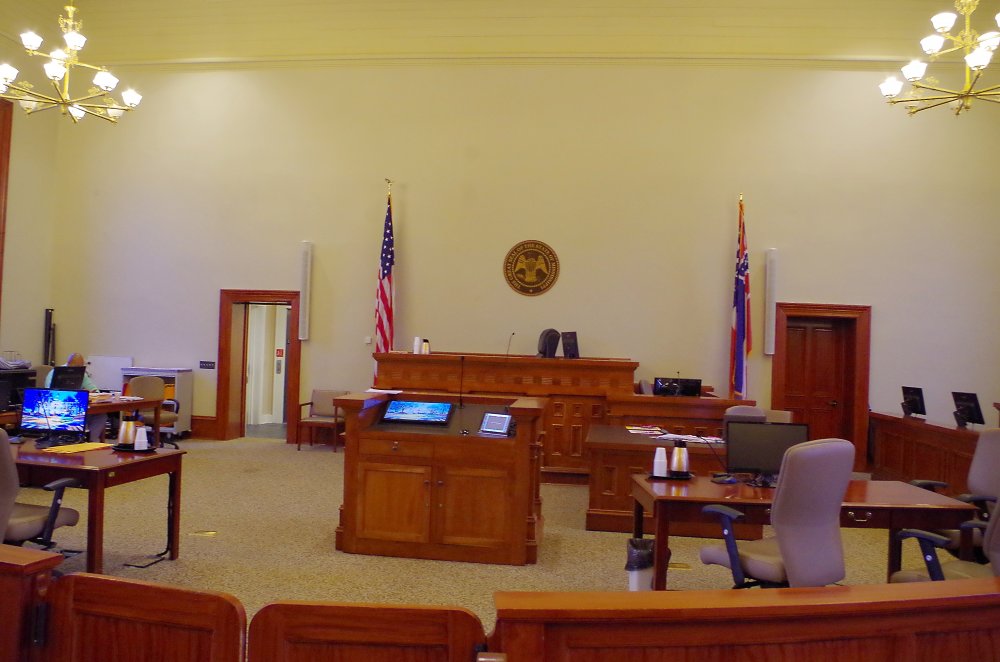 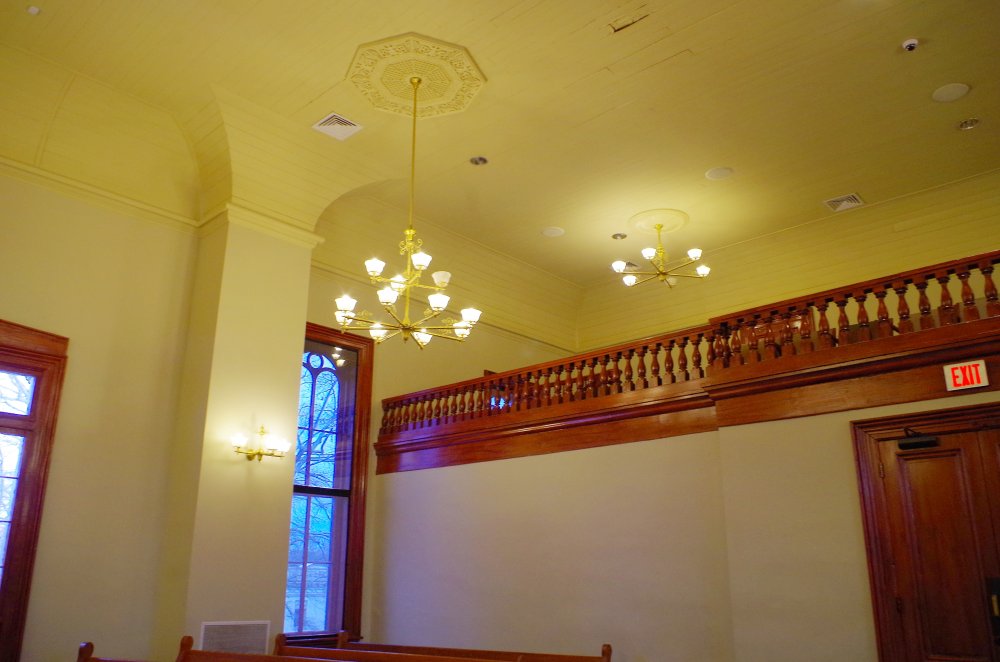 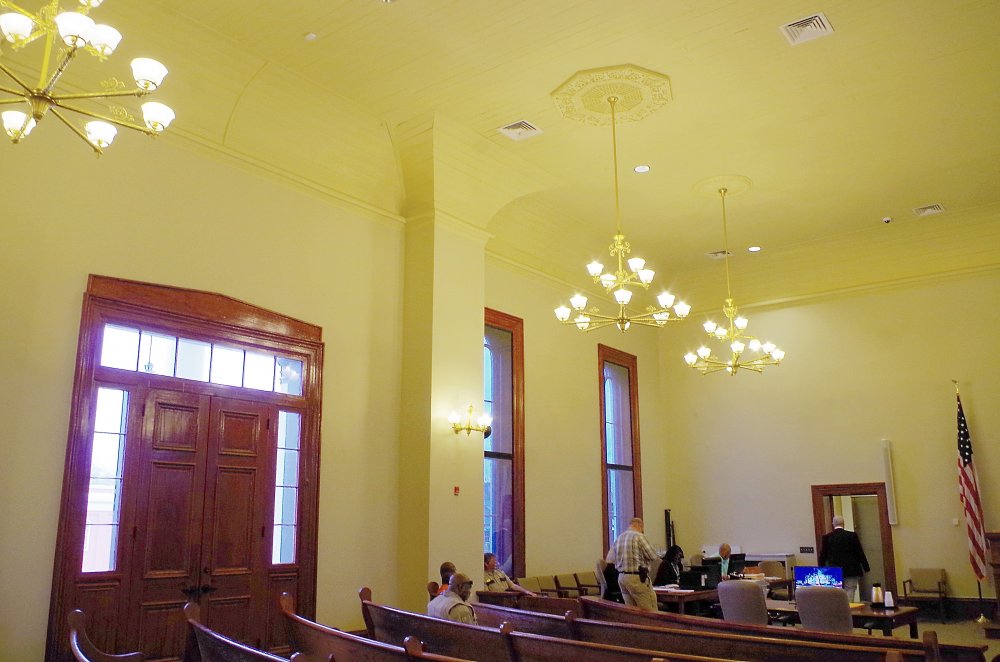 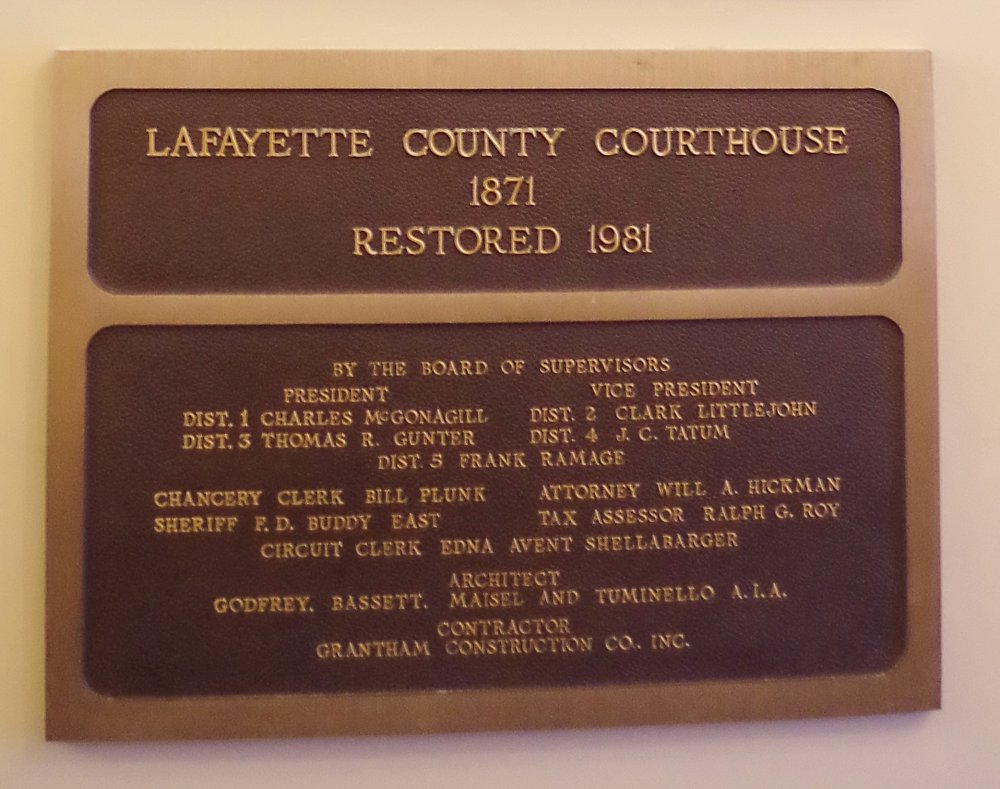