Description:  The building faces west and is a two story buff colored brick and concrete  structure. The building is located on landscaped grounds in the center of Laurel. The west front has a projecting portico with four columns rising to a pediment at the roof line. There is a balcony on the second story, A horizontal belt runs below the projecting cornice below the roof line. There are stone trim and small pediments above the windows. On the north and south sides are large porches with two high columns rising to the top of the second story. There are wide balconies on the second story. The roof line is flat. The courtroom is located on the secons story. In 1936, a jail addition was constructed on the north side. The architect was Noah Webster Overstreet & A H Town and the contractor was I C Garber & Son. The assistant architect was Louis W Duffee. In 1961 a further addition was built along the south side. The architect was Hunt & Suffling and the contractor was James Reeves. The engineer was Charles N Clark Associates of Laurel.

See:  The other courthouse is in Ellisville. 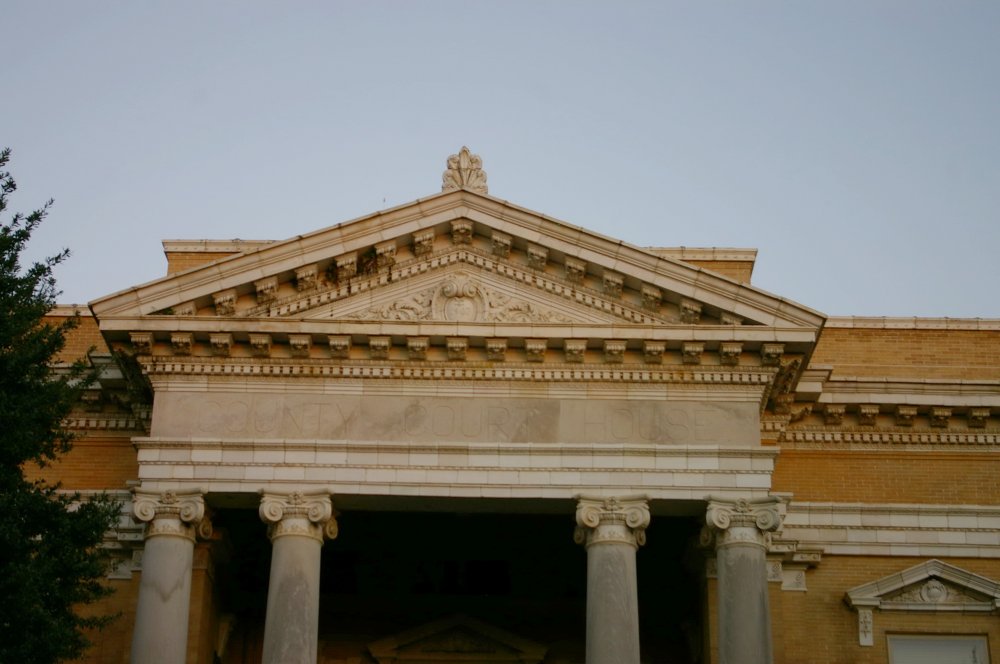 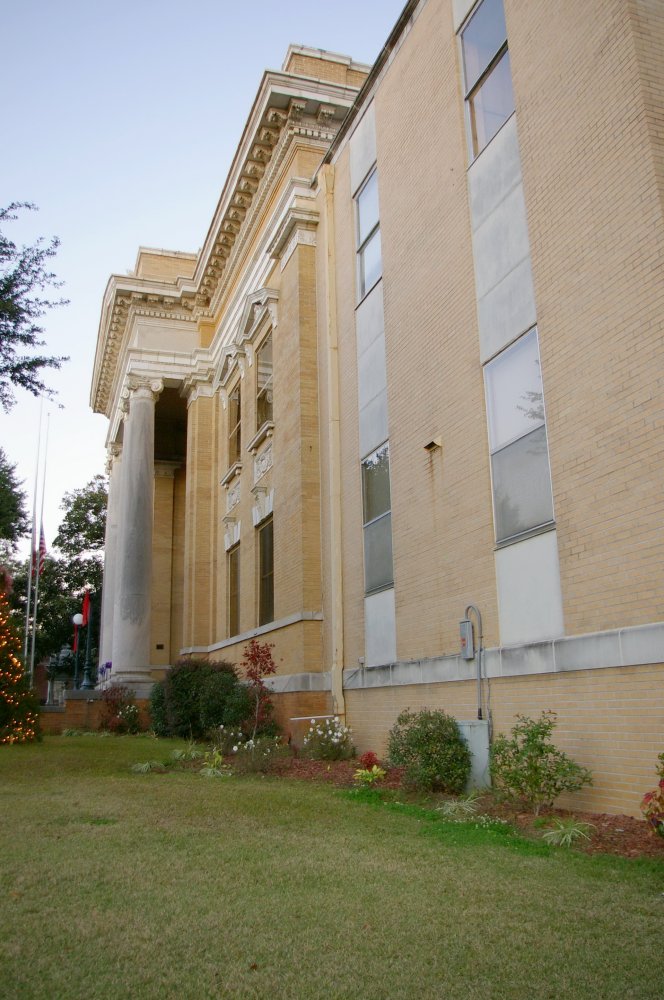 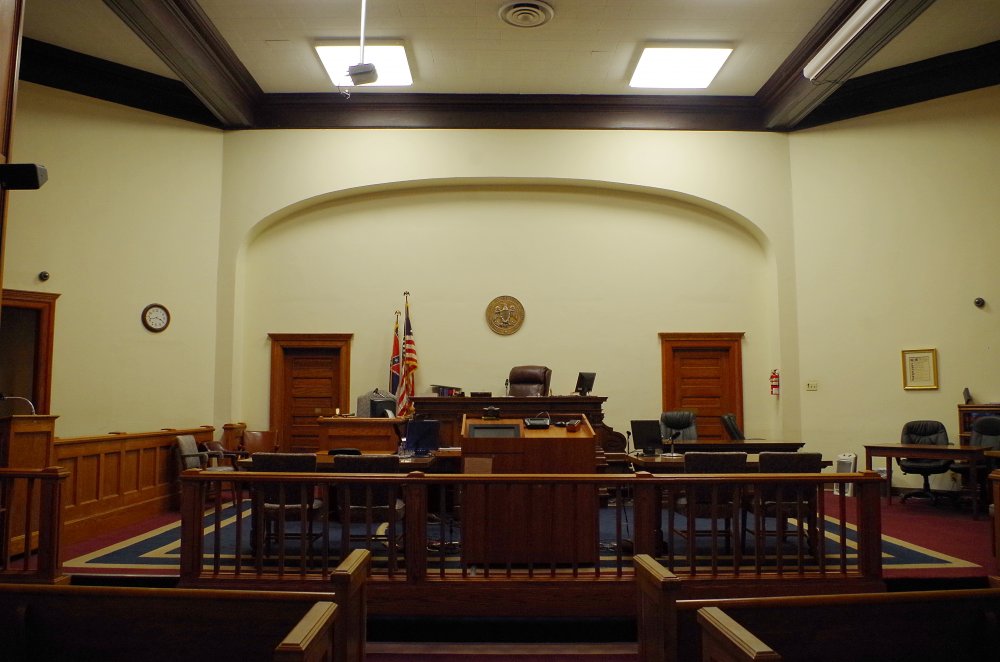 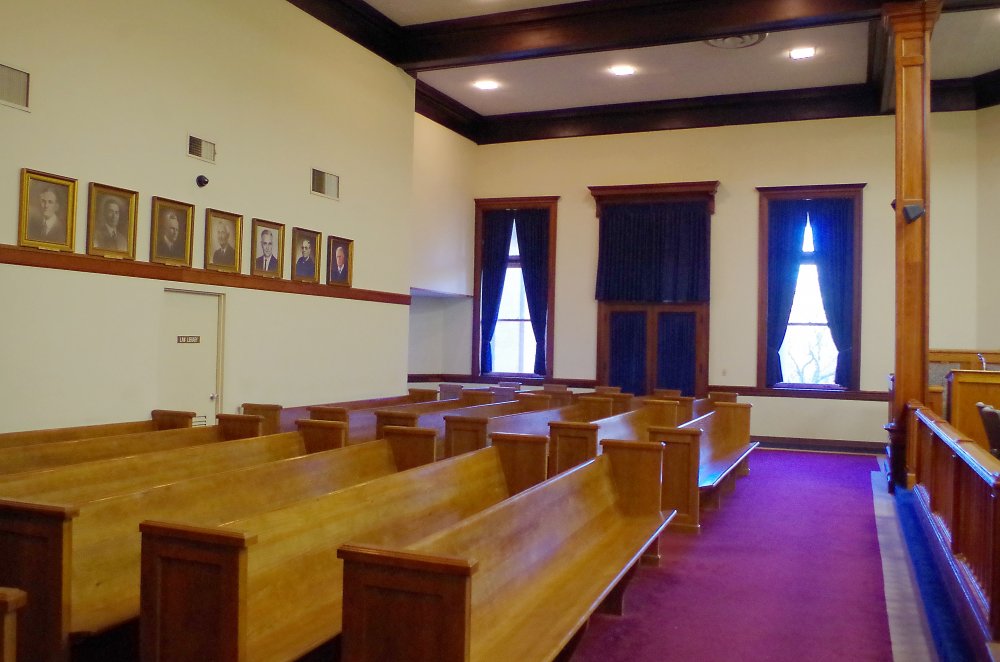 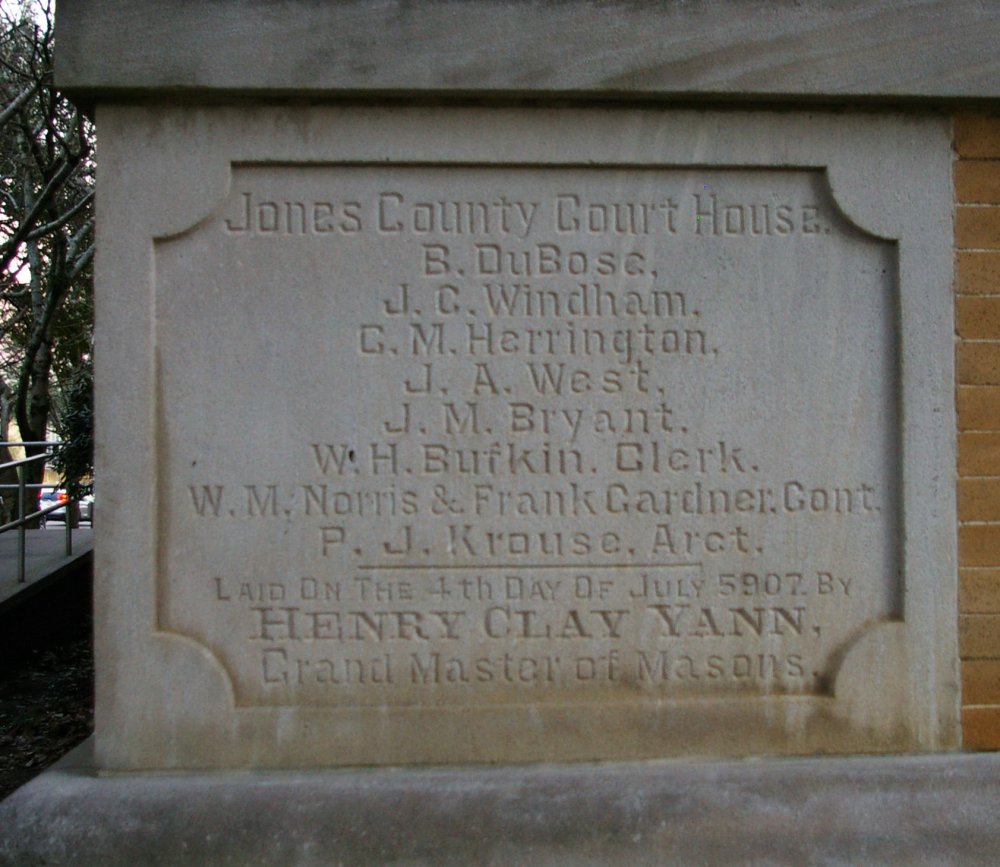