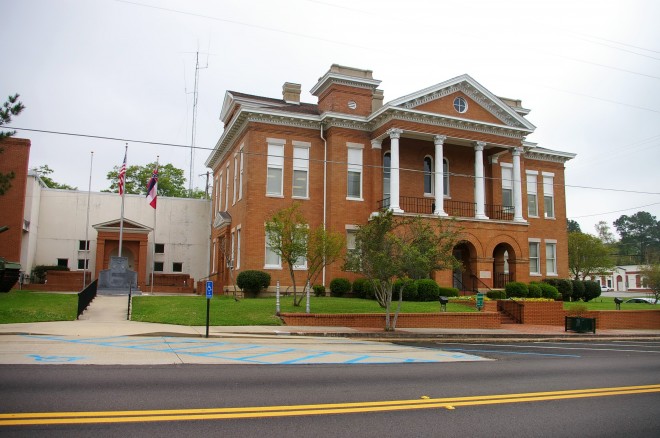 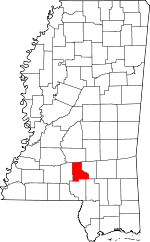 Description:  The building faces southeast and is a two story red colored brick, stone and concrete structure. The building is located on landscaped grounds in the center of Prentiss. The southeast front has a large portico with three brick arches and four white colored columns on the second story rising to a pediment at the roof line. On either side of the portico are brick towers which rise above the roof line. The building has a gabled roof. In the interior, there is a broad central corridor intersected by a narrow cross hall.  The stair consists of a paneled newel post and turned balusters. The original pressed metal ceiling remains over the staircase. The courtroom is located on the second story in the semi-circular part of the floor plan. The courtroom is fan-shaped and is two stories in height. The judge’s bench is located on a raised dais recessed into the rear wall. The dais is framed by original Corinthian pilasters and a pediment. The building houses the County Circuit Court of the 15th Judicial District, County Chancery Court, County Youth Court and County Justice Court. On the southwest side is a new addition constructed in 2005 to 2006. The architect was Watkins & Cox of McComb and the contractor was Mayrant & Associates of Jackson.

History:  The county was created in 1906 and Prentiss was selected as the county seat. The first and present courthouse was constructed in 1906 to 1907. 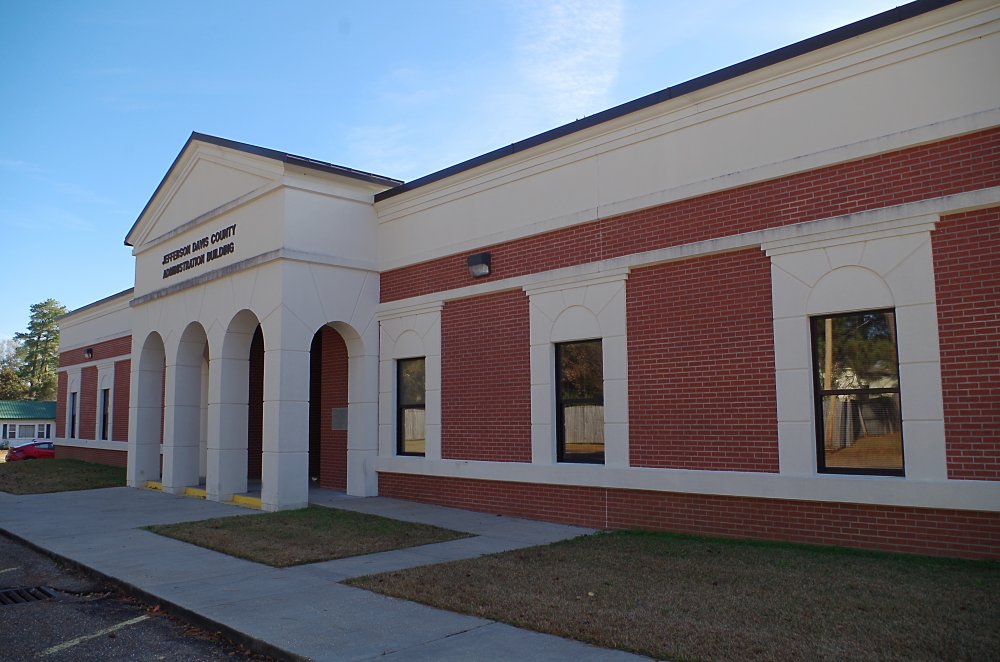 Description:  The building faces northwest and is a one story red colored brick and concrete structure. The building is located on landscaped grounds in the center of Prentiss to the east of the courthouse. The northwest front has a projecting white colored portico with three arches and one arch on each side. The windows are framed with white colored trim. The roof is flat. 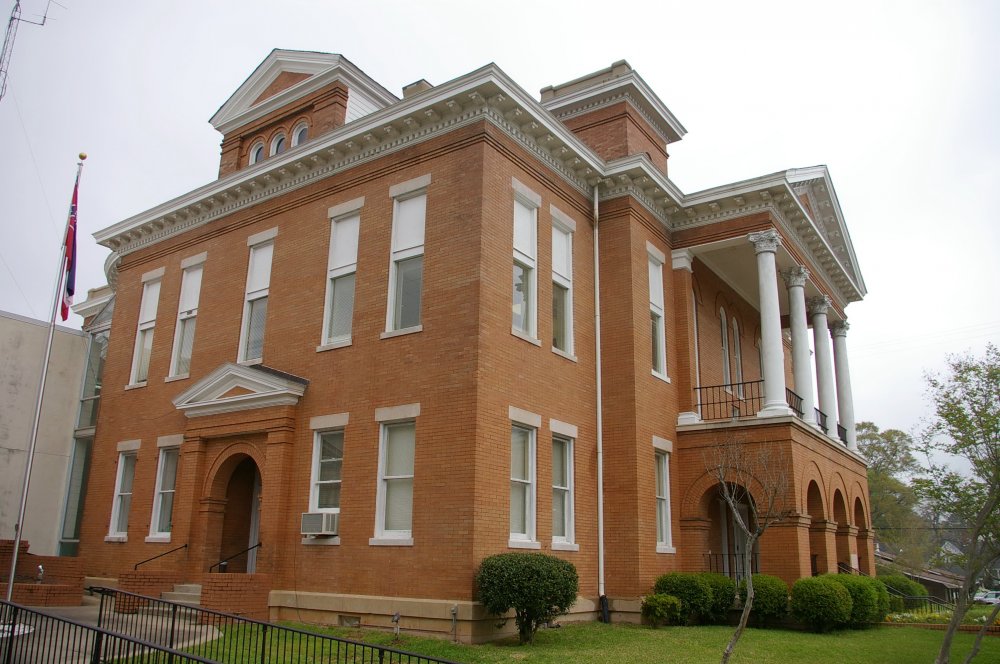 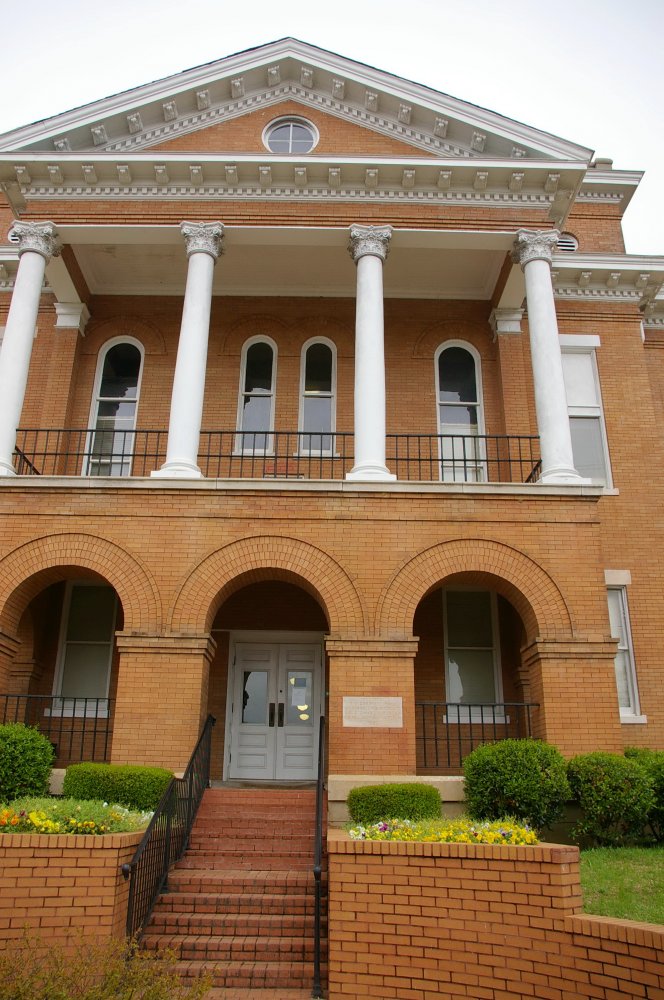 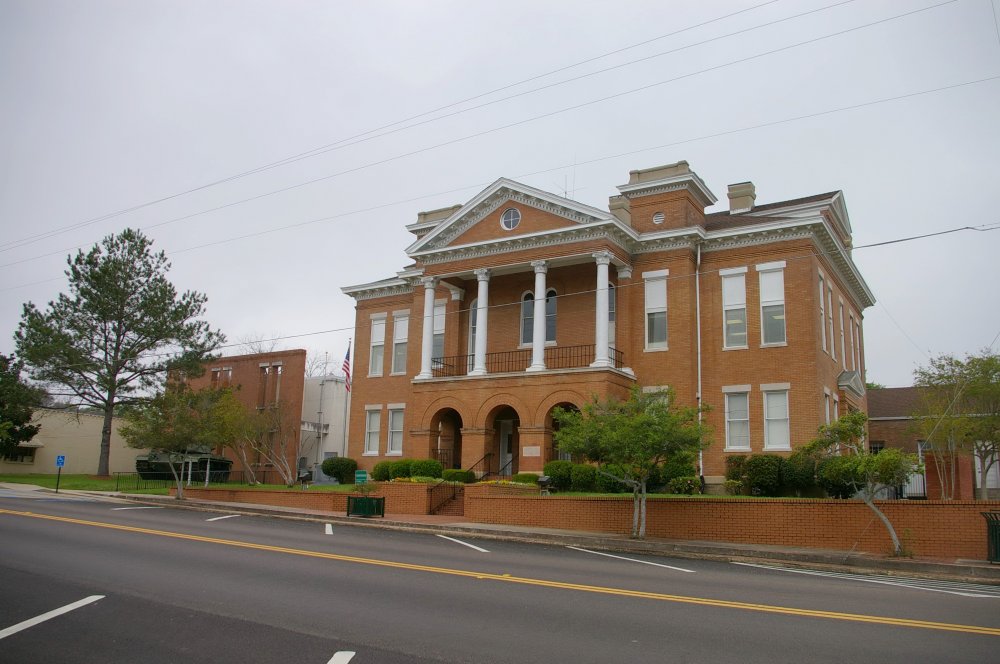 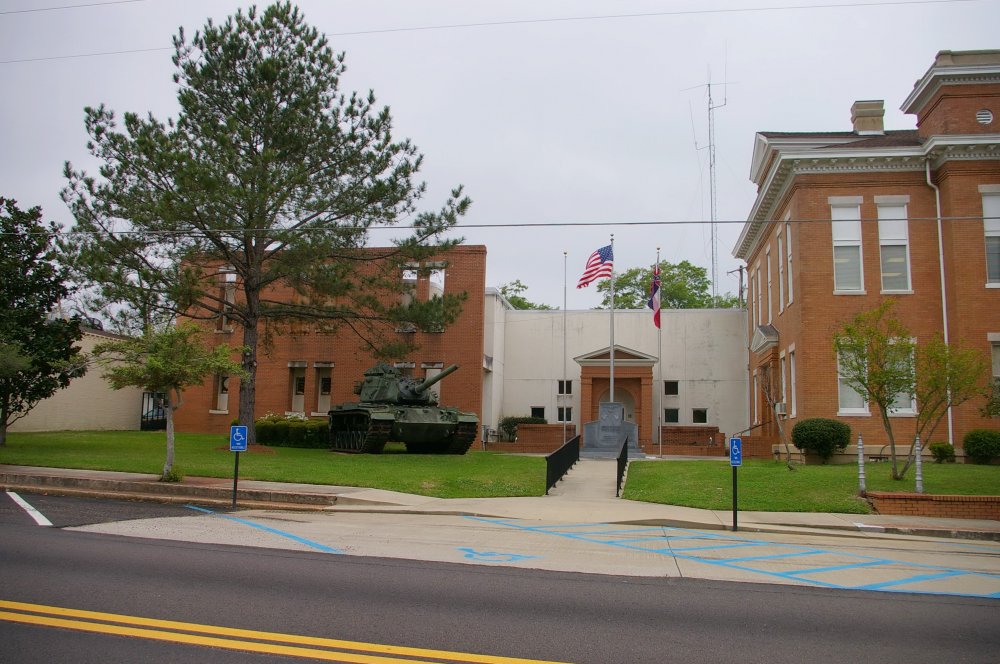 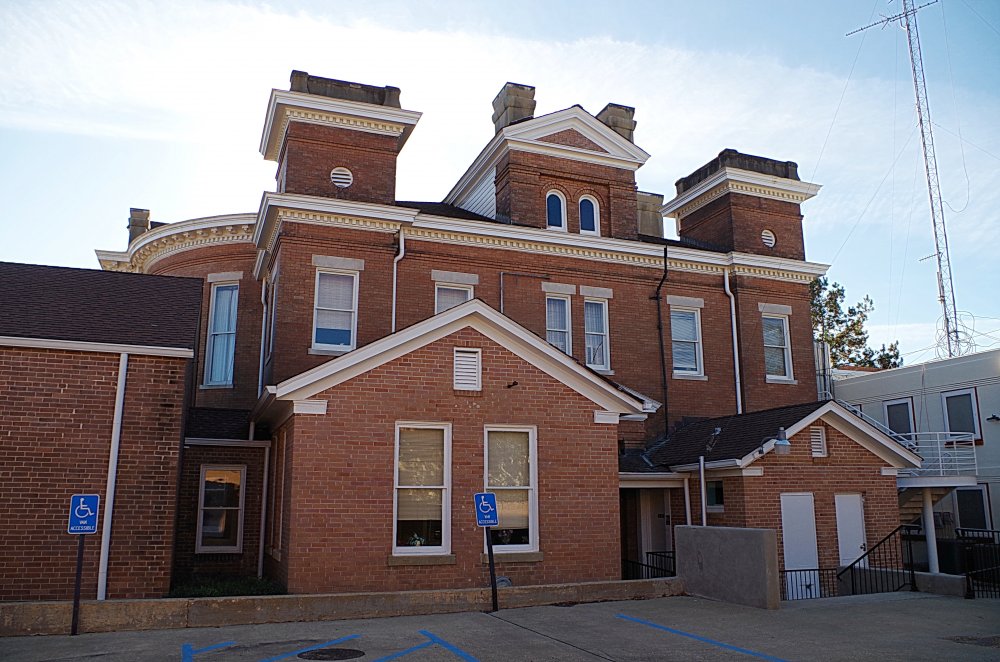 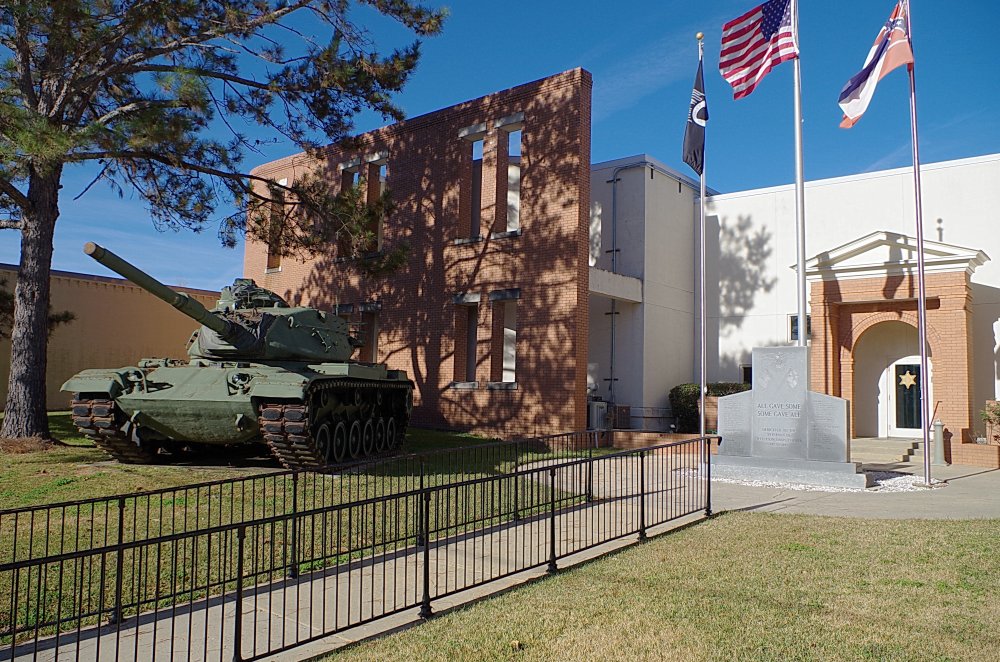 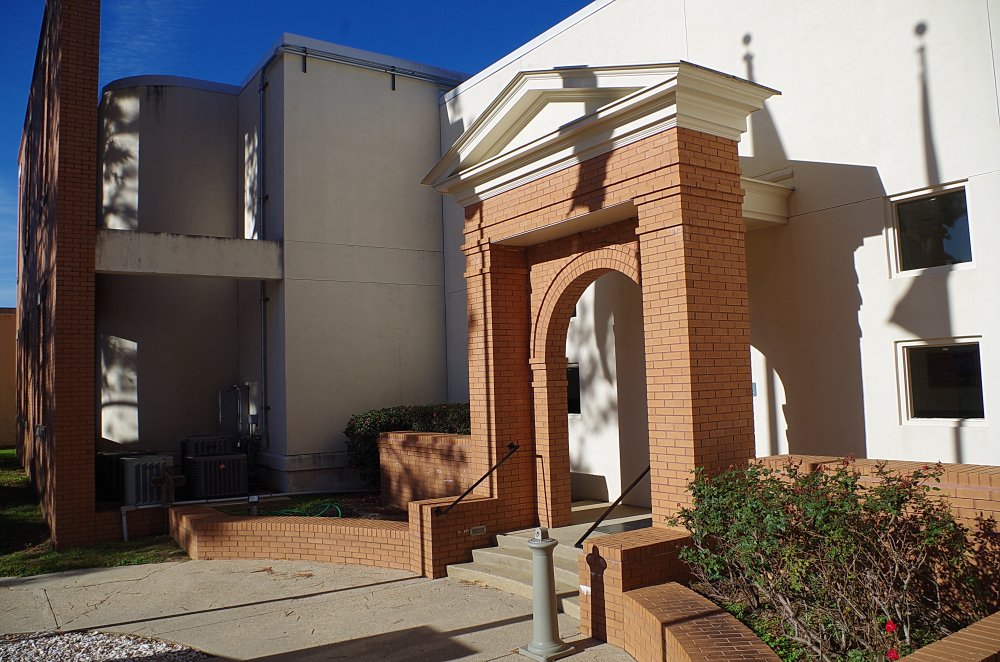 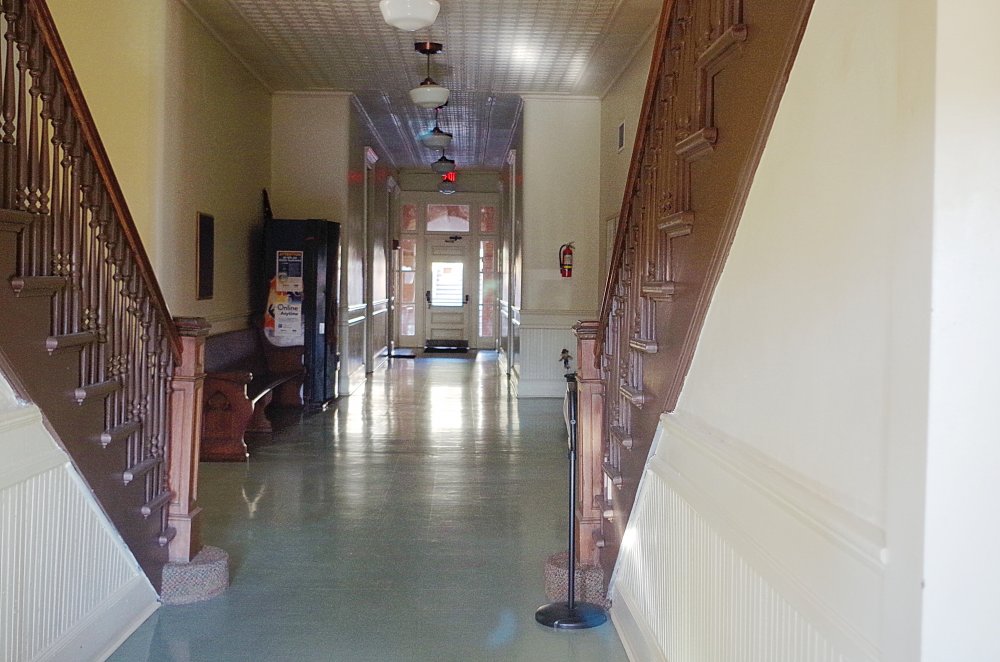 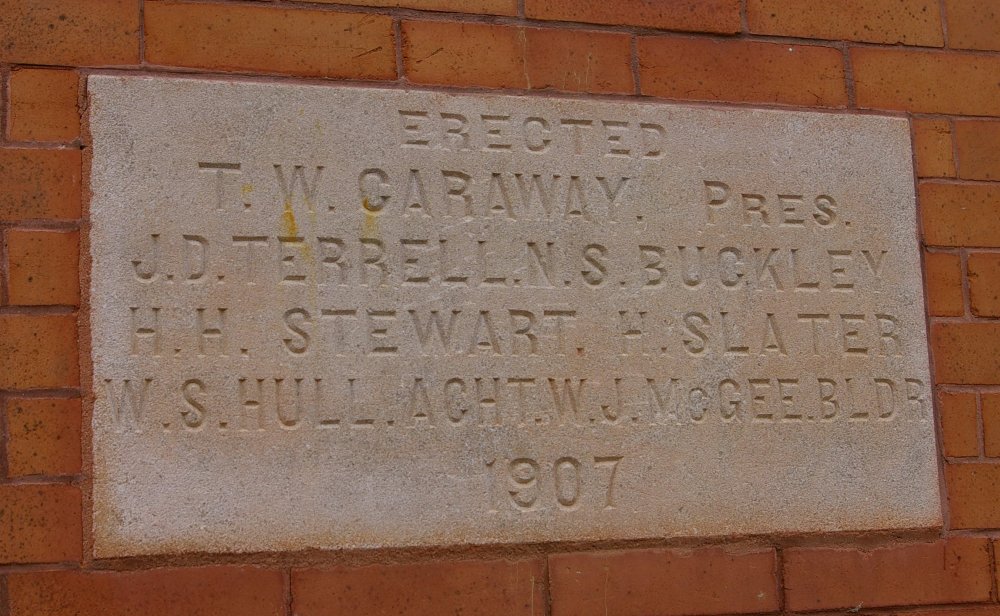 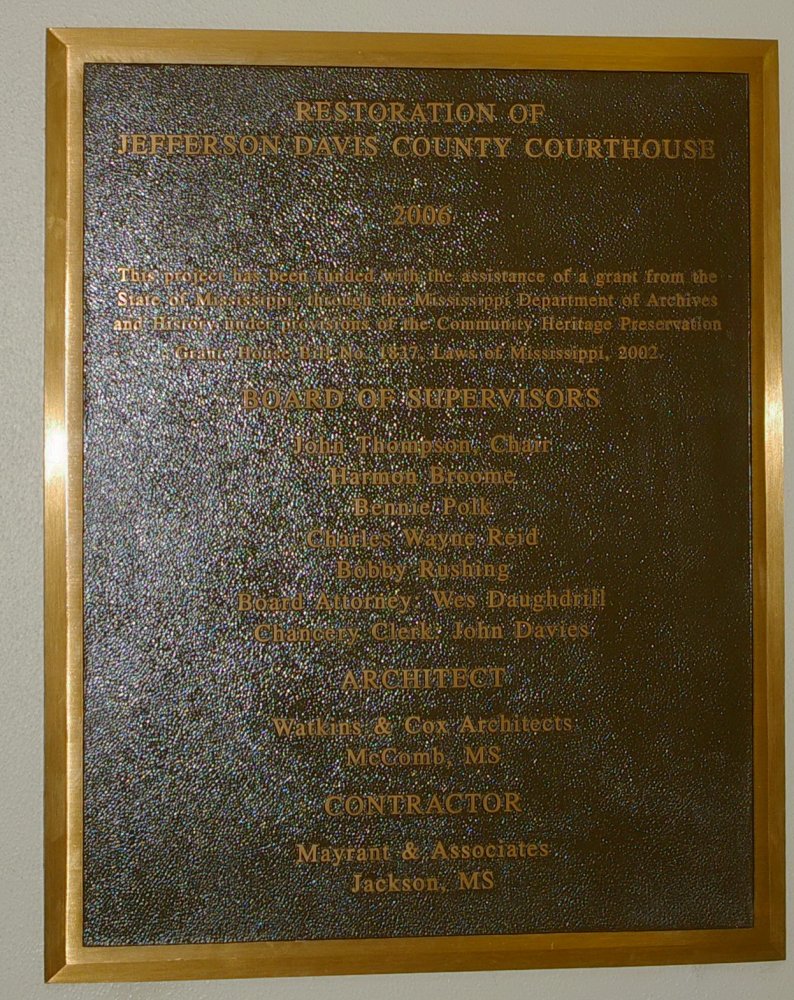 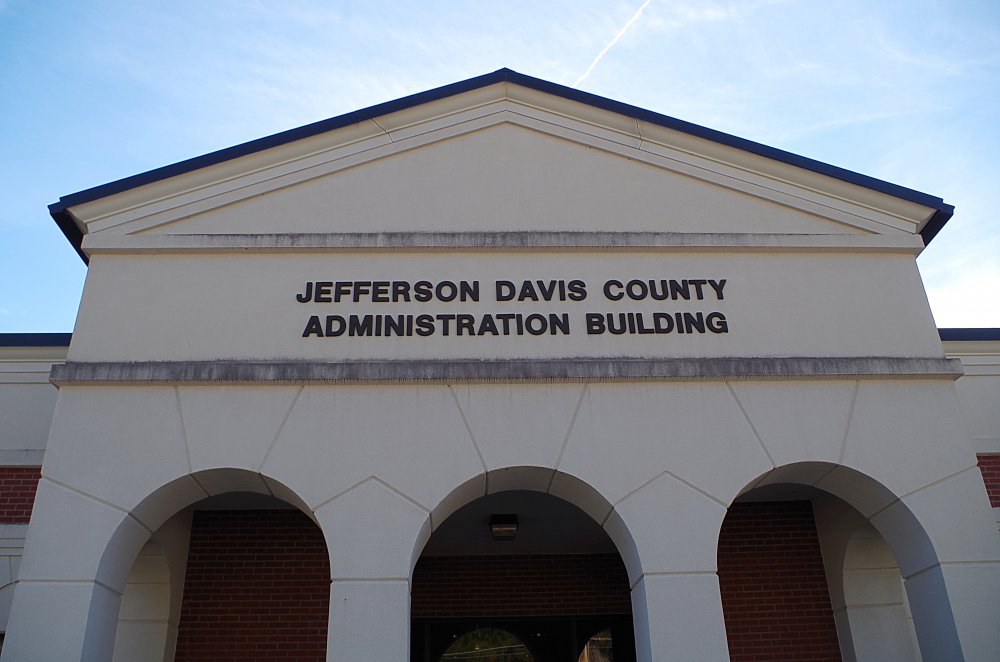 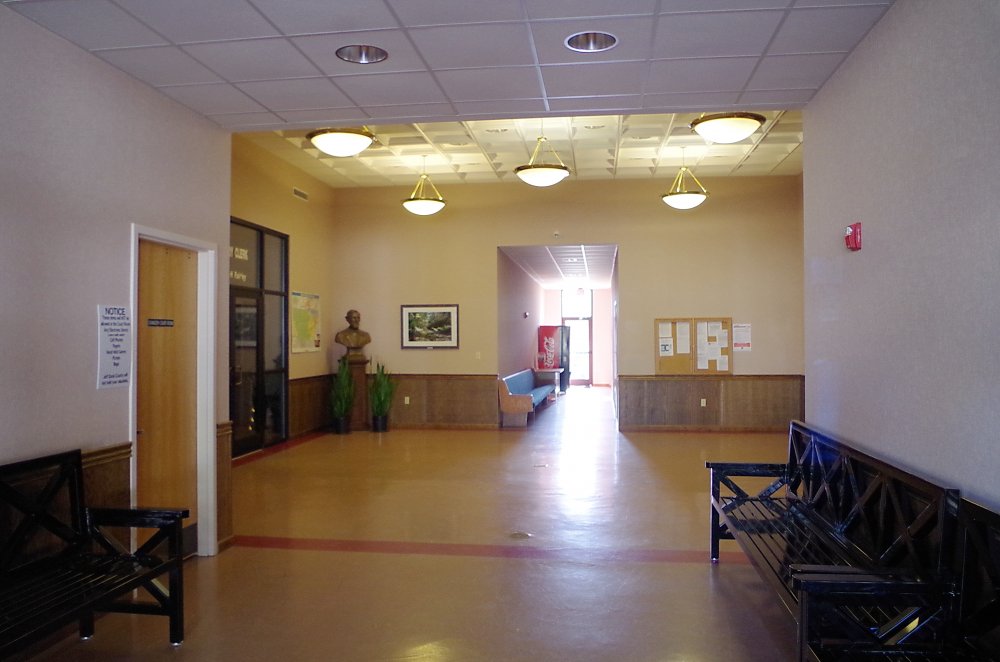 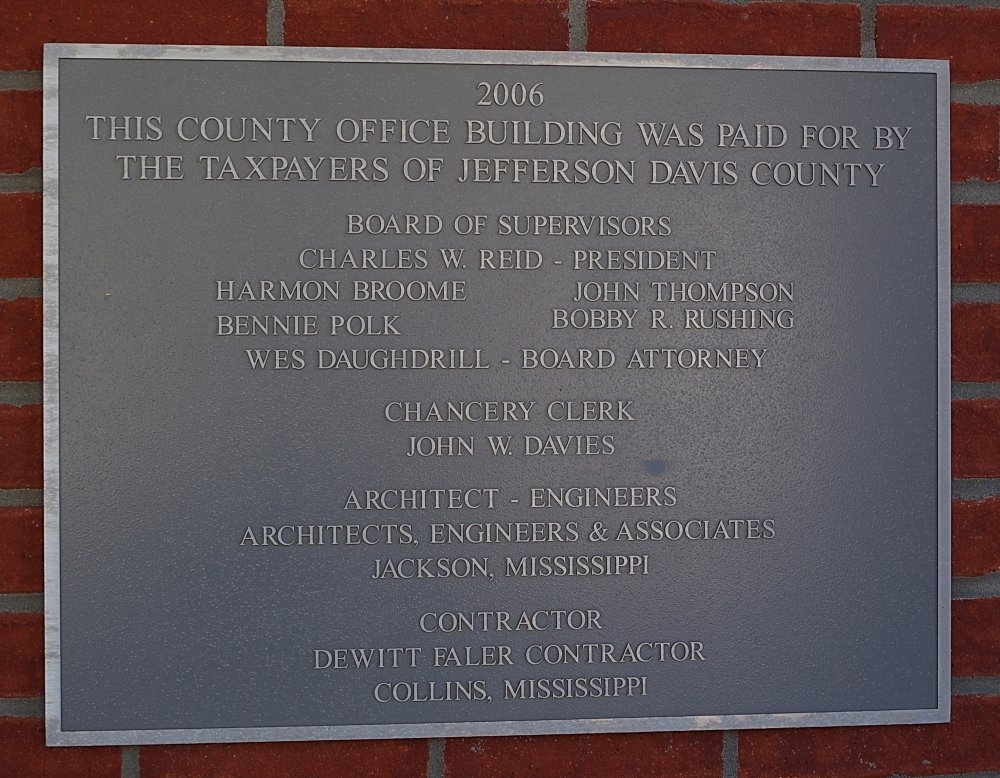