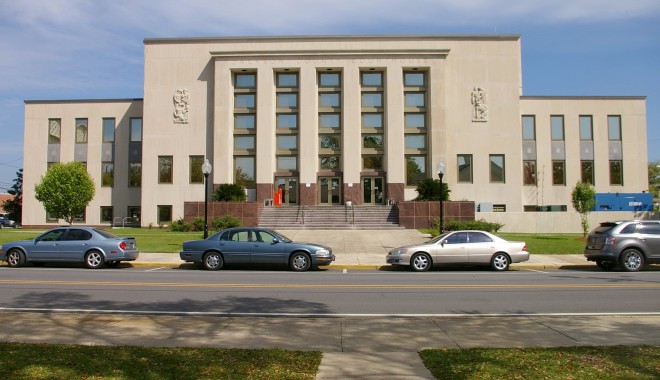 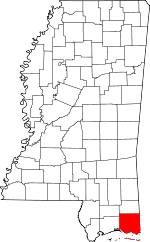 Description:  The building faces west and is a three story buff colored brick and concrete structure. The building is located on landscaped grounds in the center of Pascagoula. The west front has a projecting center section with vertical dividers between the windows and with the entrances on the first story. Bas-relief sculptures flank the simplified portico. One sculpture depicts fishermen while the other shows construction laborers, perhaps implying the change from a simple maritime economy to a more industrialized base. A north and south wing extend behind the center section. The roof line is flat. Lester C Winterton was the consulting engineer. 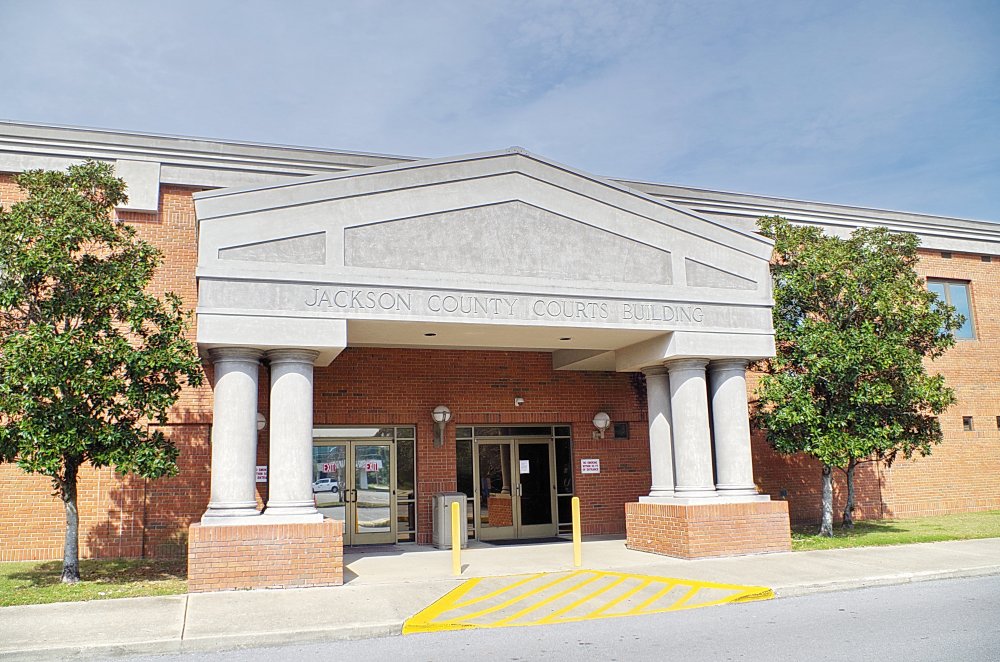 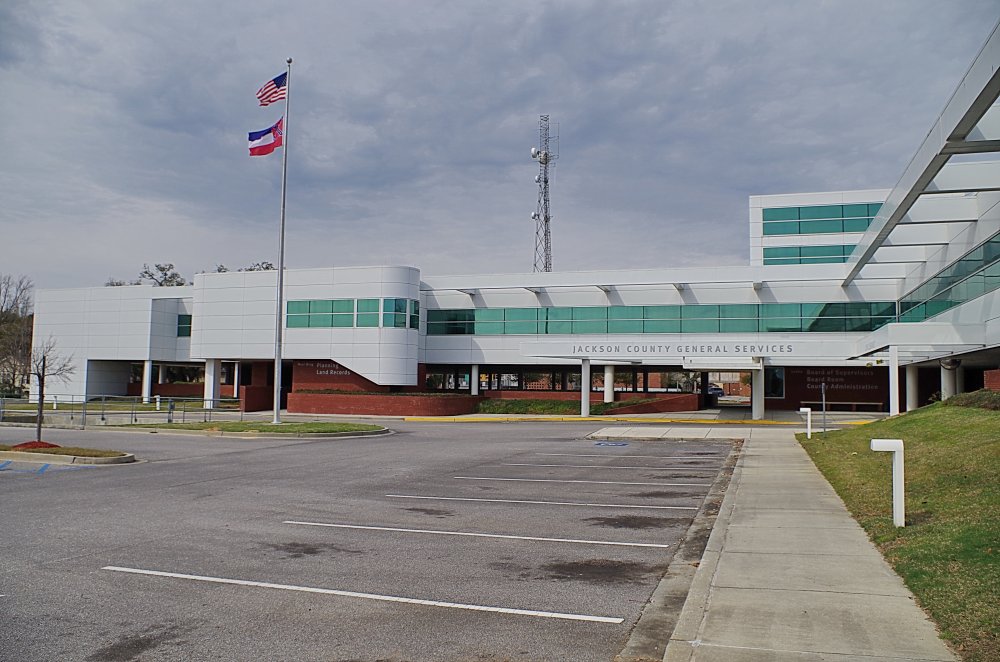 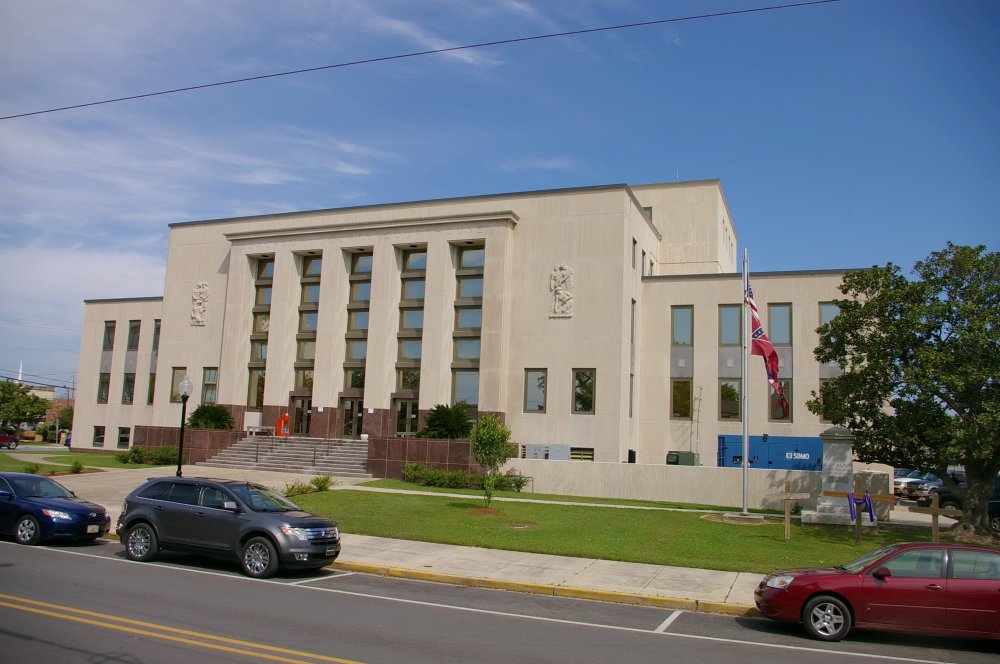 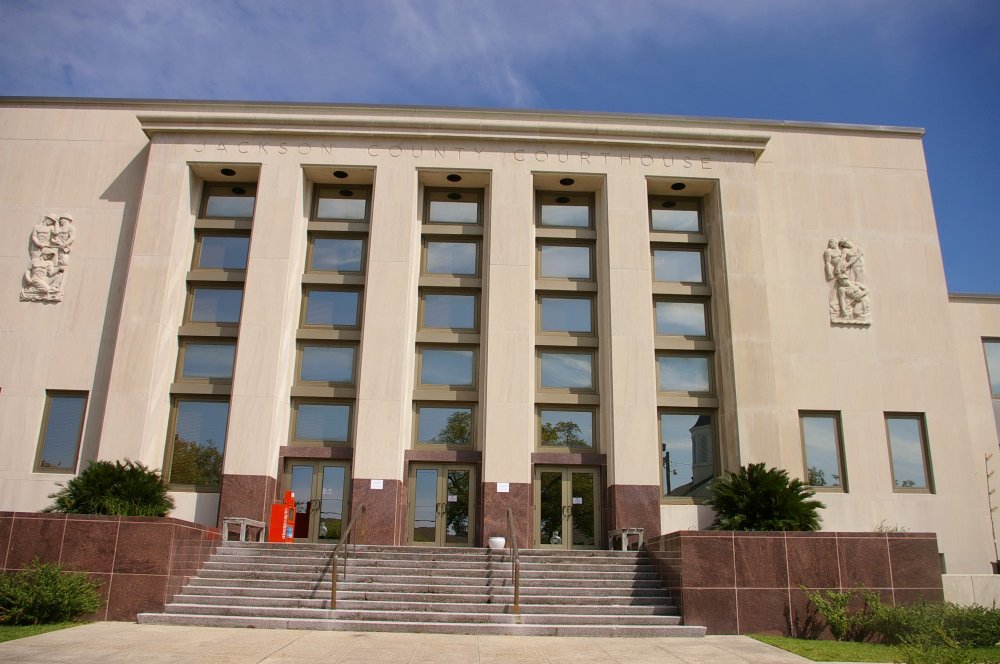 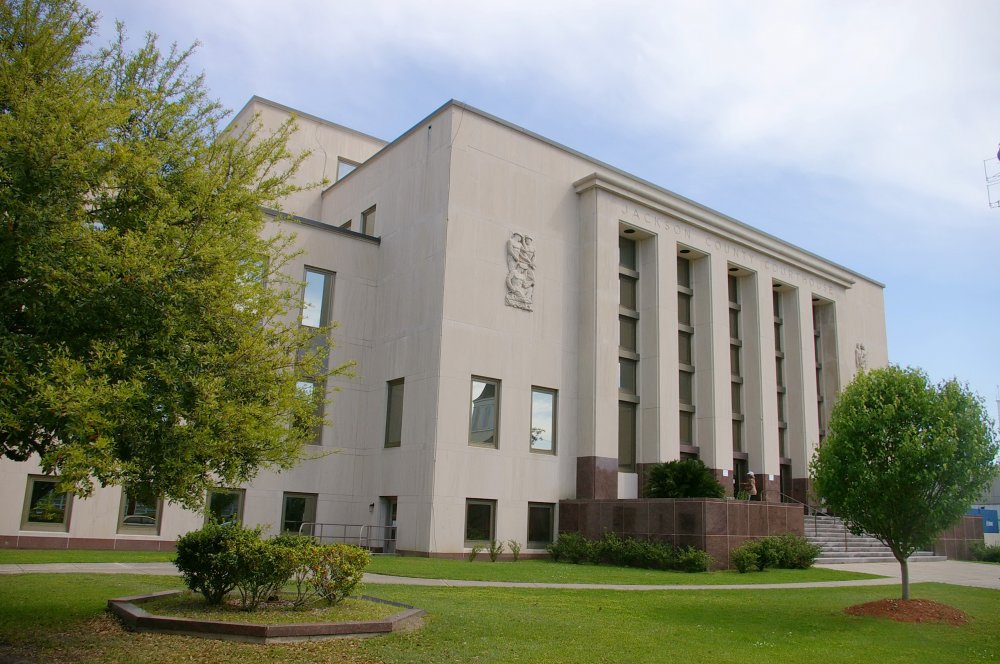 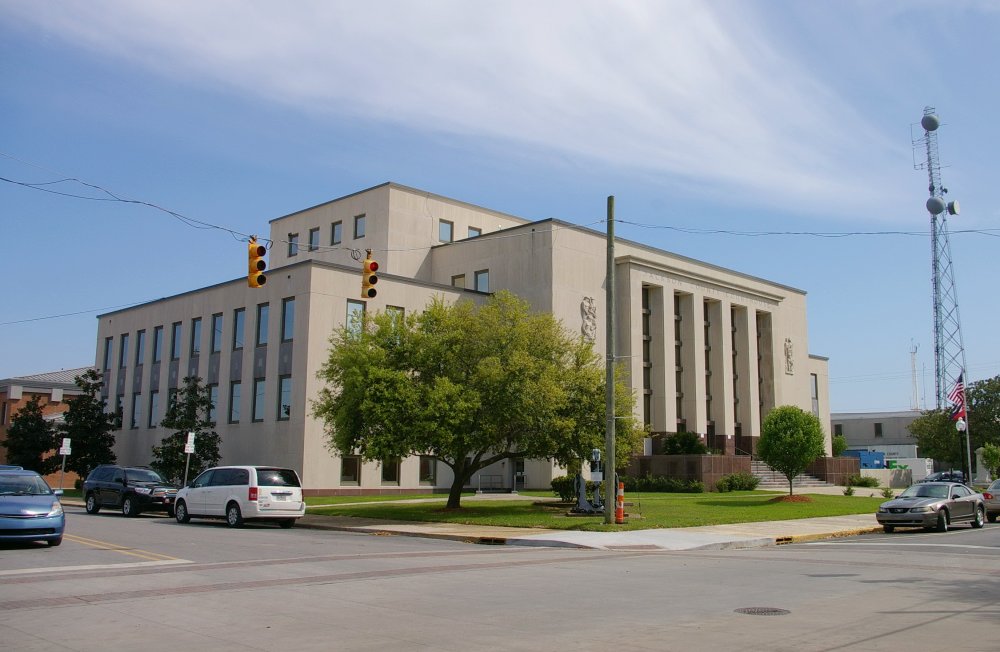 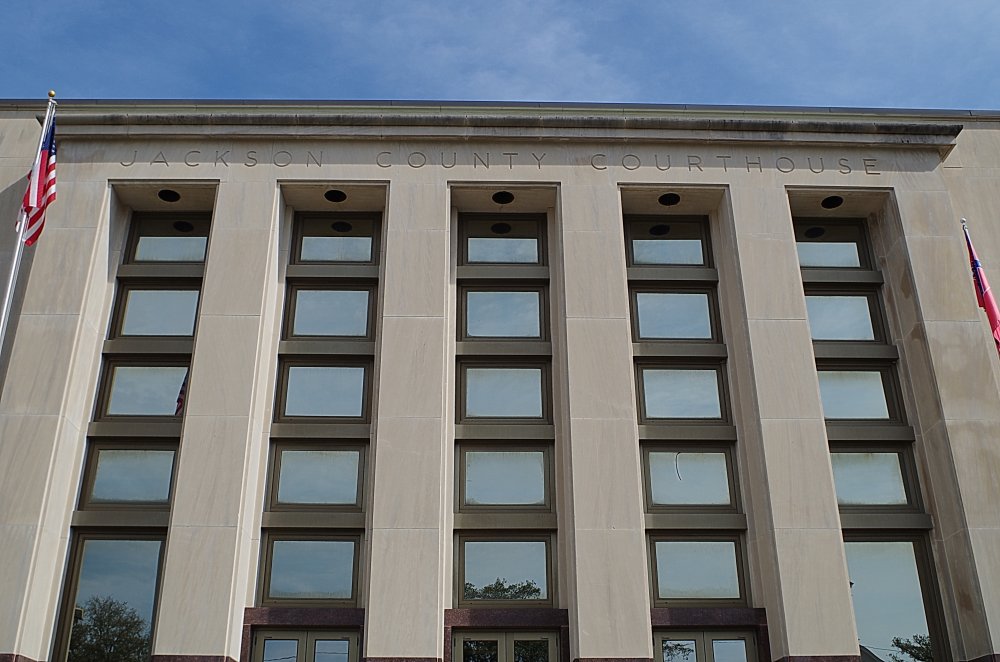 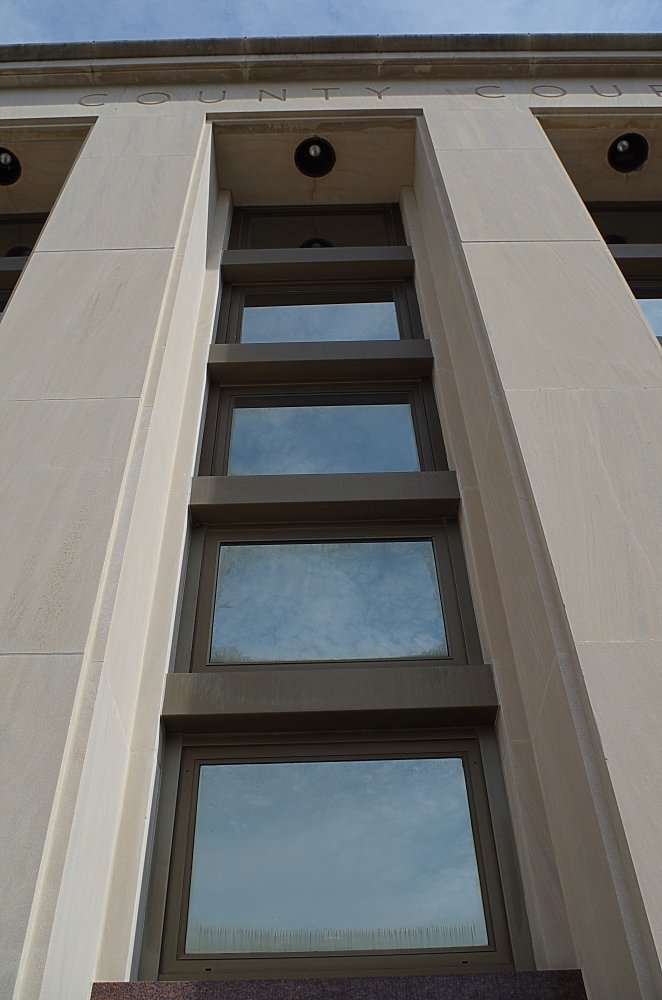 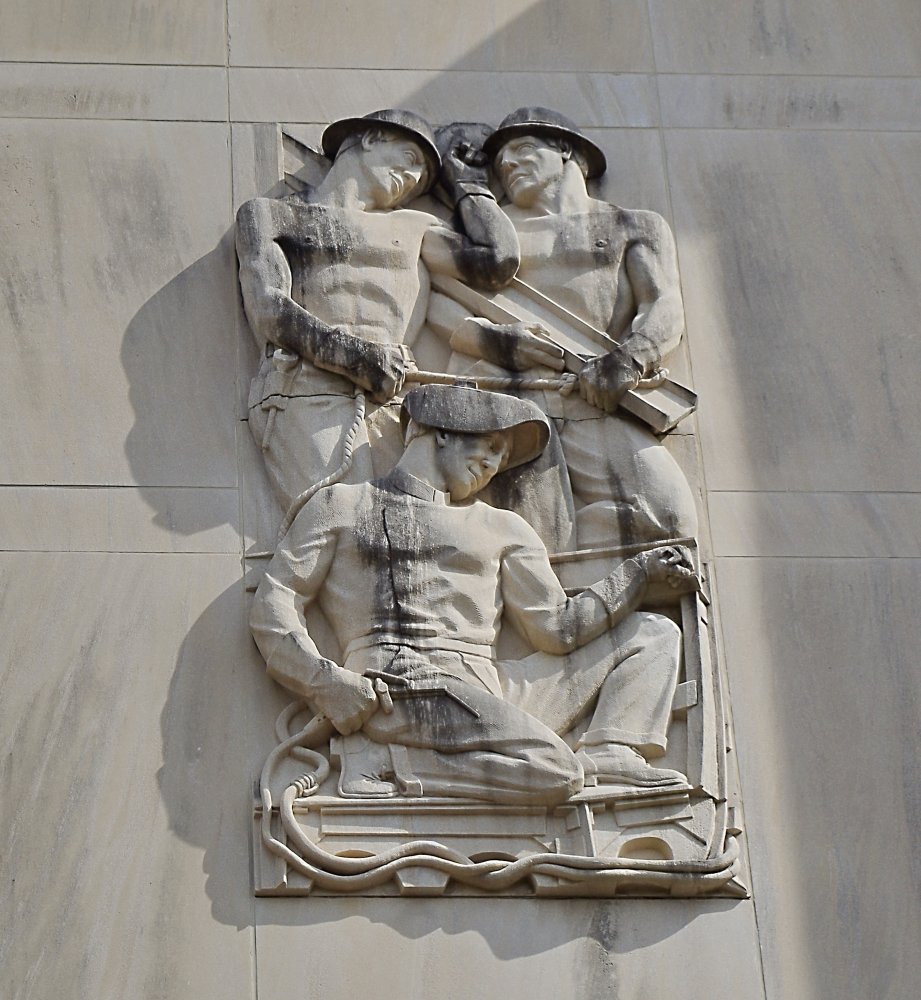 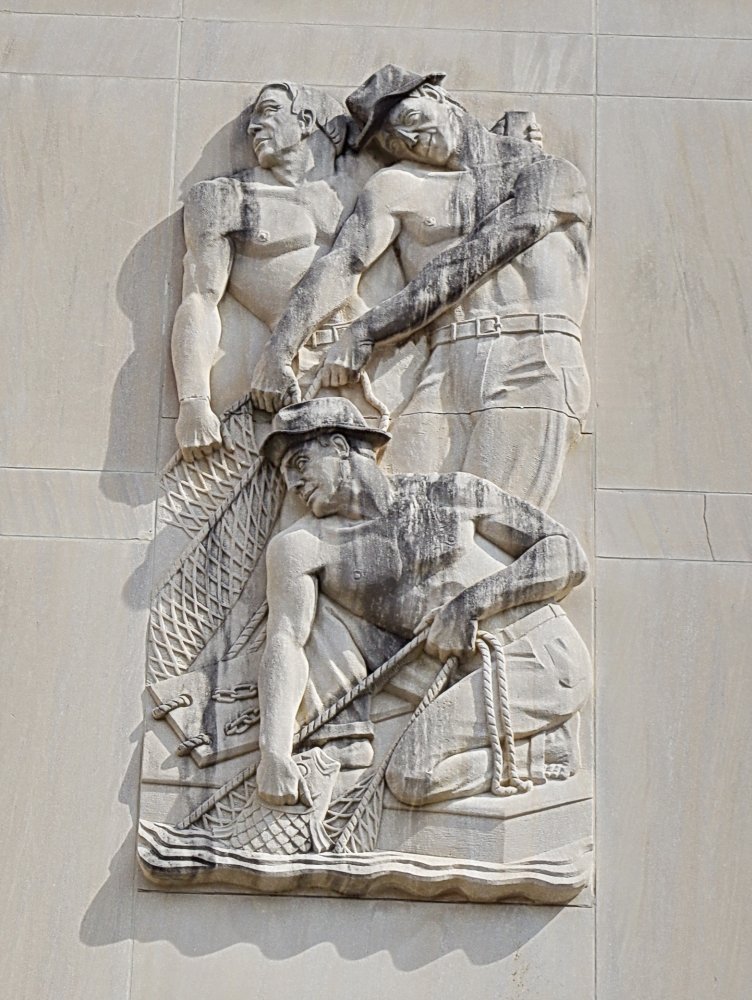 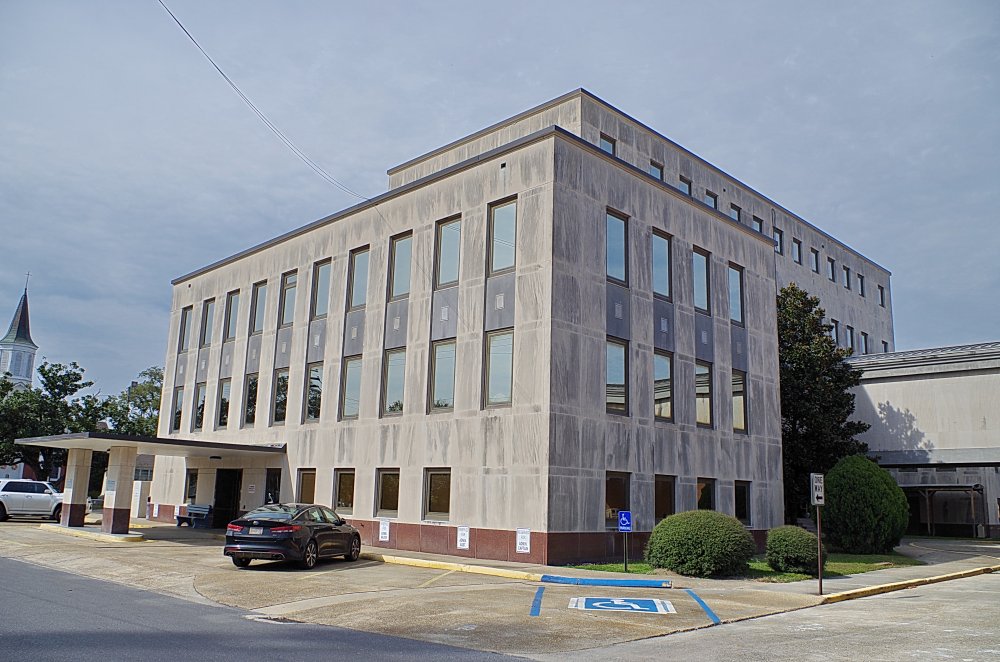