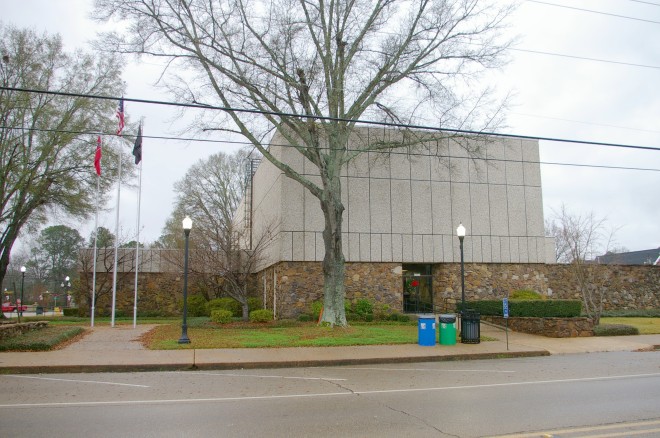 Itawamba County is named for Itawamba, who was Native American Chief. 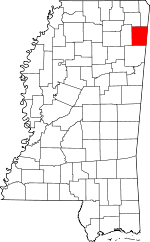 Description:  The building faces north and is a two story flagstone, concrete and stone structure. The building is located on landscaped grounds in the center of Fulton. The west front has a central entrance with flagstone on the first story and stone cladding above. On the north side, there is a one story wing with entrance. The roof line is flat. The building houses the County Circuit Court of then 1st Judicial District, County Chancery Court and County Youth Court. The architect and contractor was J J Blythe. In 1952, the building was remodeled and enlarged into an Art Deco style structure. In 1970 to 1971, the exterior of the building was substantially changed to its present style.The architect was A J Staub III and Jim W Johnson and the contractor was F L Crane & Sons. The building was renovated in 1994.

Note:  When constructed, the courthouse was a box-like Federal structure built at the same time as the Tishomingo County Courthouse in Jacinto also built by J J Blythe and still standing in Alcorn County. .

History:  The county was created in 1836 and Fulton was selected as the county seat in 1839. The county used a small storehouse in the Van Buren-Cardsville area west of the Tombigbee River as the first courthouse. In 1839, the second courthouse was a small wood structure located on the present site. The third and present courthouse was constructed in 1852 to 1854 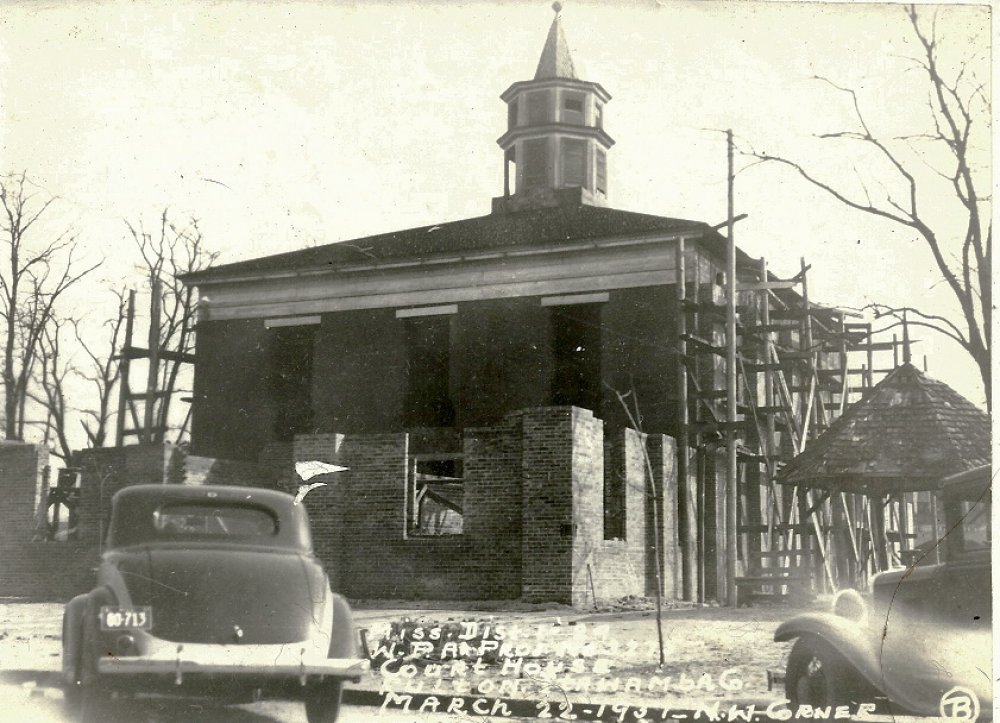 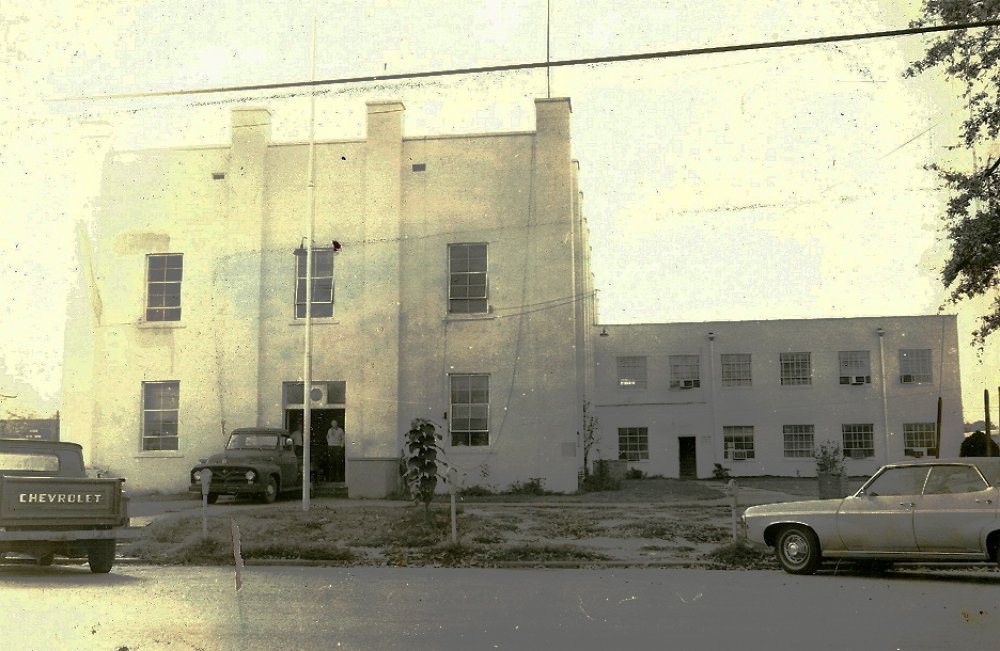 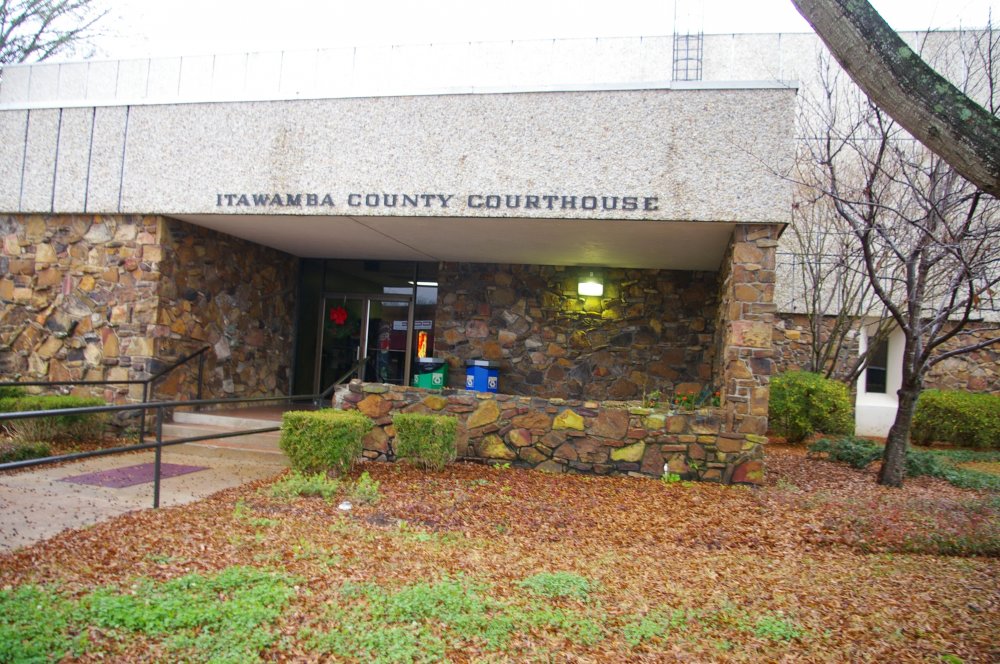 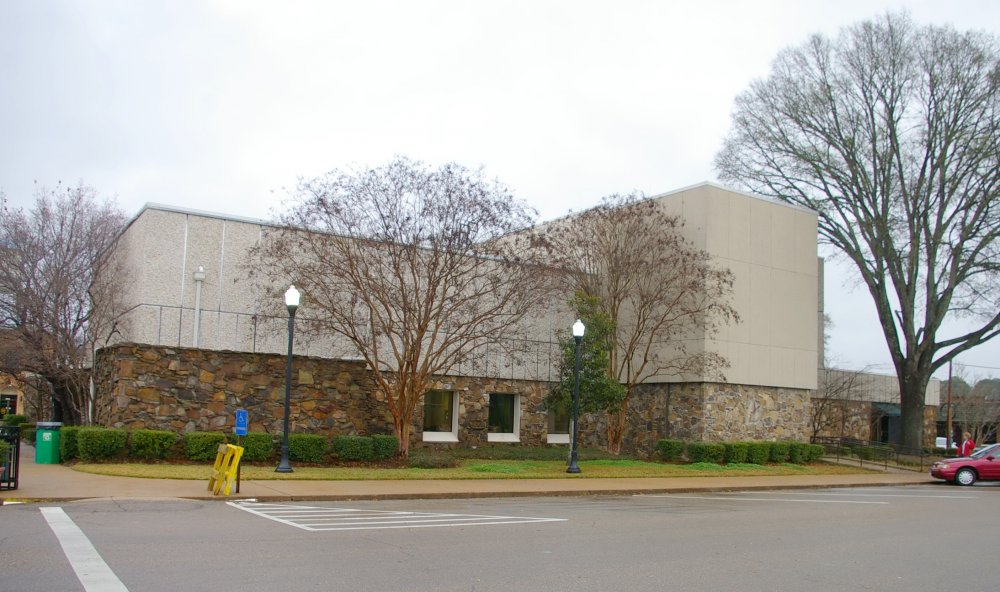 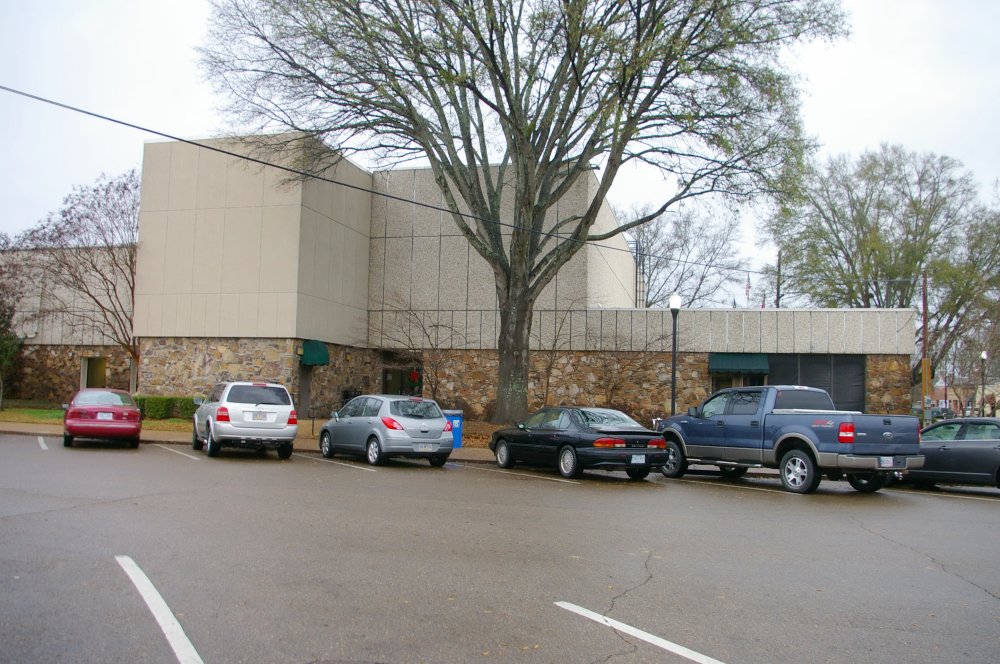 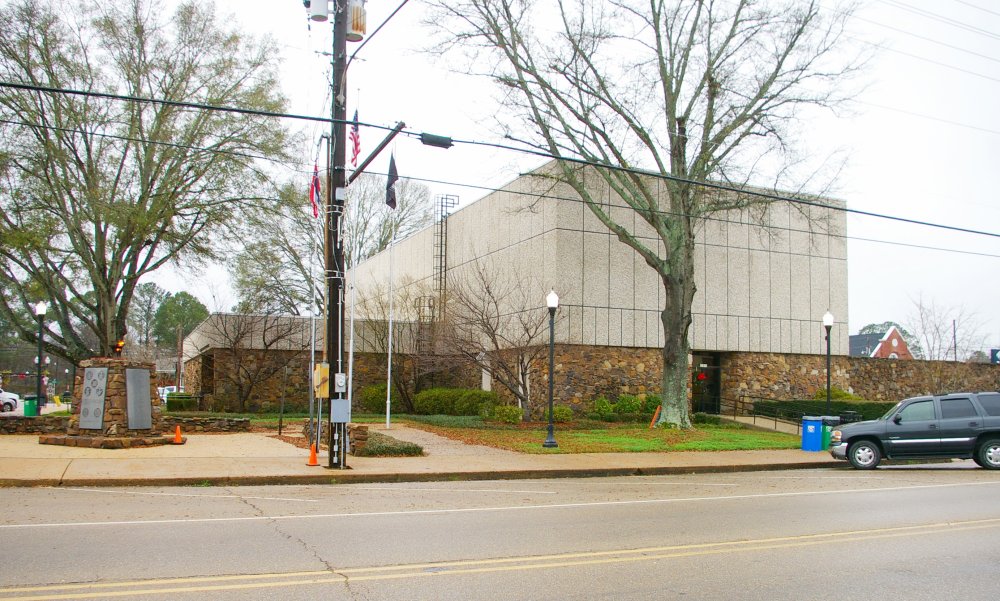 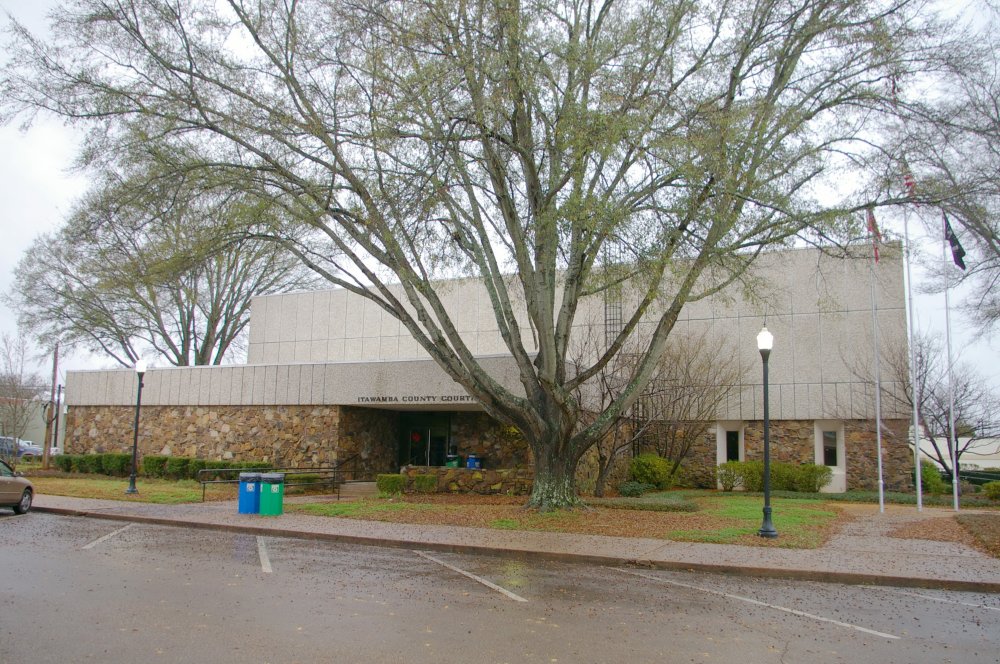 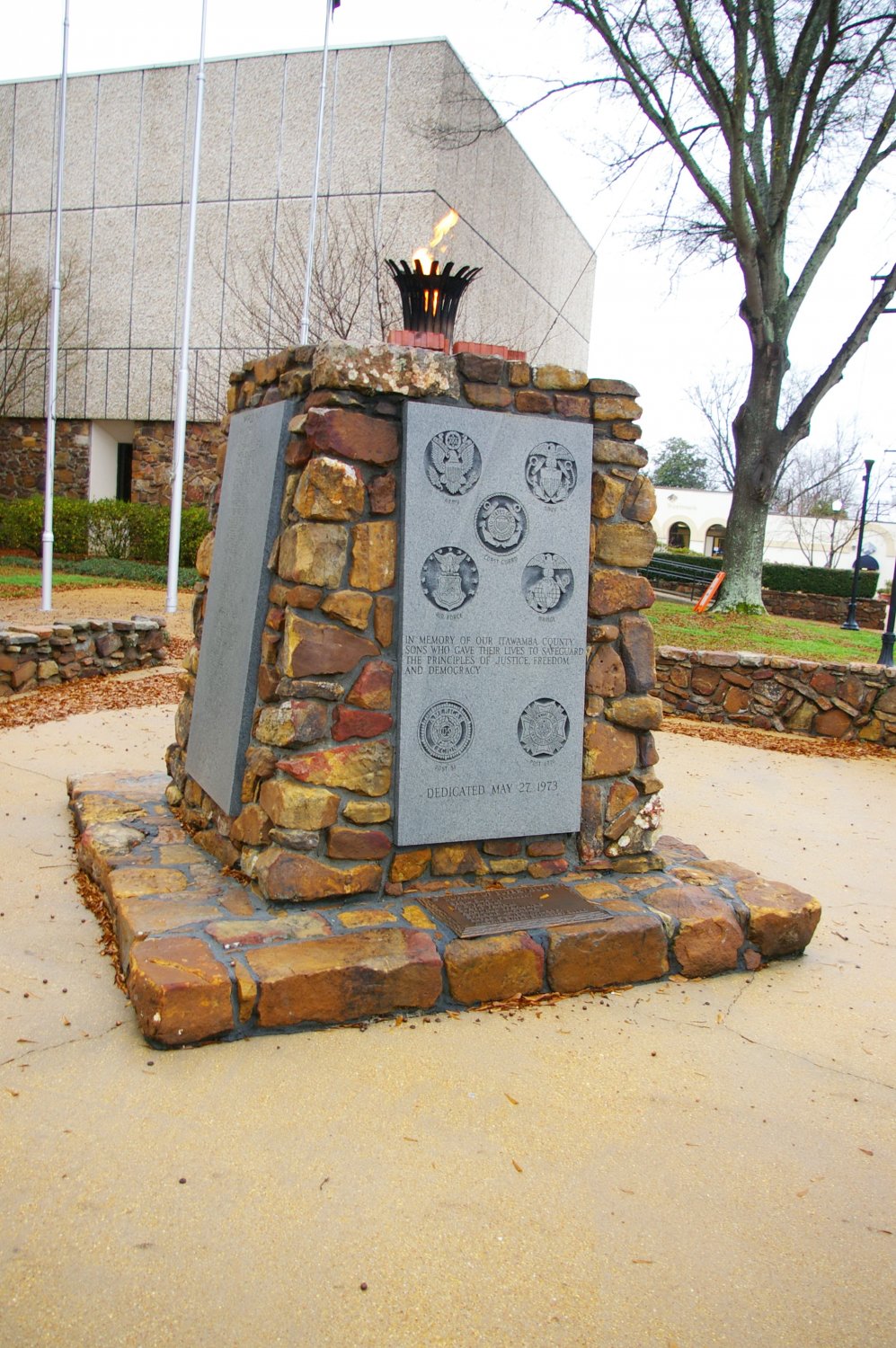 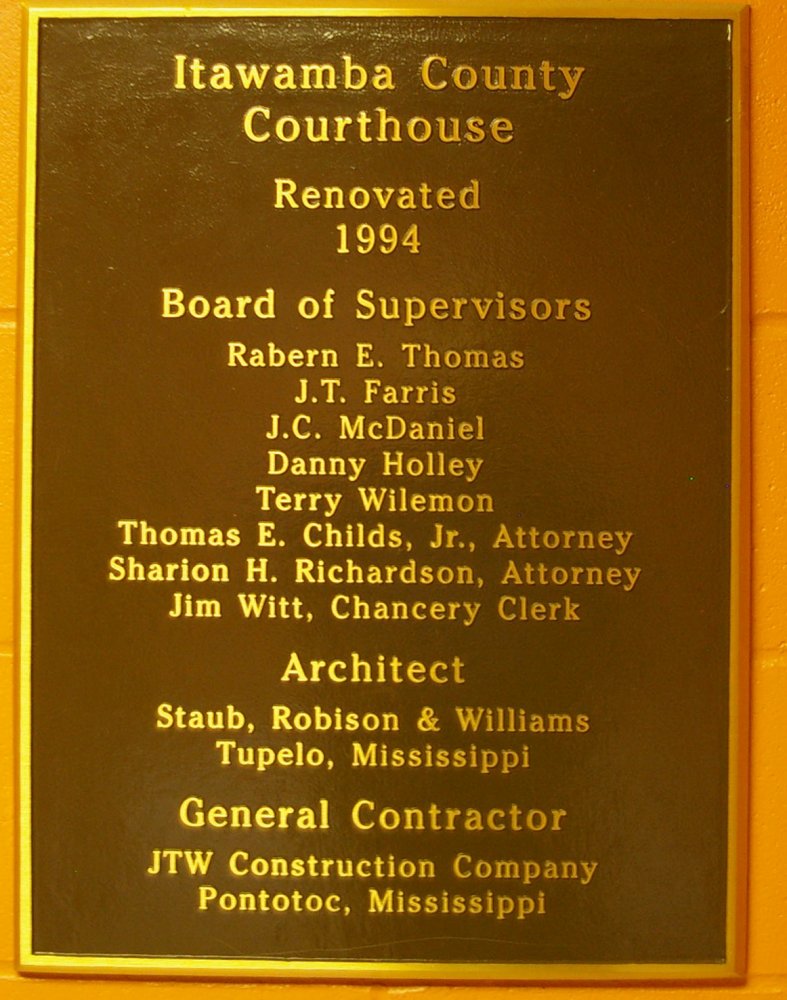