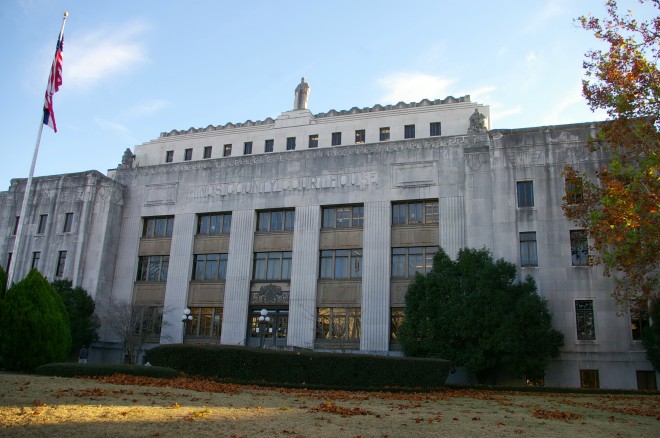 Hinds County is named for Thomas Hinds, who was a general and a hero of the Battle of New Orleans.

Description:  The building faces north and is a five story gray colored granite and limestone structure. The building is located on landscaped grounds and is an “H” shape with granite base and limestone walls. The north front has a recessed center section with vertical dividers between the windows which have dividing copper colored panels on each story. The main entrance is on the first story. The east and west section project from the main building. The fifth story is recessed with a large statue of Moses at the roof line. Sculpted figures, include giant likenesses of “Moses, the giver of the Law” and “Socrates, the interpreter of the law,” both carved by Fred M. Torrey, of Midway Studios in Chicago. The building was renovated in 1987 to 1988. The architect was Canizaro, Trigiani Architects and Eley Associates / Architects and the contractor was Dunn Construction Company.

Note:  The previous courthouse was designed by William S Hull and constructed by T C Thompson & Brothers in 1902. 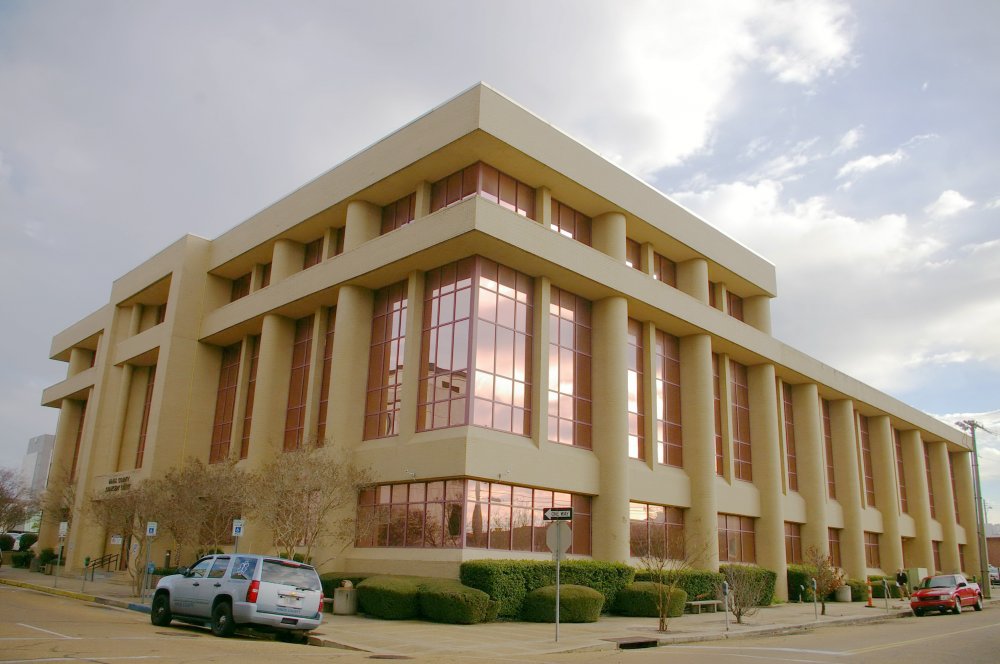 Description:  The building faces west and is a four story buff colored brick, concrete and glass structure. The west front has a central entrance on the first story. Vertical pillars rise on either side of the entrance with large glass panels on the second and third stories. There is a recessed glass panel on the fourth story with header at the roof line. Around the building are vertical pillars dividing the window panels. The fourth story extends east for one-third of the length of the building. The roof line is flat. In 1987 to 1990, the building was renovated and an addition added. The architect was Godfrey, Bassett and Kuykendall Ltd. And the contractor was C E Frazier Construction Company, Inc

See:  The Mississippi Supreme Court and Court of Appeals is located in Jackson.

See:  The other County Courthouse is located at Raymond. 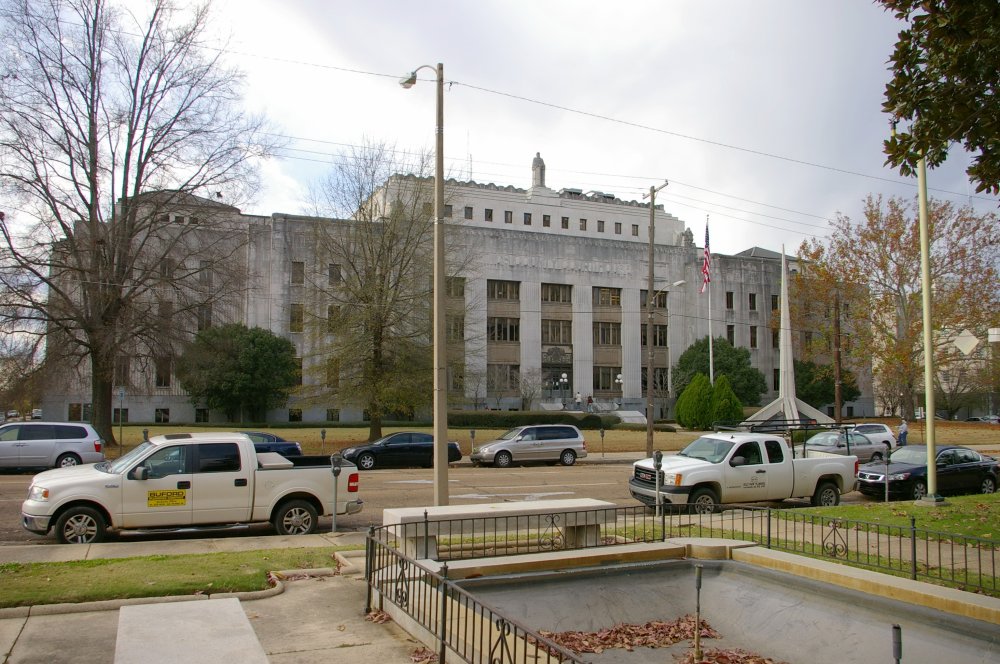 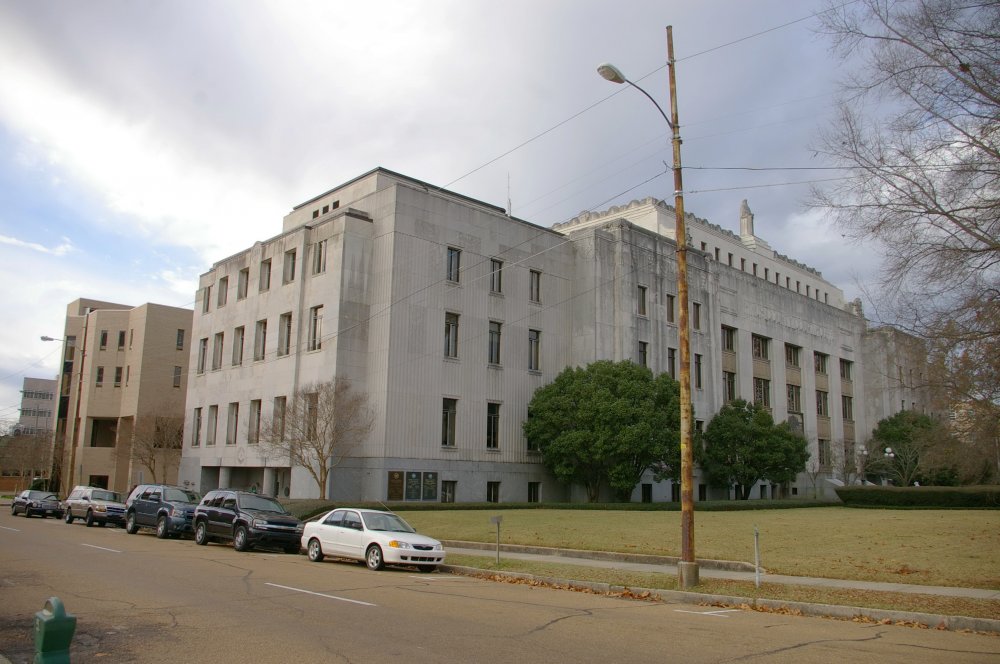 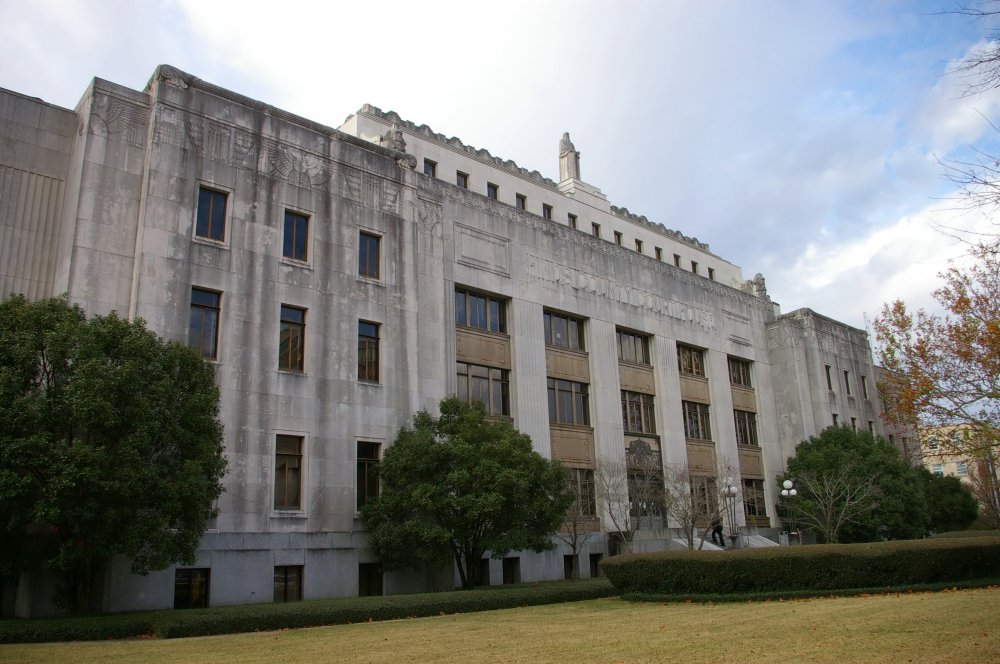 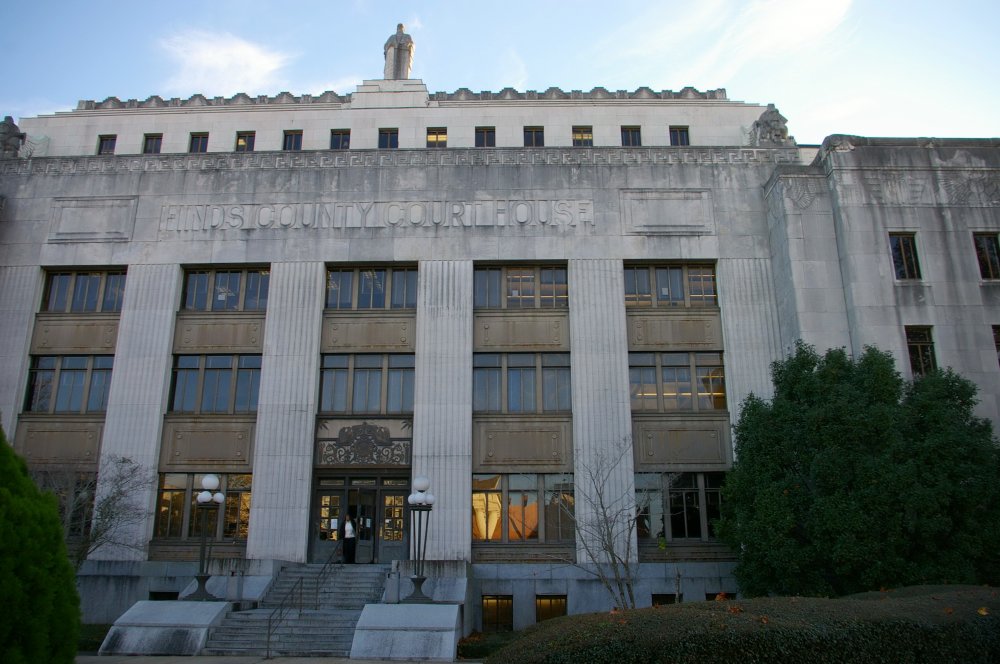 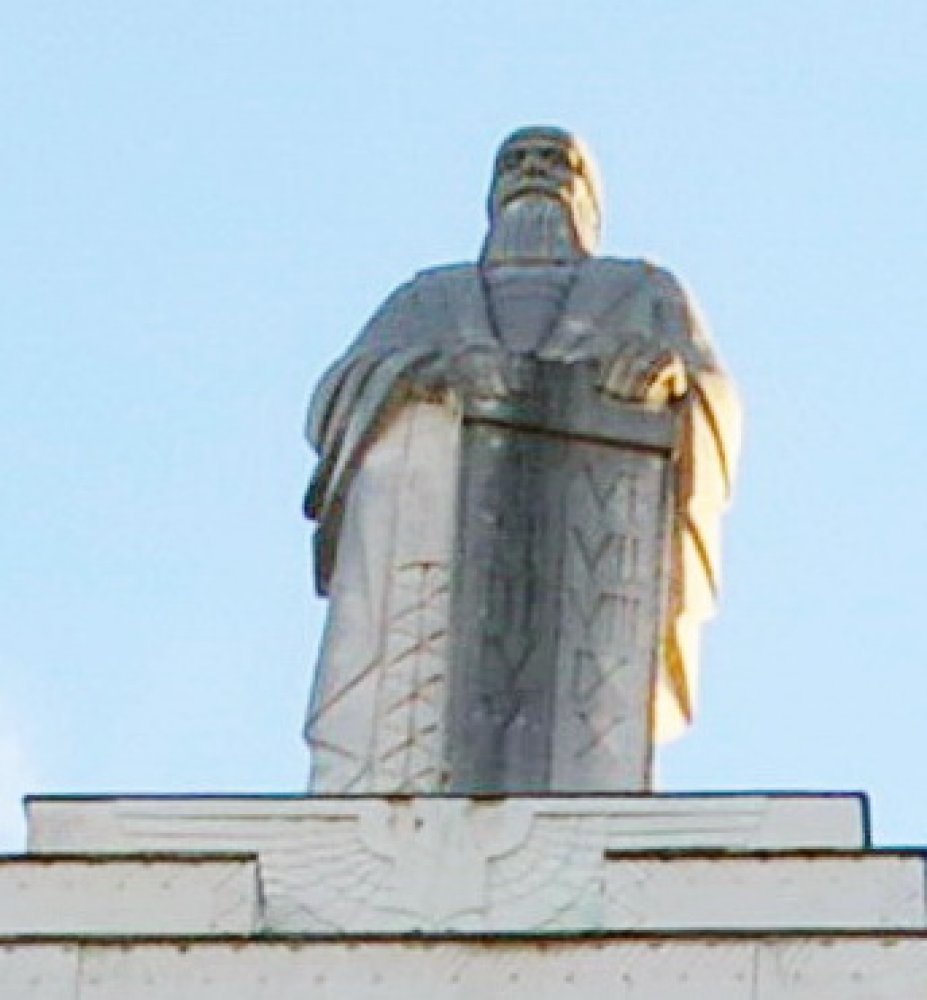 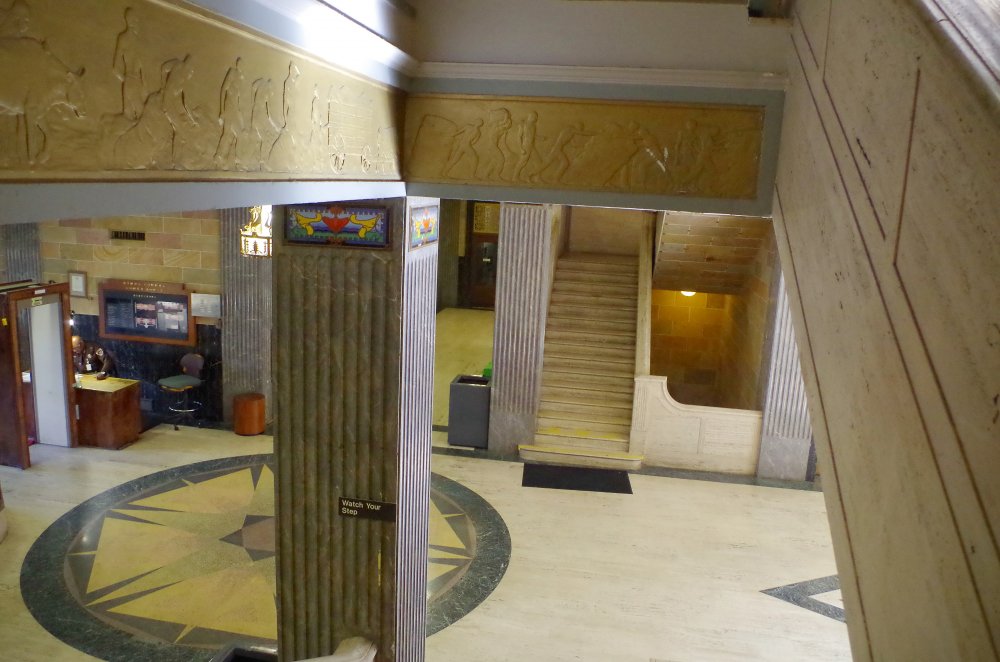 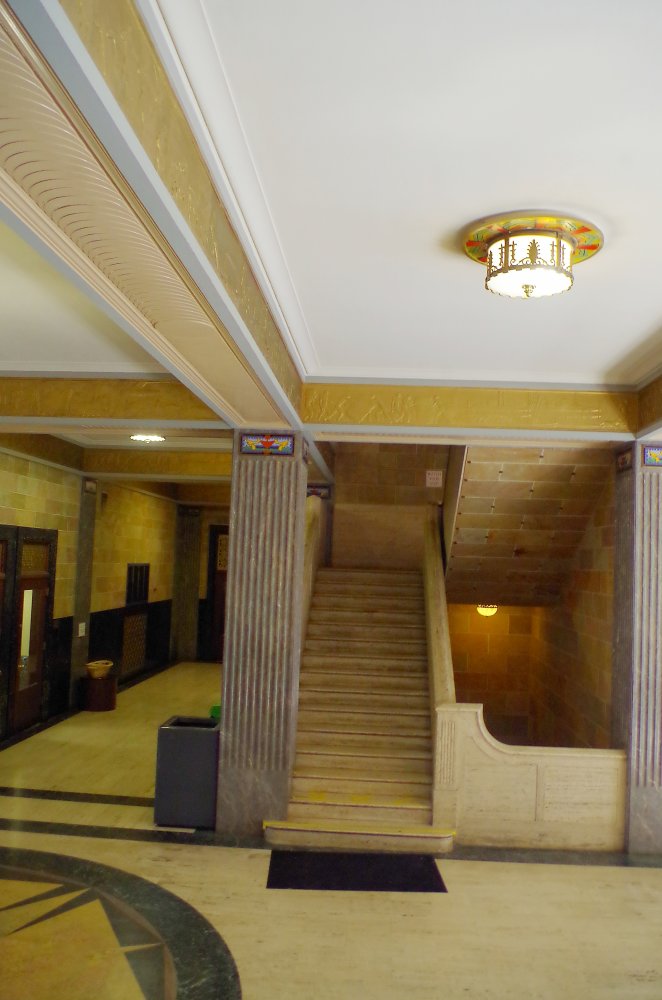 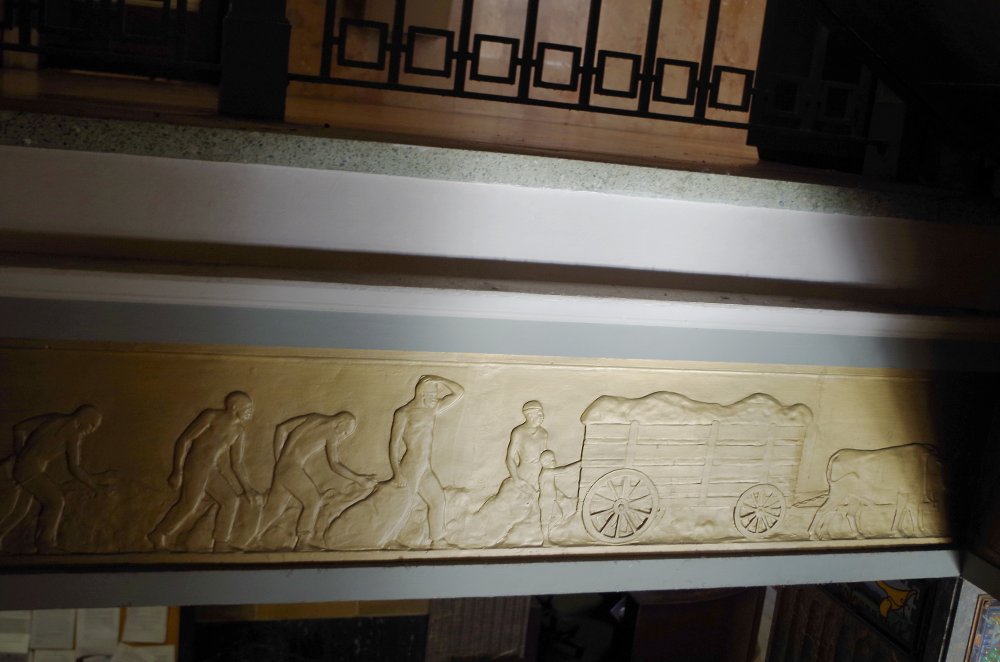 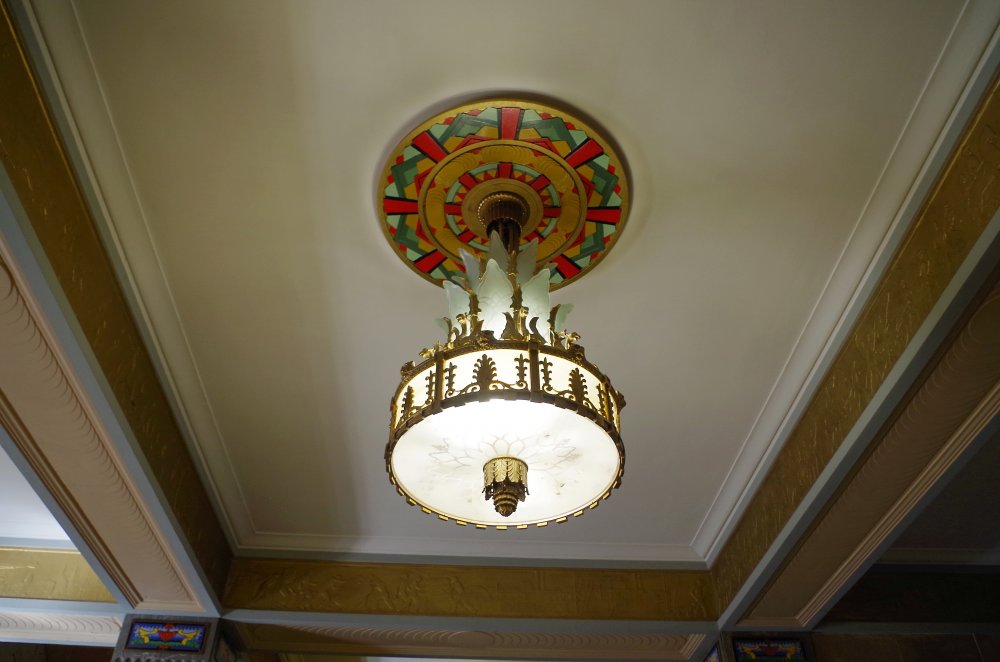 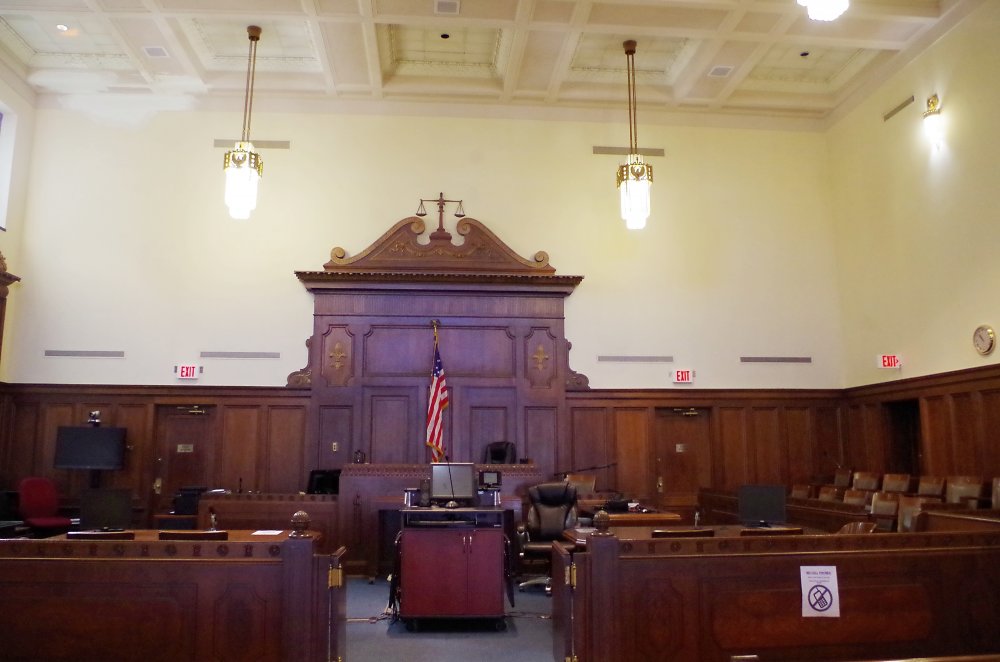 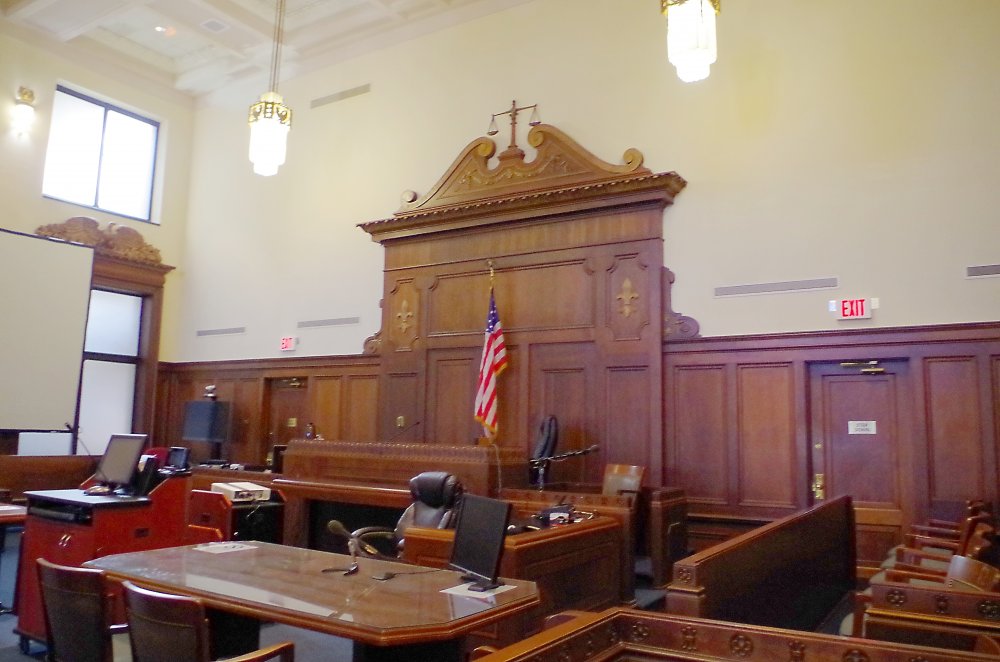 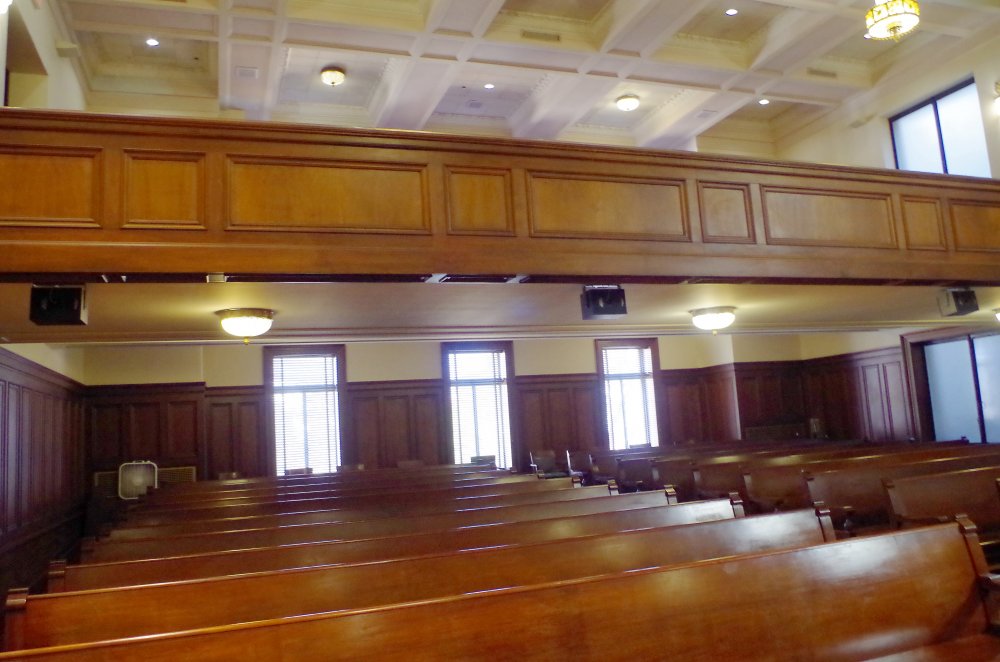 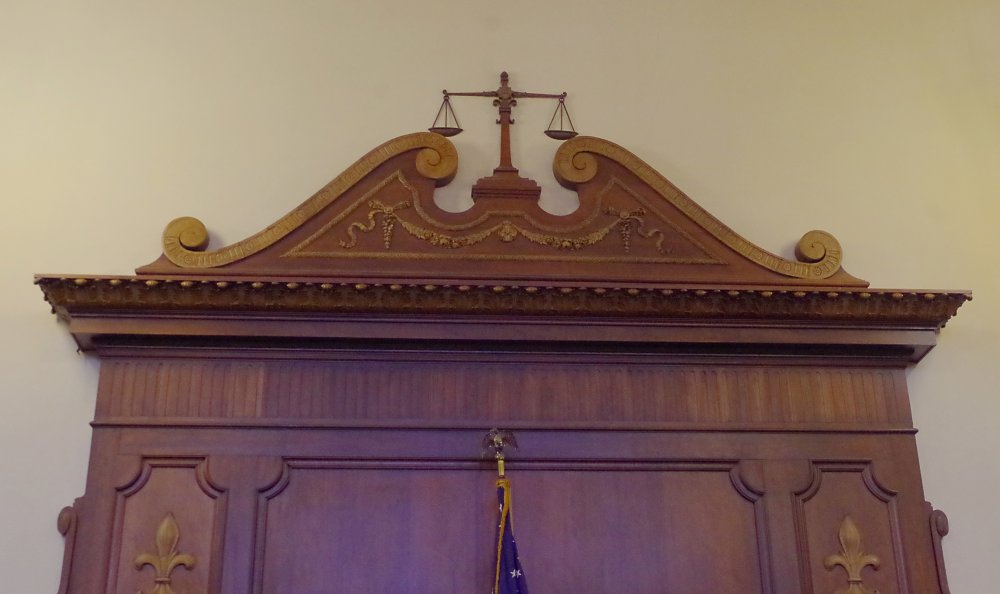 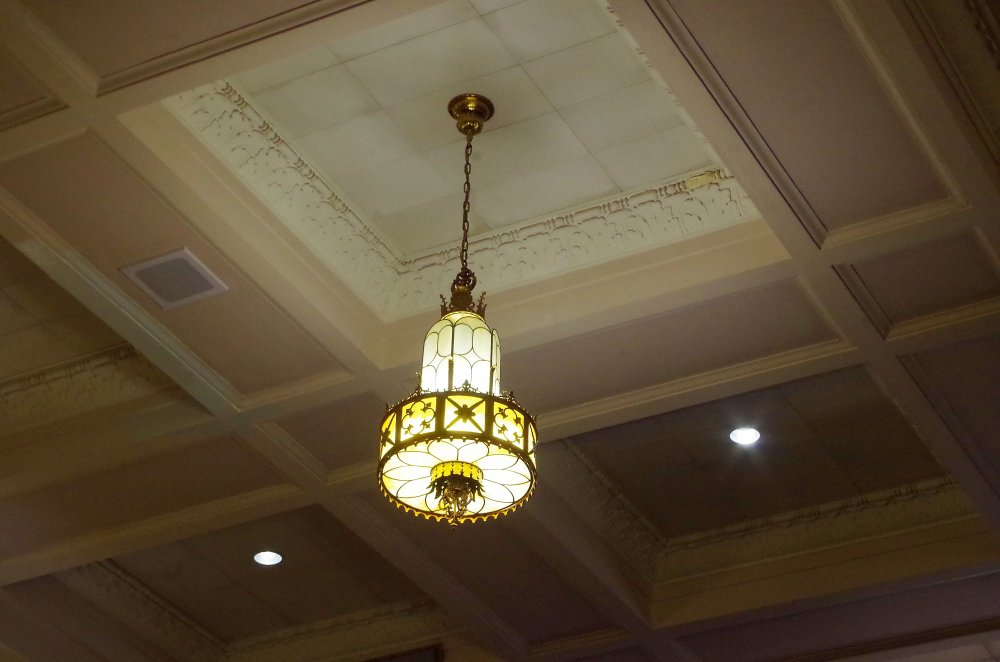 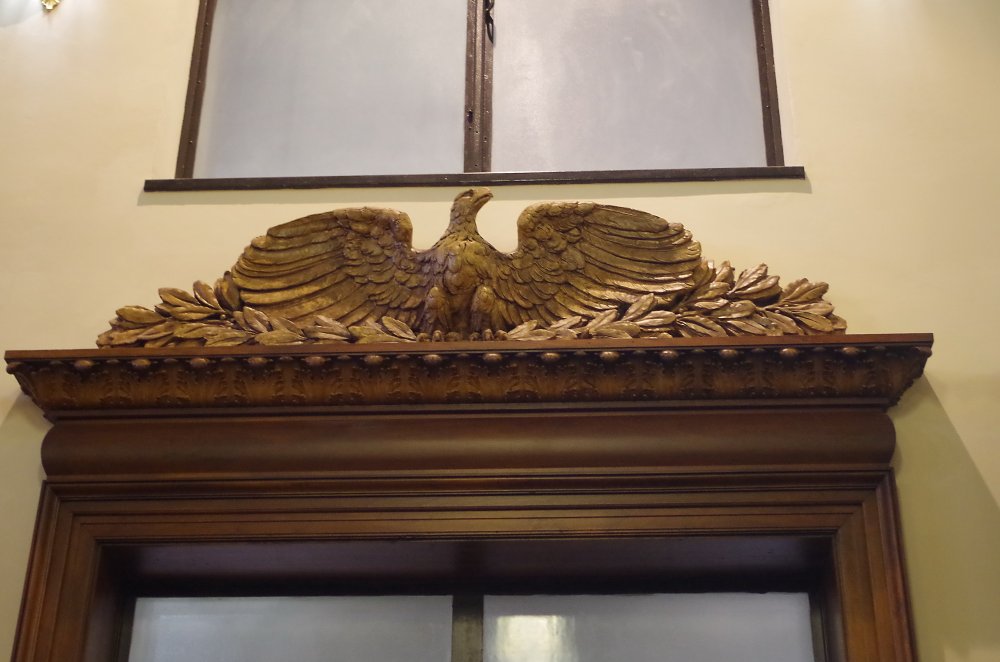 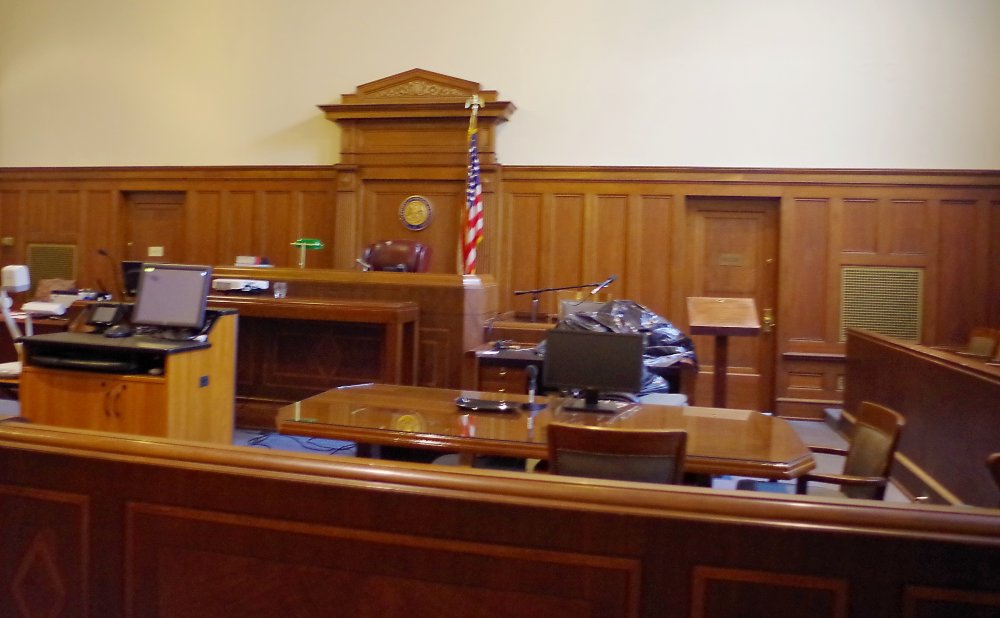 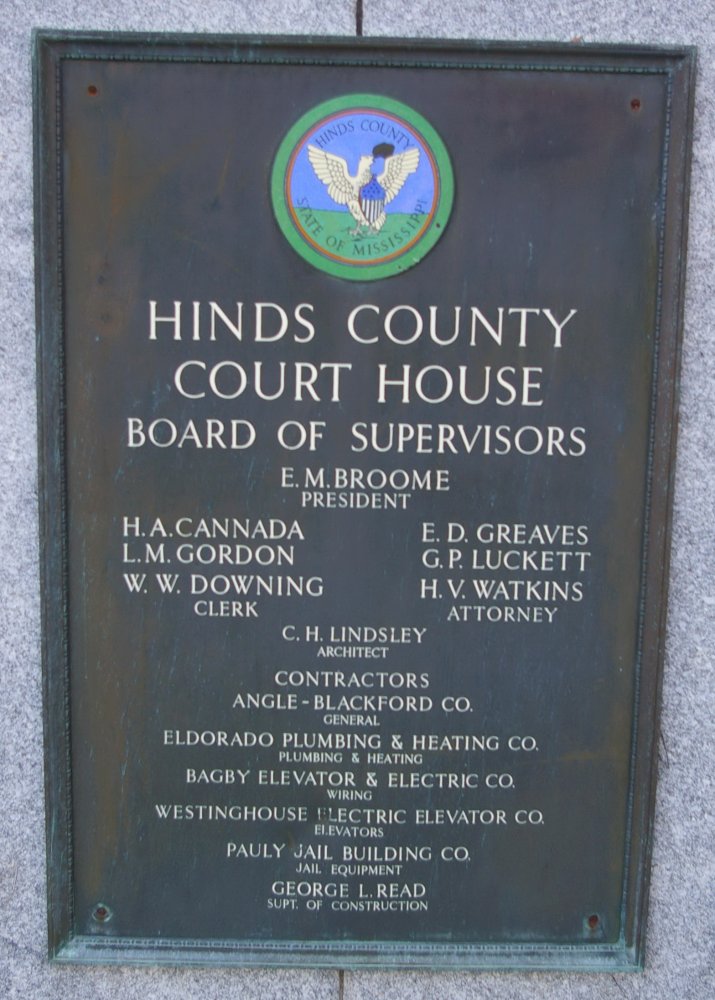