Forrest County is named for Nathan Bedford Forrest, who was a lieutenant in the Confederate Army during the American Civil War.

Description:  The building faces north and is a three story red colored brick, stone and concrete structure. The building is located on landscaped grounds in the center of Hattiesburg. The north front has a large porch with six high columns rising to a wide header at the roof line. The entrances are arched. The roof line is flat. The large central courtroom is located on the second story and has balconies on either side. The building was renovated in 1922. The architect was Emmett J Hull and the contractor was Massengale & McIntosh.

Note:  The present courthouses is the first and only courthouse for Forrest County. 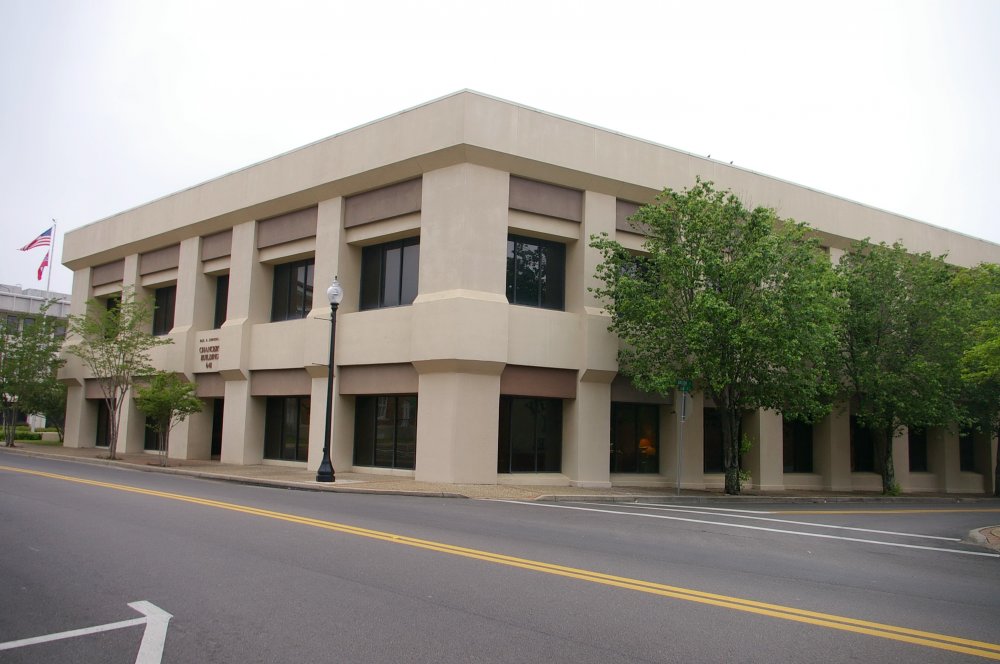 Description:  The building faces south and is a two story concrete and glass structure. The building is located on landscaped grounds  in the center of Hattiesburg to the northwest of the courthouse. Vertical dividers are intersected by the horizontal bands between the first and second stories and the roof line. The roof line is flat.

Description:  The building faces north and is a two story light red colored brick, stone and concrete structure. The building is located on landscaped grounds in the center of Hattiesburg on the west side of the courthouse. The north front of the rectangular shaped building has a recessed center section with two large fluted Doric columns rising to the top of the second story. The roof is gabled with pediment of stone. The building was originally constructed as the Masonic Temple. The building houses the Justice and Youth Court. 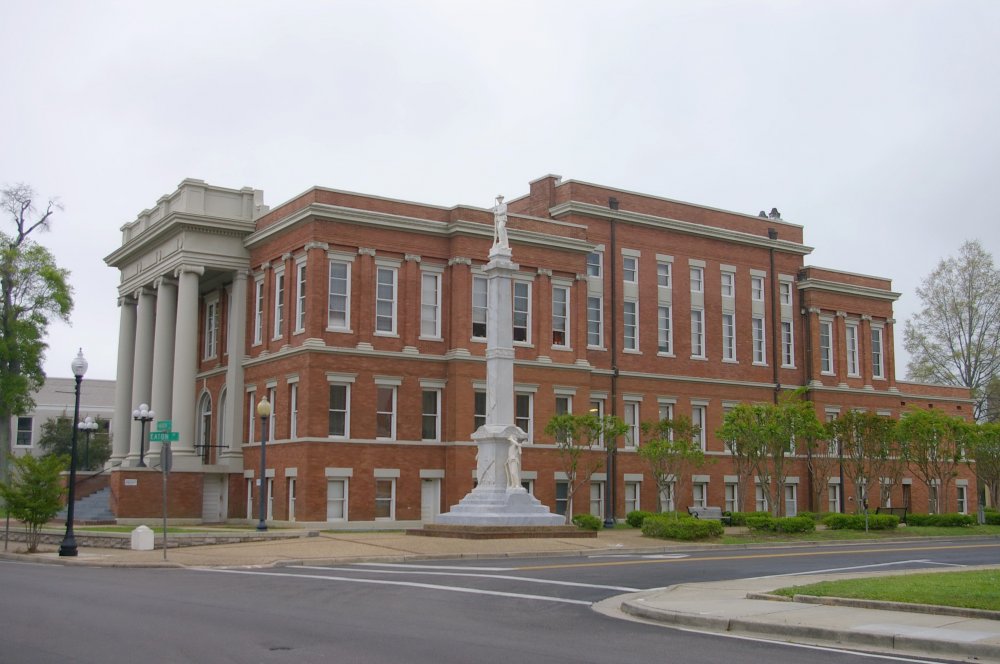 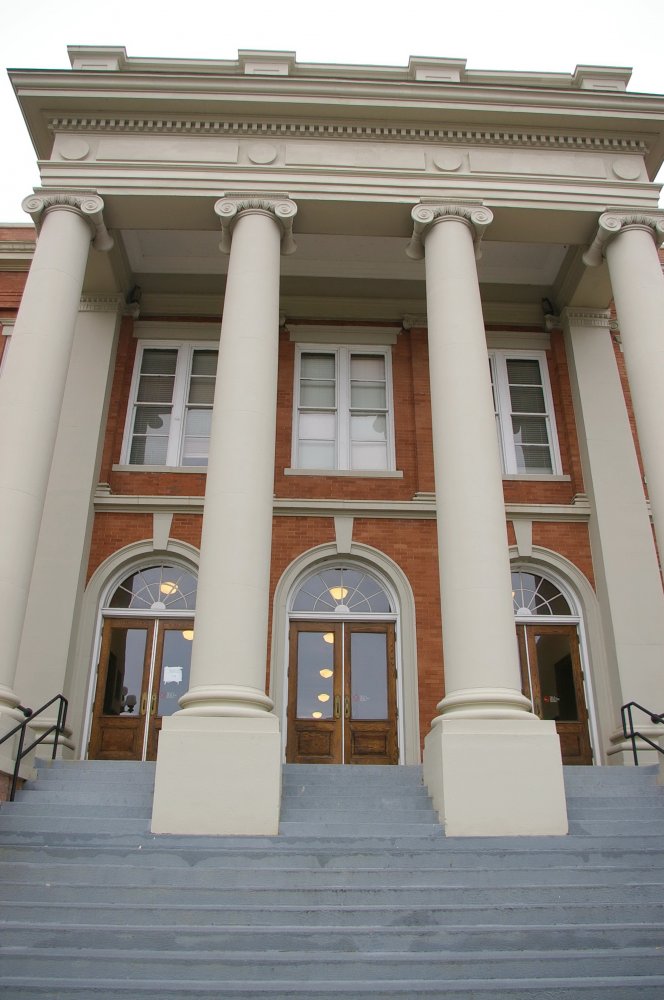 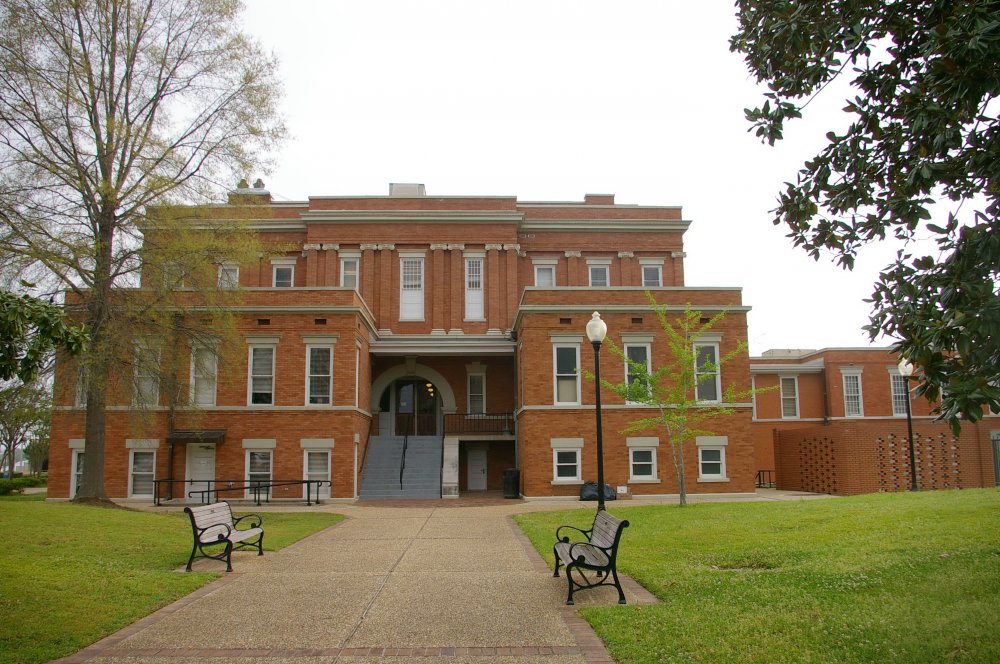 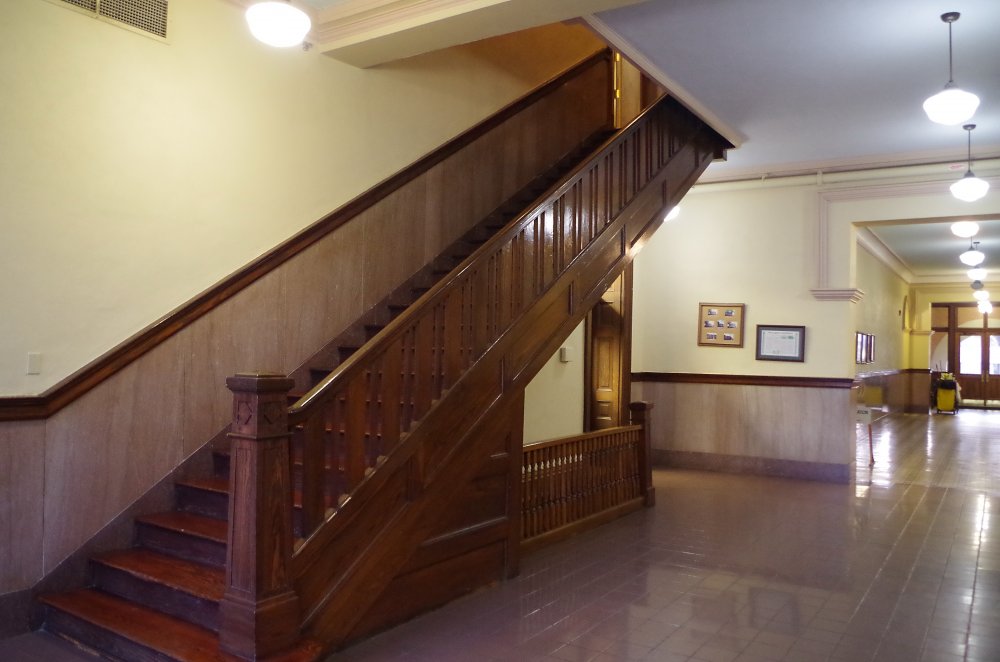 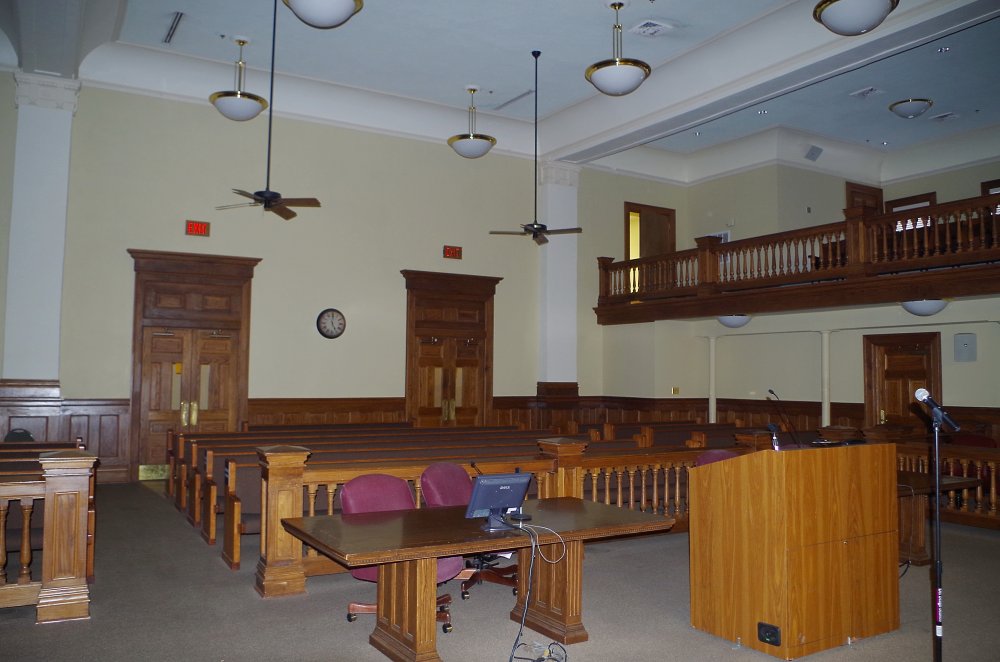 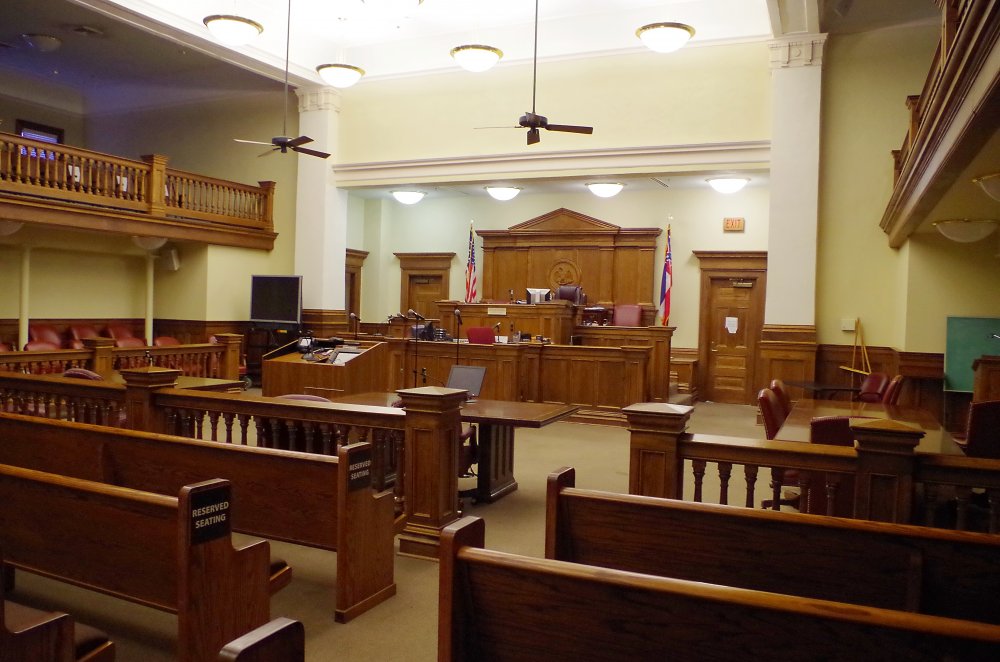 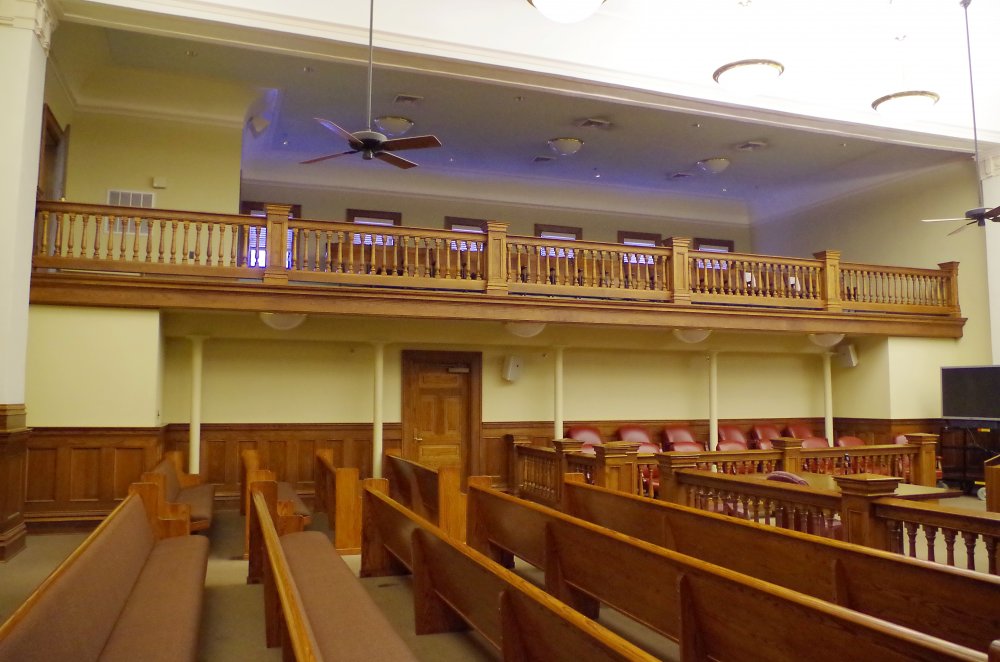 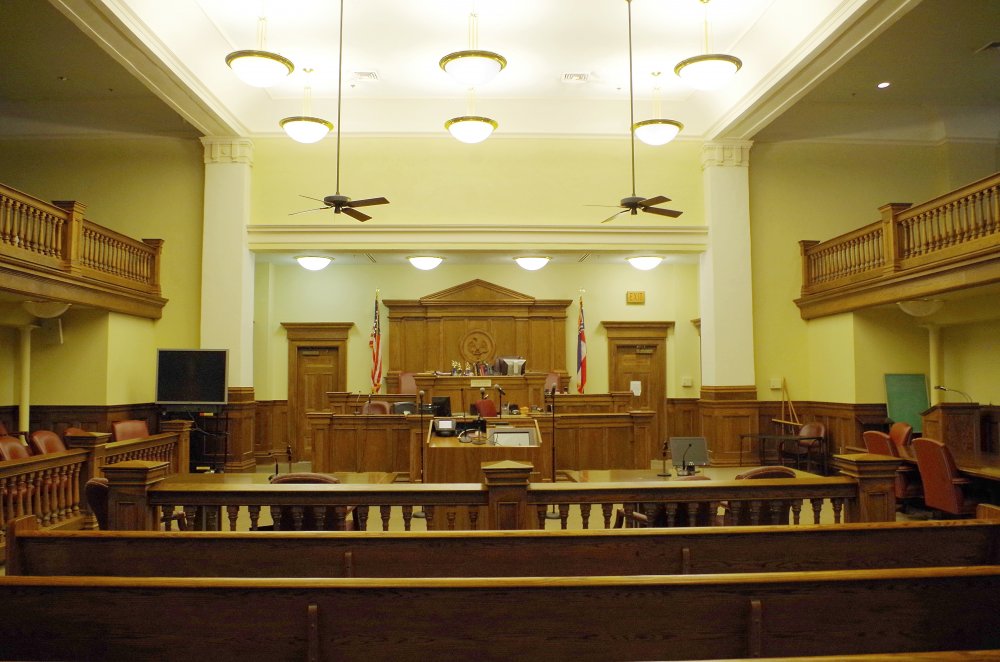 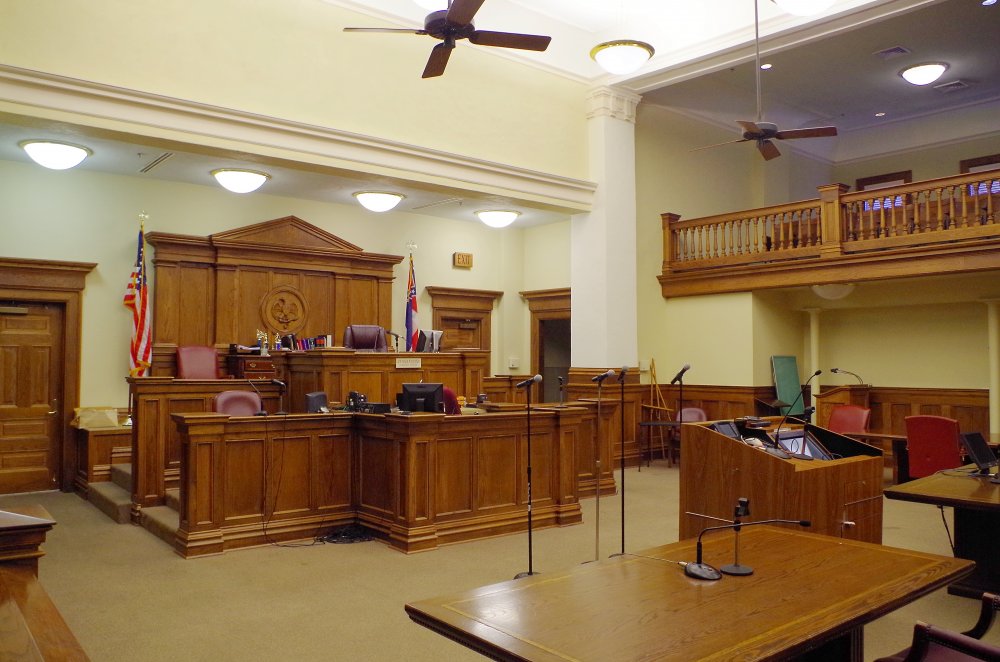 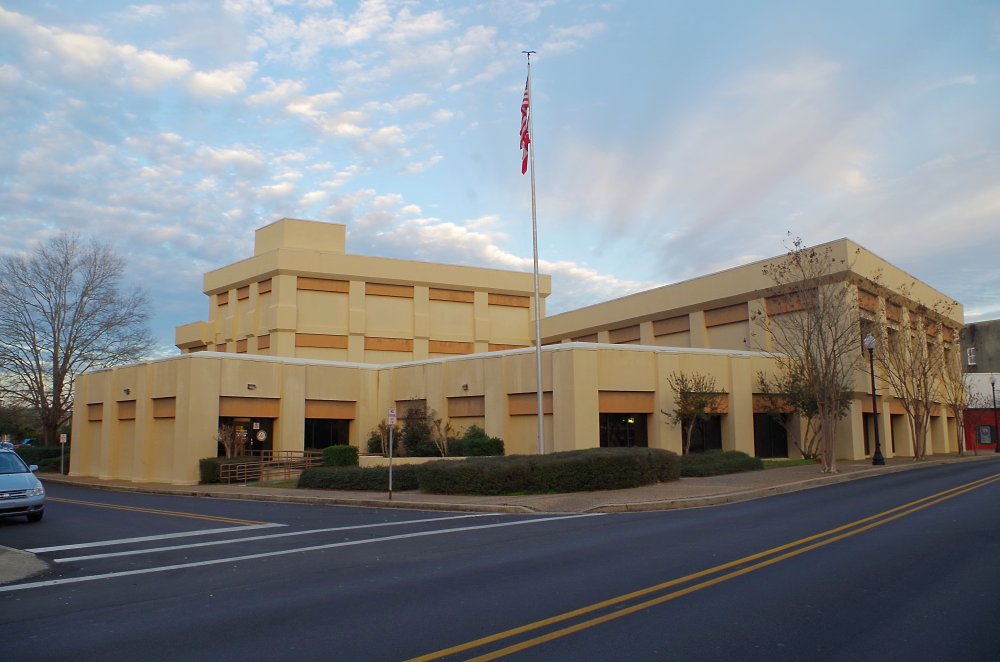 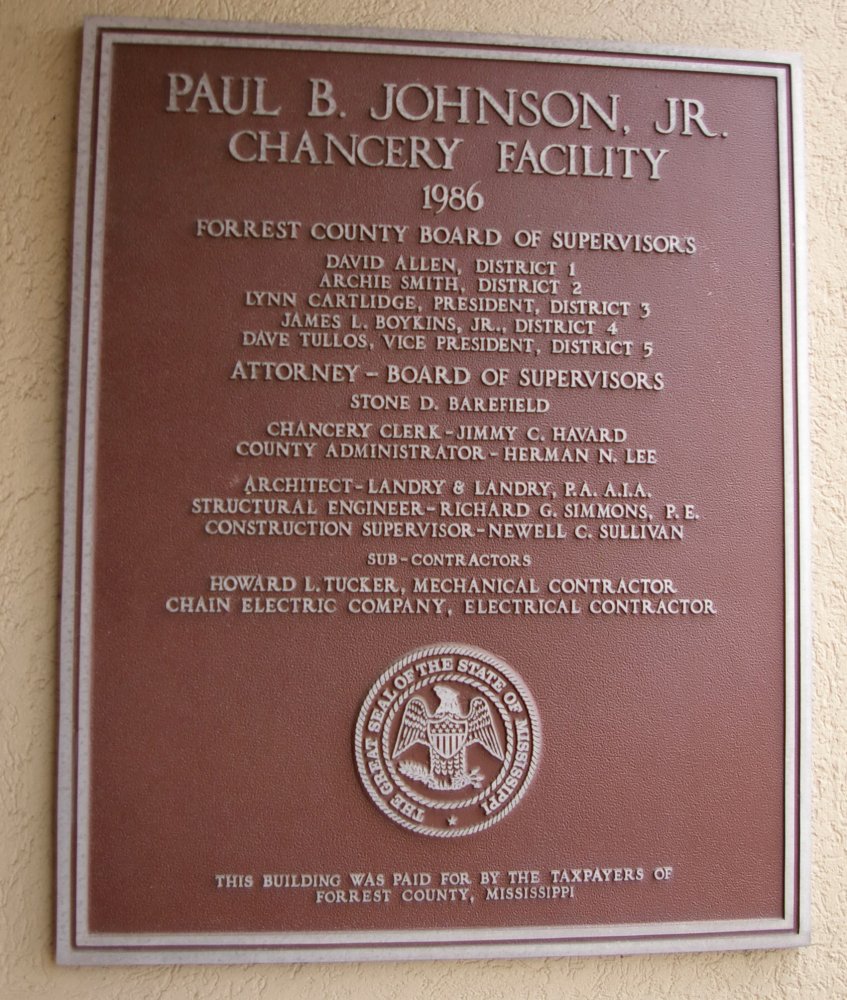