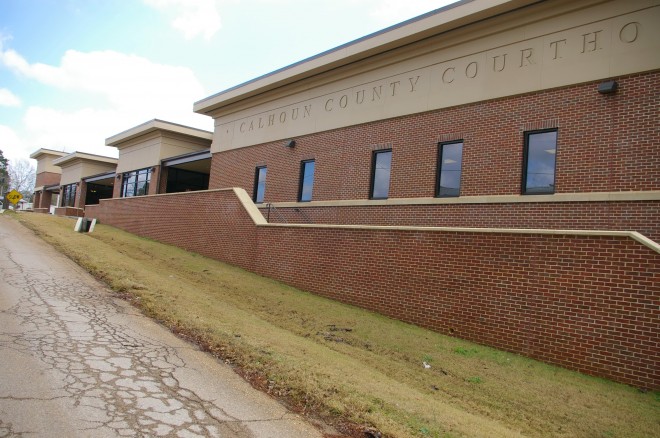 Calhoun County is named for John C Calhoun, who was the seventh Vice President of the United   States of America.

Description:  The building faces north and is a two story brick, concrete and glass structure. The building is located in the center of  Pittsboro. The lower part of the building is red colored brick and the upper part is concrete. The north front of the building has a two story tower on the northeast corner with open porch on the first story. The center section has two projecting sections with glass walls and between then them are recessed sections with a canopy. The building descends west down a slope with the first story entrance on the west side. The roof line is flat. The building houses the County Circuit Court of the 3rd Judicial District, County Chancery Court, County Youth Court and County Justice Court.

Note:  The old courthouse was demolished in 2011 to make way for the new courthouse.  Built in 1938 to 1939, the building was a two story white colored wood structure which faced north. The building was a Works Project Administration project. 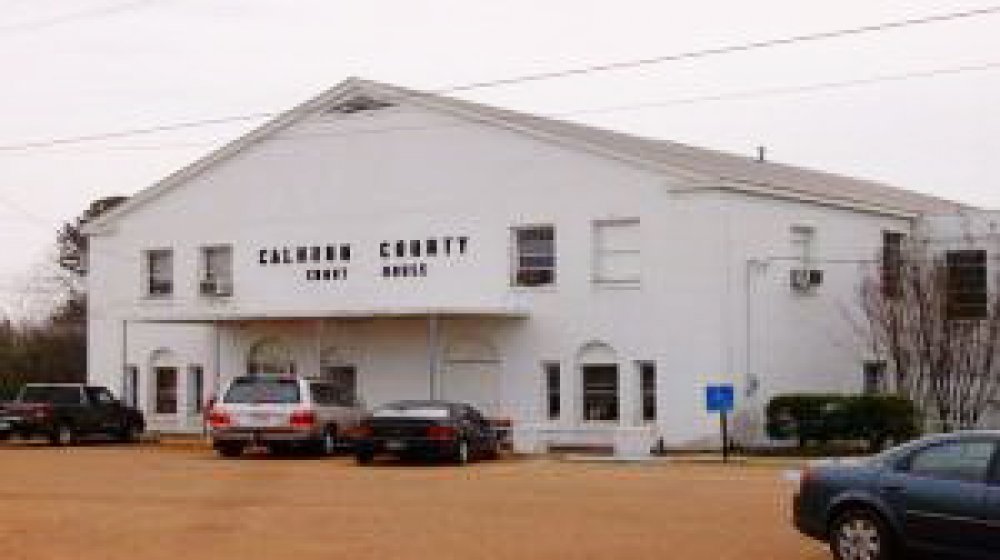 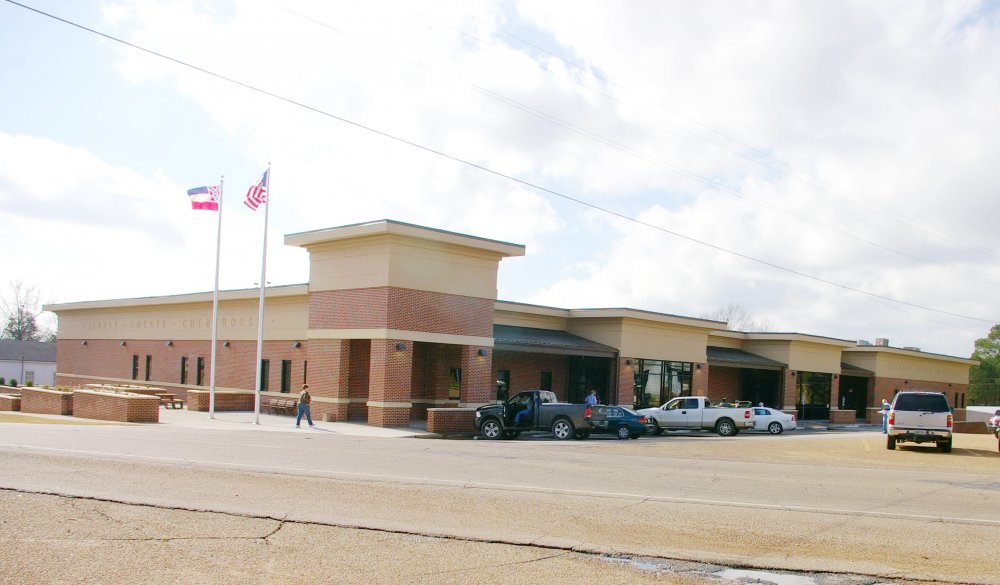 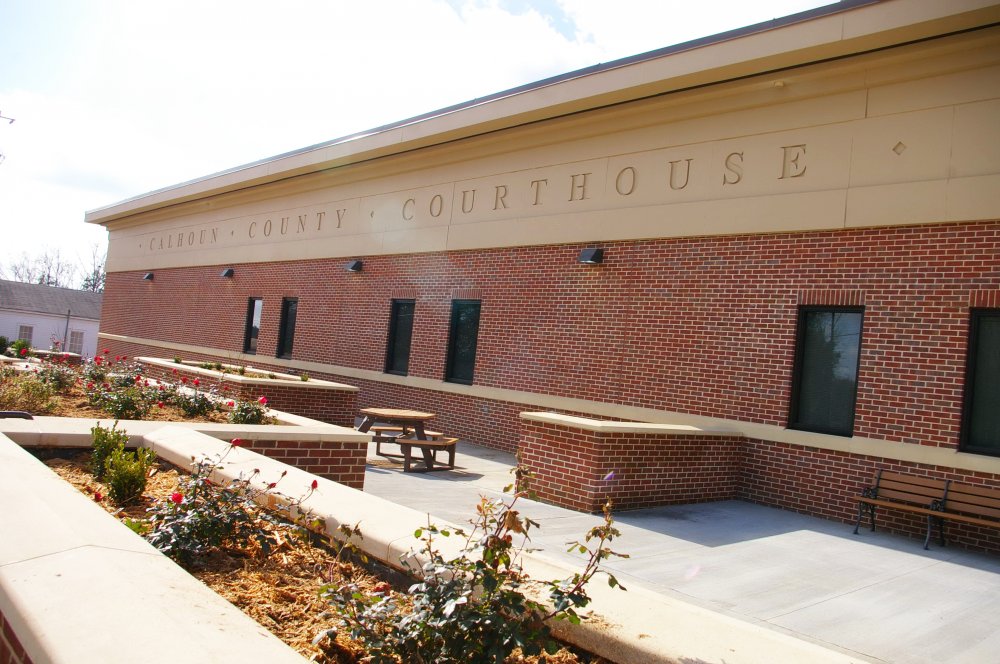 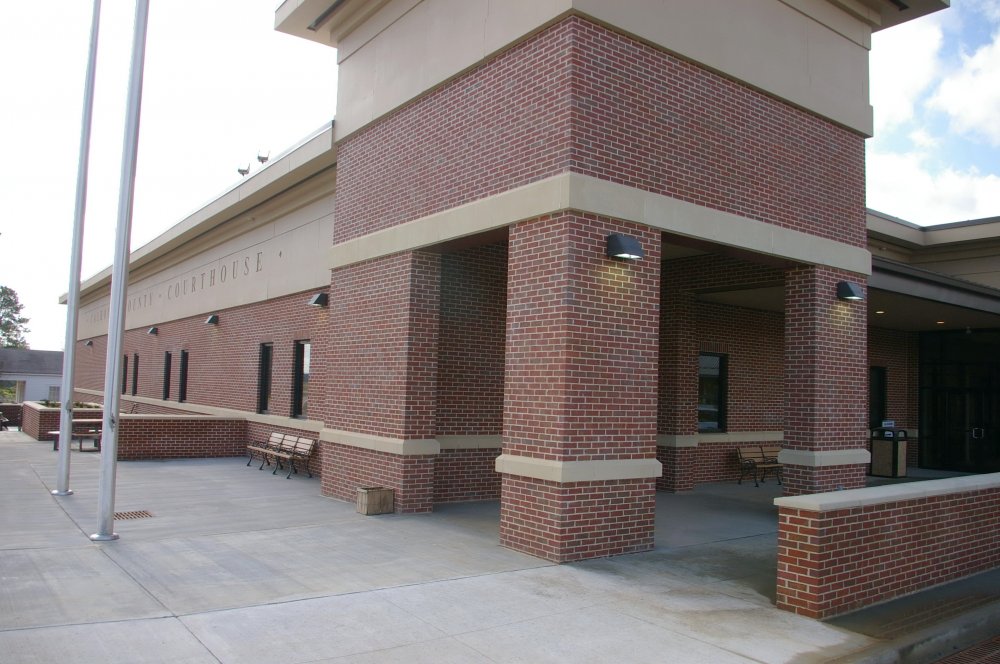 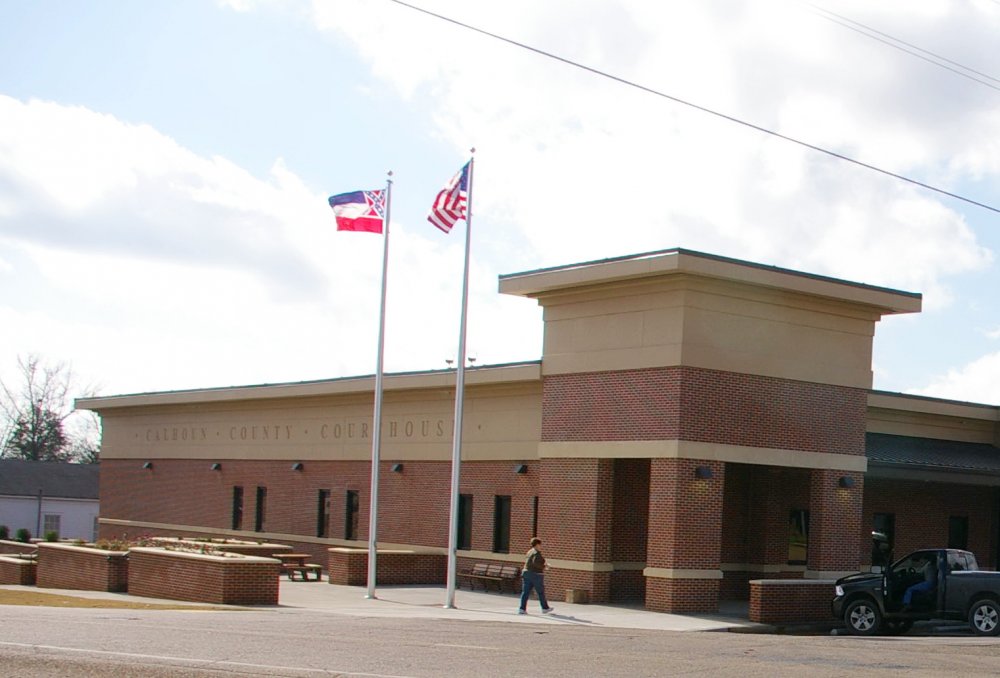 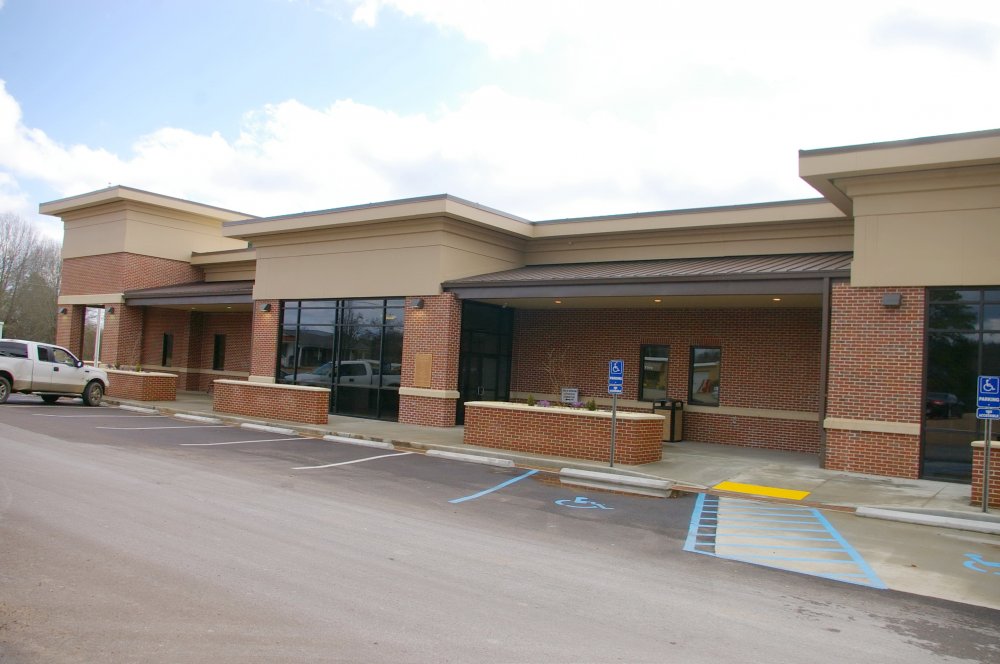 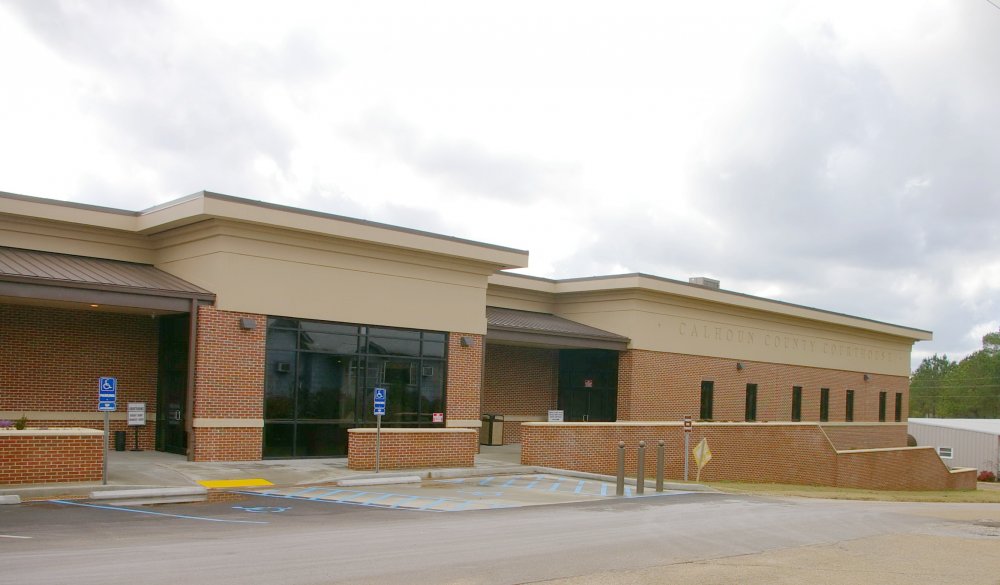 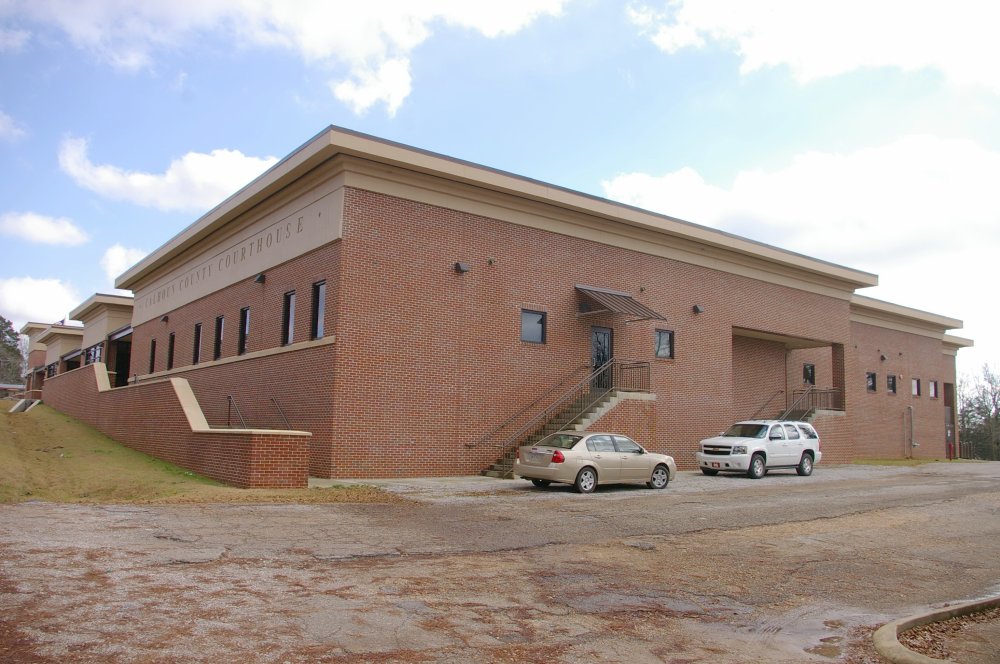 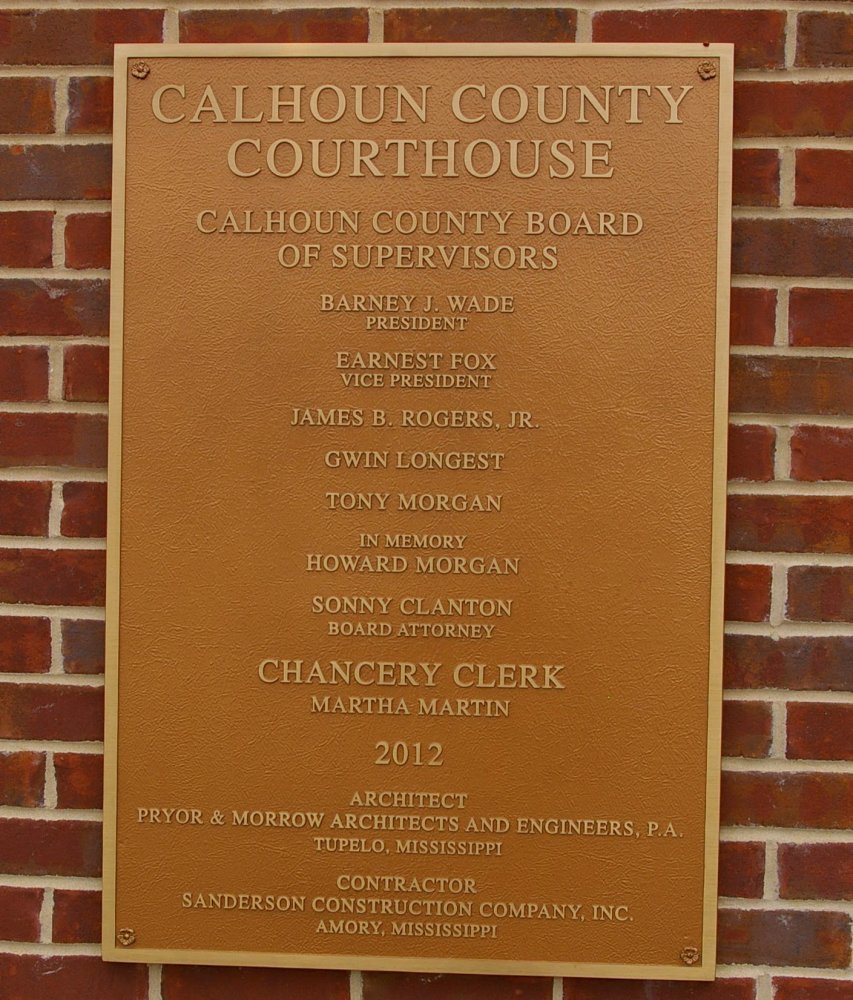