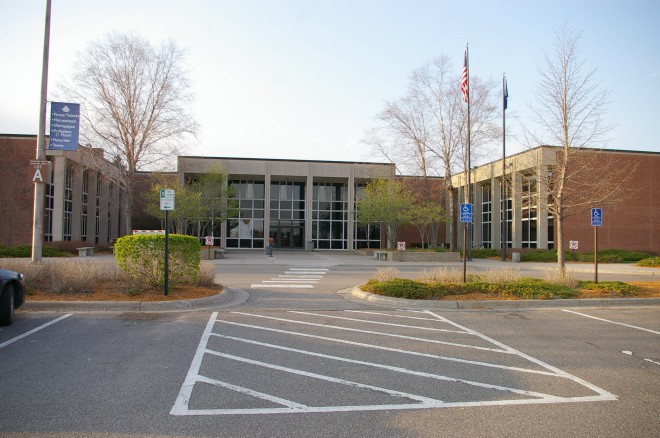 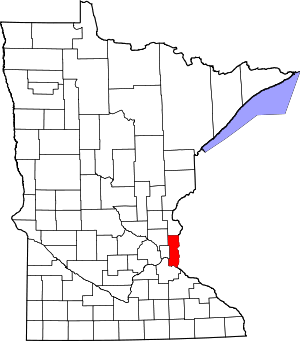 Note:  The building was first constructed in 1968 as the Washington County Office Building. The architect was The Cerny Associates IOnc. and the contractor was Adolfson & Peterson, Inc. 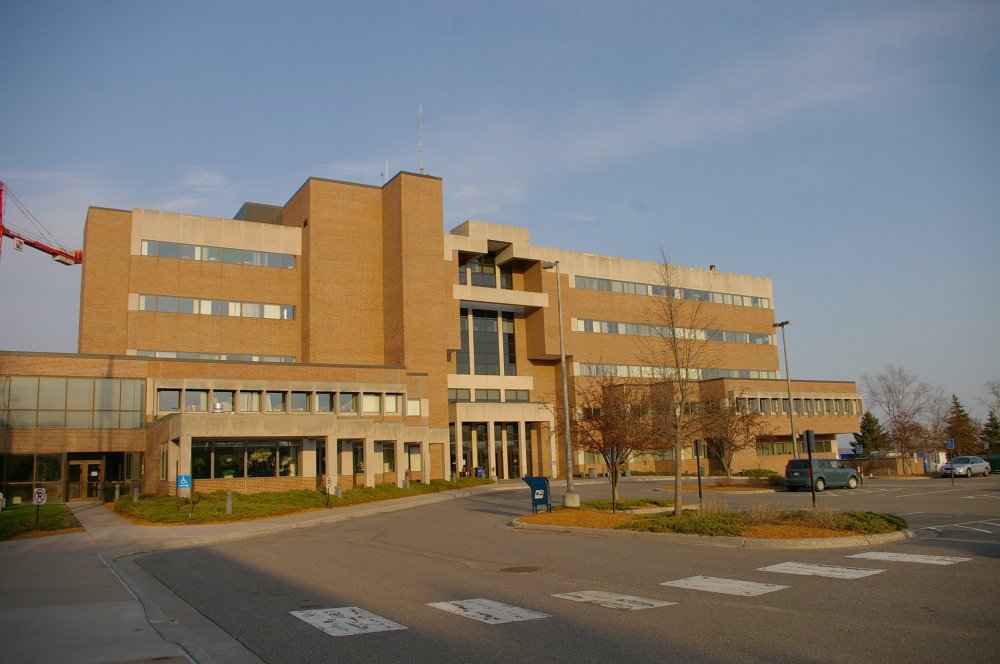 Description:  The building faces west and is a five story brick, concrete and glass structure. The building is located on landscaped grounds to the south of the center of Stillwater. The building has tall piers which support an overhanging flat roof at the first story entrance. The building was expanded from 1988 to 1990. The architect was BWBR Architects, Inc. of Saint Paul and the contractor was Adolfson & Pterson Inc. 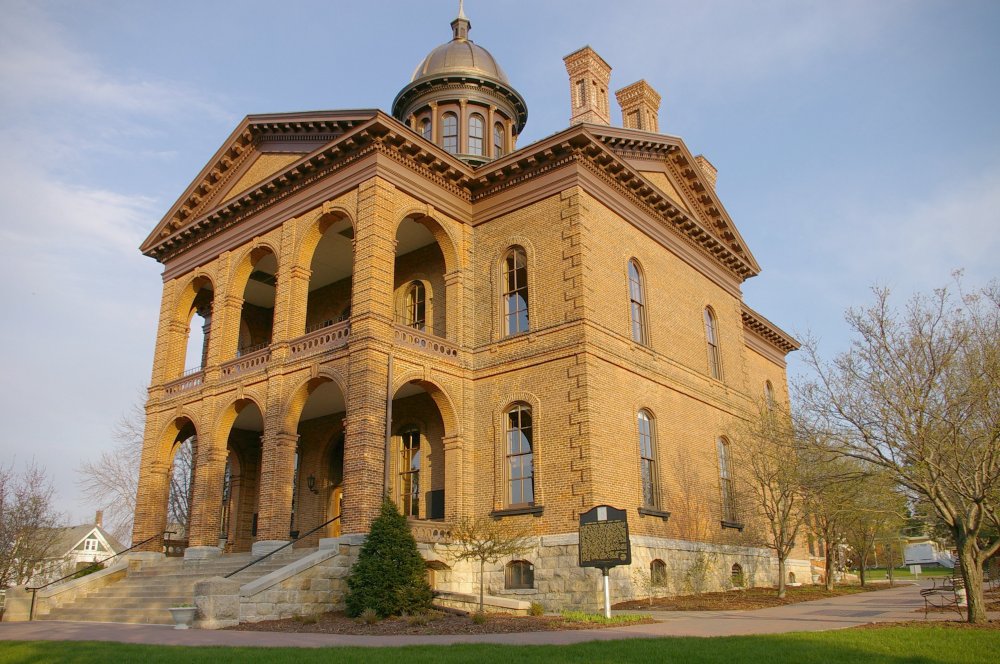 Description:  The building faces north and is a two story St. Croix Valley sandstone  structure. The building is located on landscaped grounds in the center of Stillwater. The building has a large portico with three arches on the first and second stories. The foundation is course limestone. On the center of the roof is a round dome with windows. The building overlooks the city and is now an apartment complex. 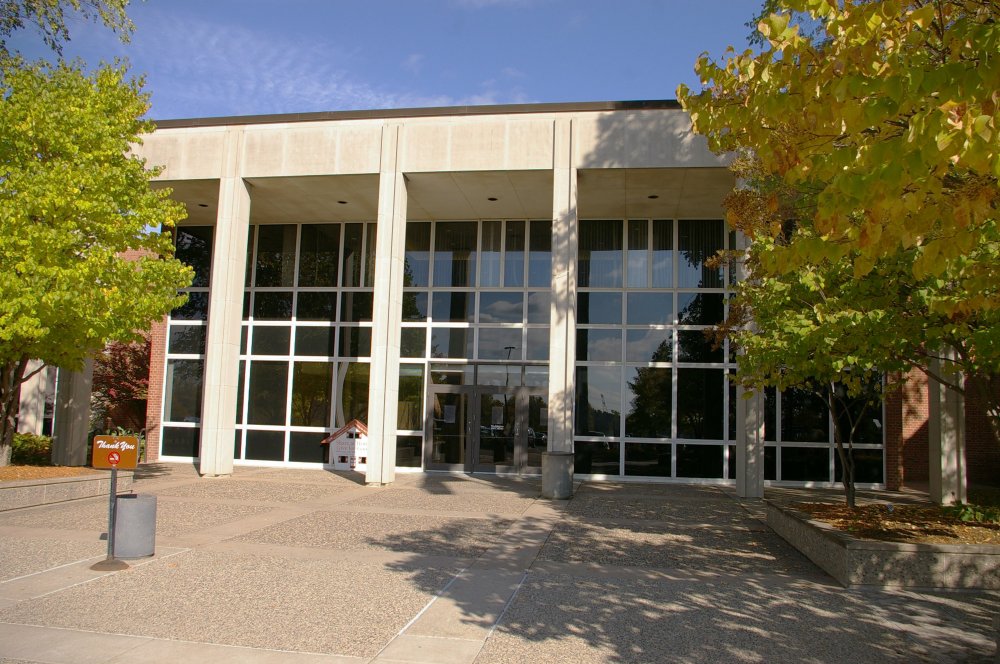 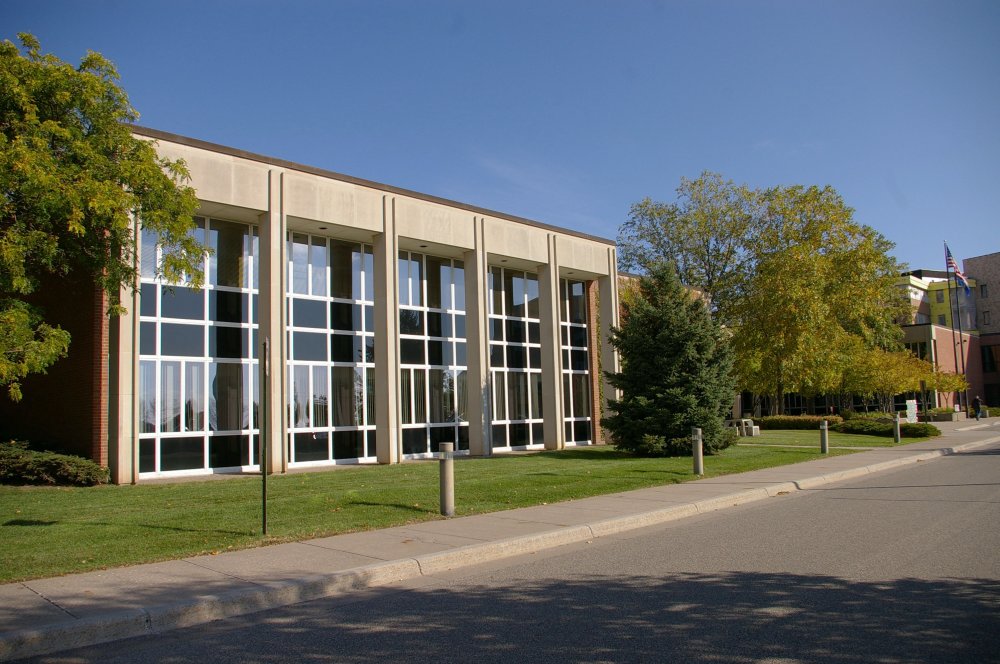 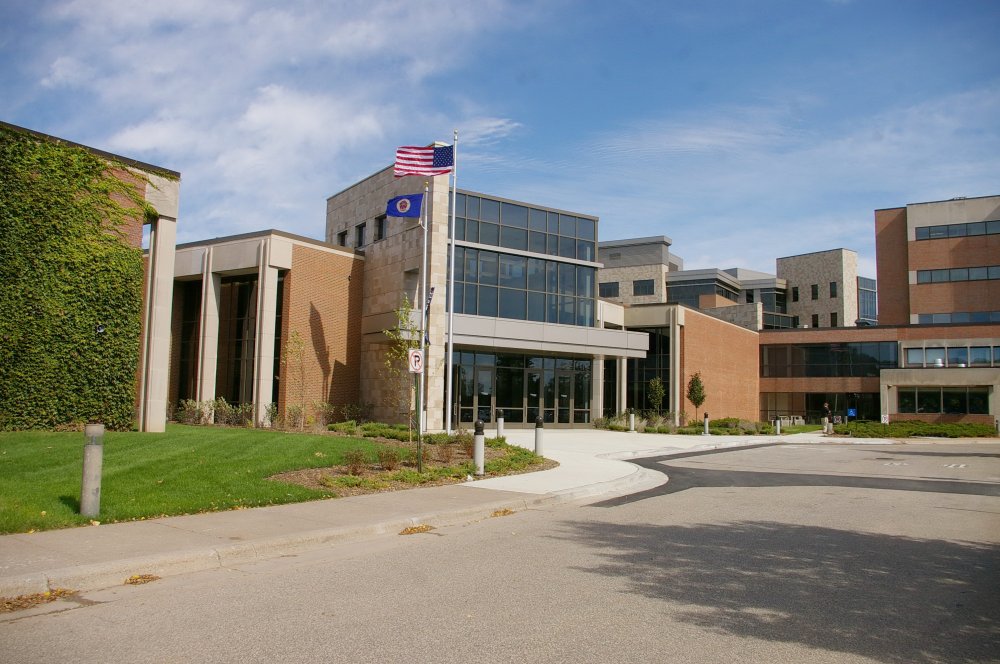 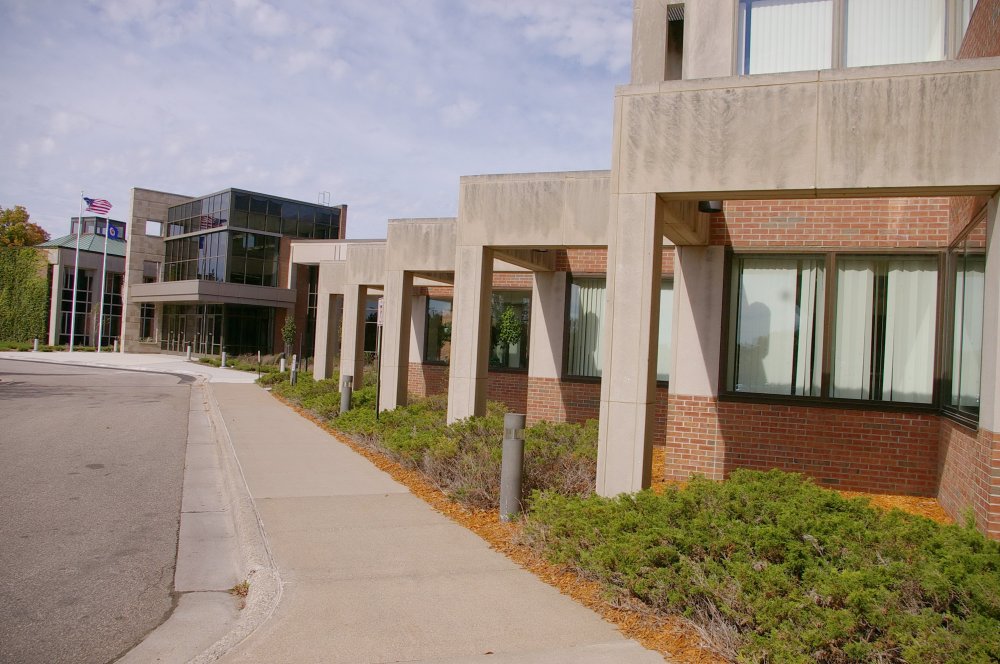 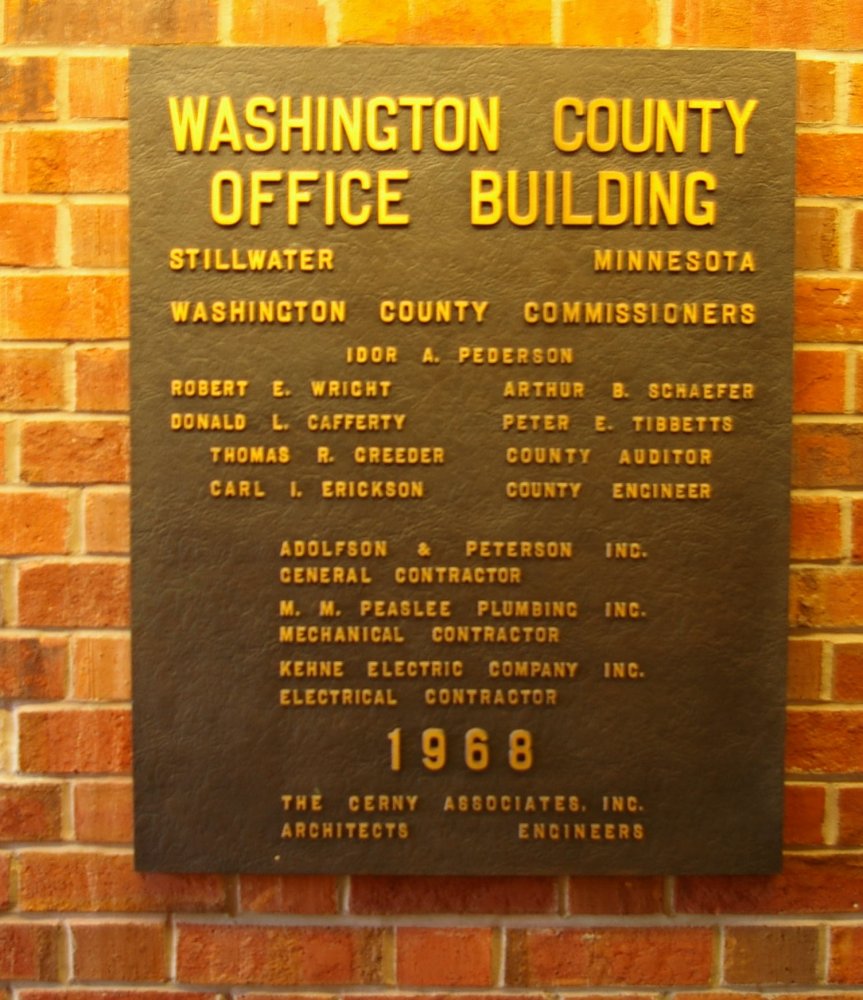 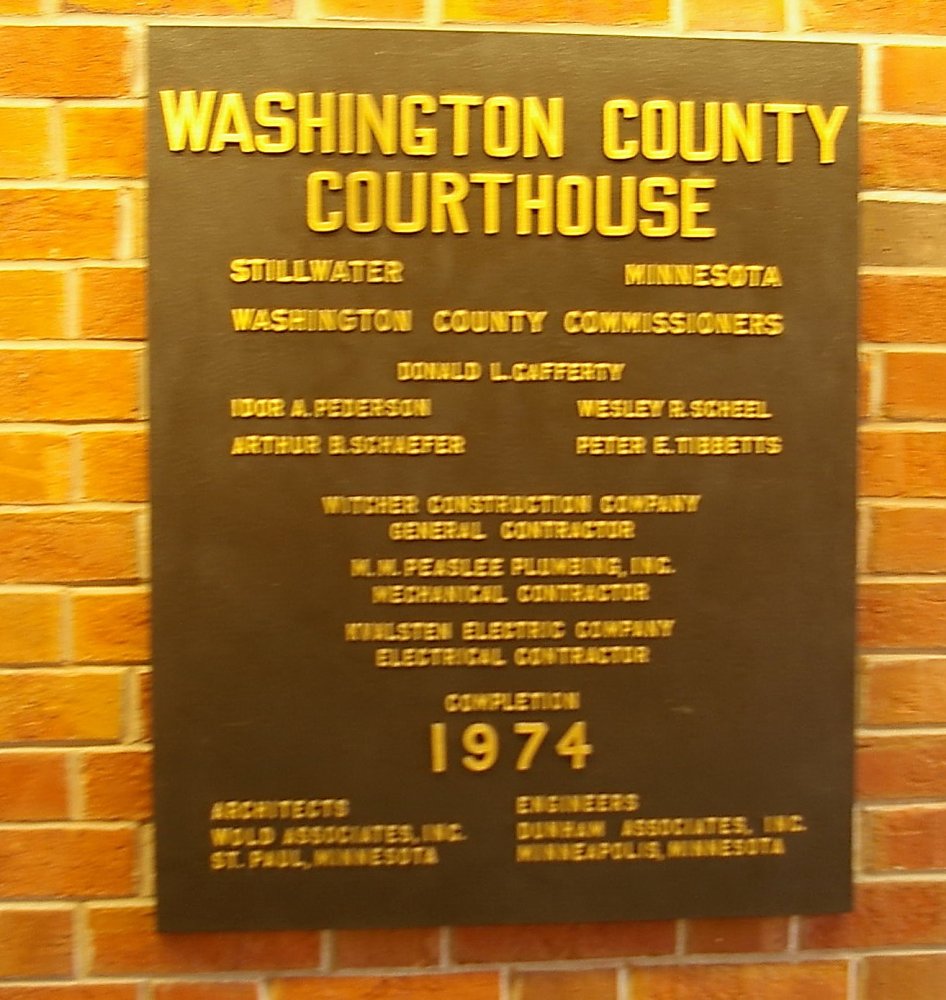 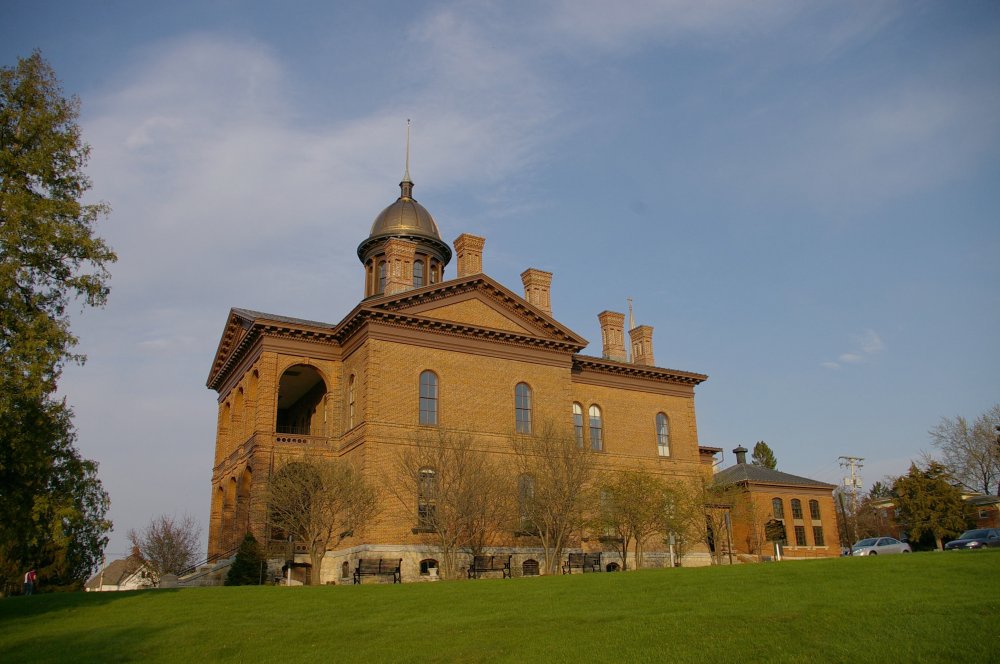 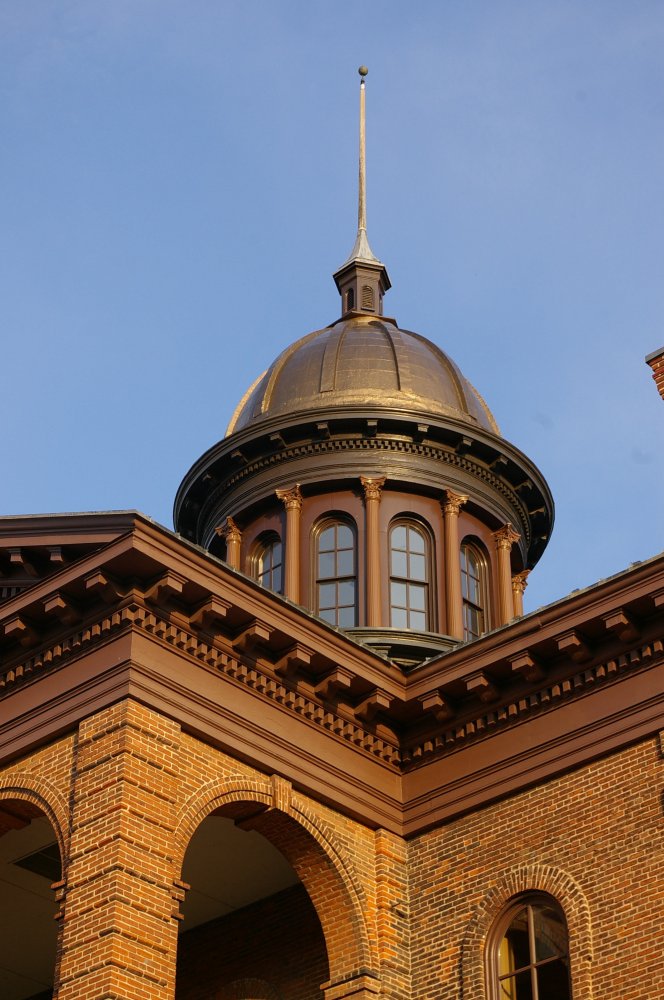 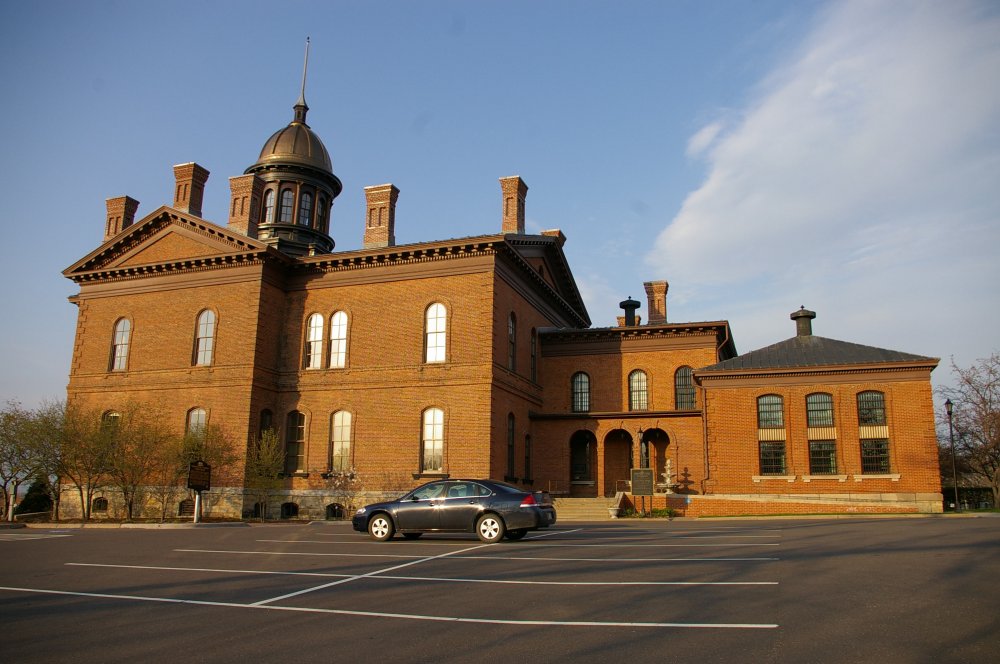 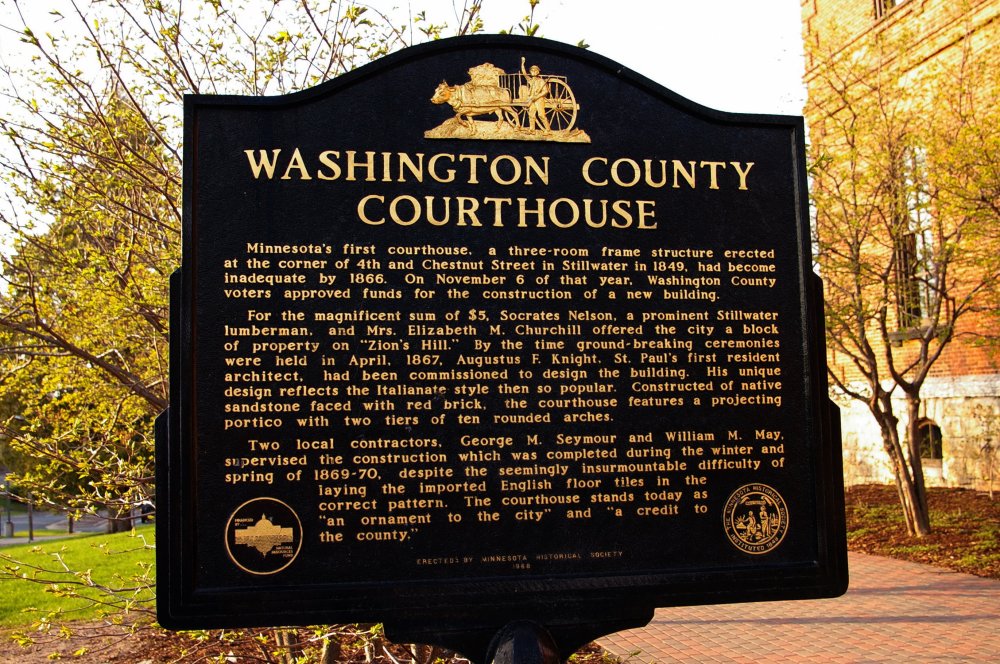 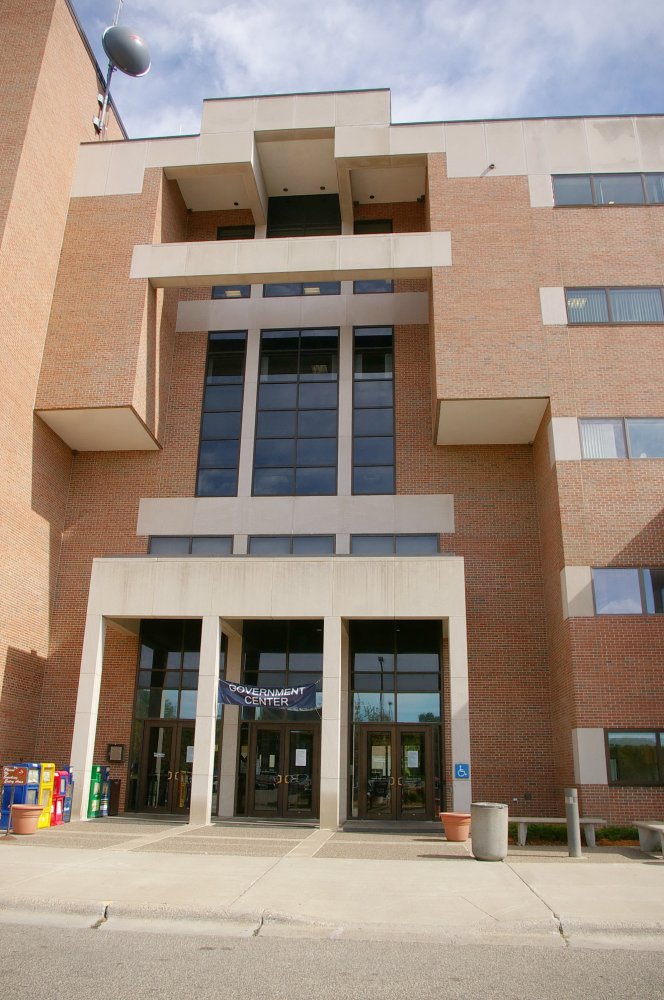 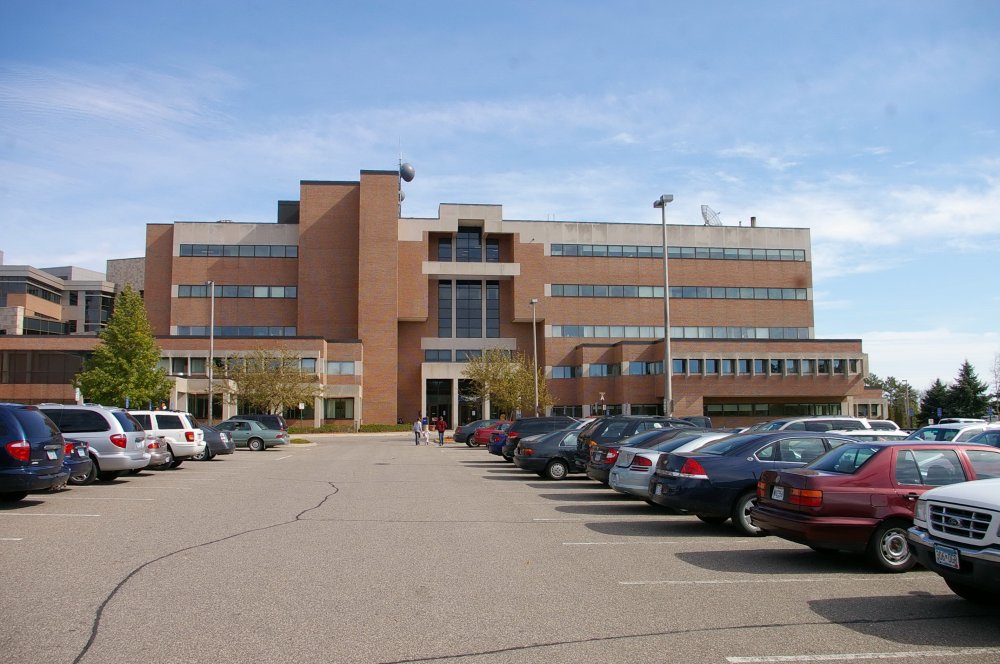 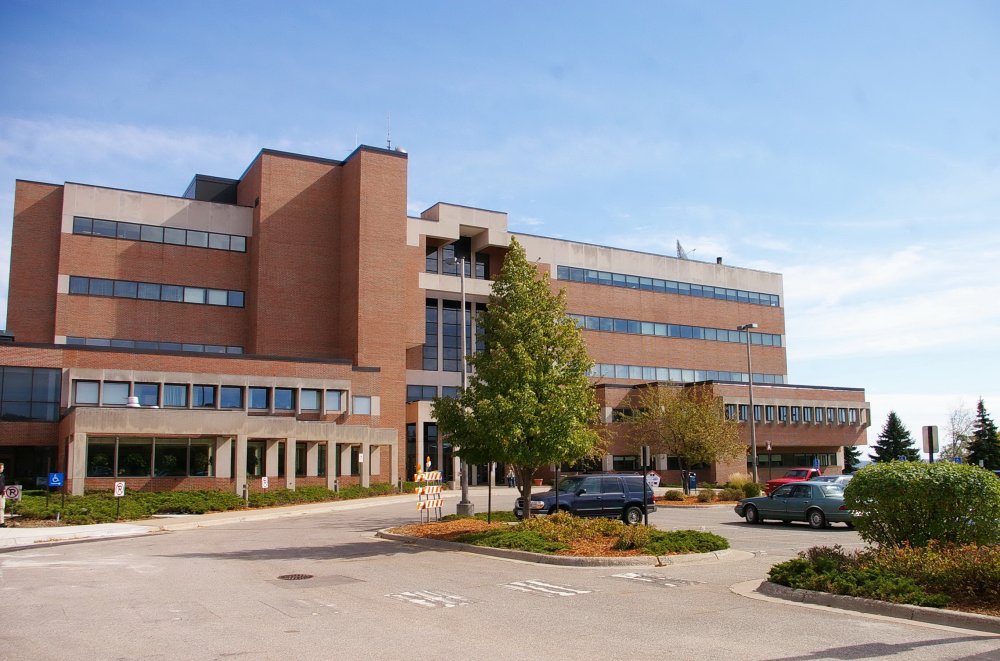 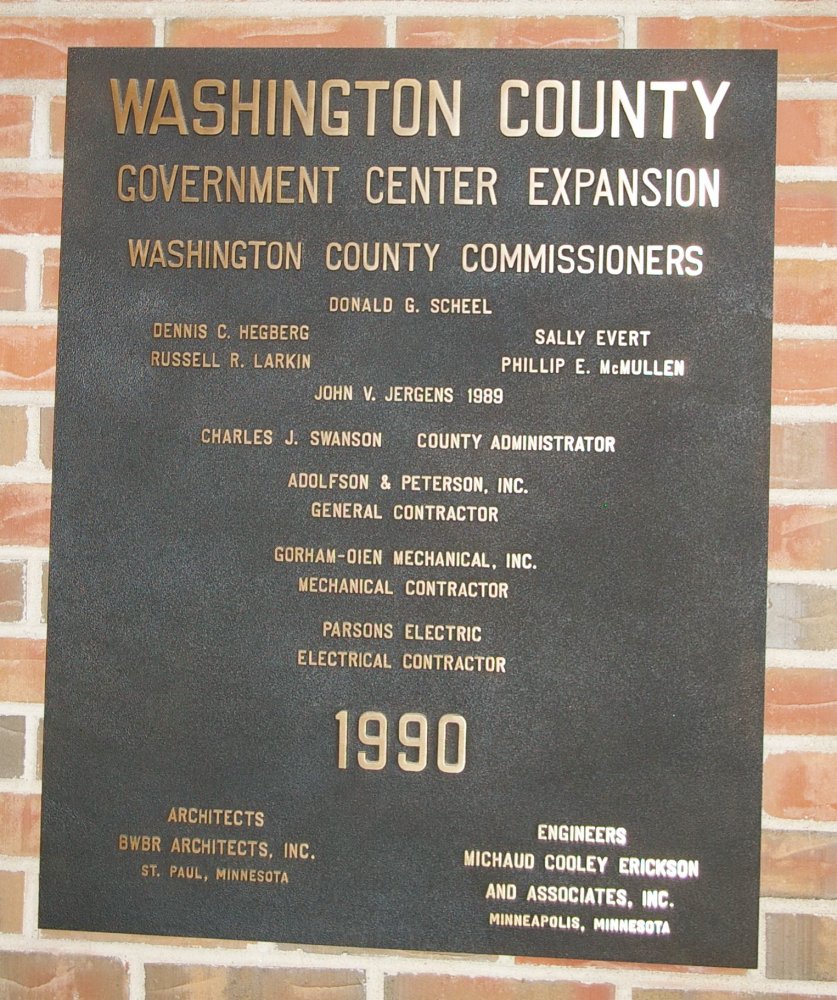