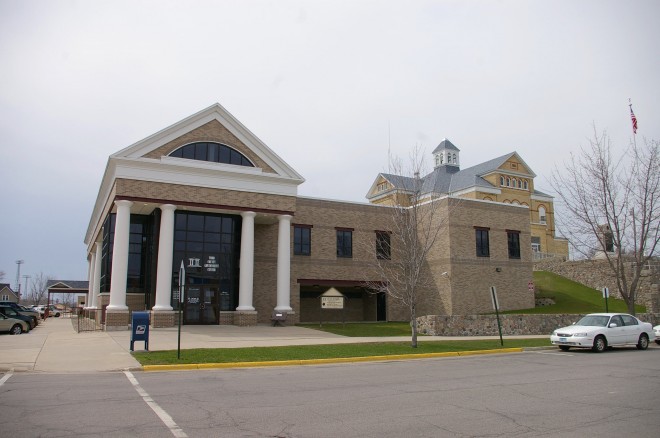 Description:  The building faces north and is a two story brick and concrete structure. The building sits at the base of the old courthouse in the center of Long Prairie. The north front has four large white colored columns rising to the roof level. Along the east side are four more white colored columns. The walls are dark blue colored glass. On the west side the section is brick with few windows. The courtrooms are located on the second story, The building is named as the County Justice Center. In 1979 to 1980, the two story service building was completed on the east side. The architect was Stegner-Hendrickson-McNutt and the contractor was Carlson Company. In 1996 to 1997, the modern addition was added to the building on the east side.  The architect was Boarman, Kroos, Pfister, Rudin and Associates and the contractor was E & V Construction Managers. 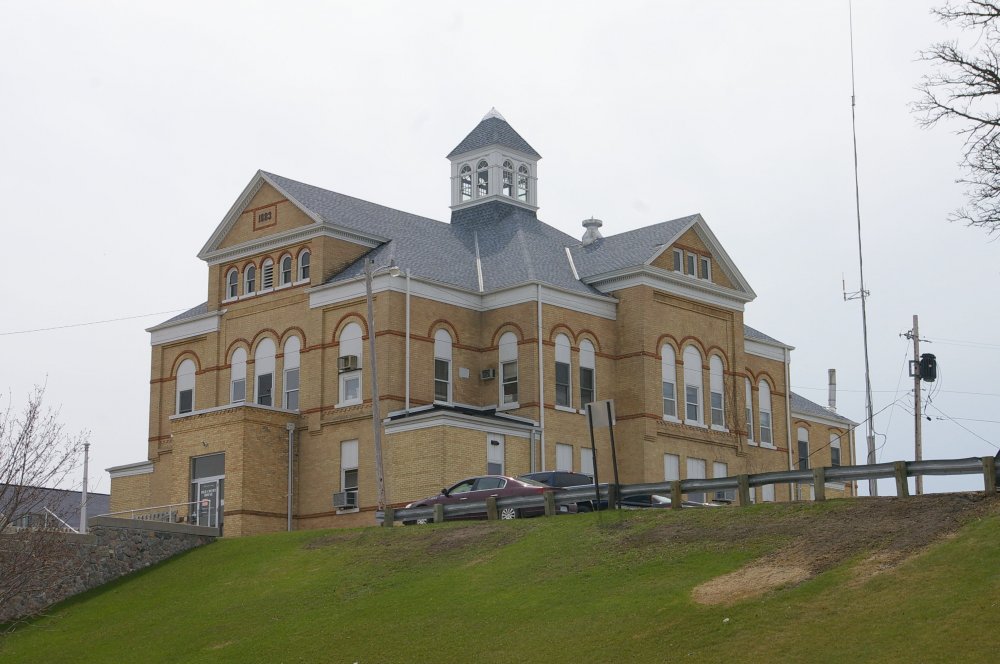 Description:  The building faces north and is a two story buff colored brick avant garde structure which sits high on a hill in the center of Long Prairie The north front extends from the building on the first story. The windows on the second are arched. The tower on the third story has five small arched windows. The old courtroom is located at the center of the second story and now houses the Commissioners. In 1938, a tunnel was constructed under the building. the building was renovated in 2012. The architect was Collaborative Design Group and the contractor was Contegrity Group Inc. 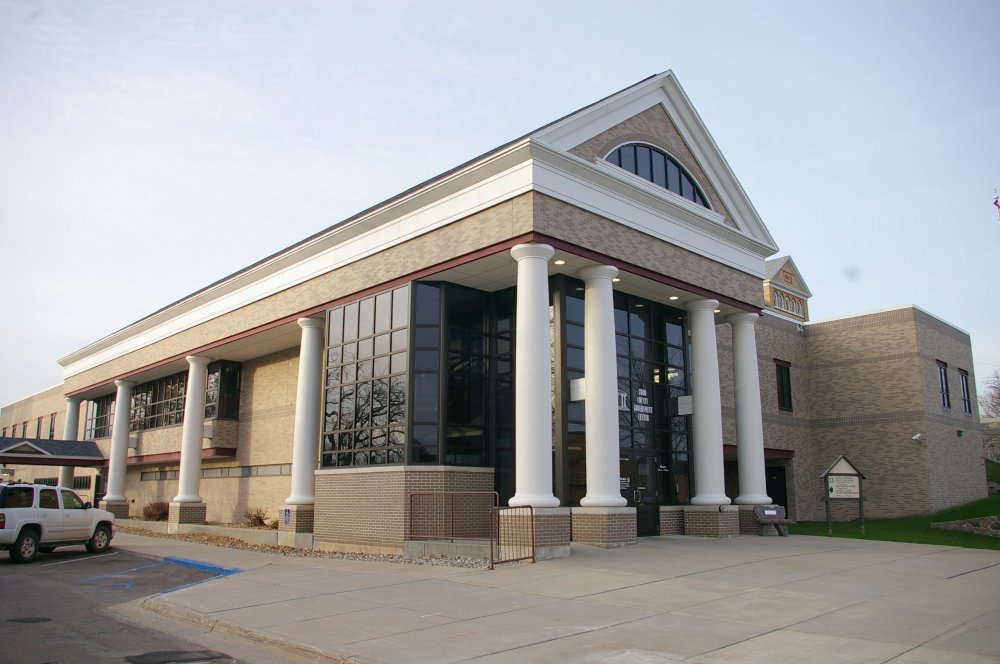 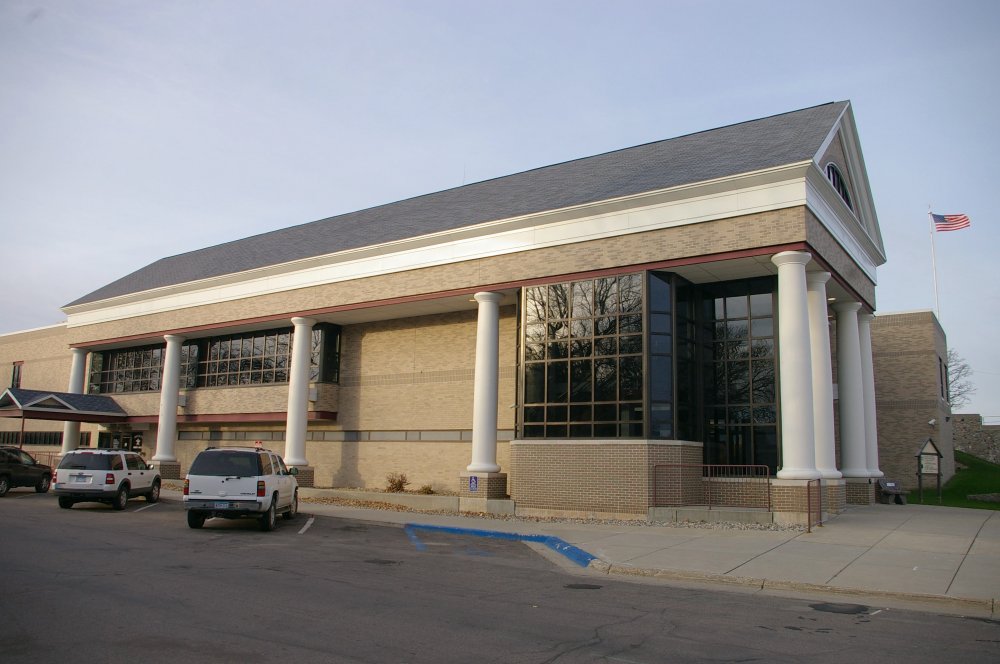 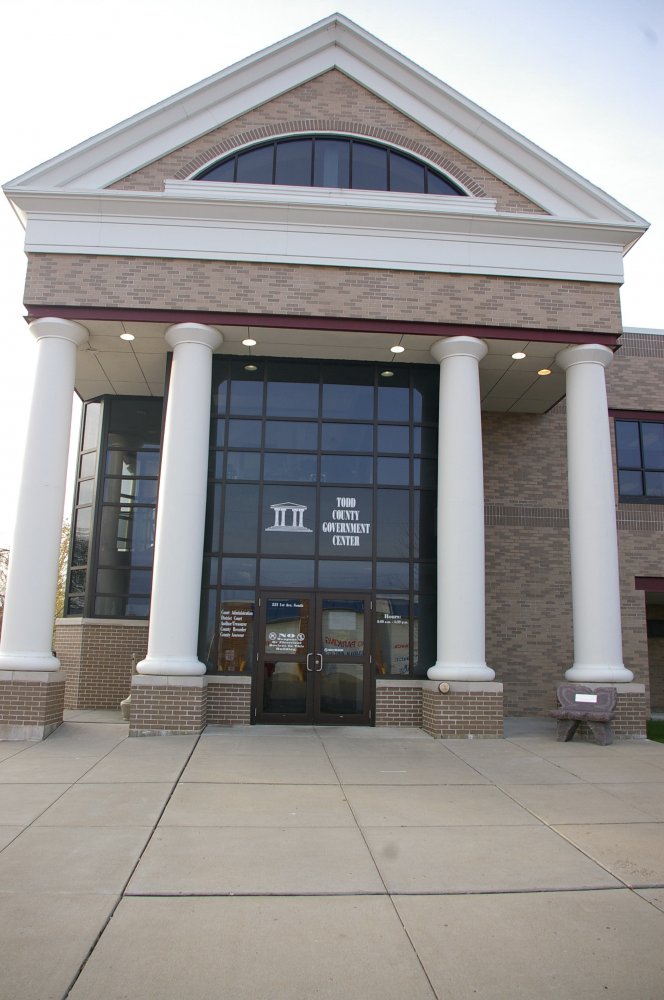 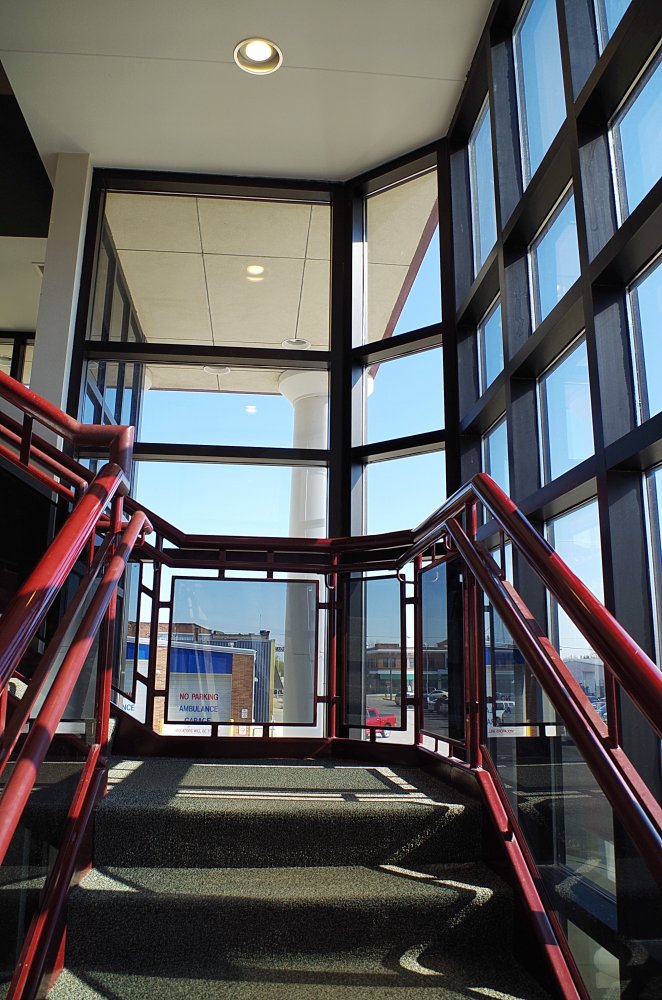 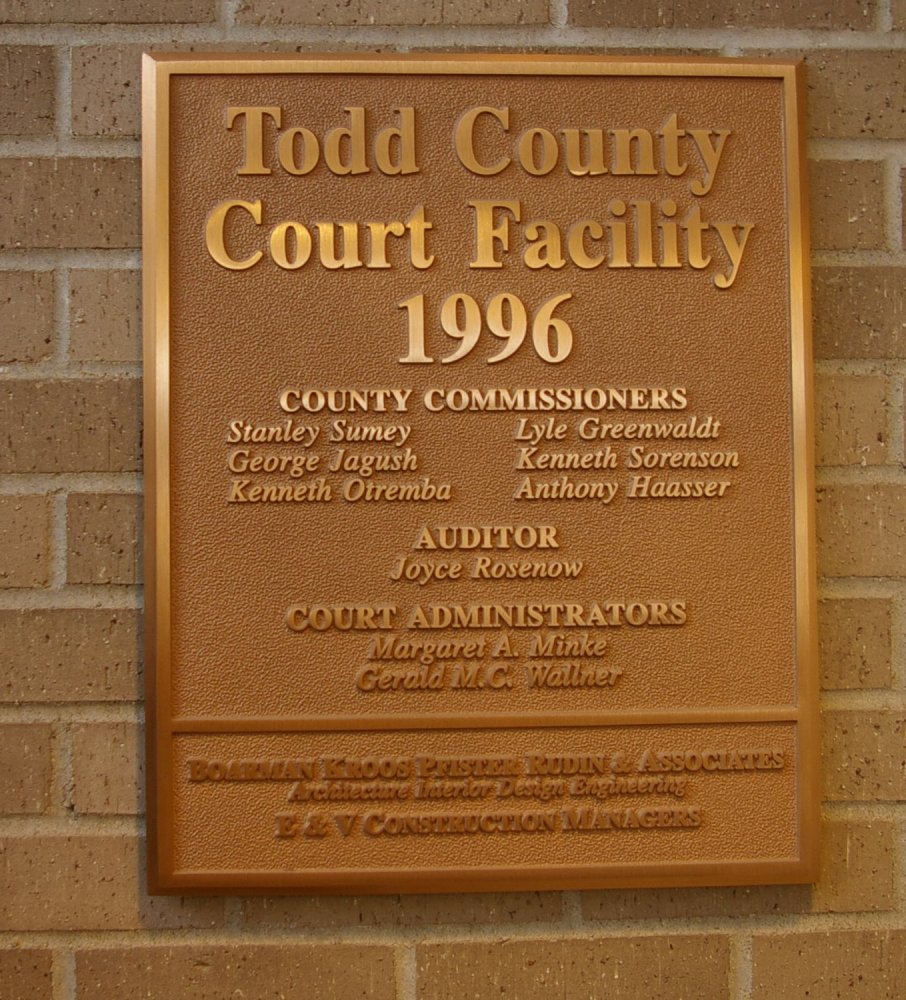 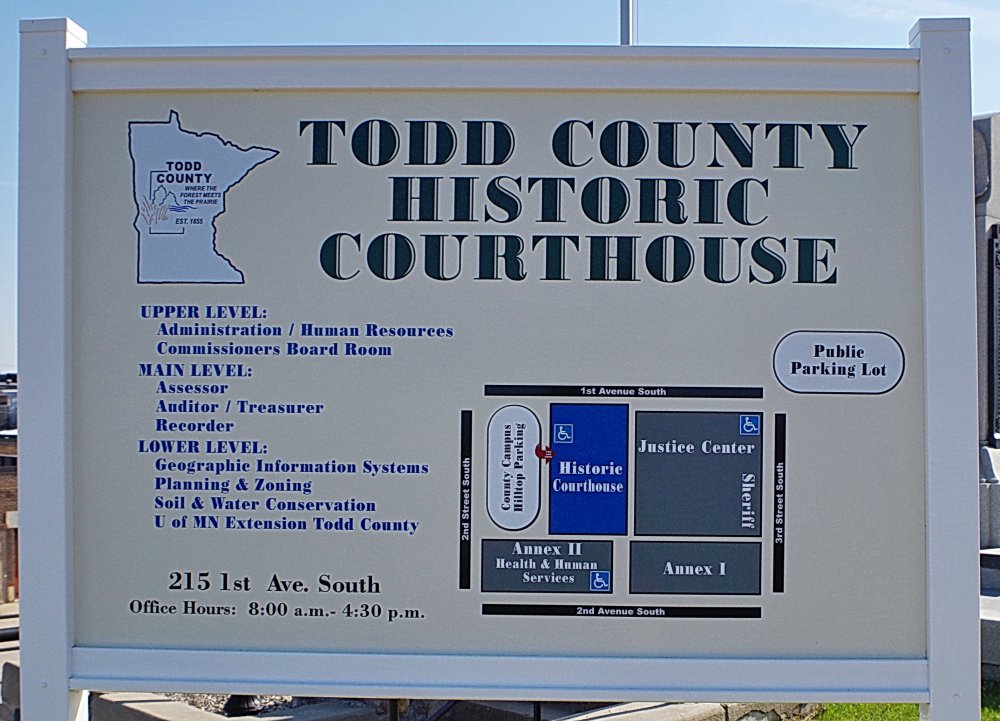 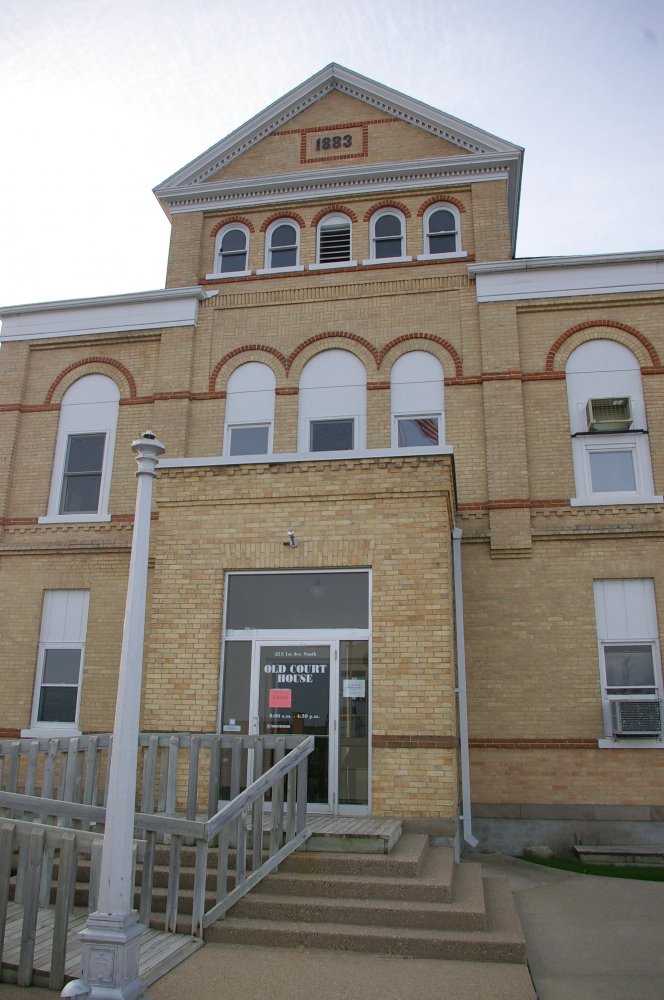 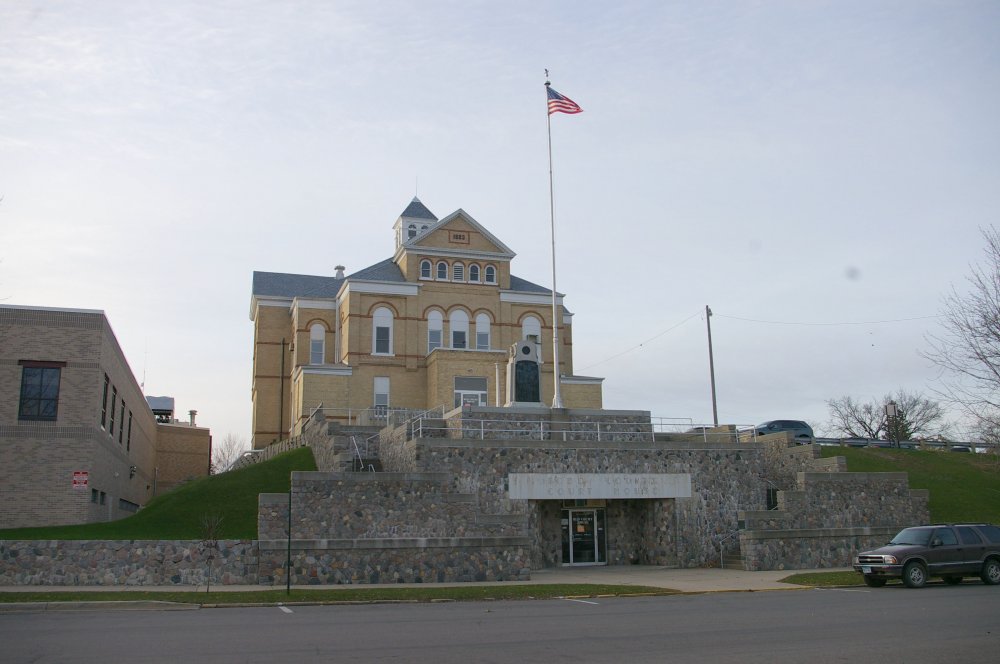 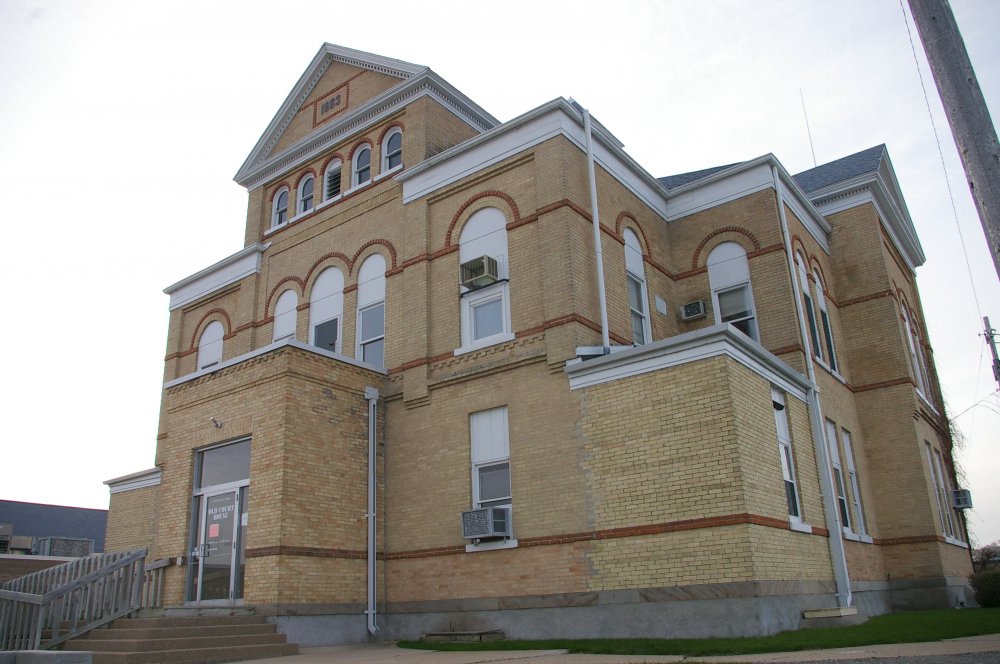 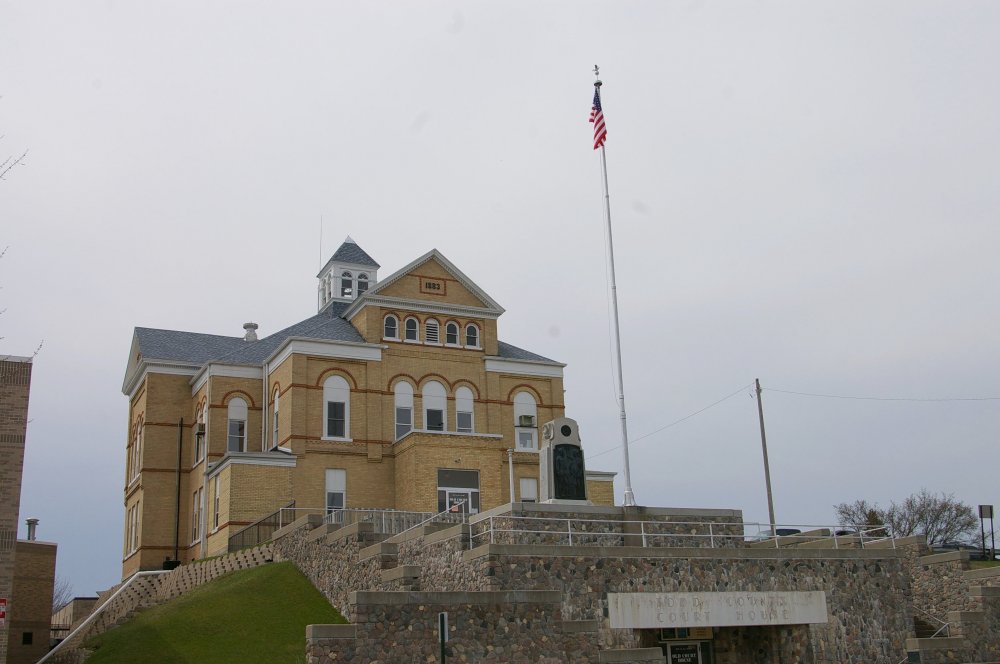