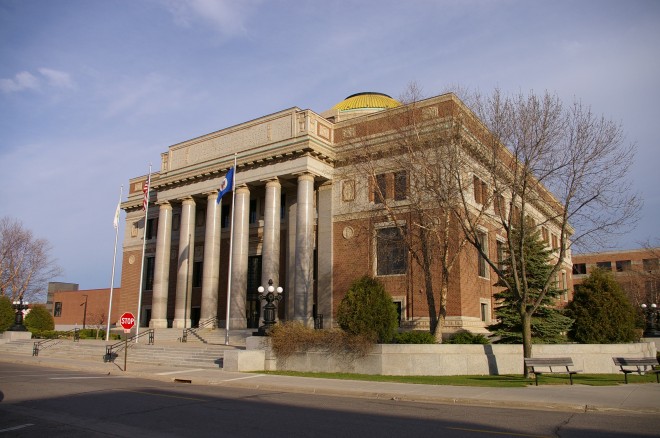 Stearns County is named after Charles Thomas Stearns, by mistake. The county was to be named after Isaac Ingalls Stevens, but an error was made.

Description:  The building faces south and is a three story red colored brick, stone and concrete structure. The building is located on the landscaped grounds of the Courthouse Square in the center of St. Cloud. The south front has a granite columned portico and a shallow dome of yellow colored tile set on a low swag-decorated drum. The building stands 109 feet above street level and measures 120 feet by 130 feet. The building is made of red colored brick and granite block over reinforced concrete. Terra cotta panels decorate the parapet and upper stories, and the same material provides ornamental bands at the water table, frieze, belt course and window surrounds. Above the six-columned portico is carved “Stearns County Courthouse / A Landmark of Civic Progress / A memorial to Sturdy Pioneers”. Dates carved on each side mark the county and courthouse in time. On the east are the words “The Pedestal of Liberty is Justice”, and on the west side “Where Law Ends Tyranny Begins” Inside, marble is used in the floors, stairs, wainscoting, columns and pilasters. A mural by Elsa Jemne depicts the Native American, the first inhabitant of the land. The courtroom is located at the south side of the third story. The building was renovated in 1991. The architect was Korsunky Krank Erickson Grooters Leapaldt Tideman and the contractor was M A Mortenson.

History:  The county was created in 1855 and St. Cloud was designated as the county seat. The county rented office premises. The first courthouse was a two story red colored brick structure designed by James H Place and constructed by John W Tenvorde and Joseph Broker in 1864. Additions were built in 1874, 1884 and 1897. The architect was Hussey & Bergmann and the contractor was Carl Kropp. The second and present courthouse was constructed in 1921 to 1922 at a cost of $850,000. 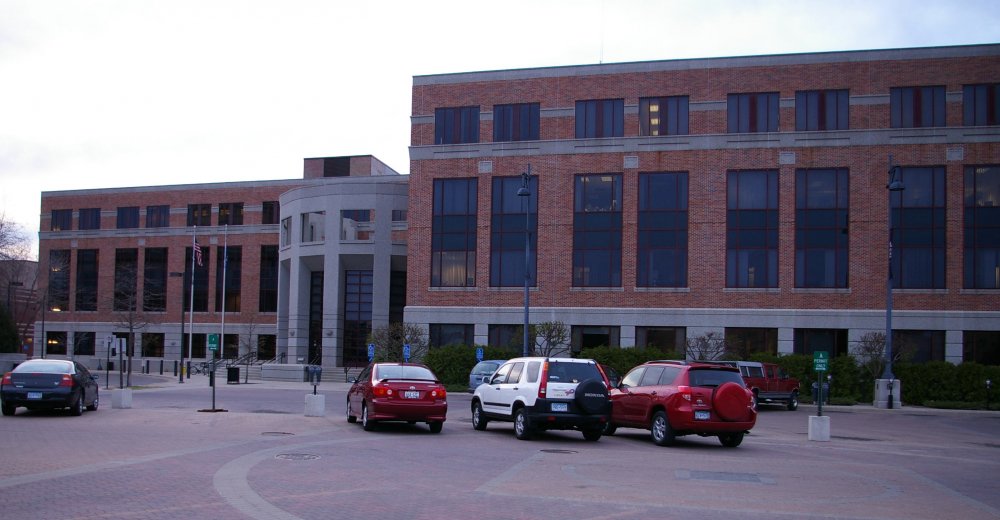 Description:  The building faces south and is a four story red colored brick and concrete structure. The building is located on the landscaped grounds of Courthouse Square in the center of St. Cloud on the north side of the courthouse. The building is “L” shaped with a large concrete portico at the junction on the east wing. The roof line is flat. The interior has a large entrance lobby. 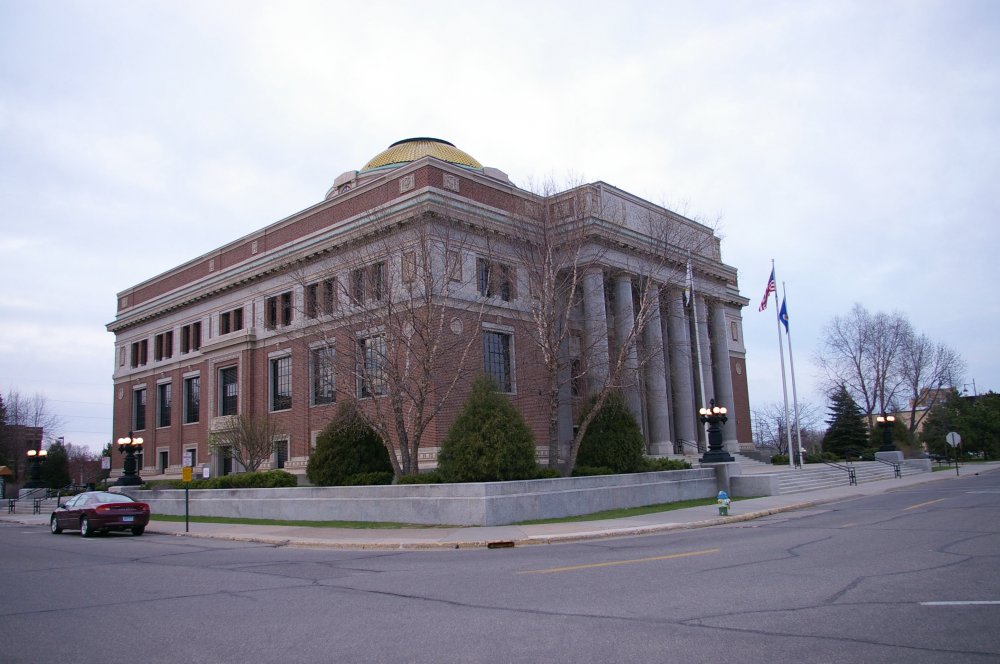 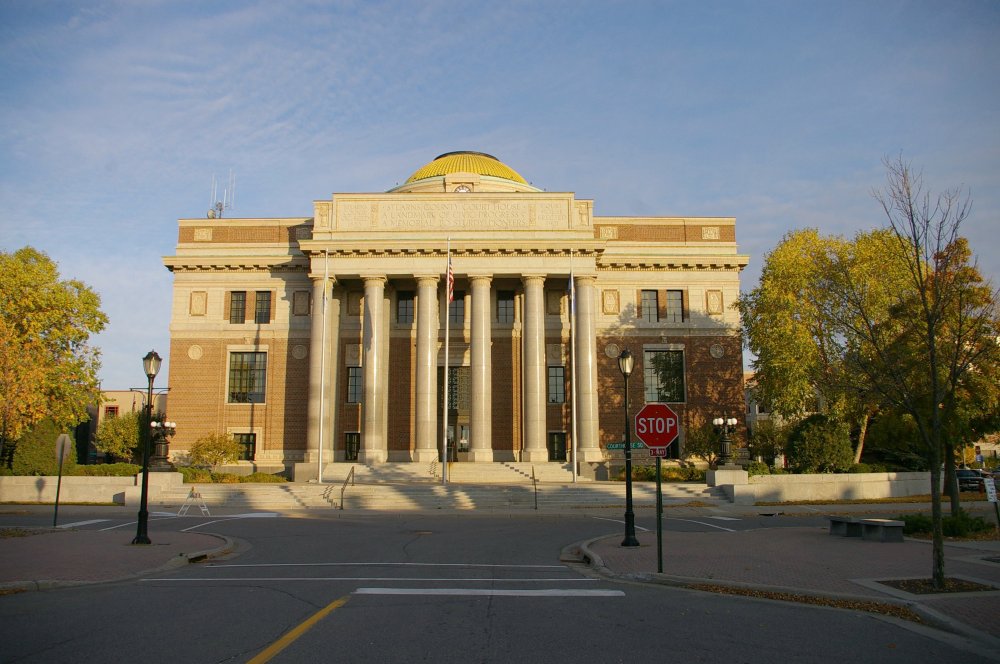 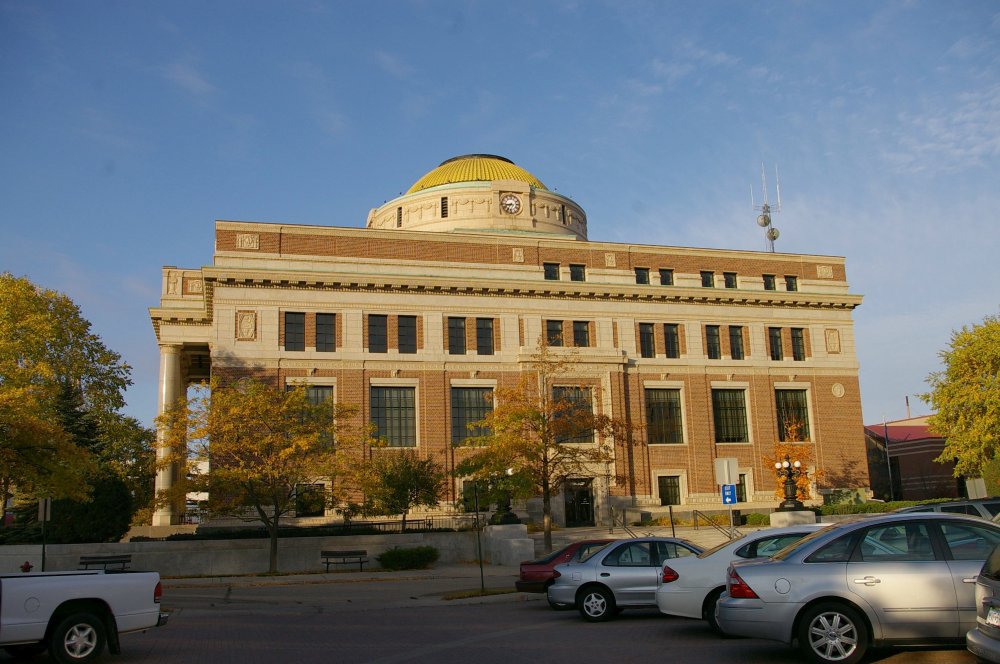 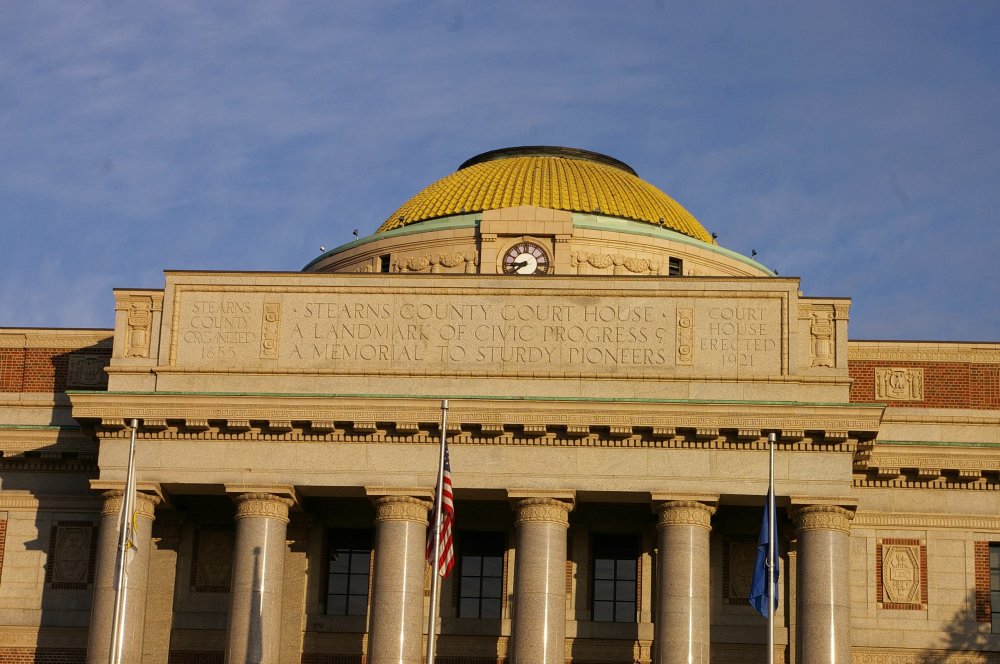 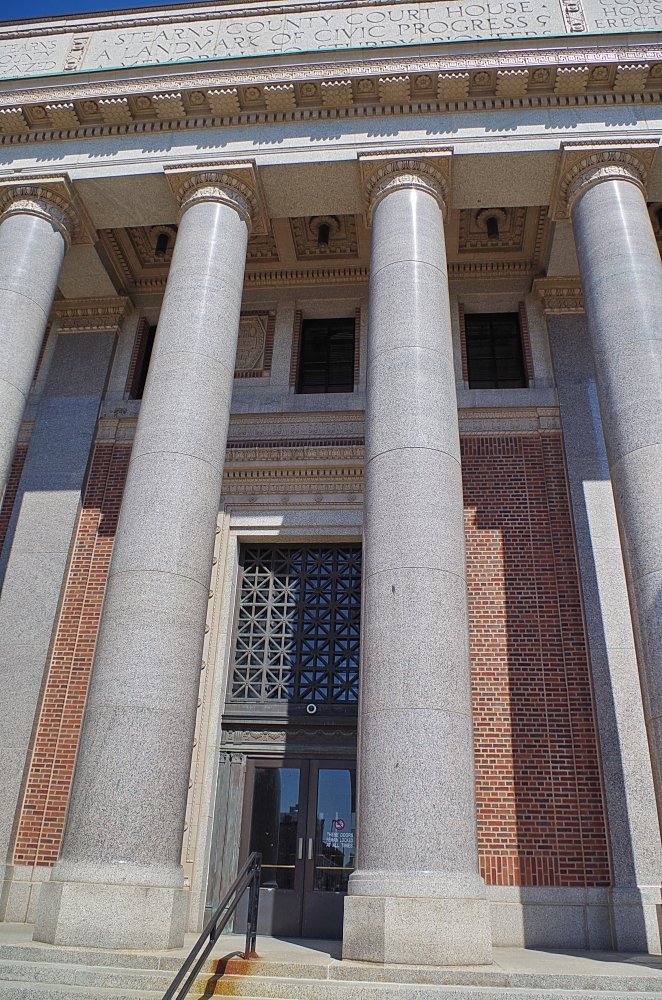 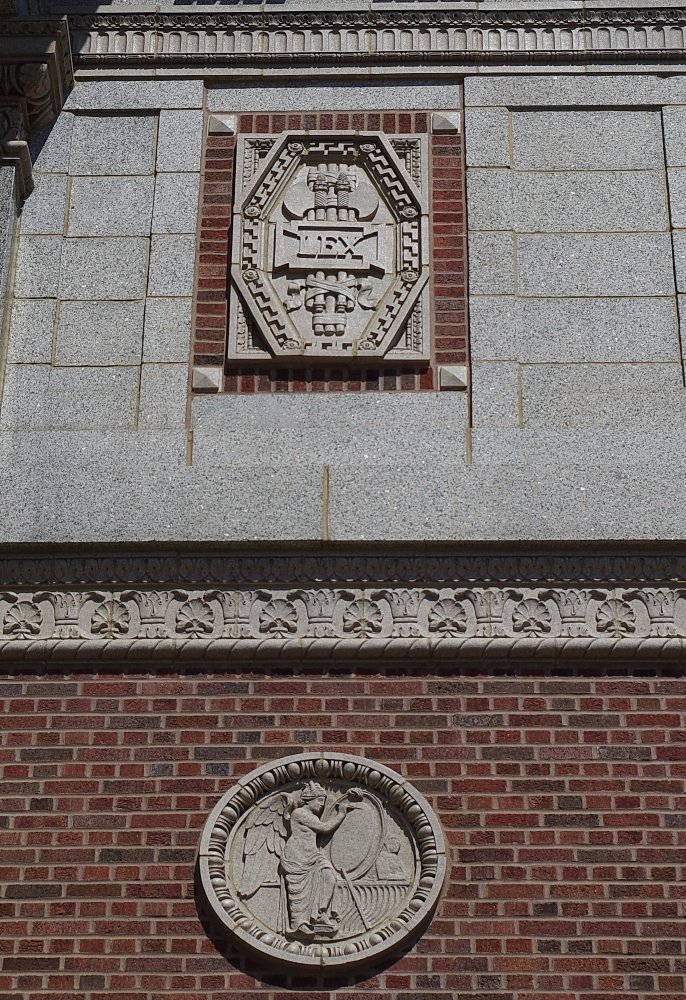 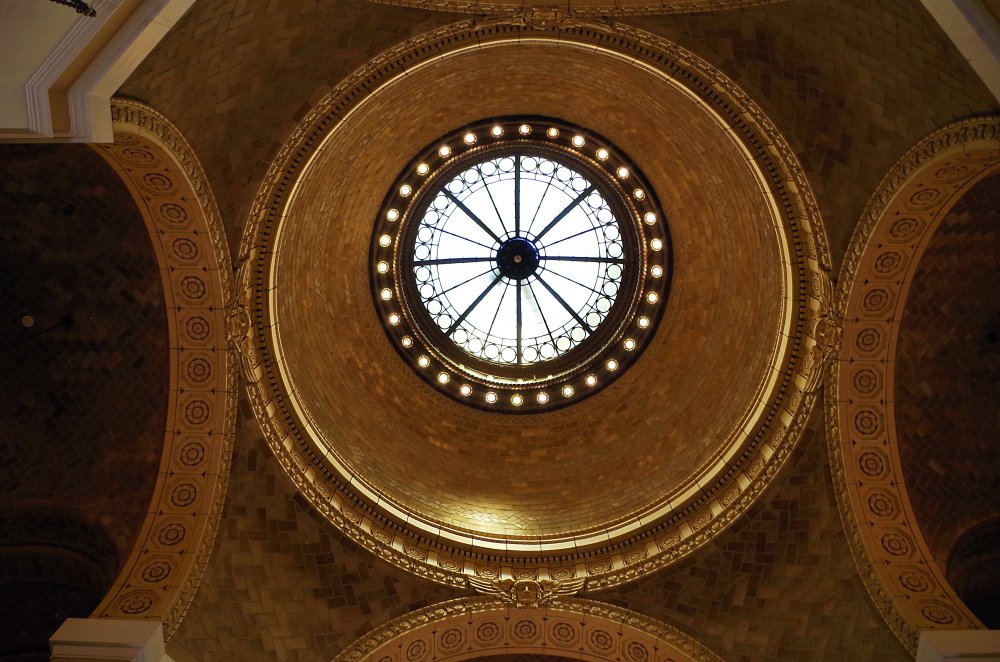 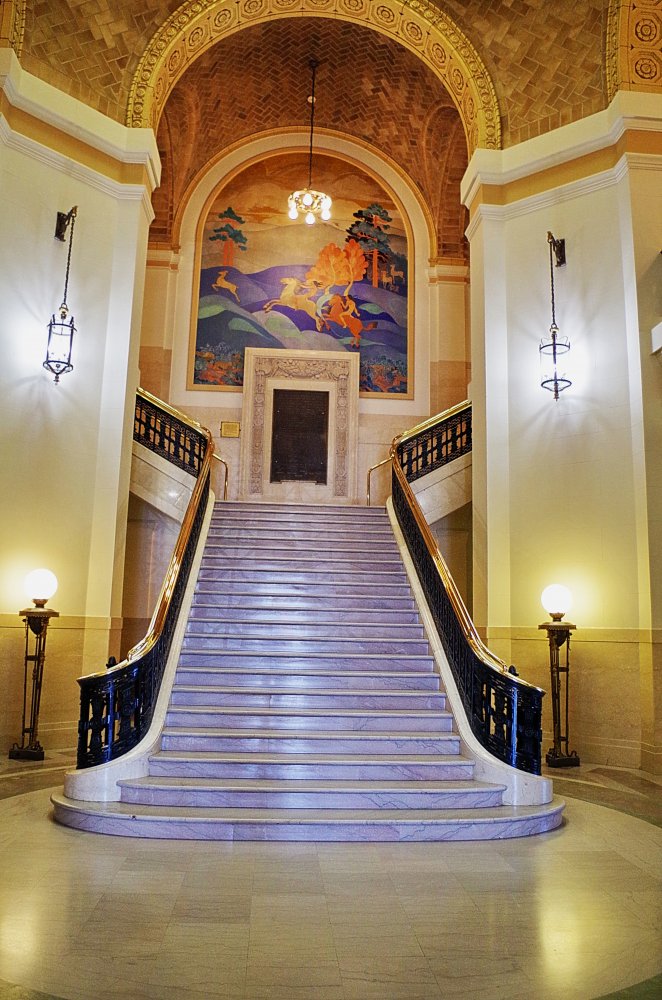 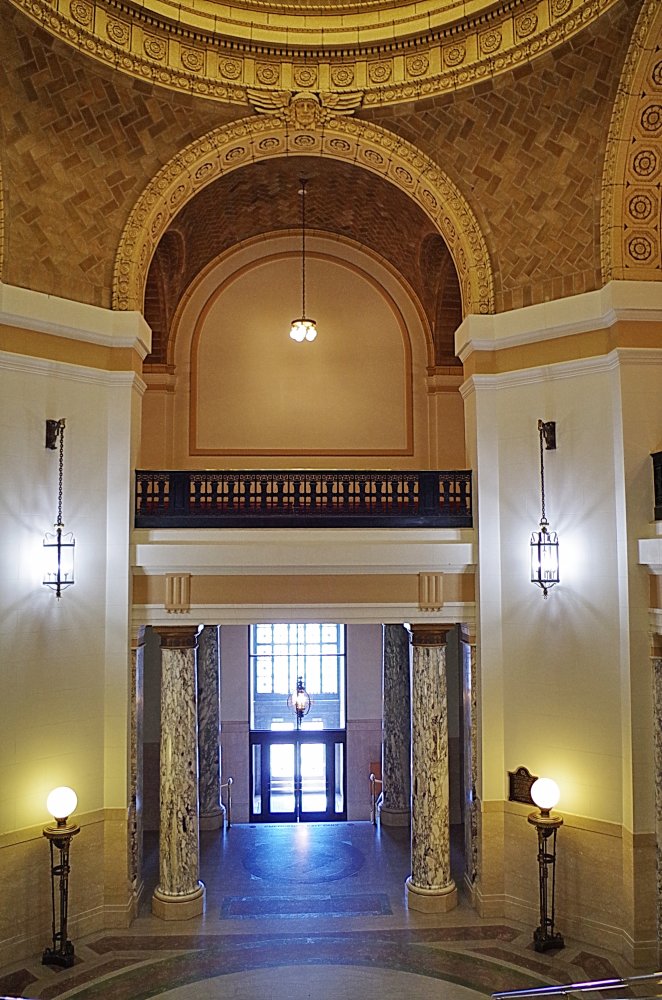