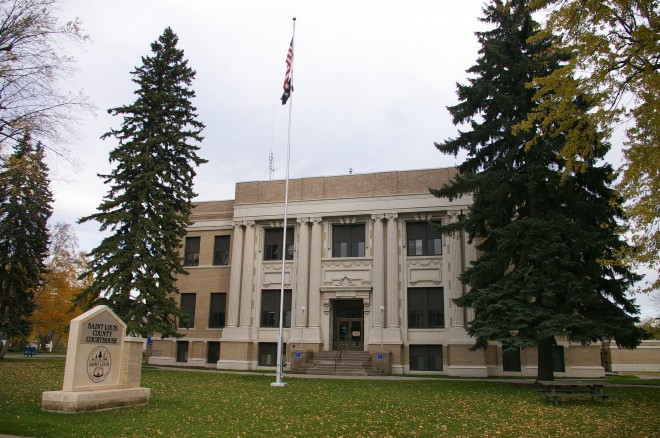 Architect:  Bray and Nystrom of Duluth

Description:  The building faces west and is a two story structure. The building is located on landscaped grounds in the center of Virginia.. On the west front is a classical portico with four sets of ornate double columns that set off the three bay pavilion. The end bays have simple single windows above a high basement story. A balustrade crowns the roofline above the cornice, quoins define the corners, and carved swags and garlands decorate spandrels and window tops. Light standards with white globes guard the west entrance. The interior is arranged around a two-story central rectangular space covered by a skylight. Interior spaces have intact woodwork, doors, terrazzo floors, and ornamental ceilings blemished only by false ceilings in parts of the lower level. The ceiling of the entrance has classical details including modillions, acanthus leaves, and egg-and-dart molding. A staircase with an ornate iron balustrade gives access to the basement and upper floors. Walls are covered with marble wainscoting and exposed beams highlight the ceilings. The supervisor during construction was J H Robinson. An addition was added in 1921. The architect was Croft & Boerner and the contractor was National Construction Company. The building was remodeled in the 1980’s.

History:  In 1904, the first courthouse was a small frame building on the edge of Virginia’s business district. In the summer of 1909, the county paid $800 per year to lease part of the second floor of the Virginia City Hall for its district court as the second courthouse. The third and present courthouse was constructed in 1909 to 1910 at a cost of $75,000.

See:  The Saint Louis County courthouse is located in Duluth. 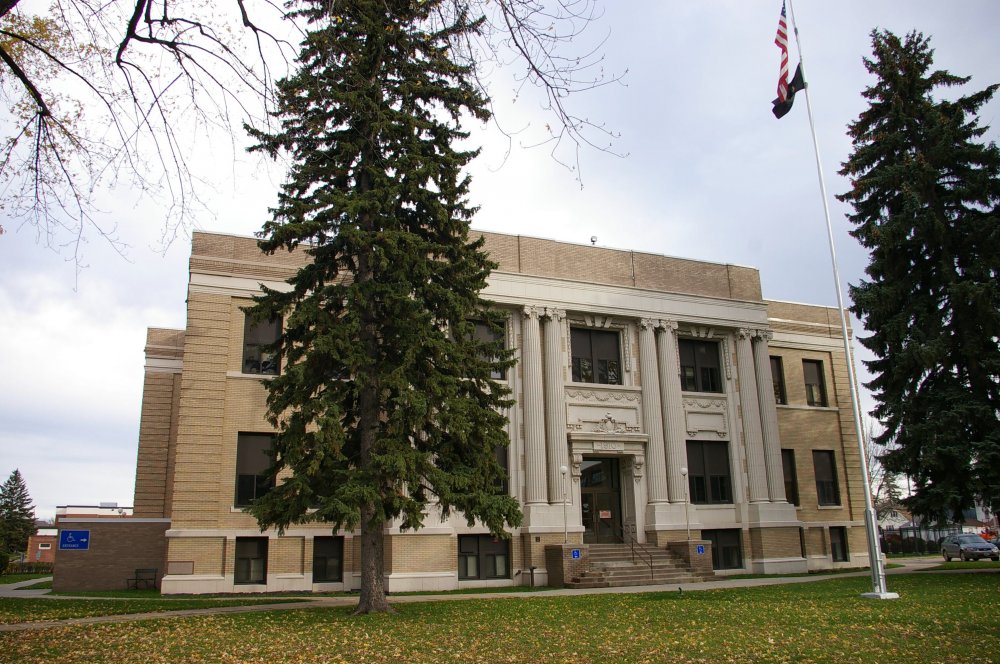 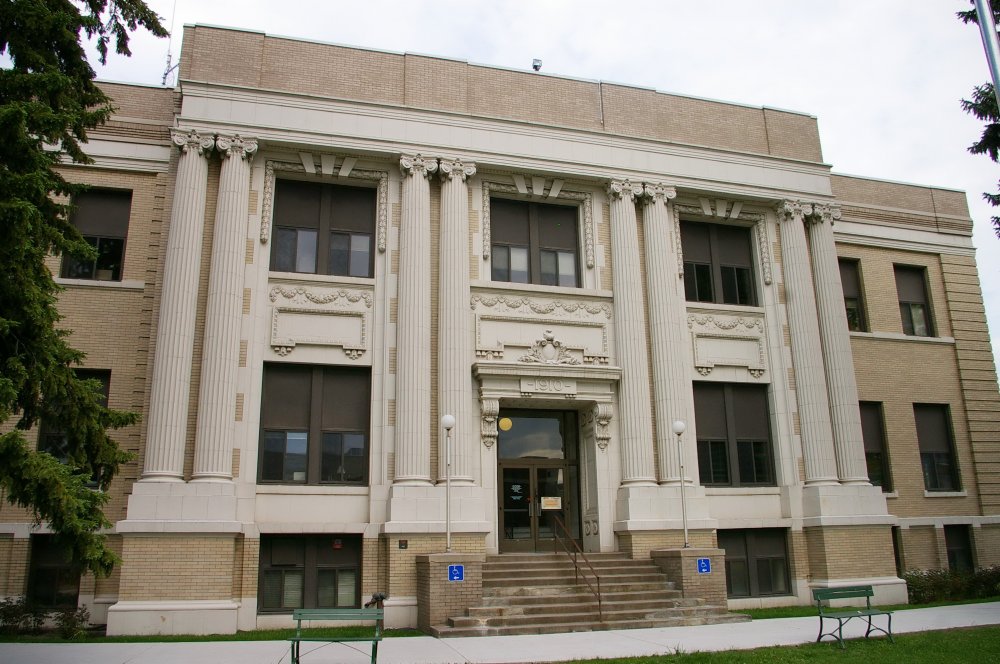 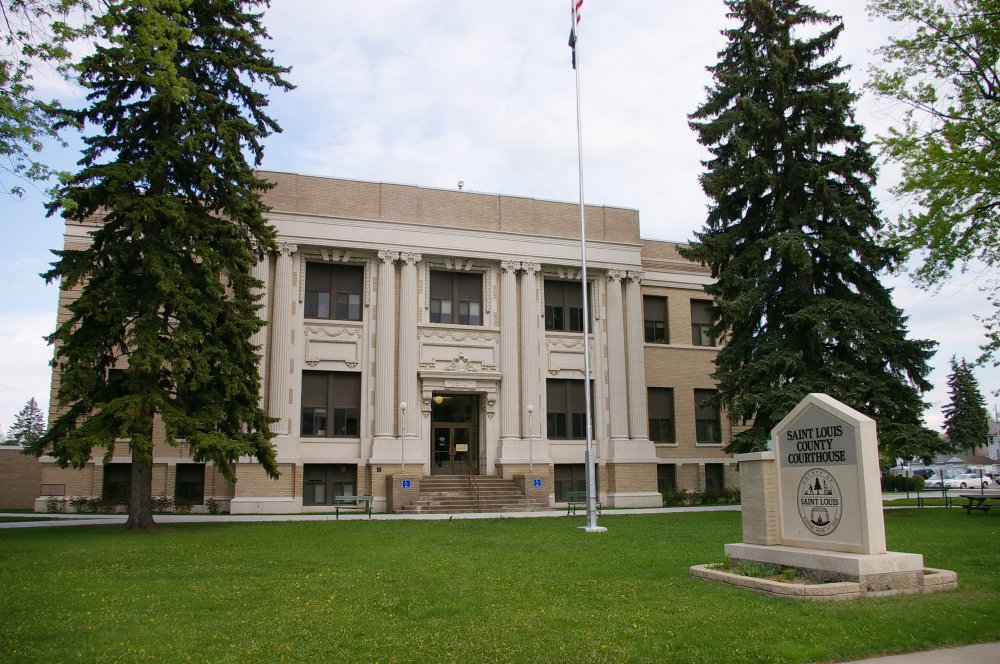 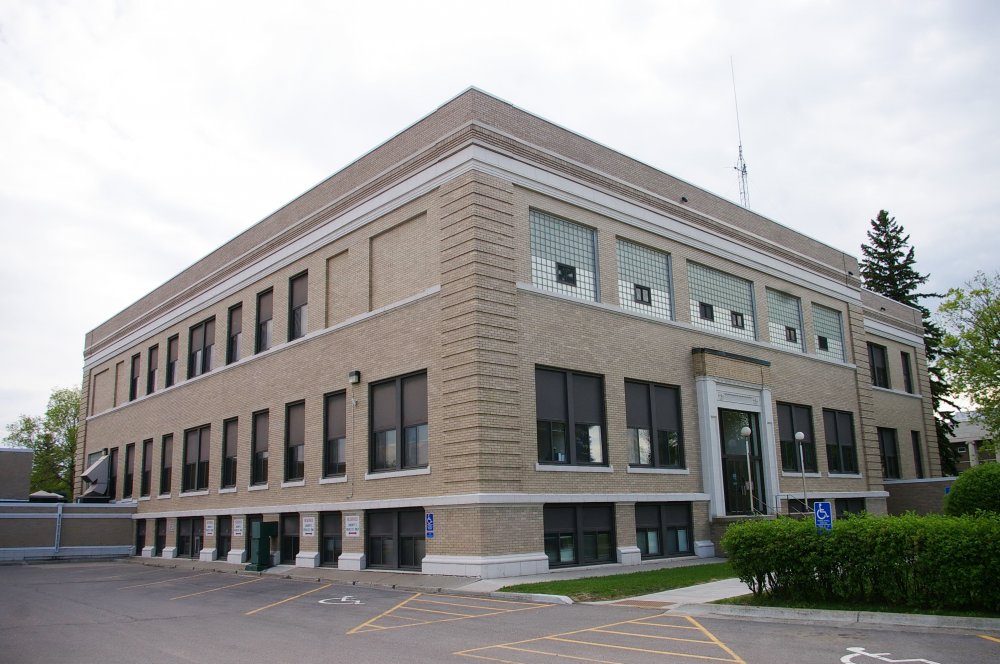 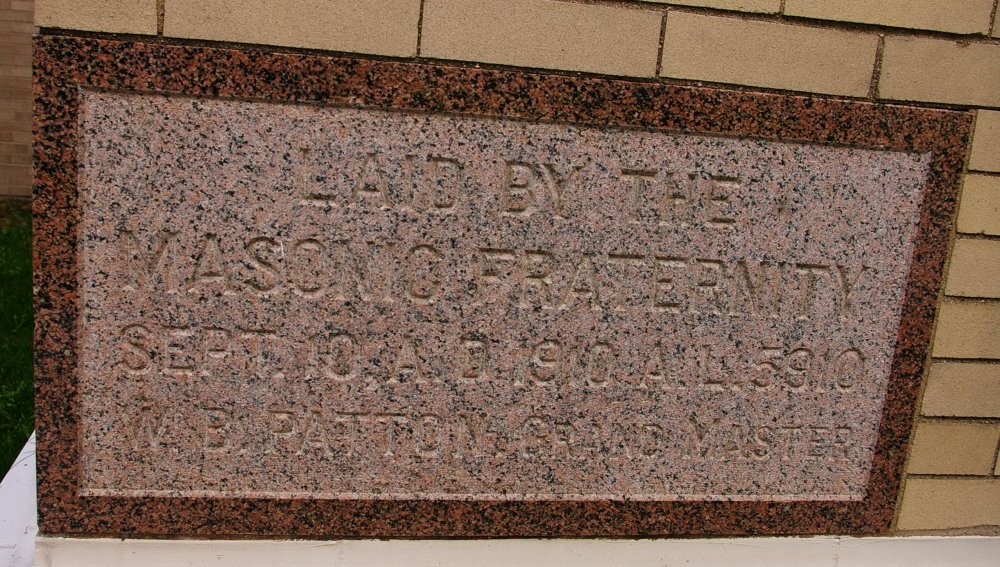 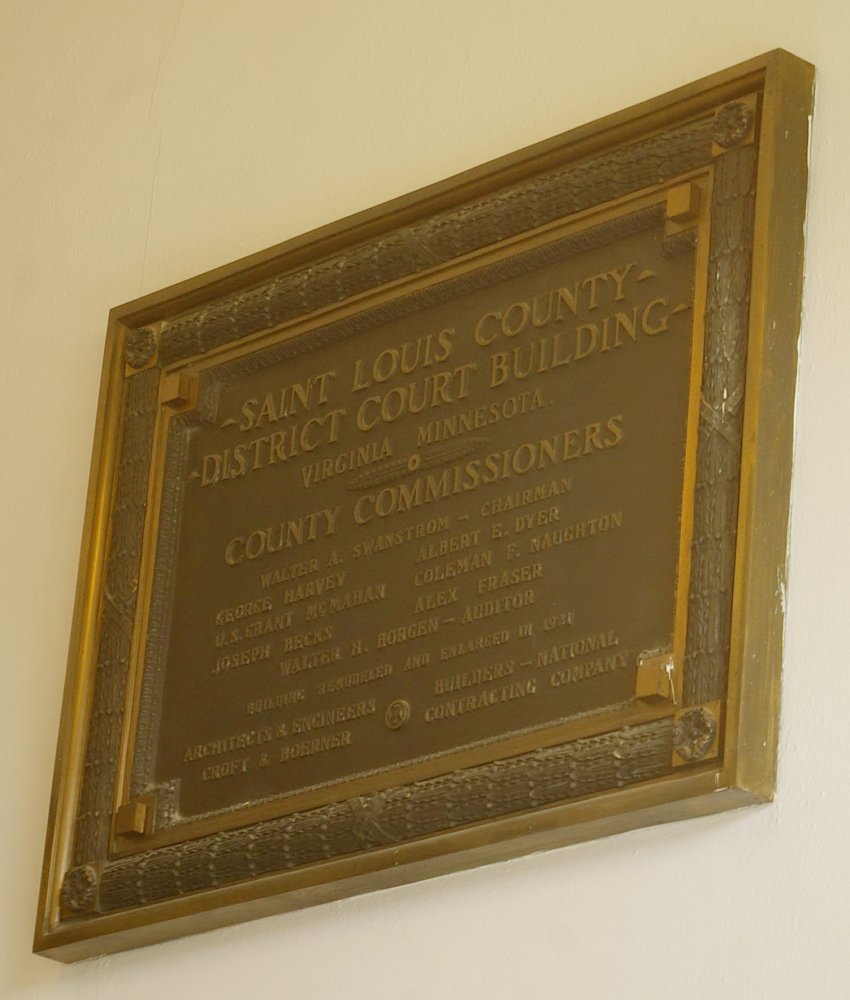