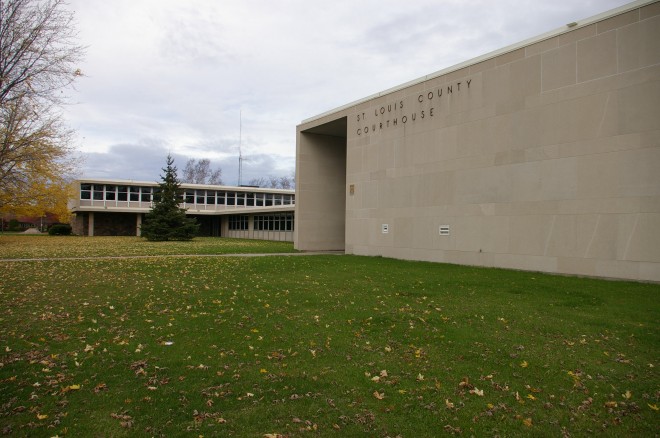 Description:  The building faces north and is a two story contemporary style structure. The building is located on spacious landscaped grounds in the center o Hibbing. The exterior walls are Indiana limestone with red colored marble on the massive interior wall between the courtrooms. The long hallway connecting the two ends of the building takes advantage of the natural light transmitted through unique domes spaced along its length. A glass panel extends through the entire height at one end of the long face of the building. The south end of the building is adorned with long columns that seem to glow at night when lighted.

See:  The architect Jyring and Jurenes of Hibbing also designed the courthouse in Itasca County.

History:  The first courthouse was a two story structure designed by J J Wangenstein and constructed by Hugh Fawcett Construction Company in 1910 to 1911. The courthouse was demolished when the entire town of North Hibbing moved south in response to expanding open-pit iron mining operations. The second and present courthouse was constructed in 1954 to 1955 at a cost of $840,000.

See:  The Saint Louis County courthouse is located in Duluth. 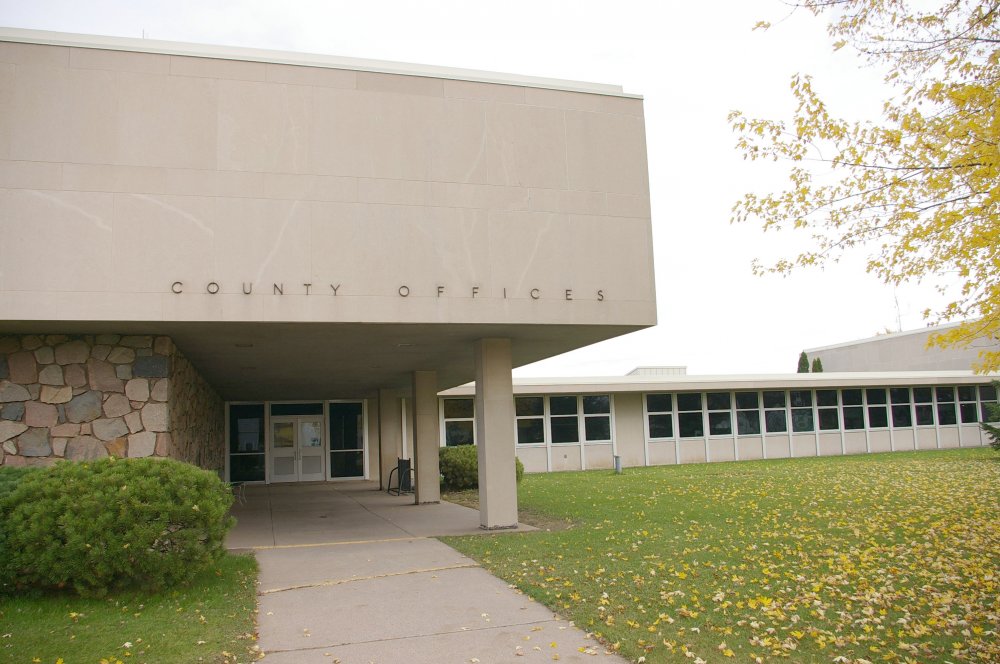 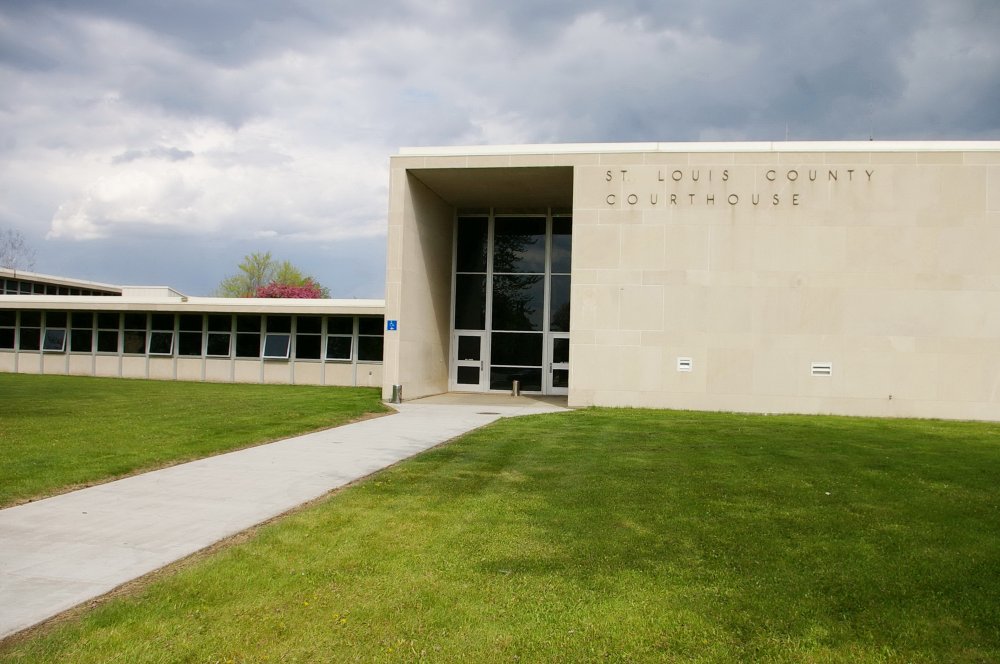 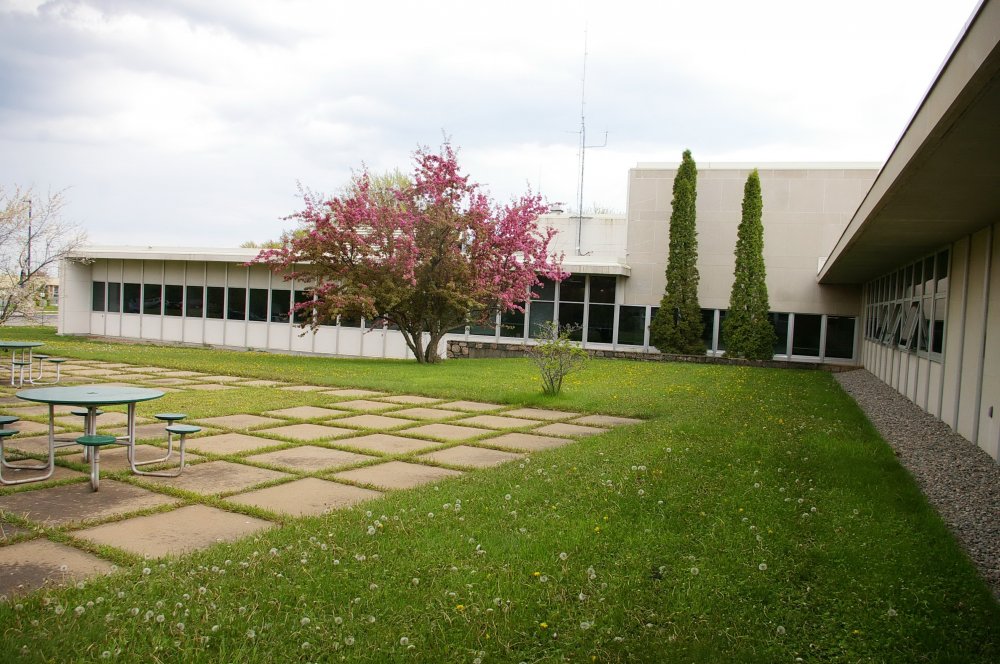 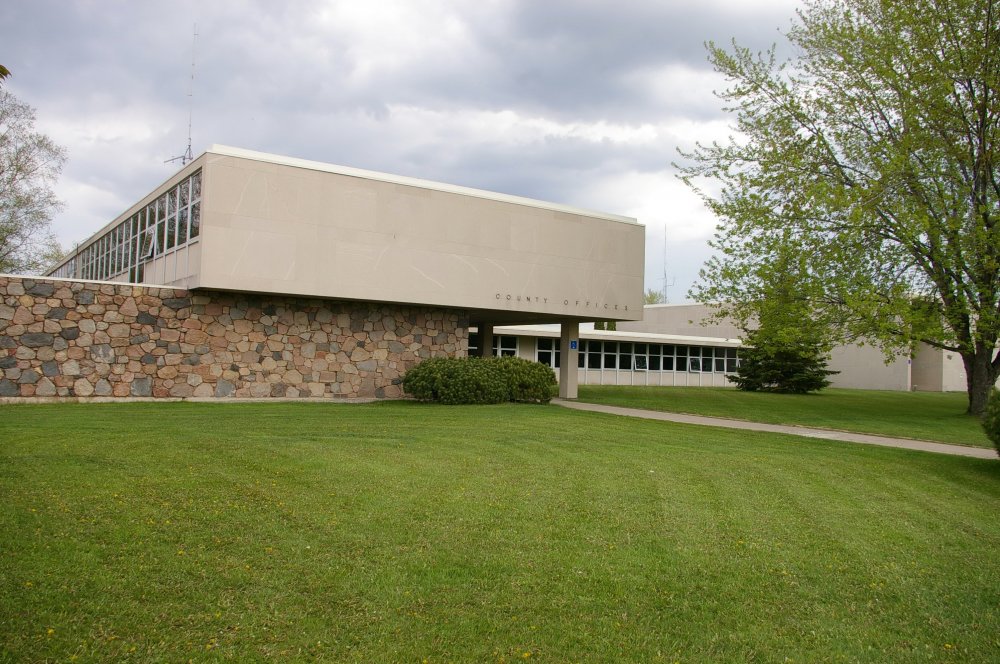 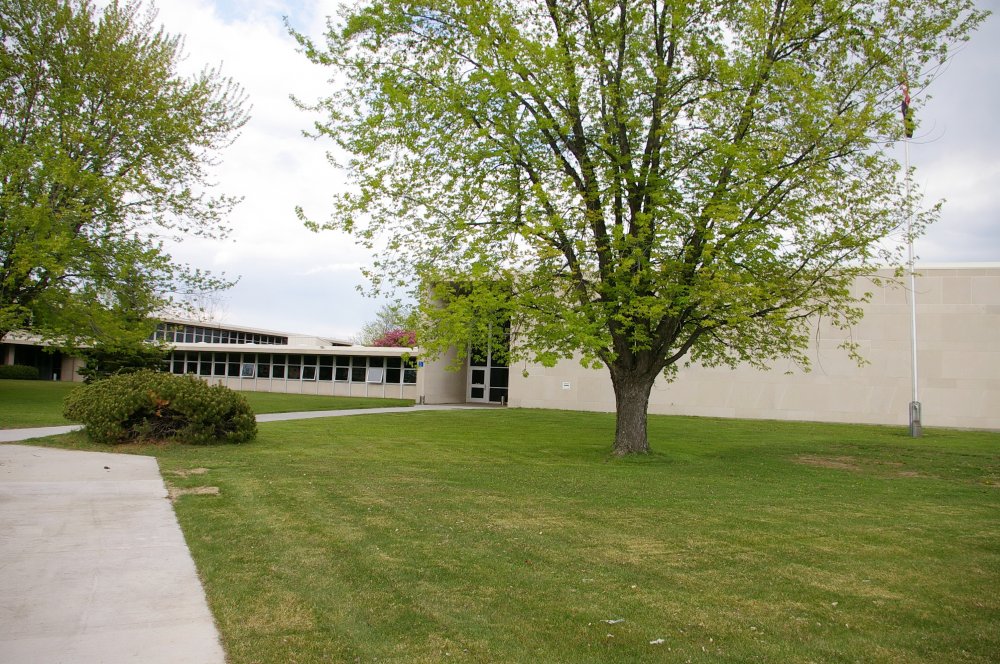 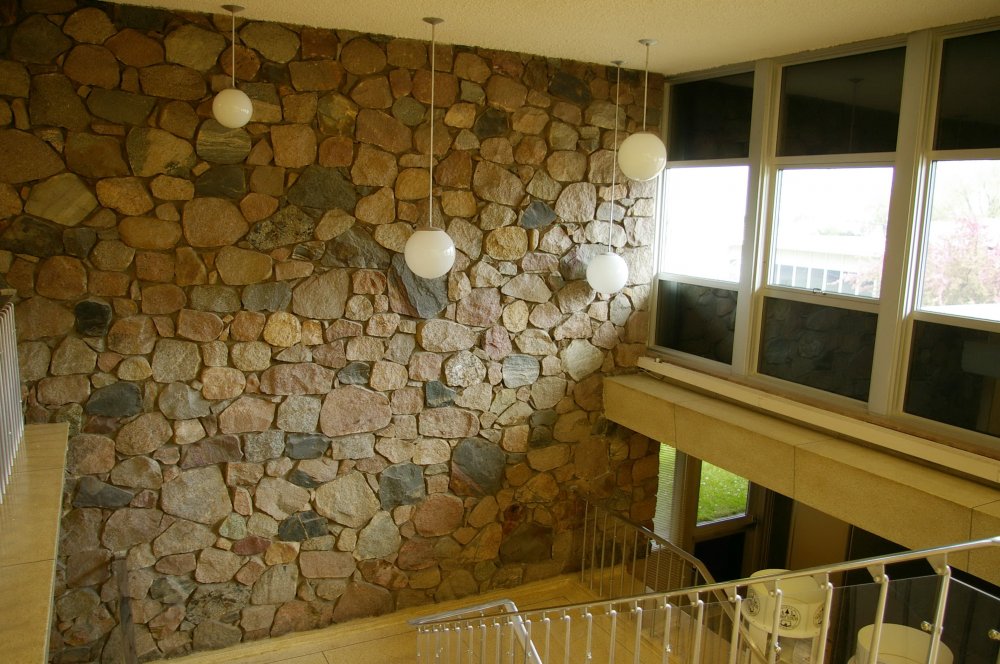 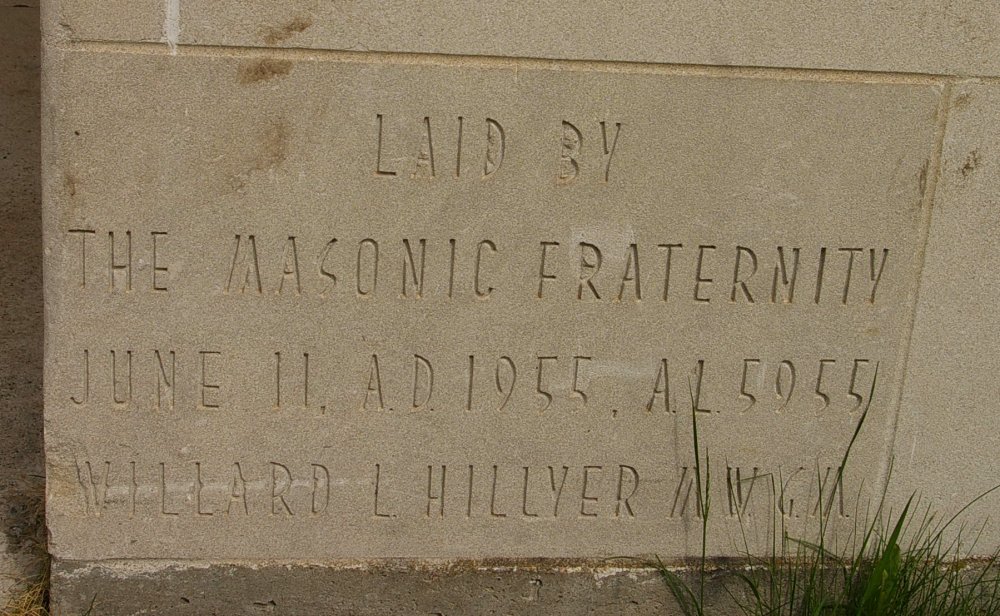 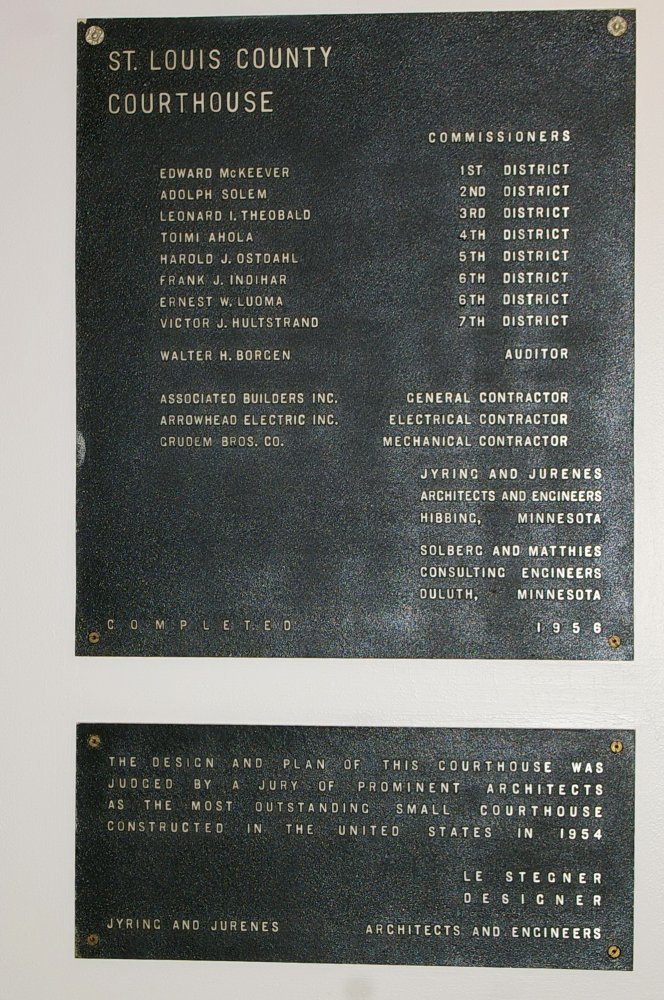