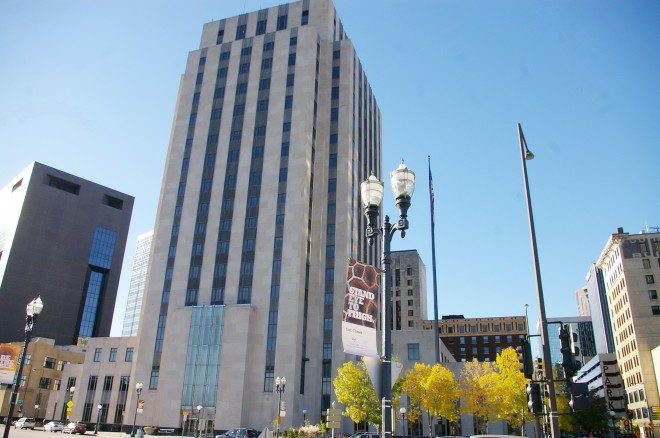 Ramsey County is named after Alexander Ramsey, who was the first Governor of the Minnesota Territory in 1849.

Description:  The building faces south and is an eighteen story structure. The building is located in the center of Saint Paul. Each of the eighteen floors is finished in a different wood from around the world, and features 23 kinds of wood from 18 counties and marbles from all over the world. Paintings in the Council Chamber depict pioneer days and modern Saint Paul. A 36 foot high onyx statue the “Indian God of Peace” dominates the marble concourse. The building also houses the Saint Paul City Hall. To the east is the County Government Center East..

See:  The Minnesota Supreme Court is located in the county. 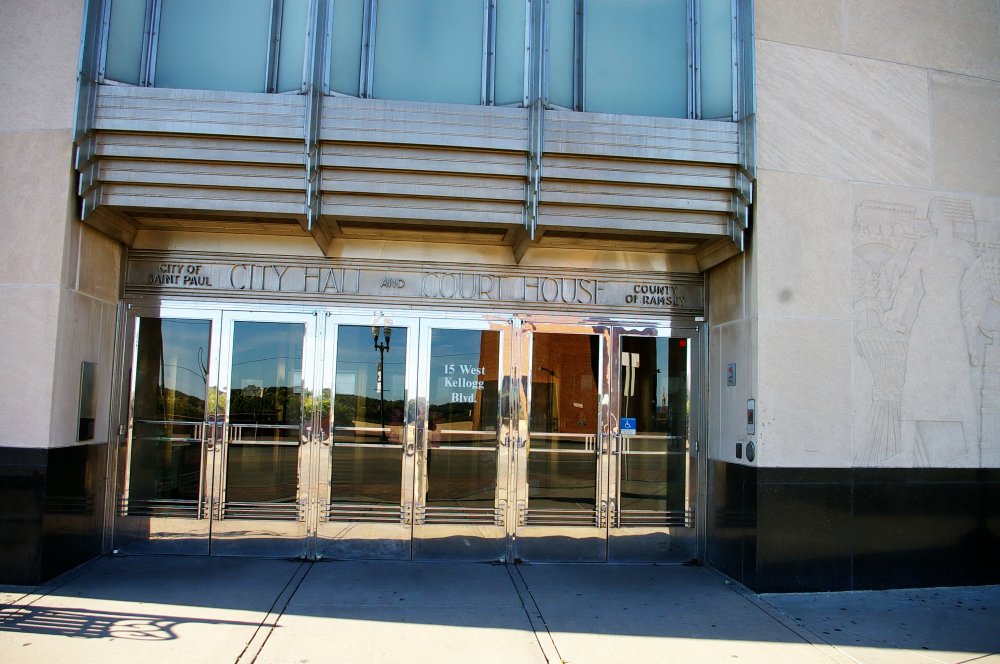 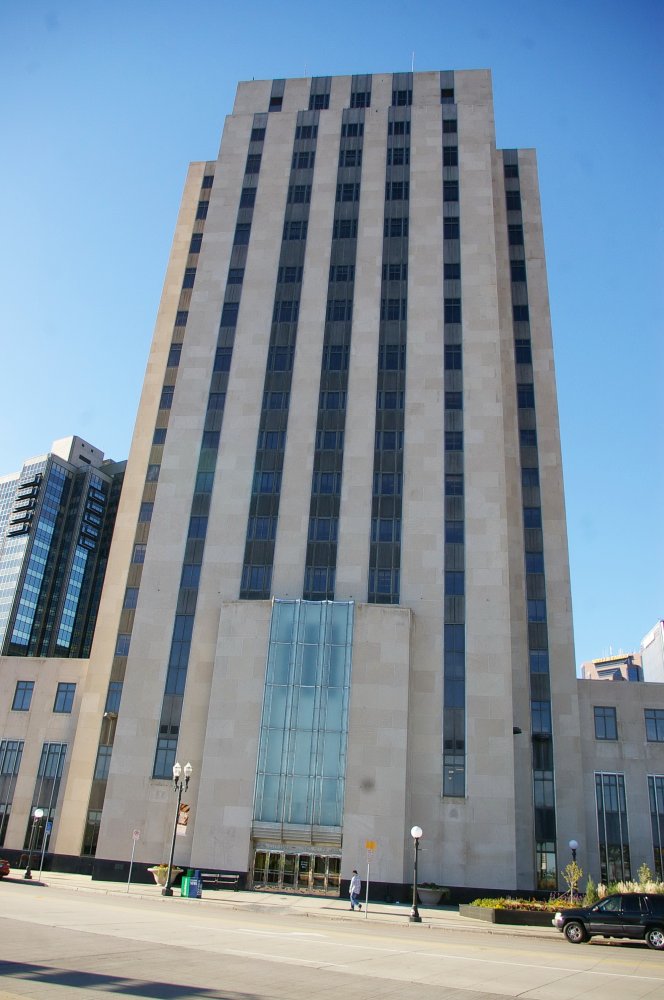 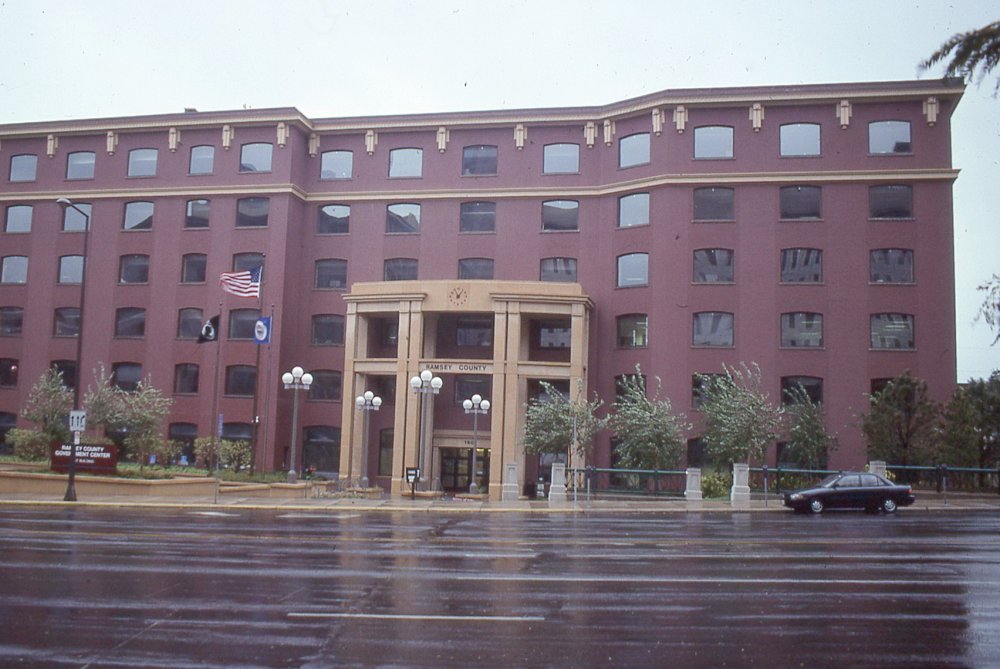 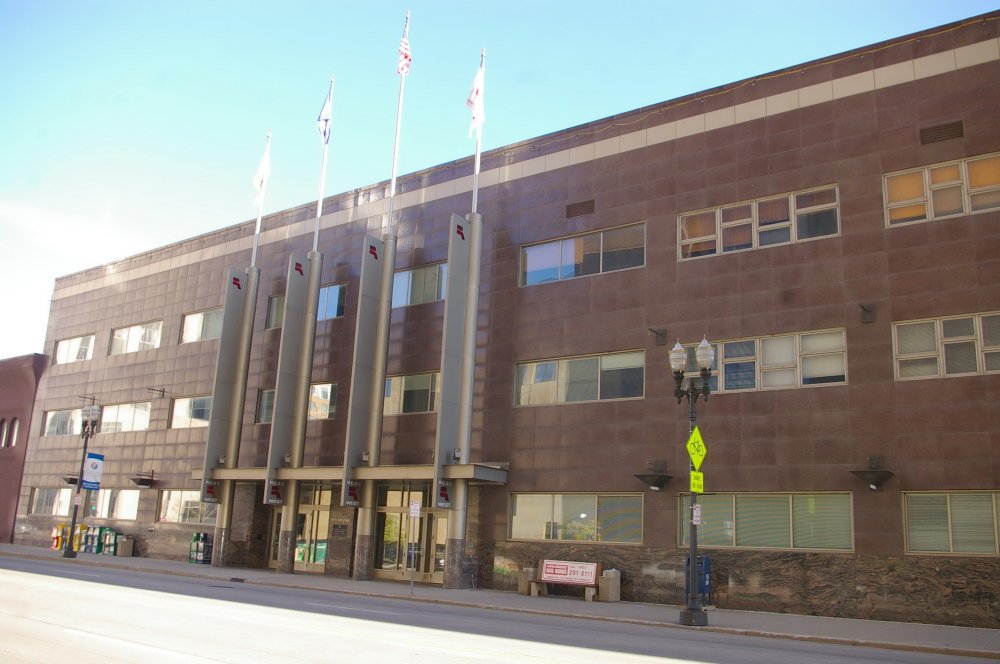