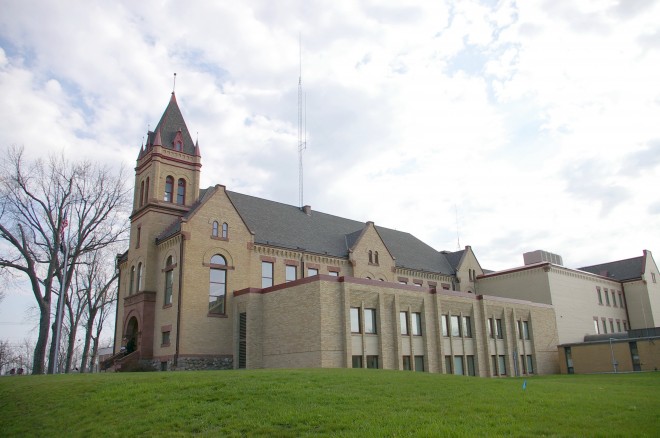 Kanabec County is named for the Snake River which is named “kanabec” in Ojibwaymeaninmg “snake”.

Description:  The building faces west and  is a three story brown colored brick and stone structure. The building is located on spacious landscaped grounds in the center of  Mora and  is constructed with light colored brick trimmed with brown colored sandstone rising from a rubble stone foundation. The building has no basement. The windows and entrance are arched. A row of corbelled brick marks the eves. Tourelles accentuate the corners of the peaked square central tower that rises four stories. Inside are hardwood floors and a staircase with spool balusters of oak. In 1937, a three story addition was added to the east side. The architect was Thomas J Shefchik and contractor was Wendell P Huber. In 1974, a two story addition was added to the south side. The architect was Fred Wemlinger of St. Cloud. The building was renovated in 1999. The architect was Architecture One and the contractor was W Gohman Construction Company. 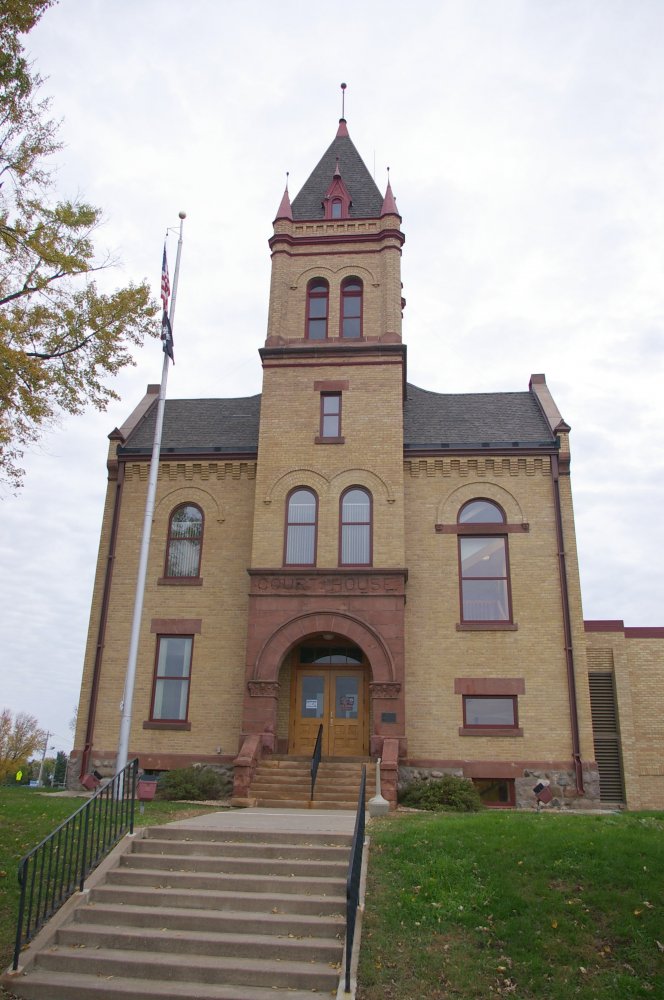 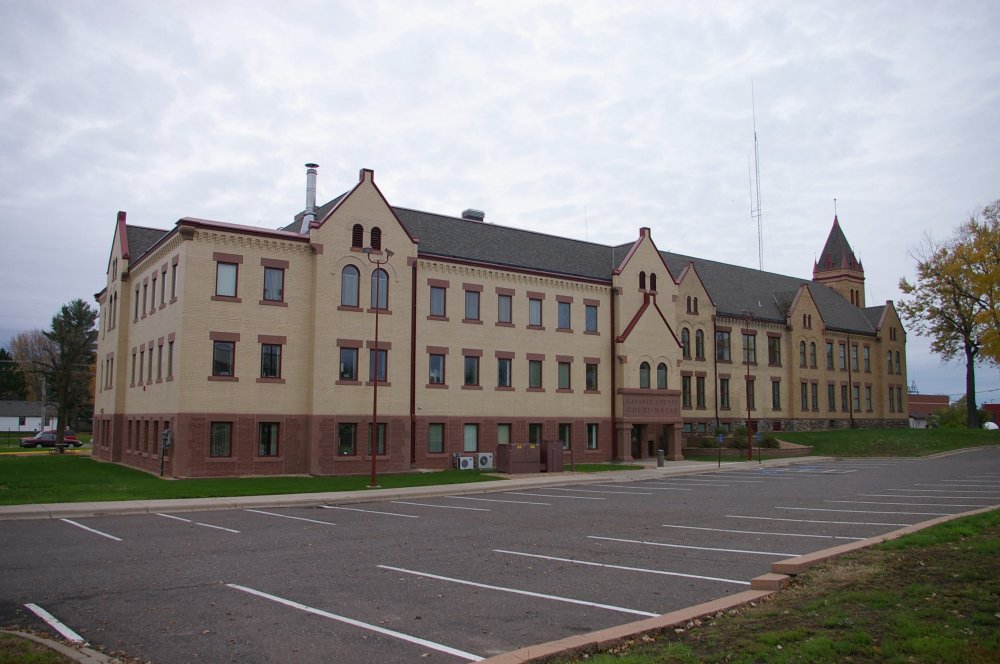 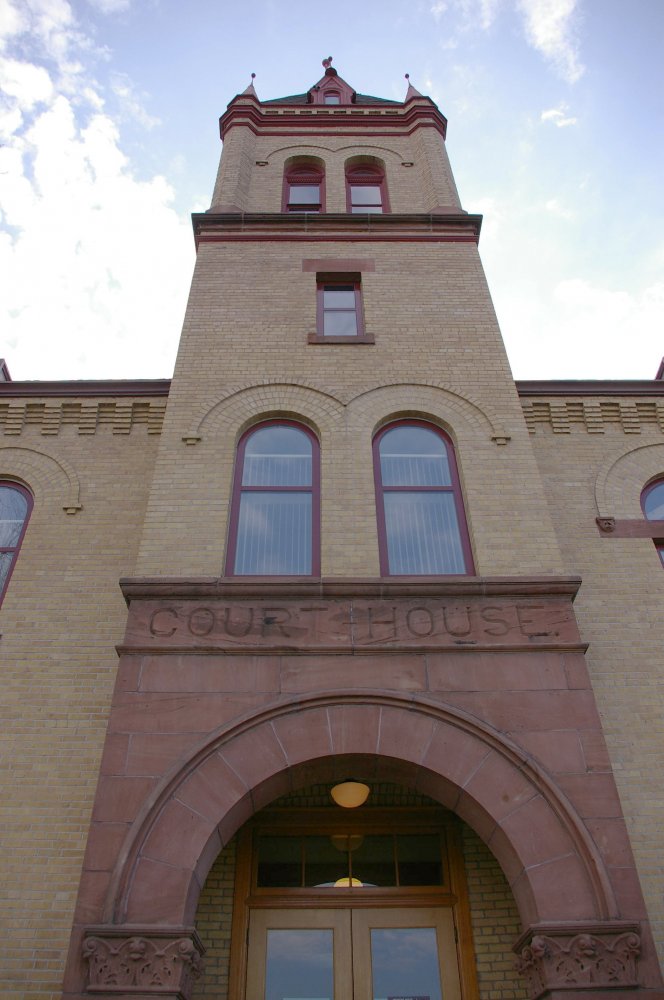 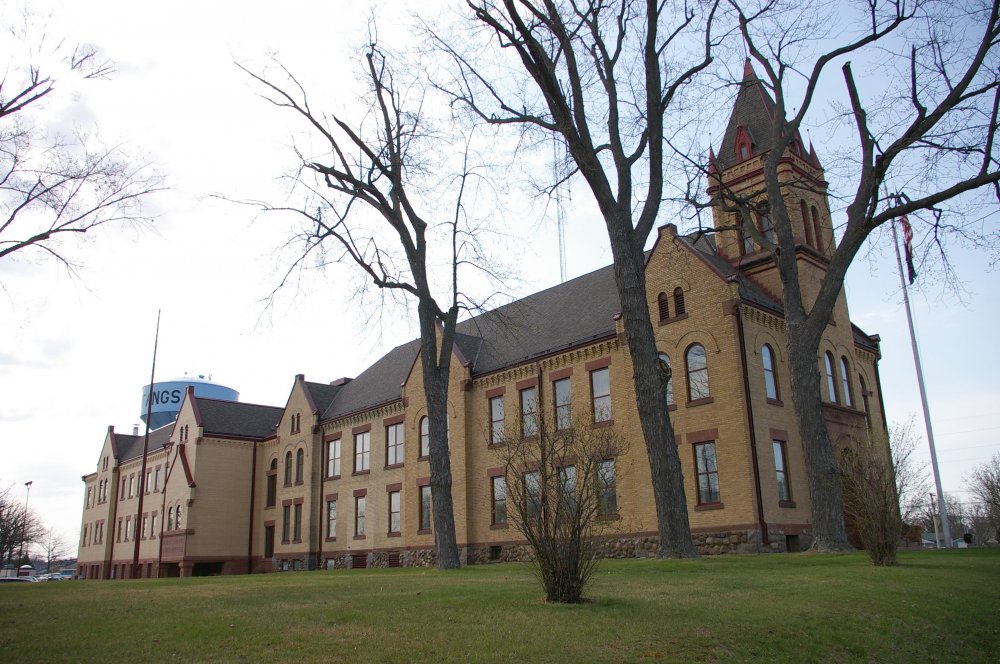 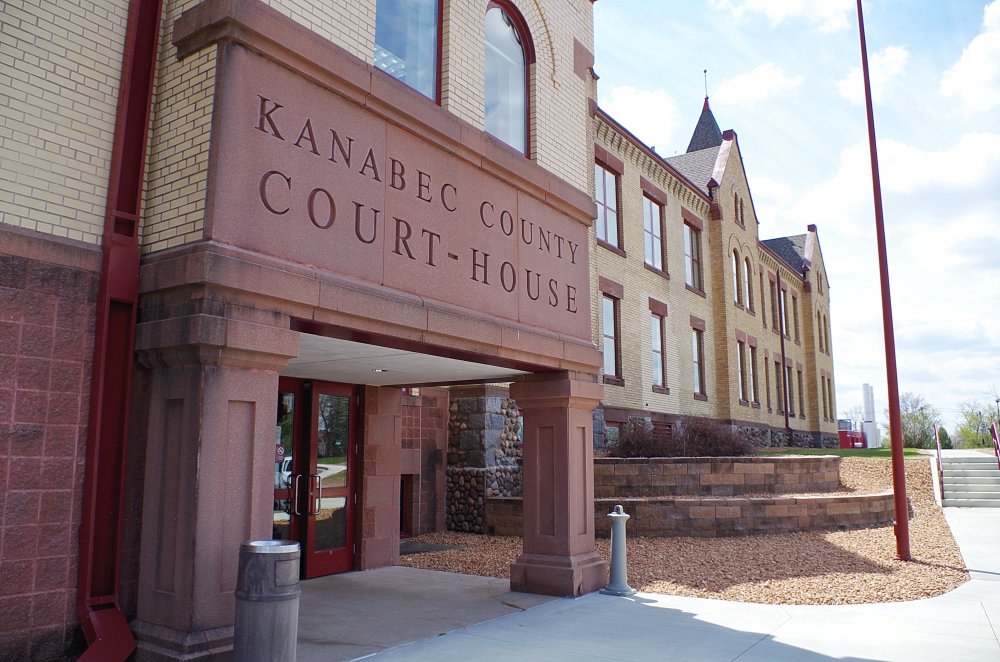 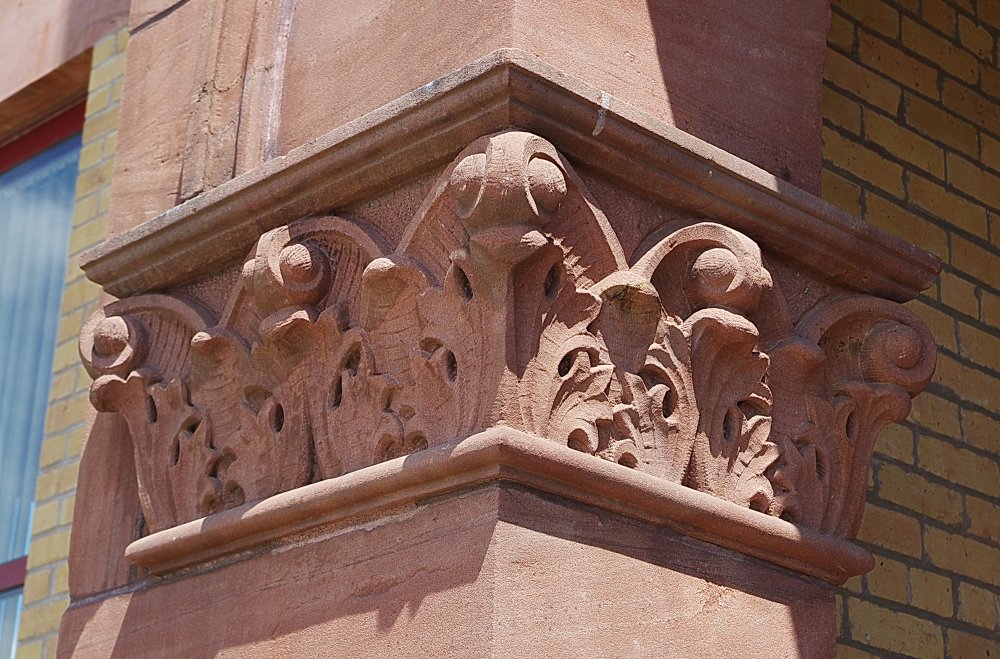 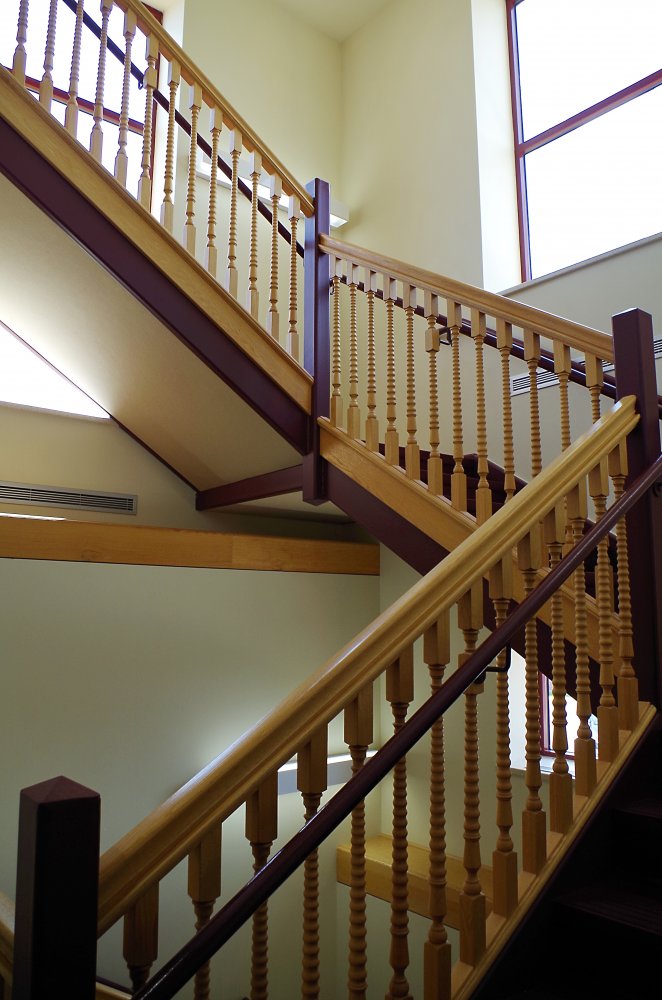 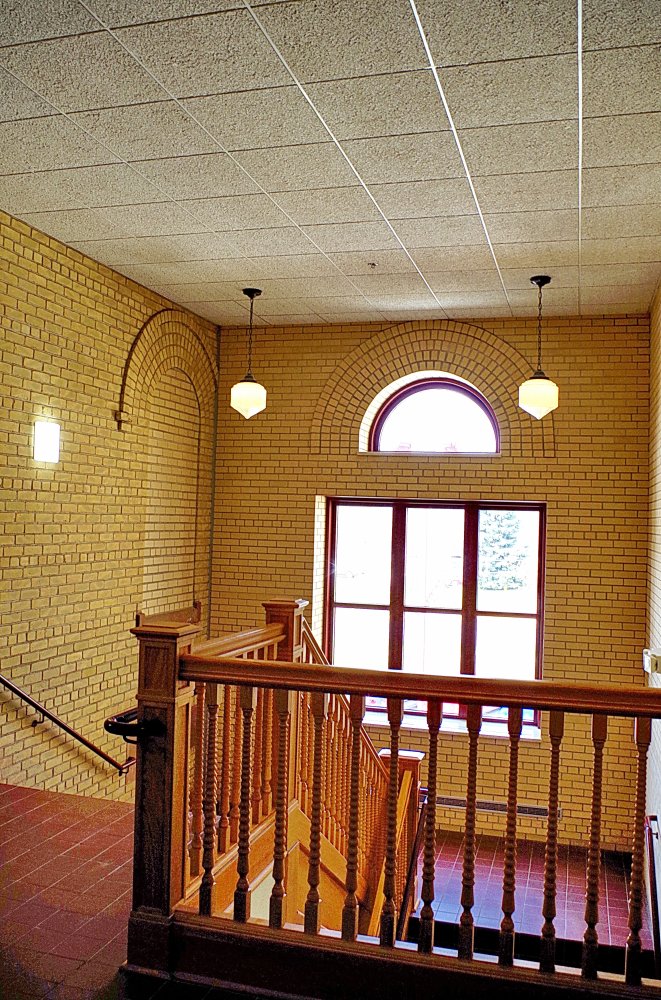 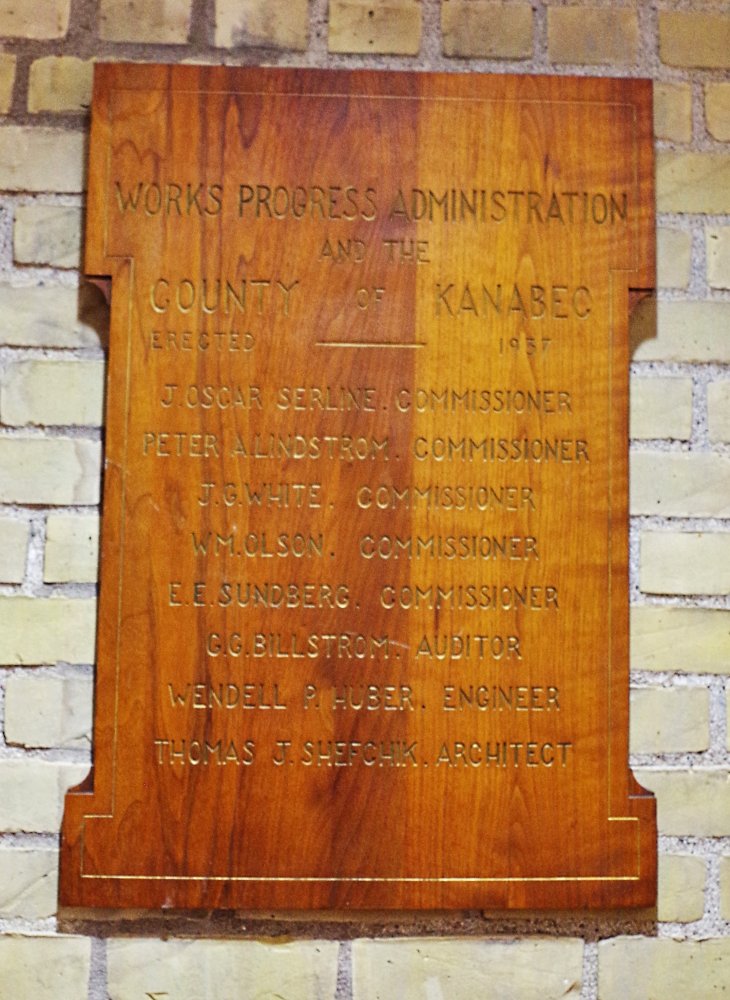