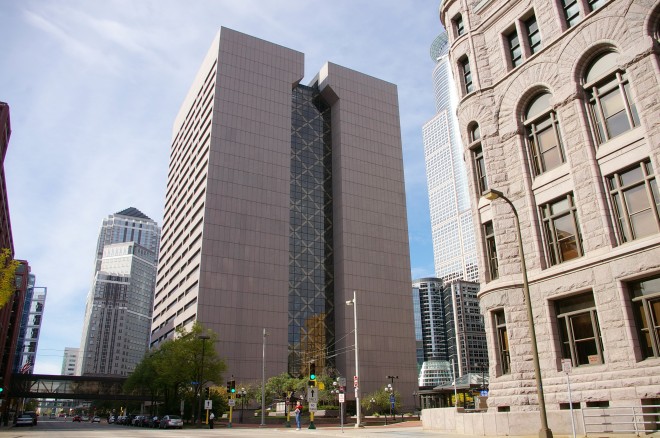 Hennepin County is named for Father Louis Hennepin, who was an early explorer in the area. 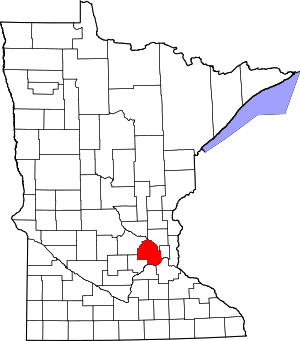 Description:  The building faces north and  is a twenty-four story carnelian red granite from Ortonville and concrete structure. The building is located in the center of Minneapolis on the south side of People’s Plaza. The building consists of two towers rising 403 feet with a glass atrium between. The west tower has the county administration and the east tower has the courts. The diagonal braces are steel sprayed with fire proofing material to which a cream-colored porcelain type material was fused. The building sits atop 6th Street which runs through the towers. 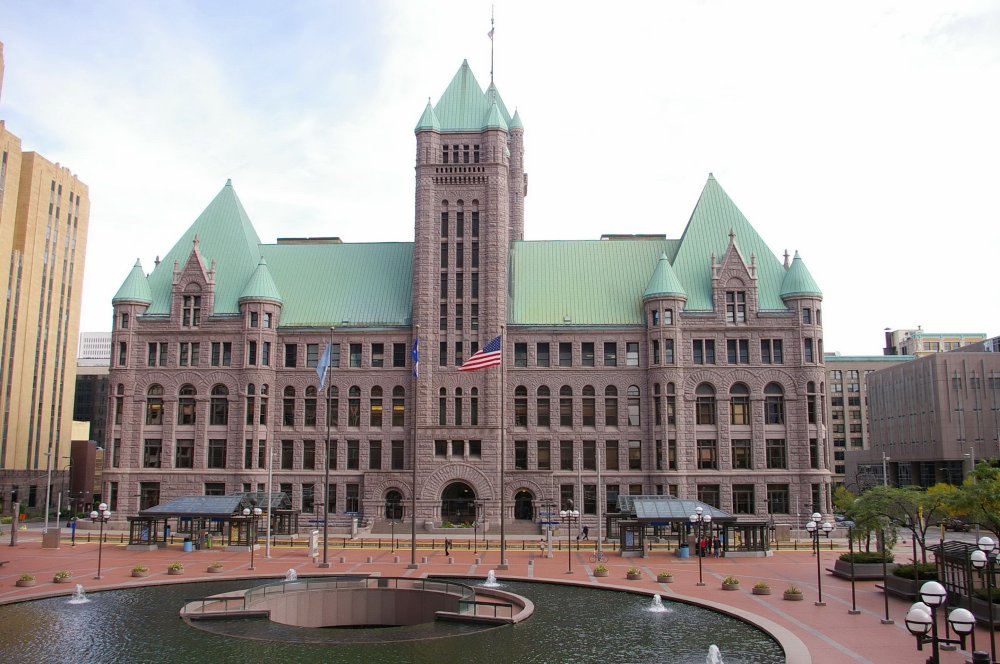 Description:  The building faces south and is a four story brown colored carnelian granite  structure. The building is located on landscaped grounds in the center of Minneapolis on the north side of the courthouse and People’s Plaza. The south front has a high square stone tower. The building has a large center courtyard. The green colored roof is hipped.The spacious rotunda houses the statue of the “Father of Waters,” a colossal work of sculptor Larkin Goldsmith Mead, who carved the statue while residing in Florence, Italy. The building was the former courthouse. and now services as the Minneapolis City Hall. 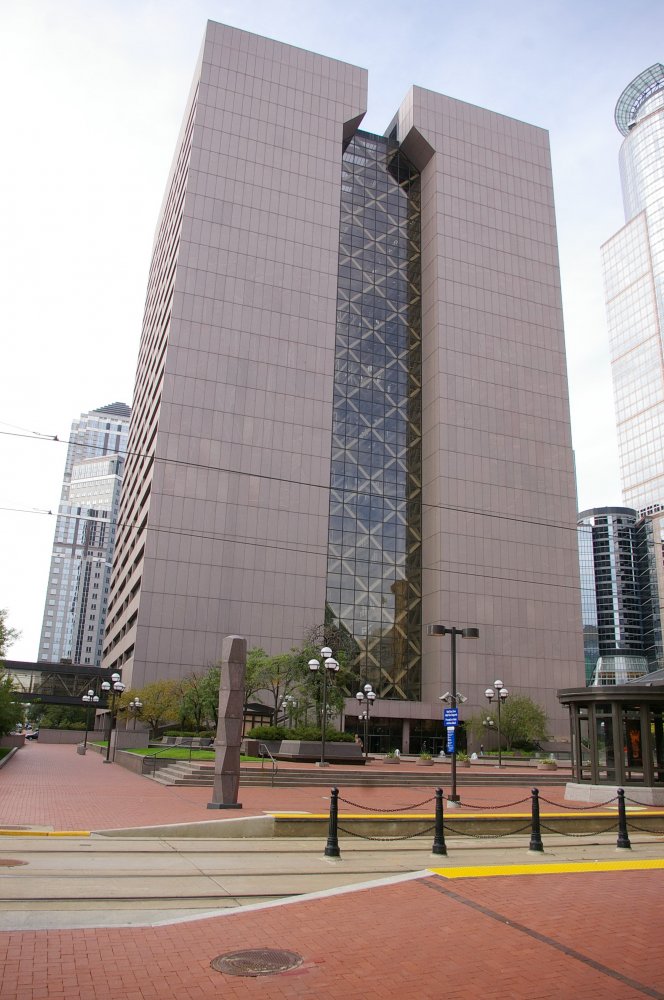 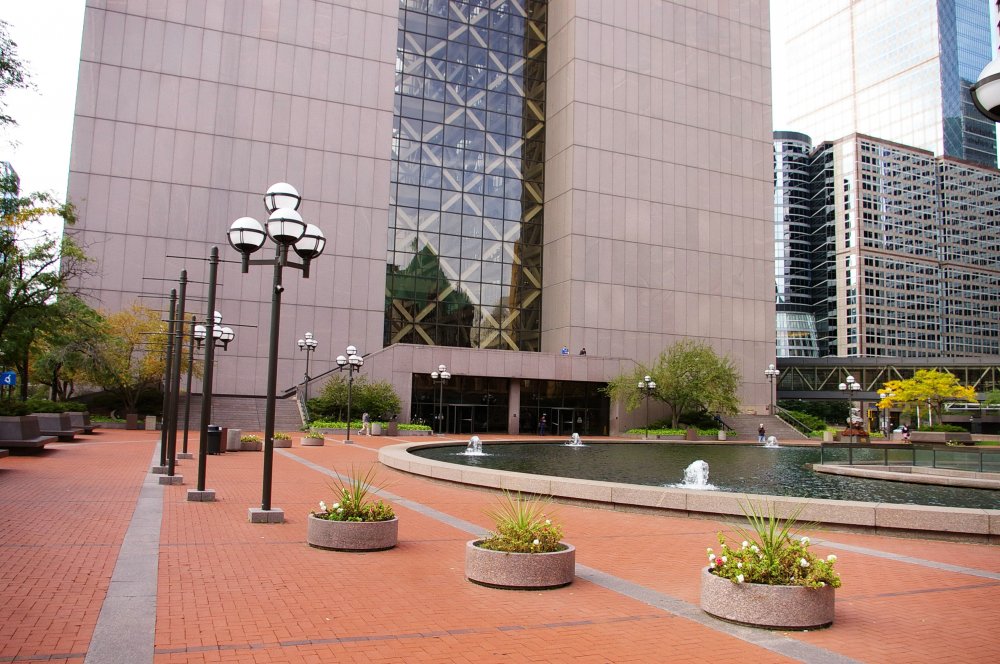 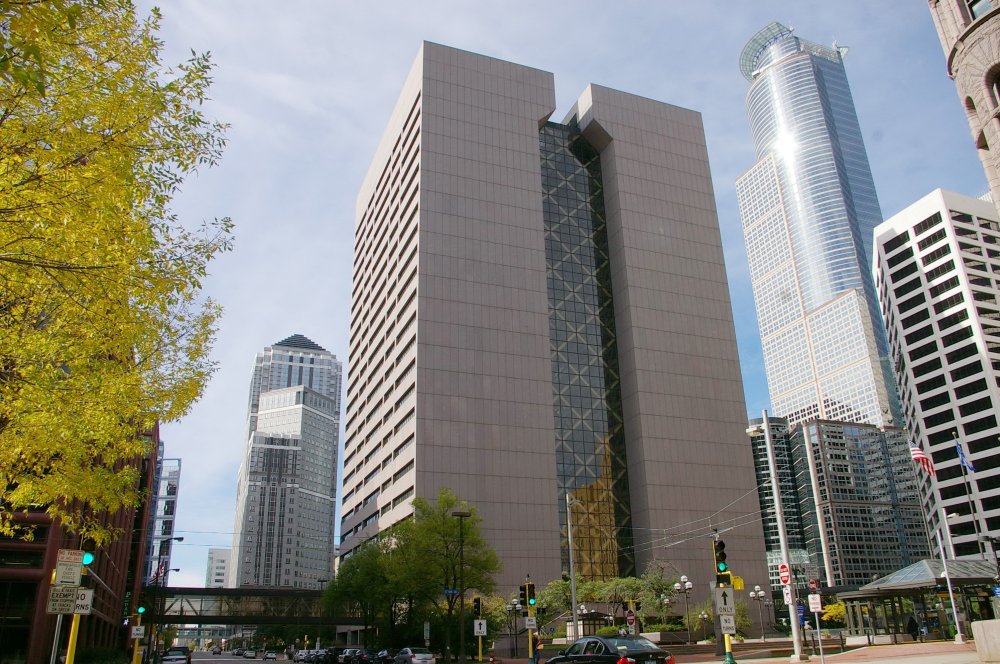 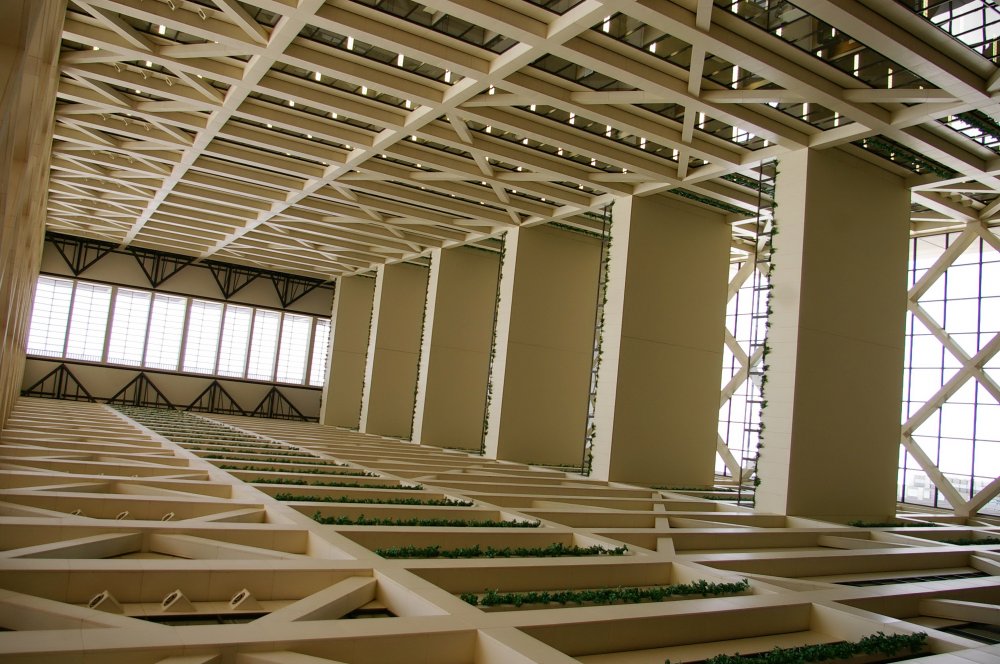 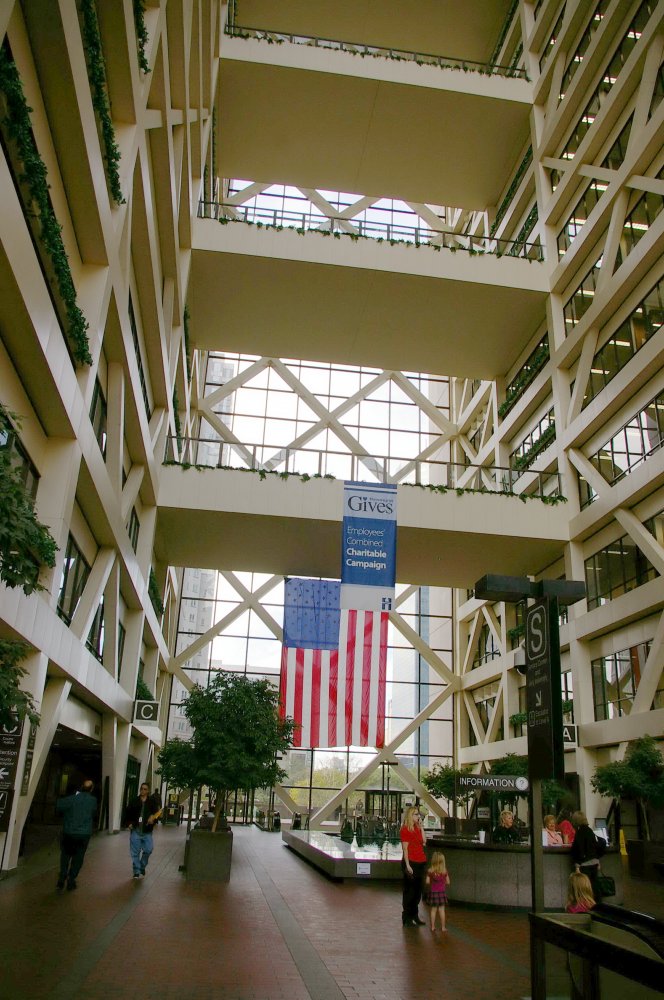 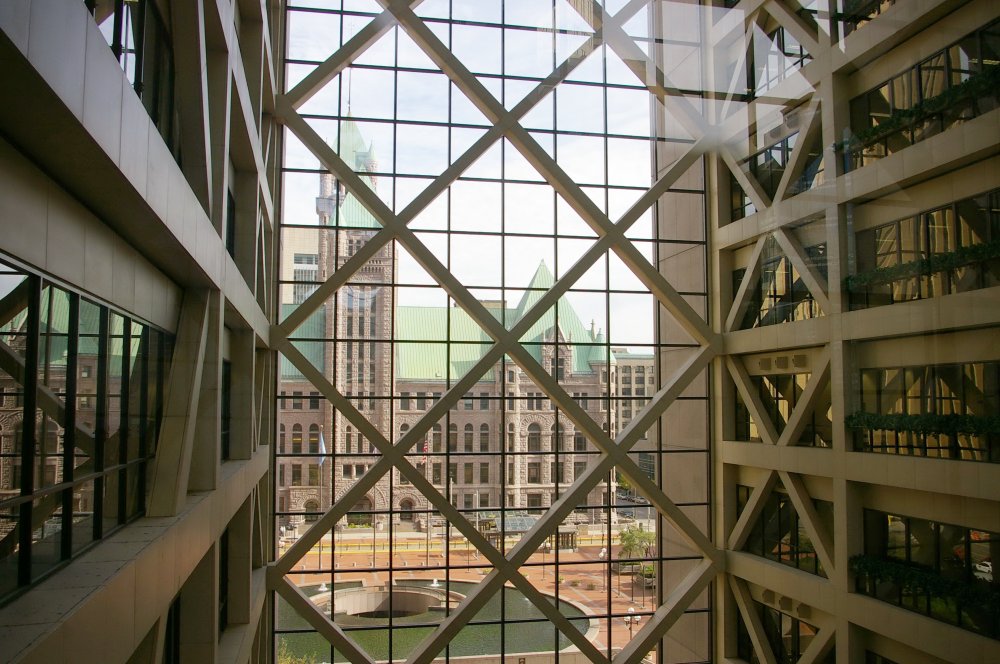 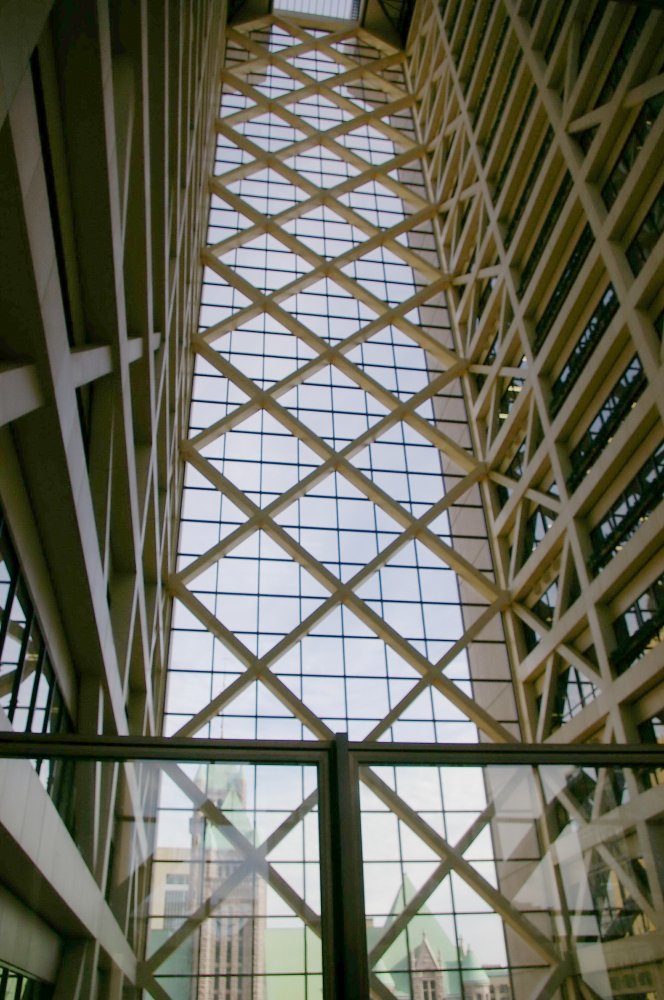 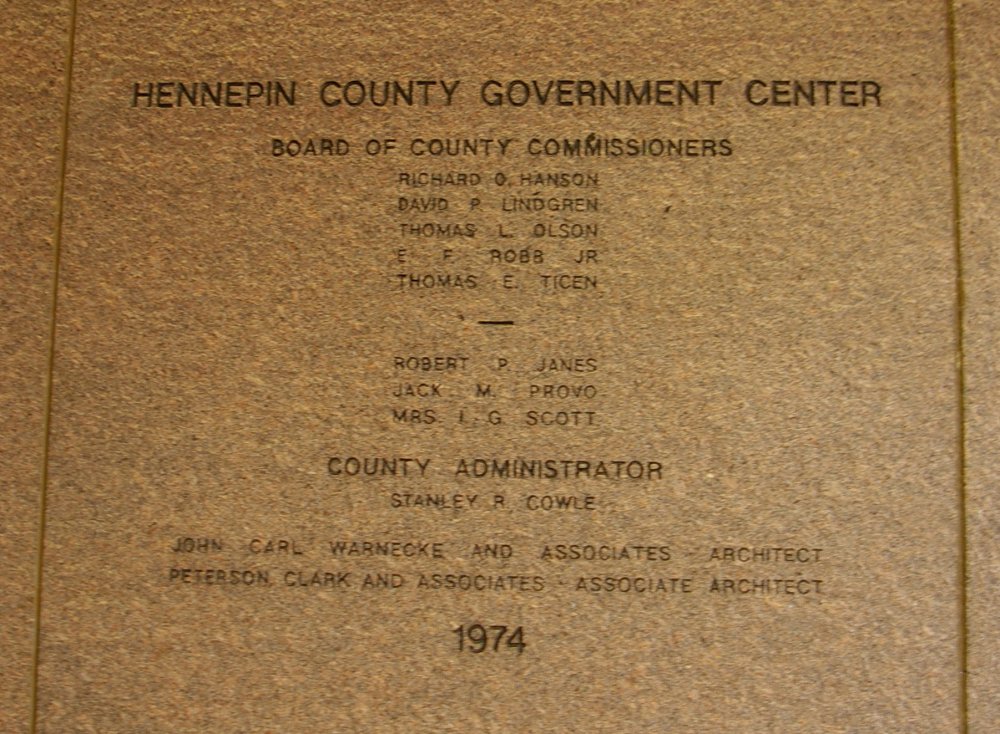 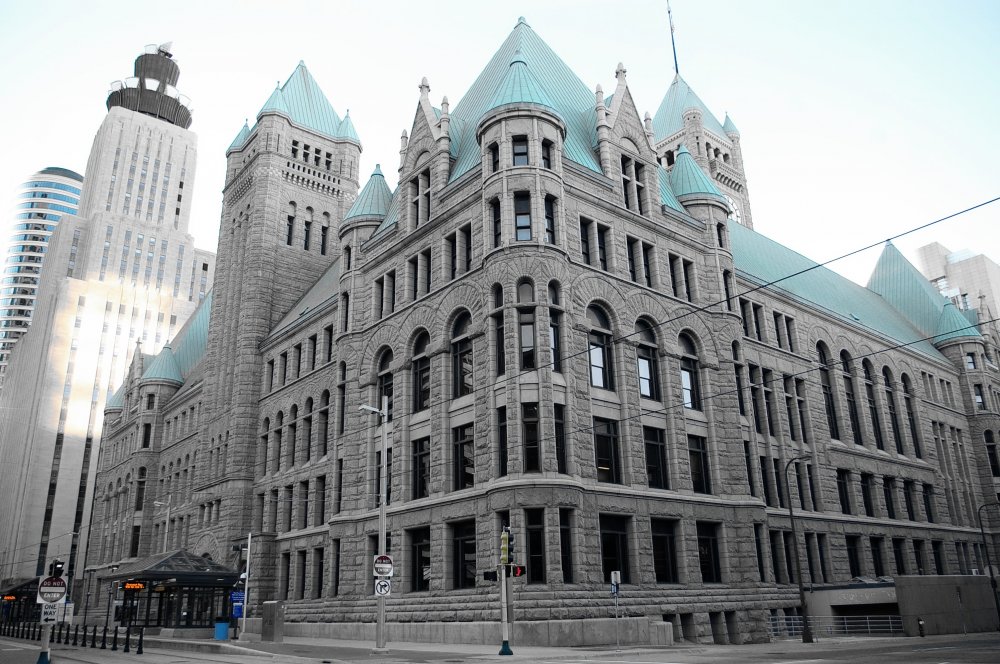 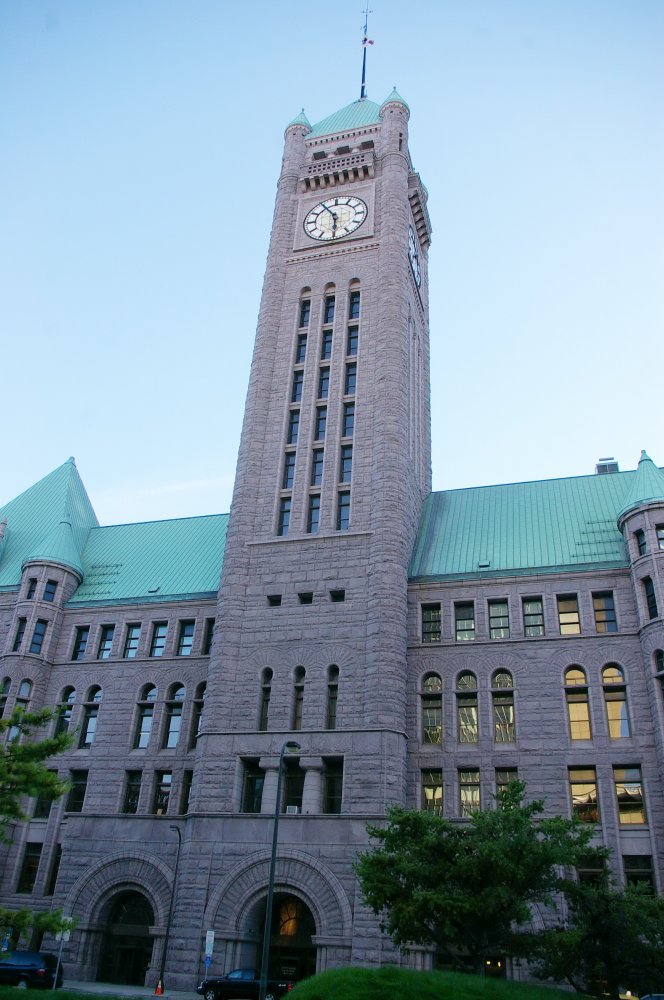 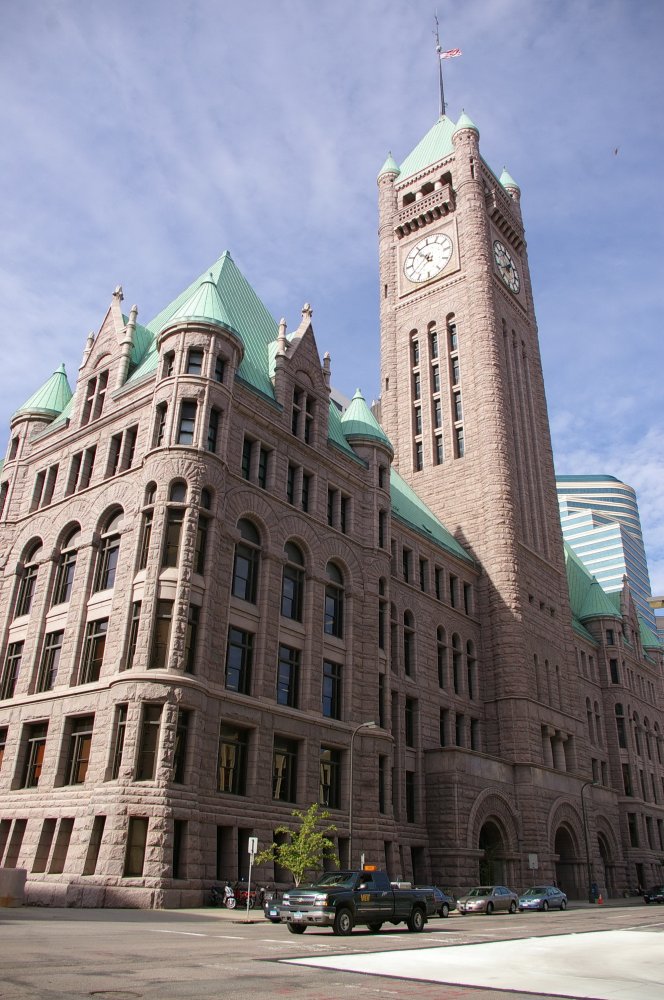 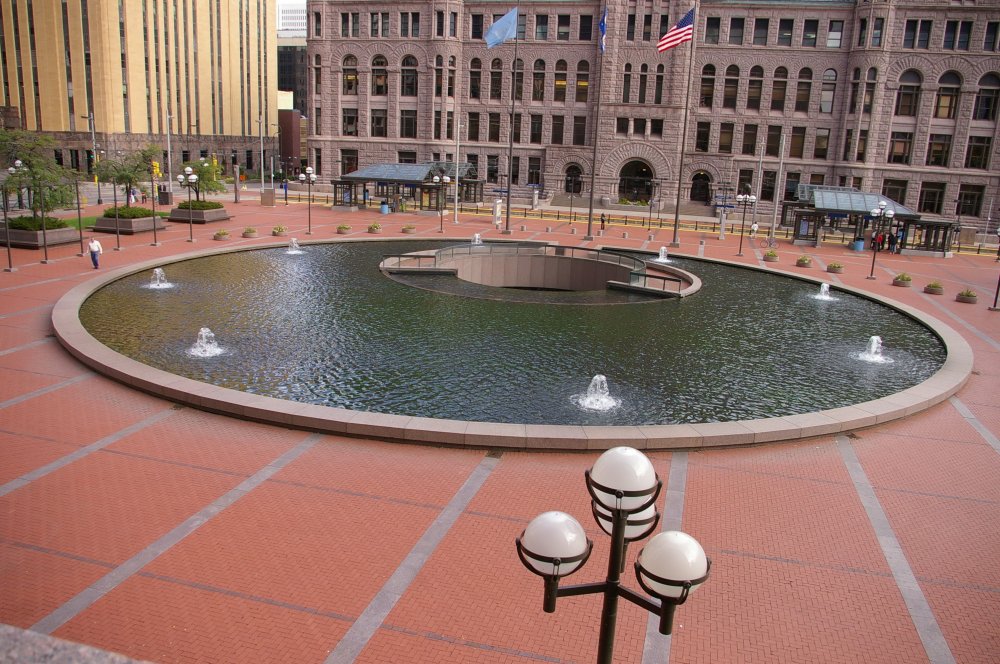