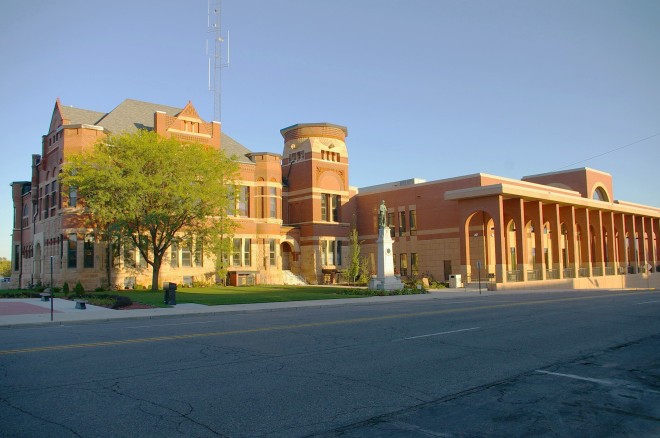 Freeborn County is named for William Freeborn, who was a member of the council in the territorial legislature from 1854 to 1857 and the second Mayor of Red Wing in 1858. 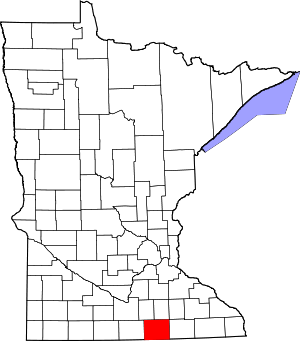 Description:  The building faces west and is a two story red colored brick and concrete structure. The building is located on landscaped grounds in the center of Albert Lee and is an adaptation of the popular monumental style with a great tower and sculptured “dogs” that seem to leap from the building. The building is 74 feet by 104 feet constructed of red brick, red colored sandstone and Kasota limestone. The interior has quarter-sawed oak woodwork and fireplaces. The old courtroom on the second story now houses the Commissioners Chamber. In 1953 the chimneys and four steeples were eliminated. An addition was added in 1955 on the south side and the bell tower was removed. The architect was Bernard Hein and the contractor was John F Hanson. A second addition was added in 1975. The architect was Foss, Englestad and Foss of Fargo, North Dakota and the contractor was Adolphson & Peterson, Inc. of Minneapolis. In 2002 to 2005, the exterior was renovated to restore the original appearance of the old courthouse. The architect was Boarman Kroos Vogel Group and the contractor was Adolphson & Peterson, Inc. of Minneapolis. 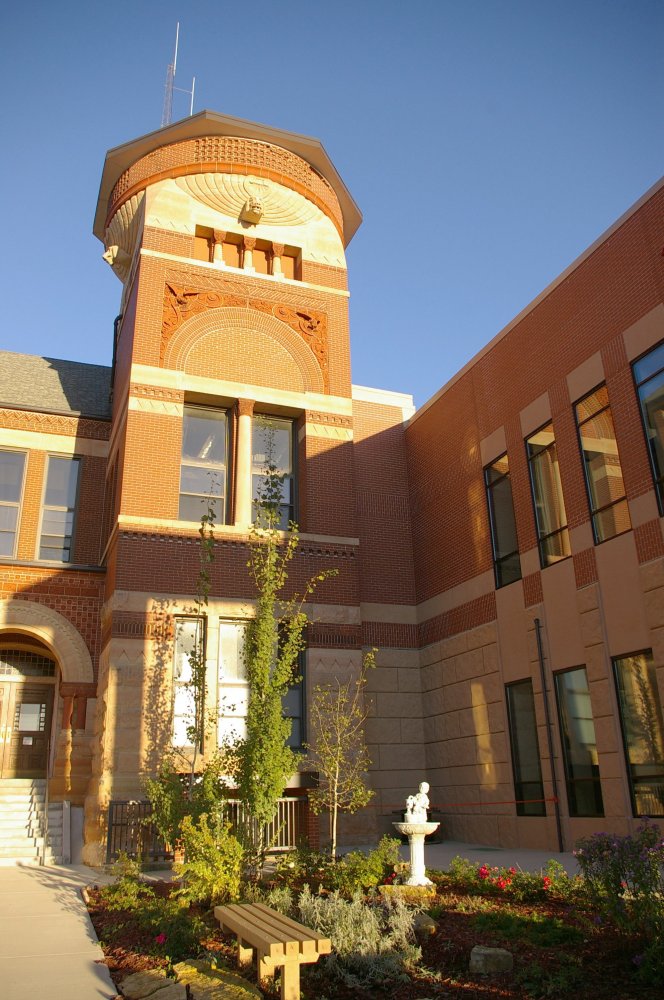 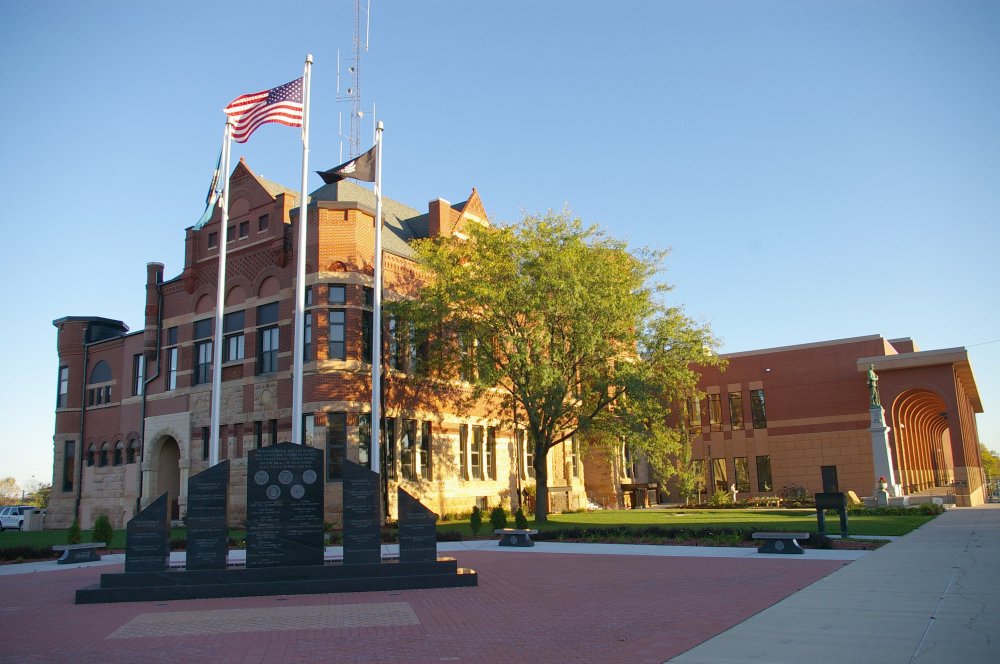 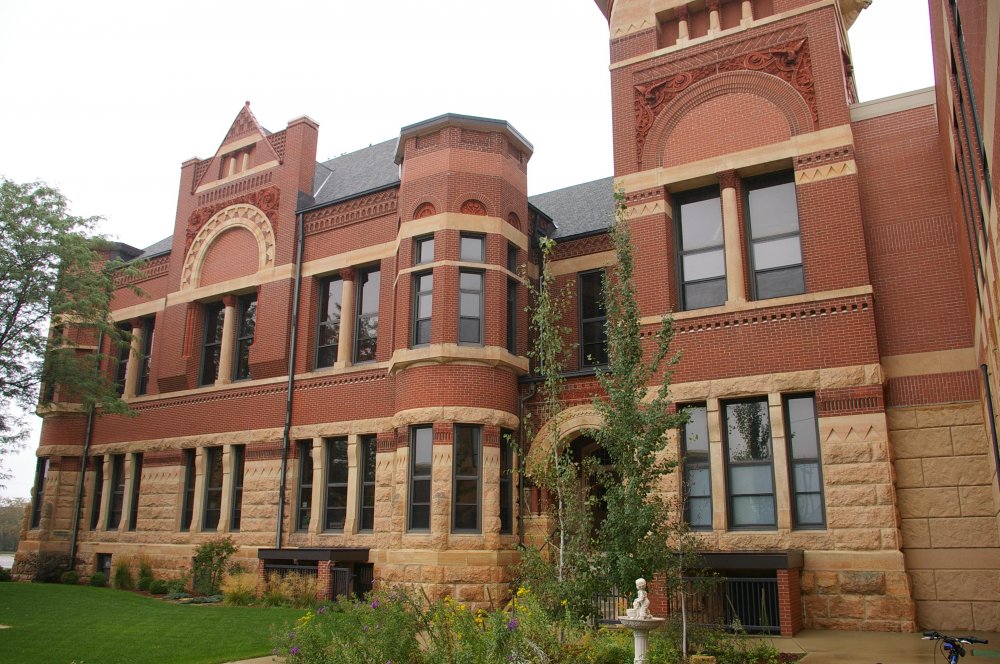 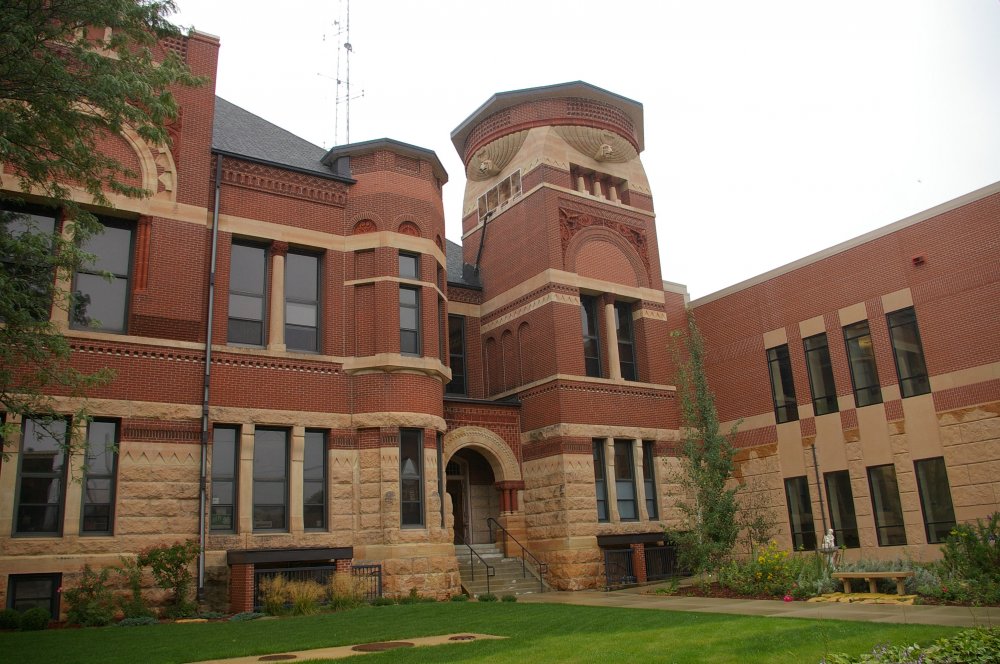 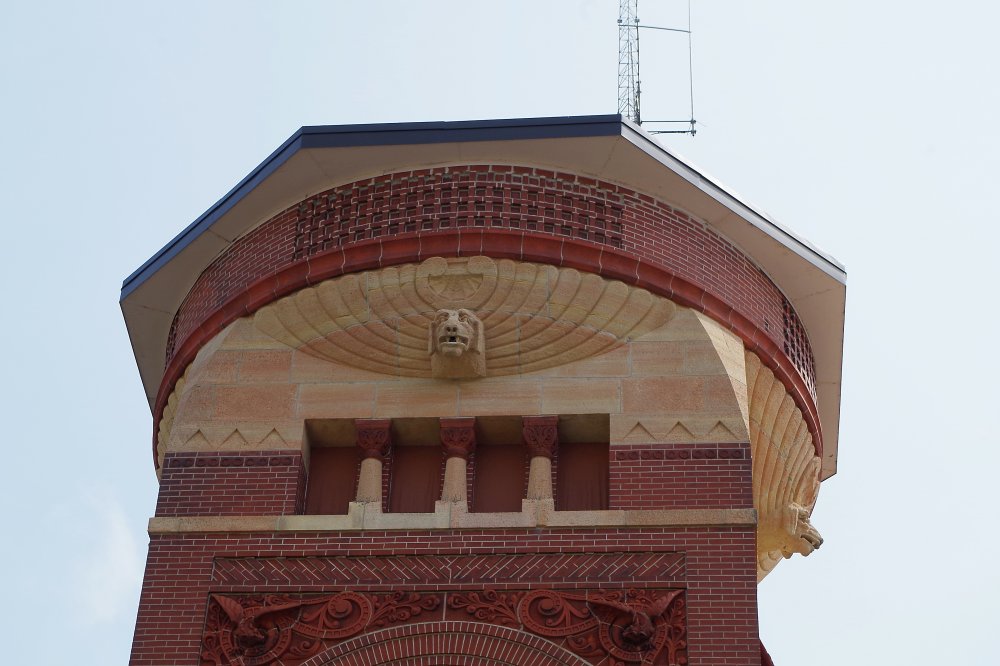 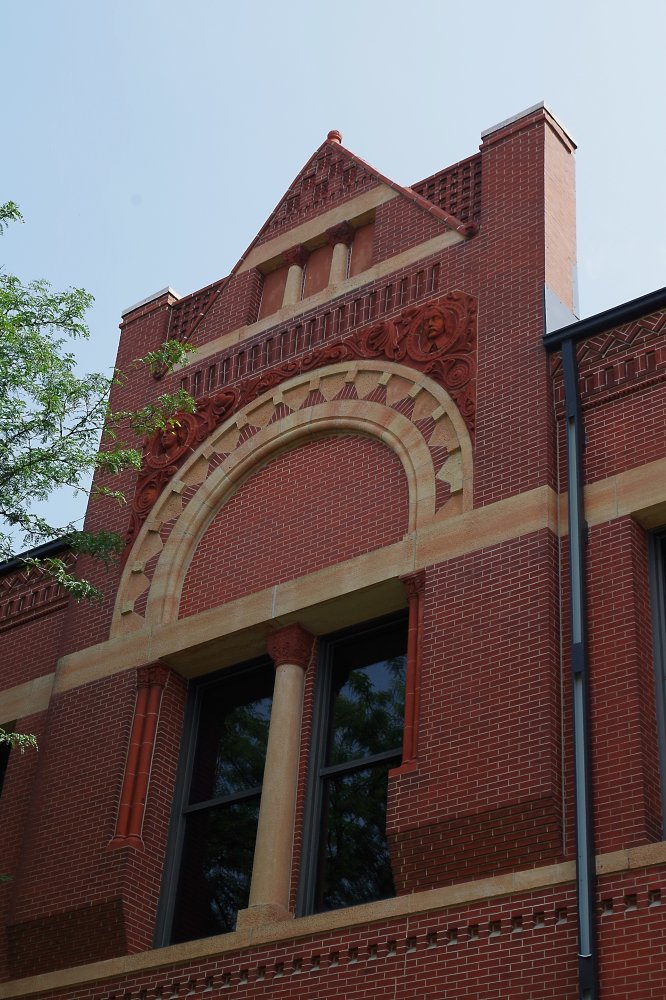 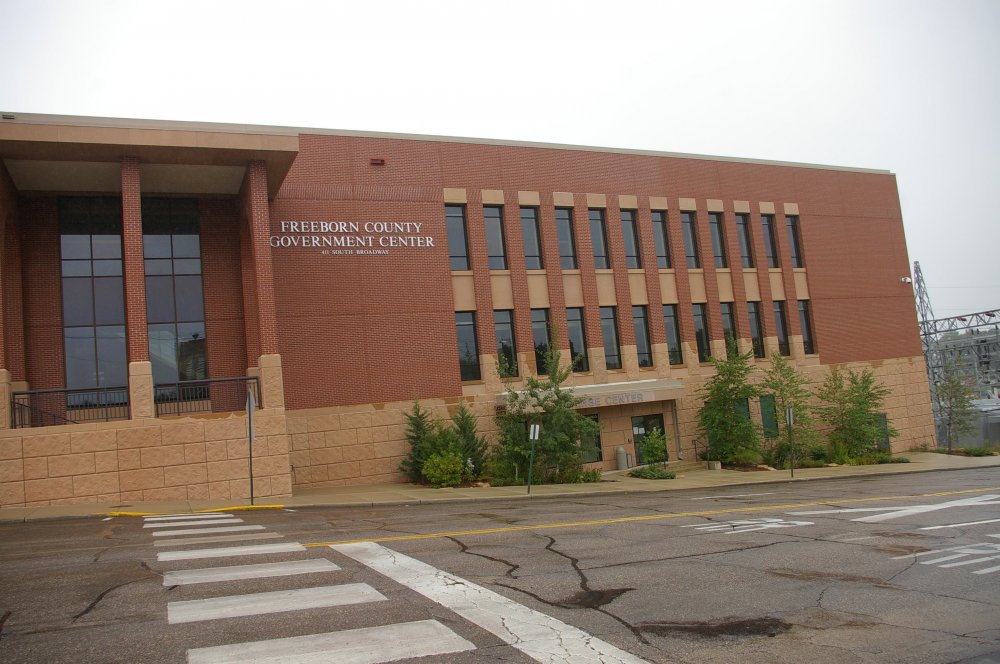 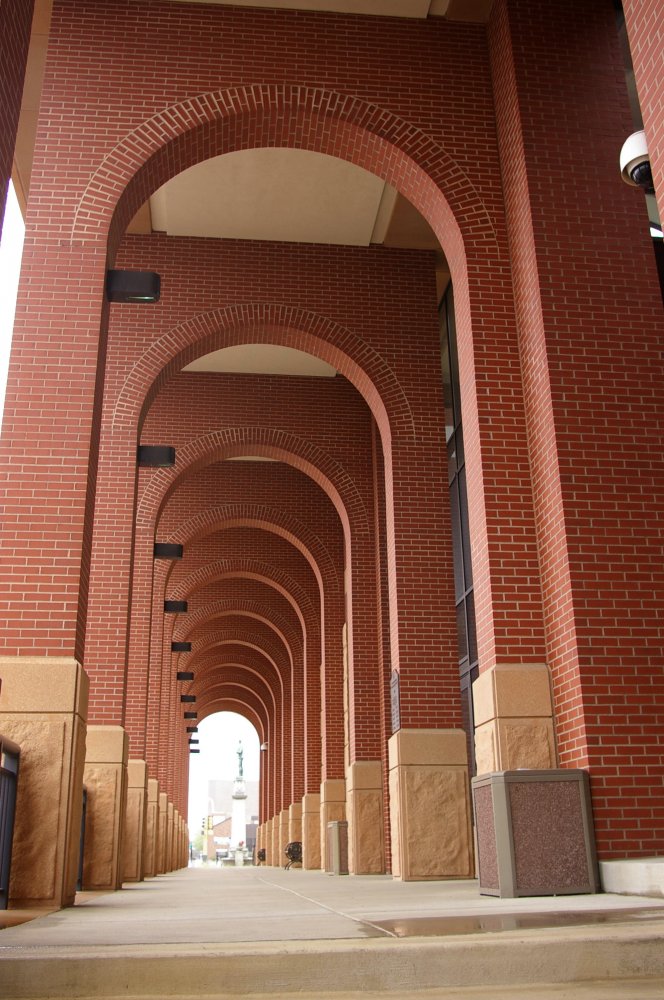 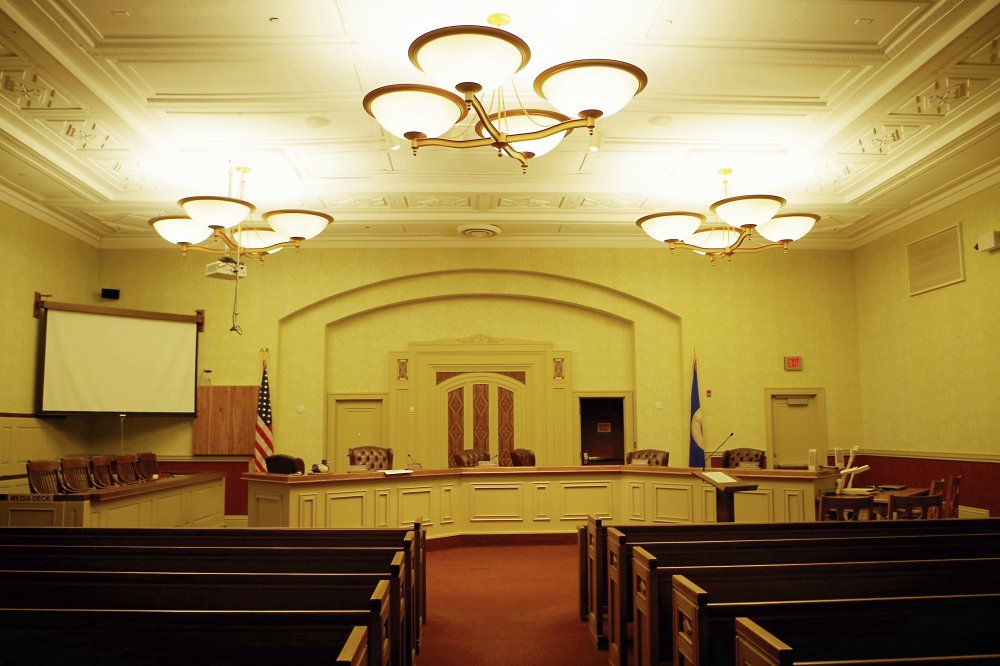