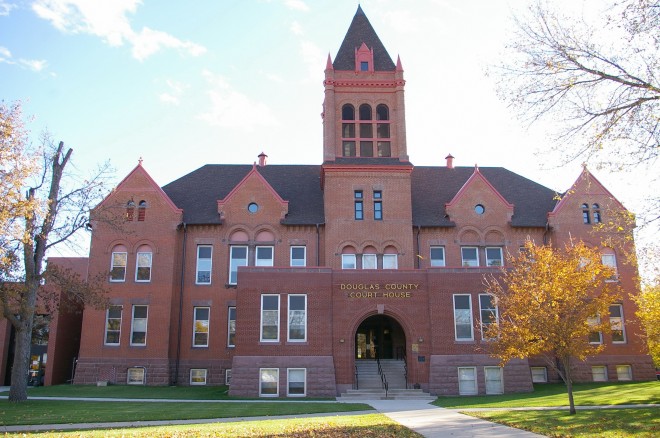 Douglas County is named for Stephen Arnold Douglas, a United States Senator, statesman, and leader of the Democratic Party.

Description:  The building faces north and is a two story red colored brick structure.  The building is located on spacious landscaped grounds in the center of Alexandria. The building was constructed on land donated in 1875 by Mrs. Hicks. The building has a high central square tower with gabled roof. The entrance is recessed with steps and the base is brownstone and red colored brick. Across the north front are four bays with parapets. The main entrance of the courthouse consists of two sets of rectangular double leaf oak doors with transoms and sidelights, separated by an interior foyer. The building was designed to house eight offices on the first level and five offices and a courtroom on the second level. The interior is decorated with light oak paneled wainscoting, tiled floors, oak woodwork with architrave molding, ornate carved oak counters, and some interior fireplaces. An oak stairway with turned balusters leads to the second story. The county courtroom is furnished with carved oak benches and desks and has oak woodwork with architraves, dentils, and keystones. An addition was added on the north front in 1940. On the south side is an addition added in 1972 to 1974. The architect was Foss, Engelstad and Foss of Fargo, North Dakota and the contractor was Edlund Construction Company of Valley City, North Dakota.

History:  The county was created in 1855 and Alexandria was selected as the county seat in 1866. The first county offices met in private homes. The first courthouse in 1867 was a small frame building on Main Street. The second courthouse was a two story frame structure designed by J N Herder and built by Raymond and Owen of St Cloud at a cost of $3,447. The second story used as the courtroom. The third and present courthouse was constructed in 1894 to 1895 at a cost of $35,000. 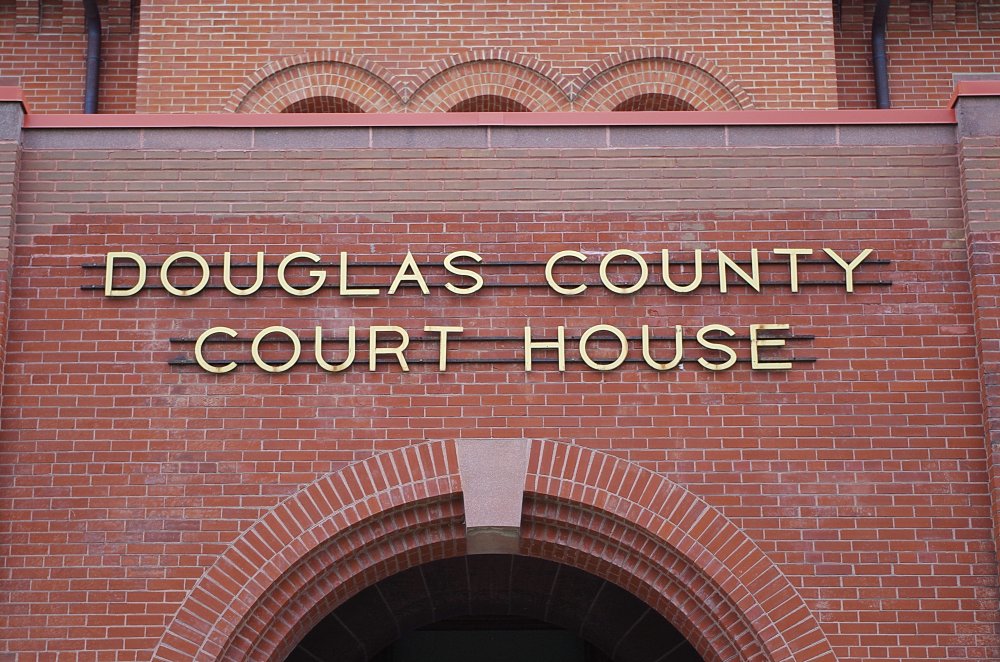 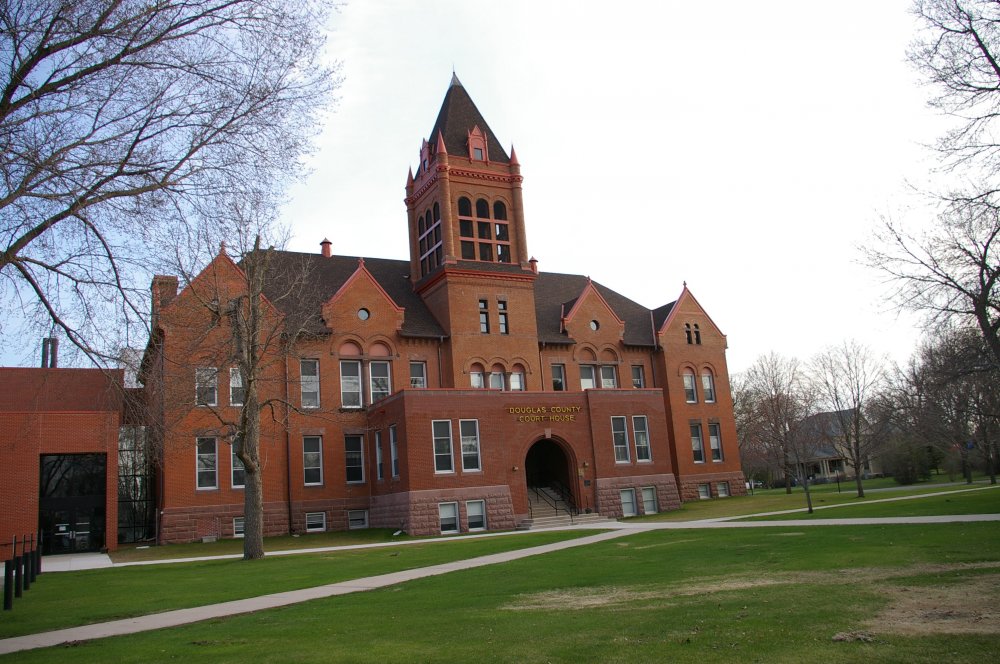 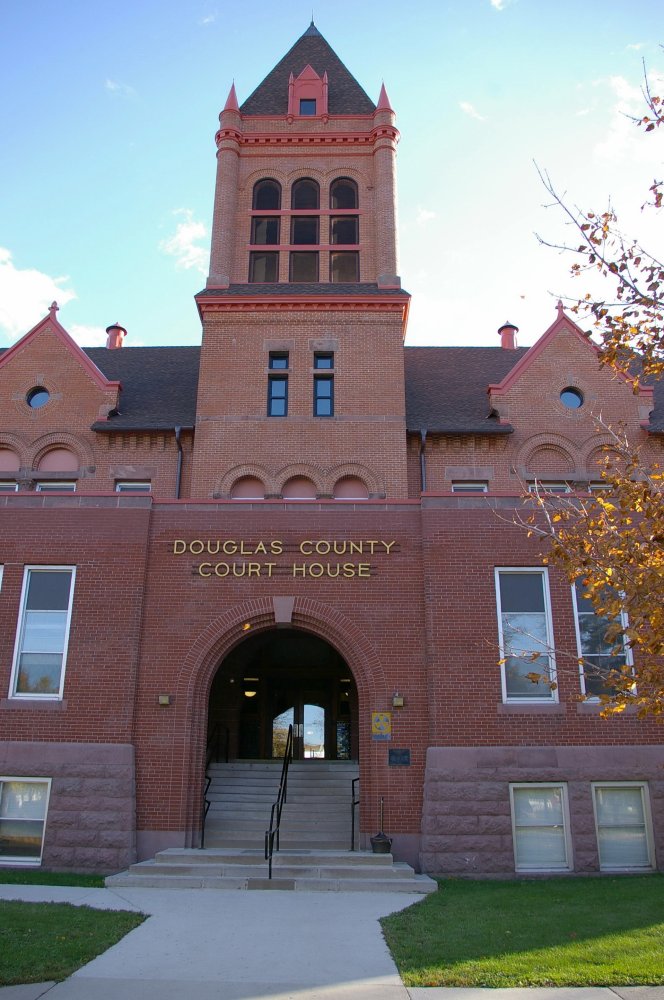 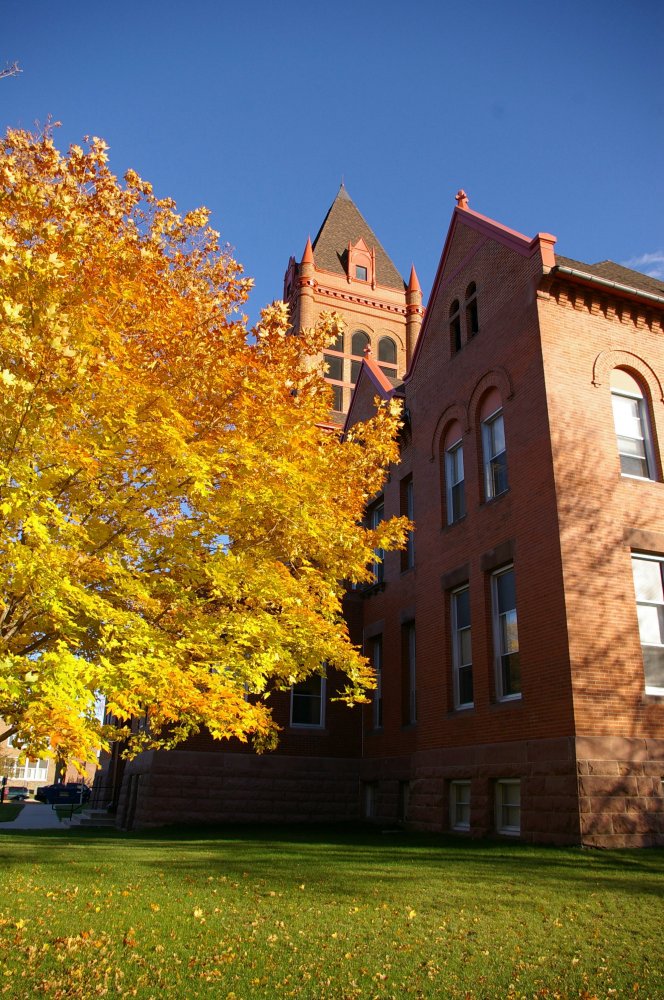 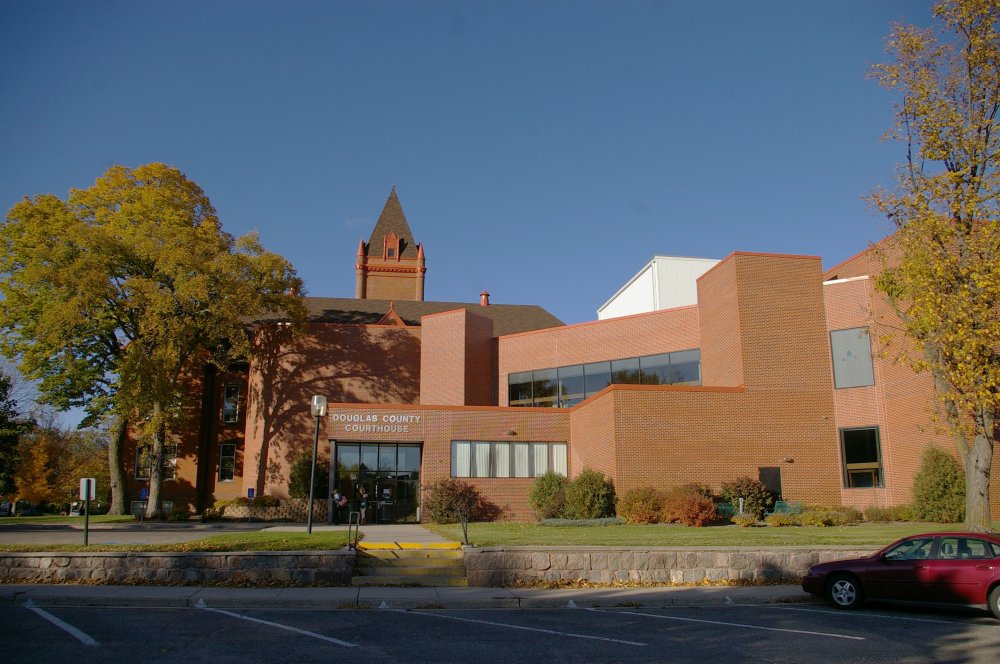 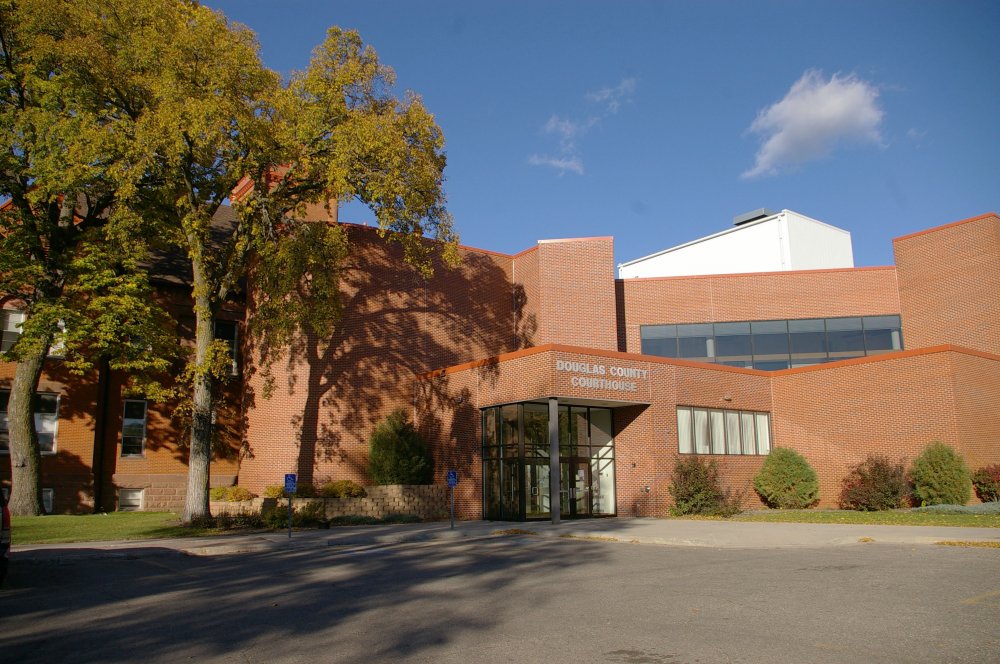 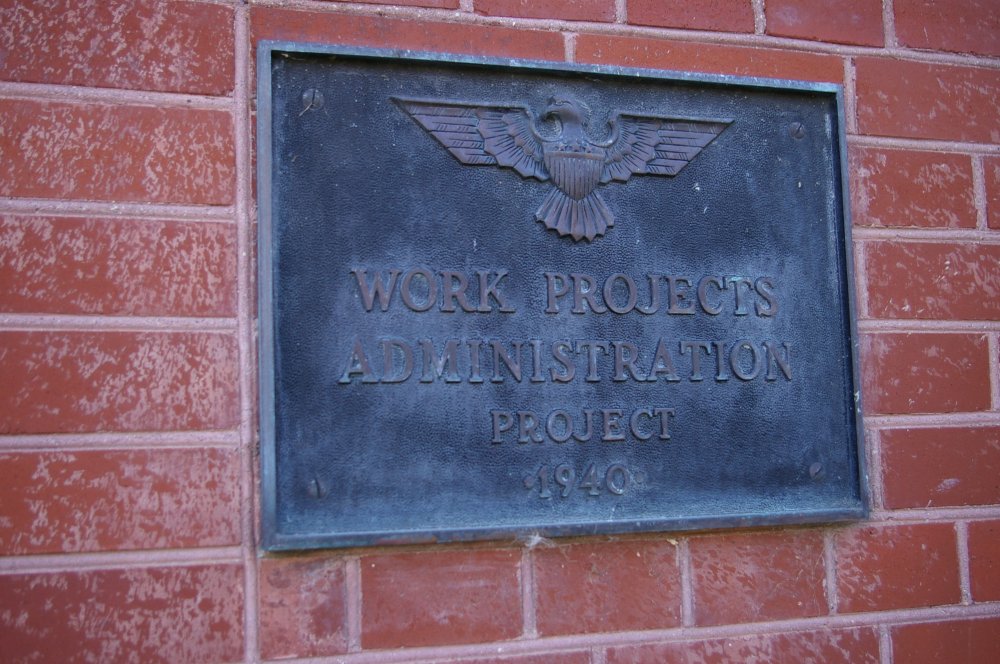