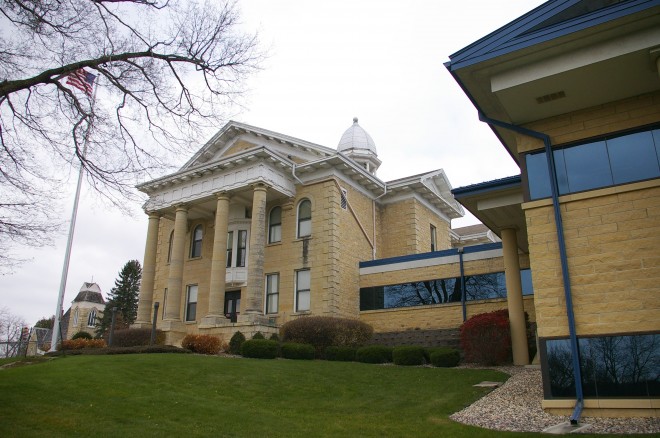 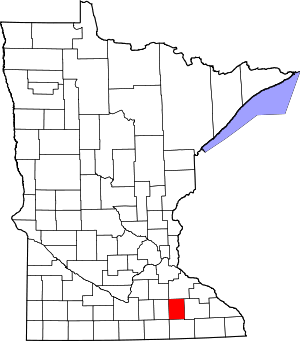 Description:  The building faces south and is a two story buff colored stone structure which sits on the side of a hill. The building is located on landscaped grounds in the center of Mantorville. The south front has a large portico supported by four large columns rising to a flat roof, which portico was added in 1900.  The architect and contractor was A C Thomas.. A decorative cornice follows the roof line. In the center is an octagonal cupola with silver colored dome. The courtroom is located on the second story. The building houses the County District Court of the 3rd Judicial District.  Along the east side is the modern County Courthouse Annex of buff colored brick, dark glass and concrete constructed in 1990. The architect was Kane and Johnson Associates, Inc.

History:  The county was created in 1855 and Mantorville was selected as the county seat in 1857. The first and present courthouse was constructed in 1865 to 1870 at a cost of $15,000. The locally quarried limestone was slid over the frozen ground to the building site. The County Courthouse Amnnex was construcred in 1990. The County Government Srvices Building was constructed in 2014 to 2016. 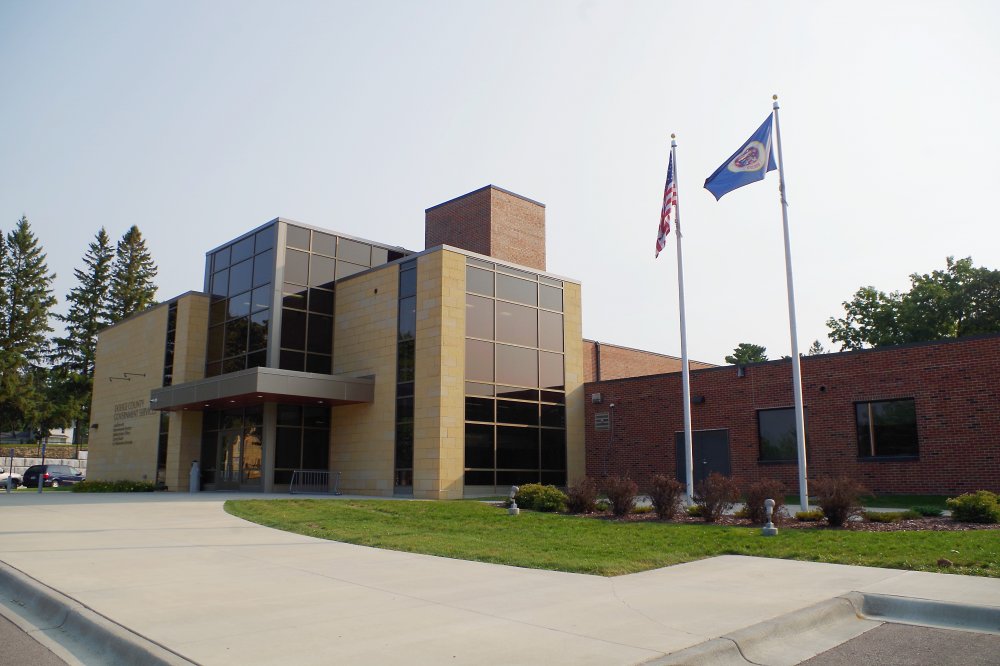 Description:  The building faces west and is a two story buff and red colored brick, glass and concrete structure. The building is located on landscaped grounds in the center of Mantorville to the northwest of the courthouse. The west front has a glass panel entrance on the first story and glass panel section on the second story. On the east section is the one story red colored brick section. The building was formerly a school and is named as the Dodge County Government Services Building. 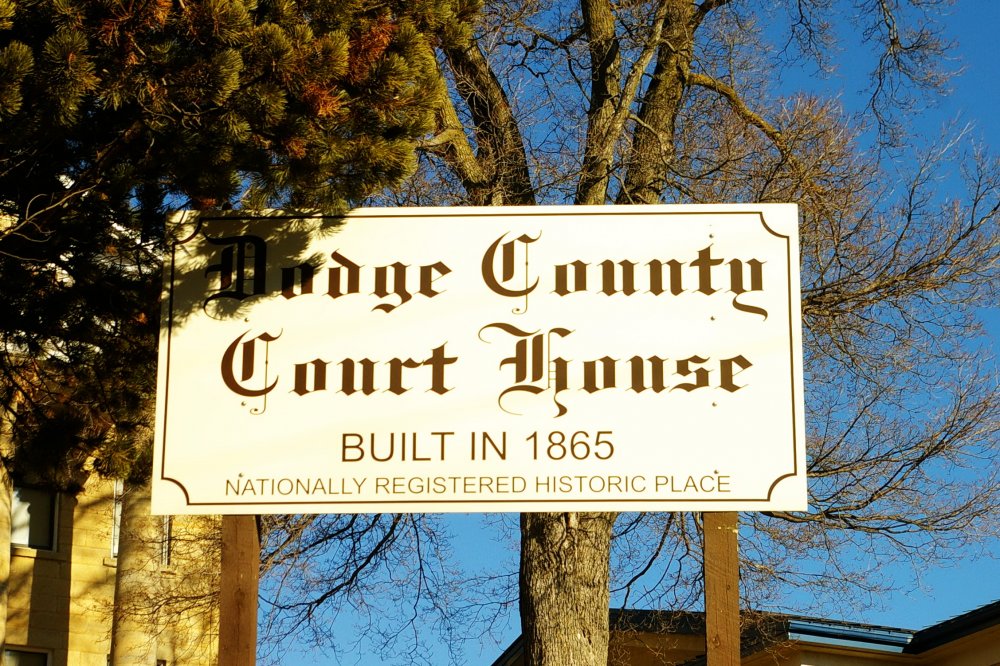 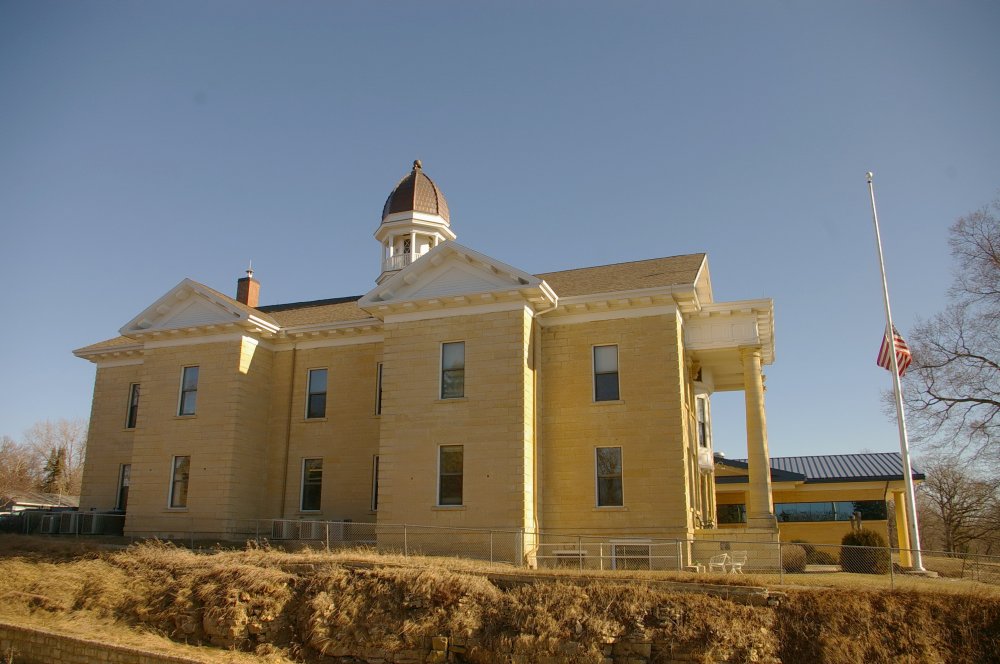 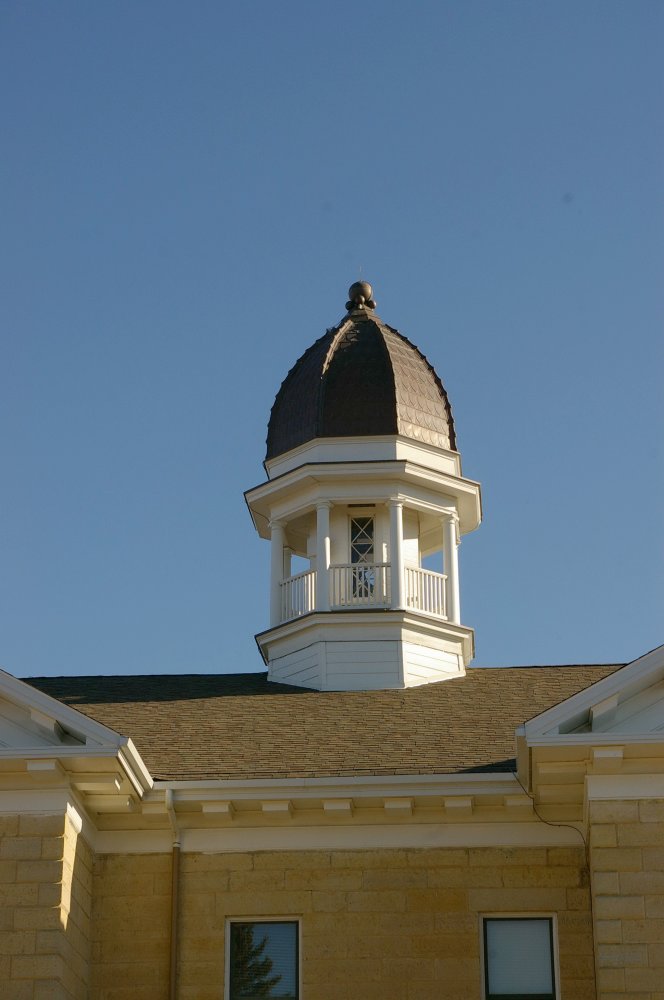 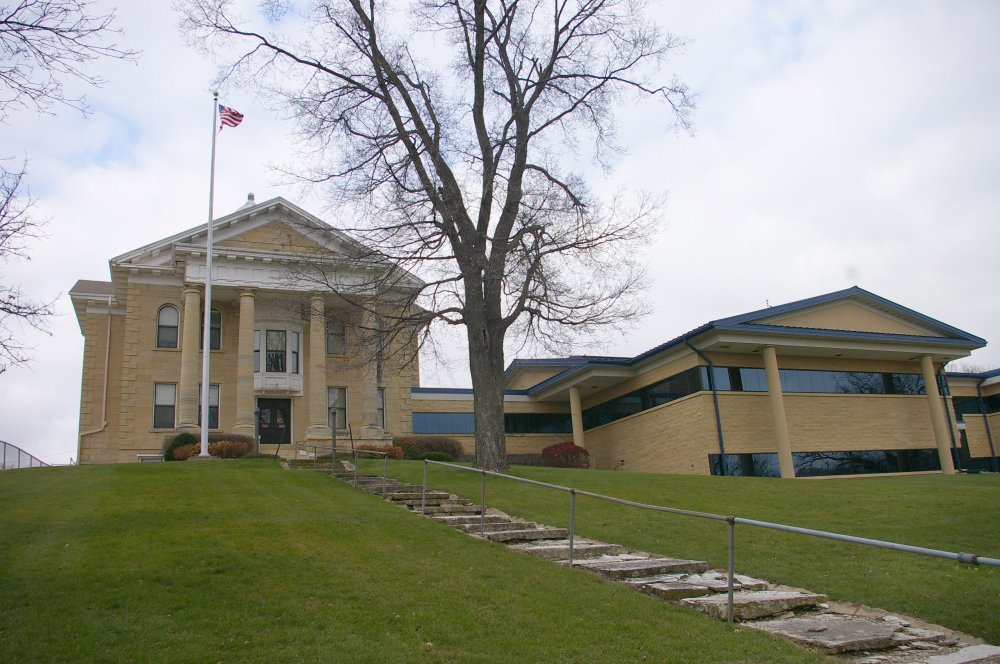 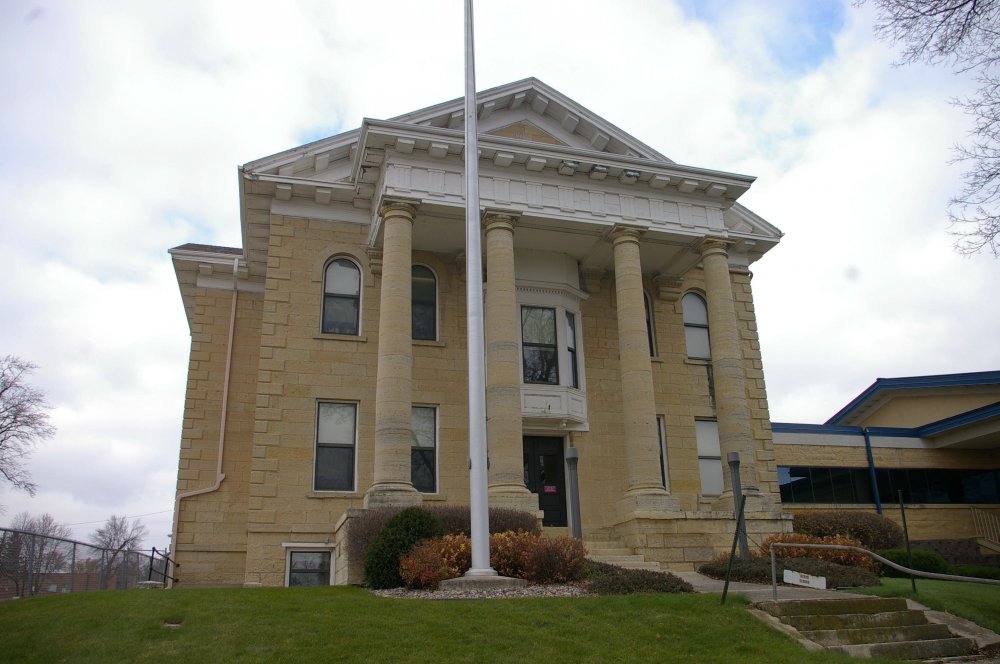 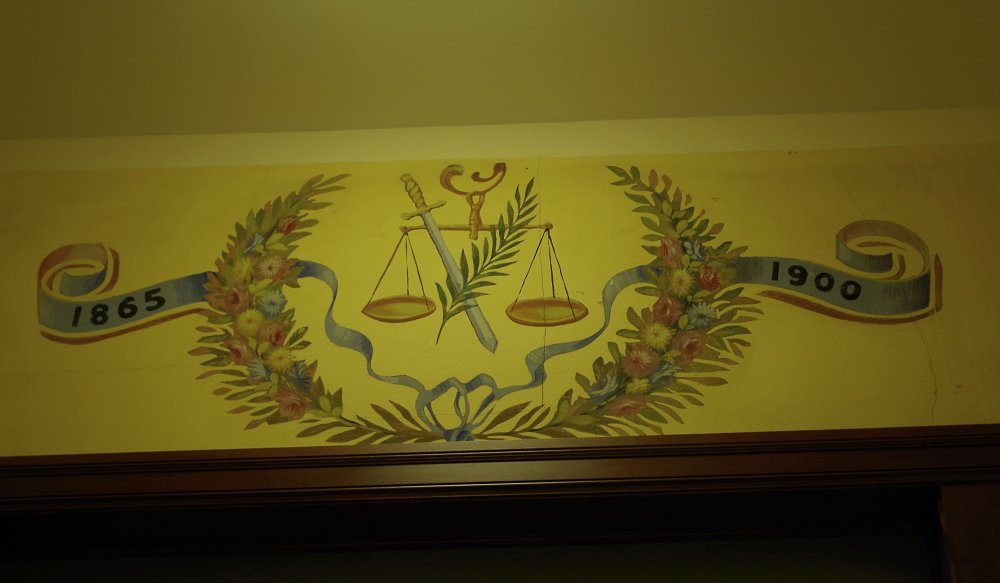 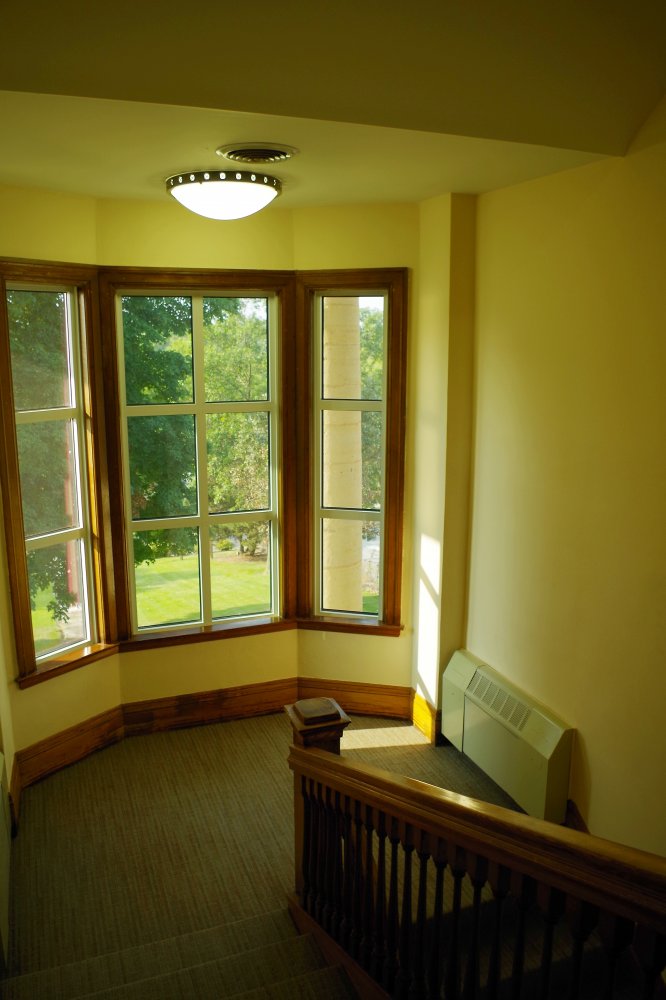 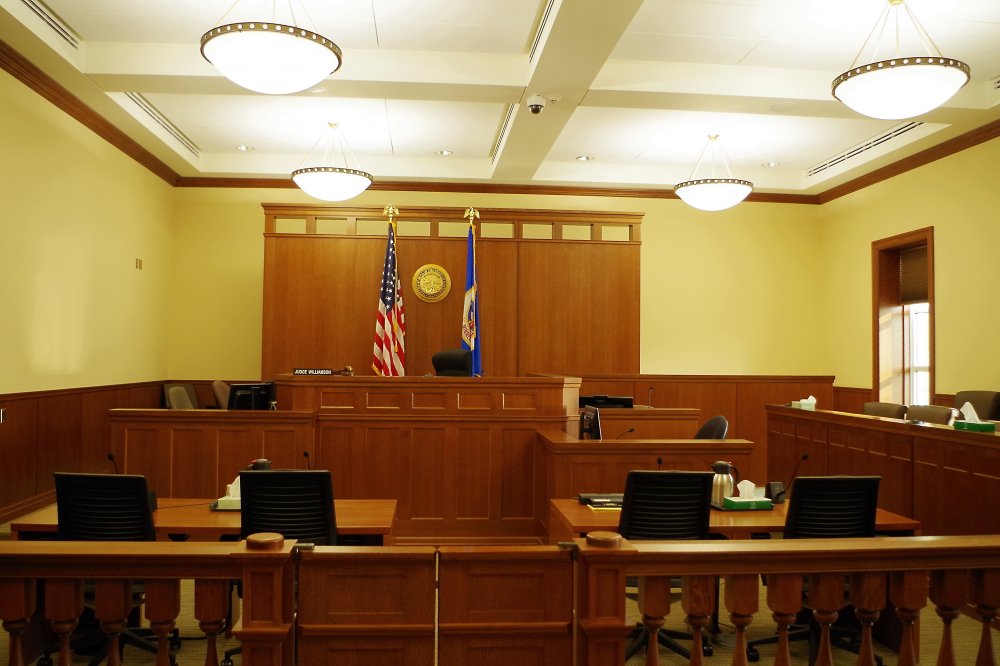 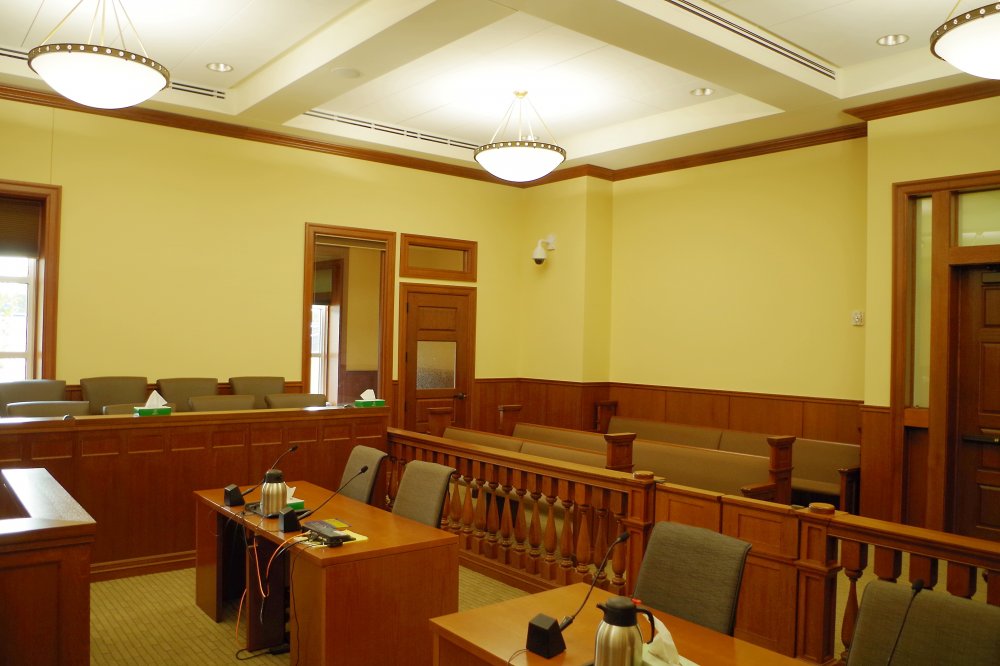