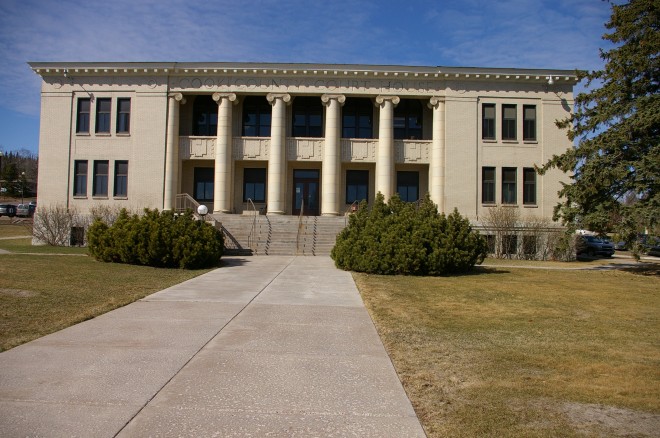 Cook County is named after Major Michael Cook who was killed during the Civil War.

Architect:  Kelly and Lignell of Duluth

Description:  The building faces east and is a two story buff colored brick and concrete structure. The building is located on spacious landscaped grounds on the north side of the center of Grand Marais. The building has Iconic columns supporting a cornice on the east with central bays recessed behind the columns in a sort of loggia above and covered porch below. The building sits on a hill overlooking Lake Superior. The building was renovated in 1997 to 1998. On the north side is the old one story County Jail.

History:  The county was created in 1874 and Grand Marais was designated as county seat. The first meeting of the commissioners in 1882 was conducted in the Mayhew Brothers Post Office and Trading Post, located on a point of land extending into Lake Superior. The first courthouse was a two story frame structure designed by O A Norman and built by Saul & Skinner in Grand Marais in 1888 to 1889 at a cost of $3,000. The second courthouse was constructed in 1912 to 1914 at a cost of $60,000. 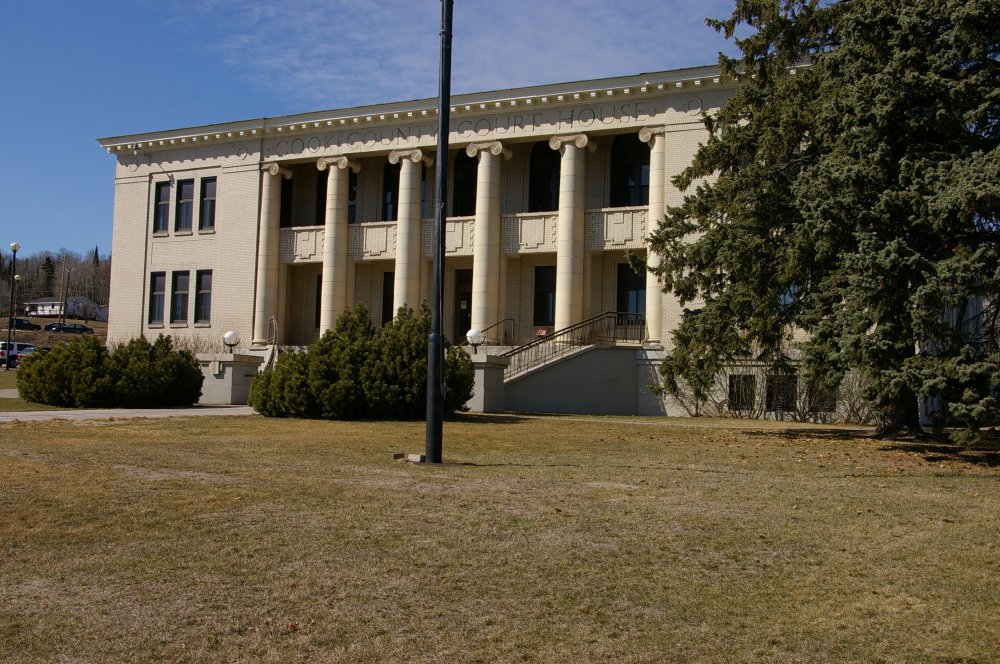 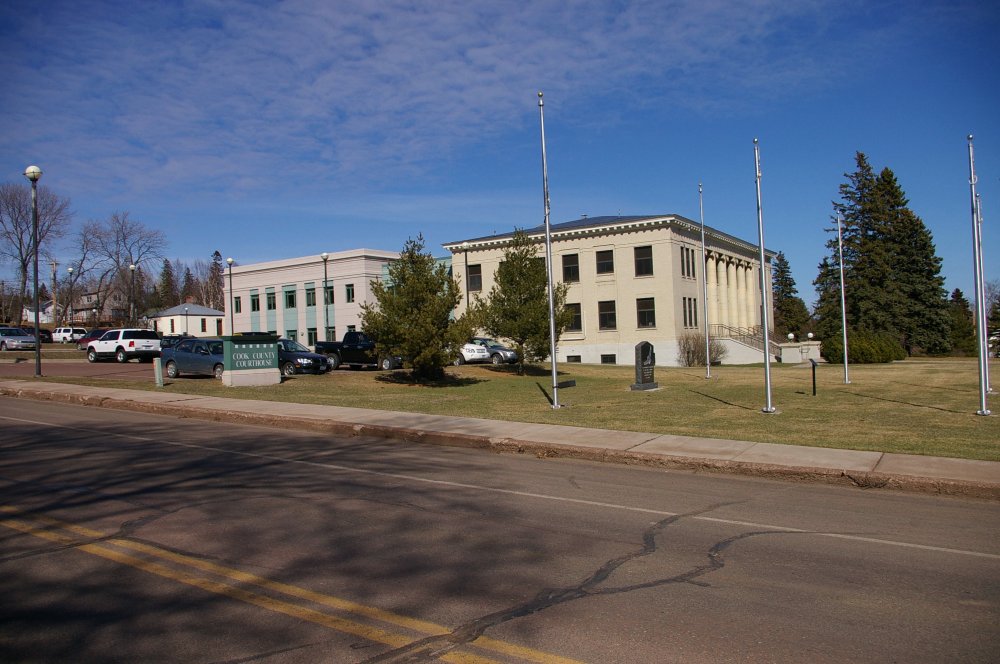 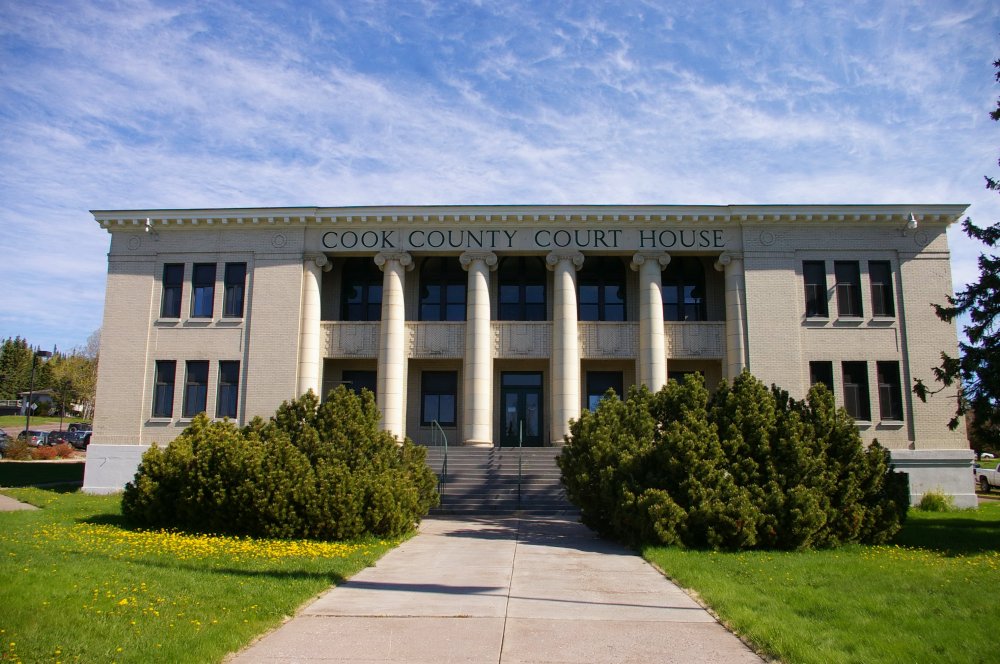 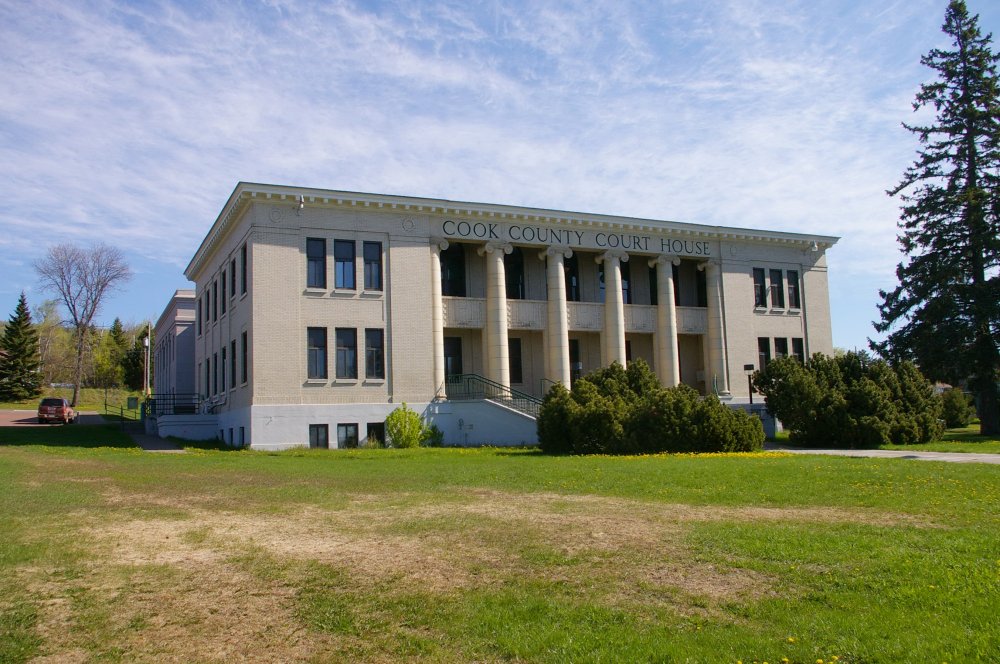 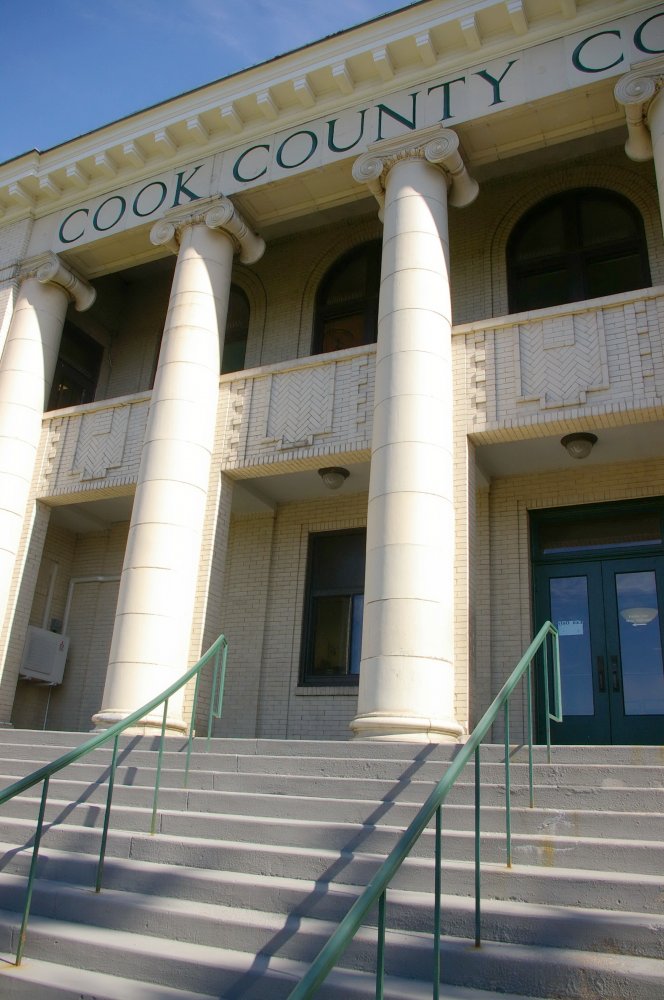 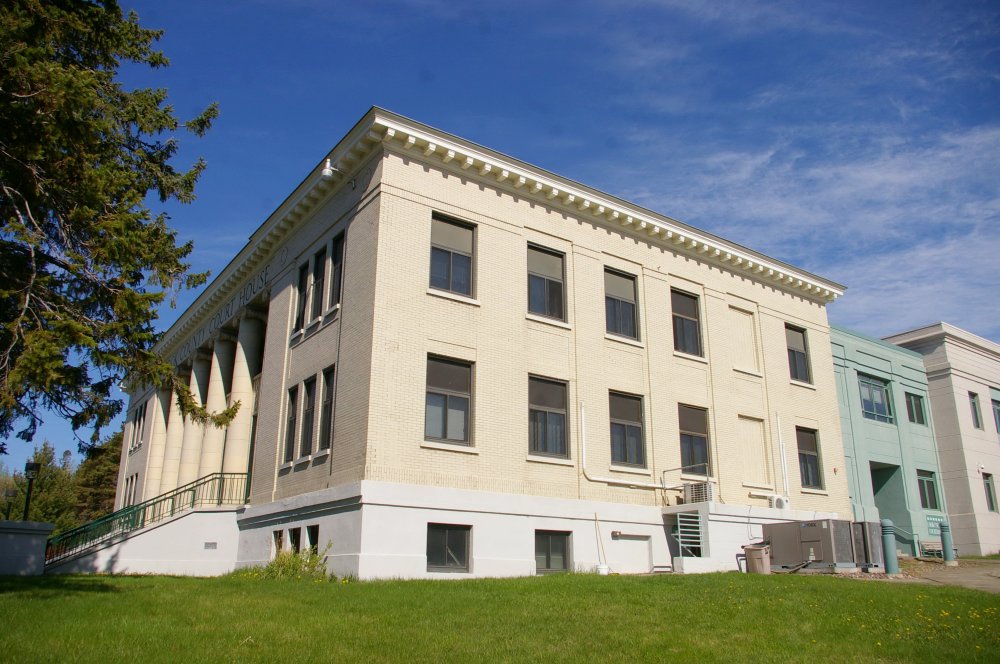 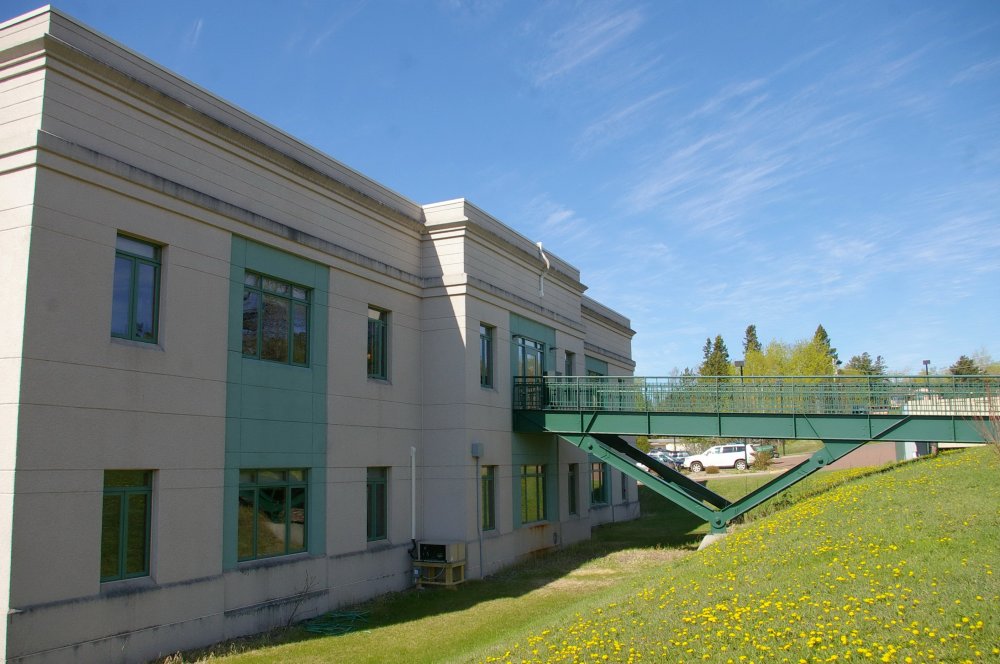 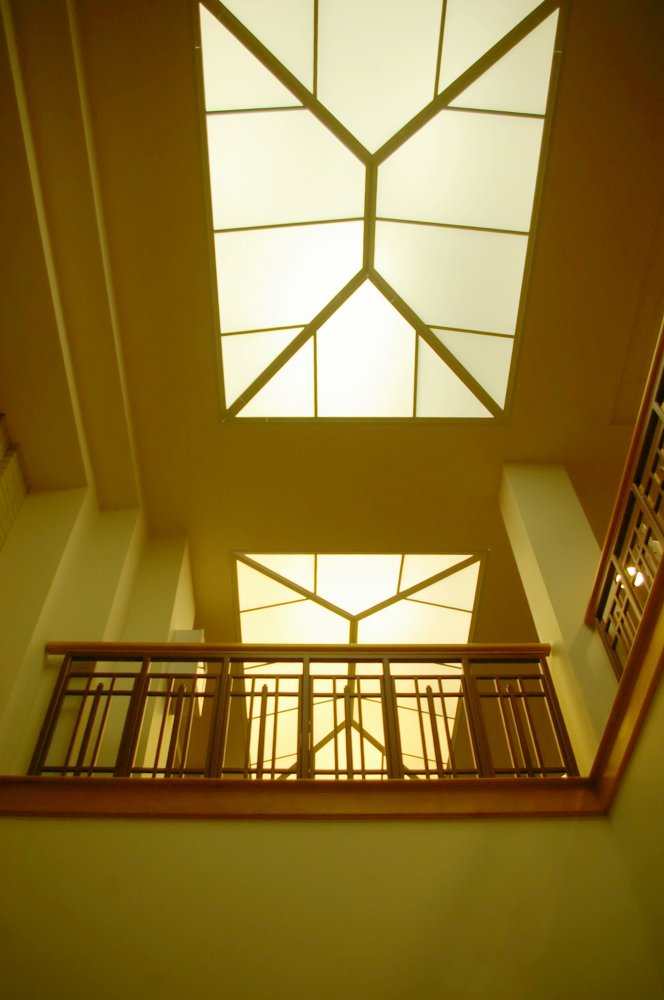 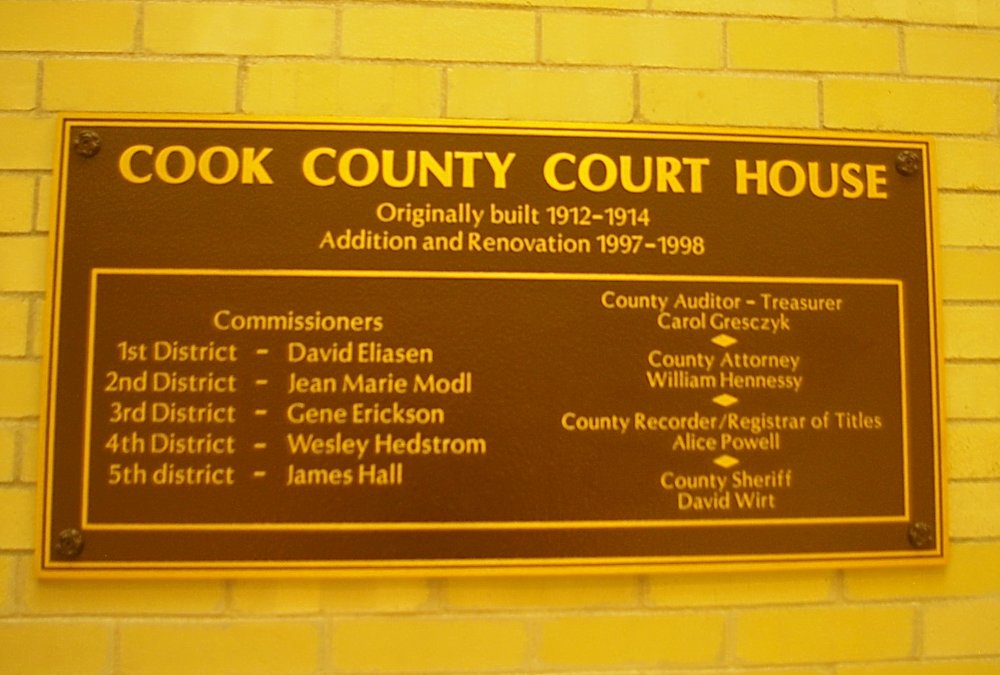 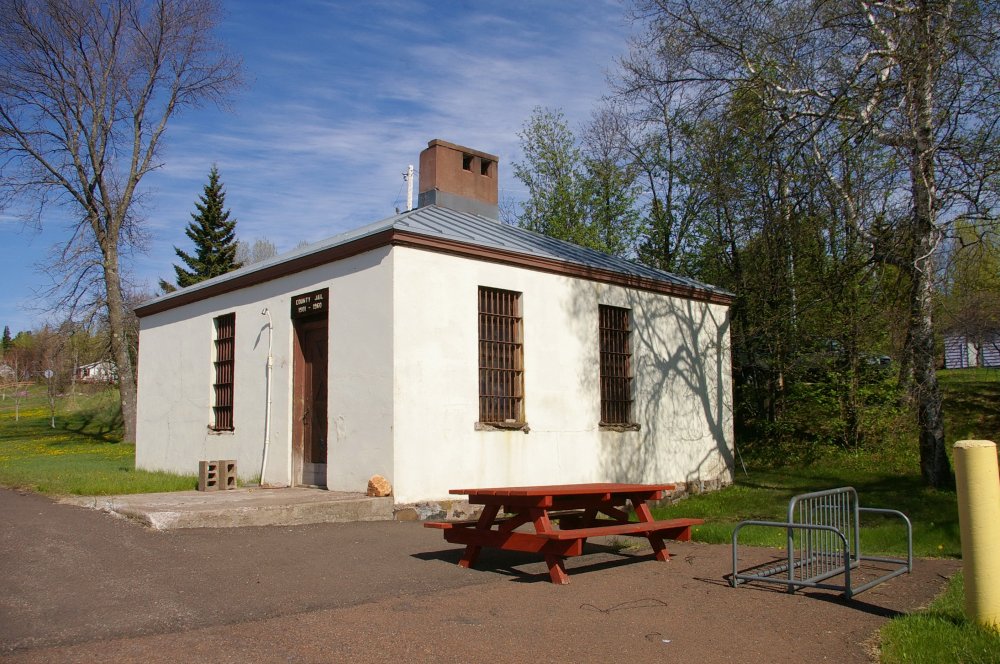