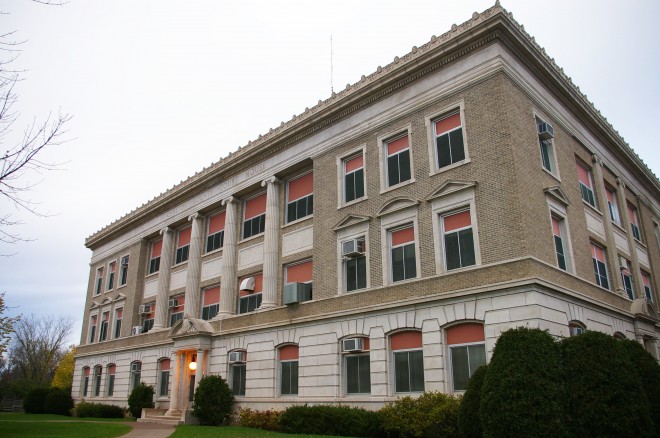 Carlton County is named for Reuben B Carlton, one of the first settlers in the town of Fond du Lac and who was a farmer and blacksmith for the Ojibway.

Description:  The building faces south and is a three story cream colored brick, concrete and stone structure. The rectangular shaped building is located on landscaped grounds in the center of Carlton. In the center section are four columns rising from the second to the top of the third story. The base of the building is stone. The roof is hipped. 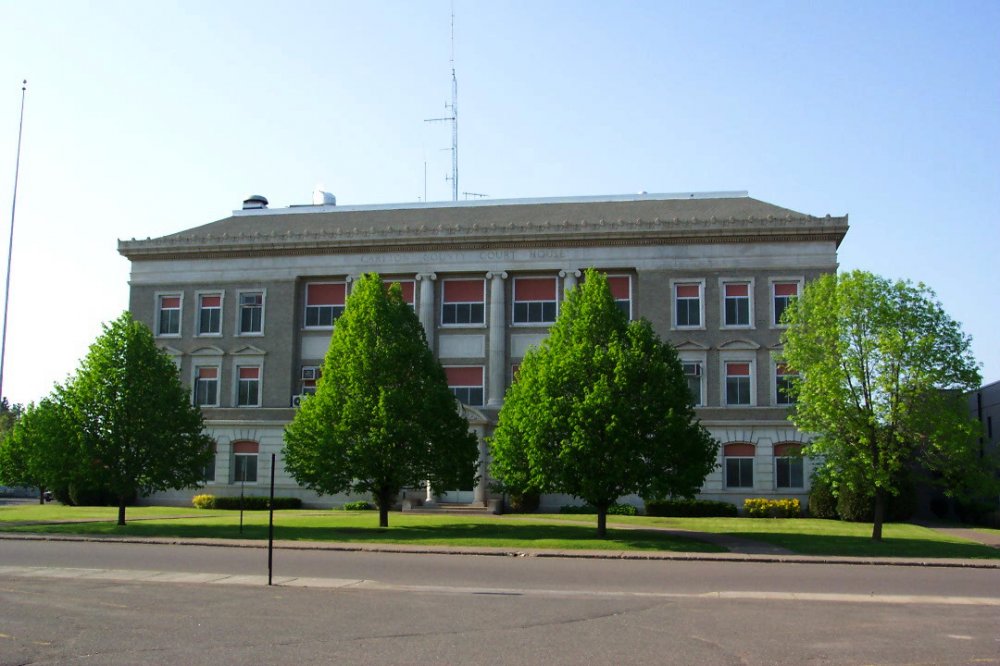 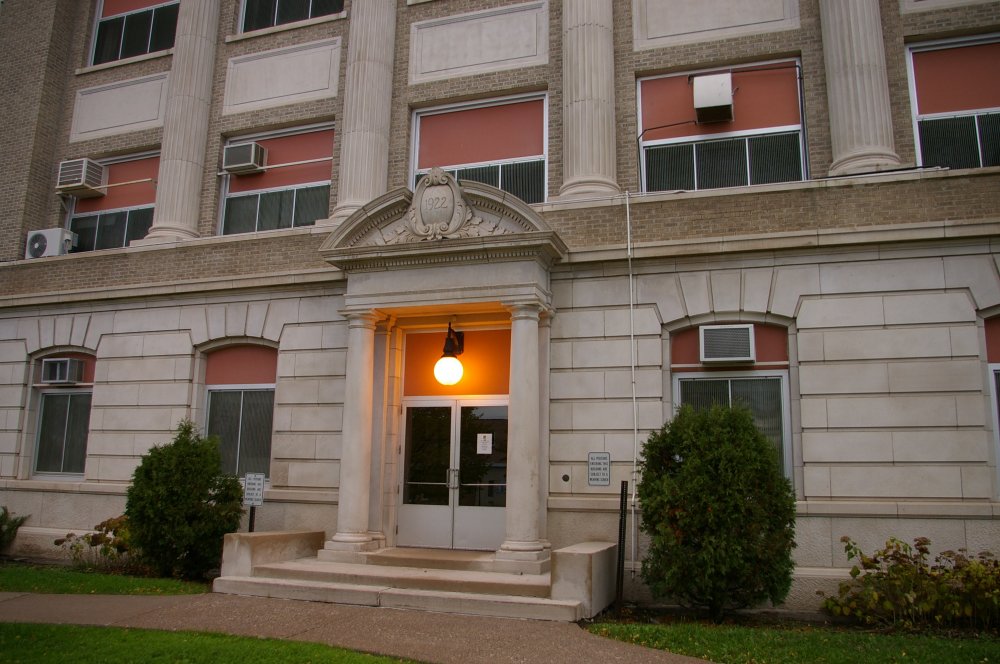 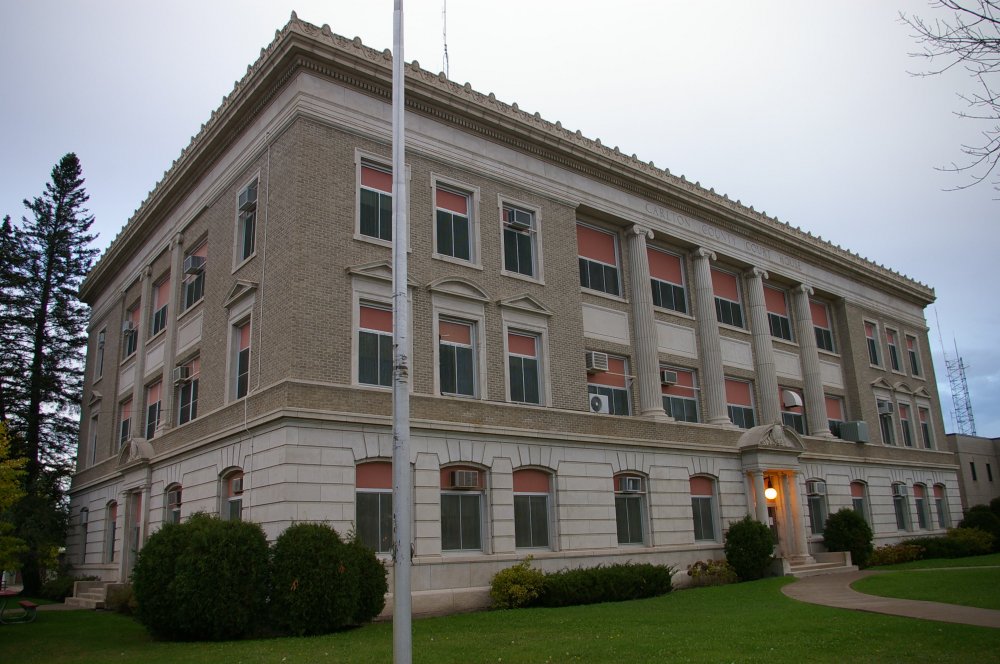