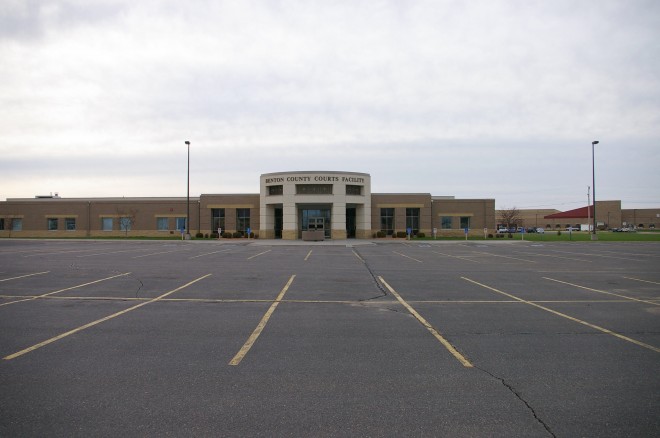 Benton County is named for Thomas Hart Benton, a United States Senator from Missouri from 1821 to 1851. 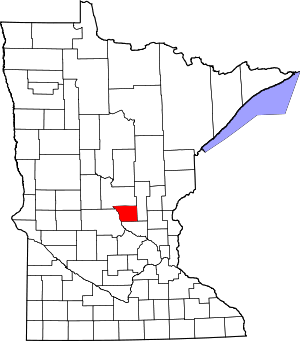 Description:  The building faces south and is a one story brick, stone, concrete and glass structure. The building is located on spacious grounds north of the center of Foley and is the Benton County Courts Facility covering 33,000 square feet. The building resembles the nearby jail which was built in 1994. The south front has a central entrance with semi-circular portico. The roof line is flat. The buildings are connected by an underground tunnel. The building houses two judges chambers, staff, court administration offices, corrections, county attorney and the law library.

Description:  The building faces east and is a two story yellow colored brick structure. The building is located on landscaped grounds in the center of Foley. A renovation in 1979, turned the building into a smooth rectangular block with plain mansard roof and glass-brick windows. The entrance from the annex consists of carpeted steps rising to the original entrance flanked by polished granite pillars. The building now houses the Benton County Administration. The architect in 1979 was Pauly and Olson of St. Cloud. The annex on the west side was built in 1974. The architect was Traynor, Hermanson and Hahn of St. Clous and the contractor was Conlon Construction. The building served as the courthouse until 1998.

Description:  The building faces south and is a one story yellow colored brick and concrete structure. The roof line is flat. The building forms the western section of the Benton County Courts Facility and is connected by tunnel to the courthouse. 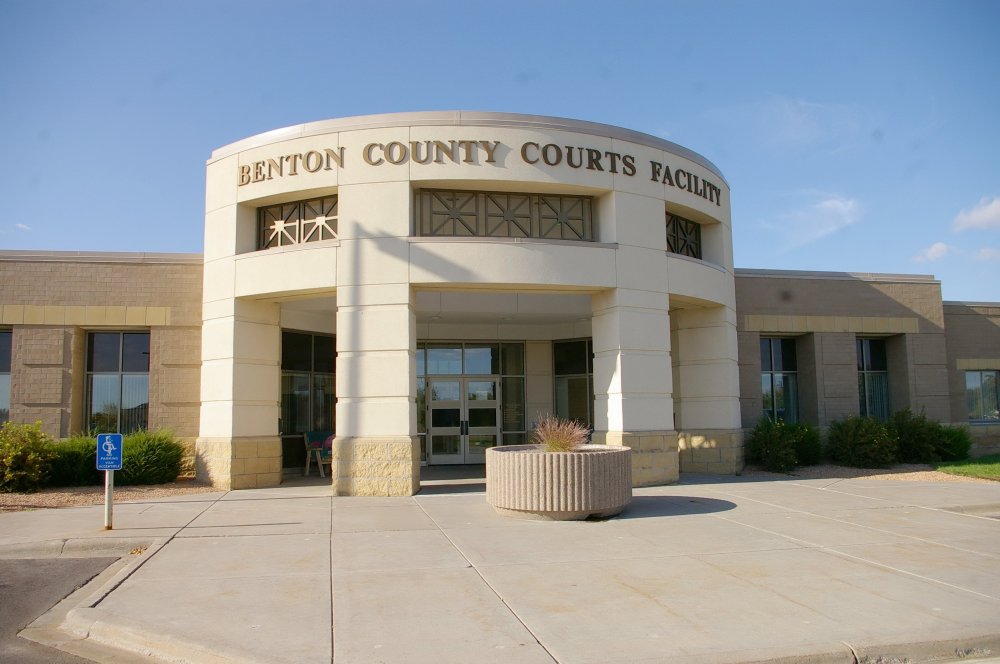 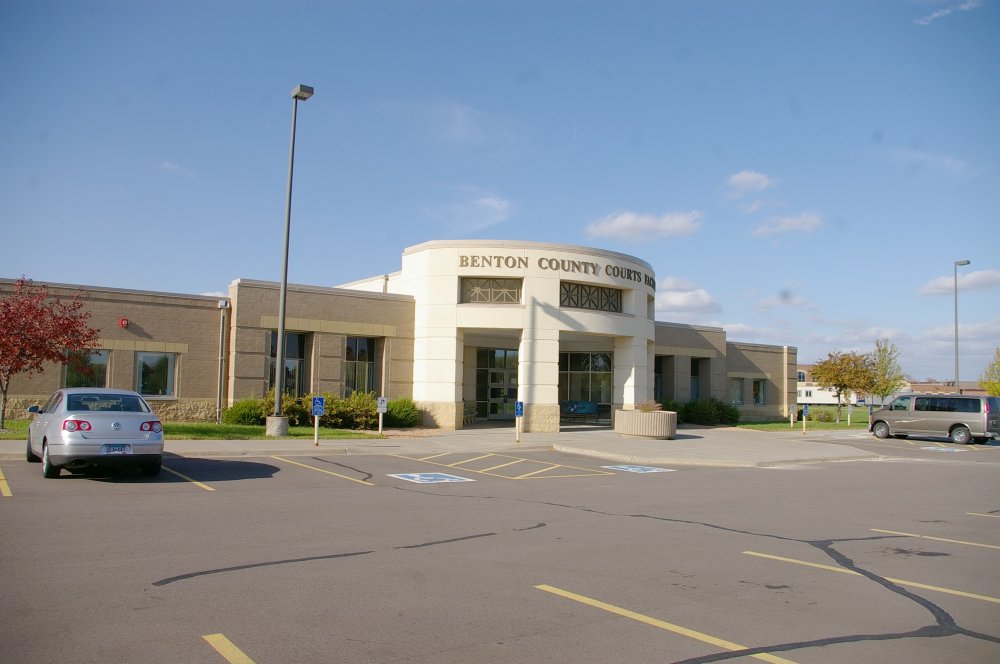 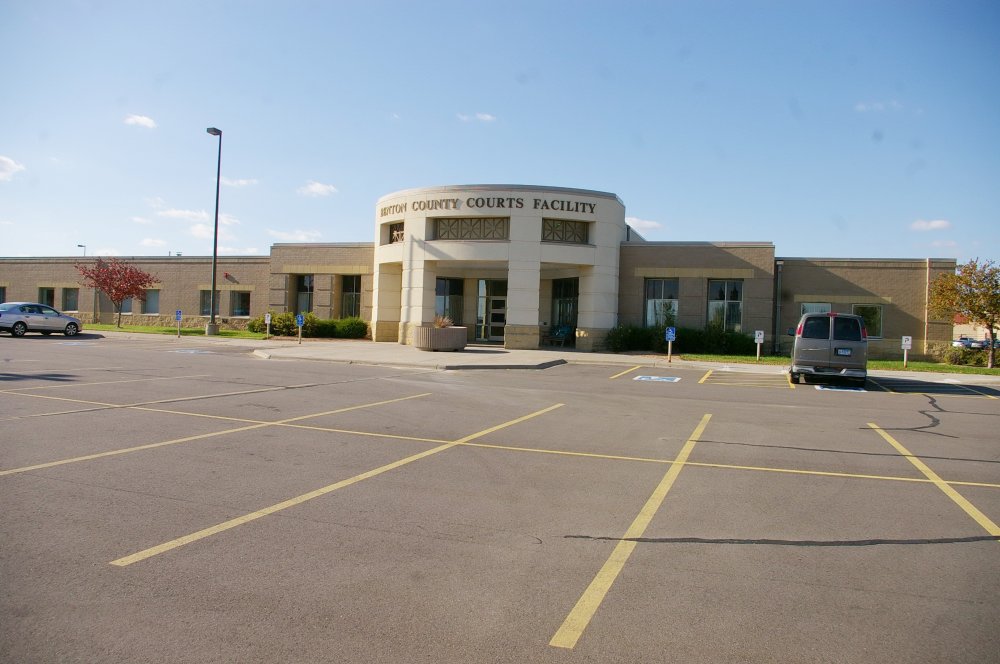 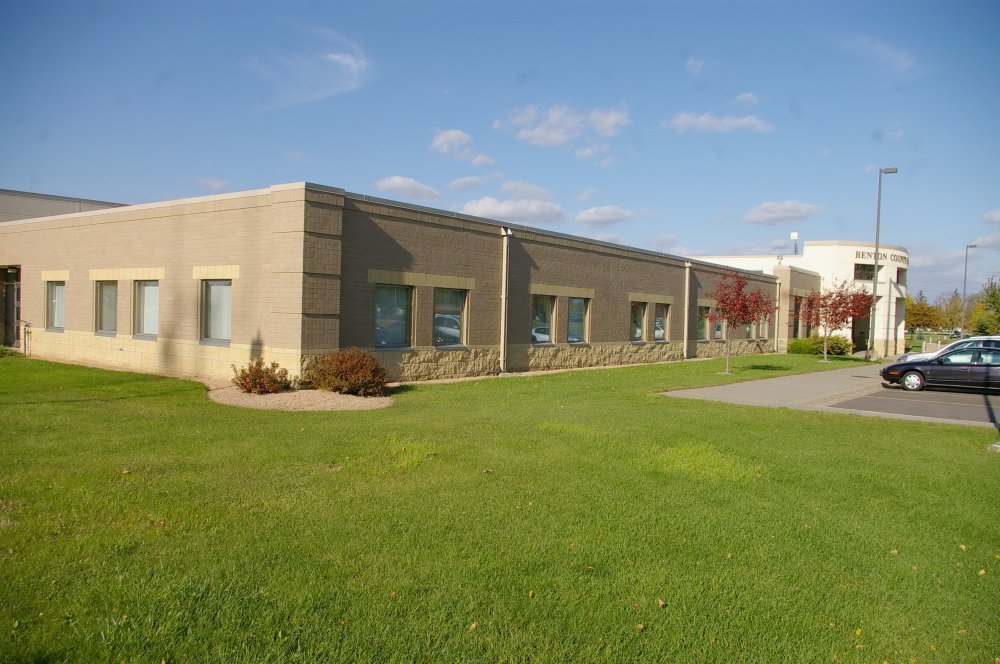 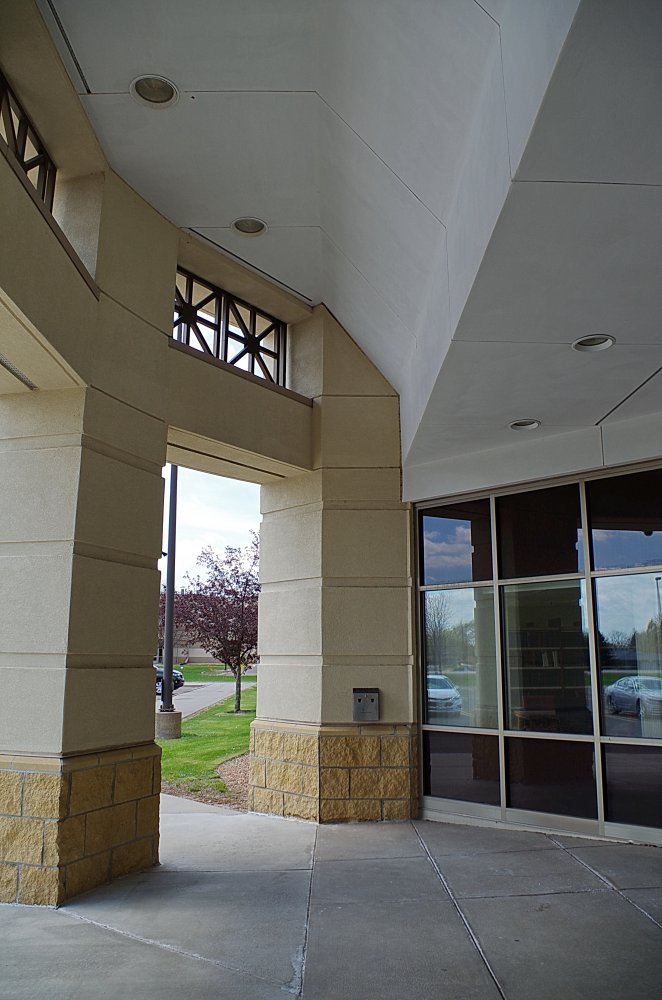 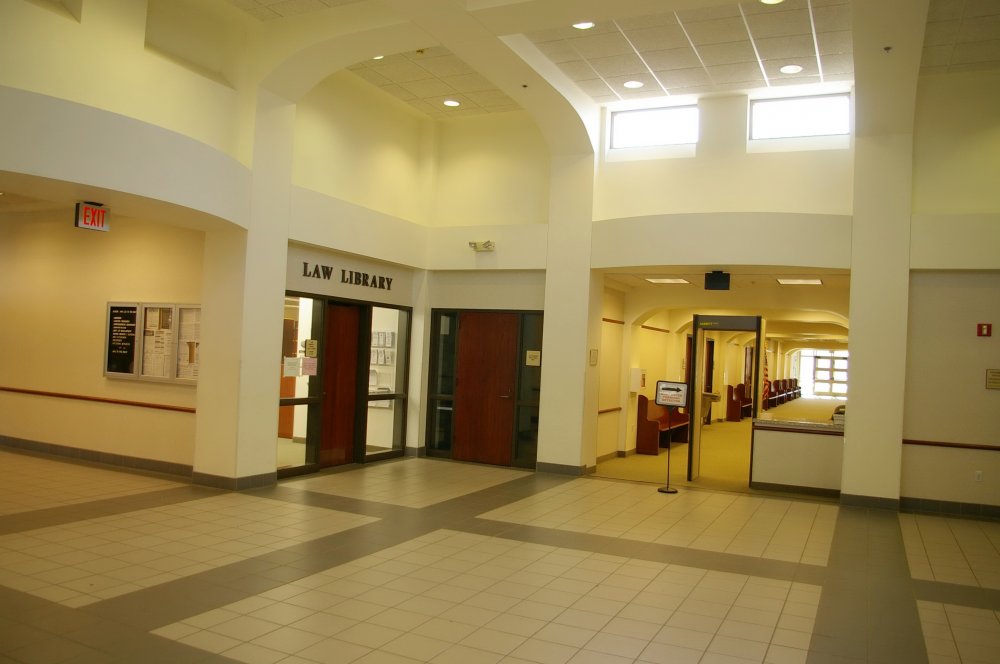 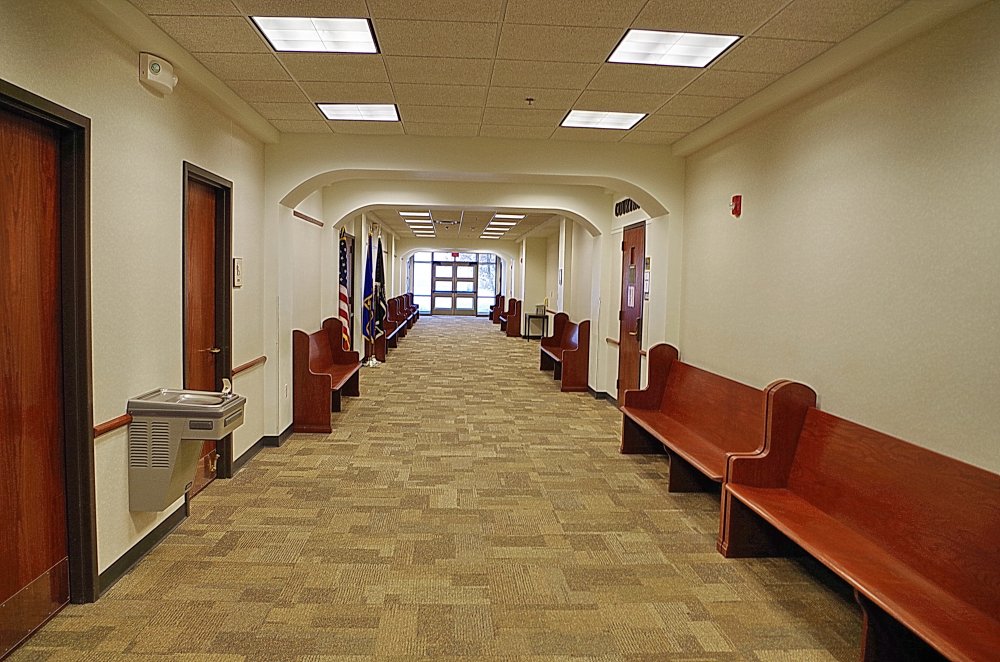 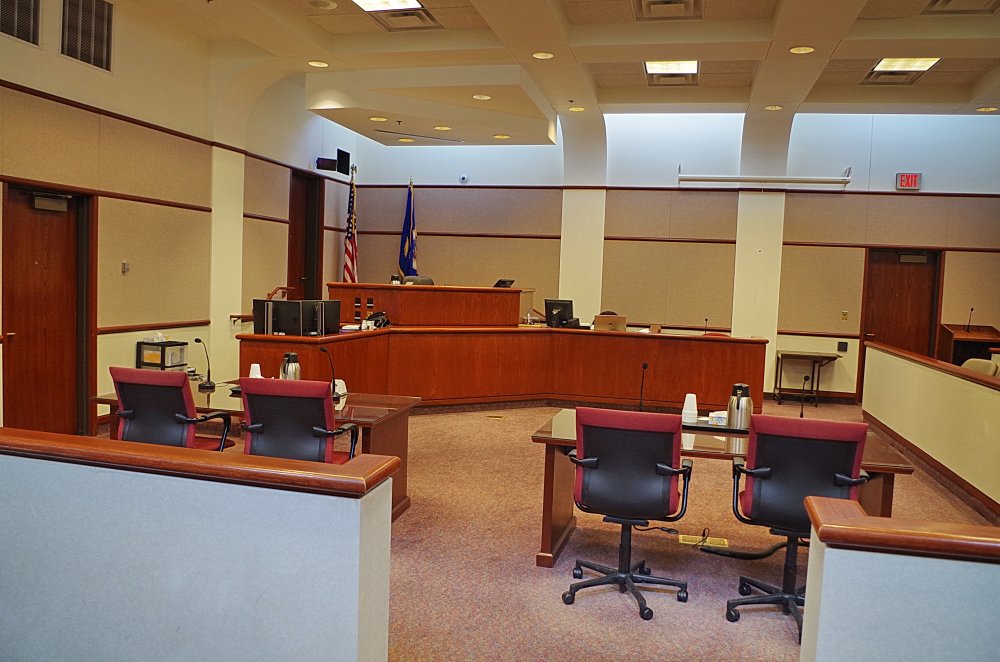 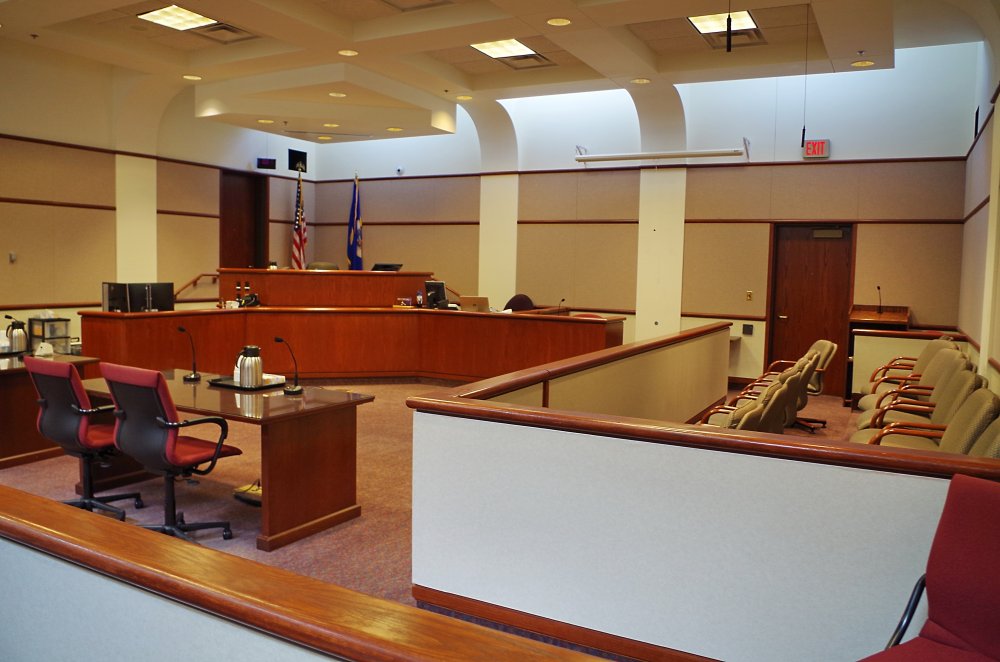 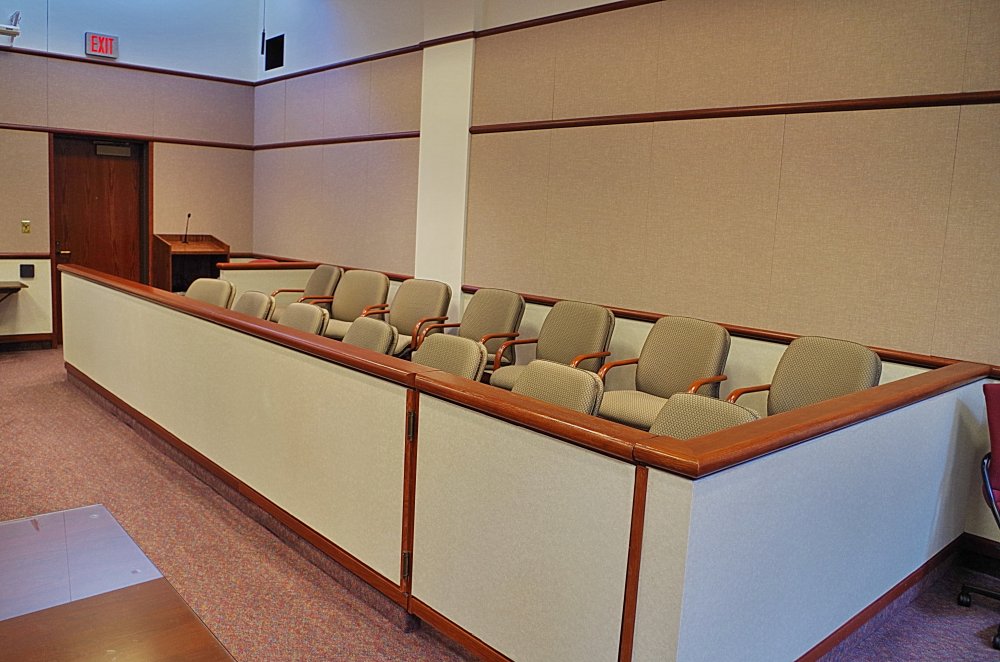 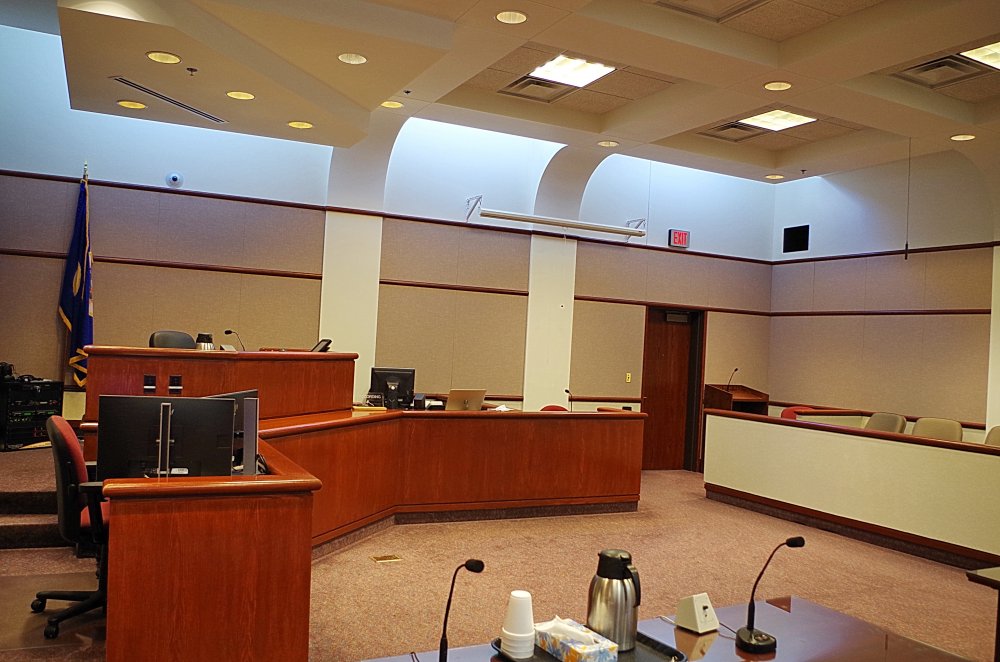 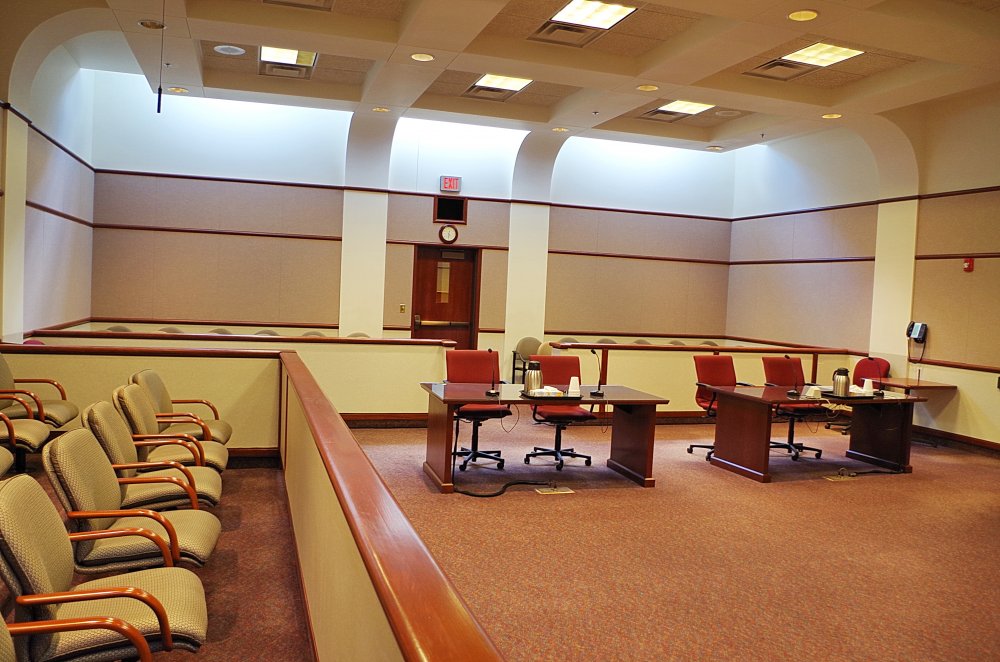 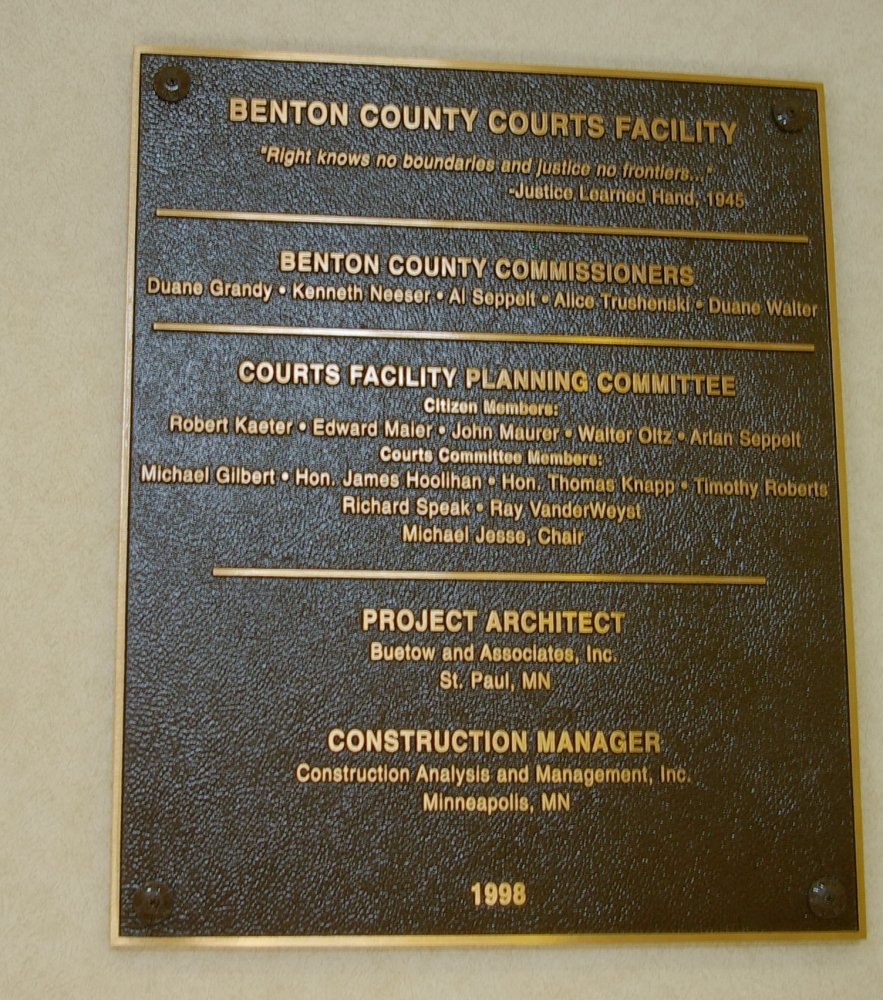 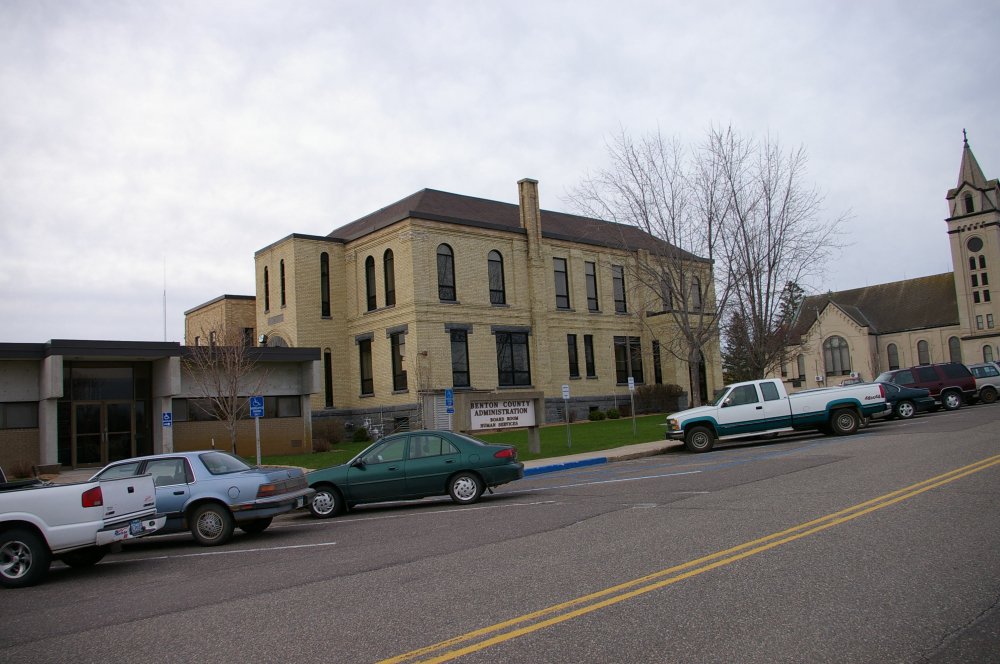 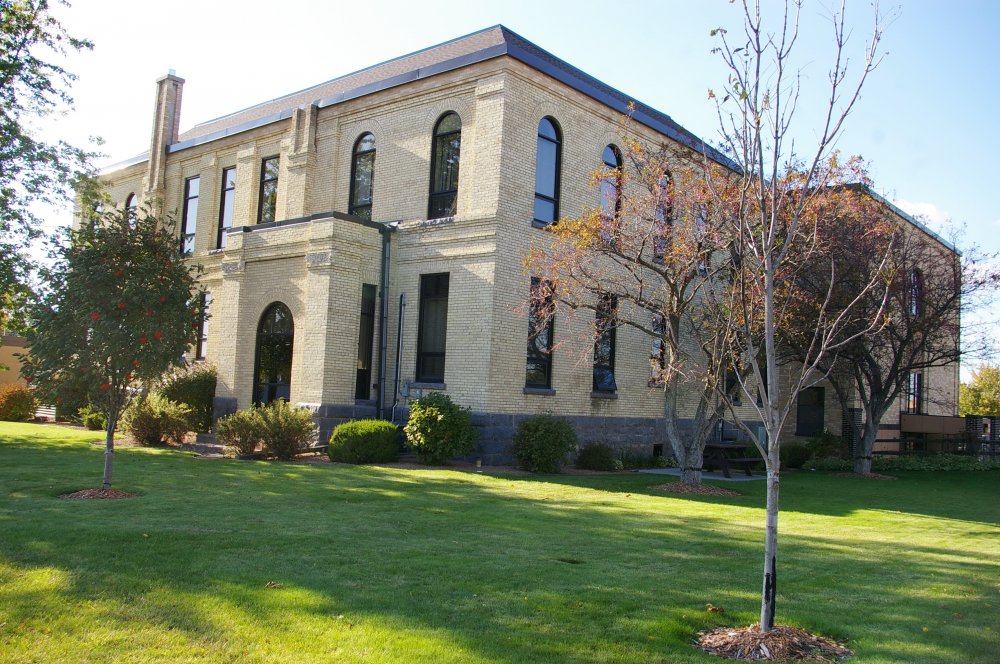 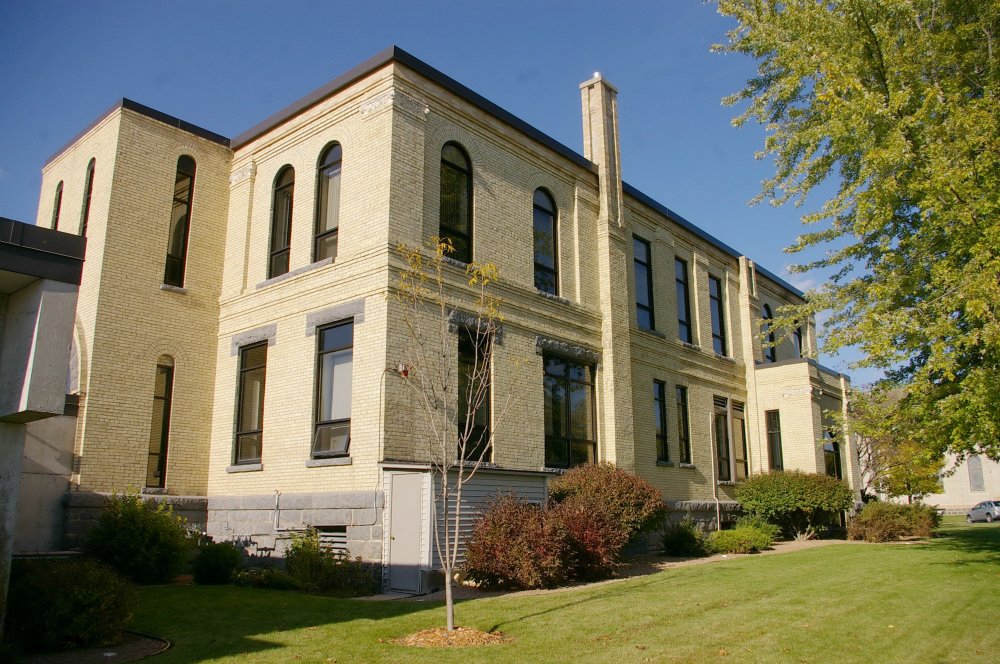 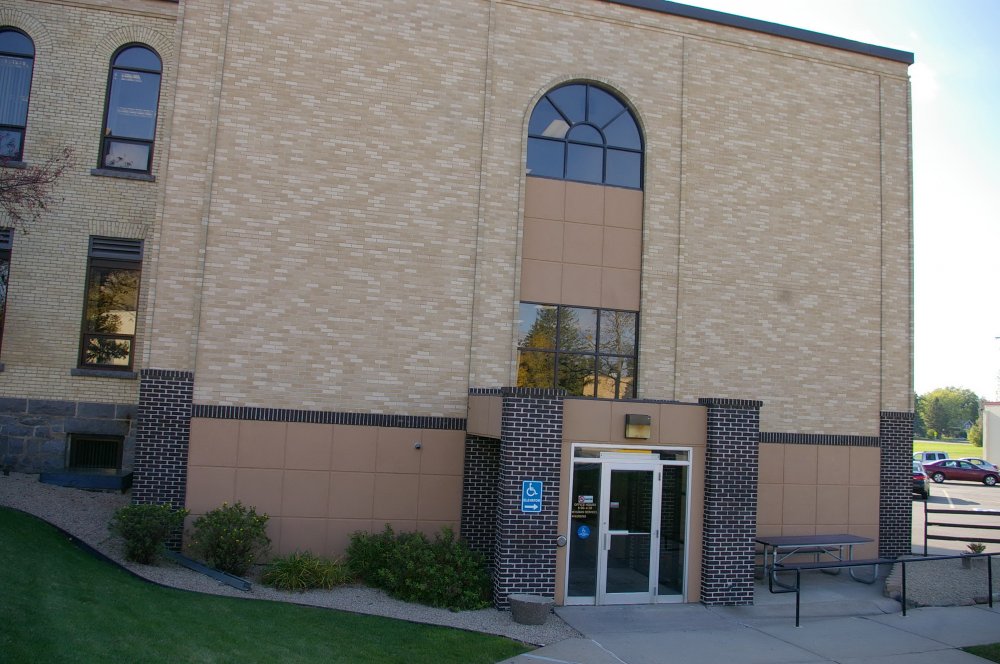 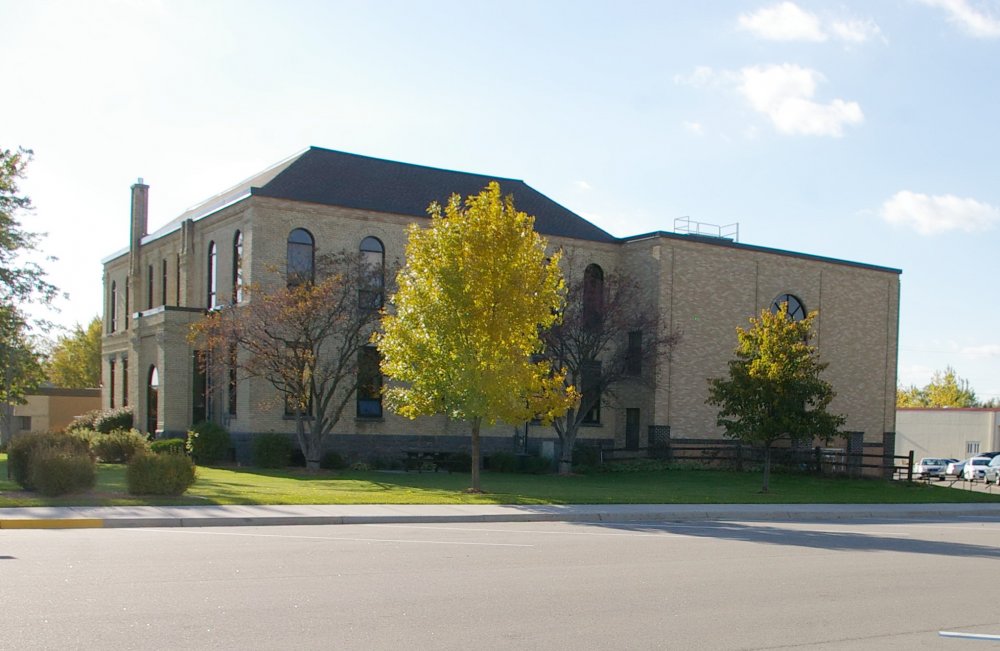 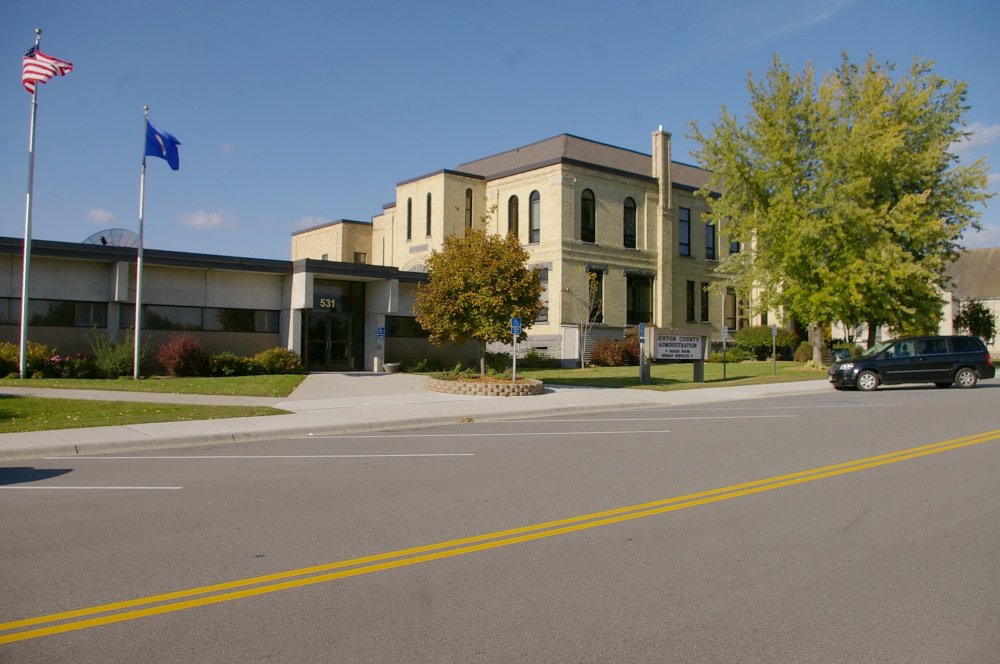 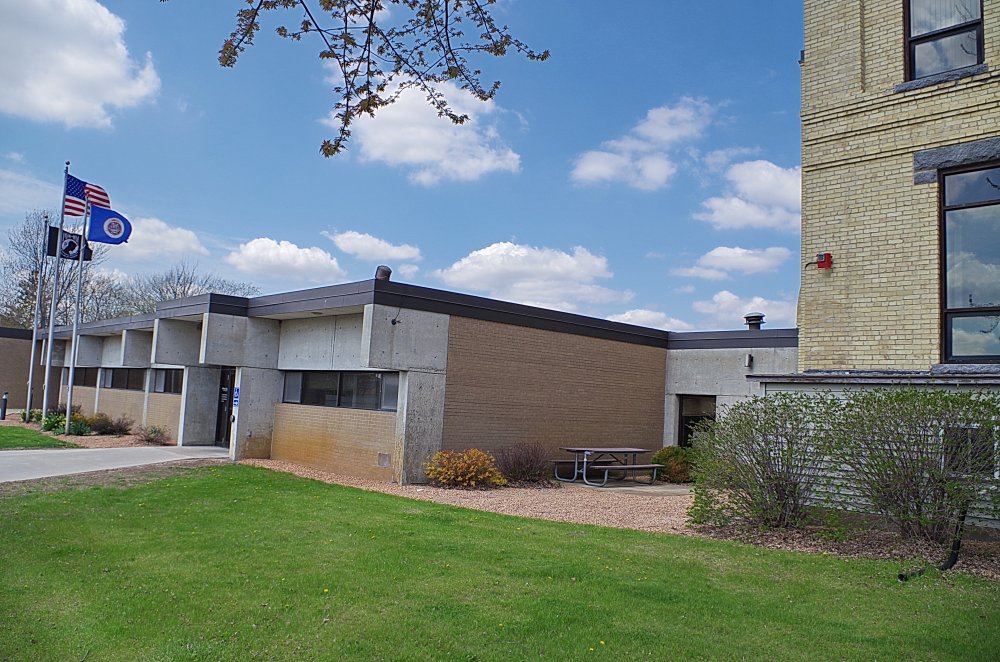