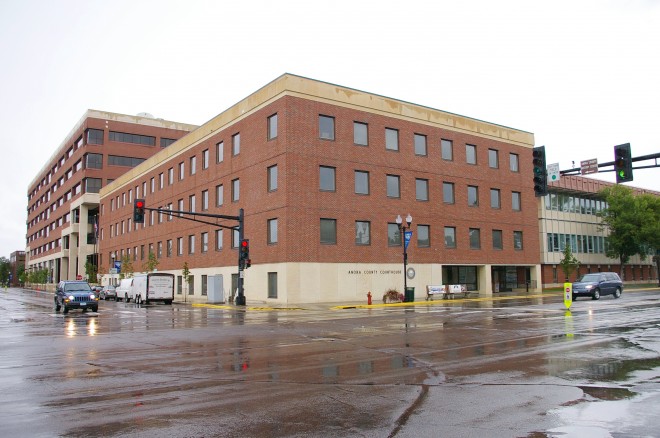 Anoka County is named for the Dakota word “anoka” which means “on both sides” as the City of Anoka was laid out on both sides of the Rum River. 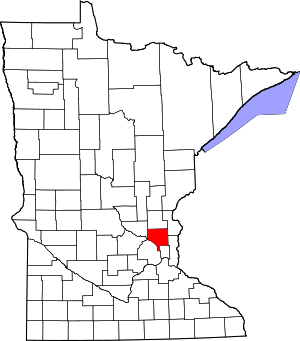 Description:  The building faces south and is a three story rectangular red colored brick, cream colored native limestone and concrete structure. The building is located in the center of Anoka. The building is faced with brick on the first story and aluminum-ribbed enamel panels and glass on the second and third stories. The roof line is flat.  In 1972, the third story was added. The building is connected to the east and west wings which were constructed later. In 1966 the east wing was constructed. From 1976 to 1980, a four story red colored brick west wing was constructed. The architect was Patch, Erickson, Madson of Minneapolis and the contractor was Adolphson & Peterson Construction. Description:  The building faces west and is a six story red colored brick, concrete and glass structure. The building is located in the center of Anoka. The first story has vertical concrete pillars with glass walls. The windows are horizontal. The roof line is flat.  The building is connected to the courthouse on the south and east sides. 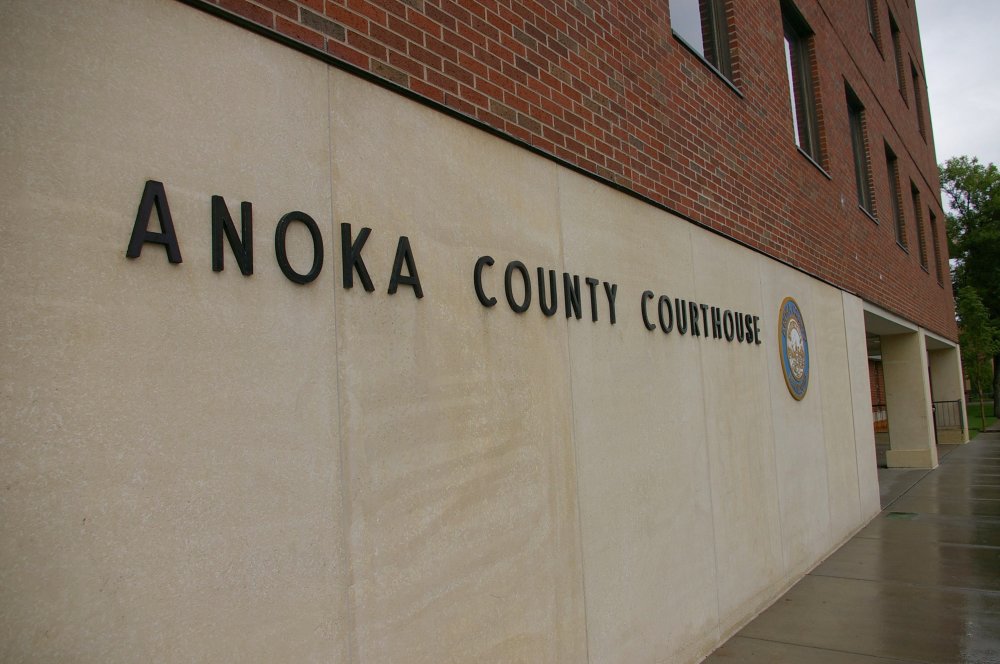 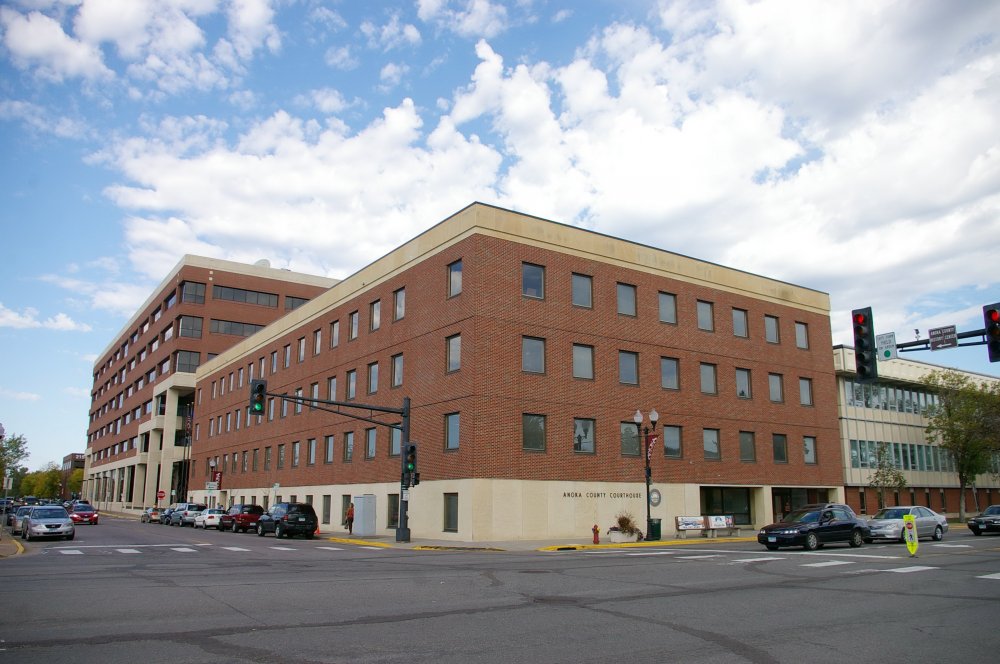 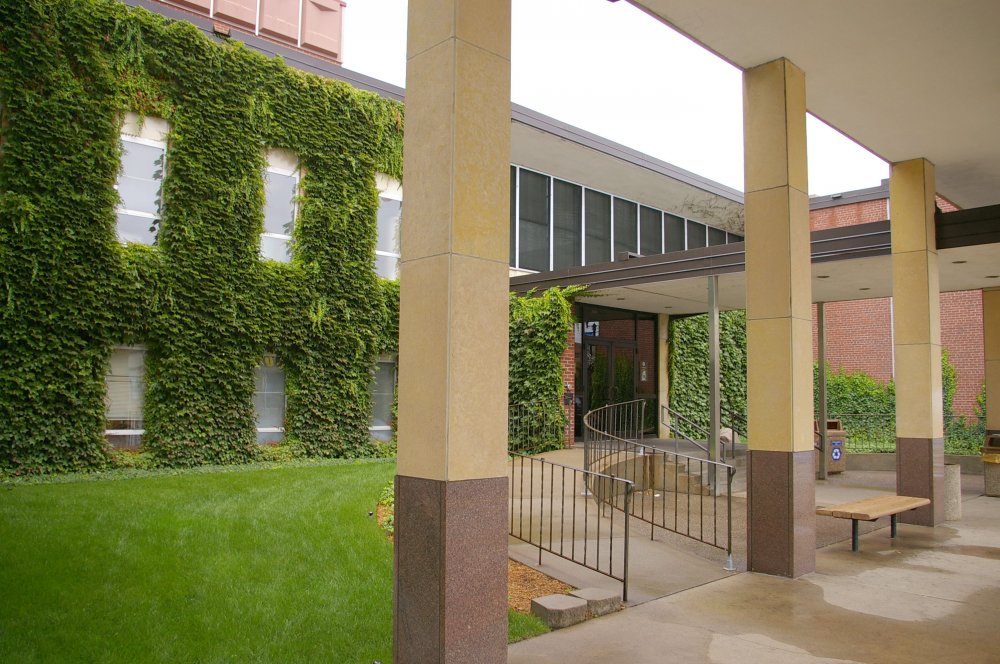 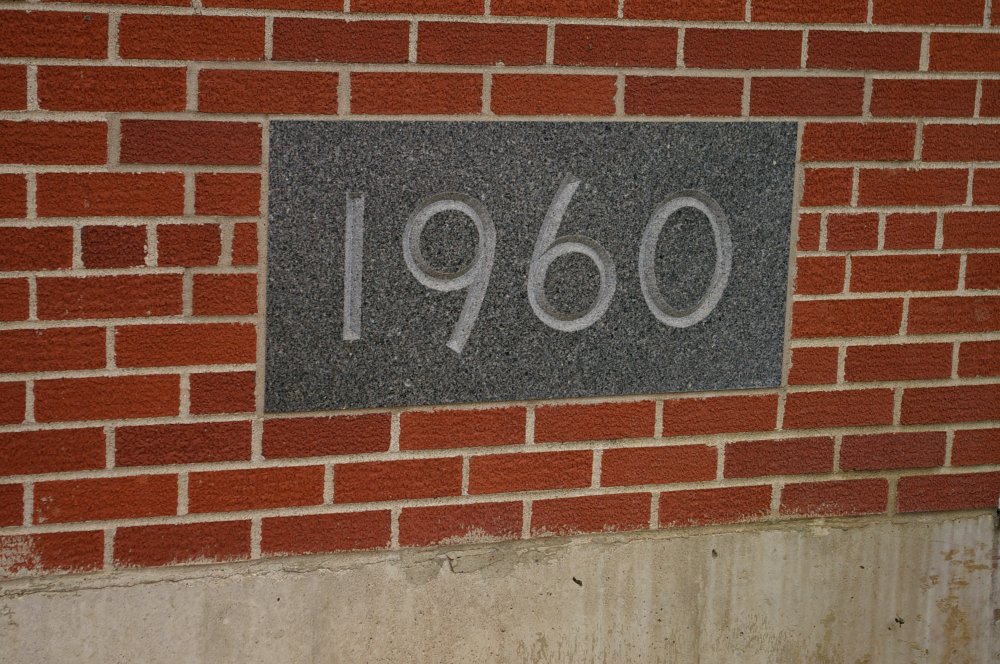 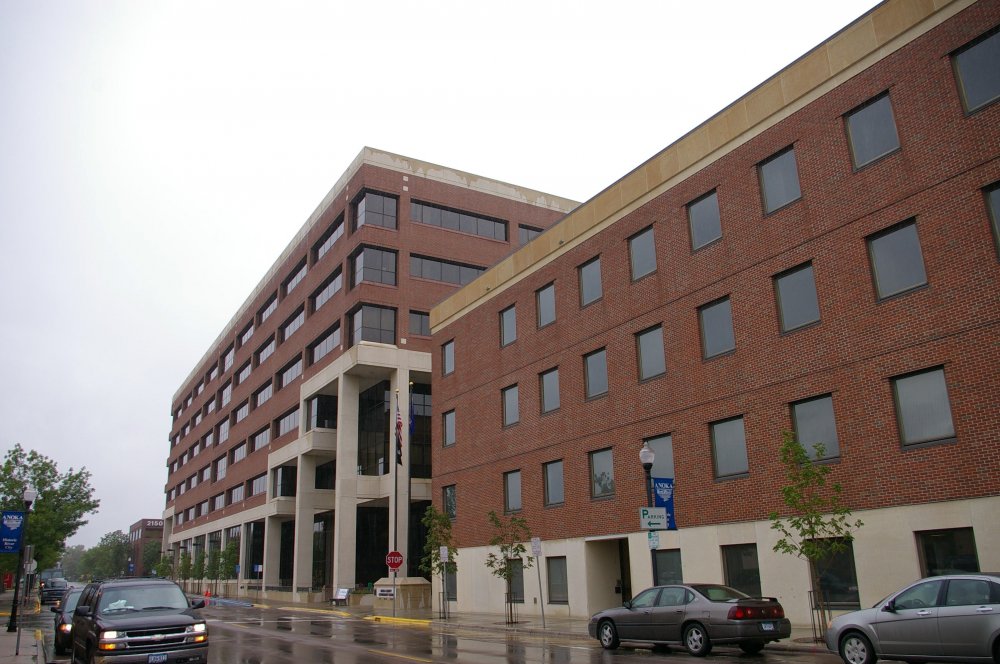 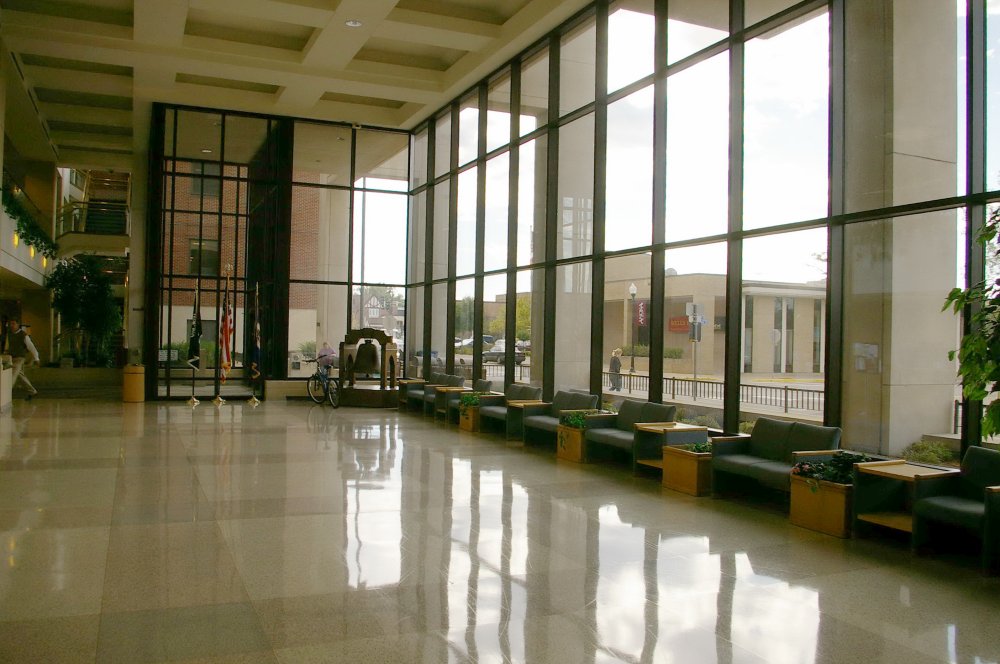 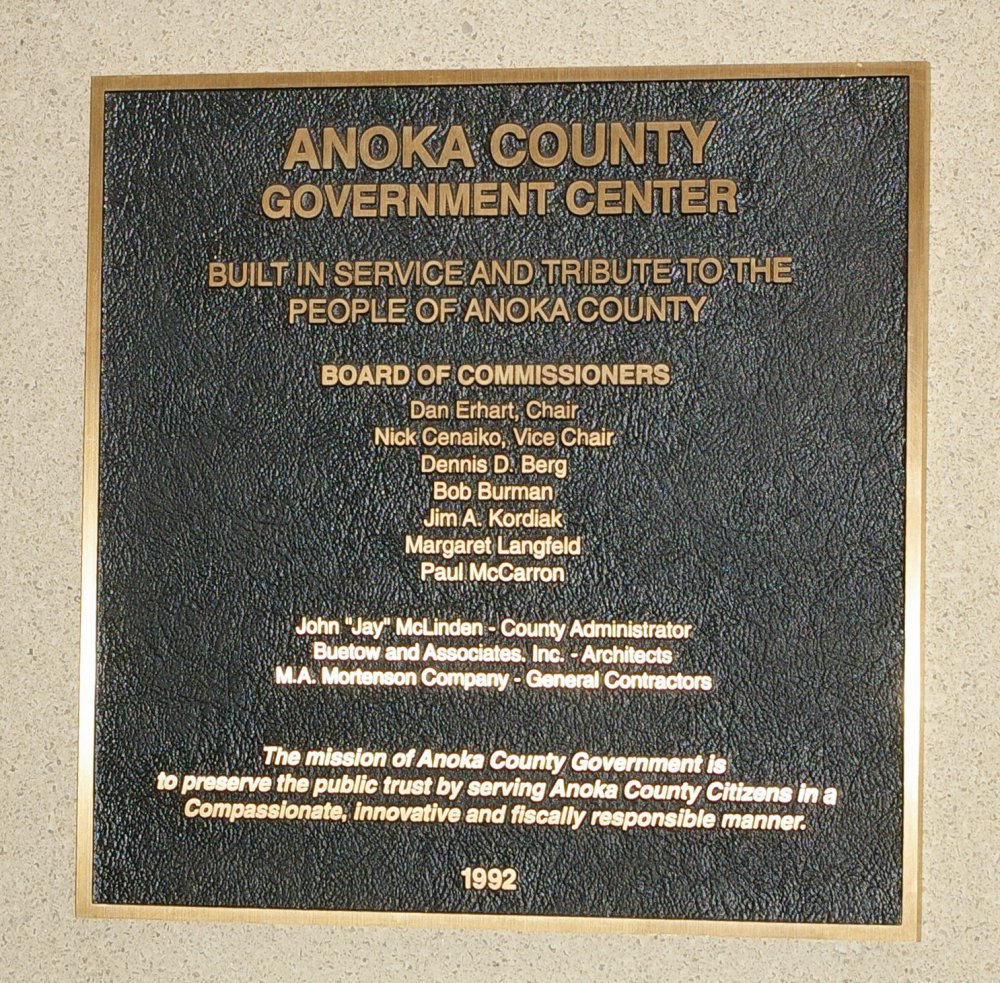