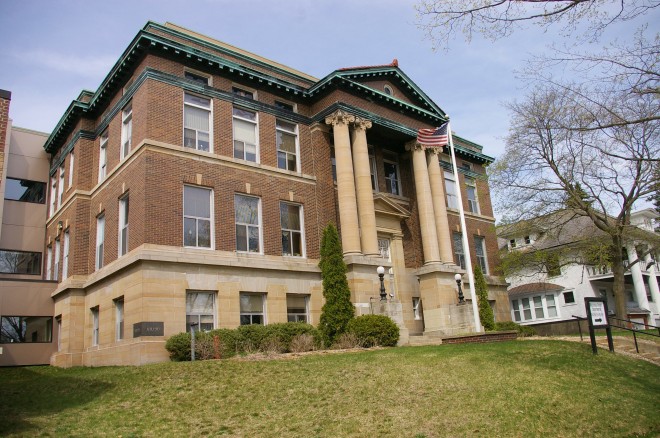 Wexford County is named for County Wexford in Ireland. 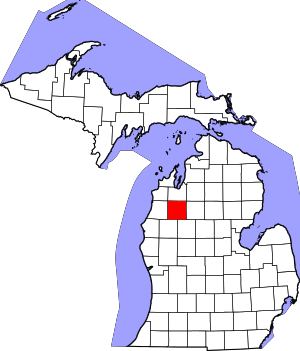 Architect:  Edwyn A Bond of Lansing

Description:  The building faces south and is a two story red-brown colored brick stone and concrete structure. The building is located on landscaped grounds on a hill in the center of Cadillac. The building has a raised basement and has a portico supported by four high columns rising to a pediment at the roof line. The base of the building is stone and stone surrounds the entrance doorway. On the center of the roof is a round red colored Spanish title dome. In the interior there is a lobby with intricate tile floors and a grand staircase. The courtroom is located at the northeast side of the second story and the Commissioner Meeting Room is located on the southeast side of the second story. The building houses the County Circuit Court of the 28th Judicial District, County District Court and County Probate Court. In 2002 an addition was added on the west and north sides. The architect was Wigen Tincknell Meyer & Associates Inc. and the contractor was Gundlack Champion Construction Services.

Description:  The building faces southwest and is a three story red colored brick, stone and concrete structure. The building is located in the center of Cadillac. The first story has store fronts with central entrance with a rusticated stone arch and stone piers, Cut stone belt courses are located between the stories on three of the four sides. The roof line is flat. The county occupied the second story from 1890 to 1912.

History:  The county was created in 1840 as Kantawaubet County and was renamed in 1843 as Wexford County. Sherman was selected as the county seat in 1870 after the county was organized in 1869. The county met in private residences and court was held in the log hotel owned by Sylvester Clark. The first courthouse was a two story wood frame structure designed by William Holdsworth Sr. of Traverse City and constructed by J H Wheeler in 1872 at a cost of $5,000. The county seat was moved to Manton in 1881. Before the second courthouse could be completed, the county seat was moved to Cadillac in 1882 and county records were removed by citizens from Cadillac. The county occupied several buildings until offices were rented at the Holbrook & May Building and in 1884 at the Cornwall & La Bar Building. In 1889, the offices were at a brick building on Mason Street and in 1890, the offices were on the second story of the Masonic Building which is still standing. The second and present courthouse was constructed in 1911 to 1913 at a cost of about $75,000. The cost of the 2002 addition was $4,400,000. 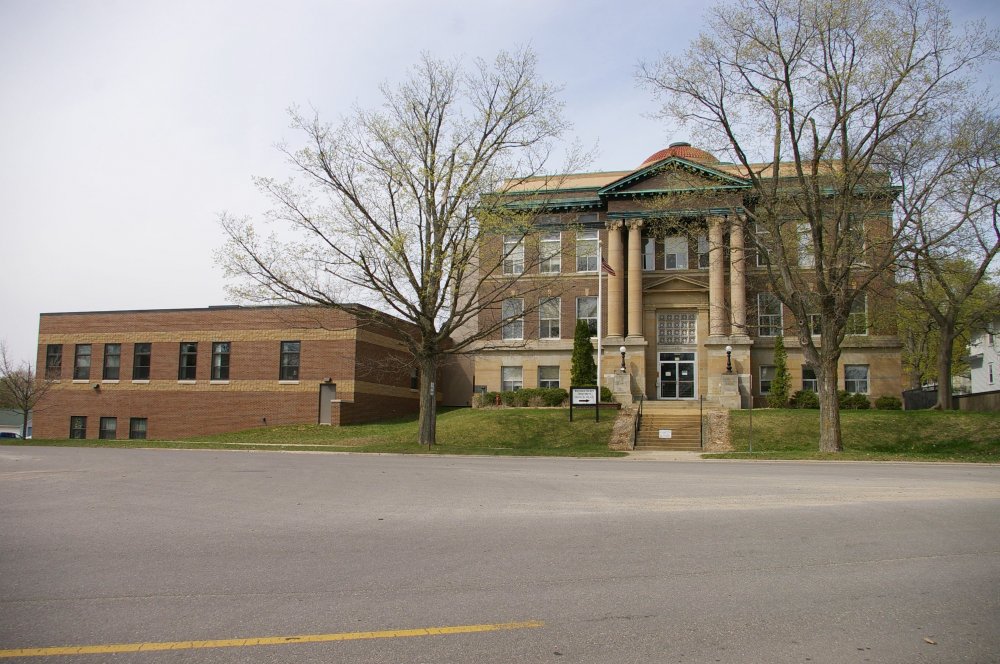 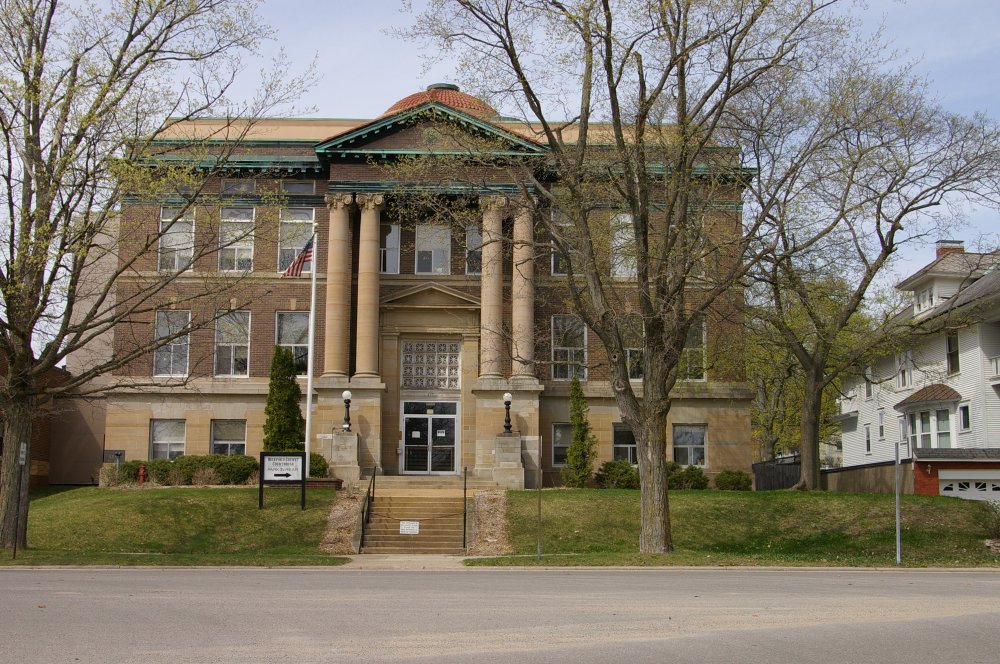 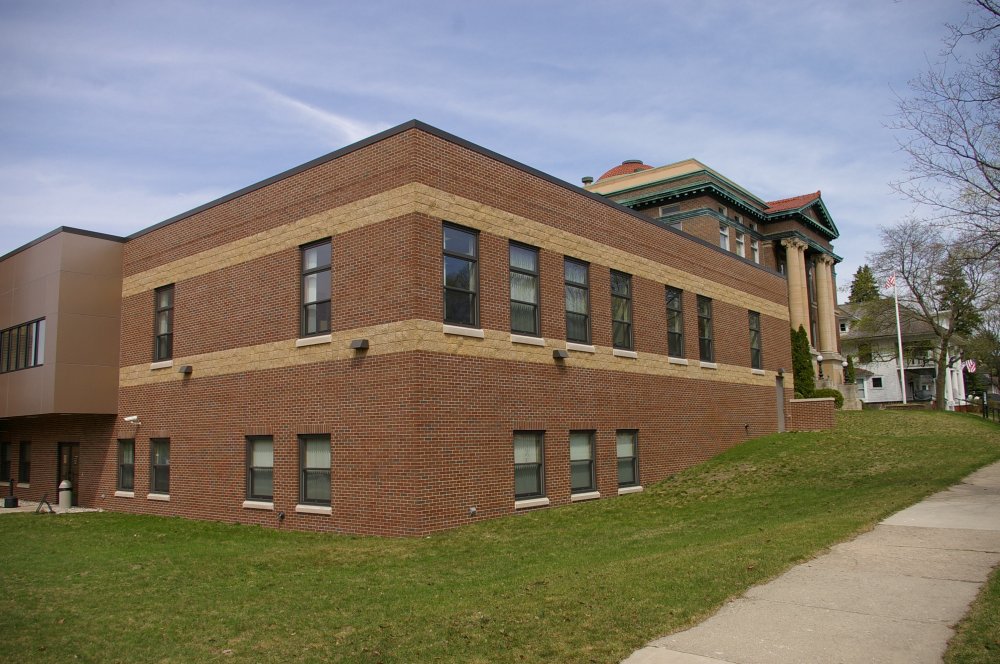 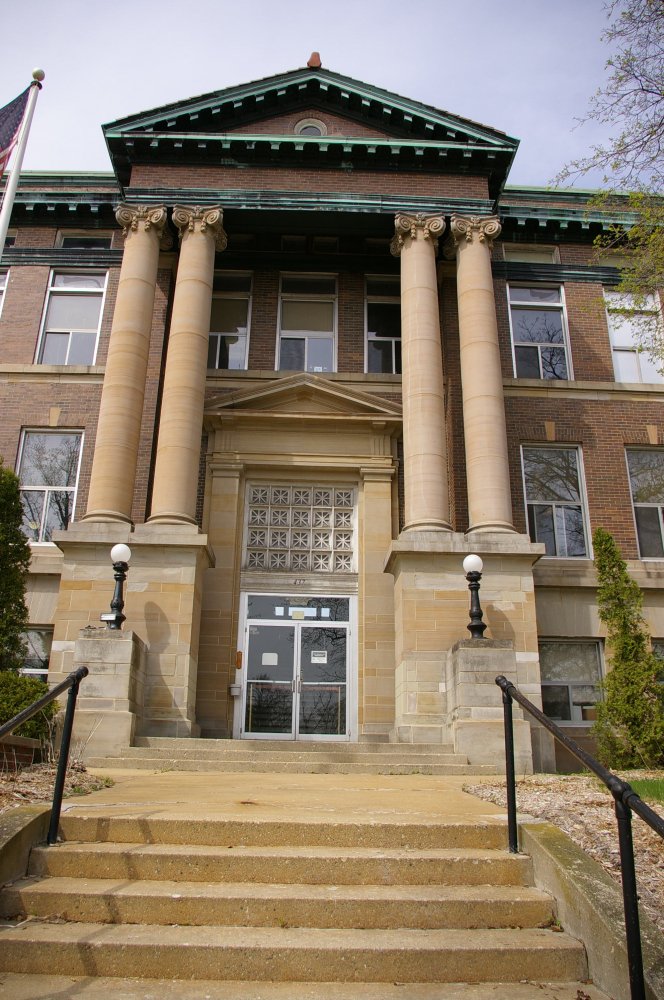 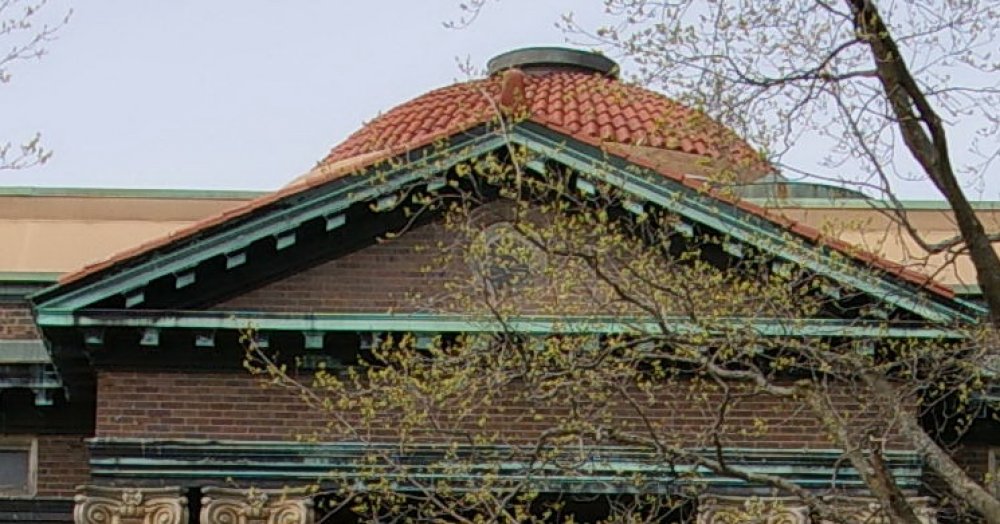 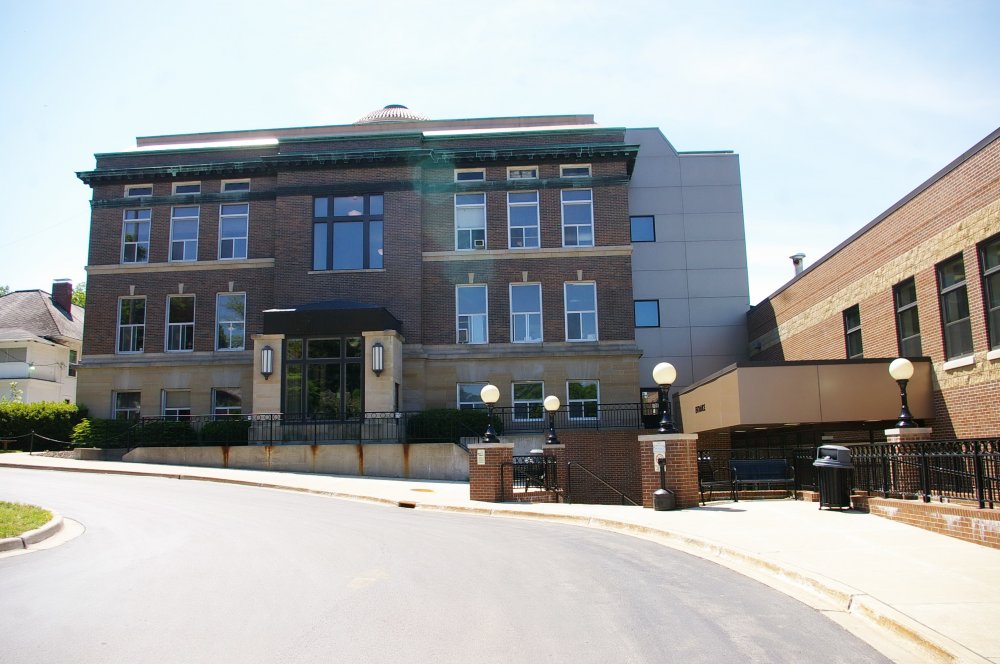 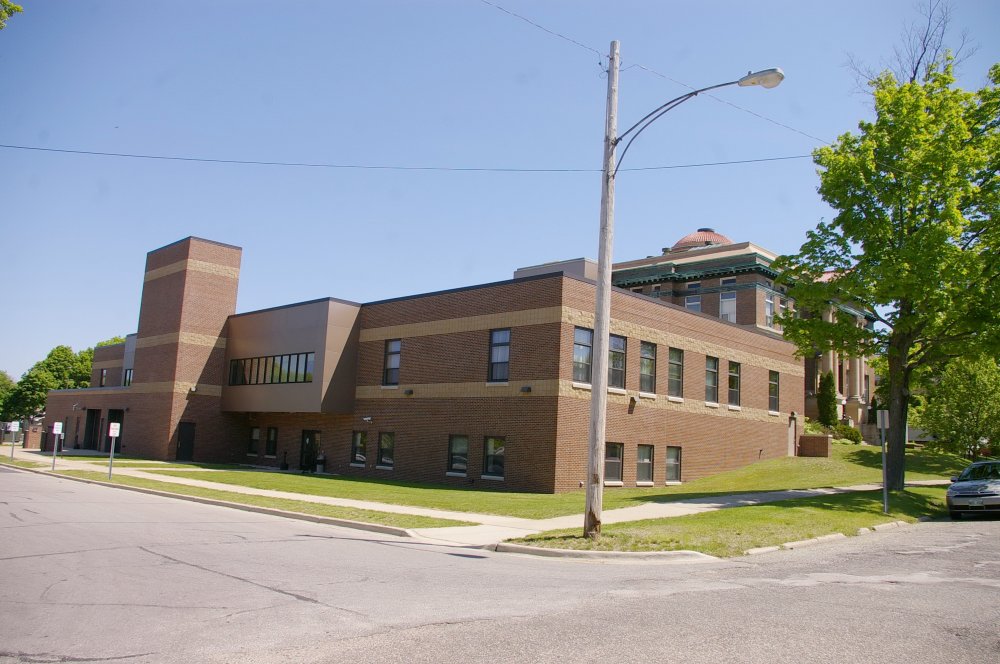 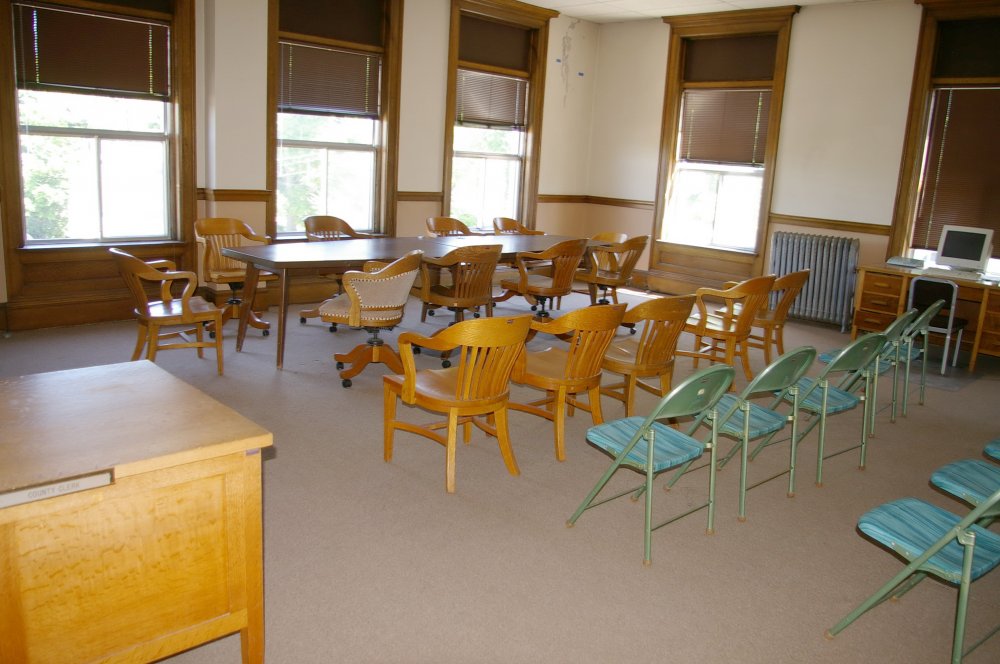 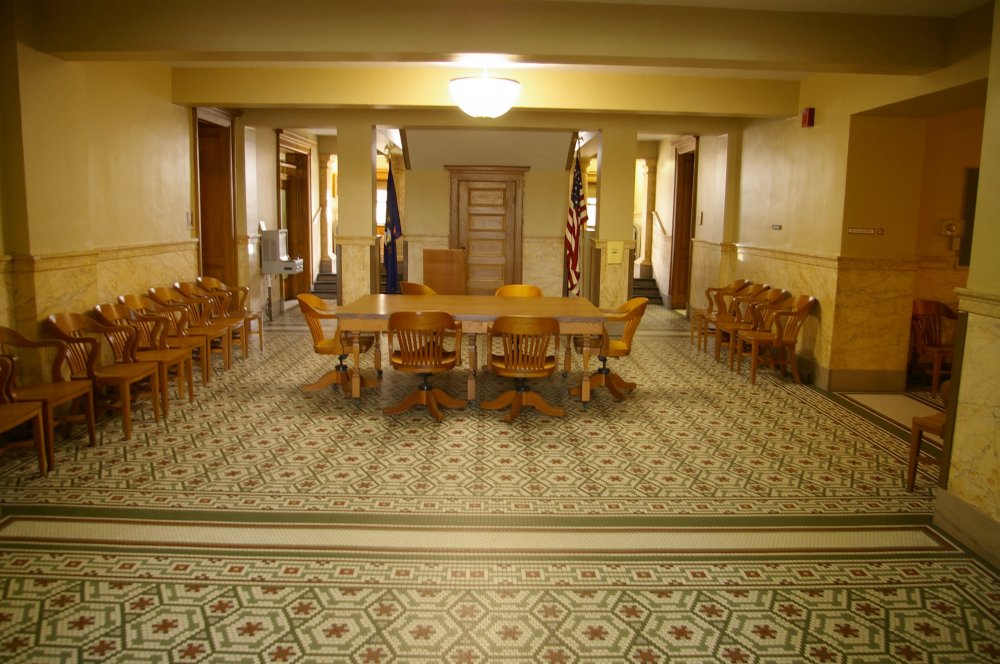 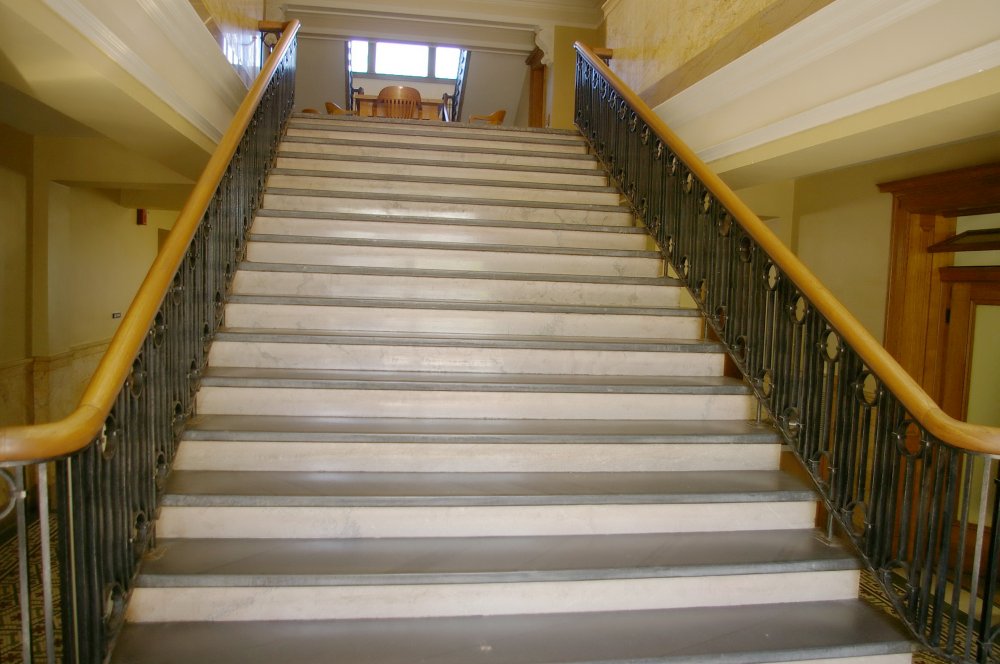 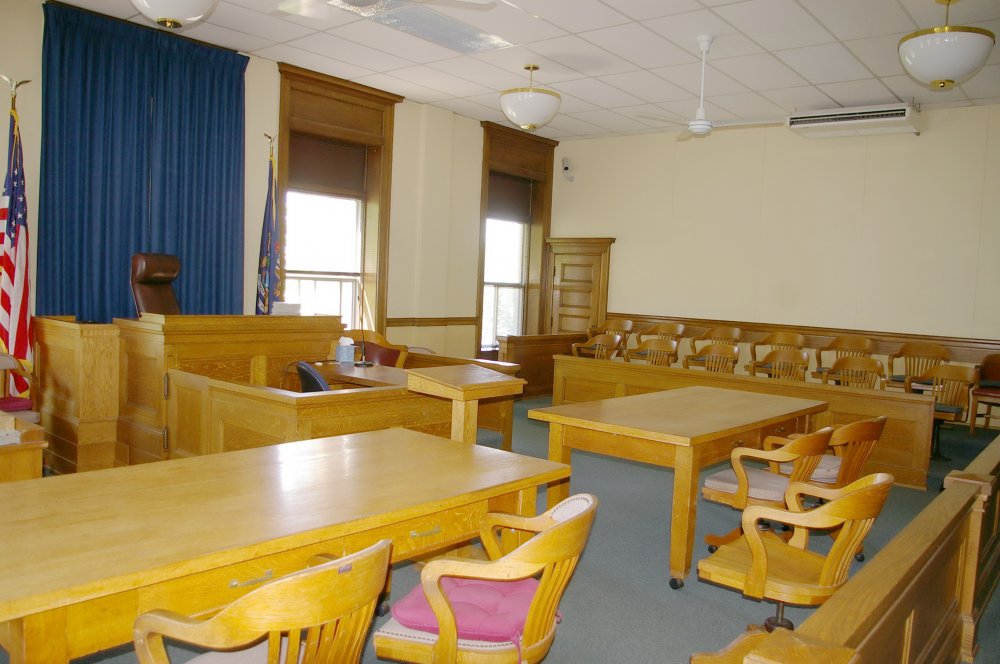