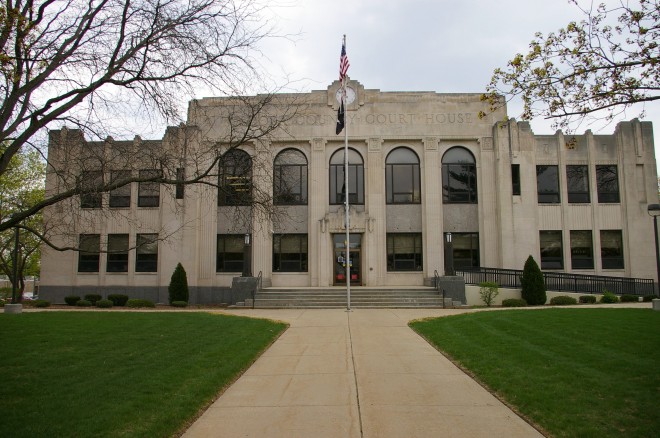 Description:  The building faces northwest and is a three story limestone, stone and concrete structure. The building is located on landscaped grounds in the center of Caro. The base of the building is Minnesota granite and the walls are Indiana limestone. The front center section extends from the building and rises higher. The second story windows are arched and at the top is a clock. Vertical stone dividers run between the windows on the south and north wings. The roof line is flat. In the interior, the entrance lobby has a vaulted ceiling and colorful painted tile and moldings and marble wainscoting. On the stairs ascending to the second story is a twelve by eighteen foot stained glass window which depicts General Lewis Cass meeting with Native Americans on the bank of the Cass River to sign a treaty. The two courtrooms are located on the second story, which used to be one large courtroom. The building houses the County Circuit Court of the 54th Judicial District, County District Court and County Probate Court. On the southeast side is the Sheriff’s Office and County Jail.

History:  The county was created in 1840 and Vassar was selected as the county seat in 1860 after the county was organized in 1860 and separated from Saginaw County. In 1966, after a long battle for a county seat, Centreville was chosen. In 1869, the name of the county seat was changed to Caro. The first courthouse in 1866 was a former Universalist church relocated from Almer Township to land in Centreville donated by Peter D Bush. The second courthouse was a two story brick structure designed by Porter and Watkins and built in 1873 at a cost of $15,000. The third and present courthouse was constructed in 1932 to 1933, at a cost of $180,000. During construction, the county used the McNair Block.

Note:  When Vassar was the county seat, the county records were kept in a church at the corner of State Street and Sherman Street. 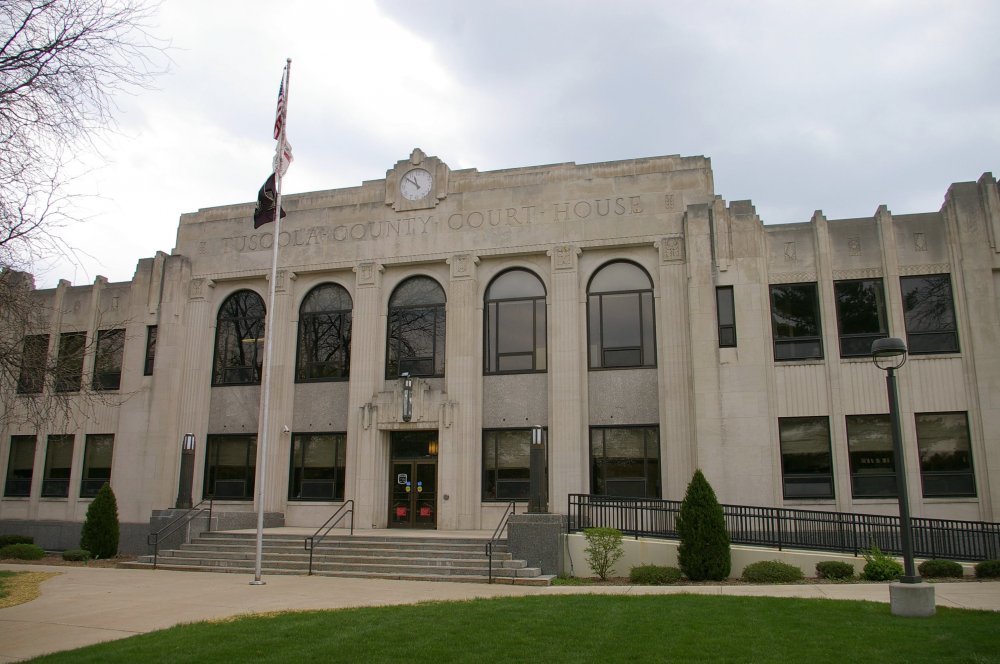 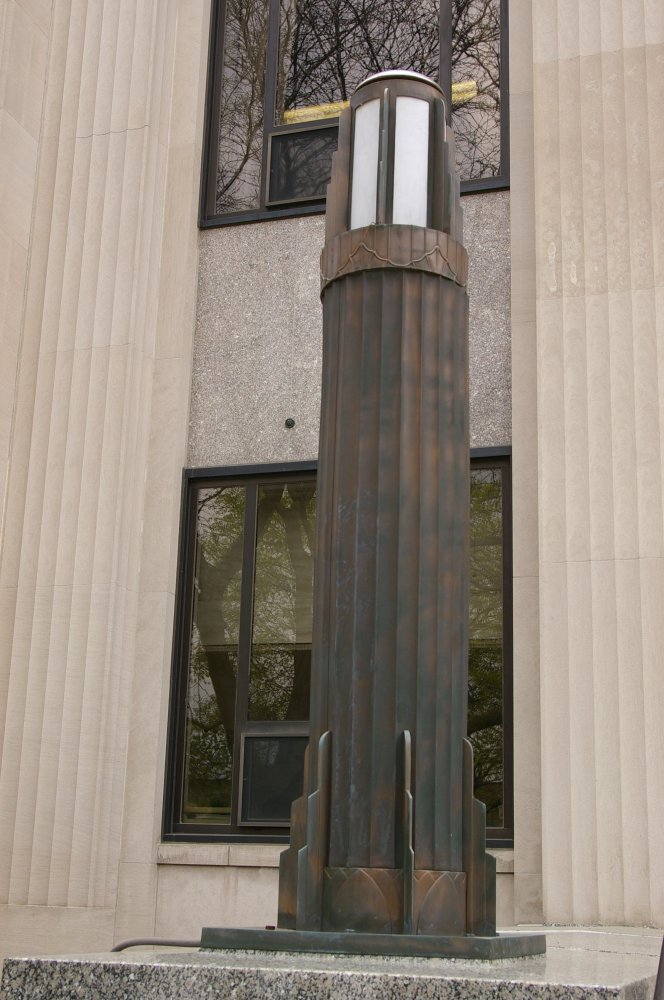 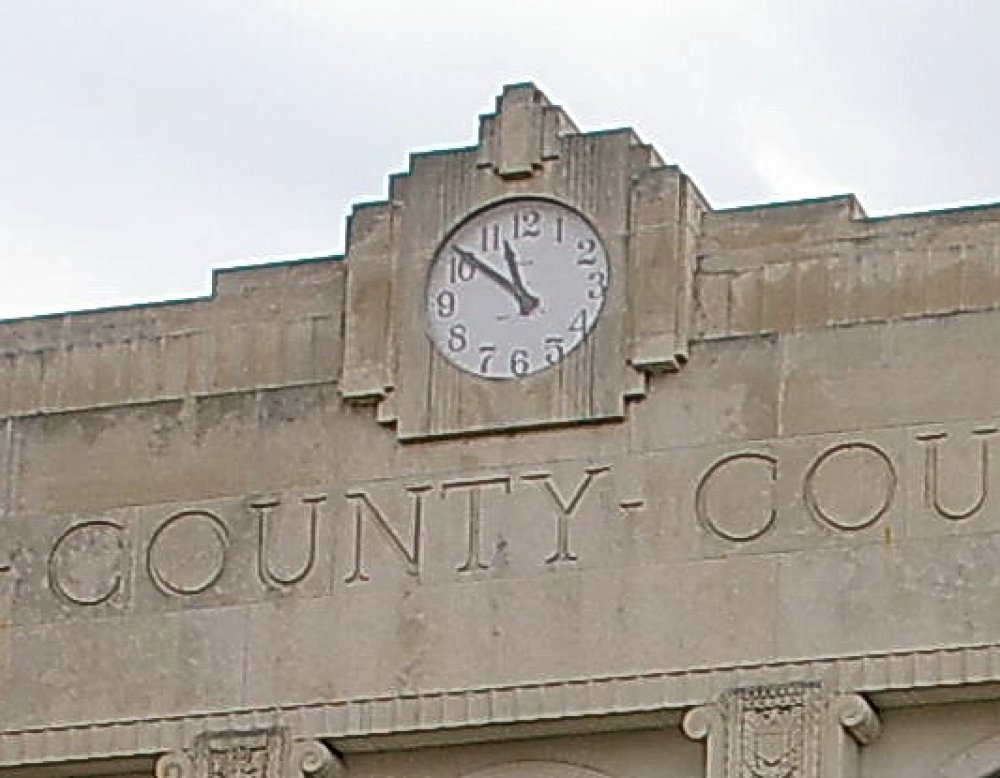 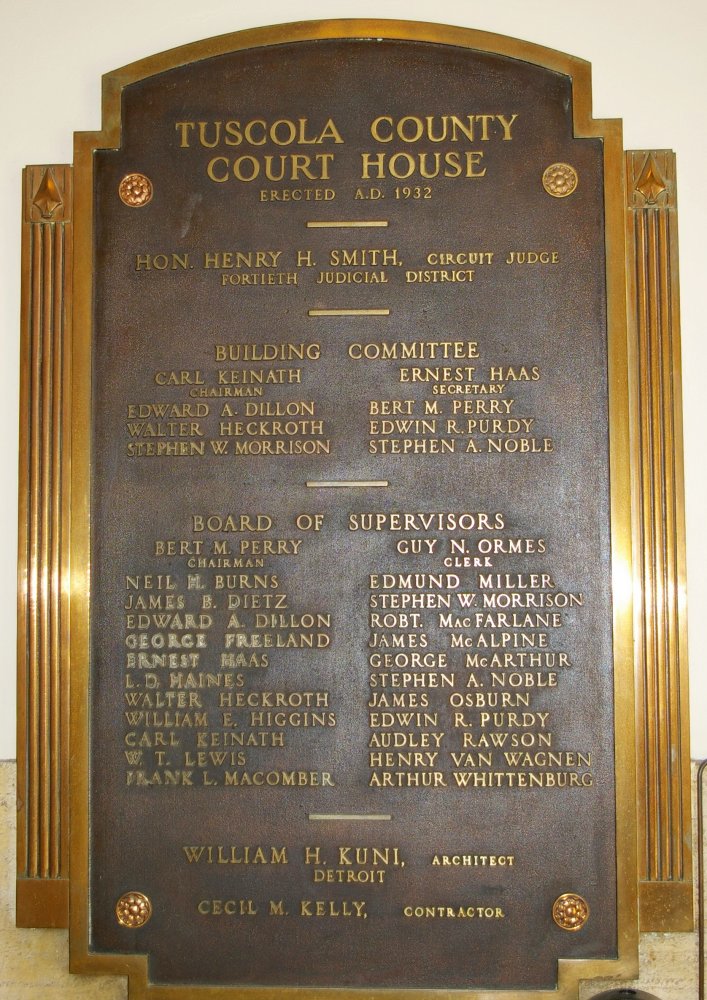 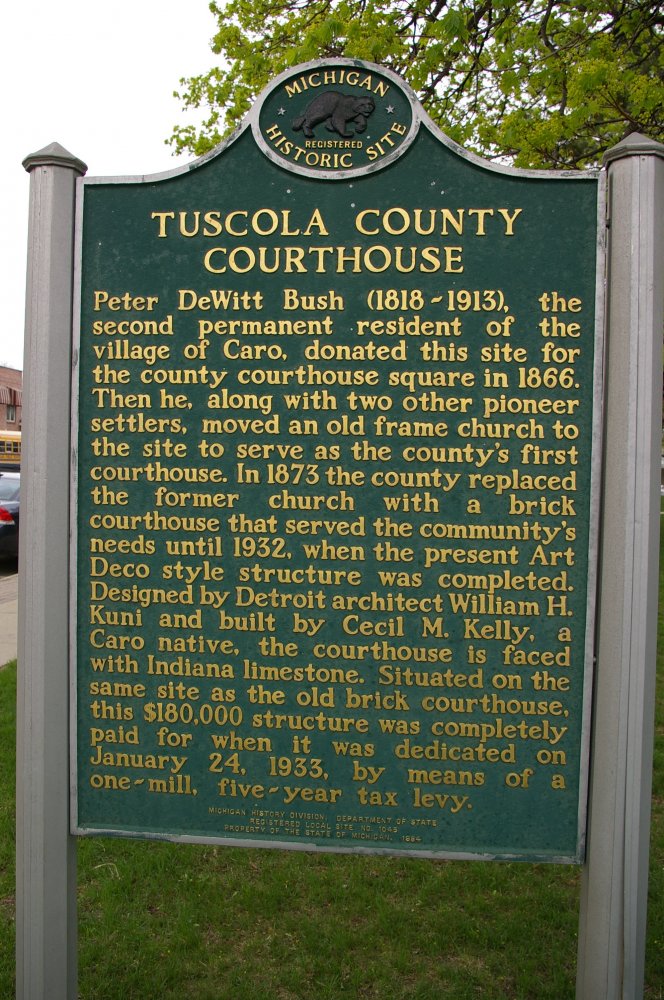