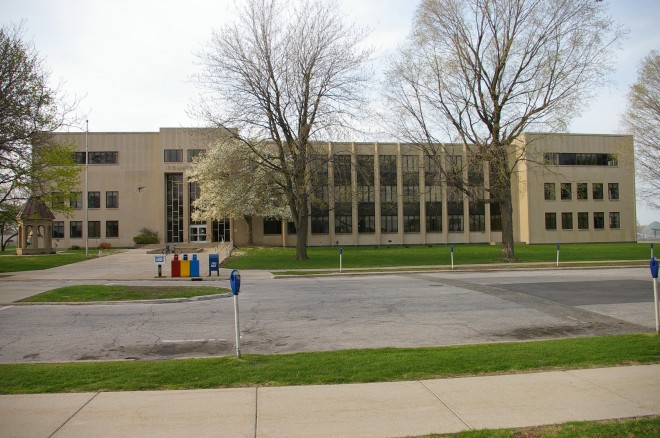 St. Clair County is named for Arthur St. Clair, who was the first governor of the Northwest Territory, or for the Saint Clair River as named by the French explorer La Salle.

Contractor:  Collins and Catlin Company of Port Huron and A J Etkin Construction Company of Detroit

Description:  The building faces south and is a three story buff colored brick and concrete structure. The building is located on spacious landscaped grounds and has the entrance on the west side of the building front. The main entrance section projects with long vertical windows on either side of the doorway and with a long vertical window above the doorway. The building was renovated in 1980 to 1982 when the third story and wings were added. The architect was Roy G French Associates and the contractor was The Management of Michigan Inc. The building was renovated in 2002. The contractor was Dunn Construction / Watson Brothers.

Note:  The previous courthouse was constructed by Stephen T Probett & Son in 1872. The building was destroyed by fire in 1949. Description:  The building faces north and is a two story buff colored brick and concrete structure. The building is located on landscaped grounds to the south of the courthouse. The north front has a one story portico at the central entrance. Behind, the building rises to a peak with glass panel walls.  The roof line is flat. 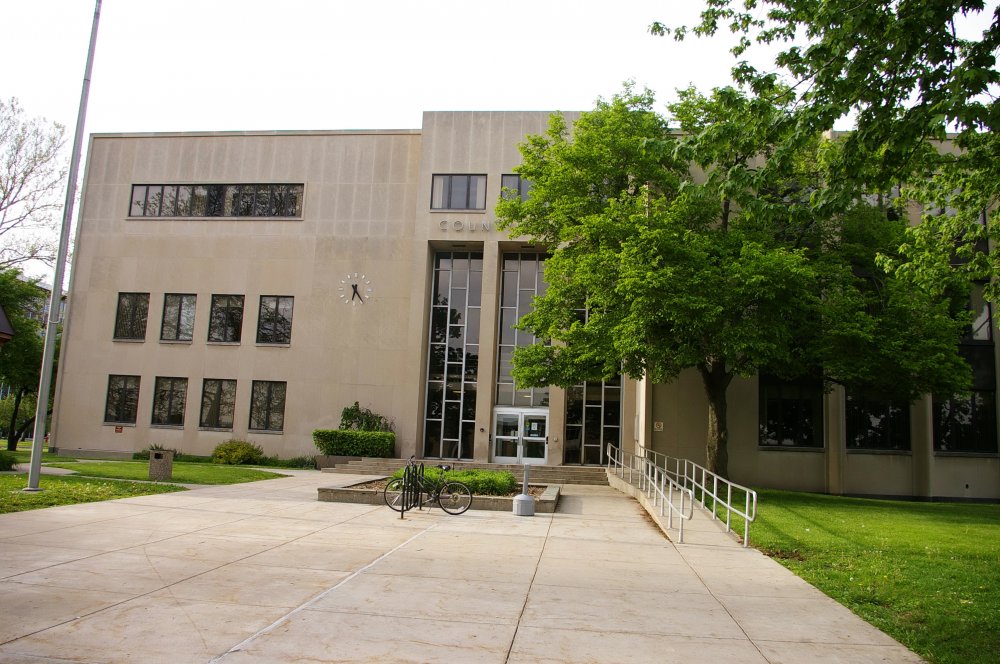 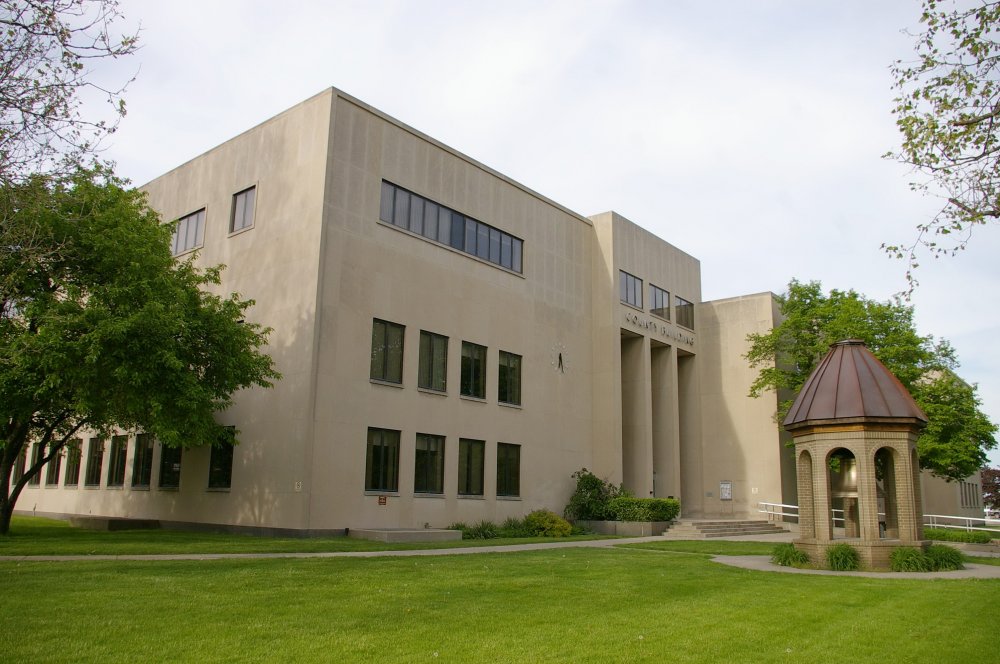 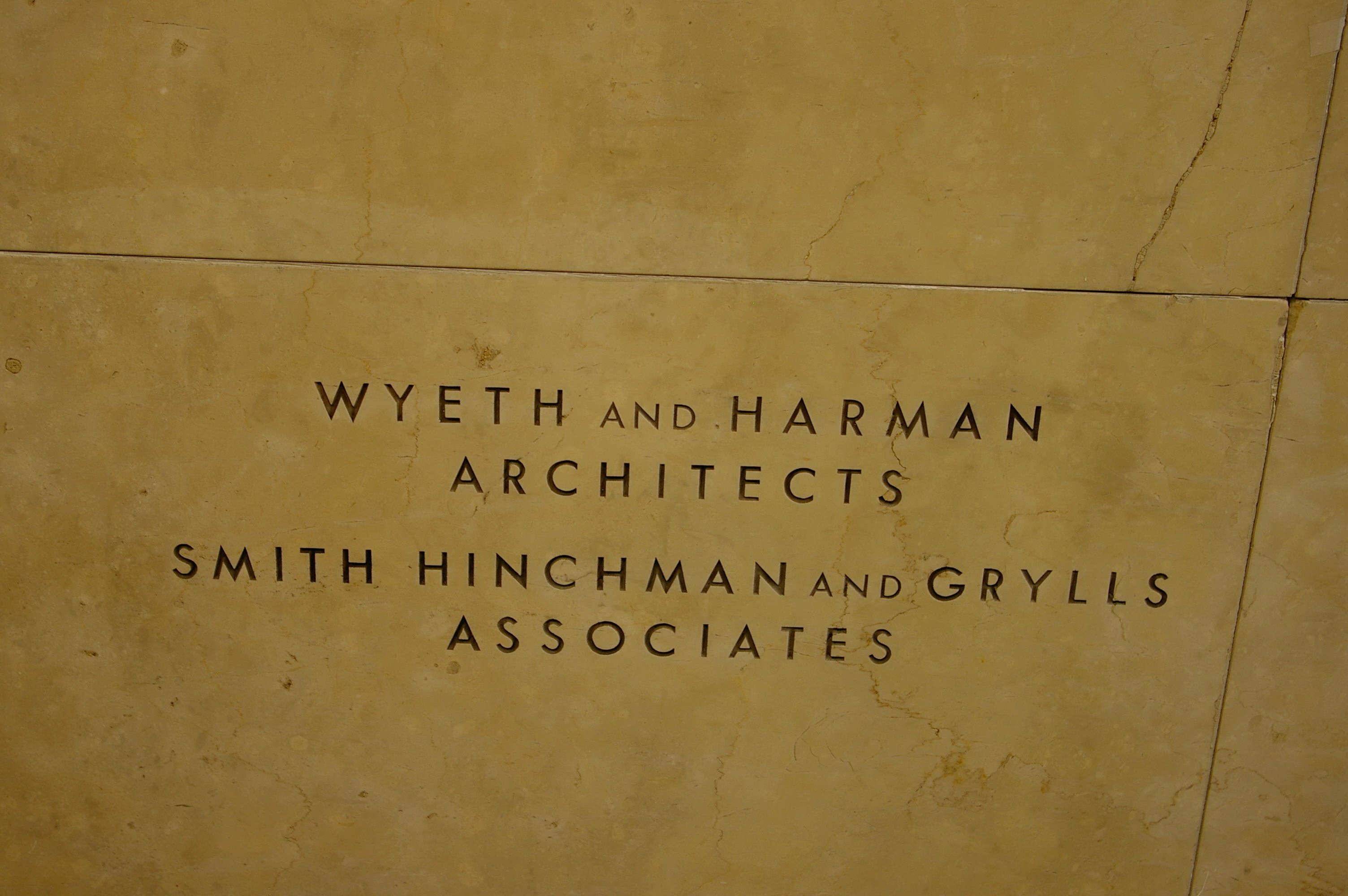 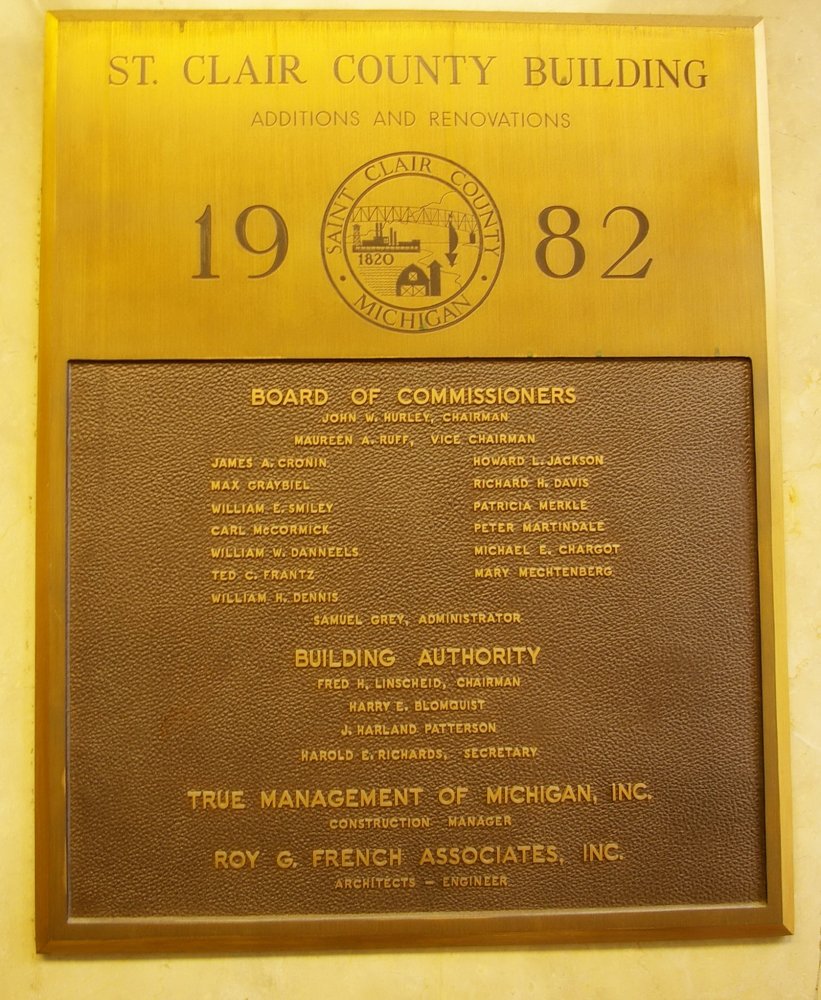 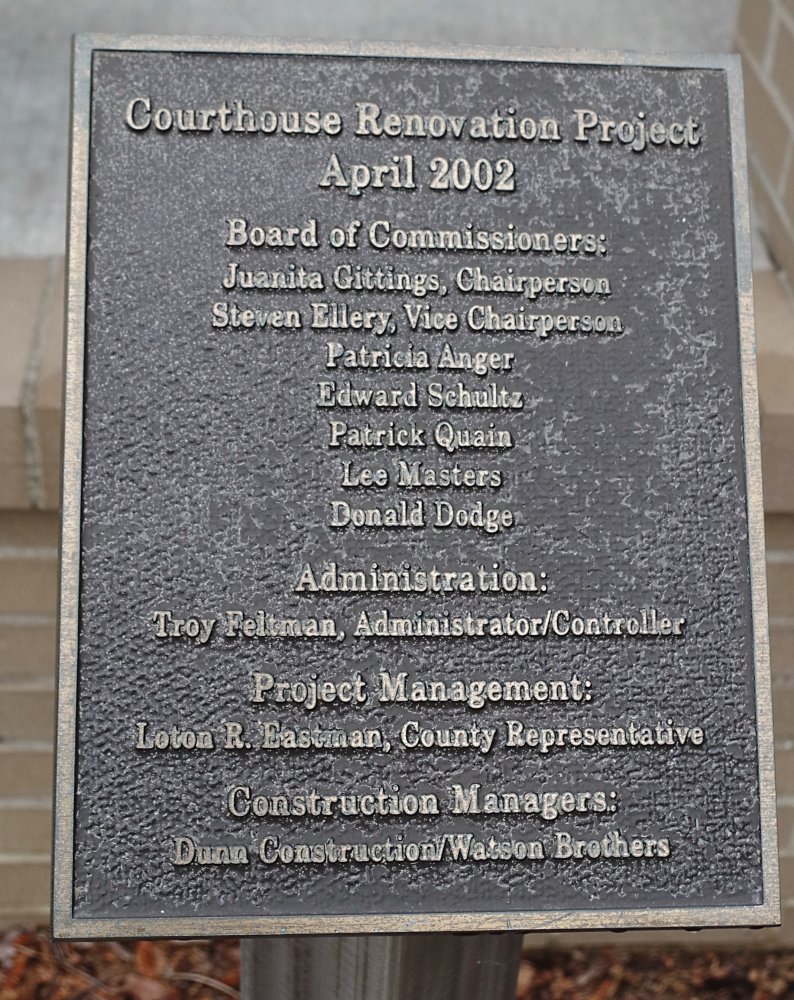 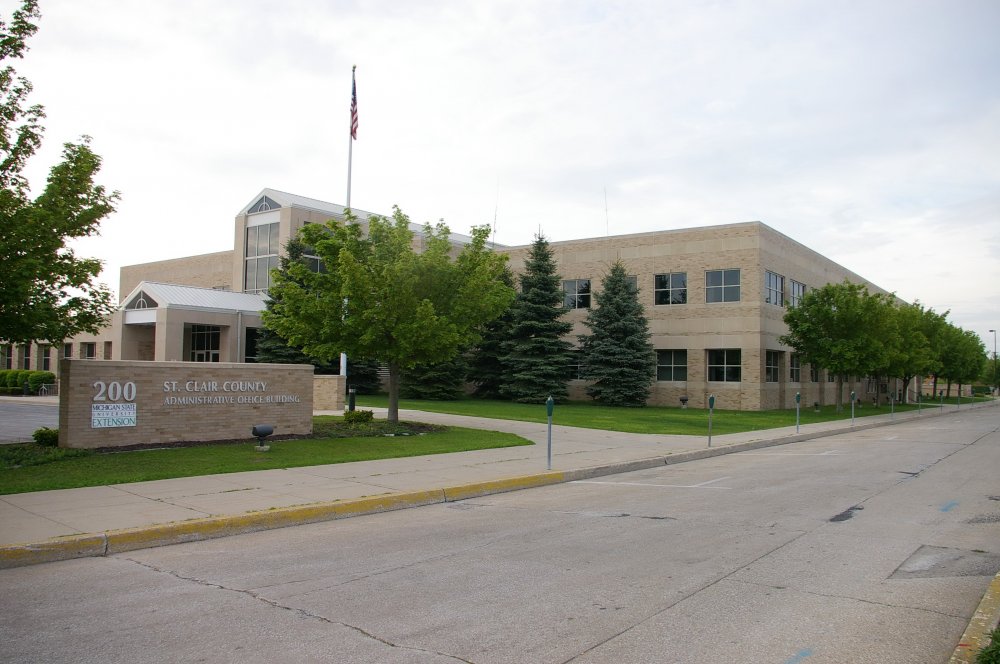 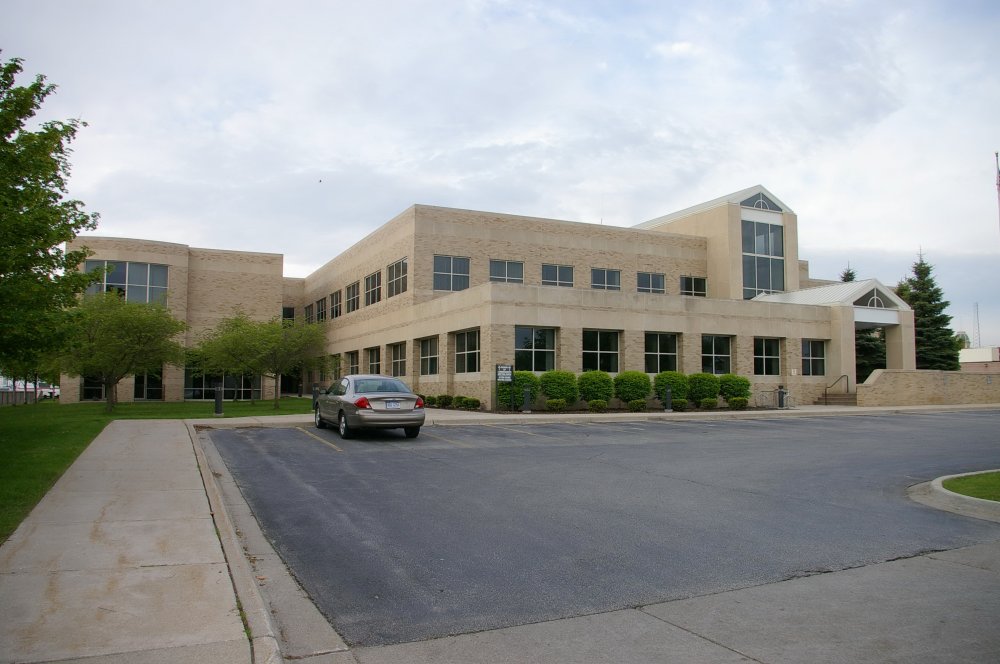